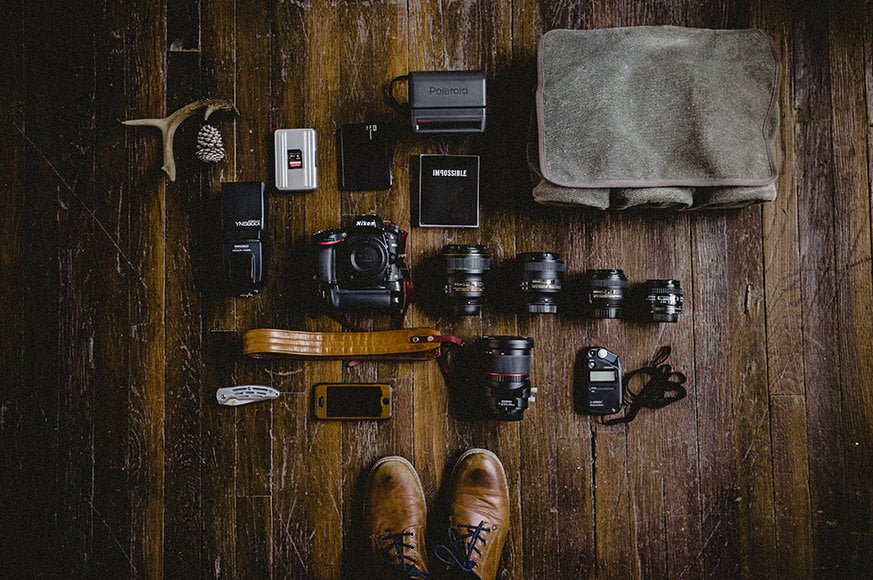 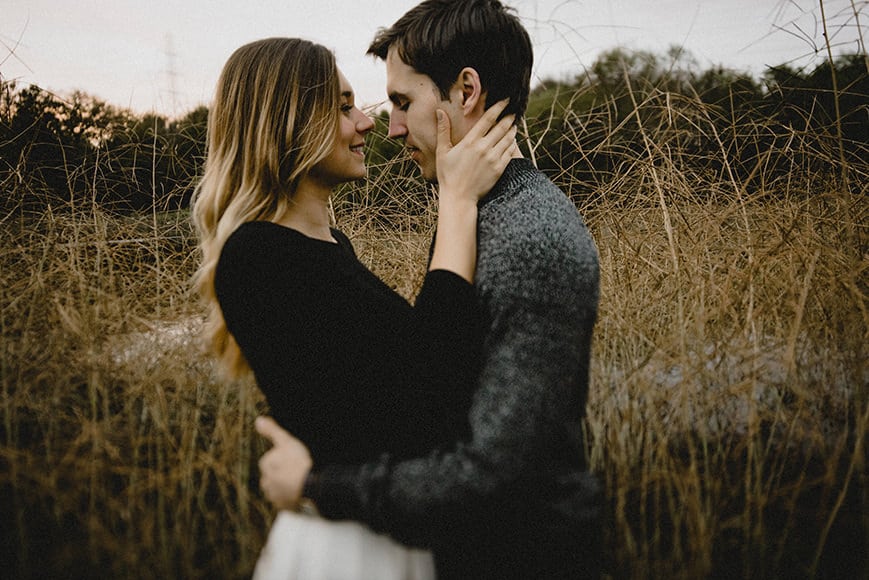 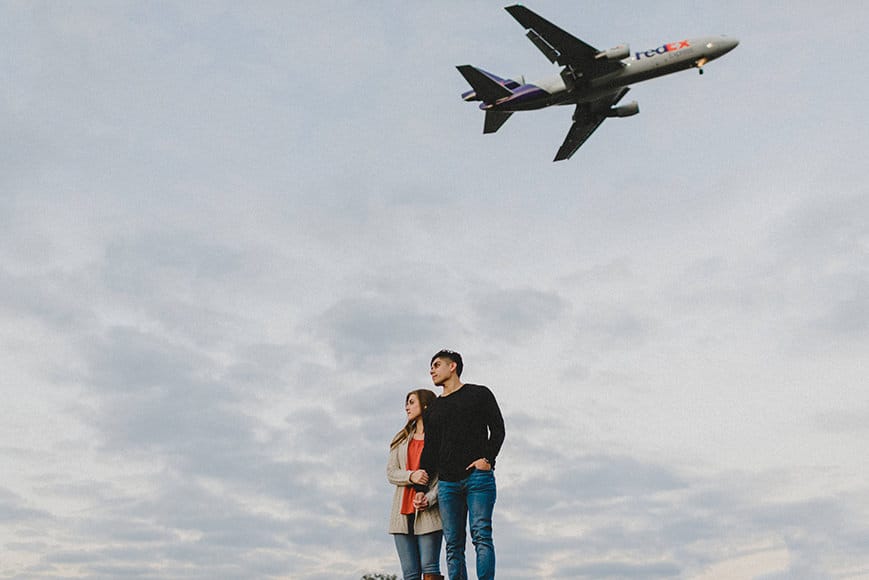 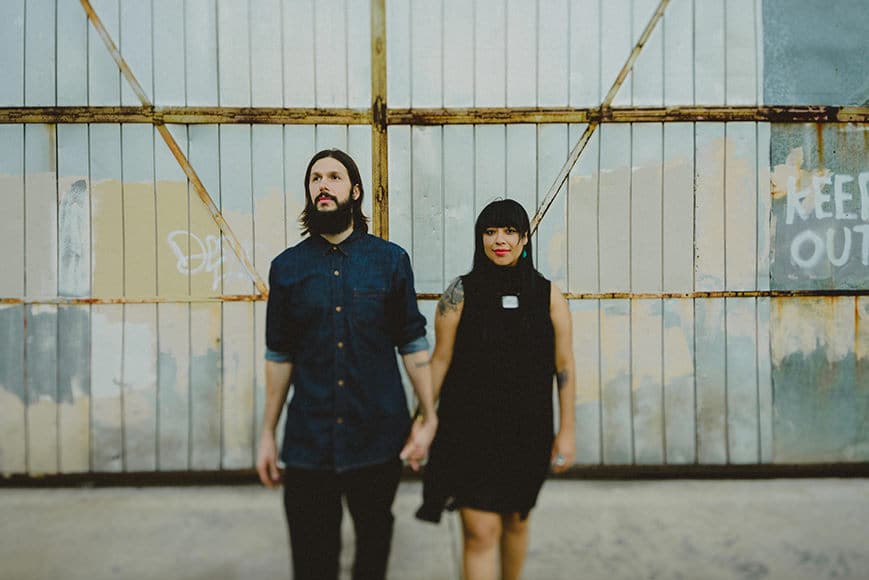 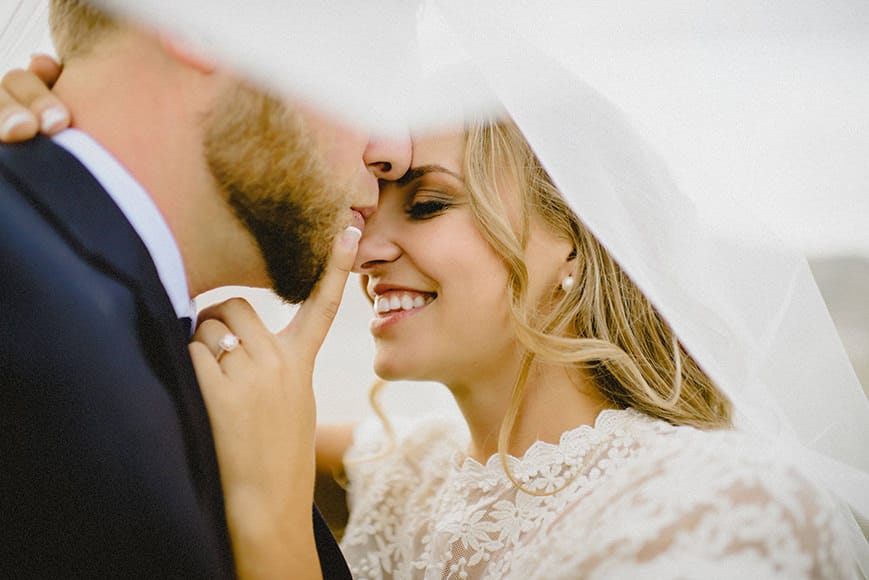 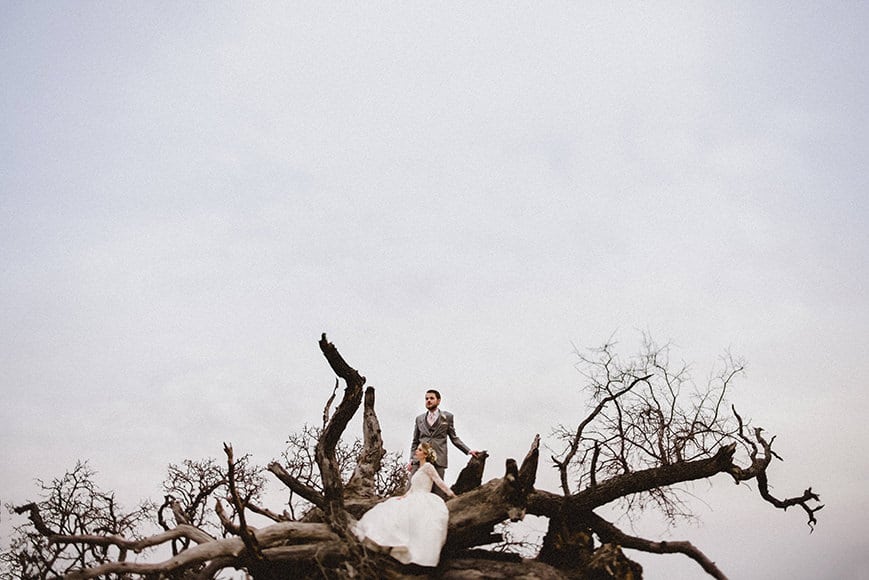 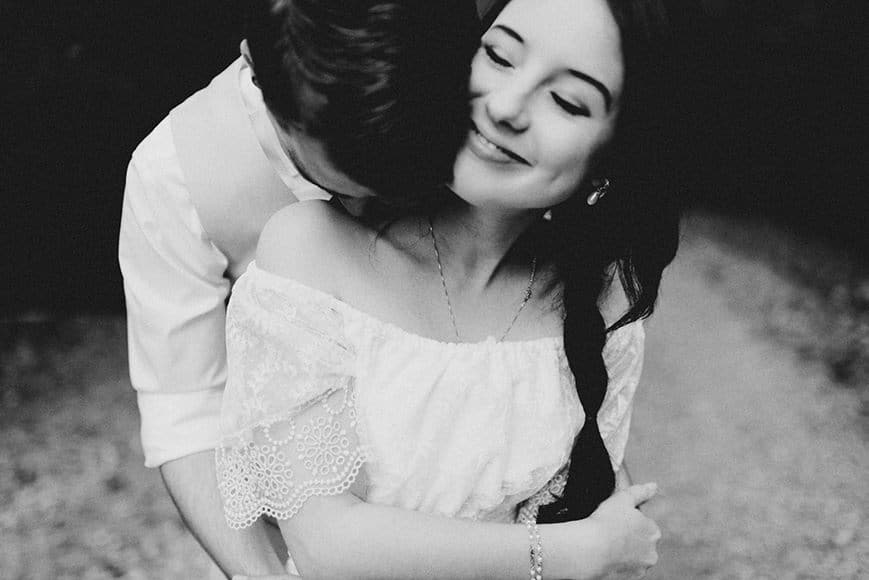 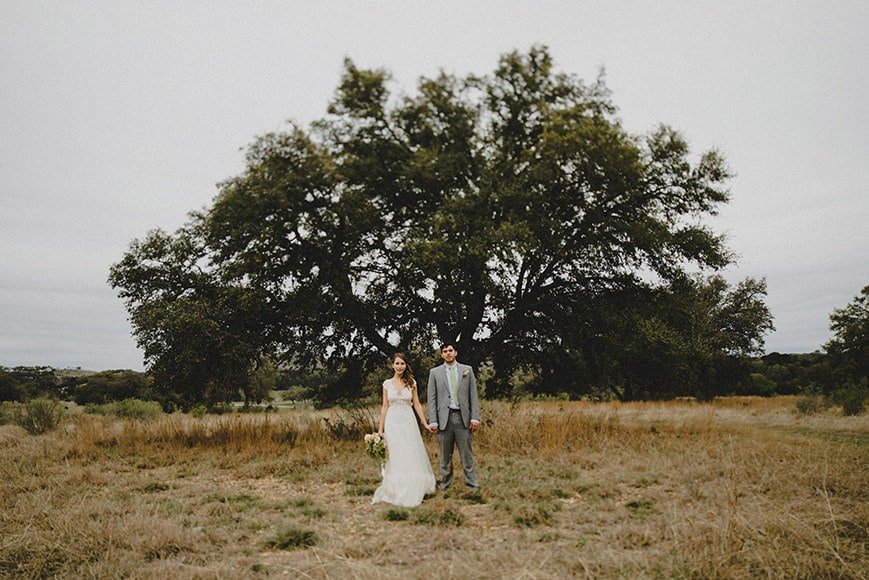 Hey there! My name is Anthony Gauna. I’m currently 32 years old. I’m a future husband and a stepdad of a 5-year-old son. I love cats, particularly my cat Lolita, and I’m also a beer and whiskey enthusiast.

Becoming a photographer was never anything I imagined I’d be doing, let alone becoming a wedding photographer. When I was young, I was obsessed with music.

When I heard Nirvana for the first time as a kid, I immediately became obsessed with them. I loved the angst and how it broke away from what the norm was back then. Listening to them became my outlet for what I felt as a child. I had no friends, I was constantly bullied, and I related to no one. I was shy, but also had so many different emotions going on inside me that I couldn’t express. With my obsession with music, I decided I wanted to become a musician.

I started learning guitar at the age of 12 and by the time I graduated high school I had a band that I was serious about. I opted to not go to college and pursued becoming a “rockstar” instead. We toured a lot and eventually had a record contract offered to us by an indie label, but we turned it down. About a month later, we broke up.

I felt lost. I tried to start other bands, but nothing worked out. I didn’t know what to do with my life. I tried going to college for various things, but I hated it and eventually had to drop out because the job I was working at wouldn’t work with my school schedule.

During all that time, I became very depressed, because I didn’t know what to do with my life. I had no direction. I’d find myself passing time messing around in Photoshop editing photos I took on a crappy digital point and shoot camera. A friend of mine saw what I was doing and told me to check out a Holga. I picked one up and after I shot my first roll of film, I was hooked. I then got myself a decent dslr on my birthday in 2010 and immediately started photographing people.

A few months later I was asked to photograph a small wedding. I thought shooting a wedding would be lame, but I tried it out anyway. After that wedding, I felt like I had found my purpose in life. It was a beautiful feeling photographing people in love. I was on the search for my own true love. And with all the bad relationships I’d been in, photographing weddings kind of filled the void I had inside of me.

In 2011, I made the decision that this was what I wanted to do with my life, but I didn’t know where to start. Plus, I was scared to. In August 2012, I was fired from the job I hated, which gave me the excuse to pursue photography as my full time career.

A month prior, I had met my girlfriend Amanda. I was absolutely in love with her. She was the true love I had been searching for all my life. I was scared to break the news to her that I was fired and was going to pursue wedding photography as a full time job. Needless to say, she was supportive. With no money saved up, she, her son, and I moved into my dad’s apartment rent free, and lived off ramen until the photography kicked off.

I’m grateful every day for what I have the honor of doing. It’s nothing I take for granted. I feel that in a way, photography saved my life. It’s given me purpose. I met my future wife while assisting another friend’s shoot, so it’s given me true love. I’m much happier now and I’m always surrounded by people in love. I only work with couples that I genuinely get along with and accept me for who I am and how I see things. And because of that, I never feel like this is a job or that I’m doing this for the money.

As far as gear goes, I’m pretty minimal. I’m not a technical guy. I’m driven more by emotion and the people I photograph. Plus, since money was tight for me when I started out, I’ve gotten used to making the most out of what I have; most of my gear I’ve bought used.

I’m also minimalistic when it comes to my editing. Not only does it help me get through editing a lot quicker, but more importantly, it allows me to have a consistent look.

I use two Lightroom presets that I created myself: one color and one black and white. I love warm colors, so I usually will shoot with the Cloudy white balance setting on my camera. If I want a little more warmth in an image, I’ll either slightly bring up the temperature in Lightroom or add a bit of yellow or orange in the shadows using the Split Tone section in Lightroom (see guide). I then add a little bit of grain using Alien Skin Exposure since I don’t care for the look of Lightroom’s grain. That’s the gist of my editing.

My first full frame camera I could afford and the only camera I currently shoot with.

I like having a grip on my camera. Once again, this one was more affordable for me.

If I could only own one lens, this would be it. I shoot 85% of my work with this lens alone. It allows me to photograph right in the action and up close and personal.

Not a lens I use all the time—only when I’m in the mood. But it’s a nice wide lens to have fun with.

This is my second most-used lens.

I primarily stick to this lens for wedding reception shots cause you can fit more action in the frame. It’s also great for getting all up in everyone’s business while they’re on the dance floor.

This is one of those lenses I rarely touch. It’s mainly used for those rare occasions when I’m not all up in everyone’s business. Can come in handy sometimes.

Sometimes I shoot film for personal work. Other times, I just want to get a really quick reading. I’d much rather use a light meter (see guide) than the in-camera meter.

I have yet to be able to afford a Nikon Speedlite, so until then, this one gets the job done. Besides, I only use flash if I absolutely need it.

SanDisk has never done me wrong. I won’t shoot on any other cards.

Amazon SD Card Holder
Gets the job done, but I want a better card holder. I’ll be taking your suggestions on what to get.

I listed this because it allows me to be portable when I edit. Plus, it acts as my second back up source for RAW files until I deliver the final images.

I always take Polaroids on wedding days. I shoot at least two Polaroids of my couples. One for them, one for me. And if your bride’s mom is out with you at the bridal shoot, shoot a Polaroid of the bride and give it to her mom. They cry almost every time.

I love this film. Color or Black & White. I almost always take advantage of the expired film sales too.

This strap is most comfortable strap I’ve used.

Since I only shoot with one body, this allows me to keep lenses on me if I need to change one.

I listed it because it has so many uses. Light meter app if I’m in a bind, sunrise & sunset app, cell phone photos for fun, the Dark Sky app for keeping up with the weather, and my calendar, which is where I store the wedding timeline.

27” iMac
When I’m at my studio, I love editing on this bad boy because of the huge screen.

13″Macbook Pro
For when I need to edit on the go.

This is my backup body just in case. But I never shoot with it. 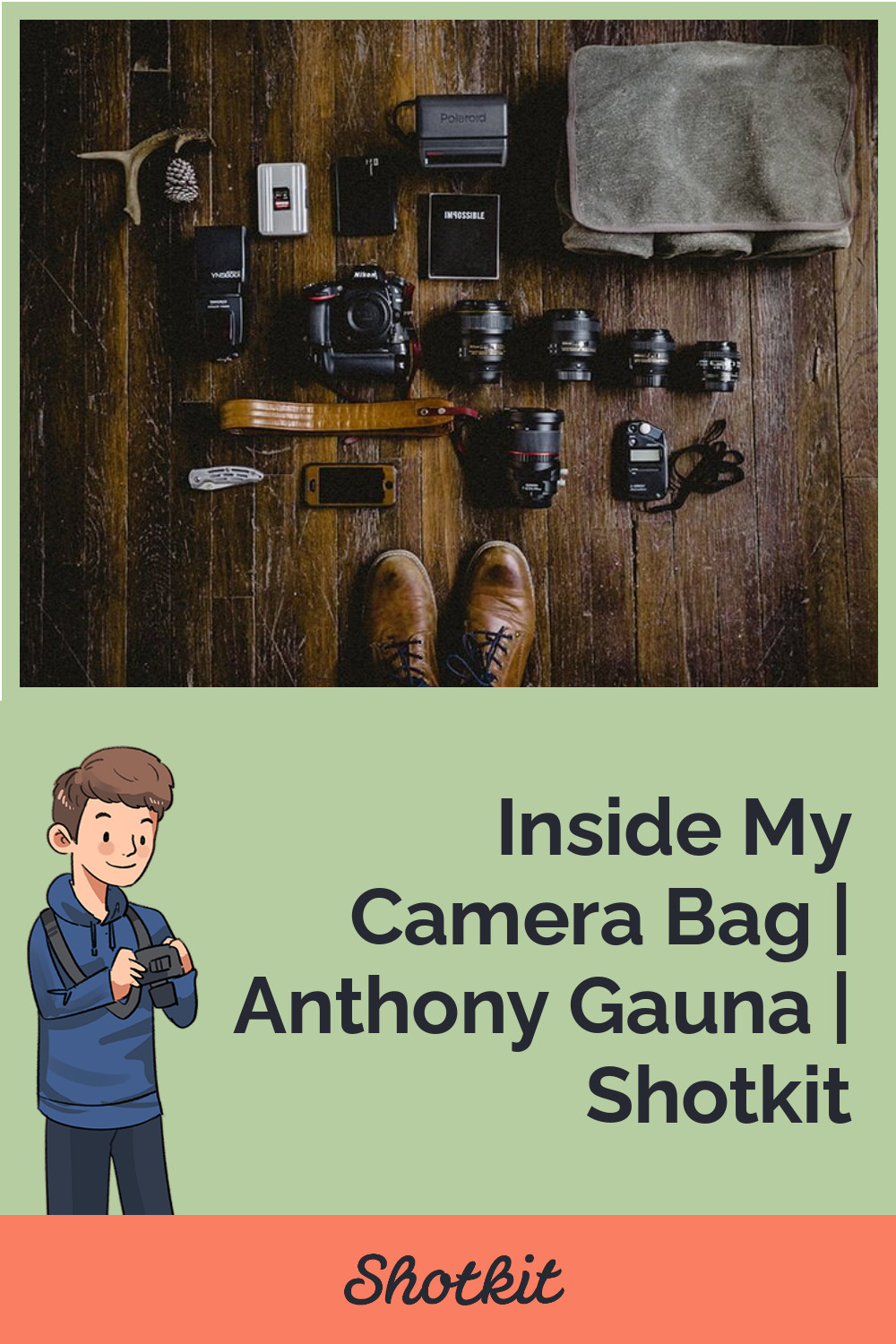