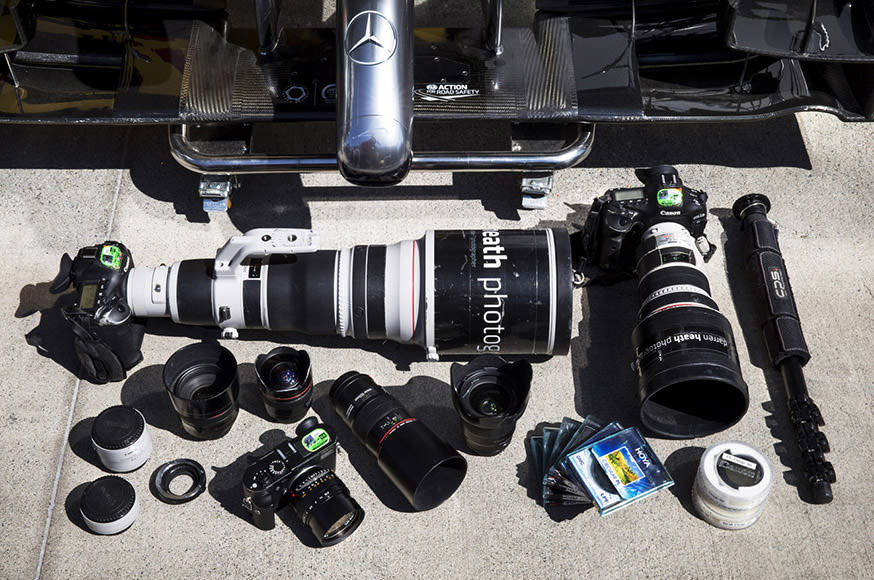 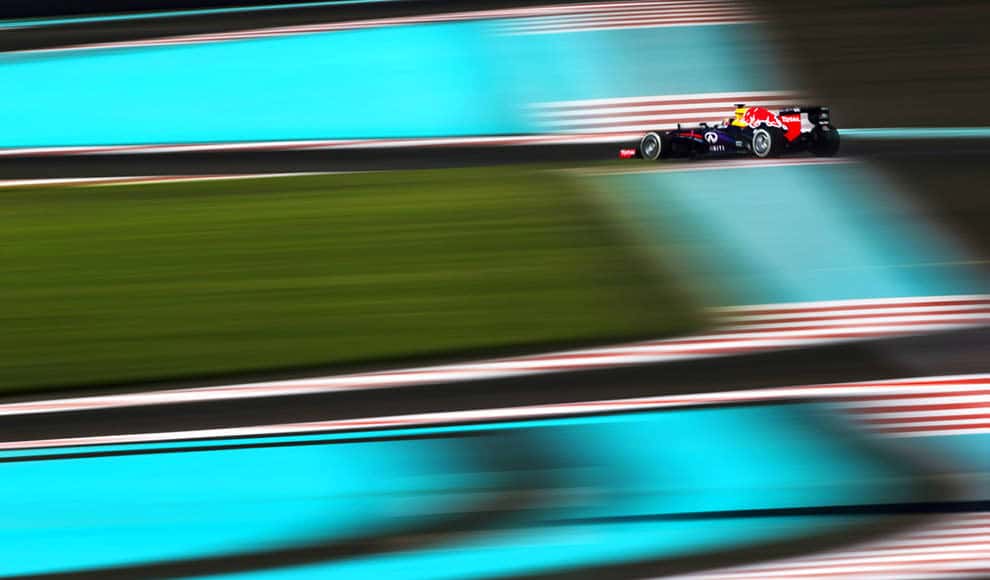 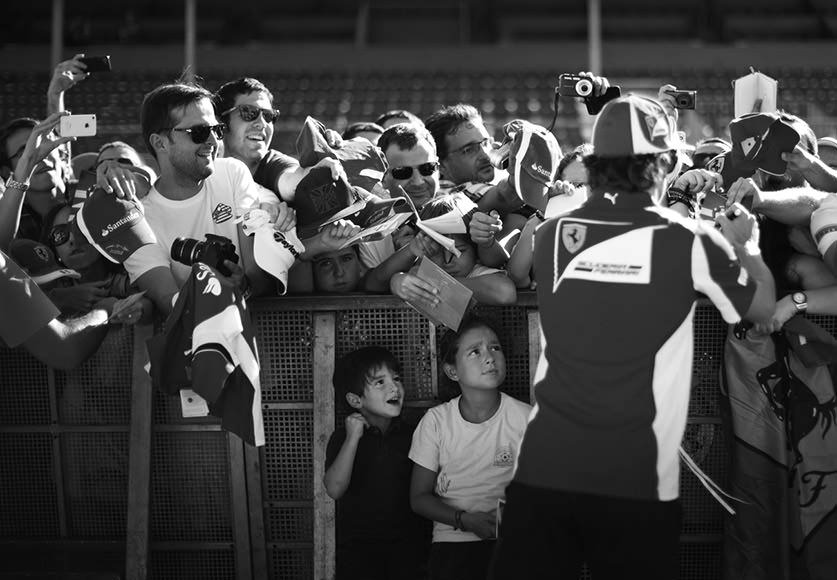 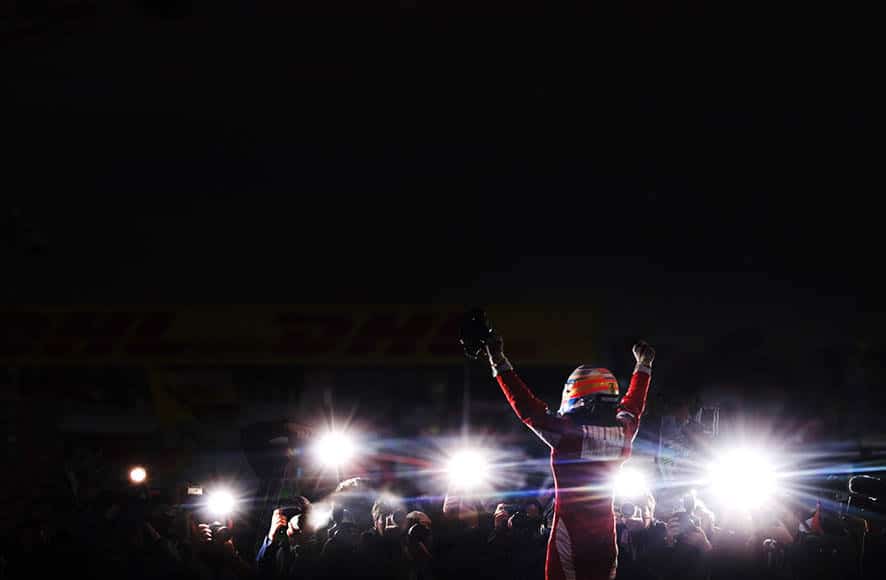 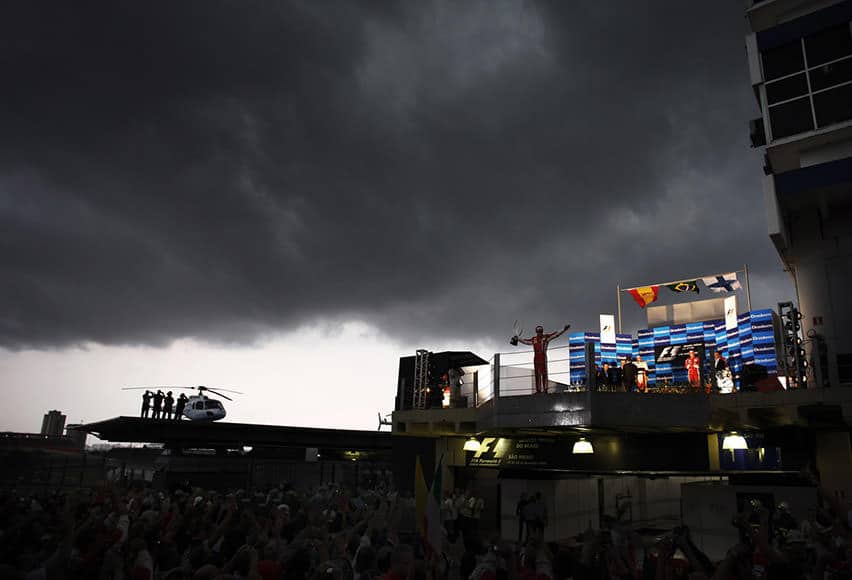 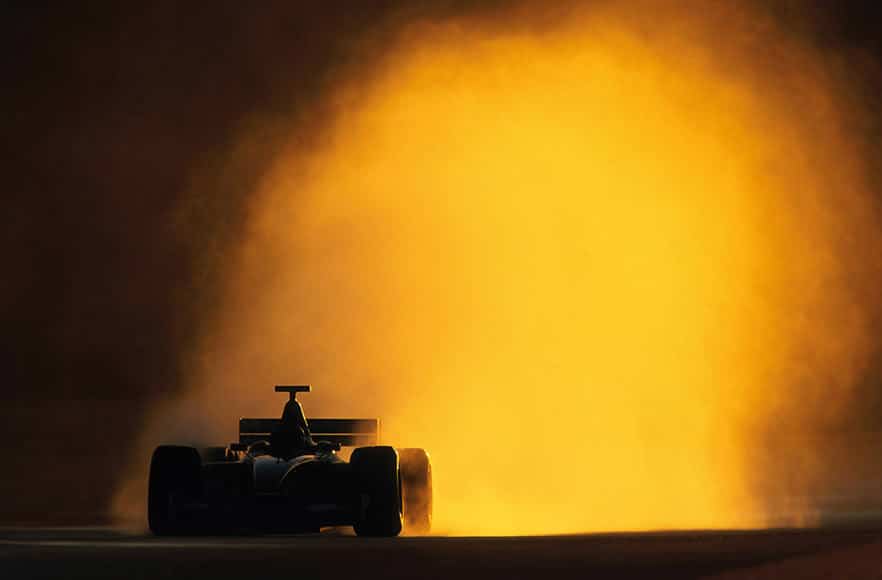 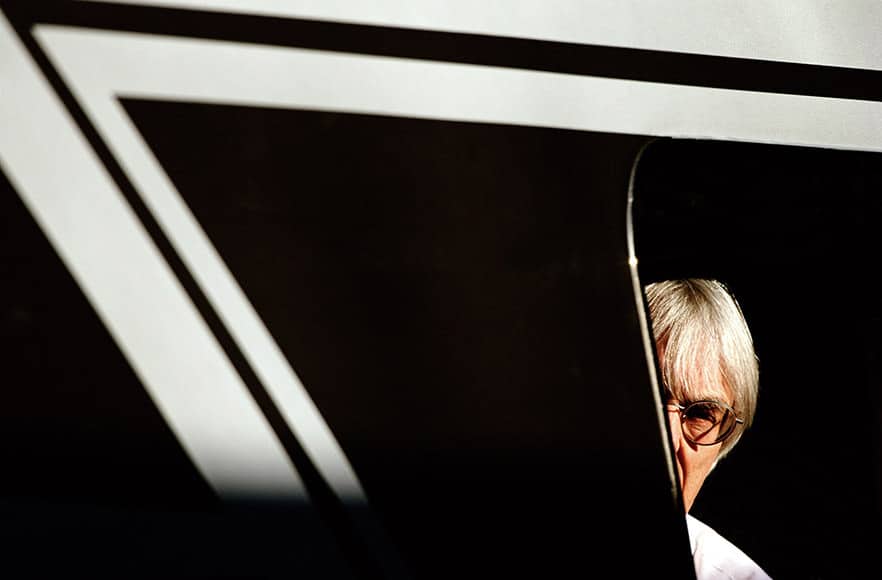 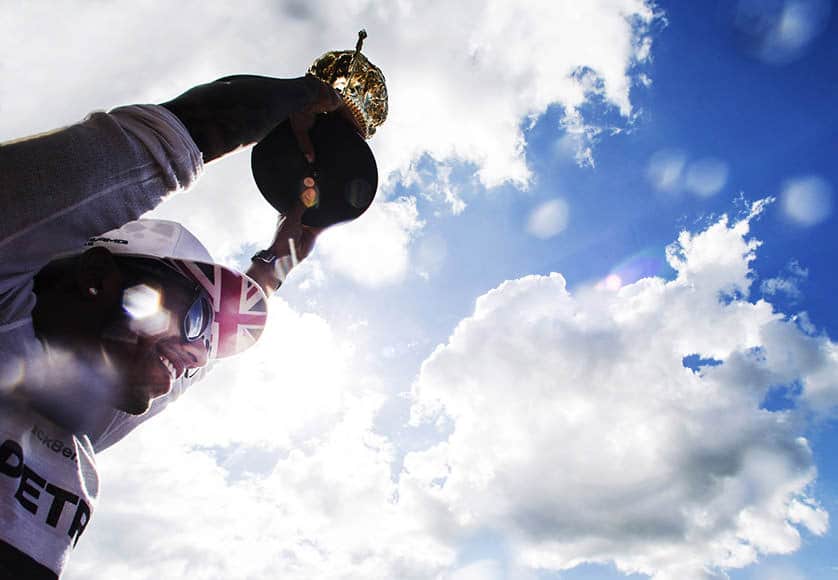 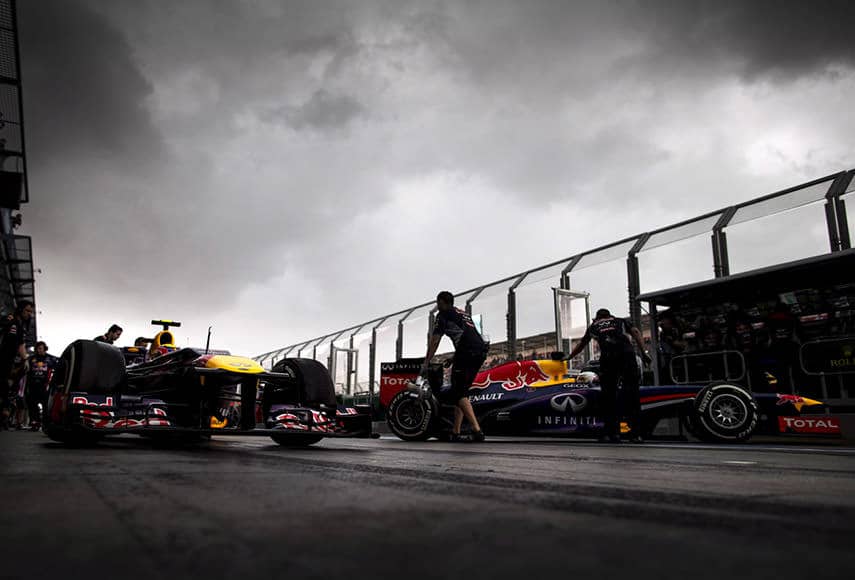 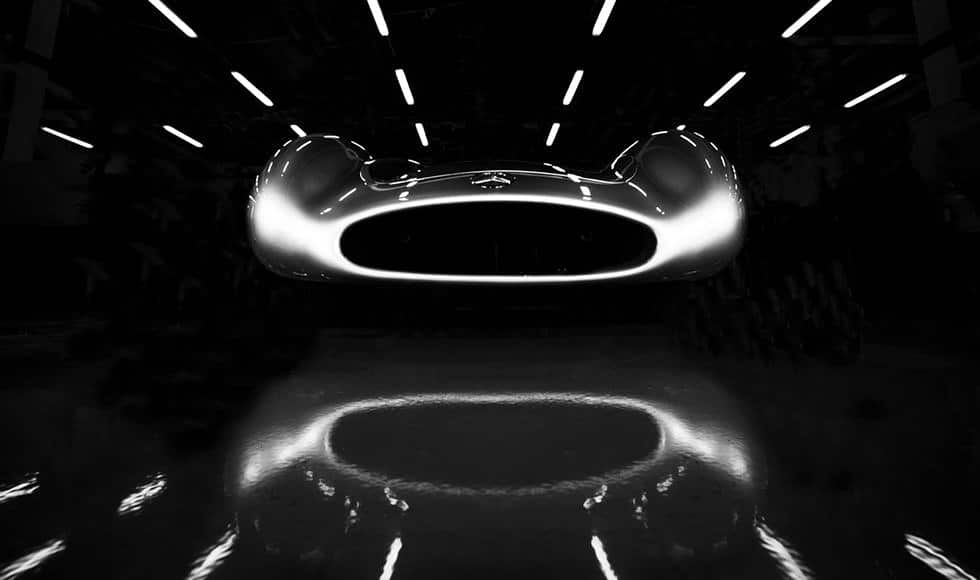 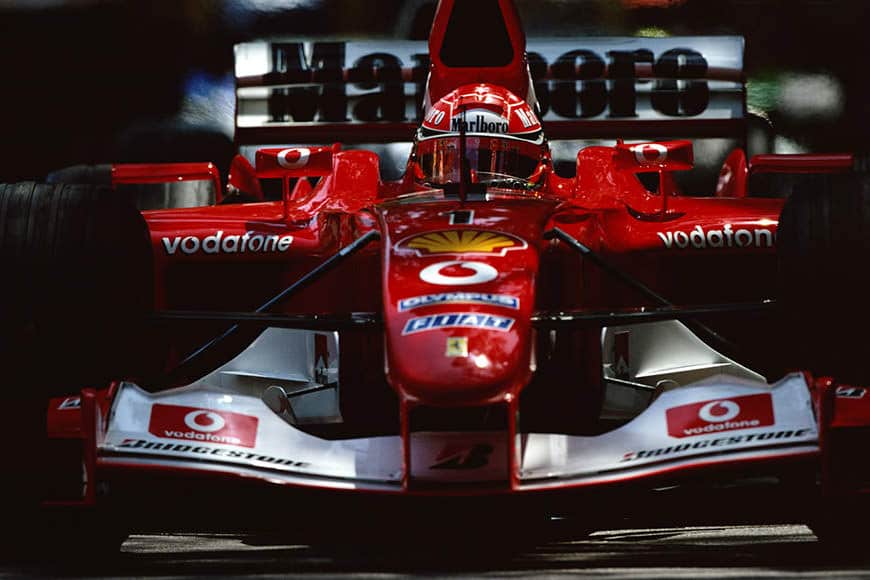 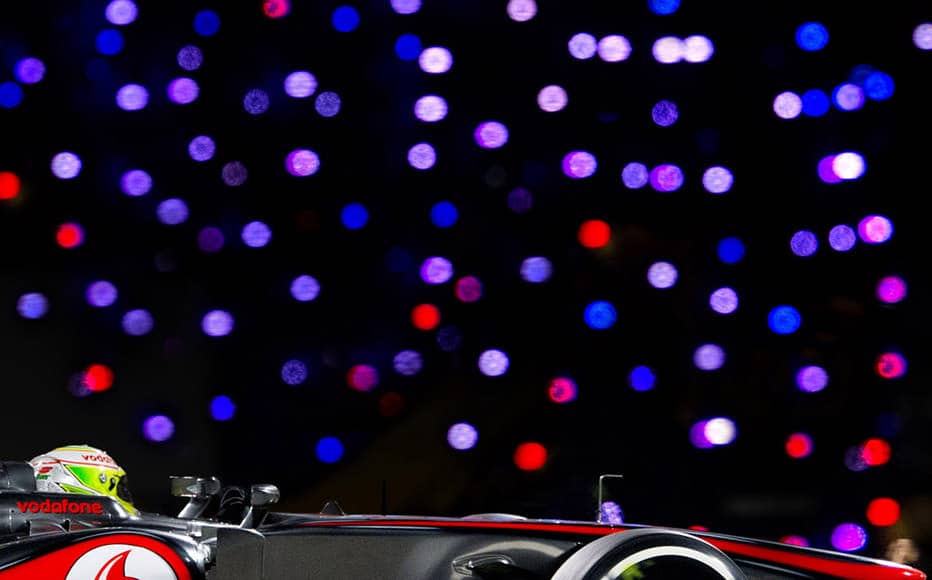 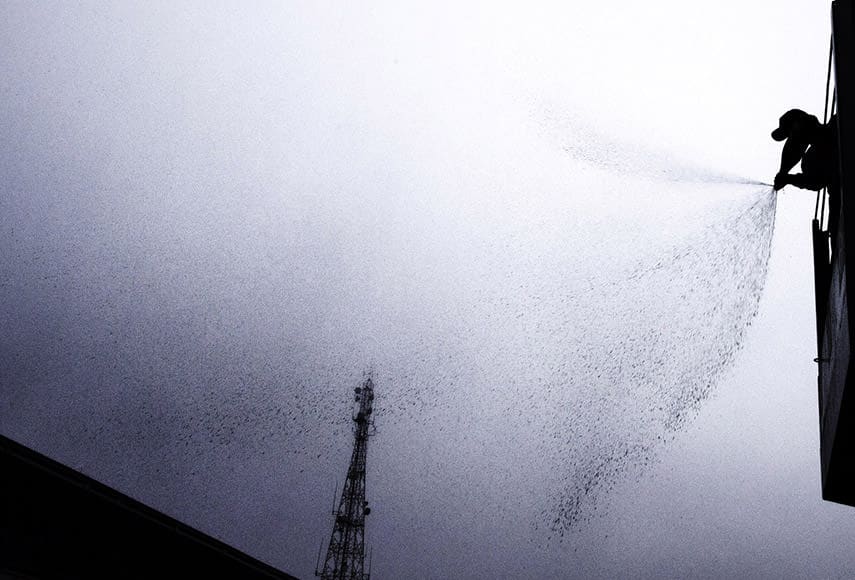 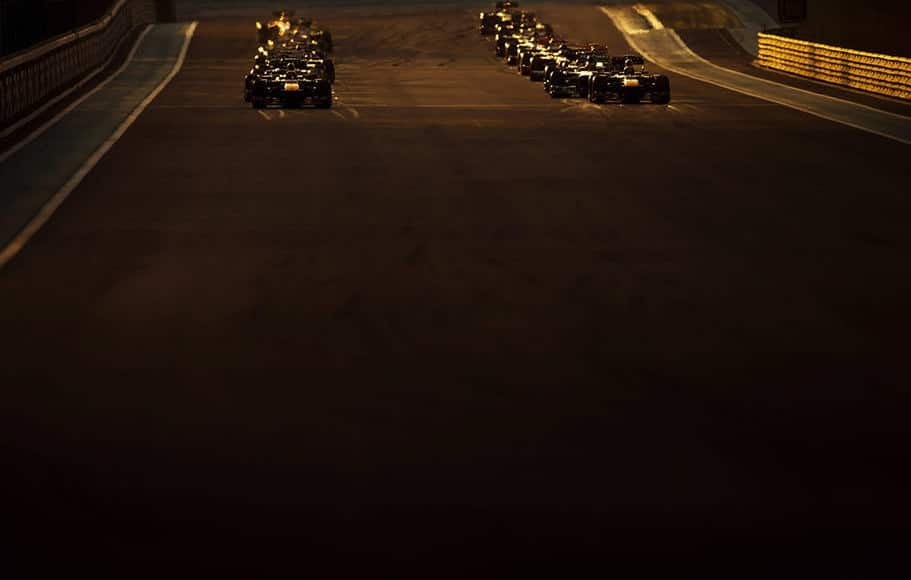 It’s only ever been about Formula 1 I guess. From a very young age I watched races on television and attended events with my father primarily at Brands Hatch, a circuit 20 miles south east of London. At about the age of 13-14 I started taking photographs and quickly realised I enjoyed the art immensely so opined to combine the two. From then on 90% of my spare time was spent pursuing my dream of one day becoming a photographer of F1. Of course I did, and still do, like almost all forms of motor sport but I aimed for the pinnacle so Formula 1 was the goal.

2014 is my 25th year working professionally in the sport and – thankfully! – I still look forward to every race and feel incredibly fortunate to travel the world and get paid to take pictures of racing cars.

Photography is, as all involved know only too well, essentially a very subjective art. One man’s meat is another’s murder. I work very hard to get across as many elements of what happens over a race weekend so as to – hopefully – make people aware that F1 is far more than 65 laps on a Sunday afternoon in some far-off country.

The goal is to get across to the end viewer of my work the feeling that I have for a sport I adore; the colour, the speed, the noise, the spectacle that it is to see a thoroughbred racing machine driven to the limits of it’s abilities by the men who pilot them. Focussing on the human element of the sport by spending time with the mechanics and engineers –the guys who work long into the night fettling the cars in a never ending quest to gain a thousandth of a second in time over their rivals. In essence F1 is a people sport, a fact that so often gets forgotten amidst the technological arms race that the sport undoubtably is.

As you can see from the picture of my photographic equipment I shoot with Canon cameras and lenses. When attending races as a teenager I lusted after a Canon ‘New’ F1, eventually owning a pretty good ‘amateur’ kit. As soon as Canon took the bold and forward thinking step of introducing the EOS range in 1989 I invested in the new system.

Fast forward to now, I shoot F1 on two Canon 1DX bodies through a variety of lenses. As far as my choice of glass is concerned I’ve long been of the opinion that one is encouraged to be a better photographer creating pictures through prime lenses. One has to move to make the picture rather than simply twist or push/pull the zoom ring. Of course there are quality benefits – to using fixed focal length optics – but if one is shooting with high specification versions that’s not really an issue as contemporary zoom lenses perform to a very good level.

As is the case with so many photographers I long lusted after a Leica. I recently took possession of the Leica M240 and a Leica 50mm f/0.95 Noctilux lens. I adore both of them, revelling in the joy of using a camera that is contemporary in function while retaining a gorgeous feel of the past.

My equipment used at the 2014 Canadian grand prix – where the picture was shot – was as follows:

I try to keep my equipment to as streamlined as possible especially as I shoot only primes meaning – obviously – I have to carry more glass than if I shot with zoom lenses.

20 or so years ago almost every photographer covering Formula 1 – almost exclusively – shot with wide to standard and medium telephoto zooms. My work with prime lenses influenced many to ditch their push – pull obsession resulting in fixed focal length glass being used by a majority of snappers in the sport, even including more paparazzi style news agency shooters!

My photographic techniques I guess boil down to the basics of good composition with effective use of natural light being of paramount importance. I’m a firm believer in photographic fundamentals such as the rule of thirds, thinking long and hard about how a pictures constituent parts go to make up the whole image. The balancing of elements within the shot, leading lines, symmetry and patterns, one’s viewpoint, the depth, and the pictures background, to name but a few.

For the young guy (or girl!) who dreams of photographing F1 as a career I’d simply encourage them to practice, practice and practice some more – as a teenager I used to shoot cars passing my bedroom window so as to improve my panning technique! – settle upon a style, think about the end result of all your images, only show your best work and NEVER work for free.

Study the work of those working in motor sport photography and also – as I often do – those working in other fields of the art. It is very possible to bring elements of landscape, portrait, still life and of course reportage photographers’ work into one’s motor racing coverage. Particular favourites of mine being Maier, Soth, Egglestone, Shore, Kandar etc, etc. I also love the cinematography work of Roger Deakins and Greig Fraser.