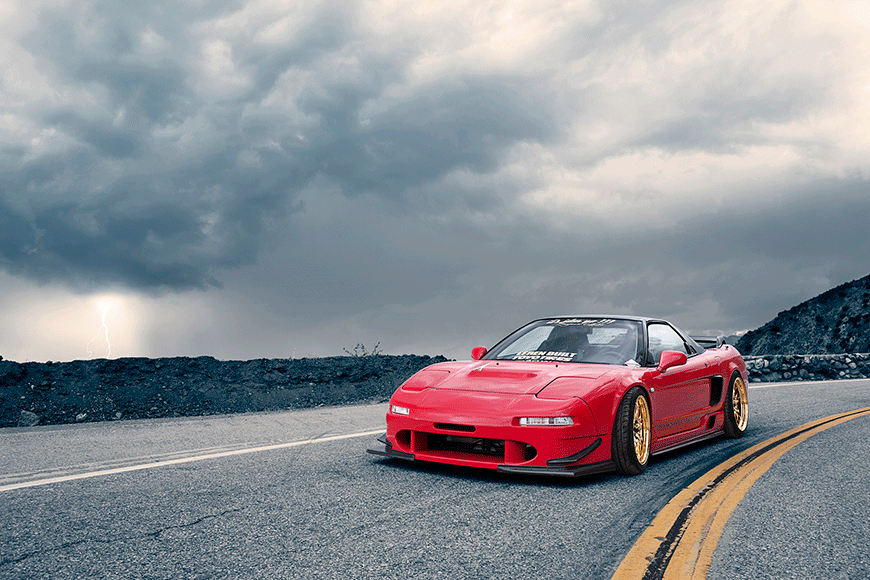 My name is Nate Hassler. I am a Los Angeles California based photographer, concentrating primarily on automotive and lifestyle fashion work.

How did you get started in automobile photography?

I first started shooting cars back in my early 20’s. I had a couple of Honda project cars that I wanted to shoot and share my photos with message forums like Clubsi.com and Honda-tech.com. My first couple of shoots were just awful, but I kept after it and began to really enjoy shooting cars. Eventually, I landed a staff position with the now defunct Modified Magazine, and from there my car portfolio just kind of built itself up as I would shoot more and more.

Cars were not my first dabble into the world of photography though, my father is a retired commercial photographer himself so I had been around the craft for my whole life. The transition into automotive photography was gradual, but a natural progression. Lately I have been very interested in shooting people with cars, but not in that cheesy “girl in a bikini on the hood of a hotrod” type of way. That style never really did much for me. 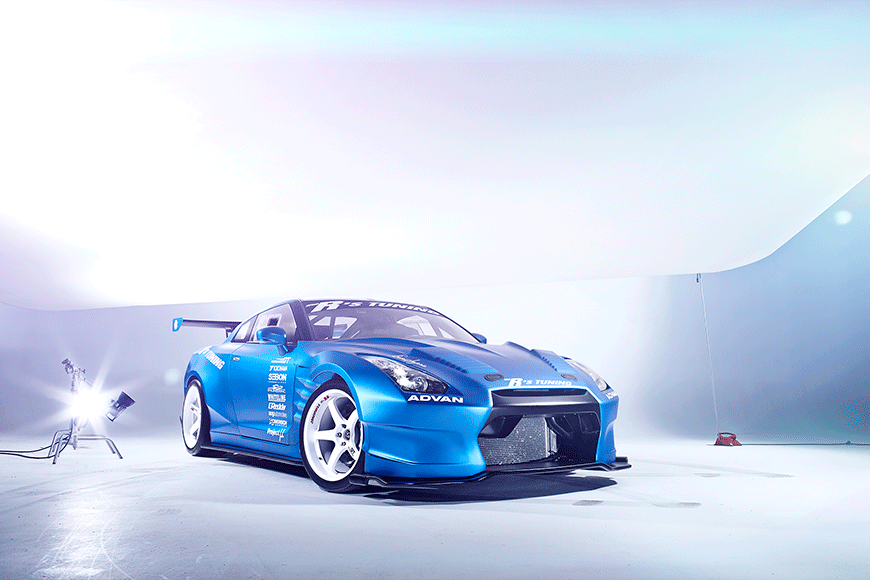 Describe a typical automobile shoot for you

The thing here is, I can’t really describe a “typical” shoot, because each time it’s different. Also, the style I’m going for will dictate the way I shoot. Generally speaking though, I will follow the light and shoot whatever works best with where we are in the day. I always have a shot list, or at the very least, a mental “must have” list. When I shoot editorial stuff, it’s more open ended usually; I can kind of shoot whatever looks cool and at the end of the day, I leave with a happy client. Commercial work tends to be more specific, often times angles and even the entire style of the project all comes down to what the client wants. 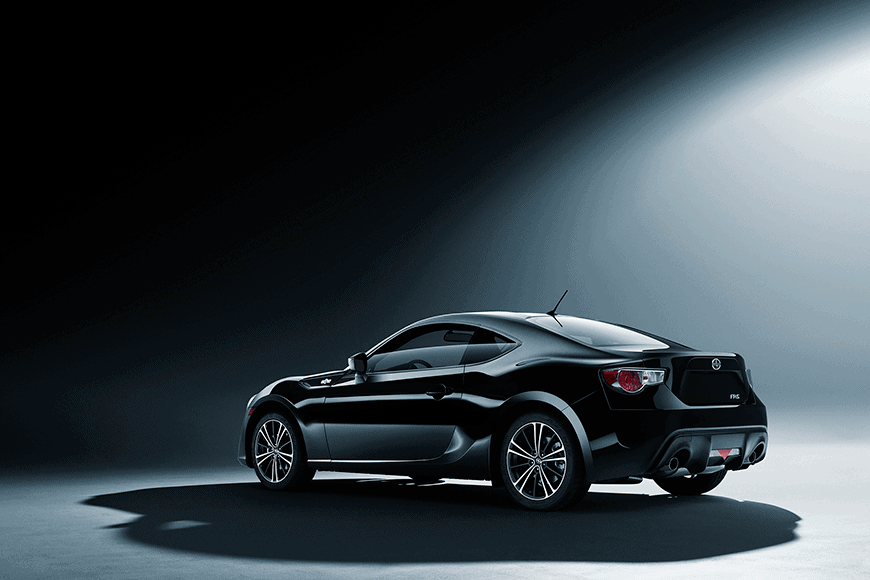 Most of the time I shoot with natural and bounced sunlight. That is partially a style choice, and partially a matter of time and how quickly I need to work. I like to light cars on location sometimes, but again that’s a style choice that I’ll approach on a case by case basis. Shooting in a studio is a whole different story, in there I will try to use Broncolor or Profoto strobes, I’m not really a fan of continuous lights personally, I avoid those when possible. Aside from Kinos. Kinos are rad. 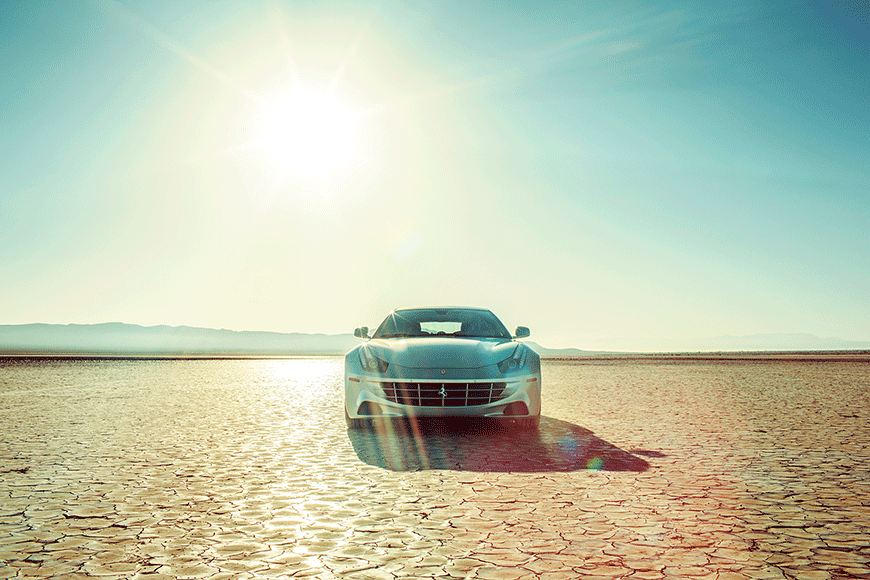 Describe the need for so many types of filter

The circular polarizing filter is like the staple of car photography; it’s one of those things that you really just have to have with you. That being said, it’s a tool you learn how to use, and then selectively choose not to use under certain circumstances. But it’s definitely a thing that I use almost all of the time, and rarely leave off as an aesthetic choice, like if I want to have certain reflections and/or glares on part of the car. The graduated ND filters are good for knocking down the exposure in bright skies, just like how you’d use them for landscape photography. The two genres have a ton of crossover too; landscape is my real passion at the end of the day. In order to shoot cars well, you need to have a good understanding of landscapes, and urban landscapes. Just knowing how shapes in your frame can help or hurt you is a huge part of the battle, as you would expect.

The regular ND filter kit is used mostly for rig shots when it’s too bright to do a long shutter speed, like for example in the middle of the day. I sometimes use those to allow me to get motion blur in other ways too, like blur or light trails from passing cars or people. 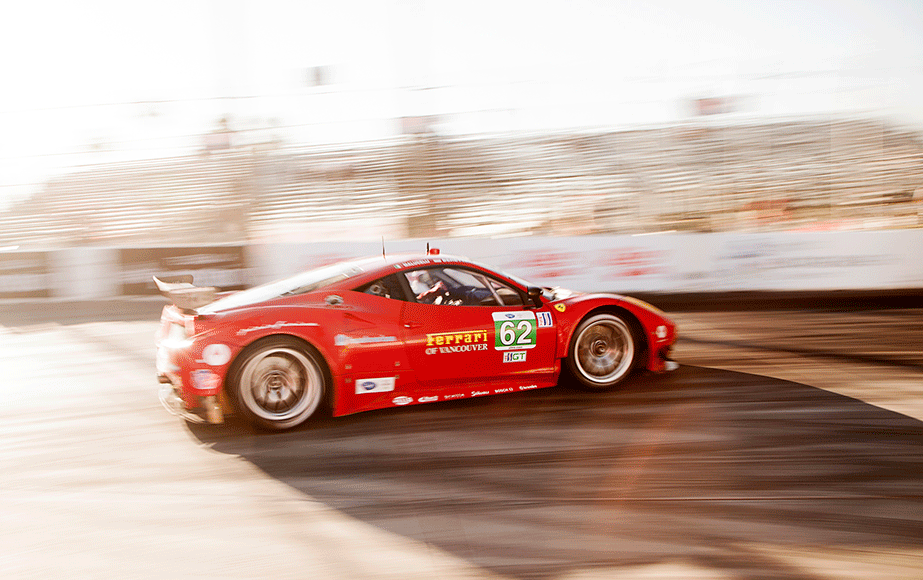 The way I do post will also depend on the project. Sometimes I turn over RAW files and someone else does the retouching, and other times I’ll do the whole thing myself. Usually the way I do it is with a rough outline like this:

1. Set up the basic scene and add in composite elements. Remove dust spots, and anything else that is gonna come out of the final image, I like to remove that stuff at the beginning.

2. Fine tune the masks and get all of that stuff looking close.

3. Once the basic comp is ready, then I begin adding curves and color adjustment layers. I like to use lots of adjustment layers and mask them for local adjustments instead of global (aka for the whole shot) adjustments. But again, that really just depends on the shot; sometimes you don’t need much to make it look really cool. I’ll do a batch process using just camera RAW adjustments if it’s the appropriate thing to do for a shot. Not everything has to be to the Nth degree all the time, sometimes less IS more.

4. Once the image is looking good, has nice contrast and well managed color, I will add final lighting effects and color treatments. I don’t use fake flares THAT often, but I do use them. No shame in it either. I also use some “filter” actions from time to time, again, no shame in that. If it looks cool, it looks cool. Doesn’t matter how you got there.

I like to keep my stuff organized in groups, and name layers in the file so I can go back and change stuff later if I want to. I like to do all my editing in a “non-destructive” way, meaning I use masks as opposed to deleting data, and I do all my touchup on duplicate layers so I can revert easily if I accidentally do something really shitty and need to start over.

5. Finally, I will still keep my layered file intact, and save a flattened version for delivery to client. I keep all of my PSD files until I’m sure I won’t need them anymore, and even then I usually keep that stuff. Storage is cheap, and starting over from scratch on a super involved shot if you need to make a change totally sucks. 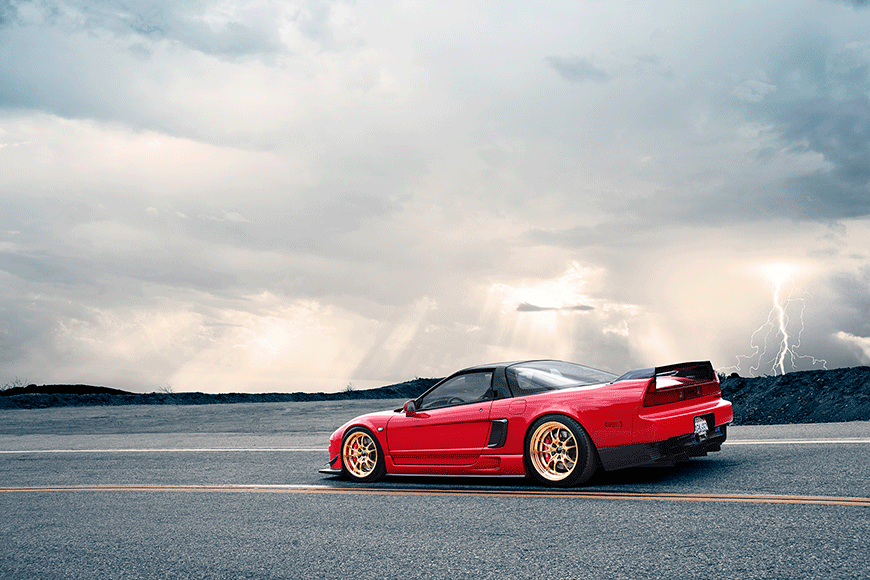 No real reason here aside from I guess “legacy.” When my dad retired, I had been shooting with the Canon kit and was very comfortable with everything. At the time, the Canon 1DSMkIII was the latest and greatest “tough guy DSLR” out, so the choice was easy. However… I am disappointed in Canon’s decision to take their sweet ass time with releasing anything new and cool lately. I’m in love with the Nikon D800 sensor. There, I said it. I also enjoy using medium format digital when the need is there, although the ergonomics and little functionality issues seriously drive me nuts. The image quality and resolution speaks for itself though. 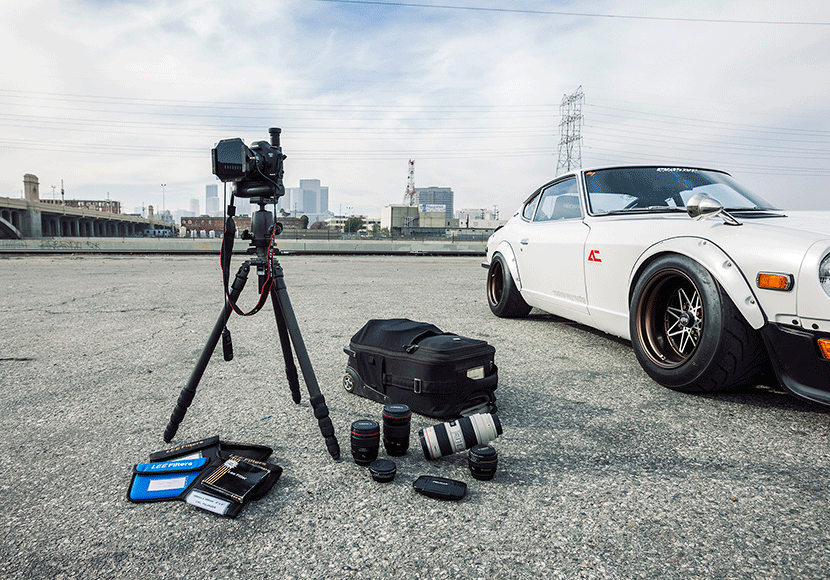 Do you ever get to drive any of the cars?!

Let me tell you all a little secret. A lot of the tuner cars you see in certain magazines either don’t run, run very poorly, or are set up so that you can’t actually drive the car hard without bottoming out and breaking things. I do get to drive a good amount of OEM cars though, be they loaners for the production, or the actual picture car. And no, I did not get to drive the Toyota FT-1! That is the question I get asked more than anything, it’s just a concept car, meaning it does not have an engine or proper suspension. It’s like a giant model, the literal definition of a “show car.” Definitely looks cool though. 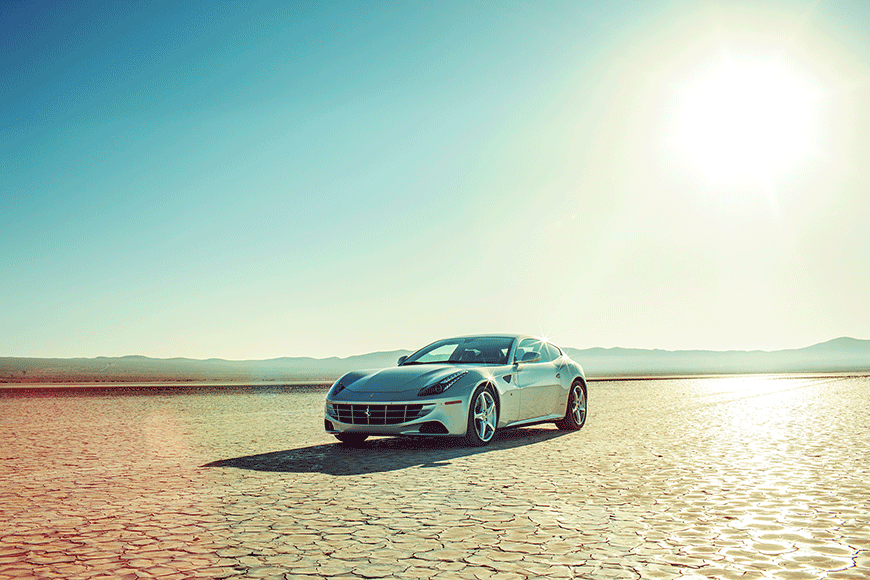 Any tips for aspiring automobile photos?

Shoot as much as you possibly can, and try not to start with exotic cars. Being able to make an econo-box look great is a lot harder than making a hyper car look mediocre. By shooting less insane cars, you’ll learn the basics and be glad you did later on down the line. 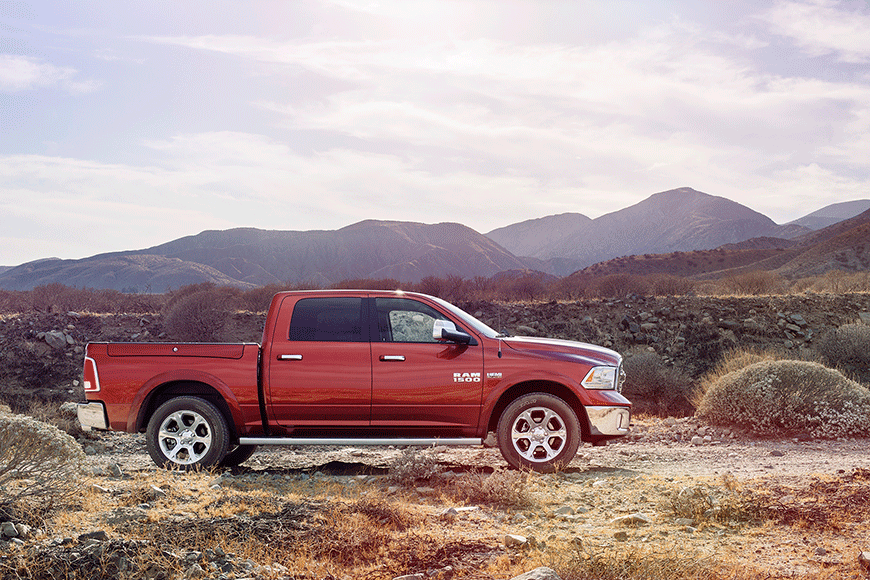