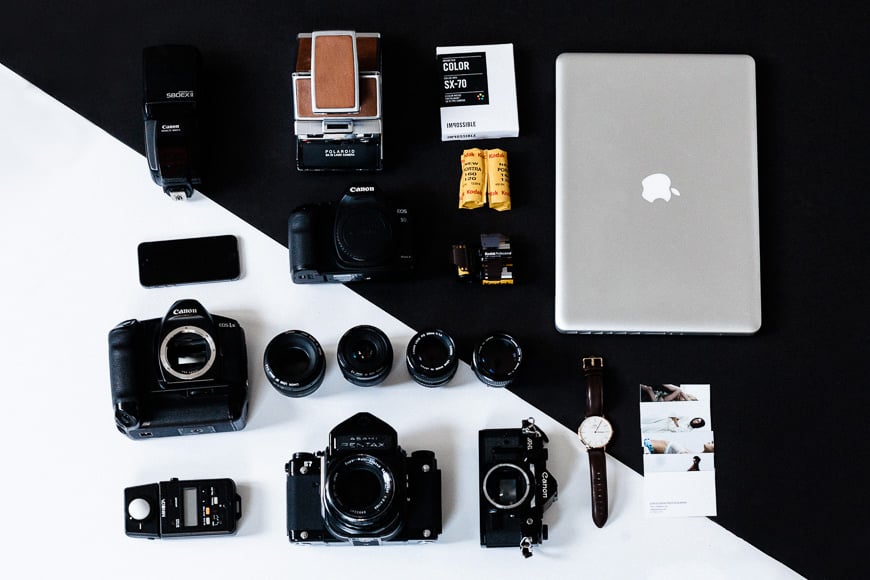 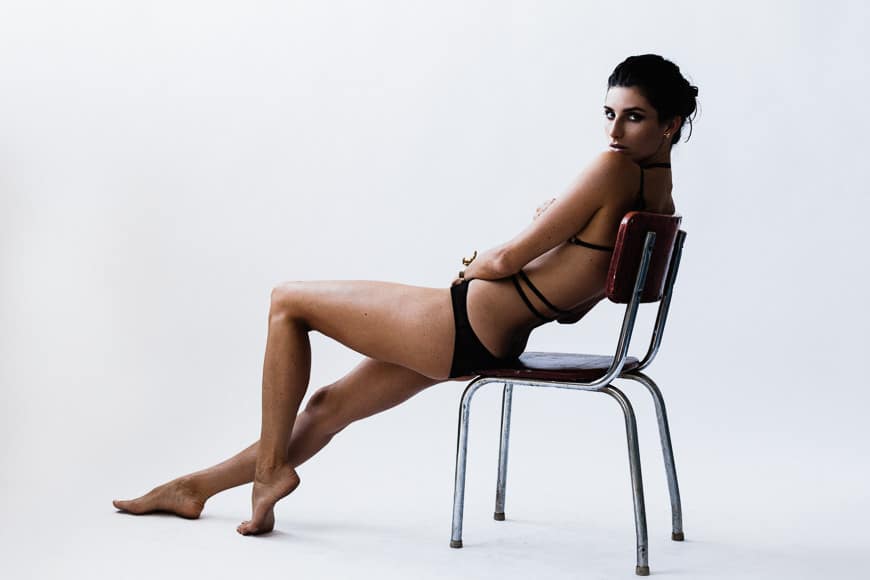 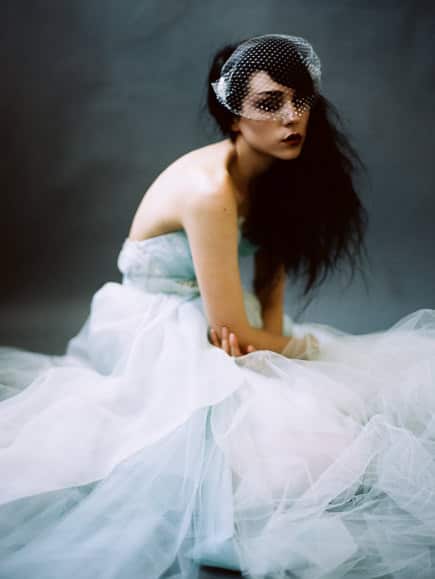 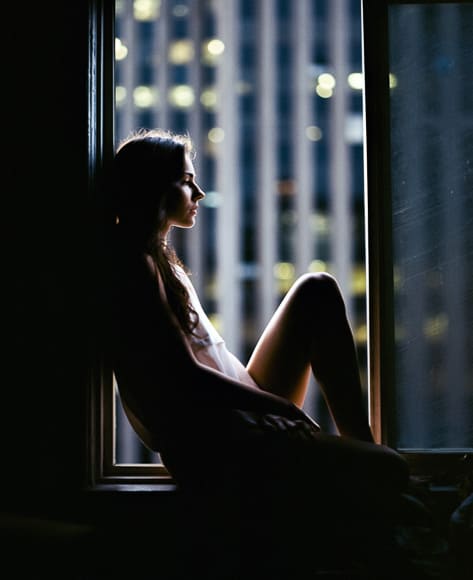 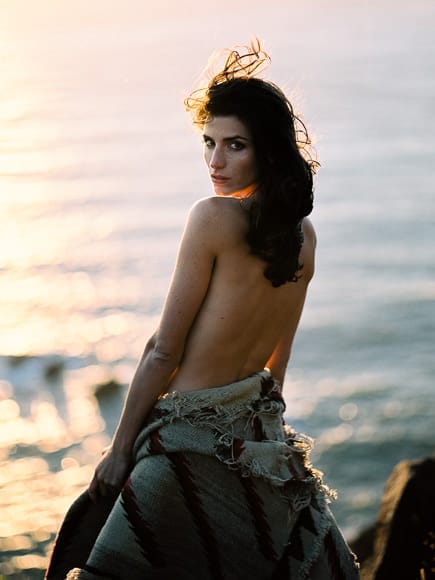 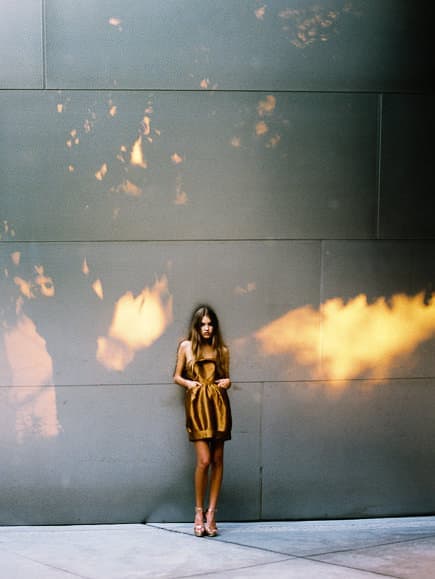 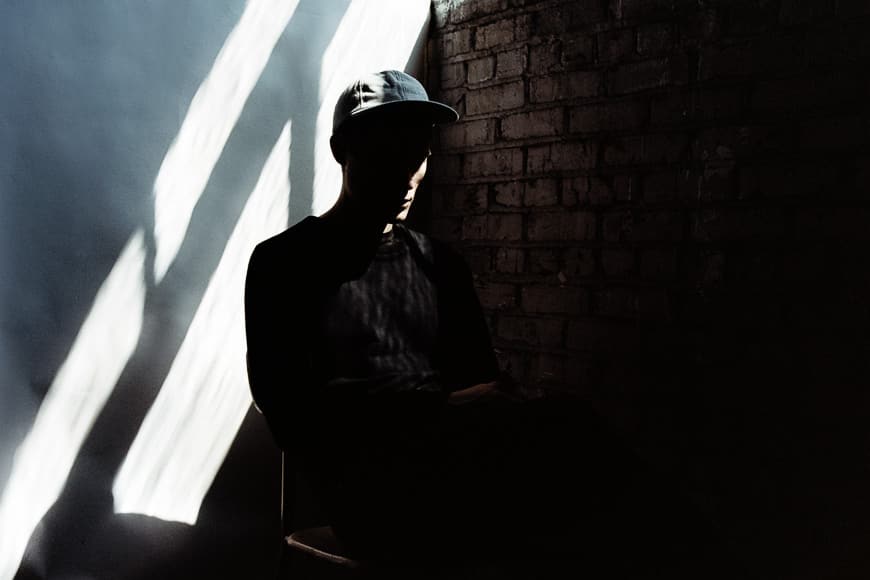 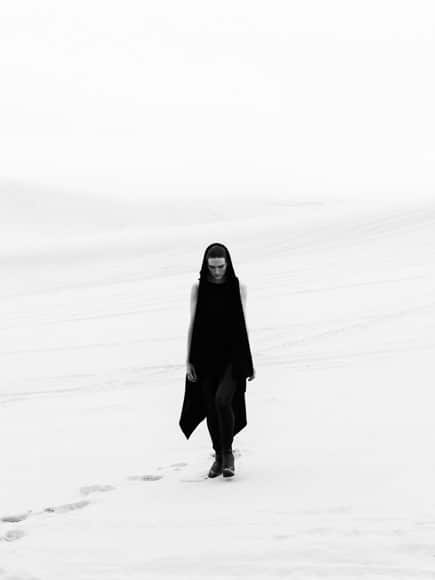 Hello, I’m Jon Duenas, and I’m a fashion and portrait photographer based in Portland, OR. I enjoy shooting fashion because it requires always being on the edge of the creative process, always trying to think of something new and different.

I find I constantly have to struggle against falling into a self-imposed complacency. But I also love collaborating with other creative individuals in the fashion industry. A great fashion shoot is always a team effort.

My aesthetic as well as my gear philosophy hinges on minimalism. I use a smaller ONA Brixton bag and it usually only has half of what I have pictured, but I tend to switch it up based on the shoot.

Also, I tend to focus less on having the latest and greatest gear and simply try and do the best with what I’ve got. Slowly I plan on upgrading certain pieces, but I’m not in any rush.

The absolute favorite piece of gear I work with is my Pentax 67 medium format film camera with the Pentax 105mm f/2.4 lens. The results you can get out of those huge 6×7 negatives feel almost like large format, with incredibly sharp details and beautiful depth of field fall off. I usually load it up with Kodak Portra 160 or Kodak Portra 400 color film or Kodak Tri-X 400 black and white film. To get accurate exposures, I use an old Minolta IIIF incident light meter.

Unfortunately, shooting medium format film often can be quite expensive, and I don’t always have the budget to justify it; or my clients need a fast turn around and can’t wait for my film lab to get around scanning the negatives. In those cases, I turn towards shooting a mixture of 35mm film and digital. For film, I’ll either use my Canon EOS-1N or my Canon A-1.

To keep the process even cheaper, I’ll do my own scans on my Kodak Pakon F-135 Plus scanner and use cheap Kodak Gold 200 film. Although the keyword there was “cheap”, I’ve gotten really great results in the past out of those combinations. The benefit of shooting old film cameras is that when they were new, they were top of the line and cost a lot more than what you pay for them now.

Even the Pakon scanner was once used in professional photo labs. For cameras, the EOS 1N has the added benefit of being able to use all my current Canon EF mount lenses for both film and digital, and it’s got a lot of technological bells and whistles that late era 35mm film cameras had like autofocus and auto film advancing.

Lately, I find myself needing to shoot more and more digital, so for that I use the Canon 5D Mark II. It almost always has the Canon 50mm f/1.4 lens on it. A 50mm prime lens has been my mainstay for years. I often look for shots without the camera up to my face, and I feel a 50mm prime represents the perspective of the human eye better.

It’s easier to look around and notice things you wouldn’t otherwise. And it has the added benefit, when shooting portraits, of letting your subject feel more connected and comfortable with you since they see your face and not a camera.

For processing, I do most of my work in Lightroom and using Mastin Labs presets to get my digital consistent with my film scans. I do all my processing on an old 2010 Apple MacBook Pro that’s still hanging in there despite its age. I plan on upgrading to a new iMac 5k very soon and using the MacBook when I’m traveling or for tethering in the studio.

Sometimes I like to pull out my Polaroid SX-70 and Impossible Project film to get some polaroids while on set. They don’t tend to work as a consistent aspect of a shoot, but they document it in a totally unique and beautiful way.

I almost always use natural light on location and in the studio. My studio has giant south-facing windows that let in a lot of beautiful light. But occasionally I do need to use artificial lighting, so I’ll set up a Canon 580EX II off camera with a softbox, or rent studio strobes when necessary.

Last but not least, I always have my business cards on me, my Daniel Wellington watch, and my iPhone 5S for Instagram and VSCOcam shots.