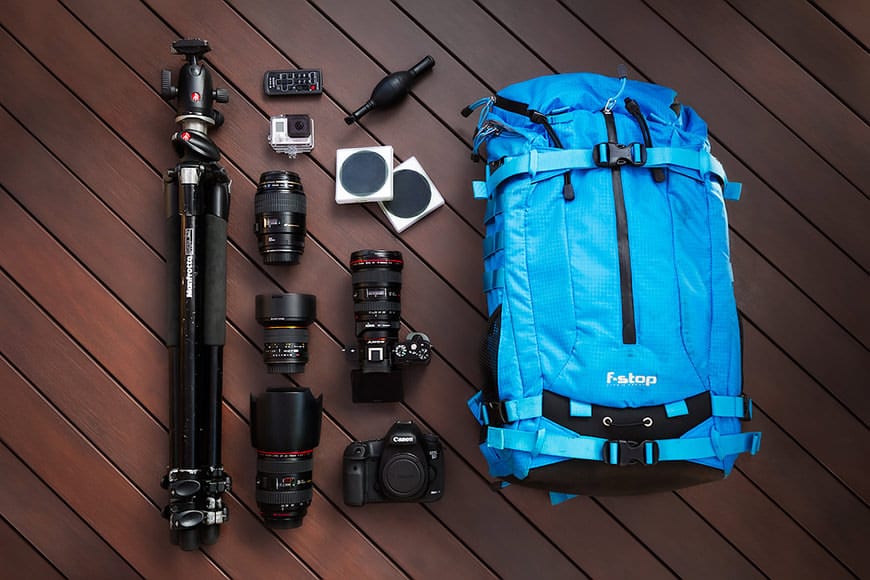 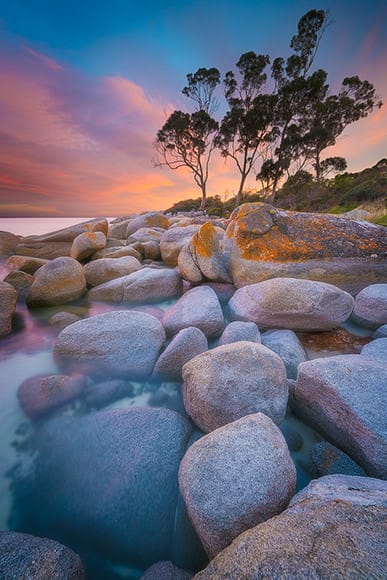 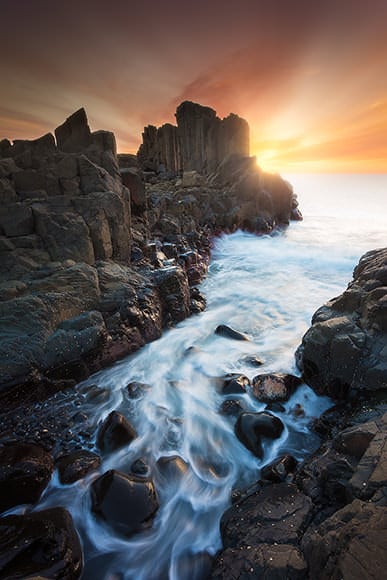 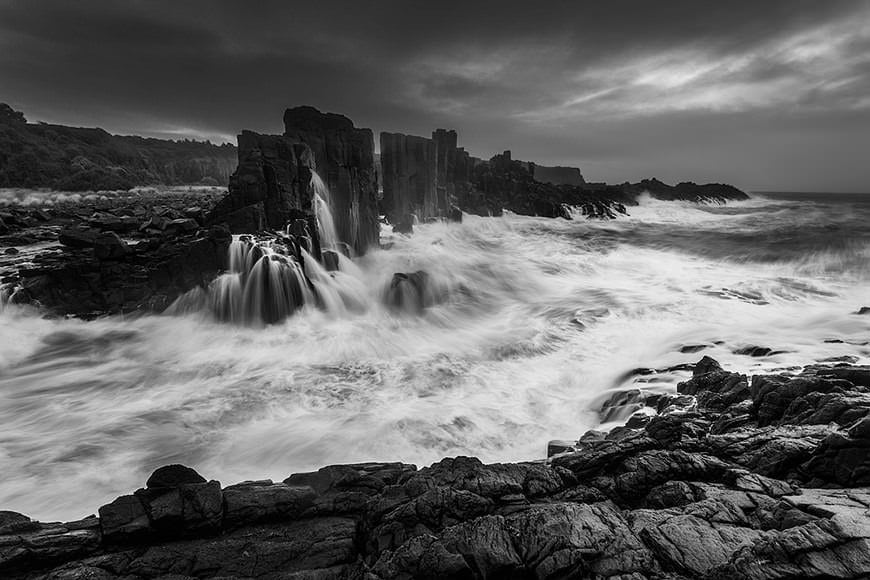 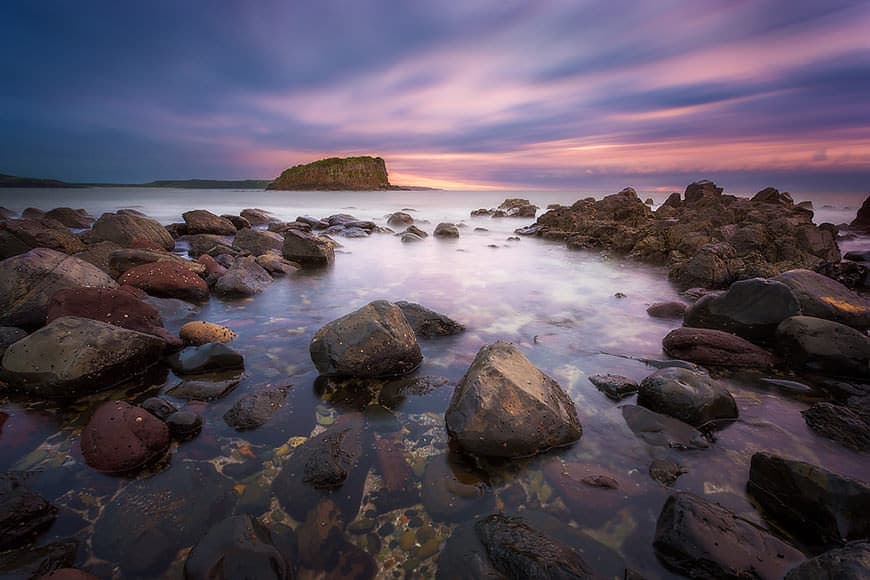 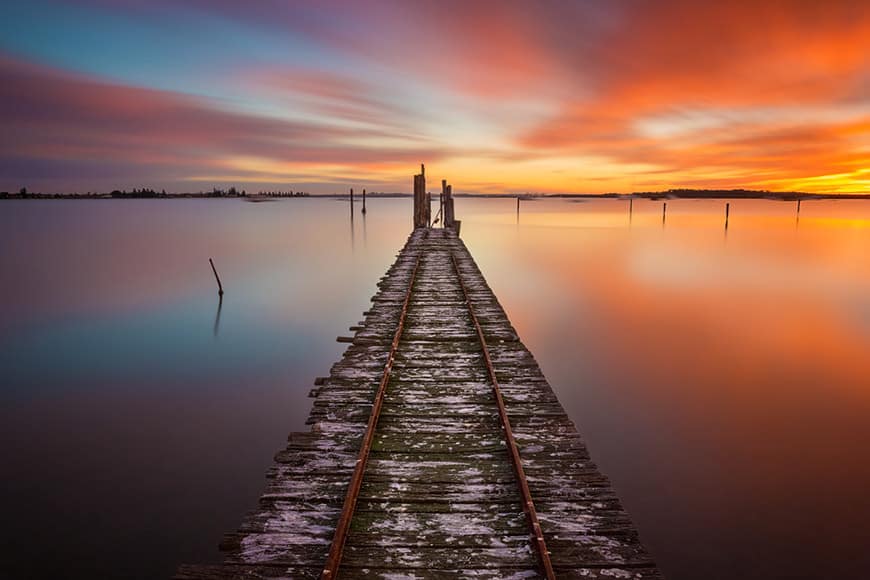 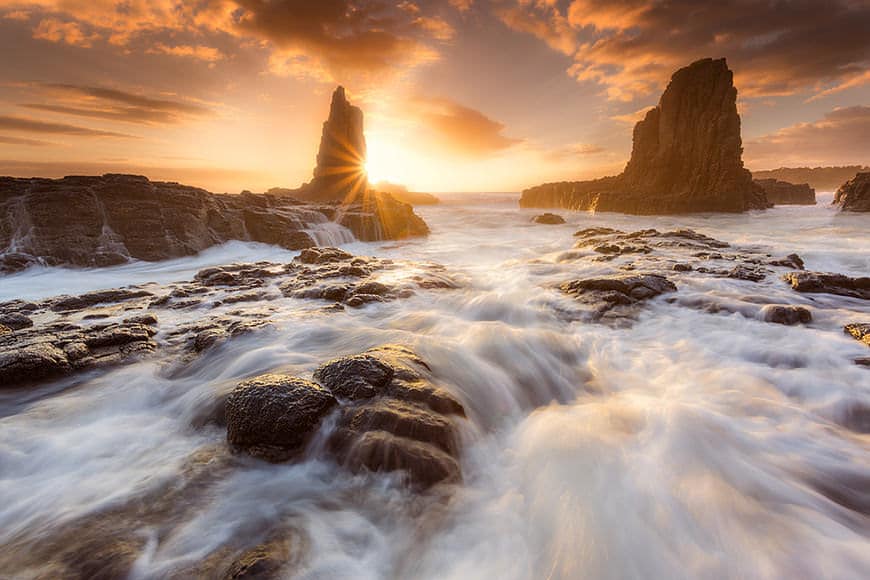 I’d love to say I’ve been taking photos since I was knee high to a grasshopper, but that’s just not the case. I took a photography class during my time studying Graphic Design in 2009 and purchased my very first DSLR, the Canon 450D. Since then, my passion for photography has grown stronger by the day.

Over the last few years, I’ve gone through quite a few camera bodies; more than I’d care to admit. As my skills and needs as a photographer changed, so too did my gear.

I purchased my first full-frame camera, the Canon 5D Mark III, in late 2012. This was when things started to get really serious and a little obsessive. Like most landscape photographers, probably, I would set my alarm every morning with enough time to drive to a location and shoot the sunrise (see guide). There was just something so peaceful and inspiring about watching the sun rise over the ocean. To this day, I am up at least 4 mornings out of the week, anywhere between 3am and 5am, waiting for that beautiful golden light to spill over the horizon. Sometimes it doesn’t happen, in fact, more often than not I come home with an empty card and soggy shoes. But getting that – for lack of a better word “winning” shot, makes all those empty card days so worth it!

I’ve since made the move from a Canon body to the fairly new to the market, Sony A7R. Like most people who have made this switch, it is for a few reasons. The most obvious being size and weight, but the more important being pure image quality. The raw files are filled with ridiculous amounts of information. The good thing about switching to Sony is that all my Canon lenses don’t automatically become obsolete, like they would have if I made the switch to Nikon, for example. In order to use my current Canon EF lenses I use the Metabones Mark III Adapter. Works like a charm!

The next and probably most important bit of kit, the bag! Just like most photographers, I’ve used countless bags over the course of my photographic lifetime. There’s always room for improvement, or the need to upgrade due to gear requirements. I’ve recently found the bag of my dreams. That bag is the F-Stop Loka. It’s a great camera backpack for hiking, which I do a lot of, and it fits all of my essentials with room for food, drink and extra clothing. It’s super comfortable with great support and it also comes in my favourite colour, blue!

In my bag each morning, I usually have nothing less than one camera body (occasionally two, Canon 5D Mark III, you never know) 2-3 lenses, a filter or two and some other ancillary items. My typical “don’t leave home without ‘em” lenses are the Canon 17-40mm f/4, which is great for exaggerating angles/objects and bringing more into the scene, creatively. Then there’s the Samyang 14mm f/2.8, it has got to be one of the sharpest and most fun lenses I’ve shot with to date. I guess I got one of the elusive “good copies.” I use it mostly for shooting the milky way as it has a fairly large maximum aperture at f/2.8, which is ideal for shooting at night. And, it’s freakin’ wide on a full-frame body!

Another of my go-to-lenses is the Canon 100mm f/2.8 macro lens. While I don’t use this lens as often as the other two, it certainly does come in handy for that extra reach. If, for whatever reason, I don’t want to bring all three of these lenses, that’s when I will pack the Canon 24-70mm f/2.8. This lens is a beast, it’s super sharp and super fast, but sometimes it’s just too heavy to have this and my other lenses in my pack.

There are certain “must haves” when it comes to landscape photography. One of the most important, in my opinion, is a decent tripod. Just like anything with photography, you get what you pay for. If you’ve got a few thousand dollars worth of gear, it’s not worth supporting it all with a flimsy $100 tripod. My tripod of choice is the Manfrotto 055XPROB and 498 RC2 ball head combo. It’s not the lightest of tripods, but it sure is sturdy and surprisingly robust. The amount of crap I’ve thrown at it over the past 2 years, that it has survived, is nothing short of impressive. [Editor: I own one too! It’s the best tripod for DSLR or mirrorless camera users whose main priority isn’t a lightweight tripod.]

Unlike many landscape photographers, I only have two filters. A 3-stop and a 10-stop B+W ND filter. I use the 3-stop when I want to slow my shutter just a little to create a bit of movement in the scene and the 10-stop when I really want to blur out any water or clouds to create some drama and mood. I refuse to use graduated filters as I have far more control blending in Photoshop. The second you have something in your shot that goes above the horizon, a GND is useless, at least, that’s how I feel. I’m sure there are many out there that disagree, but this is just a personal preference thing.

Some of the other ancillary items I carry at all times, include: multiple headlamps, torches and batteries for these lights. Before I shoot sunrise, or after I shoot sunset, I often have a decent walk ahead of me, which can be quite tough and a little dangerous while it’s dark. And lets face it, most locations landscape photographers shoot can be dangerous during the day. Plus, how cool are lights!? I also carry a spare battery for each camera, you can NEVER have too many batteries. Unless you need a bag just for batteries, that’s probably a sign you have too many…

I also have a Canon TC-803 timer/remote for my 5D Mark III and a Sony IR remote for my A7R. These help with getting the timing precise for your exposure without camera shake, exposing for longer than 30 seconds, time lapse etc. Finally, the last item in my bag, that I don’t go anywhere without, is my GoPro HERO3+: Silver Edition. I don’t use this all time, but it’s so much fun to record the odd video or two, especially slow and wet ones…

Apart from a few lens cloths and other cleaning devices, that pretty much sums up the gear I shoot with on an extremely regular basis! It serves me very well, but if you’re reading this, then the chances are you’re just like me and can’t wait to get your hands on the next lens or the newest camera!