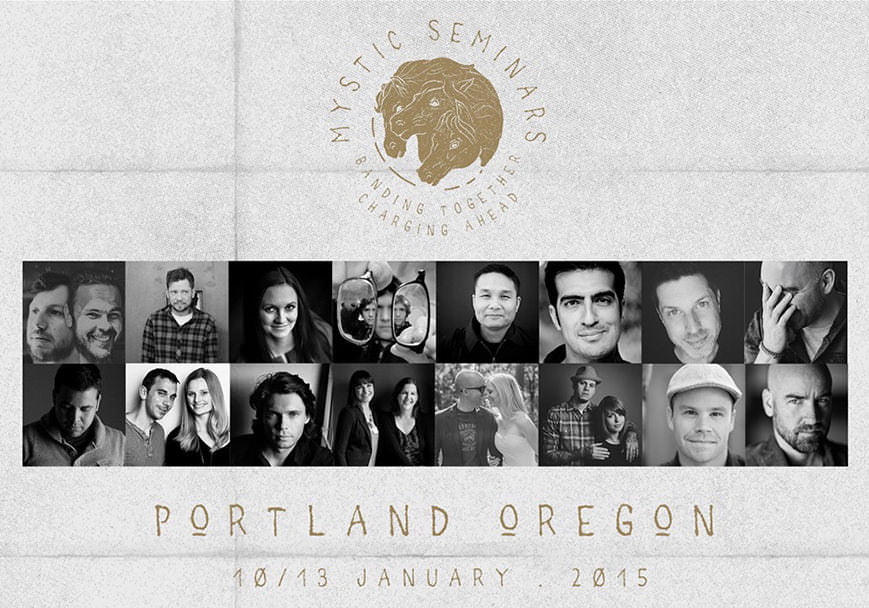 I’m writing this sitting in an airport lounge on my way home from Mystic Seminars, and one of the best weeks of my life as a photographer. I’ve never met a group of such enthusiastic, friendly, talented and inspirational people all in the same place at the same time, sharing the same passion for photography and burning desire to improve their craft.

When I first heard about Mystic Seminars late last year, I couldn’t believe how good value it was – 3 days jammed full of talks from some of the world’s best photographers, all for under $500.

Mystic Seminars began ten years ago as a get together for like-minded photographers wanting to learn, share, network and have fun.

The scale of it appealed to me too – a small, personal event that was as much about networking and socialising as it was about learning.

I’d never been to a photography conference before, so jumped at the chance, despite the fact I live over 12,000kms away in Sydney!

For me, the seminar was purely a chance to listen to all the speakers – I expected nothing more, but how wrong I was… 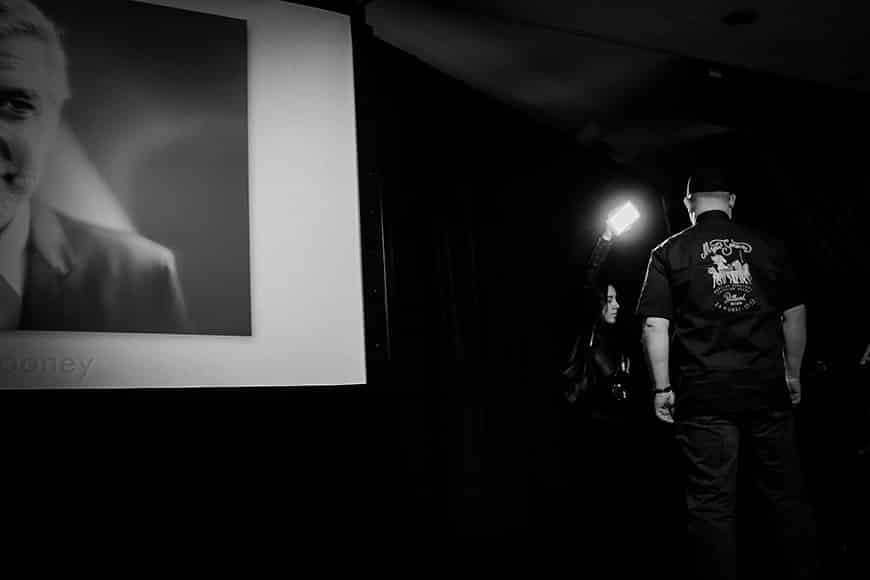 Mystic Seminars used to be held in Connecticut (hence the name), but for the first time this year, the west coast got lucky with Portland Oregon becoming the new host.

This was my first time to Portland, and I immediately fell in love with it. Downtown is lined with local, independent stores selling high quality good, and delicious restaurants and cafes, all giving the streets real character.

I was also pleasantly surprised at how few people there were at this time of year. 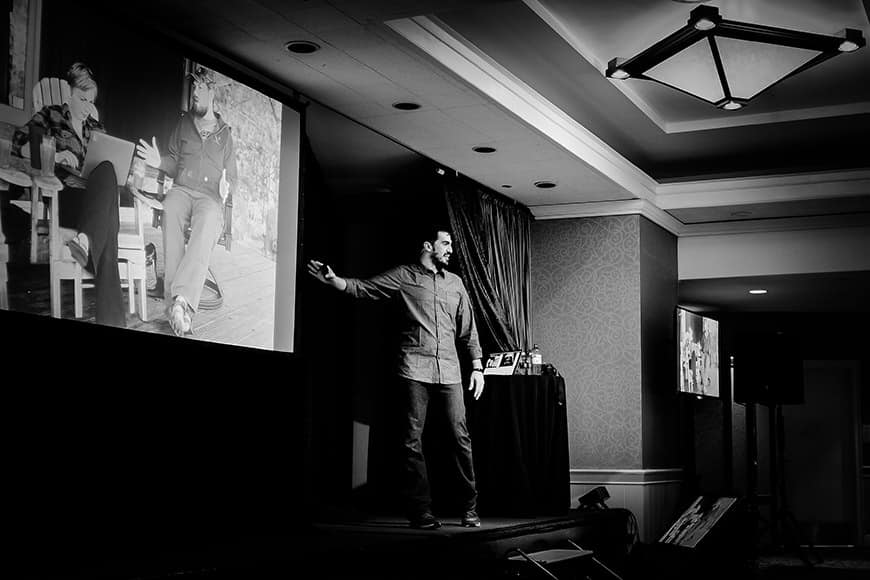 Obviously, visiting downtown only scratches the surface of a city and Portland was no exception. On my last day, my new Mystic friends kindly took me out of the city to the edge of Mt Hood National Forest, to Latourelle Falls which was an incredible experience. 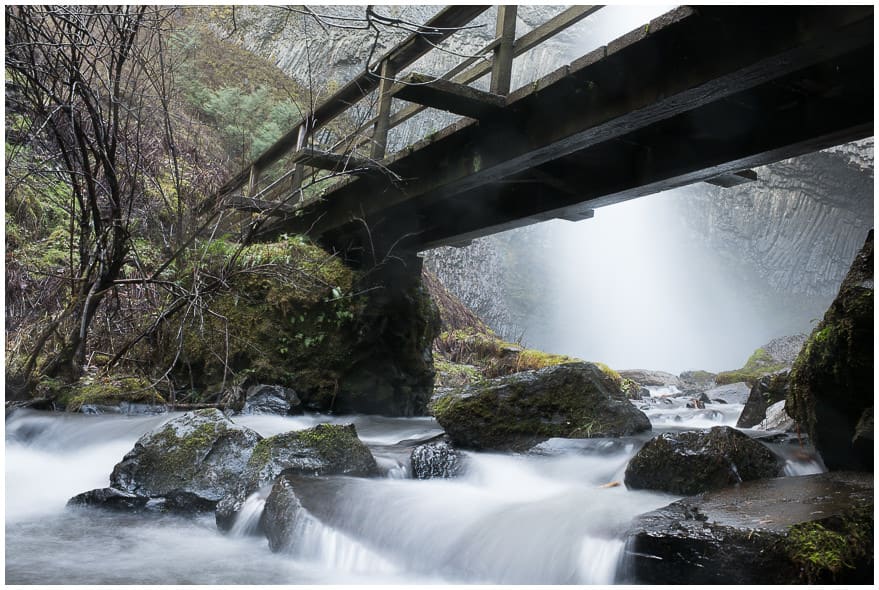 If you like to hike, Portland will keep you very entertained! These photos were taken during an engagement shoot set up by my new friend Robert. 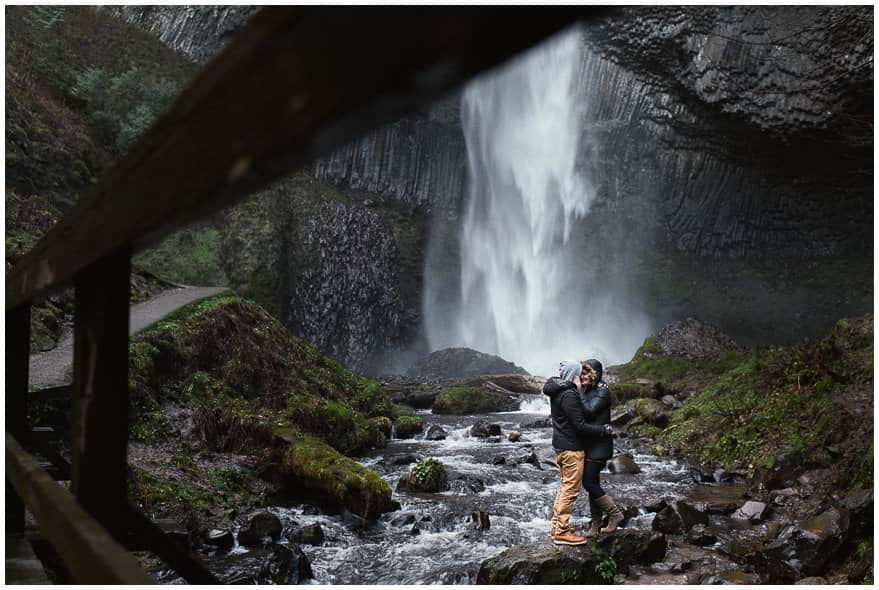 So, what of Mystic Seminars itself? Although the speakers did vary in their ability to provide entertaining and informational talks, each one was definitely passionate about his/her topic.

The common underlying message was simple at its core – shoot from the heart; show only what you want to shoot, and you’ll attract a likeminded clientele, with speakers delving into the ‘how’ and the ‘why’ with varying degrees of success.

Often the speakers’ content overlapped, but this was somewhat inevitable, and on the whole, it was an interesting and inspirational look into the creative minds and workflow of internationally successful photographers. 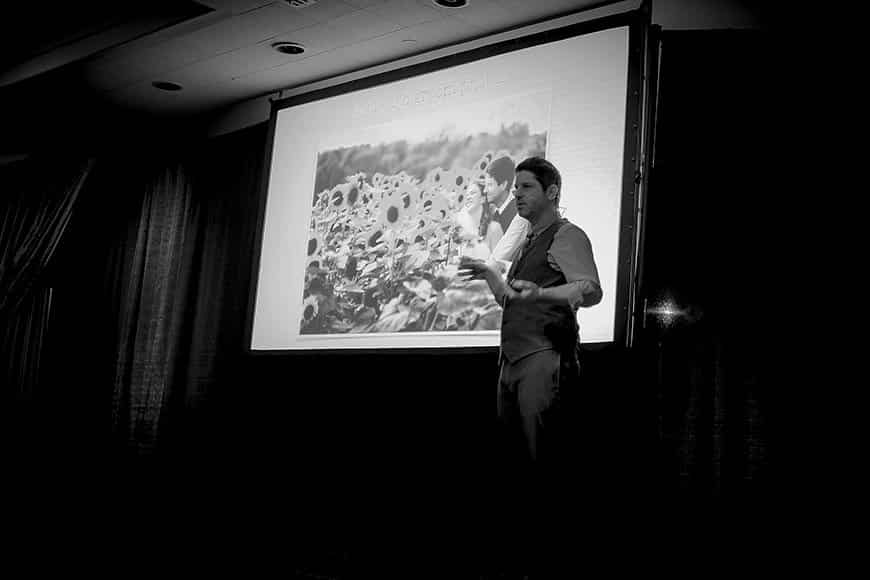 There was also a smattering of talks that were clearly sponsored, but since the software being introduced (Fundy & Smart Albums) was directly relevant and intrinsically useful to our photography professions, I found it very helpful.

Another nice touch was a complimentary camera cleaning service thanks to Nikon and Canon which was very popular. 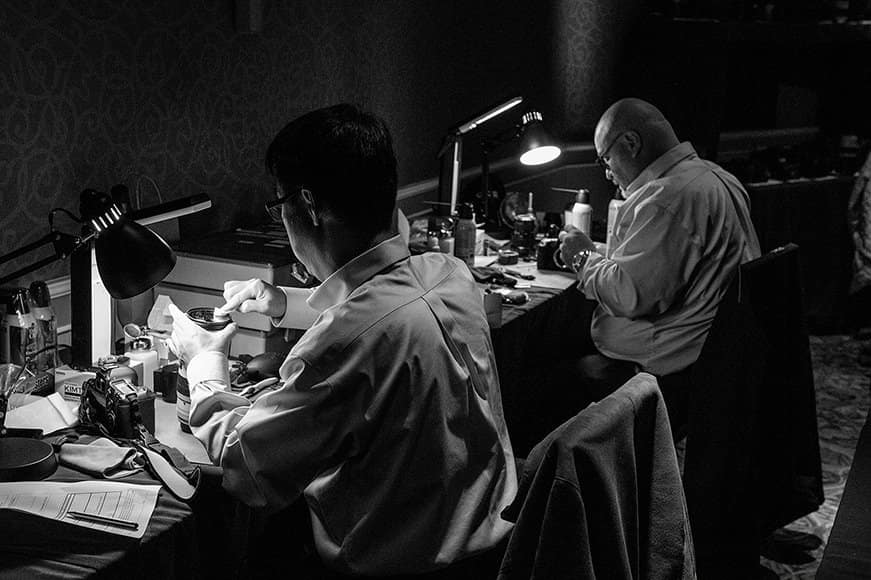 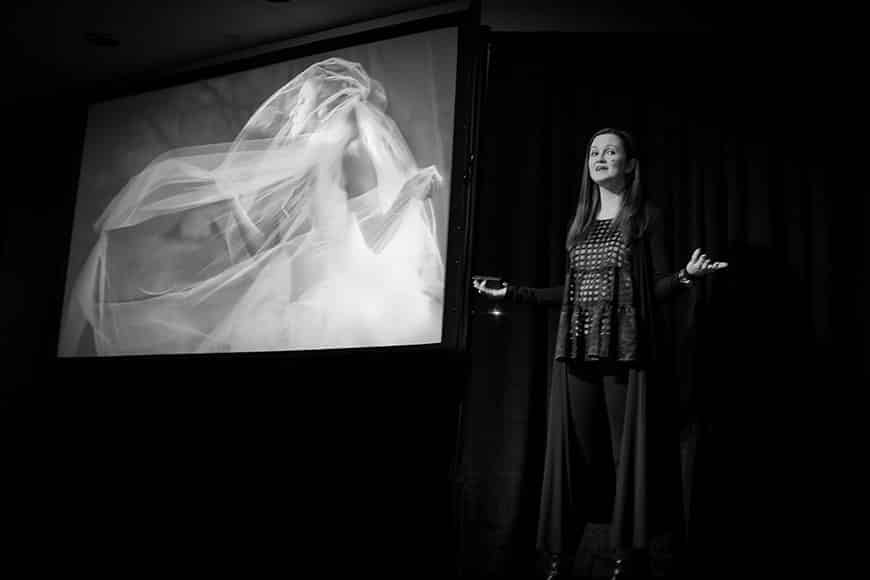 However, it occurred to me soon after the first day that the point of Mystic Seminars was not simply to learn and become inspired from the speakers, as excellent as they were.

The success of Mystic Seminars is the ability to pull together likeminded photography professionals from across the globe (I won the prize for the furthest!) and encourage them to socialise organically. As a result of this natural interaction, we would network and become stronger as artists striving for a common goal.

Banding together, charging ahead.

To encourage socialising, the choice of the Benson Hotel for Mystic Seminars was not made by chance – a hotel not only provided somewhere convenient to lodge attendees visiting from far and wide, but also centralised social activities from day one. 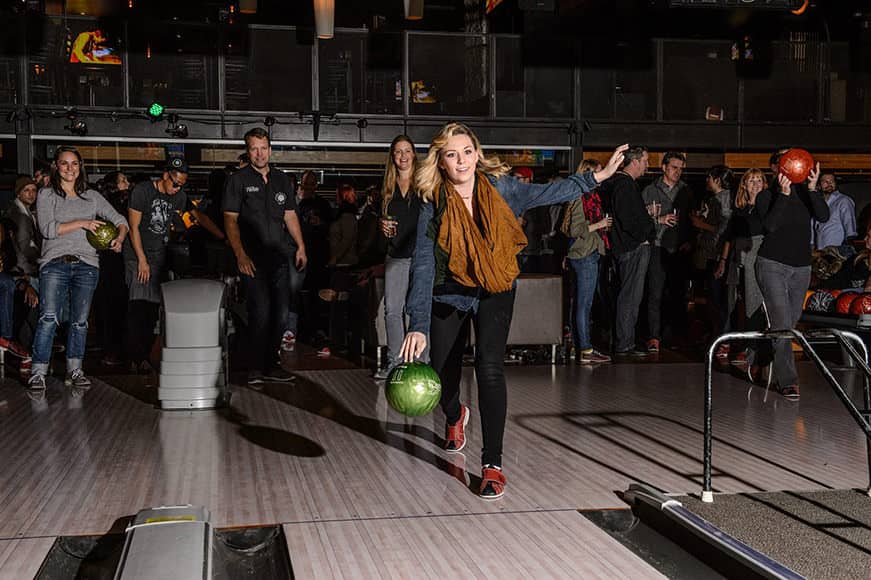 In addition, it was the excellent idea of organiser Walter van Dusen to provide complimentary (and delicious!) lunchtime catering, with the goal of encouraging both attendees and speakers to eat together, literally at the same tables, and socialise as friends. 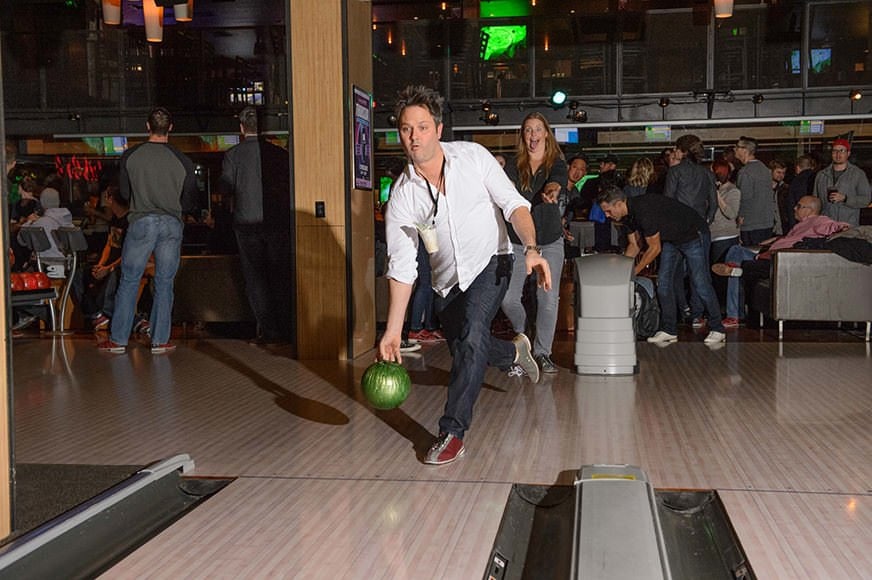 In fact, at lunch on the first day I discovered that the two guys I was sitting next to (Robert and Sebastien) were both fans of Shotkit, and Sebastien had actually found Robert on Shotkit to shoot his own wedding!

It’s a small world indeed and I’m very happy that people are using Shotkit to discover other photographers, as well as become inspired for their own work. 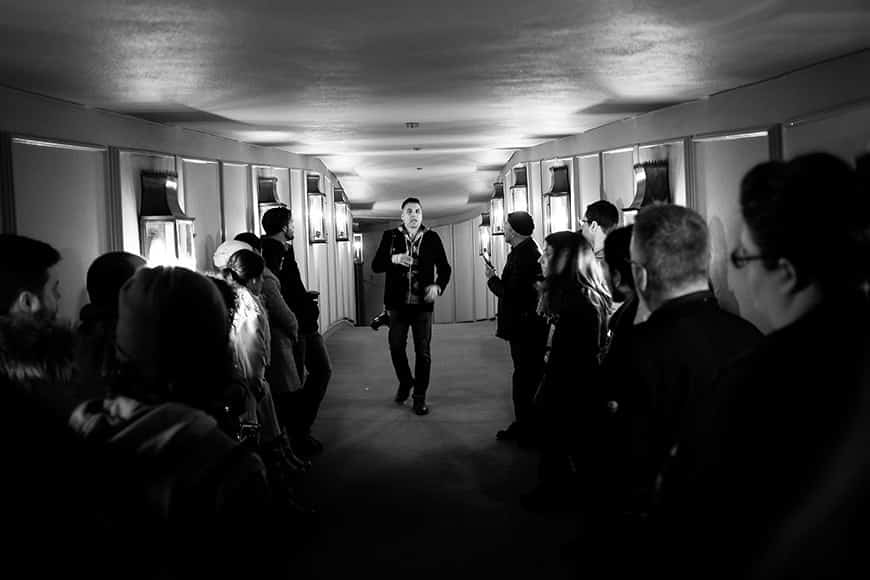 As a result of this environment that was perfectly conducive to meeting new people, by the closing party on day 3, I felt like I had made over 100 new friends, both wedding photographers in a similar situation to myself, and the world famous speakers who I now consider friends too. 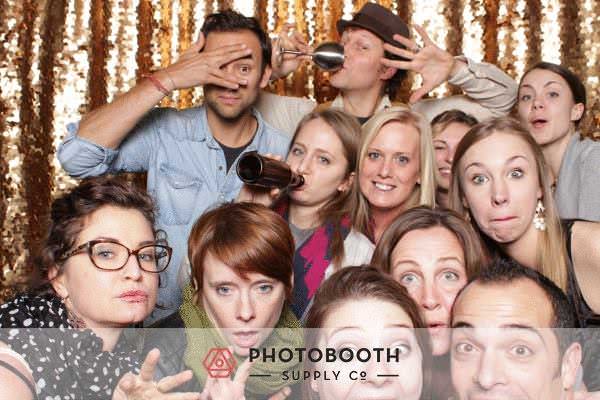 I very much doubt this would have been possible at anywhere other than at Mystic Seminars, and I was genuinely upset to be leaving. 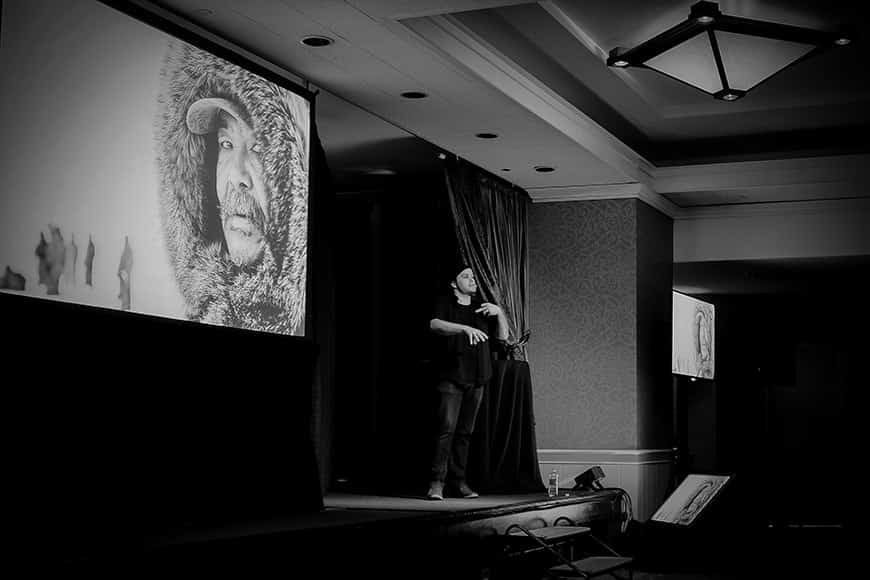 Never would I have thought that creatives in an identical profession could socialise, educate and collaborate so naturally.

Before Mystic Seminars, I thought of other wedding photographers as my competition. Now I think of them as a source of inspiration, support and friendship.

It felt so good to vent about our issues and talk about the commonalities of our work – Banding together, charging ahead. 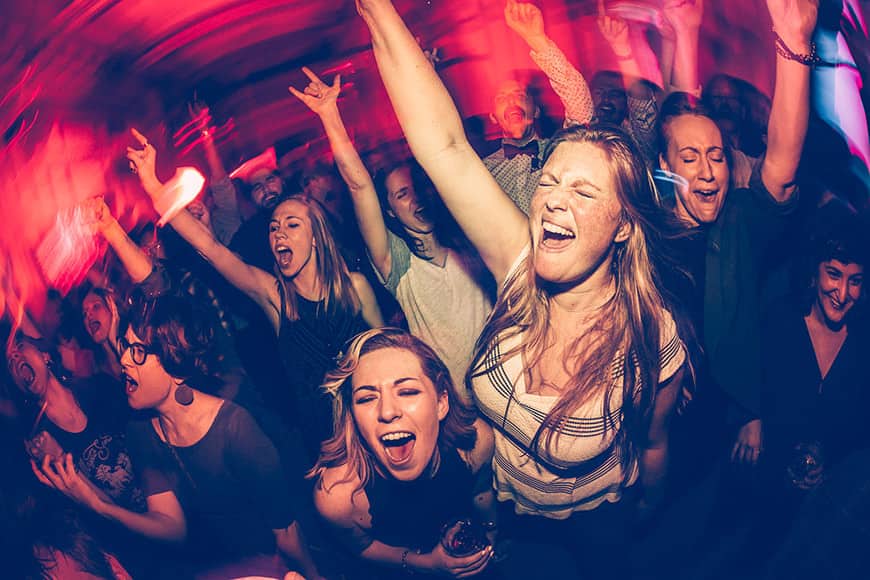 The After Party – Credit: Lily Chou

I caught up with Walter at the end of the seminars to hear his thoughts on how it’d gone, and what we have to look forward to with Mystic Seminars 2016 at the Hilton Hotel in Portland. The interview is totally impromptu and therefore a bit rough around the edges, but I think it serves its job as a raw and honest summary of what Mystic is all about.

I’d really encourage you to make the trip to Portland next year. As Walter says, at Mystic Seminars, everyone is welcome.