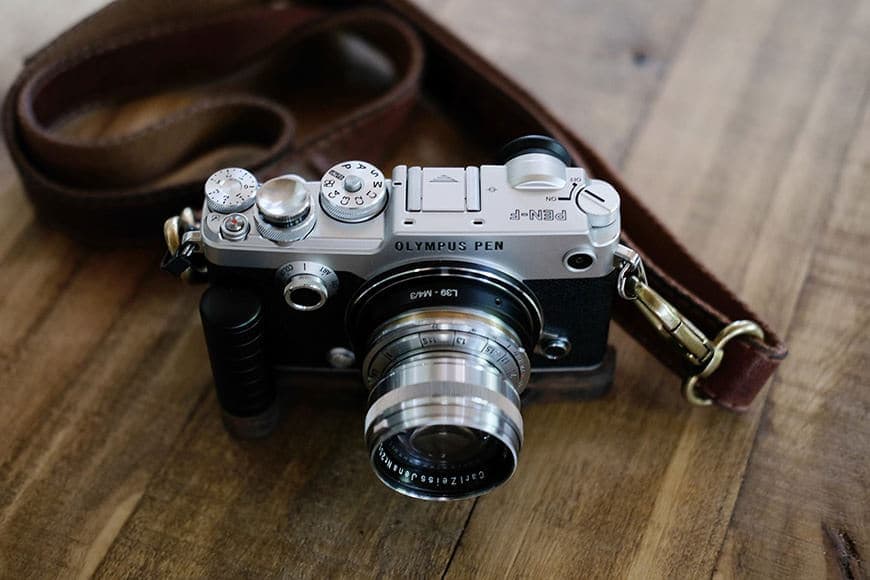 The original Olympus PEN F was introduced in 1963.  It quickly gained a following thanks to its beautiful, yet simple, design and its small size.

Over half a century later, the PEN F is back, and below is my Olympus PEN-F review. 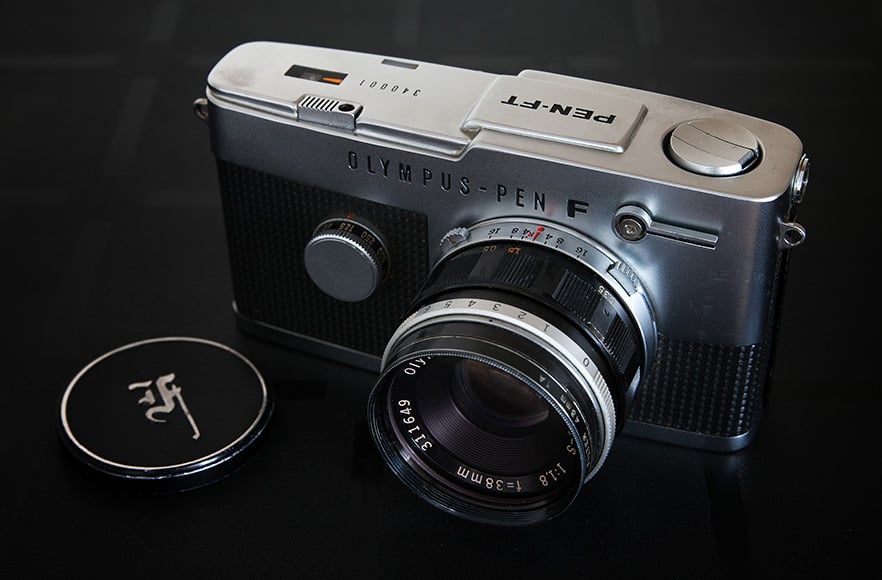 The new Olympus PEN F has a few things that distinguish itself from other digital PENs.  The F has an OLED electronic viewfinder (EVF), and boasts the highest output resolution of any micro four thirds (m43) camera to date – 20MP.

As for my history – I’ve used quite an array of cameras and lenses.  I’ve shot with Canon, Nikon, Leica, Sony, Fuji, and even Pentax back in the film days #oldskool

However, I’ve never used anything smaller than an APS-C sensor.

It took a long time to convince myself to give an m43 sensor a go.  I just didn’t believe it could come close to its larger frame competitors.  I’m also a shallow depth-of-field (DOF) nut, and given that m43 sensors produce twice the DOF of full-frame cameras, this served as another deterrent.

Yet, I could not deny the weight advantage, the quality glass, and the AMAZING IBIS.  So when Olympus came out with this stunning PEN-F including the newest 20mp m43 sensor, I decided to take it for a spin.

This thing is F-ing SEXY.  Every time I use it, I get comments on how cool it looks.  I even had one person ask if it was a vintage film camera.

Olympus brags about the PEN-F having no visible screws.  I’m not sure that’s a big deal for me, but the body is beautiful, and the feel and construction are excellent over-all.

The body of the Olympus PEN F is made of machined aluminum and magnesium, which is wrapped in a nice faux-leather. The body is available in silver/black or straight black all over. 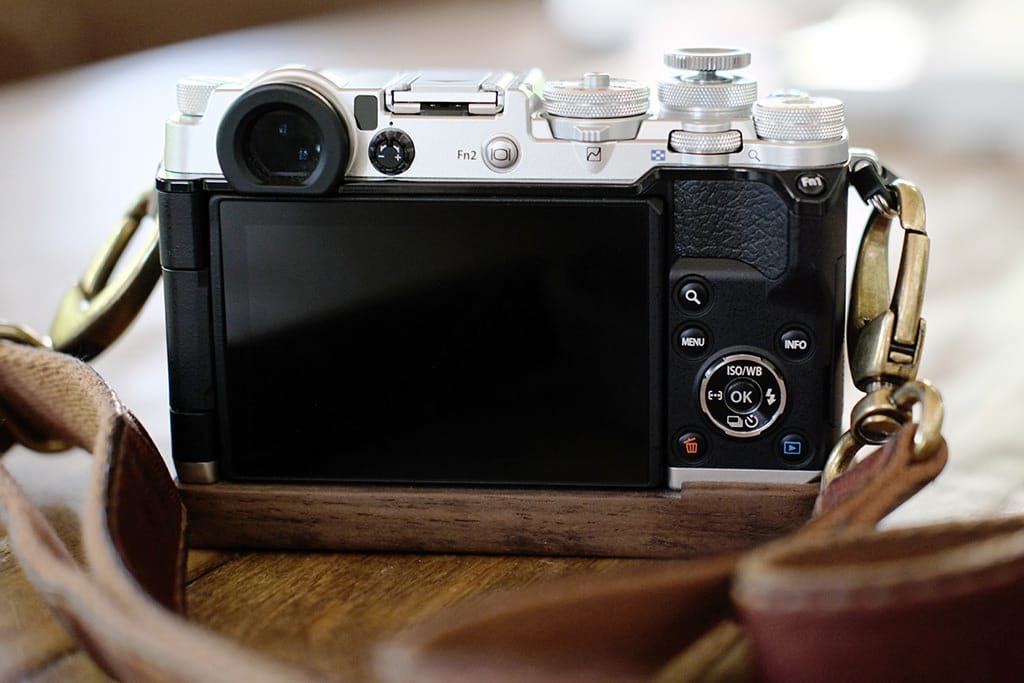 Per contra, there is no weather sealing, and the battery/SD-card door is fairly flimsy (a con that no one else mentions).

I joked in this comparison, that I would probably break it in a week.  In spite of that comment, it has held up well so far.  I also prefer having a grip, so I added a J.B. Designs wood grip. 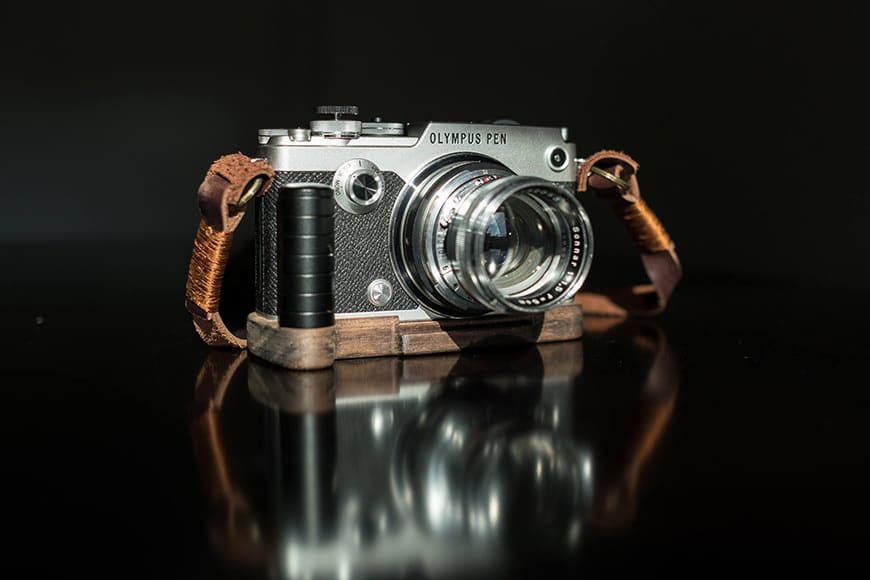 With essentially the same guts as the Olympus OM-D EM-5 II, the PEN-F is a more stylish looking camera that also adds the new 20MP sensor.

I would say the most direct m43 competitor to the Olympus PEN-F would be the Panasonic GX8.  However, the GX-8 does not have the amazing Olympus 5-axis image stabilization, and is decidedly more utilitarian looking.

It also does not offer the High Resolution Shot mode of the Olympus- a feature I have yet to use because I don’t often shoot static subjects.

As for video – I think it does video?

In all seriousness – I am a still photographer that has great intentions of shooting more video…someday.  I’m well aware that this camera doesn’t do 4k, and I couldn’t care less.  The IBIS and flip-screen are more important to me for my video needs. 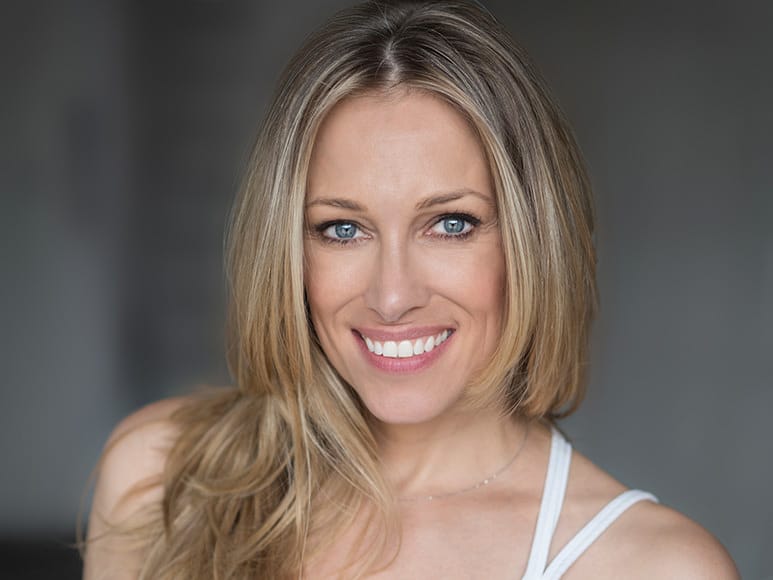 I mentioned my apprehension with the m43 sensor earlier.  I ended up doing a 3-way (get your mind out of the gutter) comparison to find the best jpg camera for portraits.

Comparing images captured with the Olympus PEN F to those from a Fuji X-Pro2, and a Sony a7R II, I was shocked at how well the little m43 sensor performed!

When I first heard about the Creative Dial selector-switch on the front of the Olympus PEN F, I thought it would be an Instagram filter-type gimmick.  However, I am in love with the Monochrome setting, and I shoot in this mode almost 90% of the time (I shoot jpg+raw).

The options available on the dial are Monochrome, Color, Image Enhancement Mode, Art Filter, and Color Creator.  For each dial position, there are several sub-options as well. 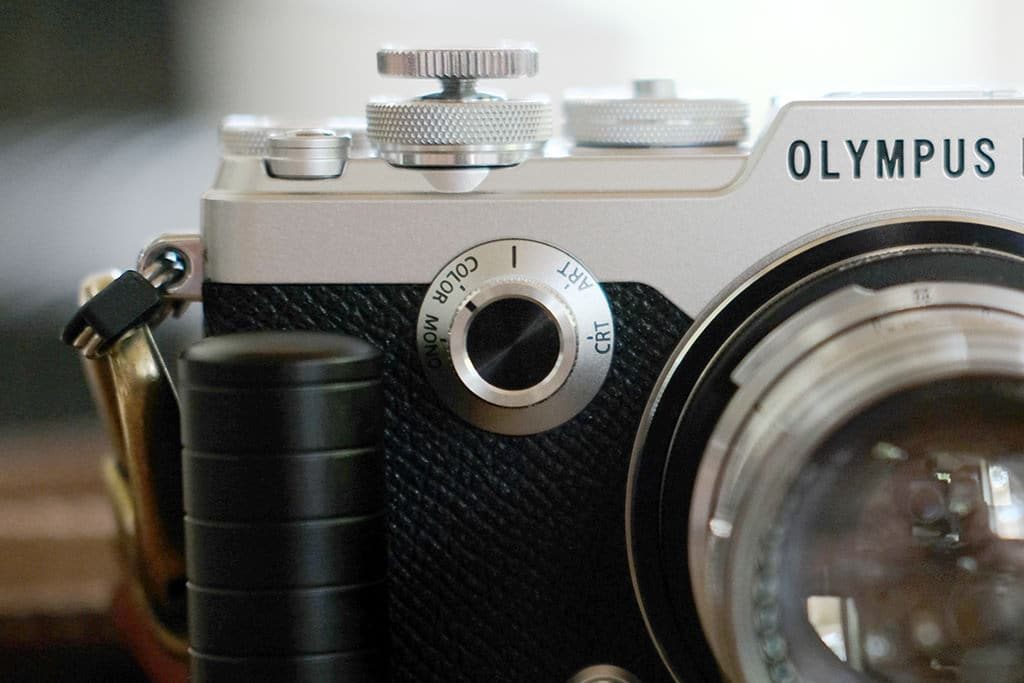 The Creative Dial on the Olympus PEN F

For instance, the Monochrome 2 setting closely resembles Kodak Tri-X film, and as you can see it is PEN-F-ing magical! 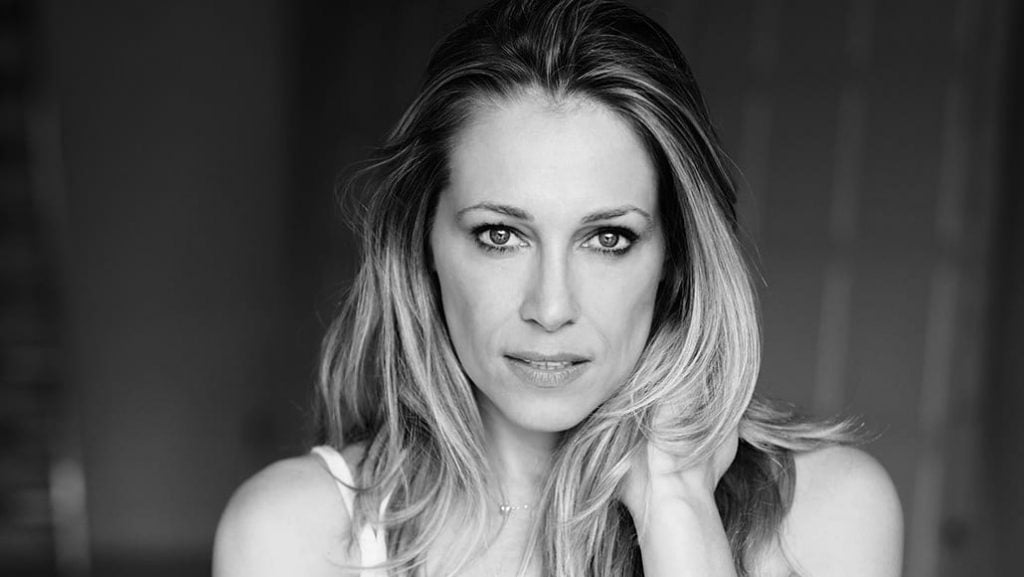 However, when I need to quickly switch to color for a shot or two, it’s nice to flip the switch on the front instead of diving into the camera menus.

Another area reviewers flog is the Olympus menu system.  Yes it’s daunting.  Yes, it can be difficult to find things.  However, it makes much more sense than the pitiful Sony menu, and the customization options are incredible.

If you’re not quite happy with any of the default color settings available, you can adjust a color-wheel to tweak the color-output (the color-wheel consists of 12 colors).  You can also add a color filter for added customization. 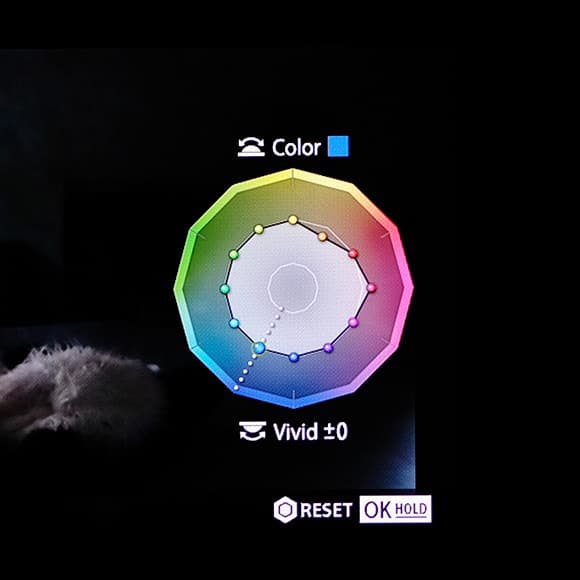 As an example – I like to shoot Monochrome 2 with a red filter for whiter skin-tones, such as in the photo below. 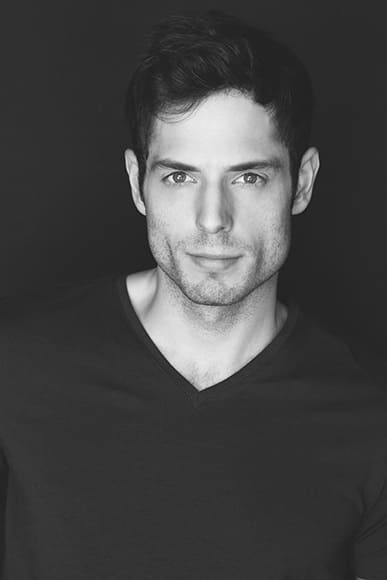 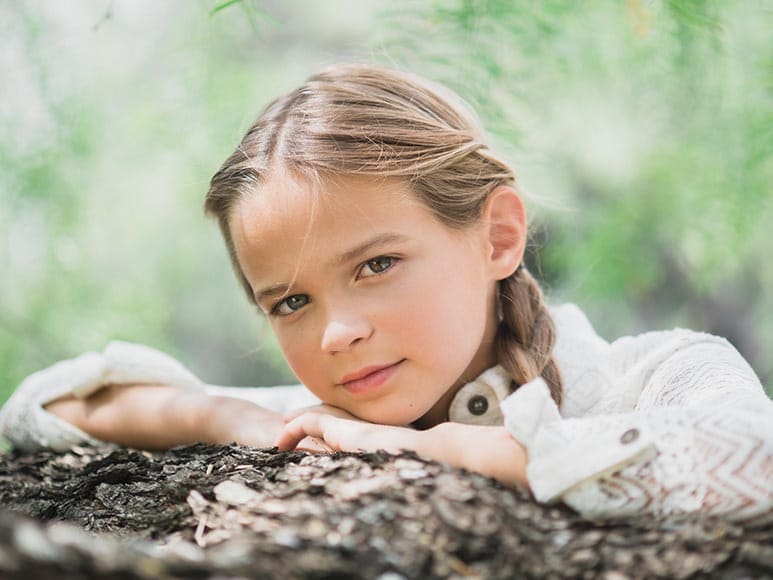 If you ask Olympus, the PEN-F’s buffer capacity is around 39 frames for RAW and 45 frames for JPEG when using 10fps High-Speed continuous mode (with a UHS-II SD card), and that’s pretty close to what I get.

However, that increases to 250 RAW files and unlimited JPEGs in the slower 5fps Low-Speed continuous mode.  No spec was given for buffer capacity for the 20fps H+ mode, but I got around 25 frames.

ISO performance is much the same as the Olympus E-M5 Mk II with a native top-end of 25,600.

But the Olympus PEN F expands the native 200 ISO offering to ISO 80 at the low end. Its dynamic range is also very impressive, allowing you to recover heavily under/over exposed shots easily in post. 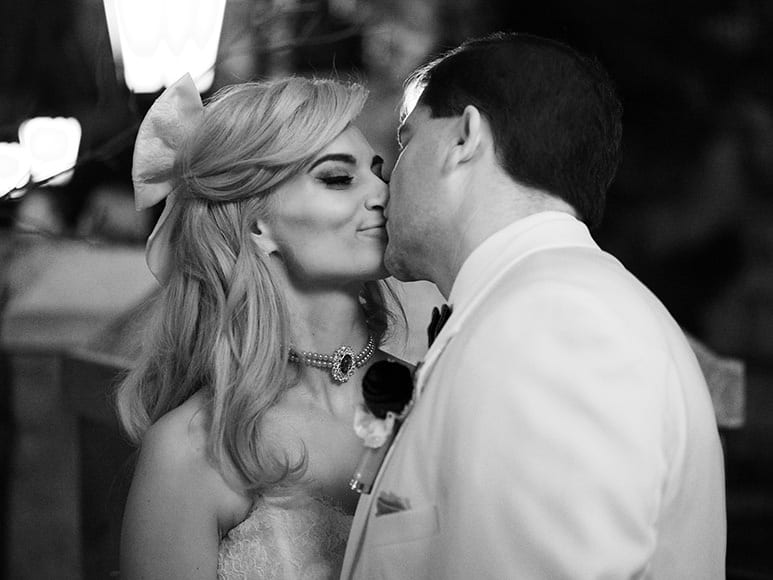 Due to its High Resolution Shot Mode, the Olympus PEN-F is capable of producing the highest resolution images of any m43 camera.  For static subjects, the PEN-F can capture 80MP RAW files (50MP JPEG).  However, as mentioned, this requires static subjects, and a tripod.

Every review site on the planet lists the battery life on this camera as a negative.  Yet, amongst the other mirrorless cameras I’ve owned (Sony a7R II, Fuji X-Pro2), this camera has the most longevity.

For this Olympus PEN F review, I used it as a second body at two weddings, and the battery usually lasts all day.  Note – I always turn the camera off before I take my hands off of it – just like a safety switch ;) 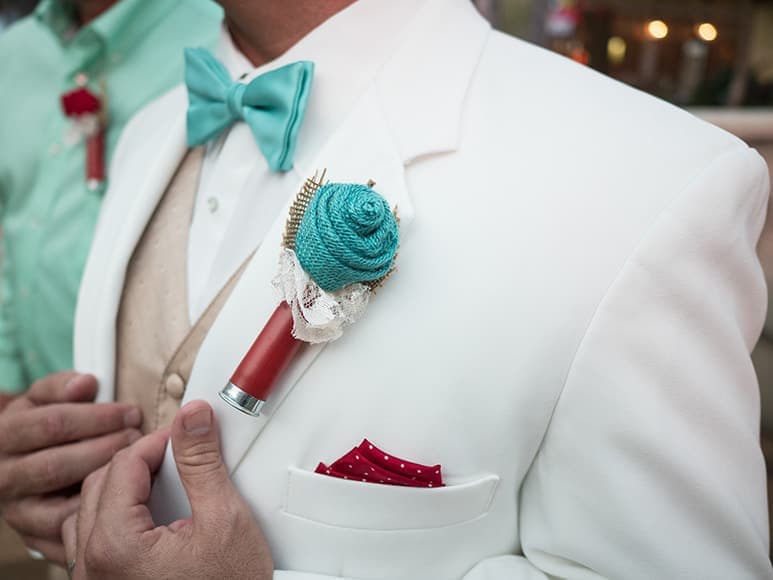 This a tough one to rate.  Given the lack of weather-sealing, it’s hard to justify the $1199 USD price-tag. Still, the retro, Leica Rangefinder styling screams luxury.

Admittedly, that should have little bearing on the camera’s value.  Yet, due to its performance, size, weight, feel, and looks – it’s a camera you will want to take with you everywhere.

Does that justify it being the highest priced m43 camera?  If you’re a pro, or enthusiast, that likes to travel light – this is a damn good choice! 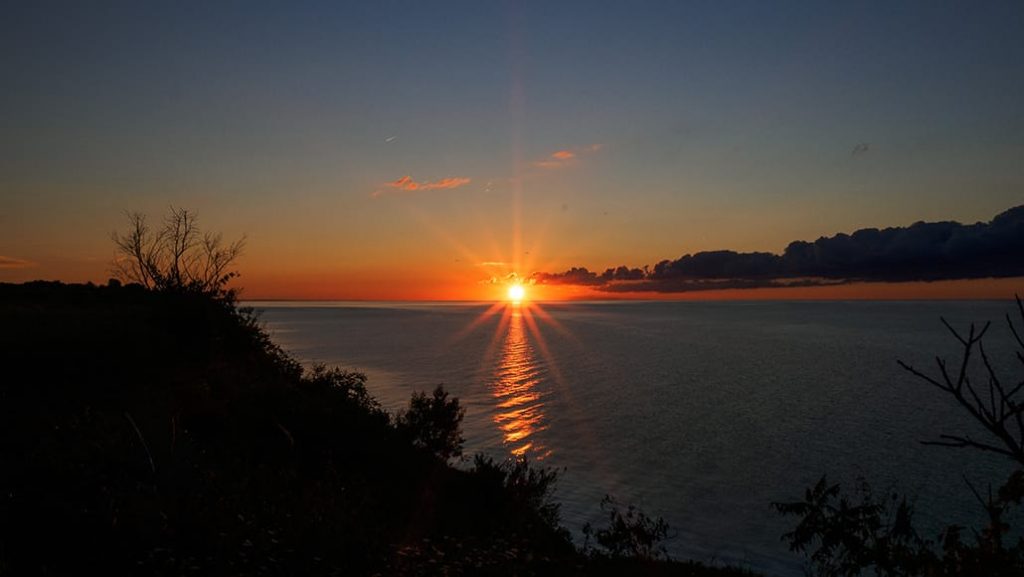 Early in my Marine Corps career, they made us read an essay entitled “A Soldiers Load and the Mobility of a Nation.”  We learned that if you over-load a Marine, he will be combat ineffective.

However, if you pack light, you can move quicker, smoother, and faster.  I employ that theory in a lot of areas – photography being one of them.

When my wife and I took a trip last month to visit our families, she packed her Canon 5D3, with her trinity of L lenses, and two huge cases filled with tripods, lights, stands, and reflectors.

I brought my Olympus PEN-F and a few lenses in a messenger bag. 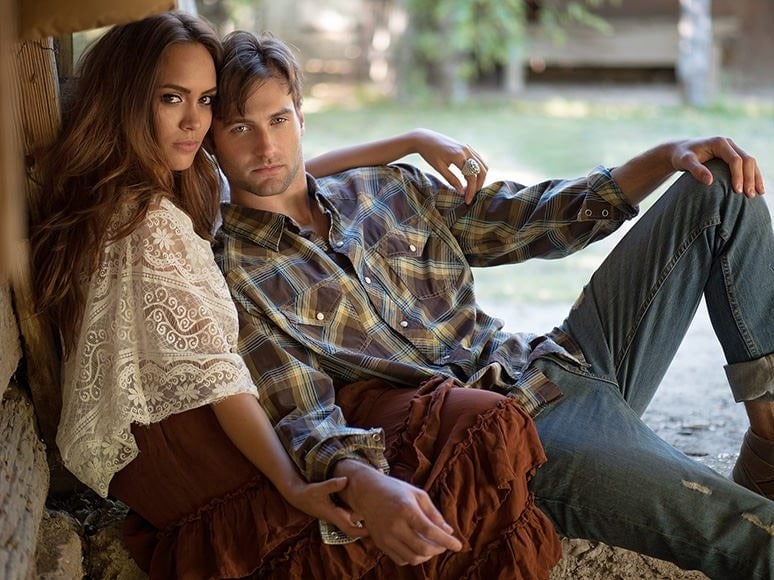 We obviously have different philosophies, and I will admit that I probably (100% is still a probability) lost my mind while helping her with all that crap ;)

So what’s my point now that we have come to the end of this PEN-F review?

The Olympus PEN-F is a great little camera.  It’s so small and light that you will never have to ask – “Do I really want to lug this around with me all day?”

Due to its gorgeous outward appearance, great image quality, and speedy performance, it’s a camera that you’ll want to have with you.

As others have said before me – the best camera is the one you have with you. Is this Olympus the best small camera available? Whilst I wouldn’t say it’s the all time best, it’s certainly one of my favorites.