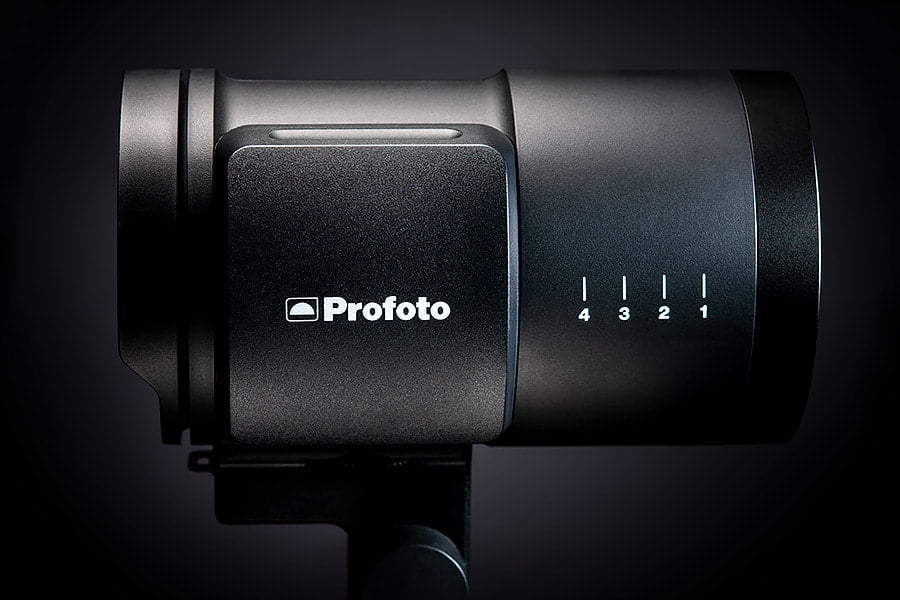 This is a guest review of the Profoto B10 by wedding photographer Jesse La Plante.

In my mind, Profoto is the proverbial gold standard for lighting gear. But the one thing that’s been missing from their lineup is a compact, portable light that also packs a punch in the power department.

Profoto B10 Review | Quality of Light 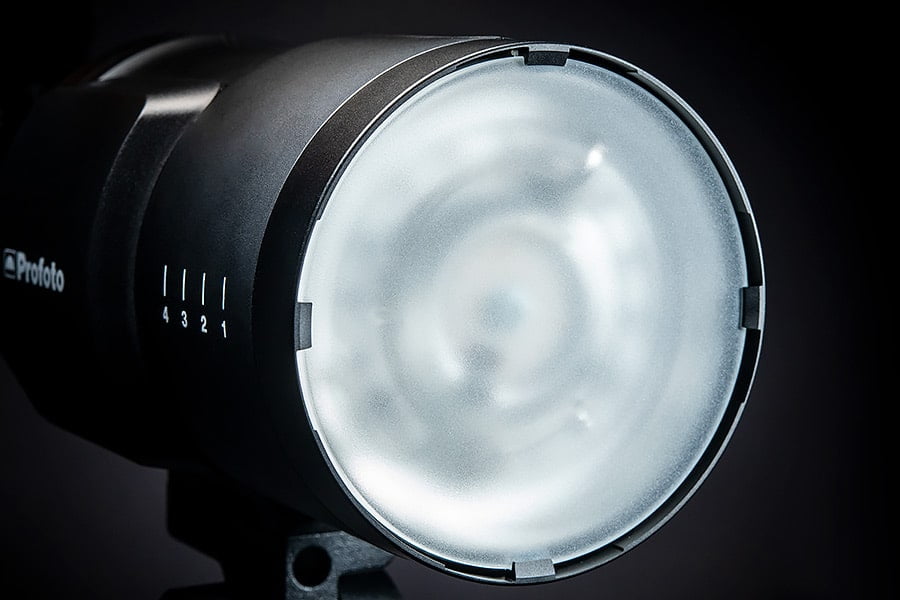 Like all of the lights in the Profoto line, the B10 sports a round flash head, which emits a beautiful, clean light with smooth edges and gradual falloff from light to dark.

I wasn’t able to get my hands on any of the Profoto modifiers while testing this light, but it never felt like a hindrance. That’s how nice the quality of light is on the B10.

I felt perfectly comfortable shooting bare flash on three separate shoots, which is something I never do with my Godox gear.

I would like to mention here that Profoto claims the B10 is five times more powerful than a speedlight. This is only true if you use the weakest speedlights for comparison.

When compared to Nikon and Canon’s flagship speedlights, the Profoto B10 is closer to three times more powerful.

After quality of light, build quality would be a close second on my list of pros for buying into the Profoto line. All of their lights are built like tanks and the B10 is no exception.

It just feels good to hold in your hands. It’s smooth, it’s solid, and it gives the impression that if accidentally dropped it down the side of a cliff face, it would probably keep on ticking. Not that I’d recommend testing this theory.

Oh, and it kind of looks like a radar gun. 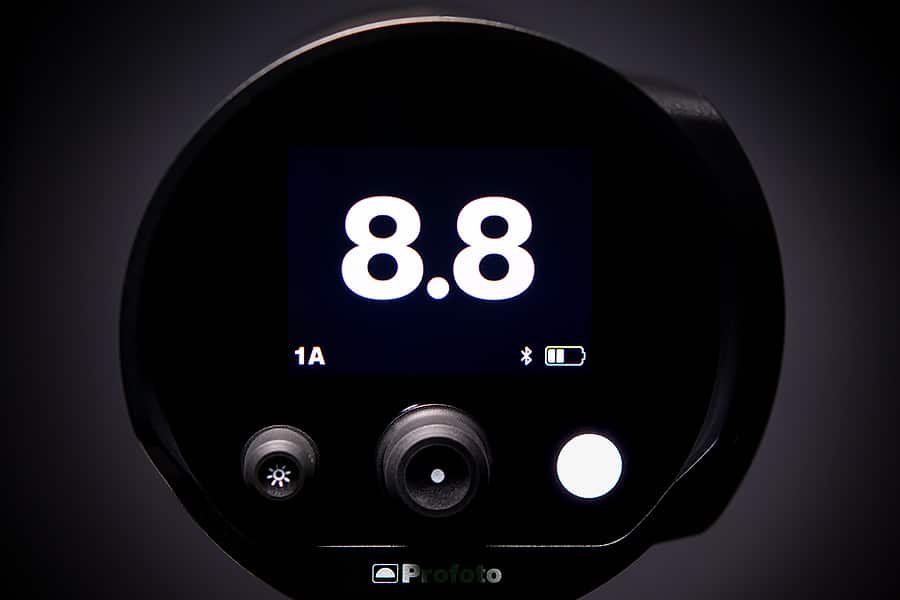 Two words: simple and intuitive. I, for one, can’t stand reading instruction manuals. When a new piece of gear shows up on my doorstep, I want to unbox and use it immediately. Which is exactly what I did with the Profoto B10.

On the back of the light, there are three buttons: one to turn it on, one to adjust the power and one to adjust the modeling light. When pressed, the middle button will also take you to the custom functions menu.

The home screen is satisfyingly uncluttered. The big number is your power level (ranging from 1.0 – 10.0 in 1/10th stop increments). Then you have your group/channel and battery life. That’s it.

During the time I had the B10 in my possession, I didn’t have to recharge the Profoto battery once. I can’t say for certain how many flashes I popped off or at which power, but one charge got me through:

I also really like how the battery is built seamlessly into the side of the light and attaches/detaches easily for battery swapping.

Plus, you can charge the battery without even removing it from the Profoto B10. Simply plug the charger cord into the jack on the bottom of the light and voila! You can now shoot with the B10 while it’s charging.

I don’t see this coming in handy for wedding work, but I think a lot of studio photographers out there will love this feature.

Finally, there’s a button on the back of the battery that shows you how much juice you have left. This way, if you have multiple Profoto batteries, you can quickly and easily check the life of each battery without having to insert it into the B10 and power on the light. I wish my camera batteries did that! 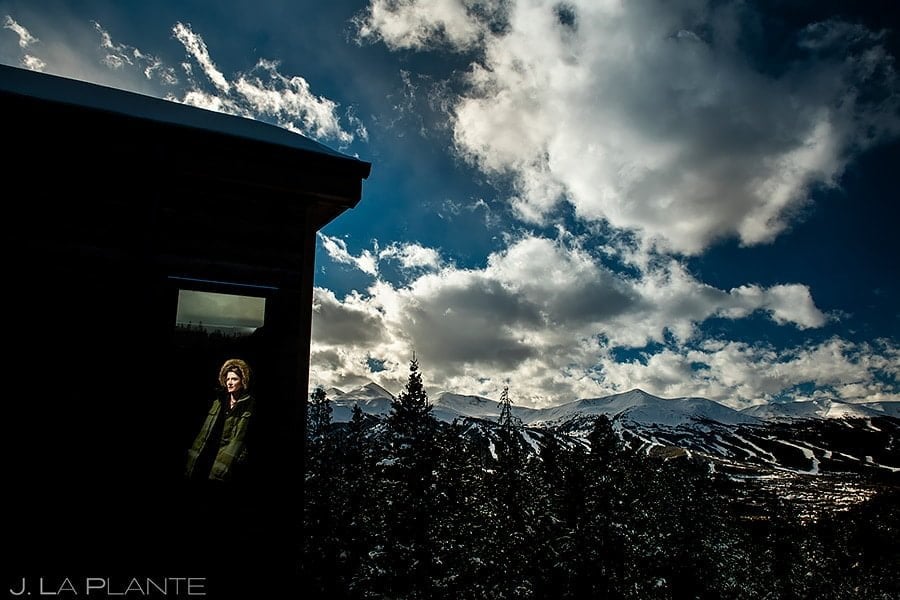 I’ve heard tales of photographers firing off hundreds or even thousands of shots with these lights and never having a single misfire.

That wasn’t the case for me, unfortunately, but it was still pretty darn consistent. Out of every 50 shots, I had maybe one or two misfires. I’ll take those numbers any day of the week.

Now for my two biggest gripes with the Profoto system, both of which have more to do with the Air Remote than the B10 specifically: 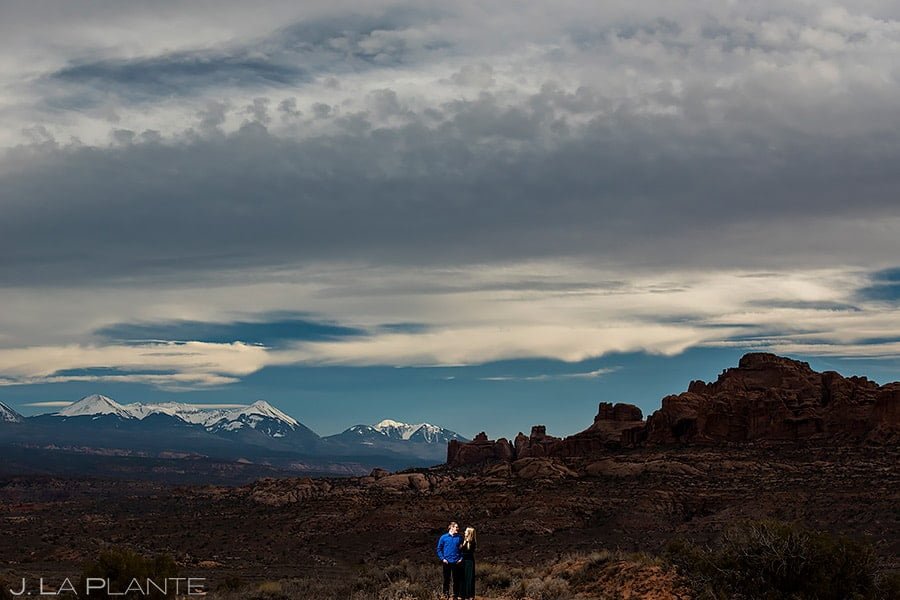 One more gripe, also involving the Air Remote. The remote is supposed to automatically flip over to HSS when you dial your shutter speed past your camera’s sync speed… but it doesn’t always work (at least for me).

Let me give you an example of what I mean. We were shooting an engagement session in the middle of the day. With the bright ambient lighting conditions, I pushed my shutter to 1/800th. The Profoto B10 promptly ceased to sync with my camera.

The solution, I found, was to wiggle the Air Remote around in the hot shoe until the connection was just perfect so that the remote would properly read the shutter speed. At first, I thought it was an issue with my hot shoe, but I tried the Air Remote on my other camera bodies as well and experienced the same problem with each camera.

Maybe there’s something I’m missing. Maybe I had a faulty remote. In any case, once I got the remote to read my shutter speed, HSS worked flawlessly with the Profoto B10.

I don’t use TTL, but Profoto makes it super easy to quickly find a baseline with TTL and then switch over to manual to make tweaks.

I can see this coming in handy for a lot of photographers out there, particularly when shooting with a time crunch. 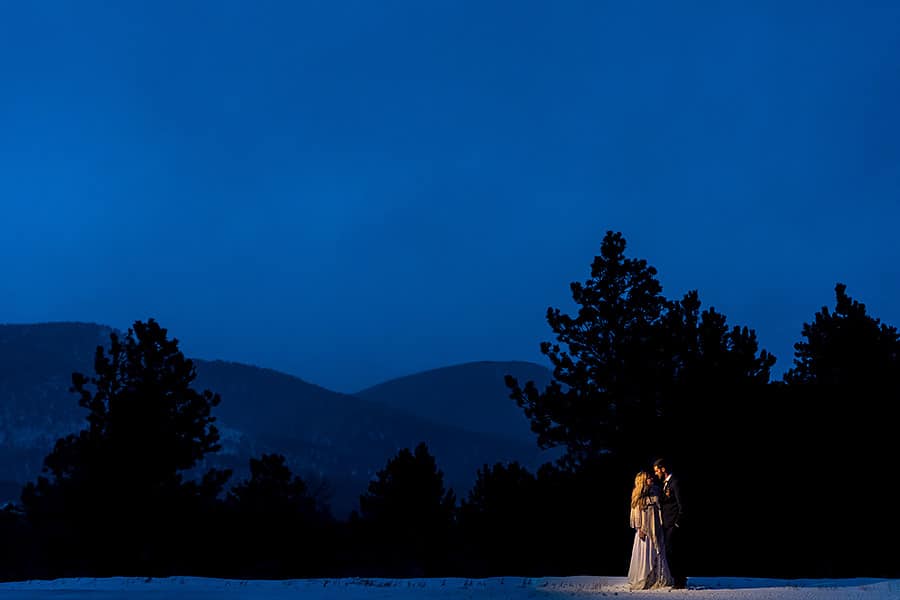 The coolest new feature on the Profoto B10 has to be the video light. All of my other flash units have modeling lights, but none are powerful enough to actually light your subjects for still photos.

Not only is the video light on the B10 plenty bright, but it also has a color temperature adjustment that allows you to change the color of light along the kelvin spectrum. This makes it super easy to match and/or shift the color temperature of the ambient light without having to use CTO/CTB gels.

This will be most useful for videographers, of course, but I suspect it will come in handy for a lot of still photographers out there as well.

For example, in the image above, my friend and colleague, Marc Bergreen, shifted his white balance to the blue end of the spectrum, which rendered the snowy mountain scene a nice, rich blue color.

Meanwhile, I lit the couple with the Profoto B10’s video light turned all the way to orange to correct for the white balance shift. 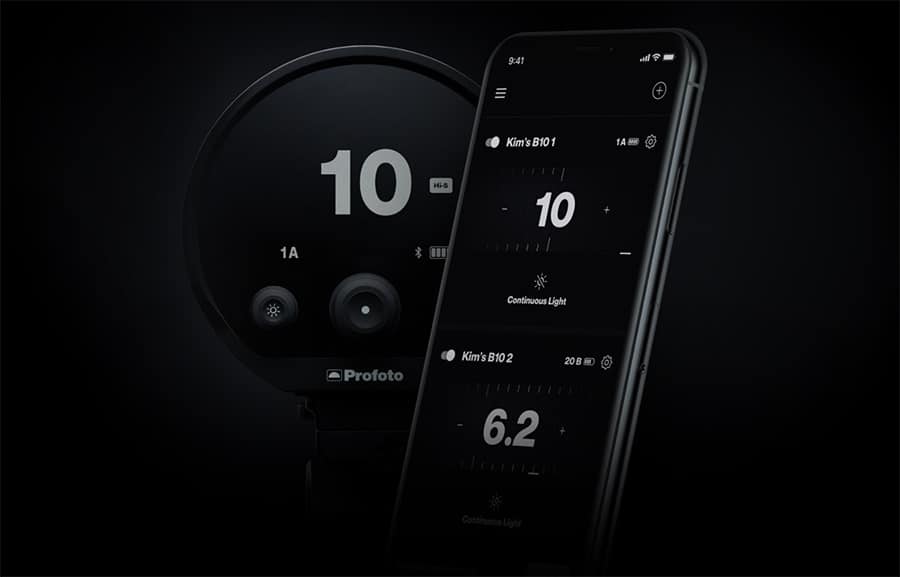 The Profoto B10 is also compatible with Profoto’s new iPhone app, which allows you to make adjustments to your B10 straight from your phone. Remember how I said the Air Remote doesn’t tell you the flash power on the B10. Well, your iPhone does!

I personally don’t see myself using the app because 1) I don’t own an iPhone and 2) it seems a bit arduous to hold your phone in your hand while shooting a wedding. That said, I can definitely see this being useful for some of the more techie photographers out there.

Last note on this: you can also sync the B10 to your iPhone’s digital shutter which will allow you to experiment with OCF while taking pictures with your phone. Instagram models rejoice! 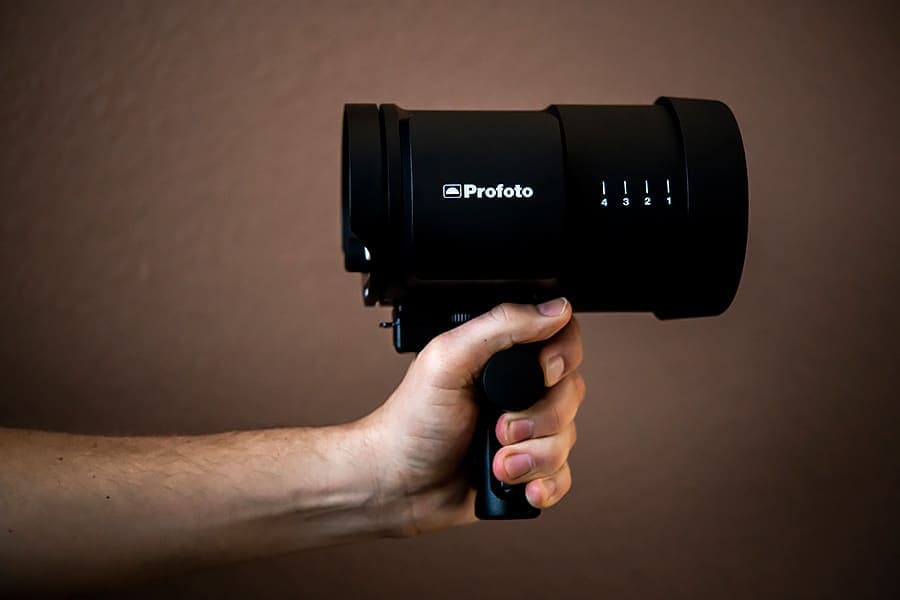 I really, really like the stand adaptor that comes with the B10. It fastens securely into the bottom of the light and is incredibly solid and secure when attached to a light stand. It also feels great to hold in your hand. High ergonomics points on this.

The Profoto B10 also comes with a nice, sleek carrying case that perfectly fits everything you need to take your light on the road. And if you buy two B10s, you get a super cool backpack to transport the whole set.

I wasn’t able to get my hands on any modifiers, unfortunately, but I must say I’m intrigued by the B10’s mounting system. Based on a few videos I’ve watched, you simply slide your mods onto the B10 and ratchet them down. A huge step up from traditional speedrings, in my opinion.

And based on the quality of light from the B10’s bare flash head, it’s a bit frightening to think what can be achieved with a full arsenal of Profoto mods. 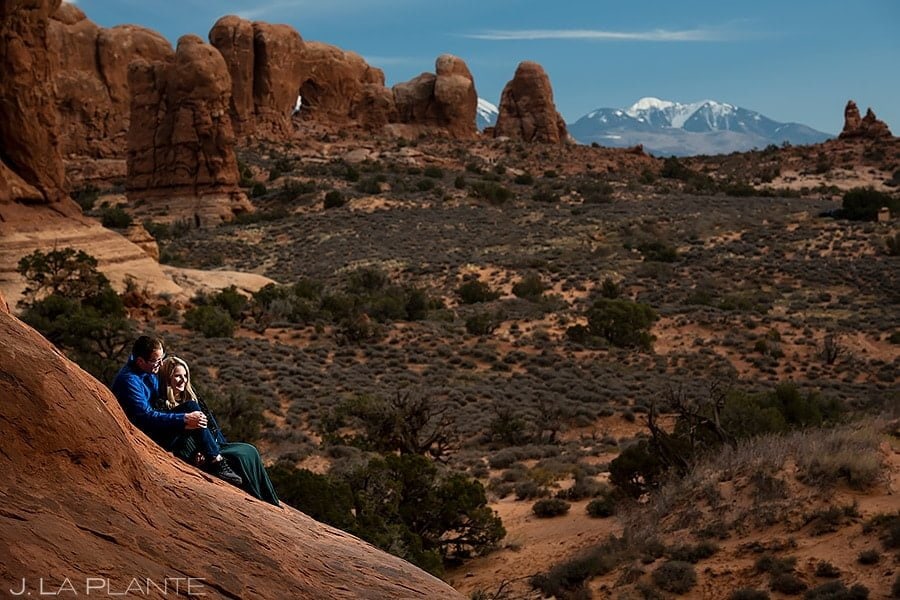 I’ll answer that question with another. Why purchase an 18-year-old Macallan when you can pick up a bottle of Dewar’s White Label for a fraction of the cost?

Some people are willing to pay a premium for nice things. Some people like Dewar’s. There’s nothing wrong with either of those things.

It’s like we tell our couples when they’re planning their big day. Don’t feel like you have to have the best of everything. Spend your money on what’s important to you and forget the rest. But only you can make that decision for yourself. 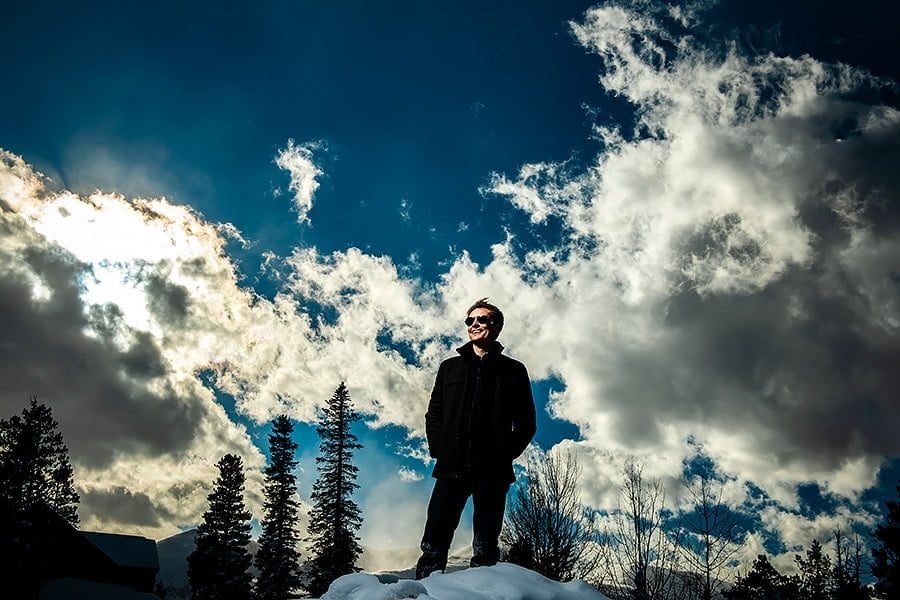 The Profoto B10 is a damn nice light. It feels like it was designed with the wedding photographer in mind. If you’re looking to buy into a lighting system and you have the funds to do so with impunity, you won’t be disappointed with Profoto.

However, if you’re worried about having to take out a second mortgage on the house, the B10 probably isn’t in the cards.

If you lie somewhere in between, here’s what I would recommend: Rent/borrow a Godox AD200 and use the sh*t out of it. Do the same with the Profoto B10…

Then, go with your gut.