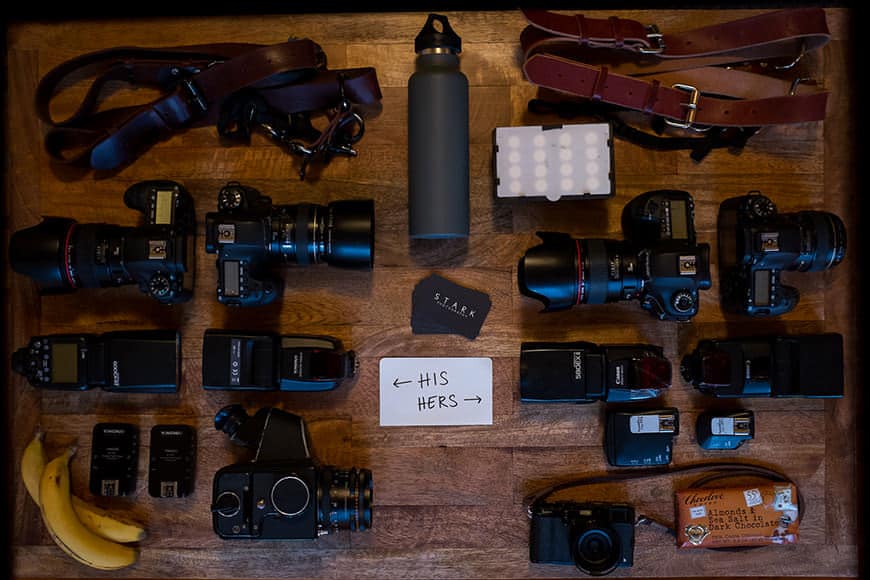 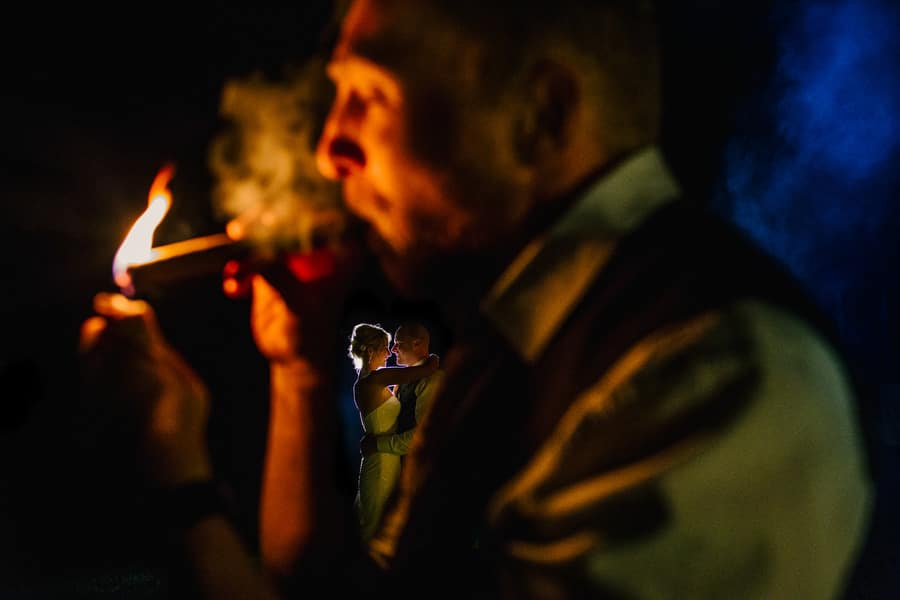 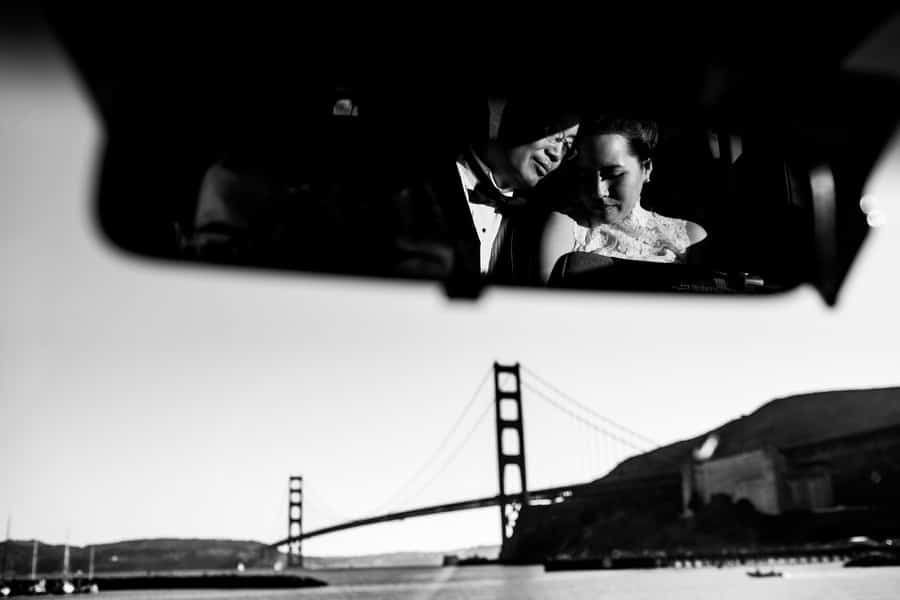 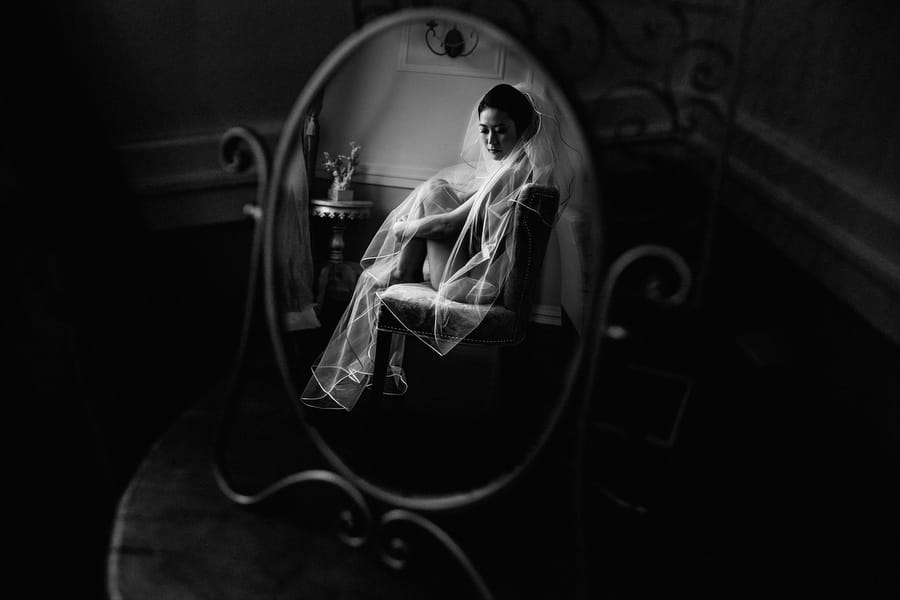 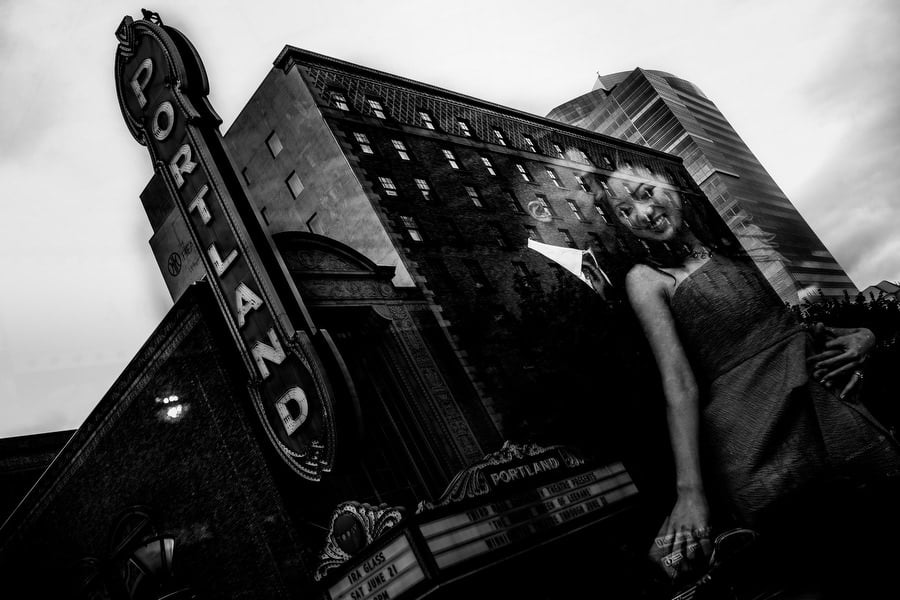 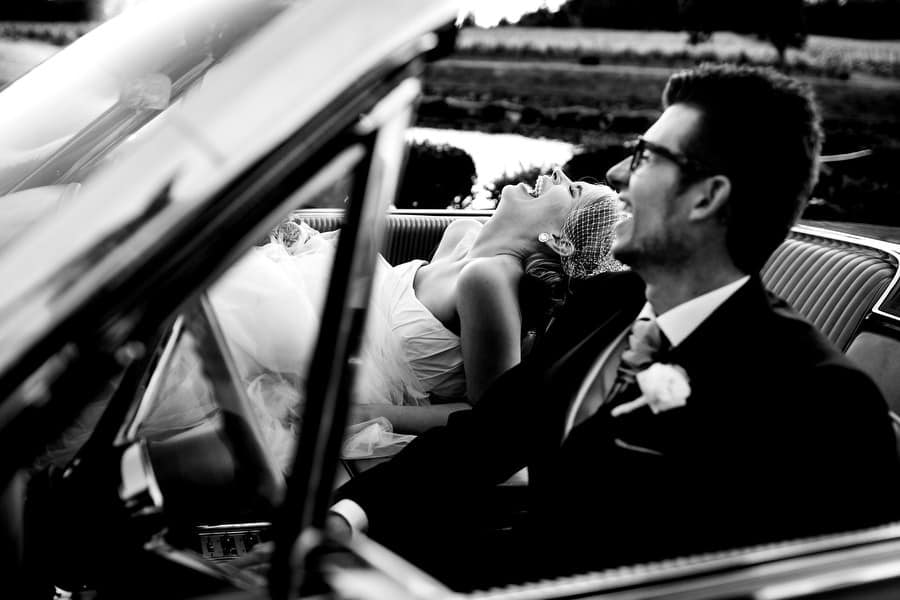 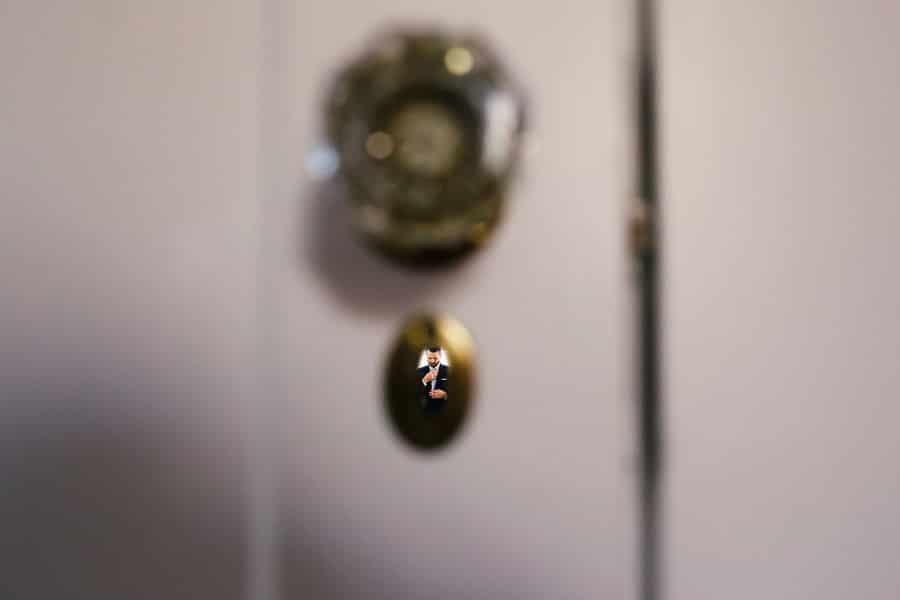 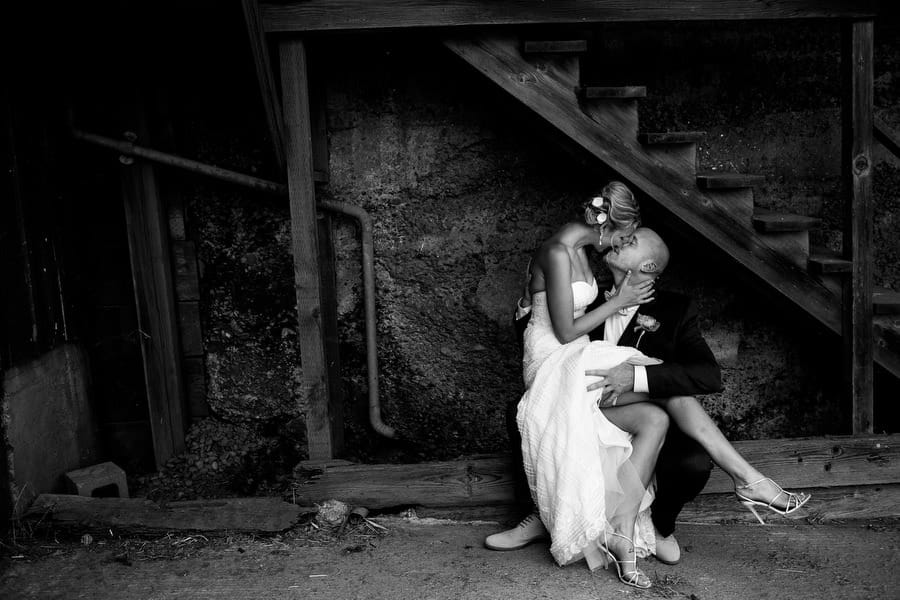 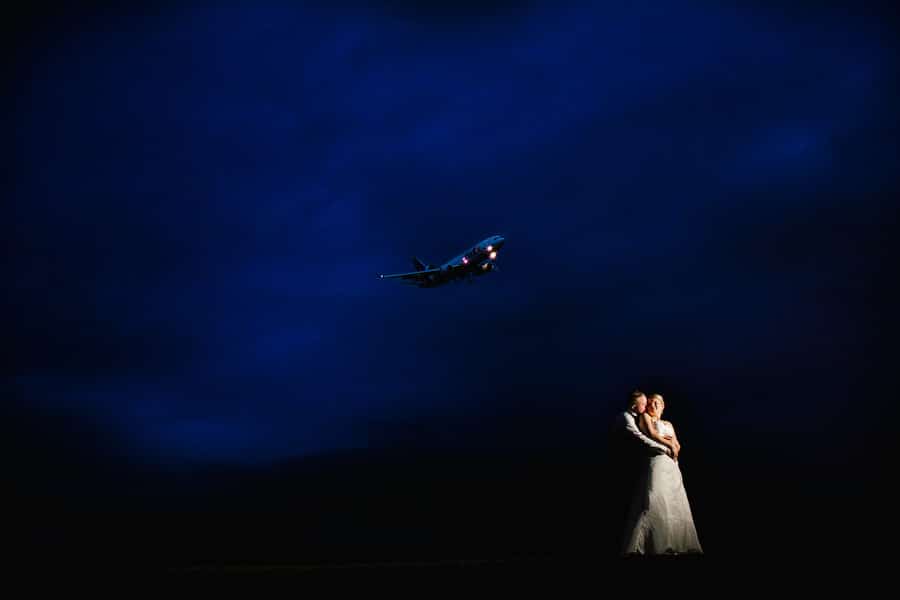 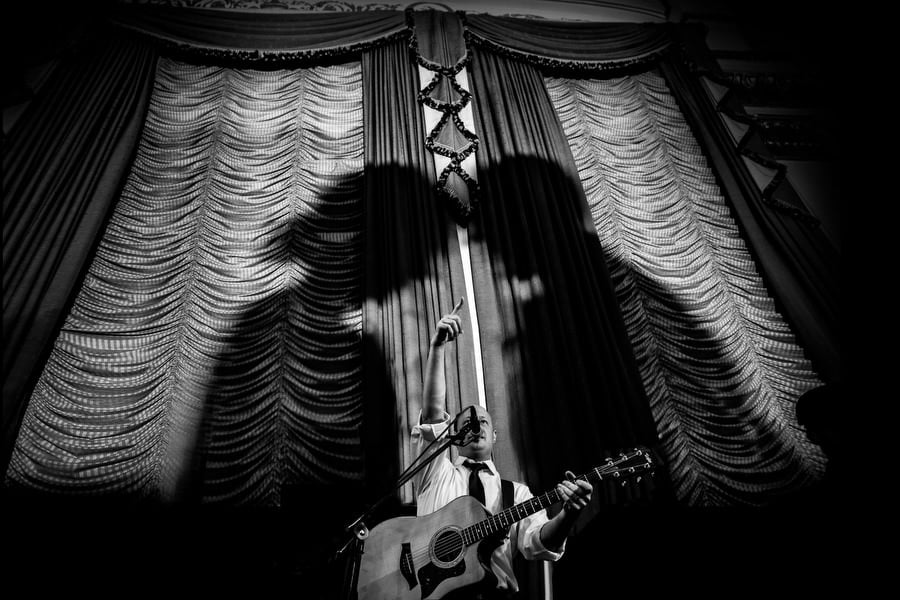 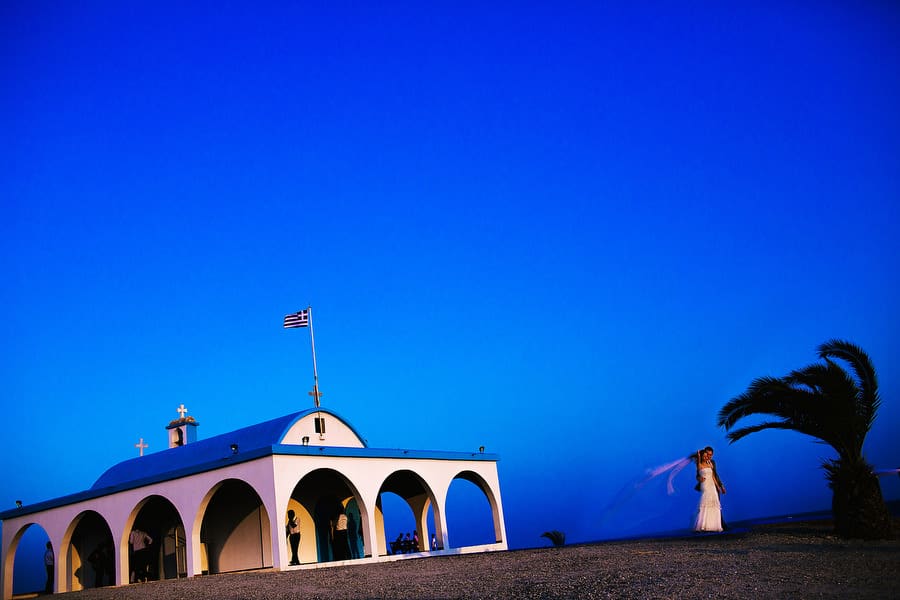 Thanks for asking us to be on ShotKit! We love this site and it’s an honor to be a part of it. We’re Daniel and Lindsay Stark of Stark Photography, based out of Portland, Oregon. We are a married couple and have been shooting weddings together for 8 years.

We describe our photography in 4 words: adventurous, romantic, fun and curious. We mostly shoot locally across Oregon but have also had the great luck of being able to photograph weddings in Greece, Australia, Mexico and the Caribbean, as well as destinations across the US. This job is awesome and we love every second of it!

When we first started out shooting weddings, we were shooting on one Canon 20D each and I remember being embarrassed when everyone else had all these fancy cameras and multiples of them at that. Then we started winning awards using these cameras and realized that camera equipment didn’t matter as much as we thought.

I think people can go way over board on gear, thinking it’ll make you a better photographer when actually it does the opposite. Look at all the greats – they shot on 35mm Leicas with a 50mm lens. That’s it. That said, we’ve naturally upgraded over the times and we love our latest set up.

What you’ll find in our Think Tank Retrospective 30 camera bags:

Canon 6D x3
Canon 5D MKIII – We’ve slowly gotten rid of our other MKIII’s – too heavy and not as snappy as the Canon 6D. And the 6D is a third of the price. We’ve won over 80 awards, photographed countless weddings using the 6D’s and no one can tell the difference. The only reason for keeping one Canon 5D MKIII is because of the external jacks that the 6d doesn’t have.

Holdfast Money Maker Straps – If you have a two camera setup, there really is no other option. They’re life savers for your back. Daniel took it upon himself to customize his by spray painting the hardware black so he could blend in even easier. However Lindsay thinks he’s crazy and the spray paint rubs off on his shirts so her chestnut straps have stayed the same.

Canon 550EX, Canon 580EX II, Canon 600EX-RT and Yongnuo YN-565 EX II – They all do the same job as far as we’re concerned. If I found out about the Yongnuo flashes before, I would just buy those. They’re a lot cheaper and work like a charm.

Lindsay has the Pocket Wizard Mini TT1 and Pocket Wizard Flex TT5. Which means she spends a lot of time cursing when it doesn’t fire and running back and forth between her shooting position and the flash. We’re now trying out the Yongnuo YN622C triggers. I can say this, they were only 70 bucks for the pair and they haven’t misfired once. And they take double AA’s – score.

Switronix TL-BT200 TorchLED – It’s powerful and works great. It’s a little big so we don’t bring it to smaller shoots like engagements.

Fuji x100s x2 (the other one is being used to take this photo) – love these little guys. They really do put the fun back into taking photos. We bring them on weddings and they’re great.

Hasselblad 500cm with 80mm lens. Daniel loves this camera. People love getting photographed with it. It makes them feel like they’re getting their photo taken with a “real” camera. It’s amazing to see how their body language changes when you start shooting with it.

We always pack potassium sticks AKA bananas. Great boost of energy and easy to eat on the go. Lindsay’s secret weapon, if she can’t sneak a piece of wedding cake, is Chocolove’s Almond and Sea Salt Dark Chocolate Bar.

Hydroflask – You can go the whole wedding and you forget to drink water. The hydroflask keeps your water (or beer ;-) ), cold the entire day. 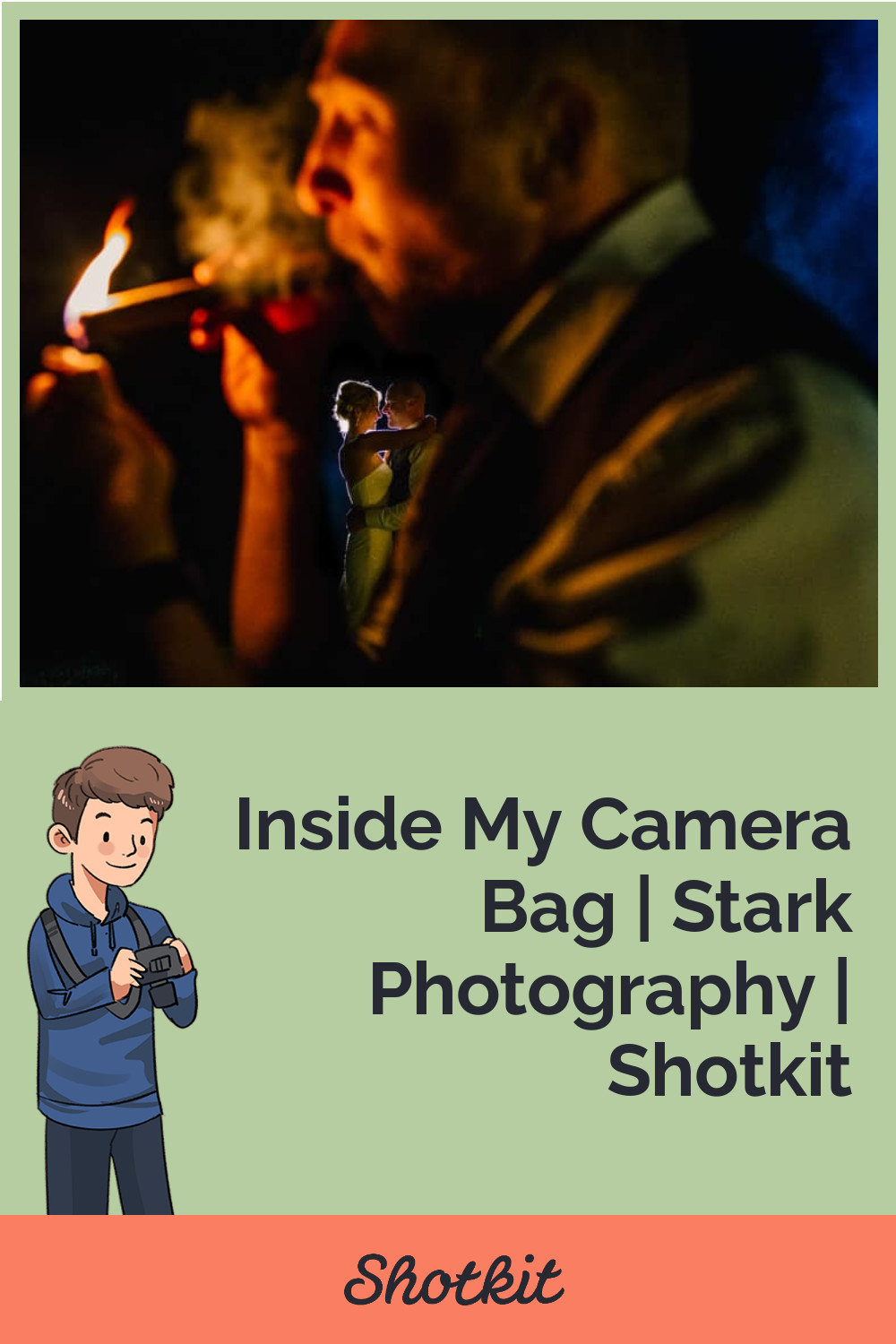