How to Get Unique Photos at Popular Destinations 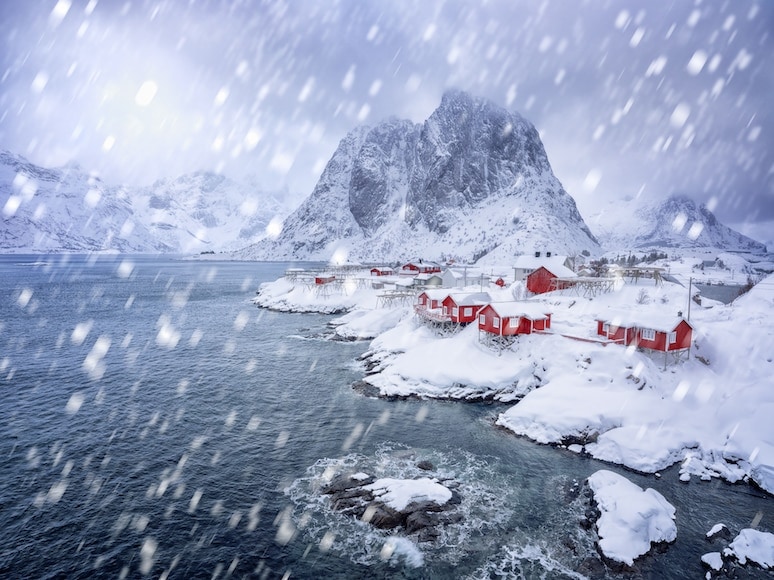 Traveling and photography go hand in hand. Whether you’re a professional travel photographer on an expedition or a tourist on a dream holiday, it’s only natural that you look to take photos that perfectly capture your experience and memories.

But before embarking on travels, photographers must ensure they’re armed with both the correct equipment and the knowledge that will enable them to do that.

Here are six things to keep in mind – especially if you’re looking to find new or unique perspectives at a destination that’s already been photographed countless times.

First thing’s first – make sure you have the correct camera on hand. Think about what you really want to achieve from your travel photography.

For seasoned professionals embarking on travels in order to capture impressive shots, I recommend investing in a camera such as the Fujifilm GFX 100. This delivers the best in image quality and is the highest class resolution mirrorless digital camera.

Those of you anticipating that a lot of exploring will take place won’t want a huge camera weighing you down when you don’t necessarily need it. In this instance, I recommend using the Fujifilm X-T30 or X-T3.

Both of these cameras are lightweight and compact while still delivering impressive imagery, making them the perfect camera companion when getting out and about. You can also find more of the best Fuji cameras in the Shotkit guide.

Once you’ve decided on your camera, it’s time to get acquainted with your surroundings and the lenses you should use.

The greatest friend you will have in photography is light. It is undoubtedly the single most important factor in taking great landscape photographs.

The magic really happens in the “golden hour,” which is the half hour either side of sunset and sunrise.

Due to the angle of light being so low during this period, it creates impressive textures and patterns within the scene.

This can be further accentuated by a lens with a fast aperture, such as the FUJINON XF18mm f/2 (or any of the Fuji lenses with an aperture greater than f/2), which perfectly captures the changing light.

Having your camera on a tripod is also important if you’re looking to create time lapses that show the sun’s shadow movements throughout the sunrise and sunset. This mixture of colour and light creates a photographer’s paradise, immediately warming up shots.

The image below, taken in Slovenia, is a perfect example of this.

I captured this scene on the last morning of my trip. Slovenia is dotted with hilltop churches, such as this St Andrews Church that is located a short distance from Ljubljana. The fog mixed with dawn lighting, and the fact that I was capturing the scene from high up, meant I was able to establish this magical shot.

The golden hour light adds a dreamy colour palette to this landscape in Slovenia.

It’s one thing to watch the weather but it is a totally separate thing to actually understand it. Cloud formation, in particular, can have an amazing impact on the range of colour in your images.

As different cloud structures move through the night sky, this will greatly increase the chance of the cloud lighting up the following morning. The results can be impressive for beach shots, adding depth to the colour of the water’s reflection.

It goes without saying, but weather conditions such as wind and rain will impact your shots. So make sure you take time to analyse the weather conditions before you start shooting. If you’re better prepared, chances are you’ll gain some impressive imagery.

One of the main things I look for when I shoot is a strong foreground, which can ultimately make or break your images.

There’s a lot to consider when working with strong foregrounds. You have to walk a fine line between using various compositional tools such as leading lines, the rule of thirds, movement and reflection in order to create a foreground that works within the scene you are shooting.

Take time to explore the scene before you shoot so you can work out how best to work with the landscape. This exploration, coupled with using a lens that’s approximately 16-35mm long, will enable you to capture those breathtaking shots.

When we drove past the below scene in Svolvaaer, I knew that it was the ideal landscape due to its strong and varied foregrounds. To capture this landscape I used a 10 image stitch shot. This technique enabled me to encompass the impact of the entire scene, including the creation of a very powerful reflection.

Strong foregrounds and symmetrical reflections come together to create an impactful image.

Often photographers will find themselves capturing shots that we have already seen before. And while these could be very impressive, I recommend being adventurous in your photography – looking out for other landscapes that are less frequently captured.

Find a dimension that sets your images apart. Look to capture a shot from a perspective you have never seen before. The trick is to allow yourself to forget all you have seen previously and look at the scene with a fresh vision.

Use the elements you have in front of you to create a complete image, rather than relying on the brilliance of one aspect to manufacture a shot.

Pairing this with an appropriate lens, such as a wide angle one that’s between 10-24 mm long, will create a range of scenes. Play around with the dimension to create different illusions – standing both closer and further away to transform the way different objects appear.

The featured image at the top of this post – taken in Hamnoy, Norway – is the perfect example. There is something very special about this part of the world, which photographers frequently visit. It has a magical feel to it, especially when the light is right.

To create this image I threw some snow in front of the lens. This added the extra blizzard element.

With the advent of digital, there is sometimes a mentality with photographers to “fix it later” in one of the many image editing apps available.

I believe digital is sometimes making us lazy photographers. The best idea is to focus on getting the shot in-camera so that you don’t have to recreate something later on.

Rely on your ability and the techniques you have learnt so that when you are shooting you are totally absorbed by the elements that are making up your composition and not how many layers you will need later on in Photoshop to fix a bad shot. 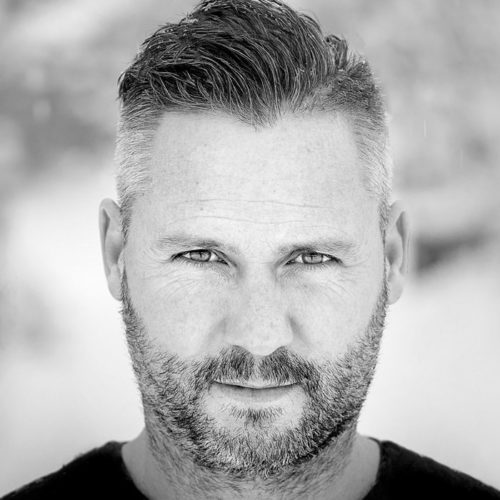 Glenn Mckimmin is a professional landscape photographer from Australia. He is a proud Fujifilm ambassador and the founder of Aperture Australia – the largest immersive photography conference in the southern hemisphere.