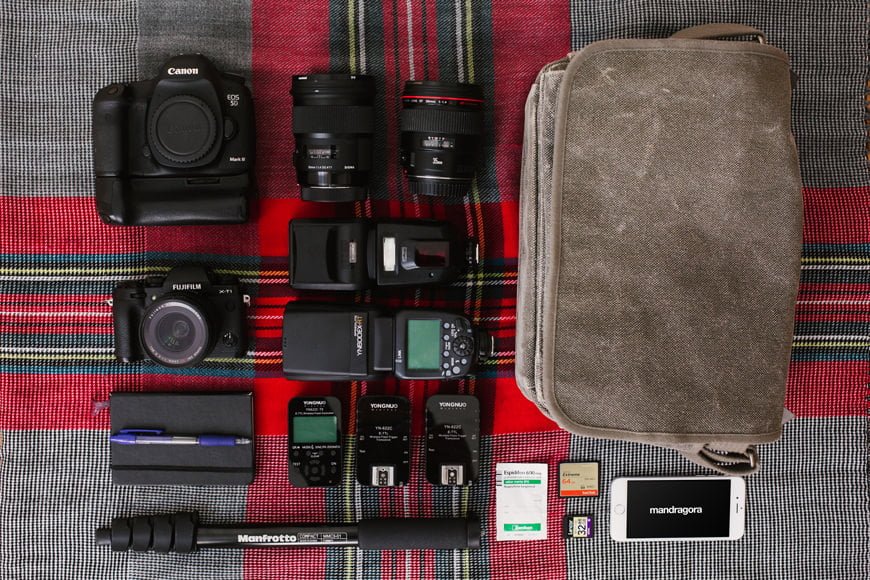 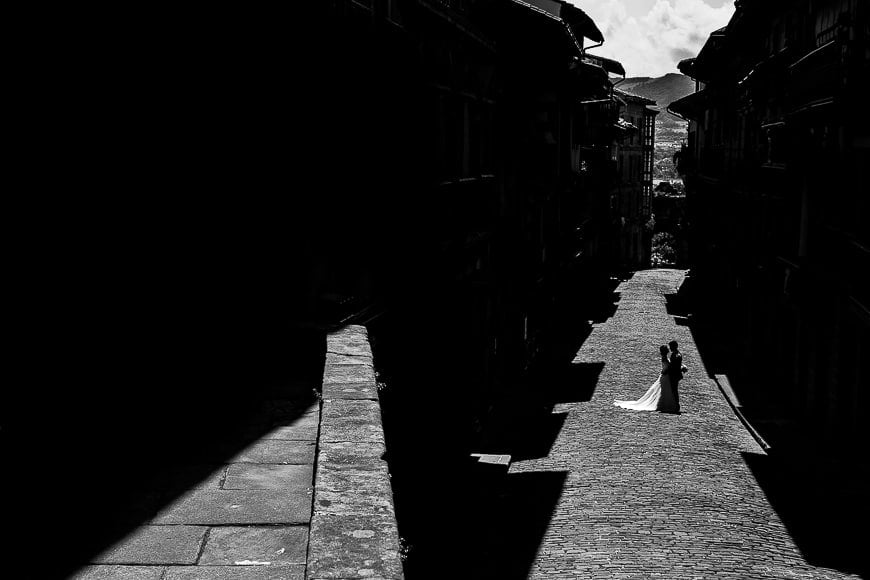 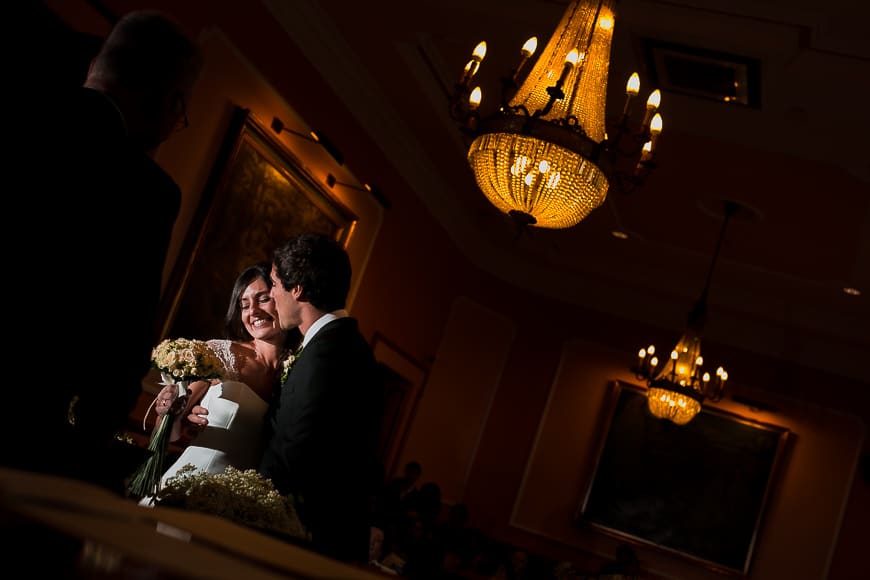 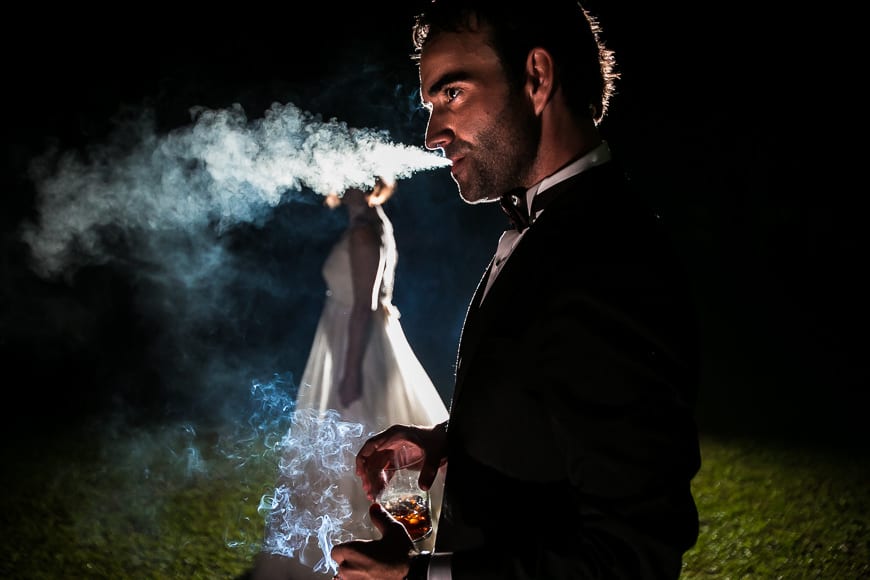 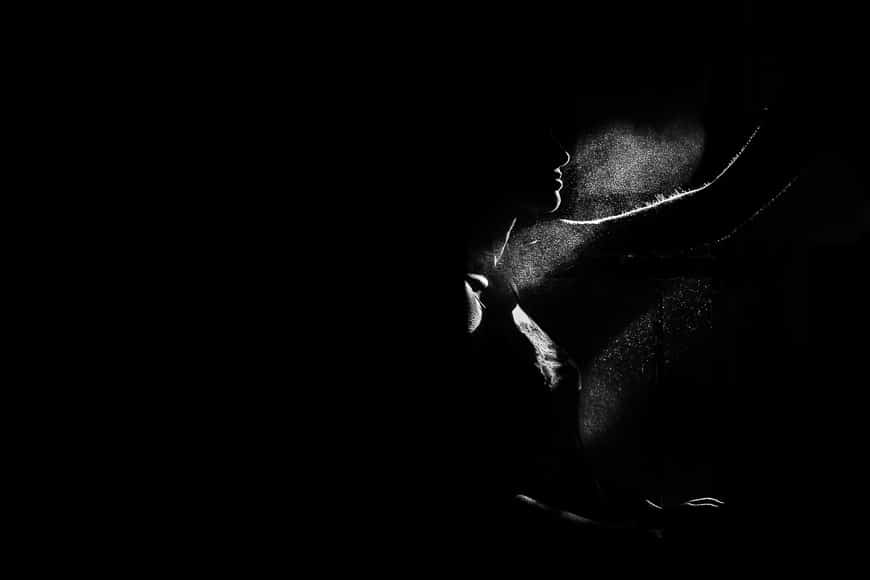 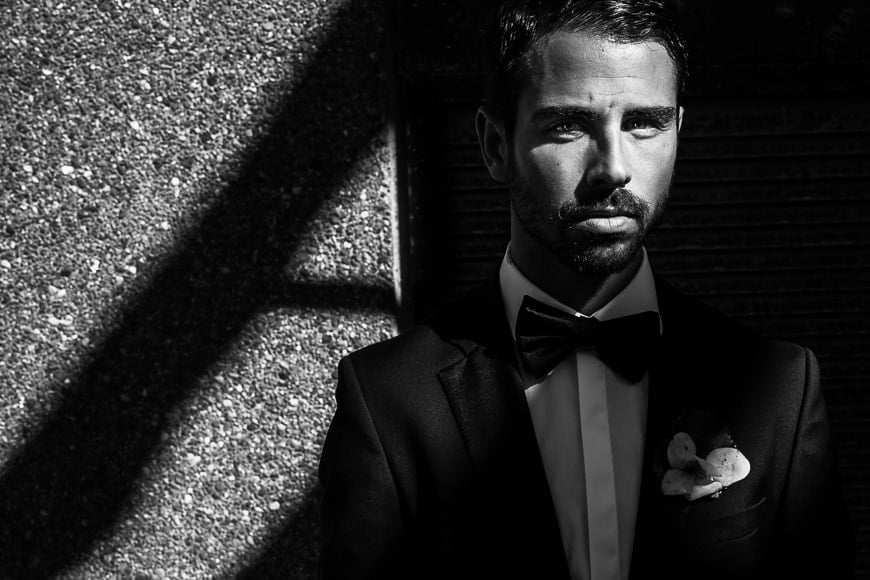 Hey everyone! My name is Unai and I am wedding photographer in Mandragora Photographers. We are based in Hondarribia, Spain. I have shot different types of photography like industrial, product, families and portrait for magazines in Madrid.

Since 2012 I have been really focusing all my efforts on weddings and gastronomy. My partner Xabi accompanies me to every wedding and we try to do a mix of photojournalism and elegant portraits. In the last two years, we have introduced more and more flash into our photography, to achieve greater contrast and visual impact.

I try to take the least possible equipment for weddings, to feel light. I wear necessary equipment like the ThinkTank Retrospective 7. It is the bag that has given me the best results so far. It also has a silent closing feature that allows me to go unnoticed in churches.

I perform weddings with a Canon 5D Mark III camera and take the Fuji X-T1 with the Fujifilm XF 23mm f/1.4 in the bag for specific moments. This year I want to try this mirrorless more at weddings to see how it behaves. I am still testing.

Last year I shot most of the weddings with the Sigma 50mm f / 1.4 DG HSM. This is a very versatile lens. I use it for photojournalism and portraiture. In the portraits I like to have a close relationship with the couples to maintain a good conversation.

Previously I used an 85mm, but I dismissed it from my bag because I didn’t want to keep that distance from my subjects. I also want more sharpness.

The Canon 35mm f / 1.4L USM I usually use less often, in small places, taking some photos of the couple during the bridal session and during the party.

Most flashes we use are of the Yongnuo brand. They are economical flashes and give us the quality we need. We mostly use Yongnuo YN600 EX-RT and the Metz 58 AF-2 because they have high-speed sync.

Since last year we use the Manfrotto MMC3-01 Monopod a lot with flashes. During the couple session, this setup gives us the freedom to place the flash where we want. Lately I carry the monopod in my left hand while I take pictures during the party. This allows me to move the flash away from the camera and put it at an angle of 45 degrees.

In the camera I use two memory cards, the SanDisk Lexar 64Gb and SanDisk Lexar 32Gb. In the 64Gb card I keep raw files and with it I shoot the whole wedding. In the 32GB card I make a simultaneous copy of JPEGs.

Our kit is designed to have mobility at weddings and transform the environment via the use of the flashes.