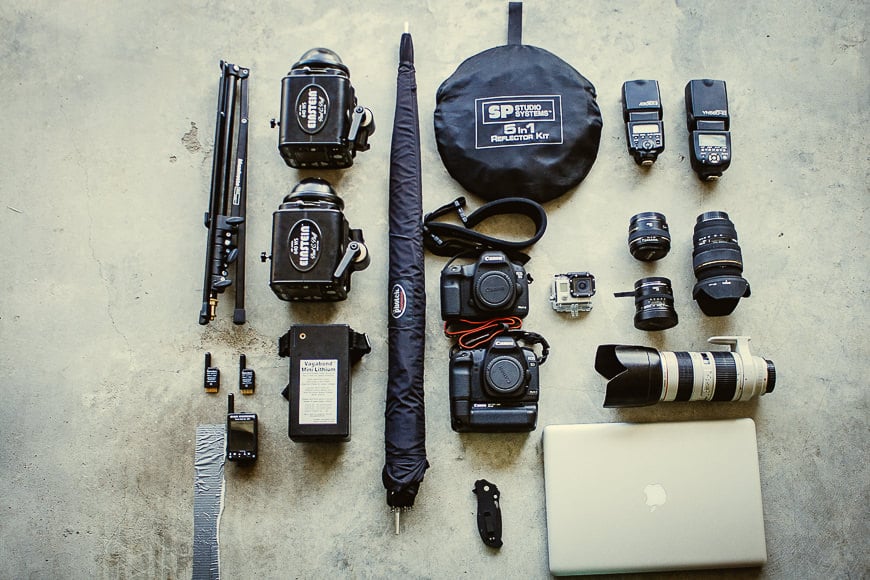 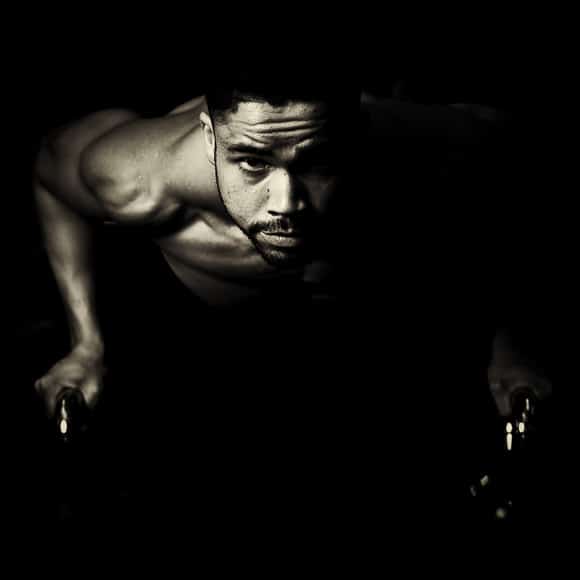 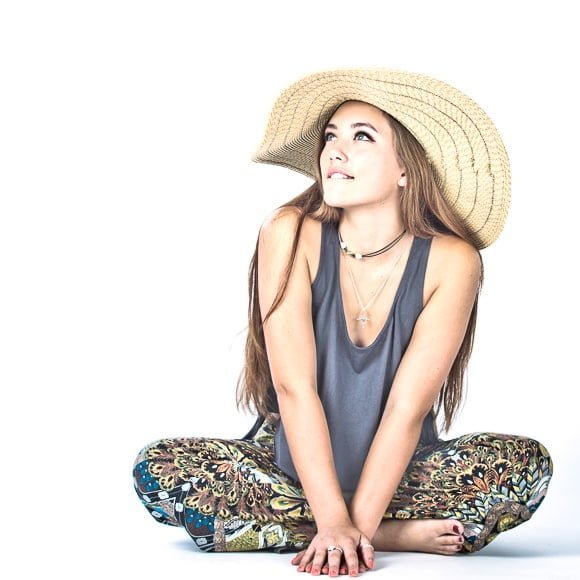 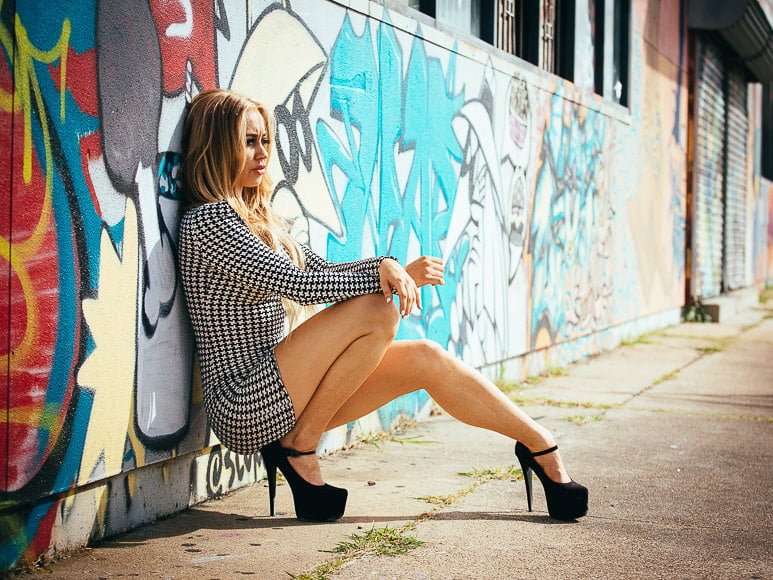 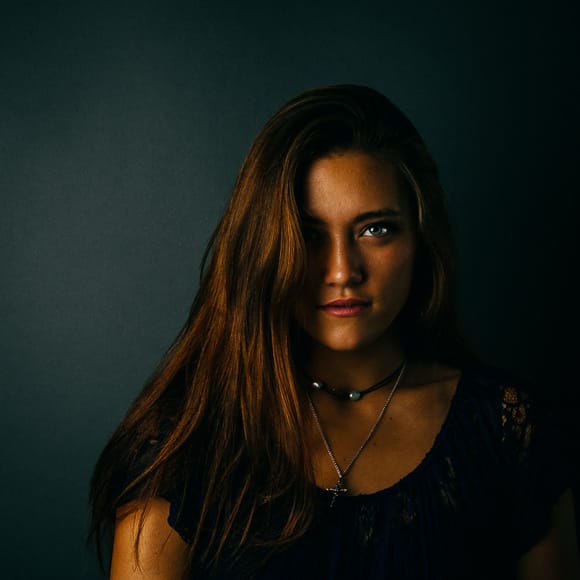 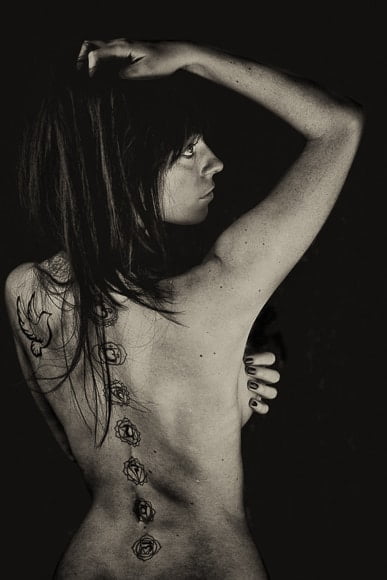 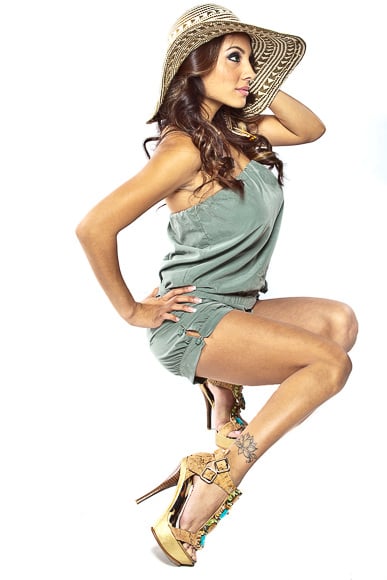 Hello everyone. My name is Jack Davidson and I’m a colorblind portrait photographer from Texas. I’m self taught and have been practicing the art for about 12 years.

Being colorblind has absolutely presented challenges for me. What I see and what everyone else sees are completely different so besides composition and lighting I also have to figure out if what I am seeing in my mind color wise is what everyone else is going to see.

I’ve absolutely put out photos before where I thought skin tones were normal, but they were in fact green or red and no one wanted to hurt my feelings so they never said anything for fear of being non-politically correct.

My taste in what I like to shoot changes constantly. I was really into doing studio work with tons of lights and really clean looks, and now I’m trying to challenge myself to get out there with just a camera and one lens and use all natural lighting to see if I can get anything worthwhile.

I have to say sites like Shottkit or Instagram really inspire me to get out there and keep trying things in an attempt to keep from mediocrity.

For a while I had fallen into a slump where I was only doing jobs that paid, the money was nice but it was uninspiring and it became just a job. Then I started seeing all this new work coming out and became unsatisfied with my own. It’s other great photographers who push me to be better constantly.

When I started photography as an amateur I did so with a Canon Rebel XTi and a Sigma 24-70mm f/2.8. The only reason I chose Canon was because a friend of mine who was a photographer used Canon. This way I could borrow and switch lenses with him if we ever shot together.

The Sigma 24-70mm f/2.8 was a workhorse, and for a quarter of the price of what the same Canon lens was going for, I didn’t cry so much when purchasing it. I also picked up a Canon 430 EXII flash so that I could shoot indoor events.

I second shot a few weddings for the money in order to purchase new equipment, but quickly realized I liked shooting portraits a lot more than weddings.

I knew I needed a different lens for portraits so I picked up a used Canon 70-200mm f/2.8L lens. I still use that lens 90% of the time when I am doing in studio work. I use it so much I have pretty much burnt out the motor in it and have to get it fixed up. It is an extremely versatile lens and doesn’t distort the face as much as shorter focal lengths can do.

After realizing that my little Canon Rebel XTi wasn’t offering my lenses their full potential, and that its lowlight capabilities were trash past ISO 800, I purchased a Canon 5D Mark II. Going from that small sensor to a full frame that could shoot at ISO 2500 usably was intense. I think I probably walked around for days just taking pictures of anything and everything.

I quickly bought a Canon BG-E6 battery grip for it because I have large hands and it makes the camera so much more comfortable to handle.

While I was burning up my credit card I went ahead and bought a new MacBook Pro and the newest Version of Adobe Lightroom at the time. It cut my editing time in half having such a fast machine to do my post processing on.

Once I figured out I really wanted to do mainly portraits I knew I needed to get some actual strobes. I looked around for awhile and found that Paul C Buff was coming out with a new line of strobes that were very impressive and much cheaper than what I was finding, but much better than the Alien Bee line he was known for.

I ended up buying a pair of PCB Einstein strobes, a PCB Vagabond Mini-Lithium power pack, and a PCB Cyber Commander. The latter is pretty much the PCB equivalent to Pocket Wizards, but I can change all the settings on the strobes remotely from the Cyber Commander unit on my camera’s hot shoe which is so much easier than going to each light individually to change settings if you don’t like what you see in your camera.

That setup above really held me over for years. Later, I bought a Canon 15mm f/2.8 fisheye

for fun. I don’t use it all that often, especially not for portraits, but sometimes you just are in a setting that requires that fisheye look.

I then purchased a Yongnuo YN600EX-RT Speedlite

, I could use it on camera or as a slave, and even thought it doesn’t have AF assist, it was more powerful than my Canon 430EXII and almost a sixth of the price as its Canon counterpart.

I also bought a SP Studio Lighting SPCR42K 42 inch 5-in-1 Reflector Kit for when I have an assistant with me and we’re shooting outdoors, or I can use the silver side during head-shots mounted to a light stand rather than setting up a third light.

Speaking of light stands, I have some heavy duty ones that aren’t pictures, but my favorite is my Manfrotto 5001B

. It folds up so small and can get pretty low to the ground if you need to get creative.

Those extras kept me happy for about a year until I saw some amazing street photography that I wanted to merge with my portraiture. That environmental portrait/street style persuaded me to buy a Canon 50mm f/1.4.

Having a sharp prime lens that pushed me to move my body and really focus so much more on my composition I think improved my photography greatly. You also look a lot less threatening on the street not having a giant telephoto pointed at strangers.

I will say to be careful with this lens, don’t drop it even a little bit or you’ll be sending it in, but for the price it’s a fantastic deal.

That camera has been amazing these last few months. It seems so much sharper than it’s predeccessor due to its much better AF system and I can get really usable photos at higher ISO due to its better processors. The only thing I wish I had for this camera was an extended battery grip because it does feel really small in my hands. So if anyone from Canon is reading this, please feel free to send one my way.

. This enormous light modifier is used by quite a few very famous photographers and I will say does a fantastic job at softening and spreading a large amount of light. I have only been able to use it on one shoot so far, but I look forward to seeing what else I can do with it in the future.

I don’t have a specific bag I walk around with my equipment in, but I do always have my GoPro Hero 3 Silver Edition

with me in the rare case I need to do something adventurous and want video of it.

I also carry a Zero Tolerance ZT0350ST on me because you never know when you’ll need it. I’ve used it to cut off tags on outfits, rip through zip ties, cut off seamless paper, even cut down wooded plants that were ruining my shot, and if I needed to rescue someone from a burning car with it, I could cut through a seatbelt like butter.

Lastly, thank ya’ll for having me on this site. It’s an honor to be featured next to some very talented photographers.