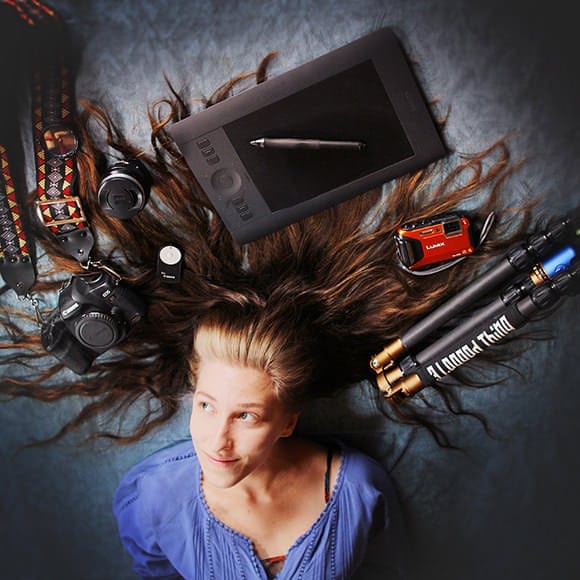 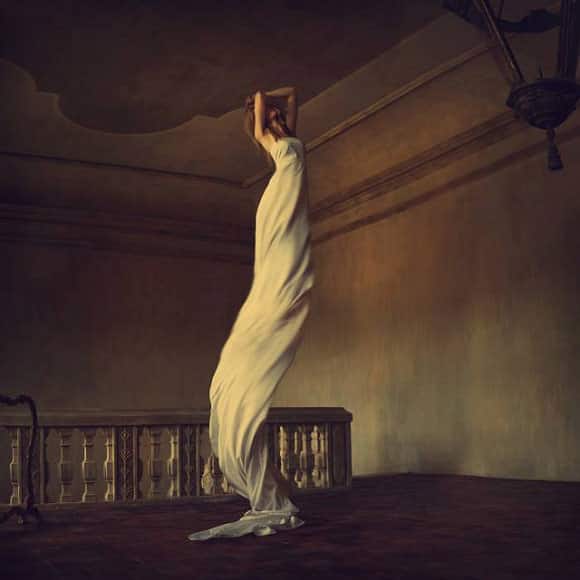 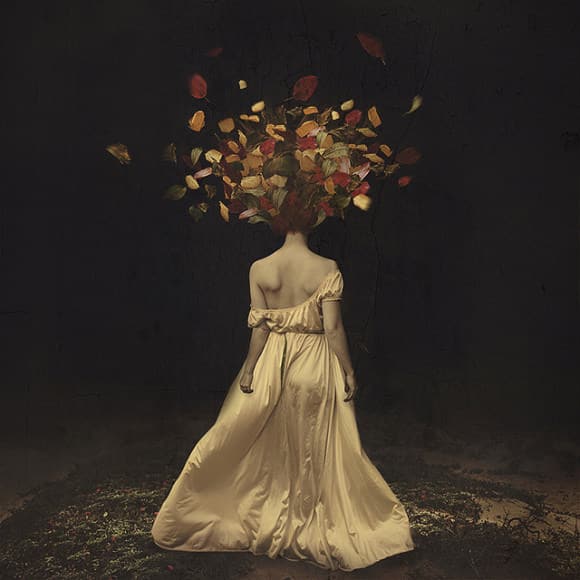 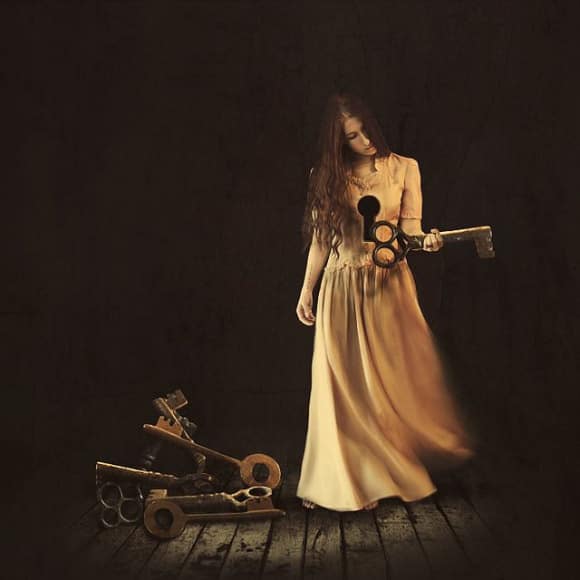 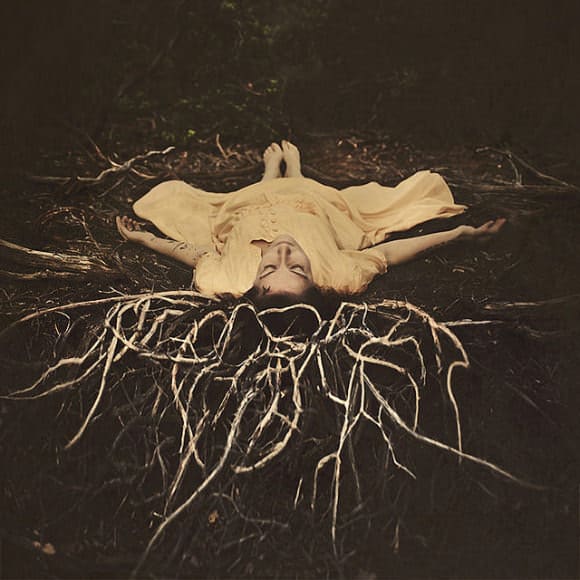 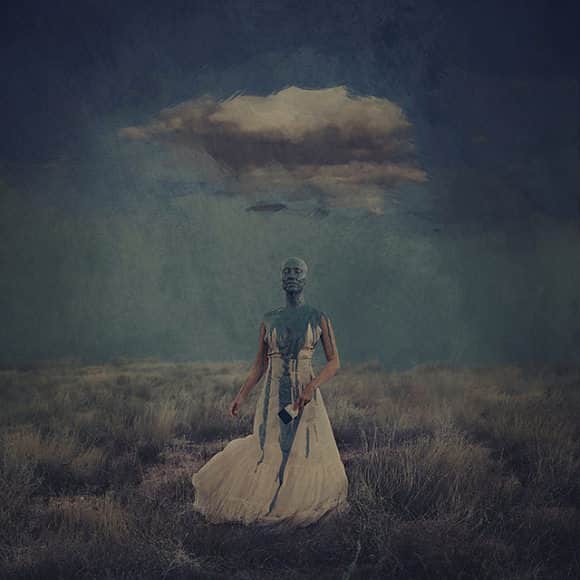 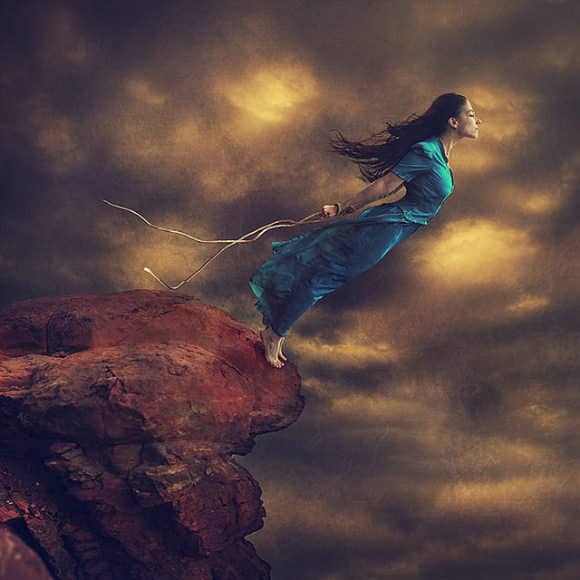 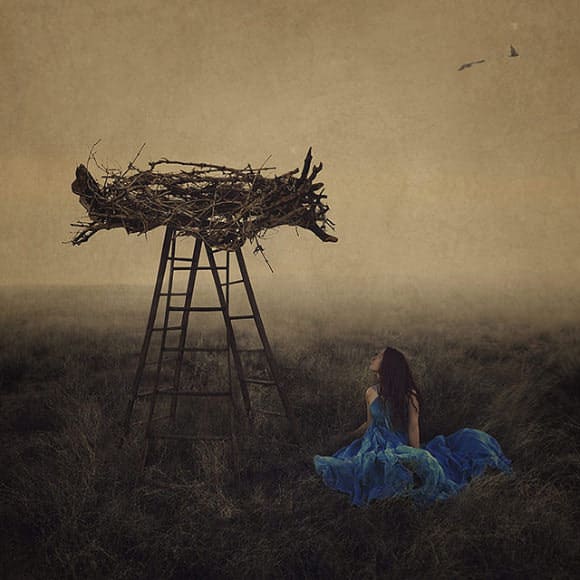 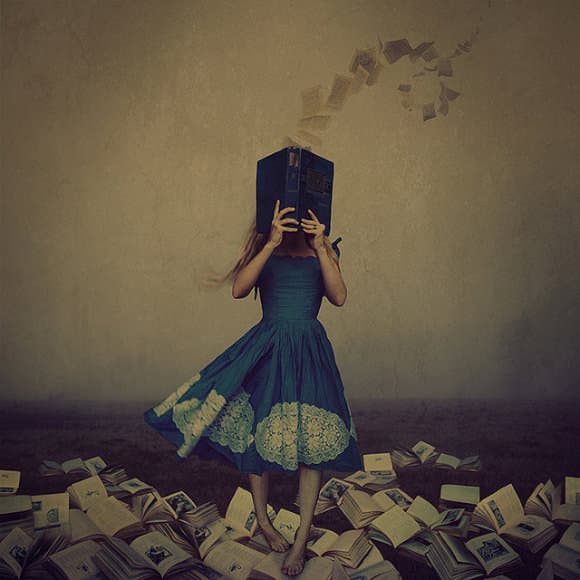 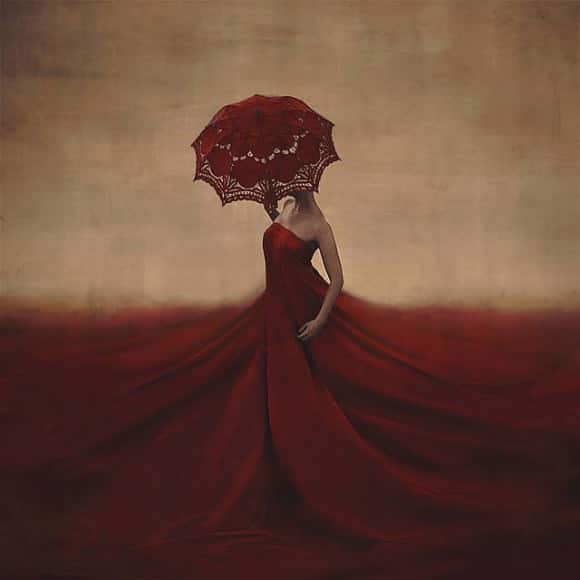 I am a great believer in imagination, and once someone taps into theirs, it is only a matter of time before they search for a way to make it come to life. The gear that I shoot my photographs with is integral to that process, and pictured above are a few items that I use on a fairly regular basis.

The first week I started photography I knew absolutely nothing about it except for one thing: I didn’t like it. I had always seen photography as a highly technical genre of art and I am not a highly technical person, so I was intimidated. I didn’t want to carry around lights or sandbags or monitors, and I wanted to keep it as simple as possible.

The first images I created I either used window light or bare bulbs with paper lanterns around them. I shot with a Nikon D80 and a zoom lens that my cousin had given me and, after I got past the initial brainstorming session of how to work everything, I fell in love.

Months went by where I was creating every single day. I had found a tripod at a local thrift store, got myself a Nikon 50mm f/1.8 lens, and had found my bliss.

A couple of years later the autofocus on my lens broke, my tripod leg fell off, and I was in need of some upgrades. At that point I had quit my 9-5 and started creating photographs full time, showing in galleries, teaching workshops, and licensing my images.

That was the first time that I understood the need to be more mindful of how I created, both shooting and editing.

I upgraded to the Canon 5D MK ii in order to have a full frame sensor and video capabilities. I also got a Canon 50mm f/1.4 lens (and a Canon RC-4 wireless remote, alternative Opteka RC-6 remote) at that time and my pictures became a little bit clearer. This was paramount for my images because I was printing them at large sizes for the gallery shows. I had more clarity and could print larger without stretching as much.

I also got a Wacom Intuos Pro Small Digital Tablet, which ended up saving me a lot of money because I could edit in a much tighter way so I didn’t have to re-print images when I found editing mistakes.

Eventually my gear changed a little bit more when I got a 3 Legged Thing Evolution 3 Pro Brian Carbon Fiber Tripod. The legs of my tripod stopped falling off, which was a very nice change of pace, and the tripod was lighter and could achieve higher and lower angles than my previous so I could travel easier, which was something I was doing a lot more. I began craving photo adventures and started to make that happen.

This past year I got a Zeiss 50mm f1.4 lens and learned how to shoot with manual focus. I also got a Panasonic Lumix Tough underwater camera that I started using for my underwater work.

Not pictured here is an Ikelite underwater housing (for the Canon 5D Mark II) which I use on a lot of underwater shoots, but if I need a no-fuss technique I use my point and shoot.

I took my new gear with me on adventures to France, Dubai, Iceland, Australia, India, and England where I met a community of people who have changed my life more than any gear could.

I still prefer not to work with a lot of gear. I don’t use lights, though on the couple of occasions that I have I’ve used continuous SweetLight Systems.

I greatly admire photographers who utilize more gear than I do and am often drawn to work like that. I admittedly don’t know how to put a soft-box together and am generally useless on a photo production, but I love my way of creating.

If nothing else, I know what makes me happiest, and using easy-to-setup equipment with lots of imagination is my favorite way to create.