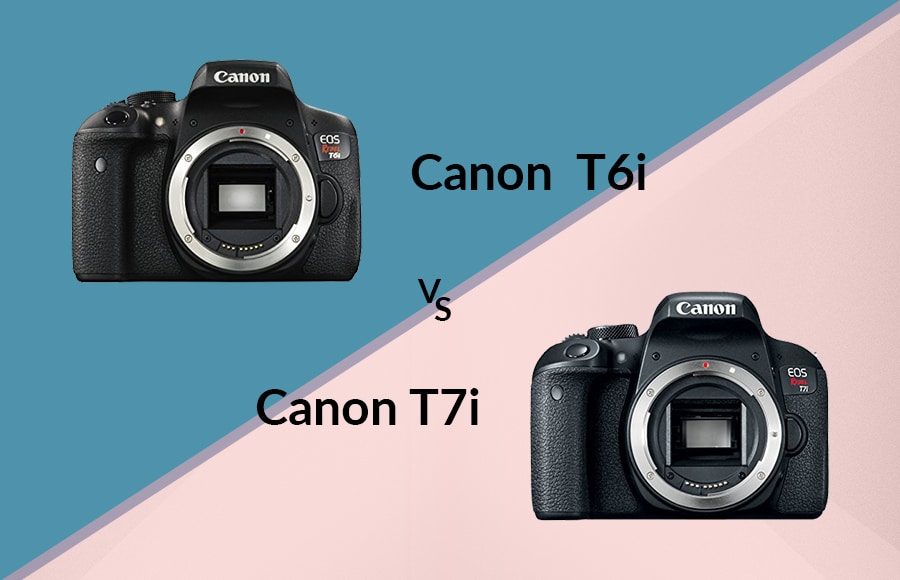 The T7i is the newer of the two cameras, which means that it offers at least a few upgrades over its predecessor. 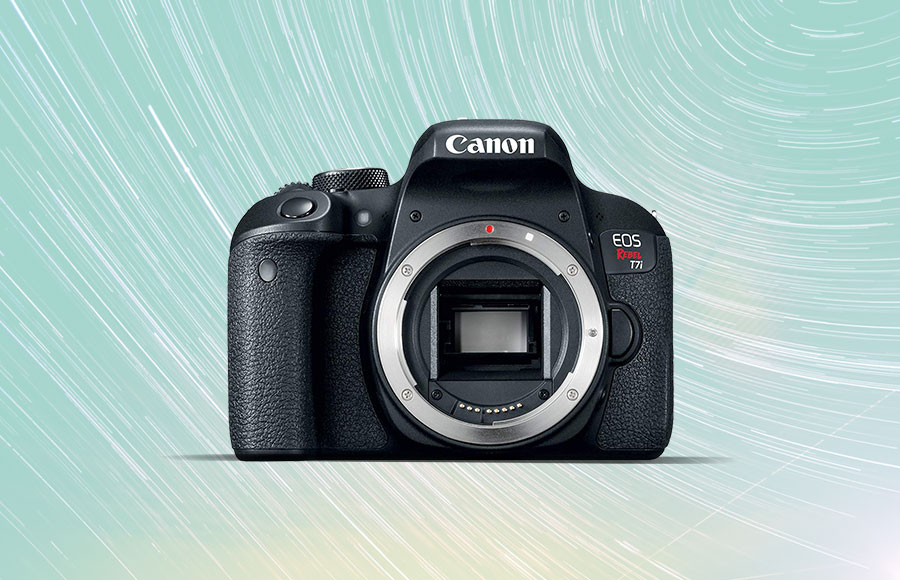 With improved autofocus, longer battery life, superior video and faster drive, the T7i is worth the extra money.

But the Canon T6i offers the lower, more compelling price point – so if you’re on a budget, you’re probably wondering: Is the extra cash for the T7i worth it?

Looking at the two cameras side-by-side, you won’t notice much of a difference. The front grip is a bit more recessed on the T7i, which can make for a slightly improved handling experience, but both cameras are generally well-shaped and easy to work with in any situation.

If you’re dead set on shaving weight off your kit (or you’re coming from a very lightweight camera setup), that extra 20 g on the T6i might make a difference, but otherwise I wouldn’t worry about it.

Generally speaking, both of these cameras will provide you with a compact, travel-ready body; one that’s perfect for casual shooting, travel photography, vlogging, and more.

The Canon Rebel T7i and the Canon Rebel T6i are DSLRs, which means that you won’t have access to an electronic viewfinder – those are pretty much confined to mirrorless – but you do get crisp, clear optical viewfinders, albeit with 95% coverage.

If you’ve ever used a viewfinder with less than 100% coverage, you’ll know why that loss of 5% of the frame is frustrating. It’s easy to miss compositional elements along the edges of the frame, and thus have to do extra work cropping in post-processing.

On the other hand, you do get decent LCDs on both cameras, sporting touchscreen capabilities as well as full articulation.

For photographers who primarily shoot via the optical viewfinder, this may not seem like a big deal. But if you’re a macro photographer, an architectural photographer, or even a portrait photographer, being able to a) use the LCD to select your point of focus and b) twist the screen into all sorts of crazy angles is essential.

A fully-articulating LCD is also key for vloggers, who often flip the screen around to watch themselves while filming.

Both screens are 3”, and you get a nice 1040K screen for extra crispness.

Not bad at all.

Entry-level DSLRs like the Canon T6i and the Canon T7i aren’t top-of-the-line when it comes to build quality, but they’re far from poor.

Both bodies are made from a mix of aluminum and polycarbonate, though neither packs weather-sealing technology – so be careful when venturing out in rain or snow.

Holding the two cameras in your hand, they feel a bit plasticky, but nothing to be especially concerned about.

And, as always, Canon has managed to create a comfortable mold that works well for folks with big and small hands alike.

This is coupled with a good shooting experience, thanks to the touchscreen LCD, the tilt-and-swivel capabilities, plus a simple array of buttons to work with.

As with all of Canon’s cheaper DSLRs, you only get a single (SD) card slot. But this shouldn’t pose much of a problem unless you plan to use your new camera professionally, where keeping a backup of all your images is essential from the get-go.

One nice feature on the T7i vs T6i is its enhanced connectivity: you get Wi-Fi and NFC, plus Bluetooth, which makes it easier than ever to share images with your other devices, your friends, and your family (without even taking your camera out of the bag!).

The T6i offers nice sharing options, too, packing Wi-Fi and NFC, but no Bluetooth.

While both of these cameras could certainly use an upgrade in terms of durability, neither really outperforms the other, and you’d be hard-pressed to find much improvement among competitors.

Overall, both offer excellent usability, ergonomics, and shooting all around, but the T7i has a slight edge thanks to added Bluetooth technology.

Canon’s autofocus systems just keep getting better and better, and while the T7i and the T6i are hardly new, they still both reap the benefits of upgraded AF technology.

The T6i is the older of the two camera models, which means that its 19-point AF system is hardly groundbreaking. But the points are all cross-type, which makes for generally fast autofocus in both good light and low light. 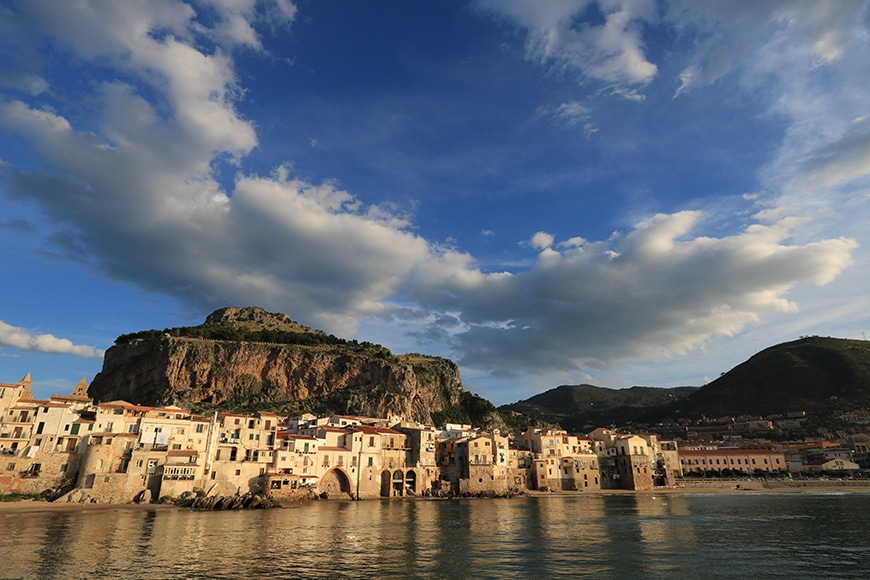 Plus, while tracking isn’t stellar, it’s far from bad, and will allow you to track slower-moving objects in less complex situations with ease.

As for Live View autofocus:

The T6i packs Canon’s older Hybrid AF system, which is better than what some DSLRs offer but not especially impressive. This is a blow for shooters who want to use the T6i for action videos, because it’s just going to struggle (though it’ll outperform any models using Canon’s outdated contrast-detection system, like the Rebel T6).

The Canon EOS Rebel T7i, on the other hand, improves upon the T6i’s autofocus system in pretty much every way. Instead of the 19-point AF-point spread, you get a respectable 49 points, all cross-type.

And did I mention Canon’s famous Dual Pixel autofocus, which is implemented in the T7i and allows for much quicker focusing when shooting video or stills in Live View?

While the T6i is okay for photographers who work with faster-paced subjects, I’d really recommend going for the T7i, which is going to give you a superior focusing experience on all fronts.

Once again, if you look at the Canon T7i vs Canon T6i, the former shows itself to be the much better option for photographers who work with moving subjects.

While the T7i’s 6 frames-per-second continuous shooting speed is far from class-leading, it’s enough to give you a decent shot at getting good sports images, wildlife images, and more.

This is compared to 5 frames-per-second shooting on the Canon T6i. The difference may not look like much, but 5 fps is really the edge of what I’d recommend for any sort of action shooting – and 1 fps can be the difference between a failed outing and a successful one.

The T7i also offers a superior buffer. You can shoot up to 24 RAW images or 148 JPEGs without slowing down, compared to just 8 RAWs or 948 JPEGs on the T6i.

If you’re shooting in RAW (and I recommend that you do), the 24 frames offered by the newer model is a big deal; that means you can fire the shutter non-stop for four seconds, which is a pretty decent amount of time for anyone working with action.

Whereas the 8 RAW photos on the Canon T6i will run out before you’ve hit the 2-second mark.

Of course, there is the discrepancy between JPEG buffers, but the T7i can fire of JPEGs at around 5 fps even once its buffer is full, firmly positioning it as the better choice for action shooters of all stripes. 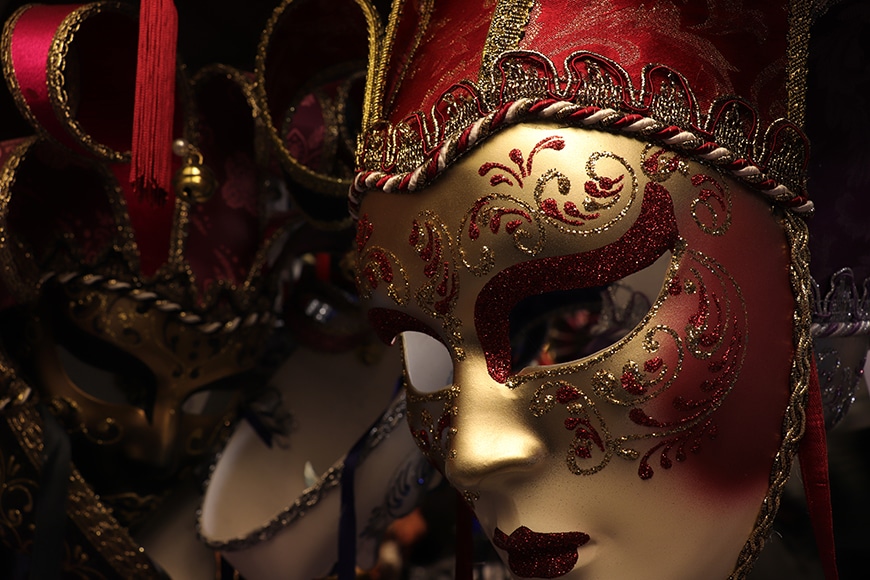 When it comes to image quality, the Canon T7i and the Canon T6i look identical on the surface: 24 megapixels, APS-C sensor.

But the truth is that the T7i packs a brand new sensor which makes for image improvements all around.

First is the high-ISO performance, which is at least slightly improved on the T7i.

Honestly, looking at files side-by-side I can’t see a huge difference between those of the Canon T6i vs T7i, but it’s there, and it matters – especially for anyone who frequently shoots in low light, such as indoors or at night.

While I certainly wouldn’t recommend taking either camera to its limits, a greater ISO range does generally correlate with improvements in high ISO noise.

The T7i also offers a slightly wider dynamic range than the T6i, which is going to be helpful when shooting high-contrast scenes (e.g., sunsets).

And while neither body is really a landscape camera, the enhanced dynamic range is a nice bonus for anyone who works with bright skies.

To put it bluntly, the Canon EOS Rebel T6i’s battery life is pretty mediocre, especially for a DSLR.

You get 440 shots before charge runs out, which is hardly enough for a long photoshoot, let alone a day trip. I recommend you grab at least one extra battery – or several, if you plan to use the T6i non-stop with no charging.

Fortunately, the Canon T7i does improve on its predecessor, offering 600 shots compared to the 440 shots on the Canon T6i.

Is it the best battery life out there?

But 600 shots should get you through a full photoshoot, and will save you money when it comes to buying extra batteries.

Video is one area where the Canon T6i feels thoroughly outdated. You can shoot in full HD at 30 fps, which just isn’t enough for most videographers and vloggers, especially those who are looking to future-proof their work.

The Canon T6i does offer a microphone port, which is important for videographers looking to record external audio, and the fully-articulating touchscreen is nice, but it just can’t compete with more recent offerings.

Then we have the Canon Rebel T7i.

It’s not exactly a prime video camera, but you do get full HD at 60 frames per second, plus a microphone port, the fully-articulating touchscreen, and excellent Live View autofocus.

You also get in-built image stabilization, which should help you keep your footage steady when using the camera handheld.

So while I’d really recommending going for a different camera option if you’re intent on shooting video, the T7i is the clear winner of the two.

As you should now realize, the Canon T7i matches or outperforms its predecessor in essentially every way.

The real question is this:

Are the T7i’s improved capabilities worth the money?

First, let’s check out the prices of these two cameras. You can pick up the Canon T7i for around US$770 with a kit lens, compared to around US$610 for the Canon T6i (and note that both kit lenses are the same 18-55 IS STM model).

If you already have your sights set on another lens, you can purchase the T7i for around US$700, body only, which puts it within US$90 of the T6i.

In the end, it’s up to you. The T6i may win on being the cheaper camera, but the T7i really does offer a lot over it, including a new sensor (with improved image quality), a new autofocus system, and enhanced video capture. 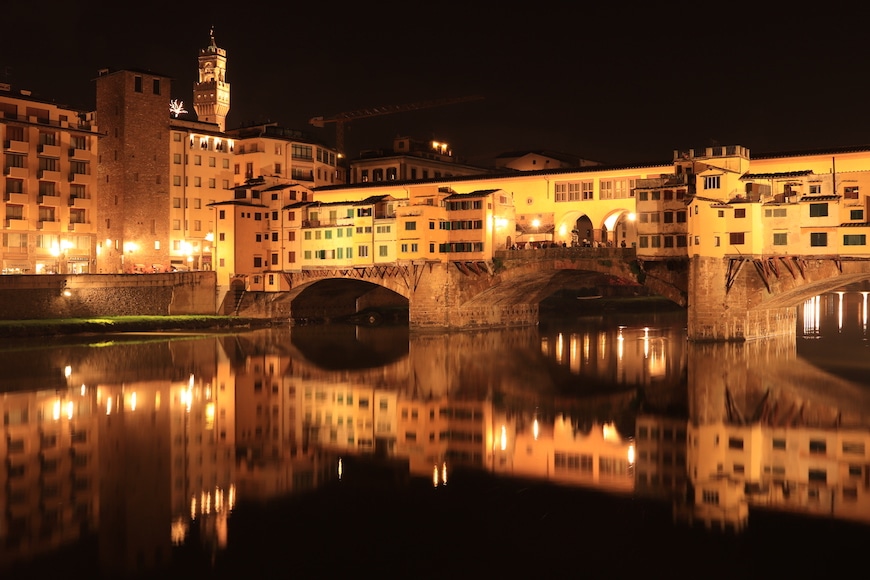 The Canon T7i and the Canon T6i are both capable of excellent images, and for the absolute beginner, either one will do the trick.

But the T7i does include several major upgrades – upgrades that are a big deal to shooters looking to eke out the best possible images (or video).

Given Canon’s addition of a new sensor with improved image quality, a significantly upgraded autofocus system (with Dual Pixel AF, no less!), plus a couple of extra goodies, go with the T7i, unless you’re either on a very strict budget.

It’ll be worth it!

With improved autofocus, longer battery life, superior video and faster drive, the T7i is worth the extra money.