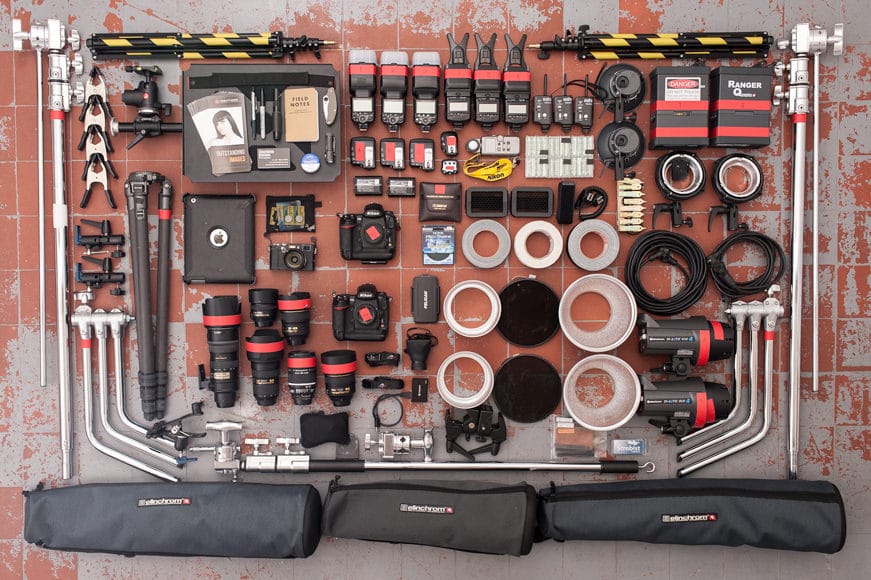 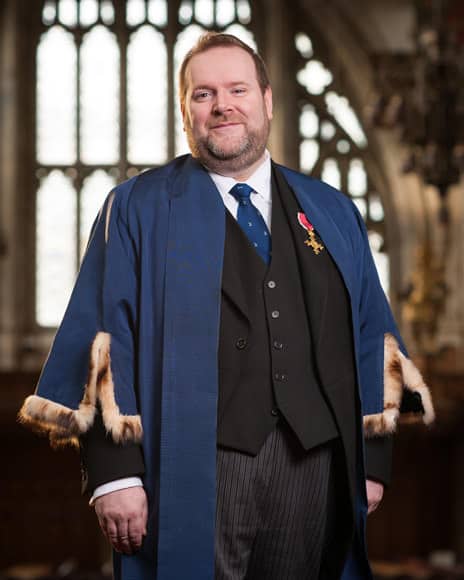 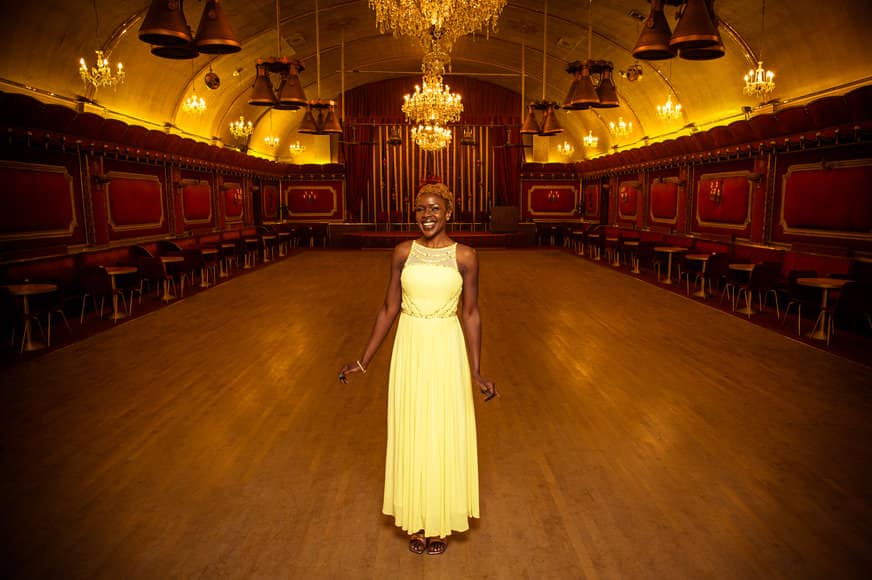 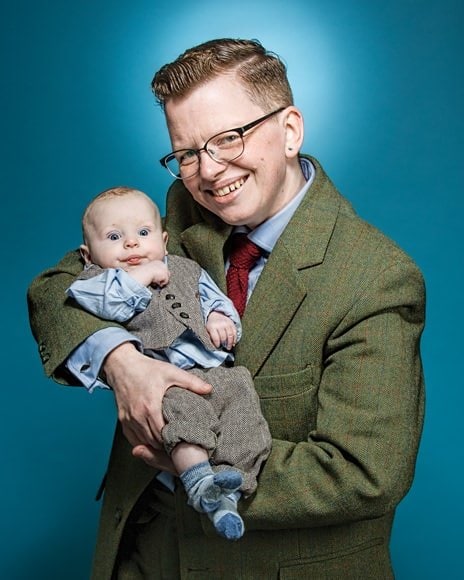 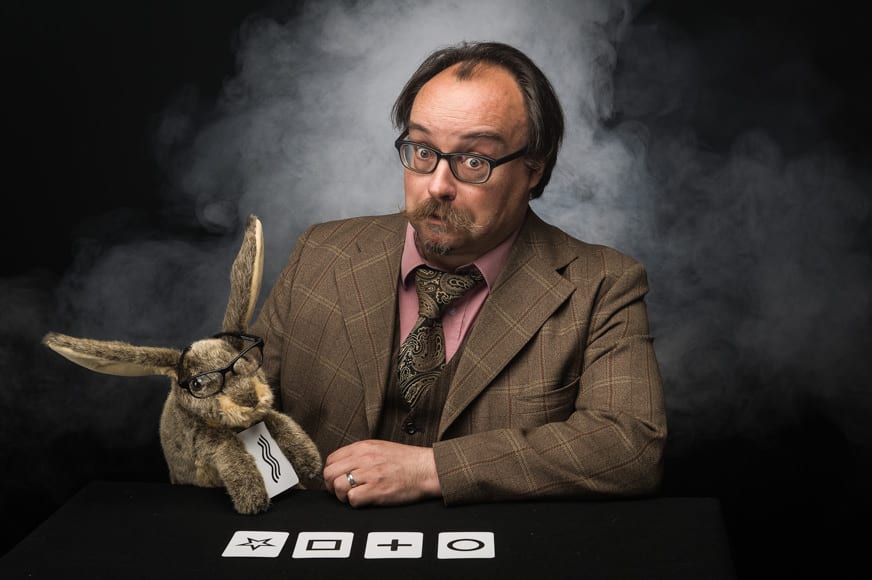 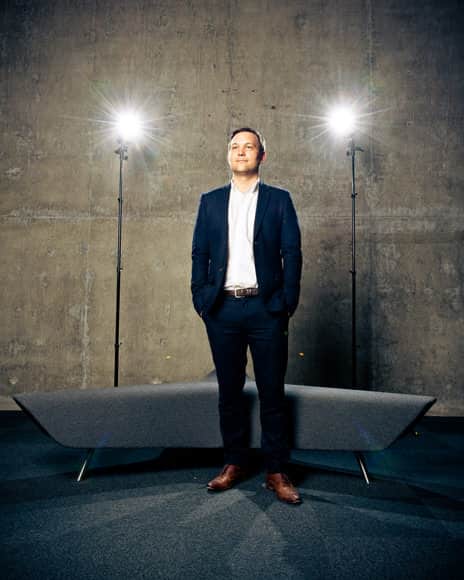 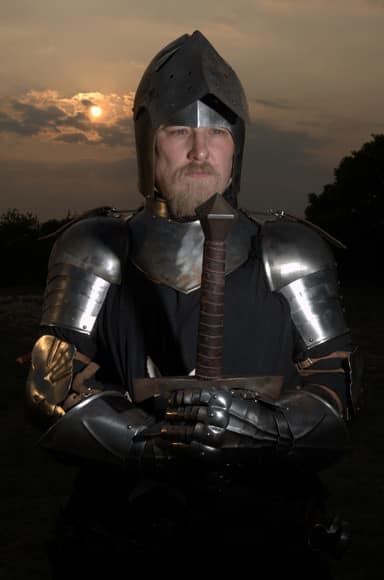 I’m Charlotte Barnes and I’m a commercial and editorial photographer from London. I specialise in location portrait work and my clients range from magazines, PR companies and creative agencies through to shooting directly for engineering firms, charities and recently, political parties.

My bright, relaxed and colourful portraits are often made in an improvised studio on location, and that usually means bringing enough gear to deal with any of the challenges that I might find myself facing.

As a skilled professional, my clients expect me to solve problems and produce pictures that most people couldn’t make, and to do that I need vision, creativity and ingenuity. To make my life a whole load easier, I also need to make sure I’m packing the right kit.

bodies. I’ve been shooting with them for about four years now and they’re the best cameras I’ve ever owned. Fast, simple to use and robust, they can see in the dark and keep making great pictures where most other cameras give up.

They get worked incredibly hard and they’ve both made hundreds of thousands of exposures, but like a heavy goods vehicle, if you look after them and send them off for a service once in a while, they just keep on rolling.

At some stage, I’ll trade them in for a pair of Nikon D4

s but right now, they do about 95% of everything I need them to do. For anything else, I hire.

The other camera I use is a Fuji x100s

which I’ve taped up to make it look a bit less interesting for when I’m travelling or shooting on the street. It’s great for location scouting and behind the scenes stuff, but I can and do use this camera for commercial work.

When I’m shooting outside with strobes, that leaf shutter buys me a lot more bang for my buck in terms of sync speed than my Nikons and the hybrid viewfinder is better than any Leica rangefinder I’ve used.

standard zooms. Typically, I’ll leave one on each body so I don’t have to keep swapping lenses because there’s not much you can’t shoot with this setup.

but I seldom take them all along with me as there’s a lot of overlap going on there.

, but right now I’m only using it in my personal work because it’s a fickle mistress to nail focus with wide open and I’m still learning its foibles.

It doesn’t get used very much now I have high speed sync capabilities, but I have a Singh Ray Vari-ND filter

to let me shoot at wide apertures when it’s bright out.

If I’m shooting outside, the Hoodman HoodLoupe

makes checking my LCD about a million times easier and as a bonus, if I wear it round my neck, I can pretend I’m a Hollywood film director…

Lighting is a big deal for me and for big lights, I rely on a mixture of Elinchrom Quadra

packs and a couple of Elinchrom D-Lite heads

. If I’m lucky enough to be shooting somewhere with power, I can plug my Elinchrom Quadra

s in and turn them into a pair of studio lights that I can shoot all day on.

Better than that, if I want to shoot with continuous lights, the modelling lamps are daylight balanced for those f/1.4 moments. I’ve got a ton of modifiers, brollies, beauty dishes and the like but the ones I use most are the Elinchrom Rotalux softboxes

because they’re easy to put up and take down and they give me a fantastic control over the light. My favourite is the 135cm octabox, which comes to almost every shoot with me.

s, along with a bunch of PocketWizard triggers, grids, cables and batteries.

I don’t carry many gels for the big lights, but I always pack a range of colours for my speedlights because you never know when a little pop of colour is going to get you out of trouble and turn an okay picture into something that really impresses the hell out of people.

I’m pretty fanatical about making sure that my lighting equipment isn’t going to fall over and get damaged or worse still, hurt someone. There are few things less fun than having to make the old “bounce flash” joke to a client when your expensive light hits the ground and all the time you’re wondering what the repair bill’s going to look like.

I’ve bought and used a range of different stands and grip gear over the years but I’ve now settled on a rule of only using C stands and proper roller stands for big lights, large modifiers and anything that has a boom.

It’s a pain carting them around all over the place, but apart from keeping everything pointing the right way up, heavy duty grip gear means I can make those little subtle changes and feather my lights so much more easily.

I still use lighter stands, but only for bare speedlights. Absolutely everything gets weighed down with sandbags, whether I’m inside or out.

I tend to shoot tethered whenever I can. That’s how I made the kit shot – with my Nikon D700

back out of retirement, hoisted up to the ceiling of my studio on another C stand and a Tether Tools

cable coming back down to my MacBook Pro.

tripod. It means that when I’m not shooting with an assistant, I can be my own digital tech and check to see how my files are looking, as well as letting my client or my subjects see how everything is going.

I always carry leaflets for my studio, plenty of business cards pens, a notebook, a small but wickedly bright Zebralight SC52wL2

knife and some Vaseline for my lips.

Finally, there is gaffer tape. Gaffer tape is like The Force – it has a dark side, it has a light side and it holds my universe together. I literally never leave home without it and even if I’m not packing a whole roll, I’ve always got some wound round a Sharpie for holding gels on or doing any number of other jobs on set.

Incidentally, people often ask me what the red gaffer tape is for; I use it to identify my gear. If I’m in a rental studio or in some location where there’s lots of stuff all over the place, I want to differentiate my kit from the client’s or anyone else’s kit and this is the best way to draw my attention to what needs to go back in the bag when it’s time to tear down.

All of this goes into a selection of Think Tank luggage. Like most photographers, I’ve been through a load of different bags, including trying to use hard cases which I found are just too damned heavy unless you’re rocking a van and two assistants.

Think Tank bags aren’t cheap, but they’re a brilliant system and completely bombproof in use. My rollers get bounced in and out of offices and studios week in and week out and they just laugh it off.

I mostly use a Think Tank Airport Accelerator V2.0

backpack for bodies and lenses, a Think Tank Logistics Manager 30

for the Elinchrom Quadra

kit and small flash and a Think Tank Production Manager 40

for the Elinchrom D-Lites

backpack which is just the most awesome bag in the history of all camera backpacks ever. C stands and booms get thrown in the car on their own and have to fend for themselves.

It’s a lot of gear and I don’t always pack this much for every job, but when someone’s relying on me to make a kickass picture no matter what the challenge, this kit helps me solve problems.