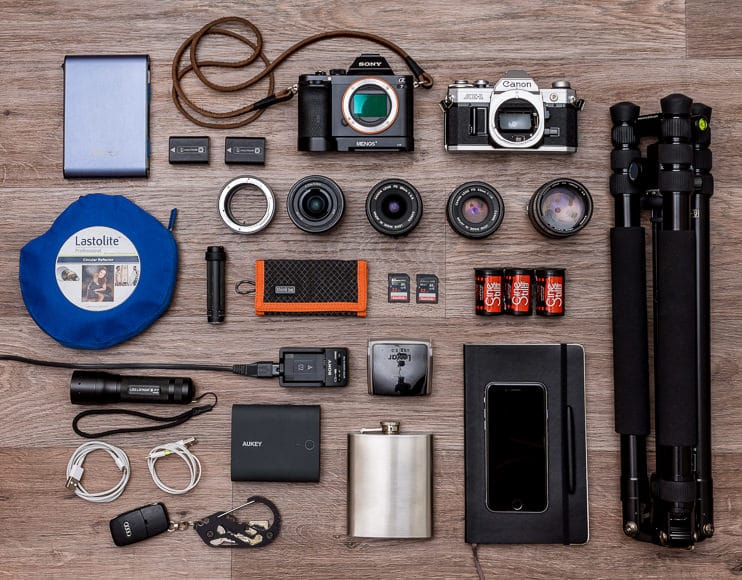 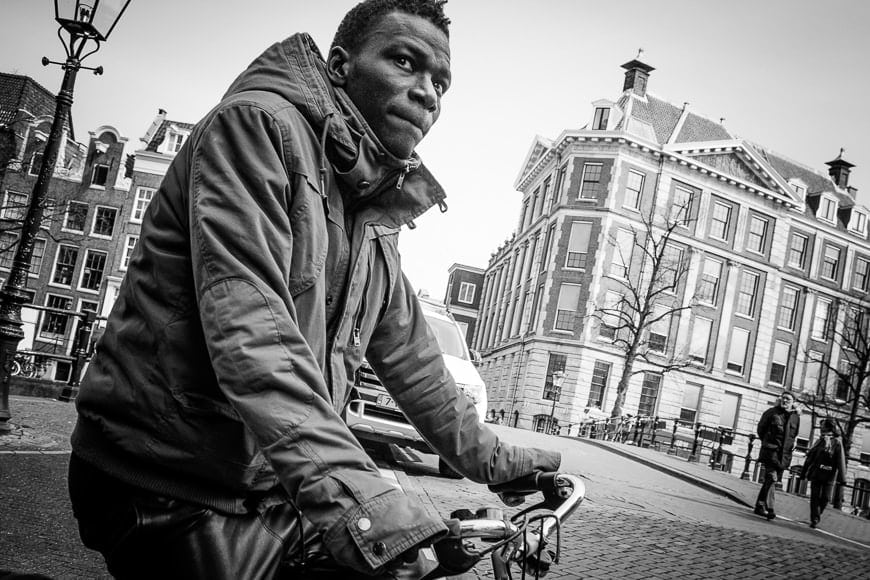 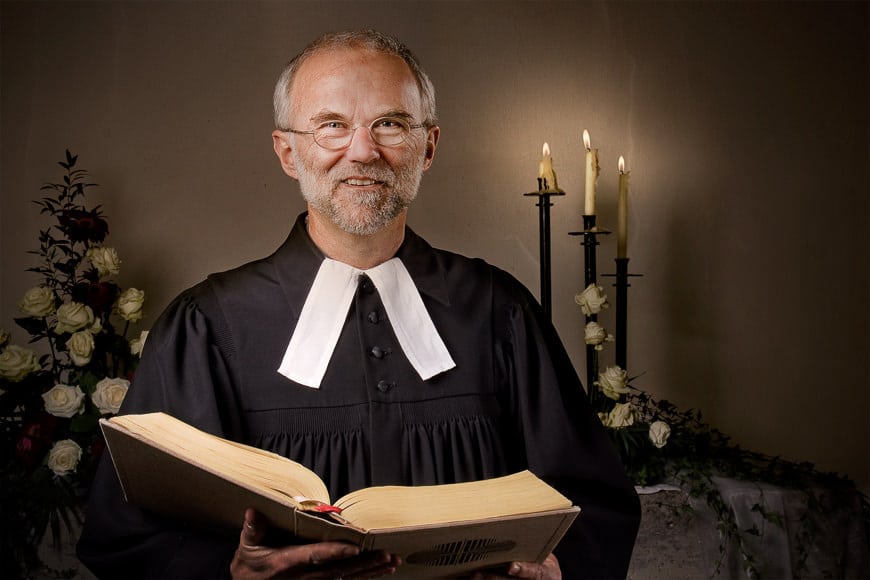 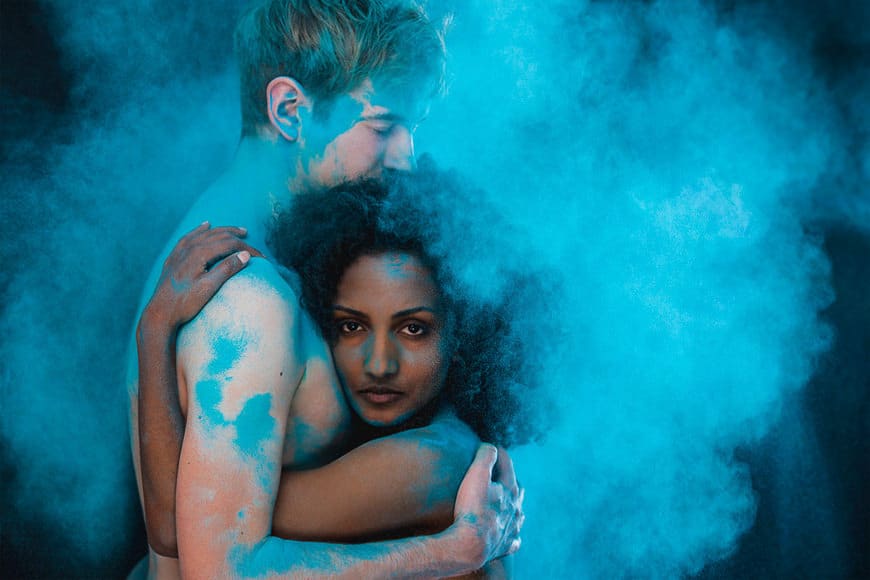 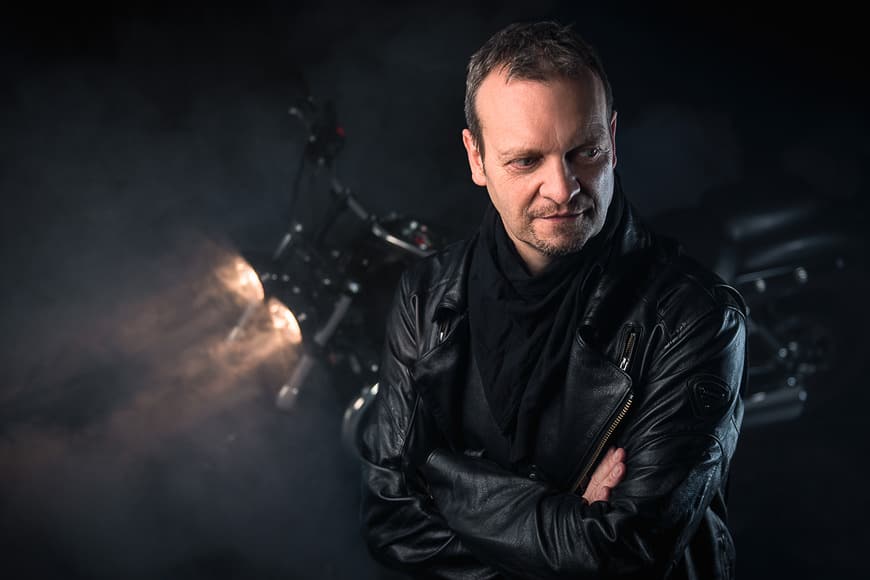 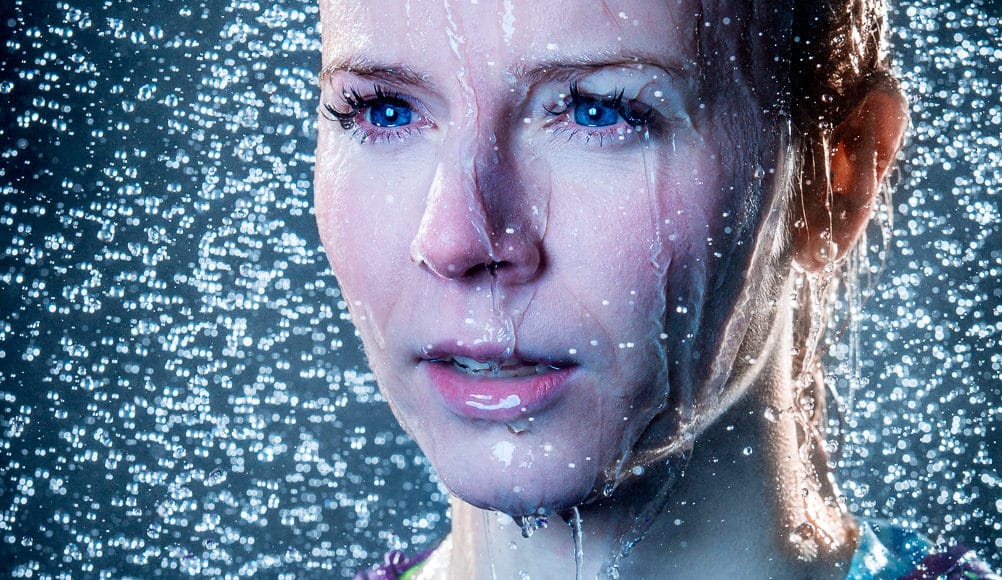 My name is Dominik Woerner. I’m a portrait photographer from southern Germany. I’m shooting as a full-time job for 6 years now. For portrait work in studio we mostly shoot with Nikon DSLRs. For my private, free projects, travel pictures and everyday shooting I mostly use the stuff which is also in my every day carry bag, shown in the picture.

I like to shoot both analog and digital. For digital work I’m using the Sony a7

. When this camera came out I was really exited about having a full frame sensor in a body this small. I was searching a full frame camera, but most of them were really big and clunky (Nikon/Canon) or extremely expensive (Leica).

Using the Sony a7

, I’m able to apply the same Canon FD-lenses I also use on my main analog body, the Canon AE-1

from my grandma a long time ago, what makes it really special for me. To mount the Canon FD-Lenses on the Sony body I use an adapter made by quenoX.

These three prime lenses are sufficient for most of my shooting: the Canon FD 28mm f/2.8

is the perfect lens to shoot documentary style, street and landscape photography.

is really nice for close-up portraits since it’s a relatively fast lens. The only downside: It’s not that easy to focus manually, but with a bit of practice it works just fine.

The Canon FD 50mm f/1.8 is really fast and a good all-rounder for all kinds of work—for example full length portraits or food/still life work.

for the Sony. That’s the focal length I shoot the most of my documentary style images with.

To save images I use fast SanDisk 32GB SD-Cards

, which I store in the ThinkTank Pixel Pocket Rocket-bag

. I had only good experiences with SanDisk and never a card that lost images or something. To transfer images to the computer I’ve got the Lexar SD&CF-Card

reader, which is small, portable and supports USB3.0.

Depending on the amount of data, a backup of the pictures goes either to the extra rugged Corsair Survivor 32GB USB-Drive

or the indestructible Silicon Power Armor A80 1TB hard drive

. I use both memory units for a long time now and they work very reliable.

The 10000 mAh-battery pack from Aukey

charges my Sony a7

on the road, but also my iPhone. That’s a big benefit of the mirrorless cameras: they can be charged over a regular USB-port anywhere you go. I carry an external battery charger for the Sony anyway, because the EVF eats batteries like crazy compared to a DSLR.

The ideas I don’t store on the phone are written in a little notebook. Therefore I’m using the Fisher Spacepen

, which is really small so you can have it in your bag all the time.

is not only really handy to help see when it’s dark outside—it’s also a good light source for nighttime shooting.

. It is really nice to control light during a spontaneous shooting or just for a little Instagram-picture (@dominikwoerner). I use it really often to lighten up the eyes in closeup portraiture.

with the SIRUI TY50X ball-head. It is really sturdy and much cheaper than the comparable Manfrotto-tripod. The ball-head has an ARCAswiss-compatible mounting plate, which you can screw under your camera. You also could—like I did—buy a mounting plate especially made for your camera. It fits nicely under the camera and isn’t disturbing, while using or putting it on a plane surface.