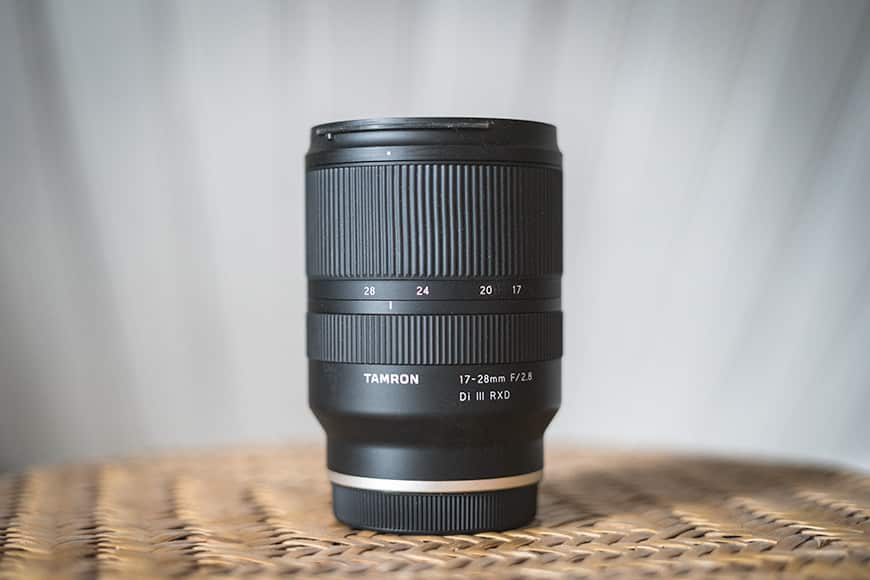 For those of us who want premium image quality without spending a premium amount of money, a compromise usually has to be made somewhere.

In the past, this has meant buying, say, an f/4 lens instead of that f/2.8 lens that you dreamed of.

Instead of inferior rendering or a smaller aperture, Tamron has opted to make a lens that is not the standard wide-angle zoom lengths typically offered by Canon and Sony. 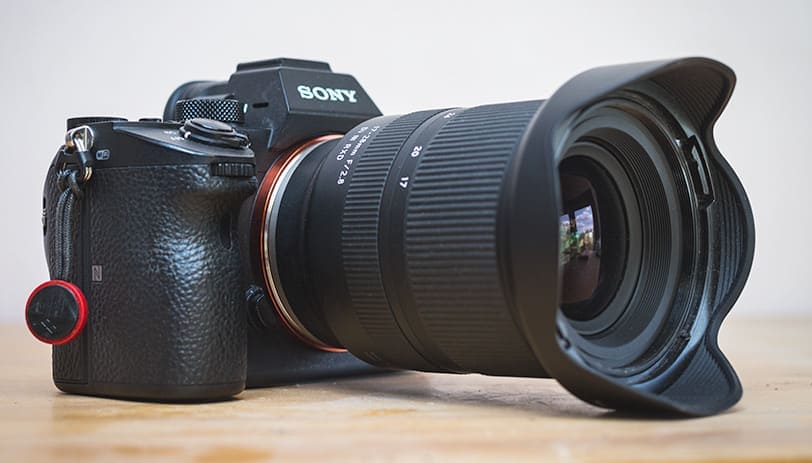 By contrast, the Tamron 17-28mm f/2.8 uses plastic housing which reduces the weight significantly (the Sony 16-35mm f/2.8 GM is 260 g heavier than the Tamron), but this will mean a compromise in ruggedness.

All three lenses are weather-sealed but the Sony lenses will probably stand up better to bumps and bashes.

Although it’s clear from the materials that this lens is cheaper, that’s not to say that this lens feels cheap. There’s no looseness in the rings, and the unit feels compact and precise.

The focus and zoom rings on the Tamron 17-28mm f/2.8 are smooth and pleasant to use but it doesn’t have the premium feel that you get with the dramatically more expensive Sony options.

Along with the weight, the most significant difference here is the size. Sony bodies are small and attaching big heavy glass has always made them feel much less stable than other cameras.

By contrast, the Tamron 17-28mm f/2.8 feels as though it was made specifically with smaller Sony bodies in mind, and the size and weight make it a very pleasing combination when attached to my Sony a7 III.

It’s rare that I get to shoot on my a7 III (coupled with the Meike grip) with one hand, unless I’m using a lightweight prime, but this lens was definitely not a problem. 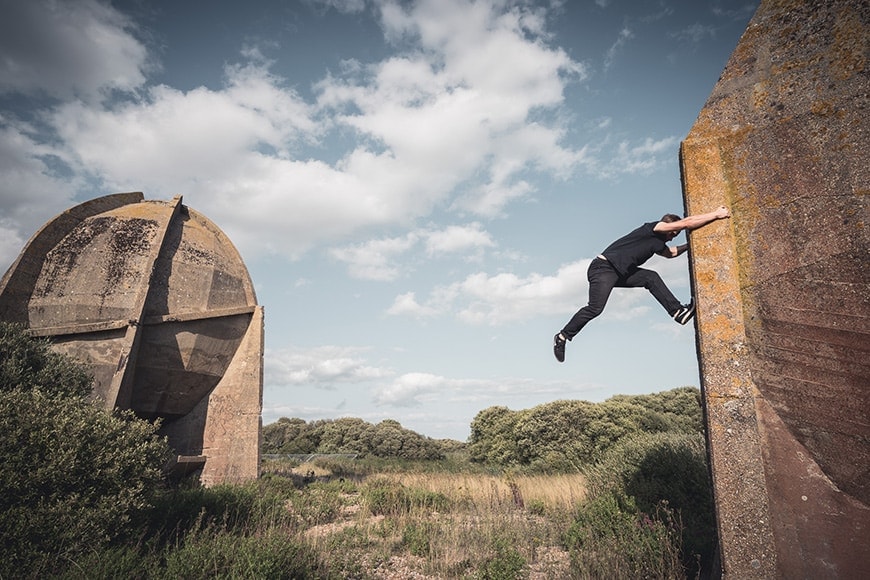 The portability of the Tamron 17-28mm f/2.8 is a big selling point for me. Yes, you’re compromising 7mm of reach and 1mm of width when compared to the 16-35’s, but you will take more photographs as it’s much more likely to get thrown in your bag and go with you on adventures.

If you like smaller lenses and you’re wondering if this lens is worth the compromised focal range, it almost certainly is.

Another pleasing build feature is the 67mm filter thread — notably the same as the Tamron 28-75mm f/2.8 — combined with the fact that the lens does not extend when zooming in or out.

A section of the lens moves when you zoom out but it doesn’t extend past the front of the lens, making it easier to balance on gimbals.

The movement is not completely internal as a result, but any dust that this might risk drawing in can be mitigated by adding a filter to the front. 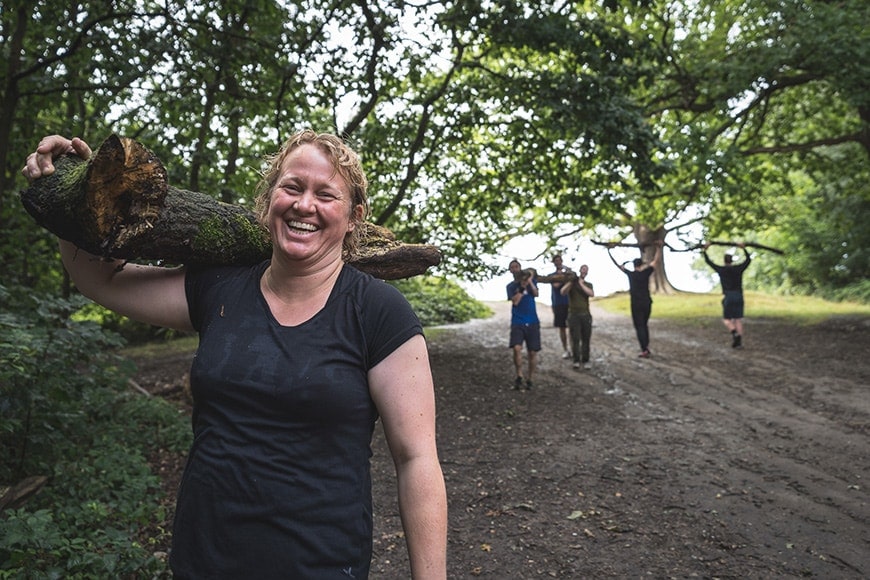 In short, this is a snappy lens and certainly doesn’t feel like third party glass. It rarely had problems in low light and performed very well when capturing strongly backlit subjects.

Sony’s Eye autofocus was responsive across the frame in a variety of conditions. As you might expect, it started to struggle in darker conditions but still felt like it out-performed my nifty fifty, the Sony 50mm f/1.8.

When filming, the Tamron 17-28mm f/2.8 tracked subjects smoothly, had no difficulty adjusting to objects that had suddenly appeared in frame, and had no problem identifying faces. The noise from the motors shifting the elements around is minimal.

One of the most impressive features of this lens is the minimum focusing distances. 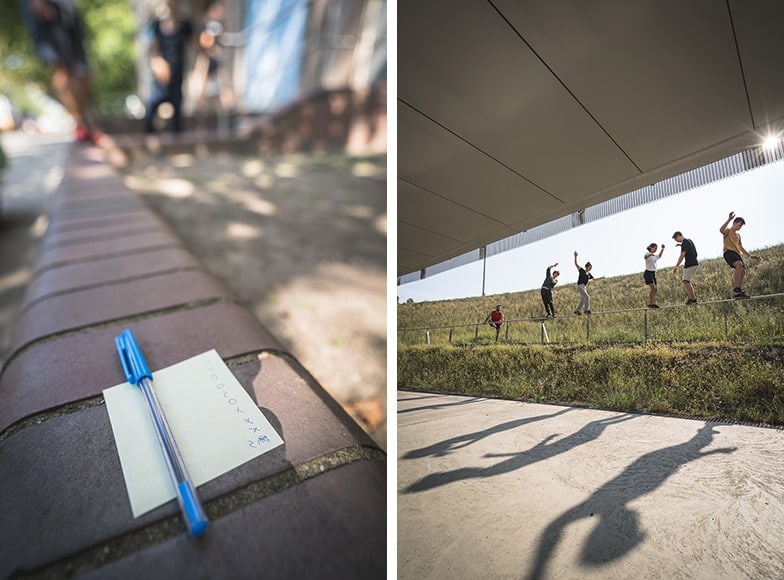 For some, losing that 1mm of width might be more than compensated by the fact that it can focus so close, giving you the opportunity to create lots of differential focus by putting objects very close to the lens. 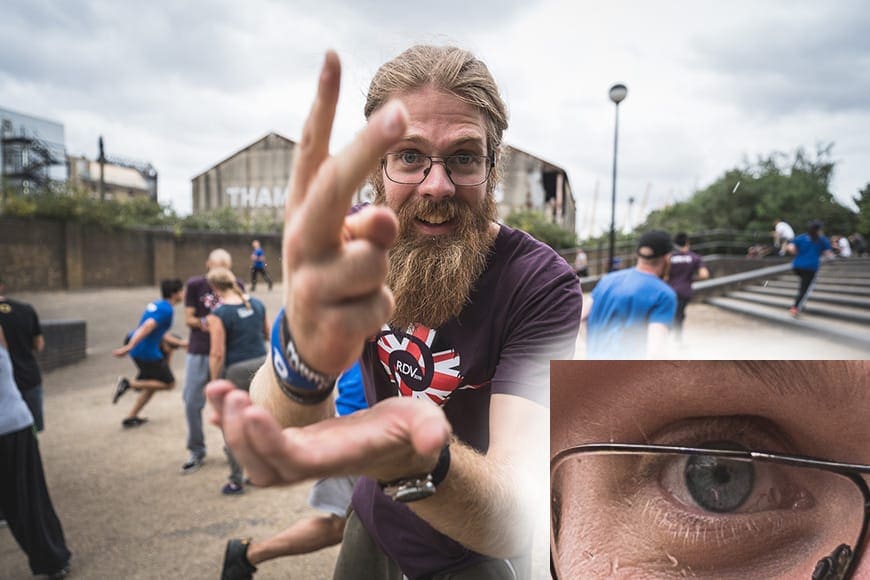 This is a pleasingly sharp lens, especially given its price point. It’s noticeably sharper than my immediate comparison, my old Canon 16-35mm f/2.8 L Mark II that I adapt using a Sigma MC-11.

This is as you’d expect from a lens that’s not 12 years old, and it’s said to compare favourably to the Sony wide-angle zooms, although corner sharpness is marginally compromised at anything wider than f/4.

Barrel distortion is minimal and vignetting is not really a problem, especially when you have the option to correct it easily in post.

It was a struggle to find any evidence of chromatic aberration when shooting through leaves into direct sunlight, and lens flares are almost completely absent.

The more you use the Tamron 17-28mm f/2.8 , the more you realise that Tamron has not taken any shortcuts regarding image quality when trying to keep the price under $1,000. It’s impressive. 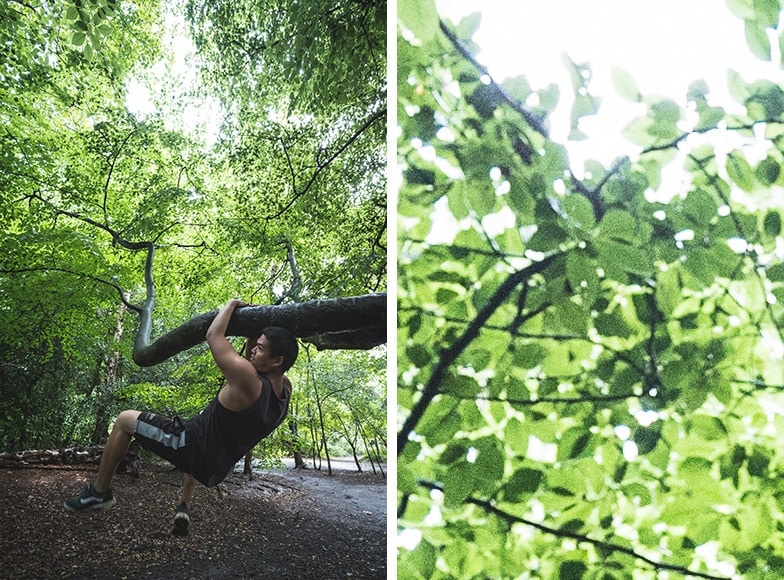 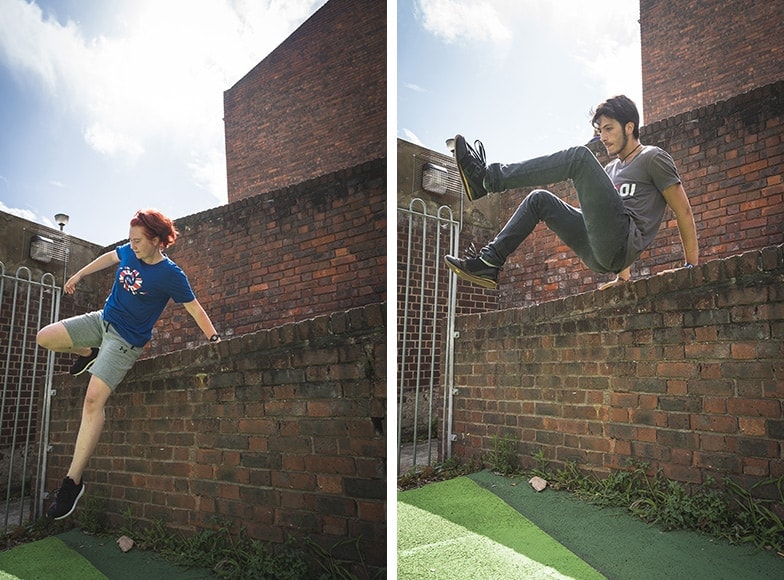 Bokeh is perfectly adequate, though the quality of bokeh balls shouldn’t be of huge importance when it comes to choosing a wide-angle zoom.

Out of focus areas are certainly smooth enough, and the gradation from sharp to out-of-focus feels natural.

Sure, it’s a plastic shell rather than a metal one, and you’re missing 1mm off the widest and 7mm from the longest ends (when comparing to the nearest Sony equivalent zooms), but the image quality is incredible and the autofocus performance is impressive.

My concern was that by losing those 7mm between 28mm and 35mm, I would miss the ability to shoot quick portraits without switching lenses, or find myself frustrated at not being able to get closer.

However, I found that accepting the limitations and working differently (i.e., getting physically closer or being more thoughtful when grabbing those candid portraits), those limitations are massively outweighed by the refreshing size, weight, and cost of this lens.

If you’re incredibly reliant on the 35mm focal length of a wide-angle zoom, or just need something that has as much reach as possible, then this lens may be a frustration and could feel a bit more like a prime than a zoom.

The Tamron 17-28mm f/2.8 offers phenomenal value, as long as the reduced focal range isn’t absolutely critical to your shooting. 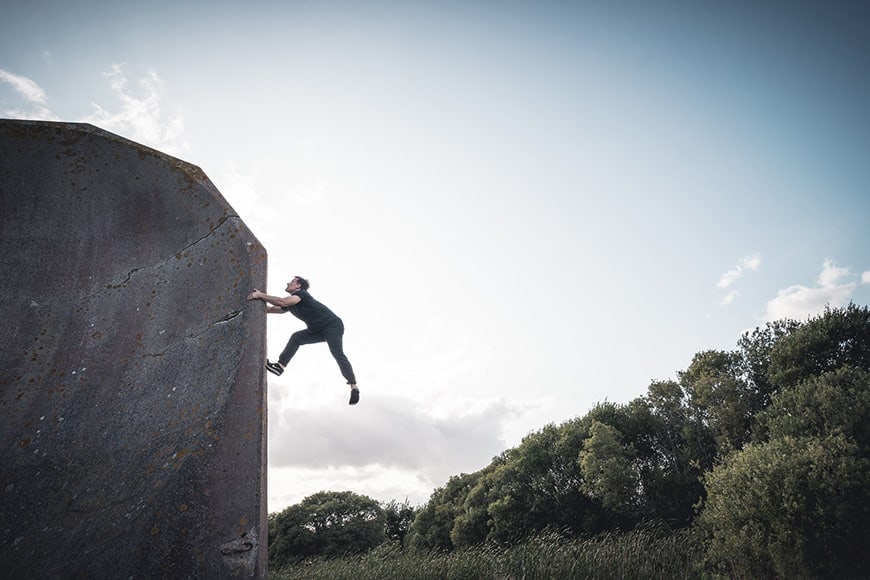 I was fortunate to have been loaned the Tamron 17-28mm f/2.8 for a month, allowing me to shoot three events, as well as take the lens on an adventure to find some obscure concrete structures buried in a very quiet corner of England.

As it turned out, the size, weight and cost of this lens more than compensate for the compromises that Tamron has made in producing this lens.

Video shooters and those who like their stabilisation may have a harder time choosing between this and the Sony 16-35mm f/4 OSS, but being someone who frequently shoots action in poor conditions, the extra stops are crucial.

Something I genuinely appreciate is the reduced size and weight. My wide-angle zoom spends a huge amount of time on the front of my camera and I’m used to be it being heavy and awkward, making me clumsy when trying to get into position to capture the weird action that dominates my work.

By contrast to traditionally cumbersome wide angle zooms, the Tamron 17-28mm f/2.8 is liberating. I can move more freely, shoot from better angles, and feel less encumbered by a heavy lump of glass that’s constantly trying to twist my camera out of my hands.

I often find myself climbing up walls or over fences, and the compactness of this lens is a revelation.

I simply took far more photographs with this lens than I would have done, had I been using my significantly larger wide-angle zoom.

Those with eyes that zoom to 100% might be critical of the tiny amount of softness at the corners but I’d argue that anyone who is fussy about this near-inconsequential factor should not be spending $900 on a lens.

They can sit at home examining corner sharpness while I spend the money I saved on this lens by going on an adventure. 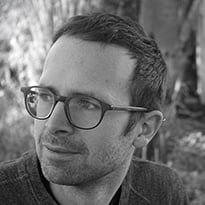