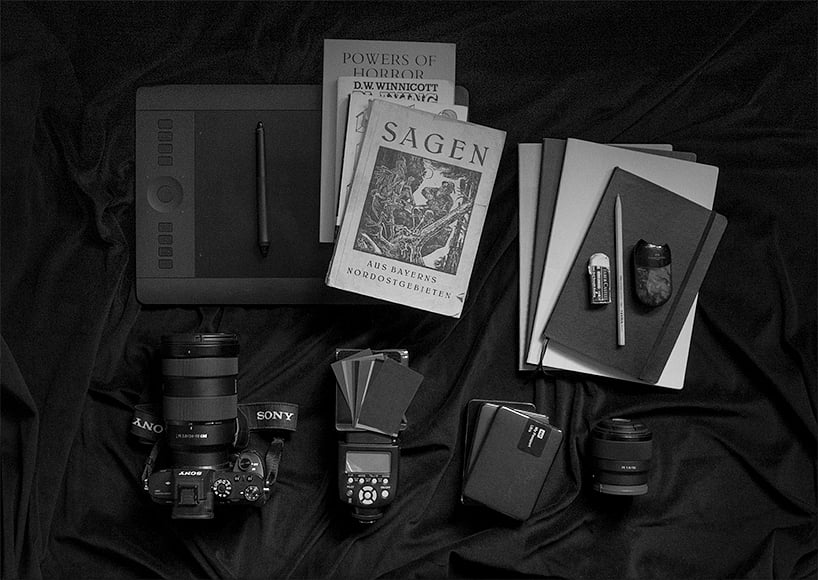 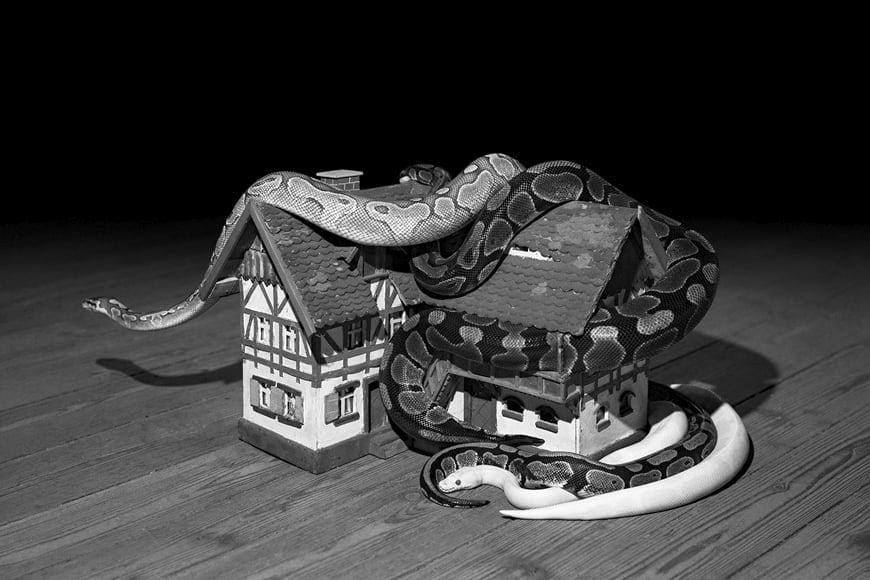 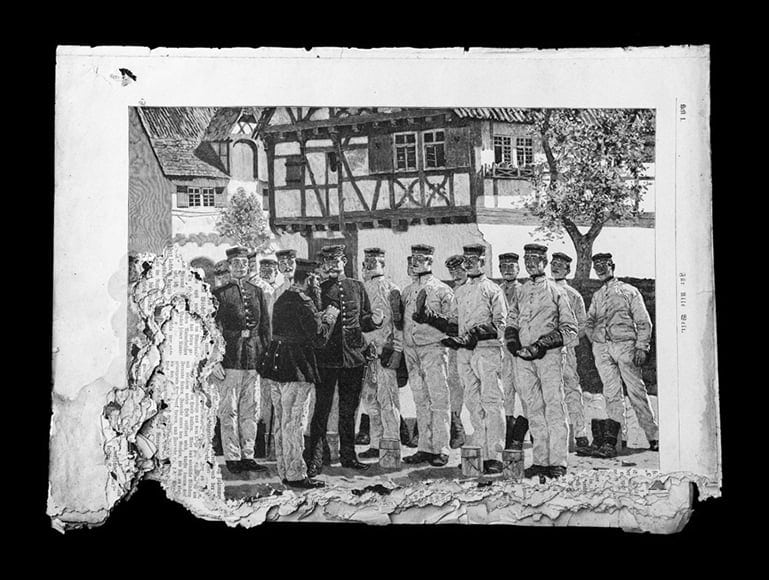 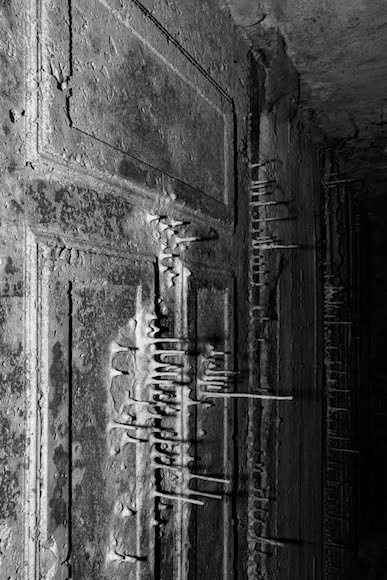 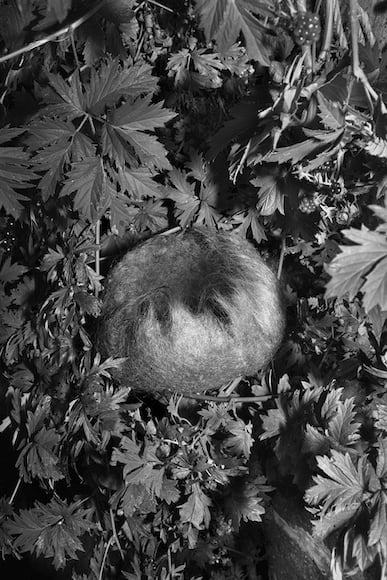 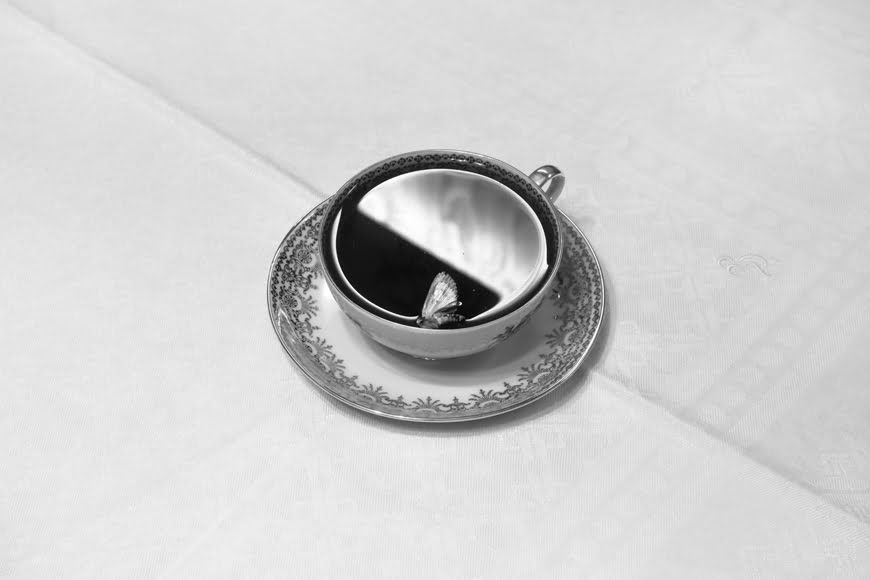 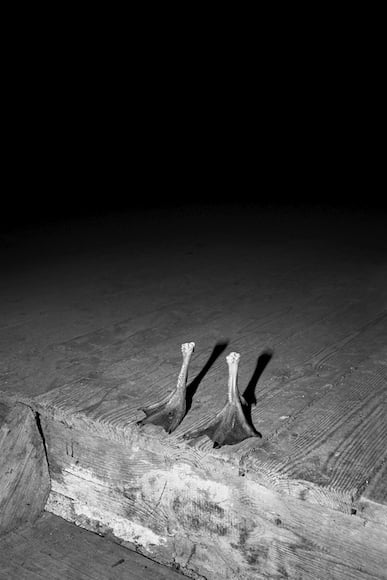 Hello! My name is Elena Helfrecht. I am a visual artist from the South of Germany, currently based in London and Bavaria.

My roots lie in self-portraiture, though I gradually removed myself from the image and am now mainly working with nature, still-life, and temporary spatial interventions.

My approach to photography could be described as associative and symbolic, and I use objects of the real world to represent the immaterial.

I studied for my BA in Art History and Book Science from 2011-2015 at Friedrich-Alexander-University in Erlangen and completed my MA in Photography in late 2019 at the Royal College of Art in London.

While painting and drawing heavily influenced me from early on (mainly Symbolism, Surrealism, and Romanticism), my visual language shifted more towards the photographic during the last three years.

While examining the reappearance of psychological and historical patterns through images in my ongoing project ‘Plexus’, my practice moved more towards black and white as a tool of abstraction, putting a special emphasis on forms and patterns.

My visual research revolves around consciousness and psychology, and I am currently preoccupied with thoughts on inherited trauma and postmemory, the emergence and influences of consciousness, and the passing on of knowledge, with a focus on my home and culture in Bavaria.

In a nutshell, I use the camera as a tool to visualize internal worlds and processes. My work emerges from an autobiographical viewpoint and blends with memories, dreams, and imagination to connect with a greater narrative.

I am working with a Sony A7RII, for which I decided primarily for its small size, lightness, and its capabilities in low light situations. My main lens is a Sony 24-70mm /f2.8 GM, though I also own a Sony 50mm f/1.8, which I rarely use.

I keep my equipment as minimal as possible to be flexible in restrictive and difficult environments. I often stage images on location and in landscapes, preferably at night or in the evenings.

The attic of my grandparents’ house could be considered as a studio for me, and I started using it as such around 2014. Some of my most important tools are probably my notebooks, where I write down research, dreams, and ideas.

I keep one notebook for each body of work, and one for general notes, recommendations, and lectures/talks (Fun fact: Guillermo del Toro signed it).

I don’t carry those with me all the time, but they are a great help in sorting my thoughts. Reading is also essential for my work, so I included a reduced and representative selection of relevant books.

Apart from natural light, I work with portable LED spots, and with a Yongnuo YN560 IV, as well as with a set of 12 small color gels by Tiamu.

My tripod is a Cullmann Magnesit 519 CW25, which is very light and sturdy, but sometimes I just set up my camera on a box, chair, or a tree stump.

I am admittedly not the most careful person, so my tools have to be very resilient. For storage, I use two SanDisk Extreme 32GB SDHC Memory Card, and several hard drives by Western Digital 4TB HardDrive for backing up my files.

I edit and sort my work with Adobe Lightroom, Adobe Photoshop, and Bridge, and use a Wacom Intuos PTH-651 for adjustments. My PC is individually composed of single parts and operates with Windows.

I think especially now it is important to support local businesses and photo dealers, so I would like to mention that I bought my equipment at Foto Brenner in Weiden, where I received the kindest advice and support.