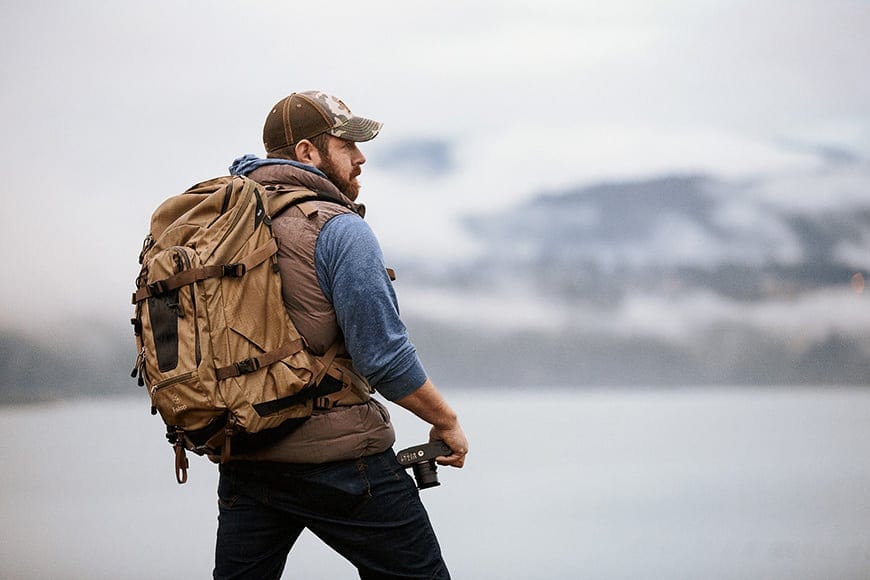 When asked if I would be interested in writing this F-Stop Tilopa Review about a rugged, hardcore mountain series camera backpack, I initially thought of turning the opportunity down.

I live in New Jersey, a couple hours from the nearest mountain, and although I do like to get out in the woods for day hikes, I’m primarily a wedding photographer.

I could tell from just the look of the bag that it was made more for the extreme sports photographer that has goals of climbing Everest or photographing the ice caves in Iceland. 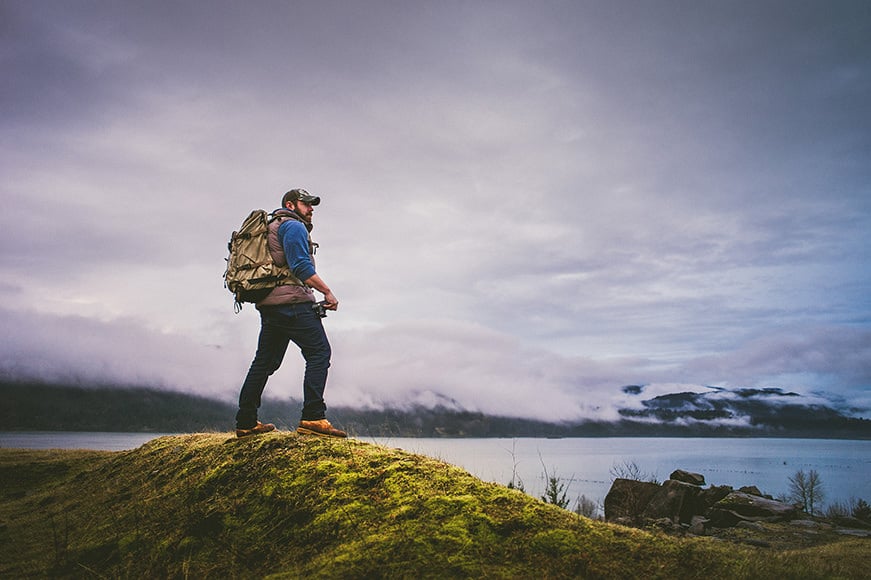 Whether it was the little kid in me that thought trying this bag would get me to be get out and do something more adventurous that would require a hardcore rugged backpack like the F-Stop Tilopa, or just that it looked like a cool ass bag to test out, I said yes.

Now almost 6 months later, it has become my all time favorite travel bag I’ve ever owned. While writing bag reviews are the most difficult reviews to write, here is why I love this bag so much even though I have no desire to climb Everest. If I did, this bag would most likely be coming with me.

(Spoiler: The Tilopa made it to this best camera backpack roundup!) 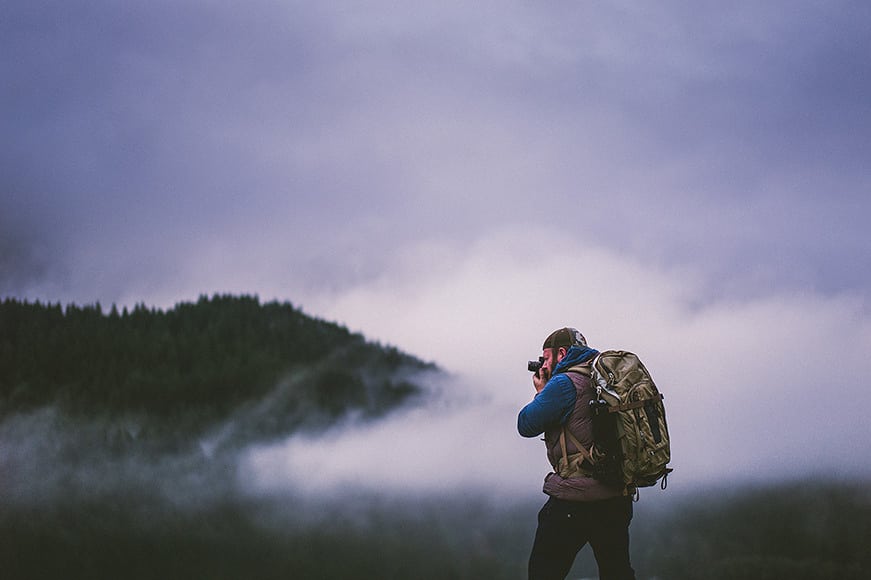 What is the F-Stop Tilopa?

The new F-Stop Tilopa is part of the F-Stop Mountain series, described as the most rugged of the bunch. As per F-Stop, it’s suitable for even the most hardcore of outdoor professionals.

This description alone made me question whether it would be a good bag for my travels and adventures, but it’s also the perfect bag for even the more leisurely trips that aren’t as hardcore.

F-Stop Gear is known for their large line of outdoor packs and bags that are built for comfort and durability. The Tilopa lives up to both of those, being an extremely comfortable bag for both hiking, exploring, and getting into the thick of things while not having to worry about the gear or clothes in your bag.

The F-Stop Tilopa is not only a bag that is made with the hardcore outdoorsman in mind, it’s also made to be an all-around great travel bag. 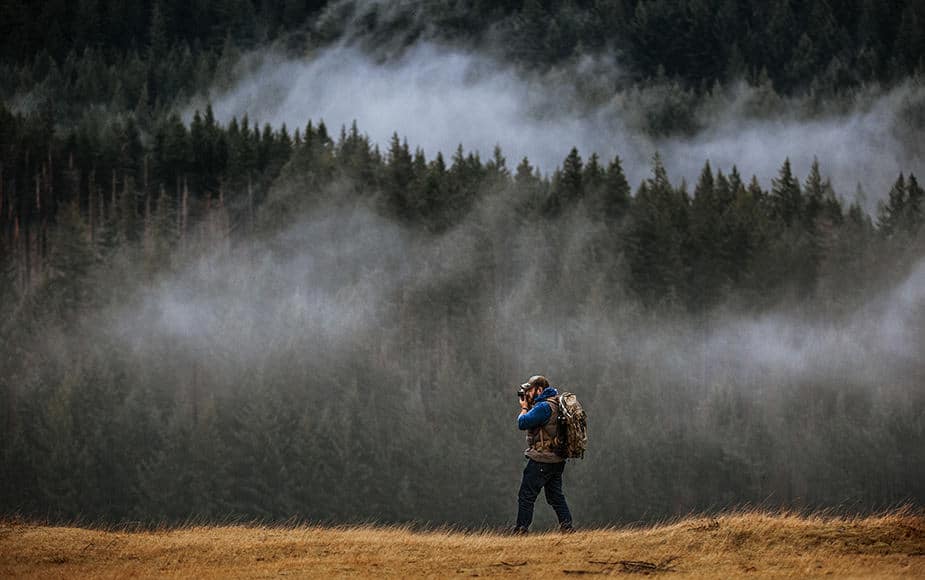 It has all the features for making it perfect for the extreme traveling photographer, such as being made of out of water resistant oxford-weave ripstop nylon, all the straps and clips for carrying everything from heavy tripods to snow shoes, and a sturdy H-frame.

It also has several adjustment points for added comfort, multiple access points for loading and unloading, and just the right amount of pockets for storage without being overwhelmed and having to forget where you put things. 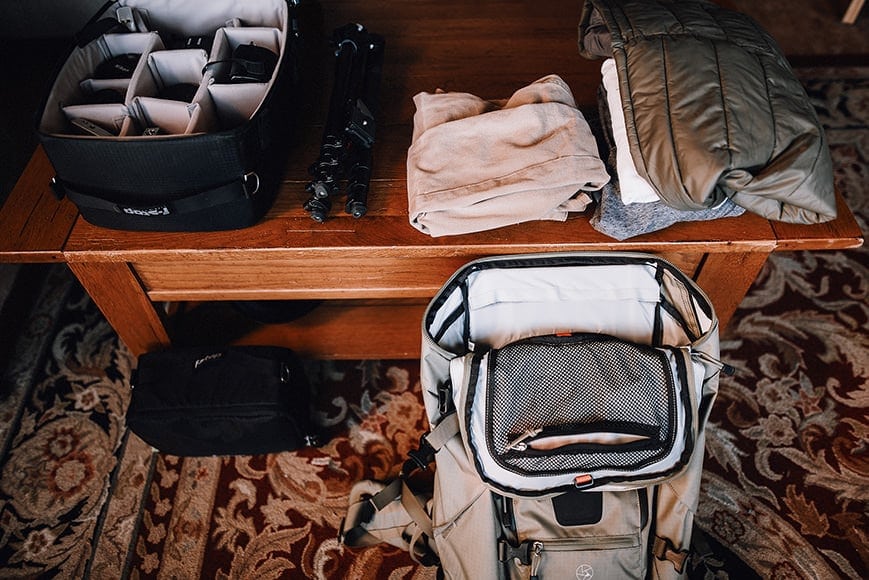 What makes the F-Stop Tilopa special?

I took the Tilopa on 3 trips with me, each of which consisted of flying and lugging it around multiple airports, as well as using it to carry all my camera gear and clothing for each trip.

I used it to pack enough clothes for the trip as well as most of the camera gear I would need, anything that wouldn’t fit, I put in my 2nd carry on. I have two ICU’s (Internal Camera Units), the small one and the large one. 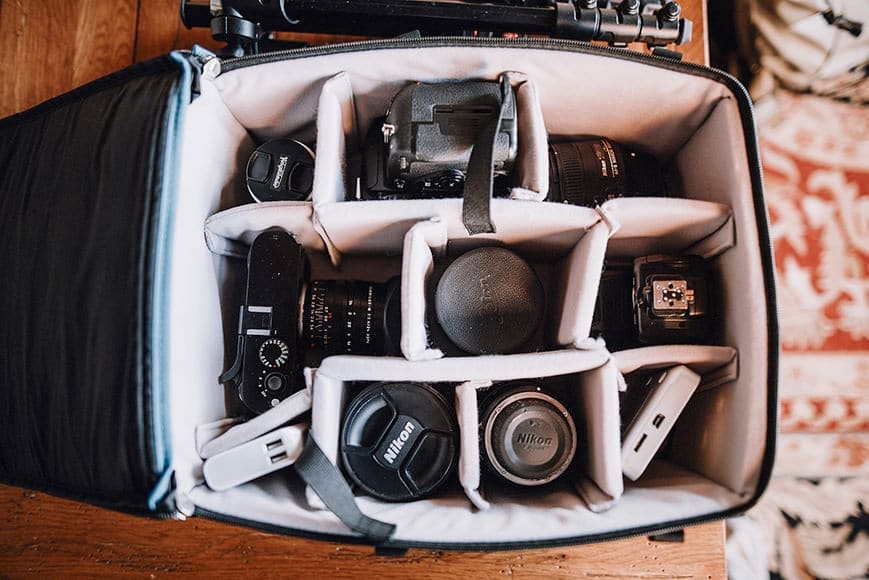 I used the small one for 2 of the 3 trips, and the large one for a trip that I took to shoot a wedding in Tennessee. I needed to pack a little more camera gear for the wedding, and the large ICU was perfect.

All 3 trips, it did the job. I was able to pack enough clothes, camera gear, and a tripod, and store it in the overhead compartment.

Now, for all of you that have traveled with your gear know, some flights snag you and make you check a bag if the flight is packed. This can be frightening for anyone that has their gear in a bag that the airline wants to toss down a bag shoot and into the mix of bags that may or may not be there when you land. 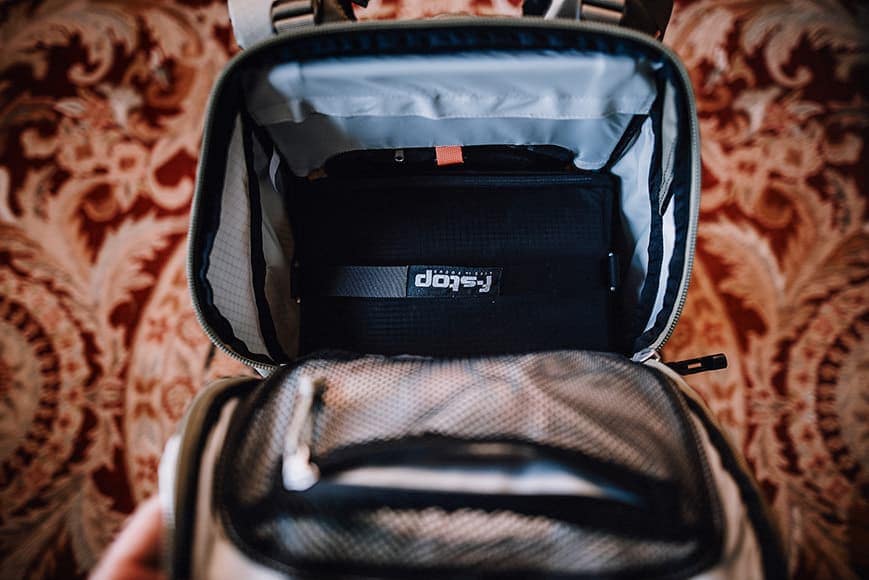 I had this happen on two of my 3 trips, no lie. The first time, I had a connecting flight where I had to fly on a smaller plane where the F-Stop Tilopa wouldn’t fit in the overhead compartment.

The 2nd trip, it was over packed and they were making a lot of the passengers check their larger bags. The Tilopa allowed me to rest easy, as I was able to simply remove the ICU with my camera gear, and my tripod, and send my bag of clothes off with the other checked bags.

Both times my bag was there at the baggage claim with no issues. Had there been an issue, I would have been out some clothes, but my camera gear was safe with me the entire time. 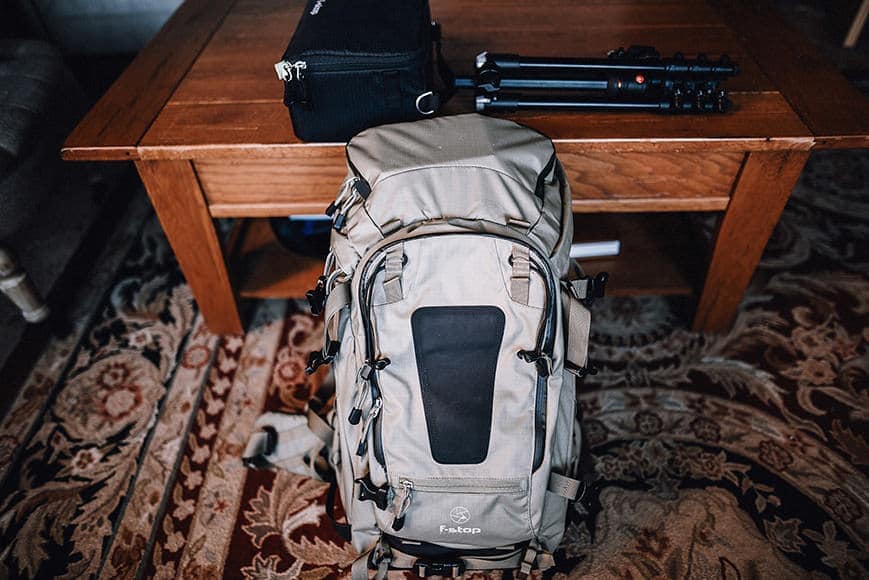 Why I love the F-Stop Tilopa

I love this bag for a lot of reasons, but mainly because of its versatility. I used it for traveling, hiking, and exploring. It got beat up pretty good over the course of those 3 trips.

It got rained on and while the rest of my body got soaked, everything inside was kept nice and dry. It does an excellent job of carrying a good amount of camera gear, clothes, and any other accessories I may want to bring along like a tripod. 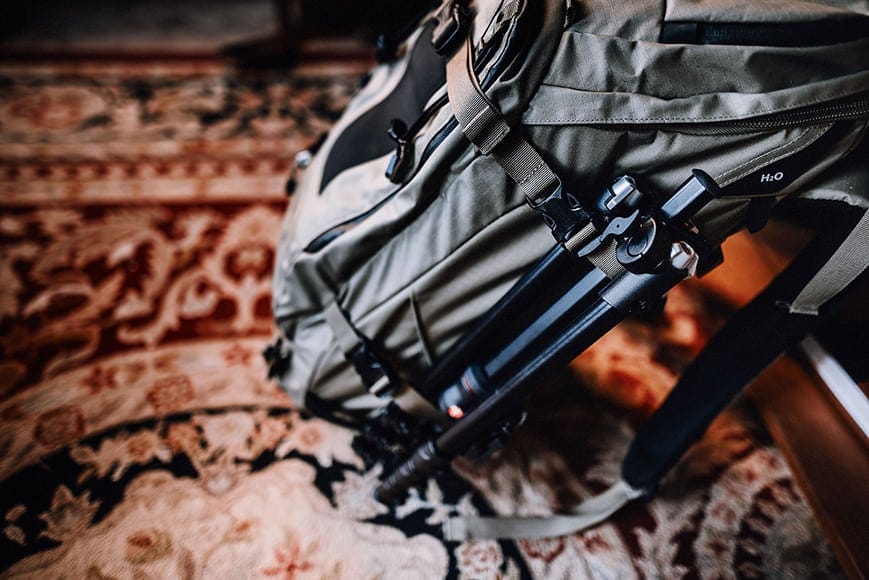 The F-Stop Tilopa is comfortable enough to pack it full and hike around with it for an all day hike up and down the mountains of Oregon. It’s comfortable enough to want to use it for all my traveling that includes flying, as it was much easier wearing my suitcase on my back then dragging it around the airport.

I absolutely love that I can access the ICU from the back and the top, making it so I don’t have to remove all my clothes to get to it when traveling. 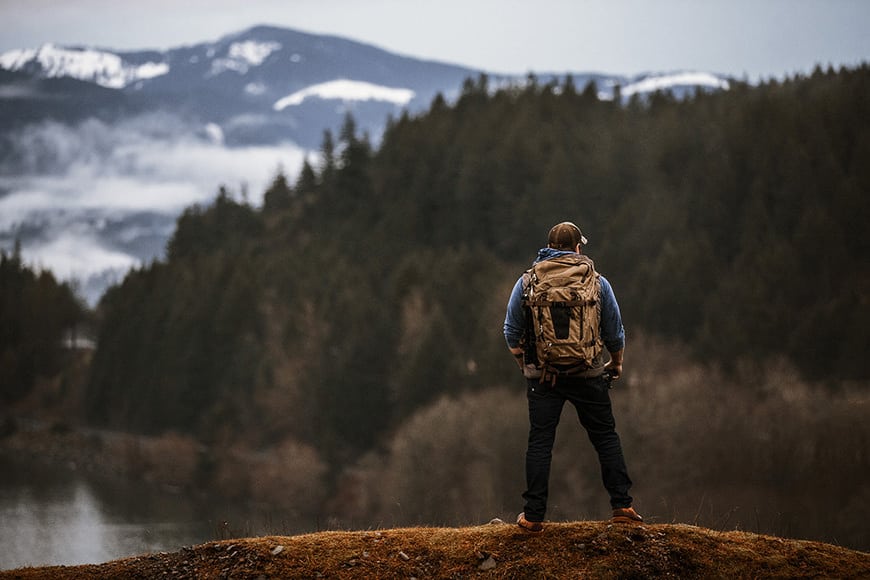 The ICU’s are the housing units that F-Stop uses to hold your camera gear. They are the actual removable packs that protect your gear, and make your bag customizable so that you can pack it anyway you like. 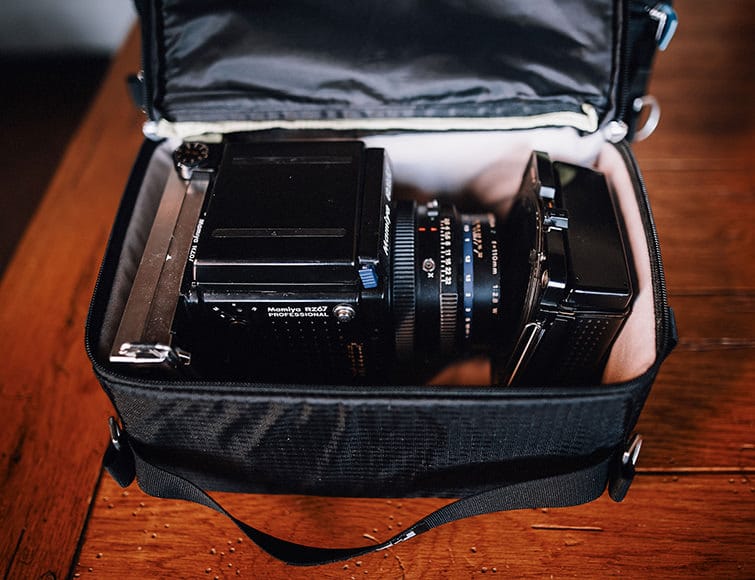 F-Stop designs their bags for the photographer, but you can use their bags in many different ways using the ICU’s. If I need to travel and pack a lot of clothes on a trip and only one camera body with a few lenses, I can use one of the smaller ICU’s.

If I need to pack a good amount of camera gear, and not as much clothes, I can use the larger ICU. If I want to go on a day hike and or travel overseas to go trekking through the wilderness, the new F-Stop Tilopa is what I now will be bringing. 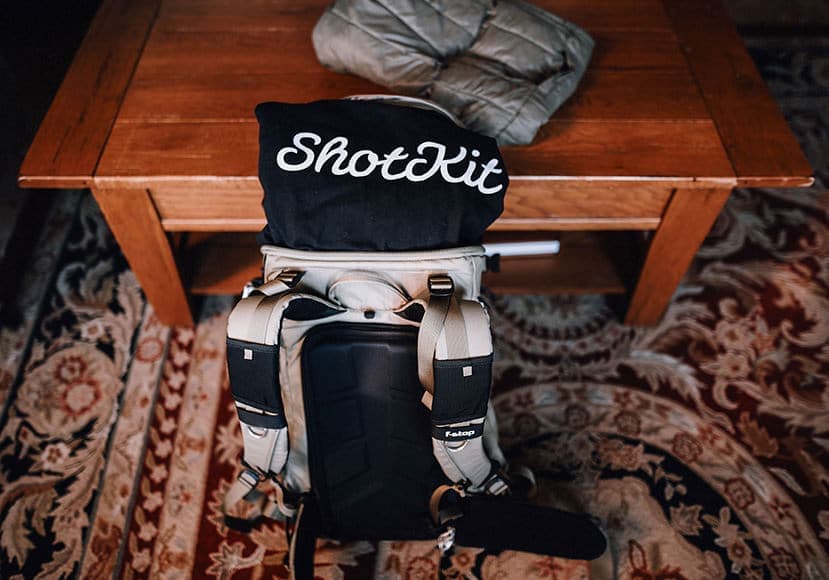 The bag itself, without the ICU’s, is $259. Pretty reasonable price with both ICU’s compared to other bags of the same quality and size. 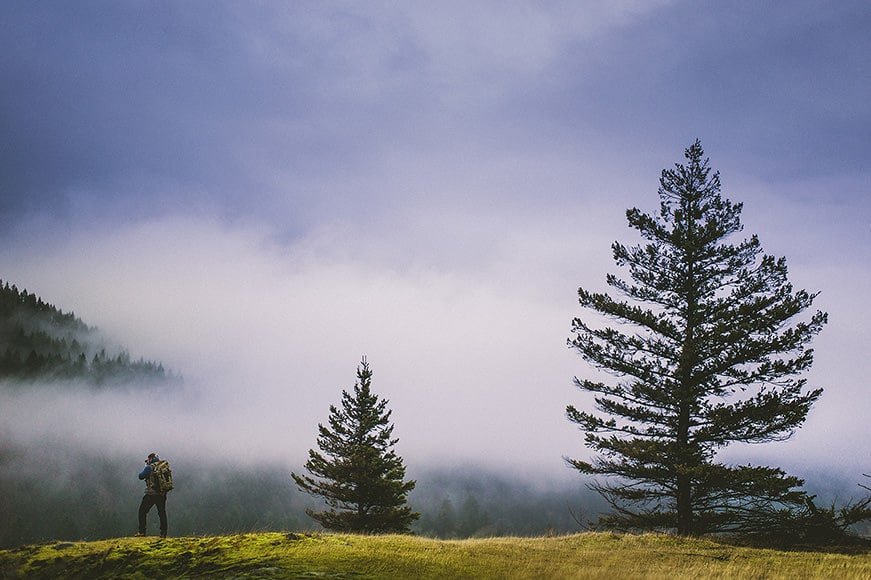 If you’re a photographer that likes to go hiking with their gear, camping, or any form of traveling, you should really take a look at this F-Stop Tilopa backpack.

Like I mentioned at the beginning, I honestly didn’t see a bag like this being something I would want to use, let alone need.

Well, with 2016 being a year where I will be traveling more than I ever have, I need the F-Stop Tilopa. I honestly had planned on giving the Tilopa a fair review and then shipping it back since I didn’t think I would get much use out of it. Well, I was wrong, very wrong.

After using it for a few months as my main travel bag, I am extremely thankful that F-Stop asked Shotkit to review the Tilopa and let me keep it.

If I had to send it back, I would be buying one, no doubt about it. It’s a hardcore camera bag that can take a beating while keeping your gear safe, that also doubles as a very comfortable and convenient bag to use for traveling.

If you have been looking for a backpack bag like this for your gear, do yourself a favor and look into buying an F-Stop Tilopa. 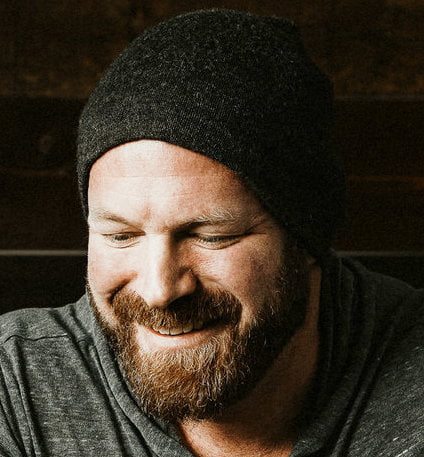 Jay Cassario is an award winning Wedding Photographer based in New Jersey and owner of Twisted Oak Studios.