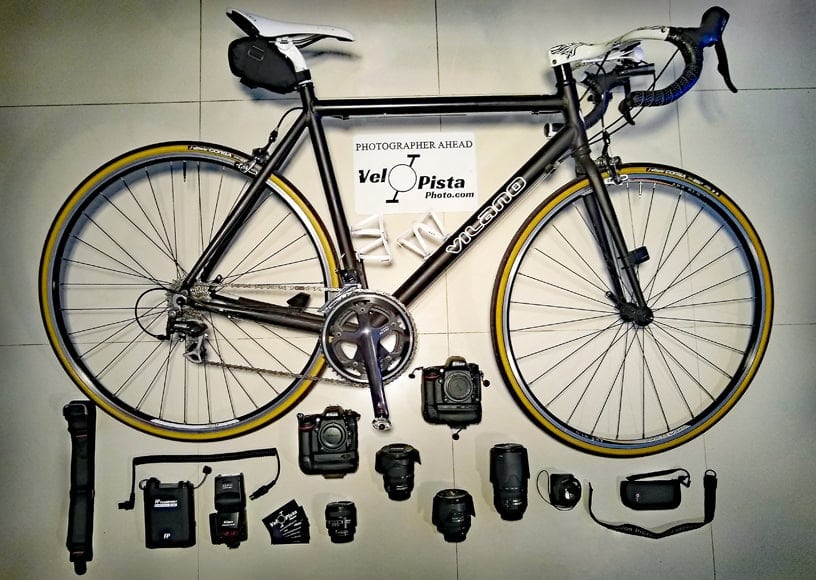 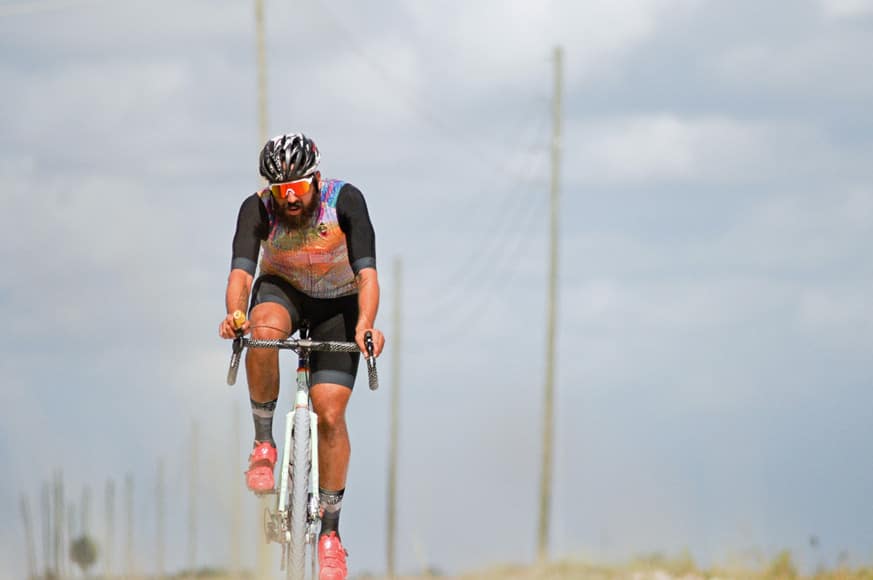 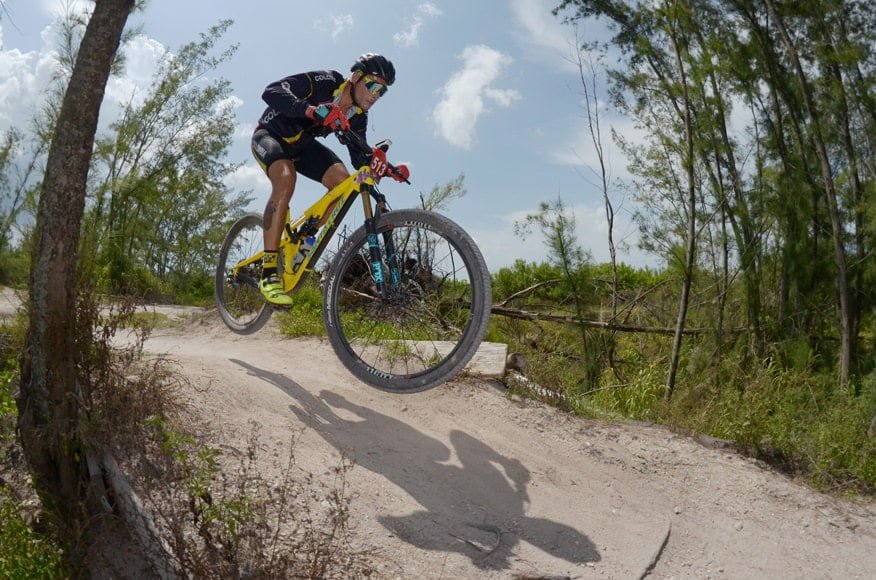 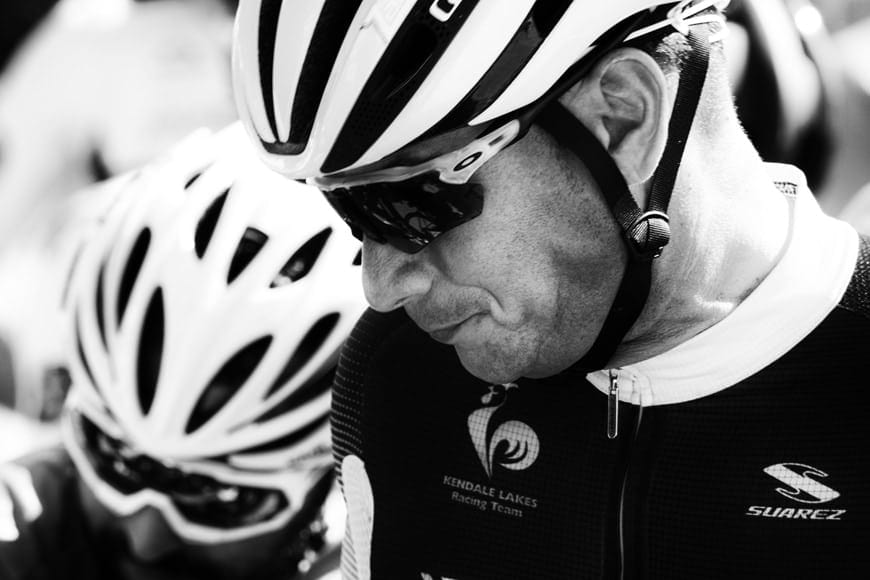 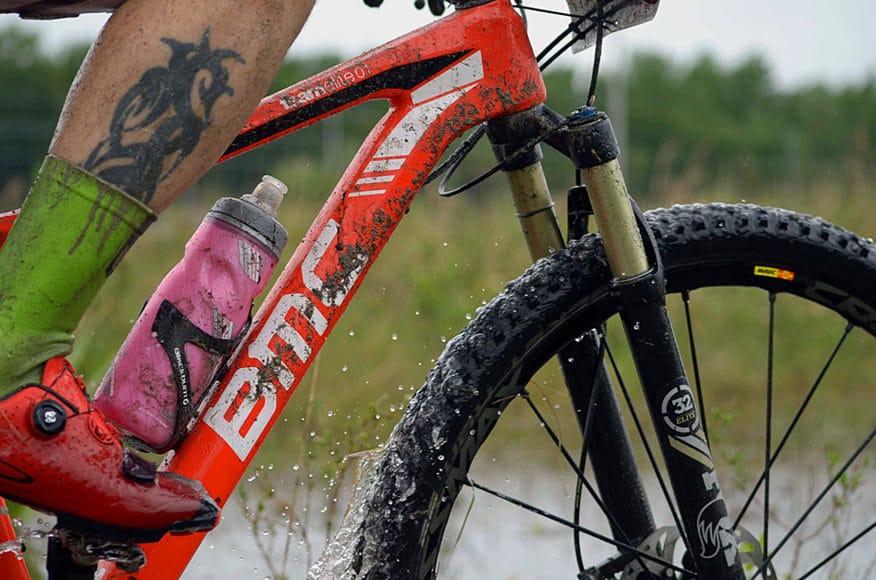 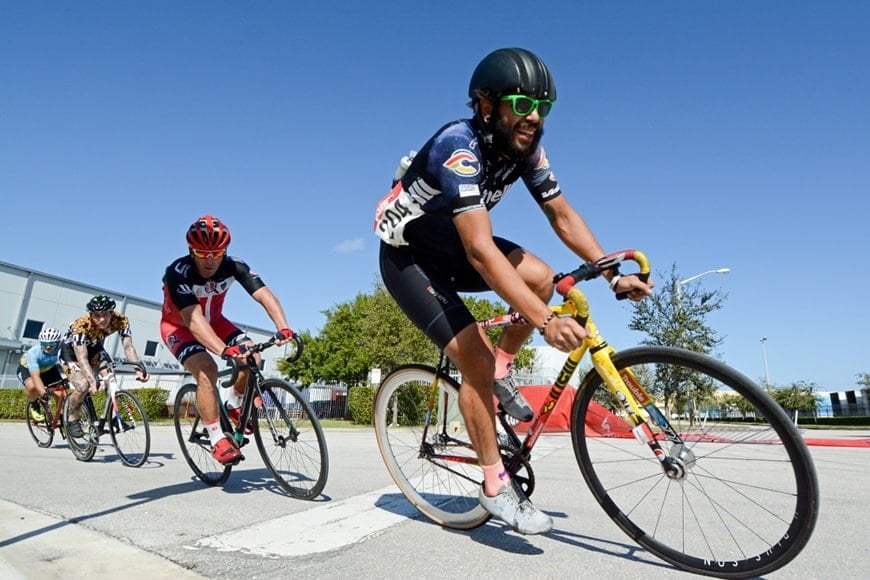 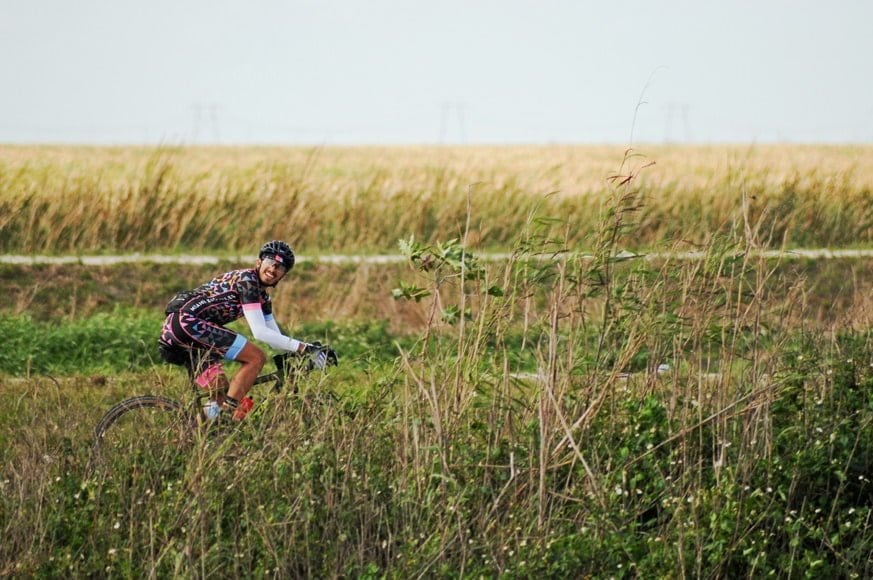 I love all things cycling, but I’m not really a sports fan. So it’s a little funny that after 20 years of making pictures, from fashion and glamour to nature and wildlife, I finally found my most successful niche: cycling race photography.

I started VeloPista Photo out of a desire to provide more exciting images for riders than what I was seeing from other photographers. I had ridden in plenty of charity rides and such over the years (I’m not a racer) and when it came time to see the event photos for purchasing, I was usually disappointed.

Cycling is a really tough, challenging, and visually dynamic sport. I knew that if I went into covering a race with an editorial aesthetic, I’d come out with something special, something a rider would want to look at over and over.

A race is a lot of fun to shoot, at any level. Maybe the local criteriums don’t have the grandeur of the Tour de France, but the passion and determination of the racers is just the same. It’s a fast and hard ride where you must anticipate where the most intense action will be, so you can be there before the riders – that’s where my own bike comes in. I bring it to some events so I can scope out the course and get around to the different spots without getting in anyone’s way.

I keep the gear list short, but I found that shooting with two cameras keeps me from missing too many shots, with a wide-angle on one and a telephoto on the other. Of course, having two bodies means that if one malfunctions, I can keep shooting with the other.

For about two decades, I shot Canon. A few years ago, I stopped shooting so much – I had almost put my photography on a hiatus – and I sold all my gear. I got a rangefinder-style Fuji X20

to keep me going, but SLRs are where it’s at for me.

I found that Nikon seemed to be a little less expensive for older used gear, so figured I’d give them a try. I started with a Nikon D80

, and kept trading up until I got to my current Nikon D7100

. There’s nothing wrong with DX, but having an FX full-frame body brings me back to my film days, and since I really like to shoot wide, it makes it easier to find a good wide-angle lens.

As much as I liked Canon, I don’t see myself going back. Nikon’s colors straight out of the camera – almost Kodachrome-like in the right light – are enough to make me a loyal fan.

It took a while to get the right lenses, and I am always looking for possible upgrades. I like my DX Nikkor 12-24mm f/4G

, it does a great job, but at an 18mm equivalent on both bodies at the short end, it’s not wide enough for me. That aside, it’s a very good lens that stays on the D7100

. When I have riders coming at me, I’ll pick out individuals from the peloton with this telephoto on one camera, then quickly put it down and grab the other body for a wide shot as the racers get closer. It’s also perfect for singling out the determined faces at the starting line without being intrusive.

I had a hard time finding a short tele ‘all-rounder’ that I could just walk around with before the race starts. I finally came upon the Nikkor 24-85mm f/3.5-4.5G VR

, and I am happy with the results that it produces. It makes the most sense on the D610

, but even on the DX body it works well for candids and photos of small groups.

When I had a Canon 5D

Classic, I also had an 85mm for portraits. I still love making portraits, and so I had to get the Nikkor 85mm f/1.8D

. It doesn’t come out of the bag as often as the other glass, but it’s the right lens for pre-race candids outdoors in the early morning light.

For lighting on the go, I have a Nikon SB-800 Speedlight

. Sporting a Guide Number of 125’, it’s plenty powerful to add a nice pop of color to an action shot. It doesn’t recycle fast enough on its own, however, so I added a Flashpoint Blast Power Pack BP-960

. This little battery pack cuts down recycle time to one second or less! It is always with me during a race.

My lead camera is always the D610

, so I outfitted it with the best strap I have ever used, the Peak Design Slide Camera Strap

. Tough, comfortable, and so damn versatile!

Many times during an event, I’ll have to run or ride a block or more to get to the other side of the course in time, and having the ability to quickly cinch up the strap so the camera can go tight against my side is amazing. No more bouncing camera!

If I am shooting with both bodies and have to make a run for it, I usually have a small Domke shoulder bag

in it before I take off.

A few other items to round out my kit on race day: my ‘Photographer Ahead’ sign is indispensable for mountain biking trails. It not only advertises my company, VeloPista Photo, so that riders know where to purchase their photos later, but it also warns them when I am situated (unexpectedly) around the next corner. I post it on a metal stake in the dirt a few yards before a blind turn. The riders’ safety is a huge concern for me, and I’m not trying to startle anyone with the camera.

keeps all my SD cards in a secure place, and it’s small enough to throw into any pocket. The Hoodman HoodLoupe

lets me check for sharpness on the LCD screen during lulls in the action, to be sure that my settings are good before the next wave of racers comes through.

Finally, though not pictured in my gear photo, my Domke F-2

shoulder bag has been with me for well over a decade. It has been the only constant in my equipment list, and it has gone through long hikes, fast motorcycle rides, and heavy rainstorms without so much as a wrinkle. A Domke F-3X

is a newer addition, and I use it for the days when I don’t need all my gear at my side all the time.