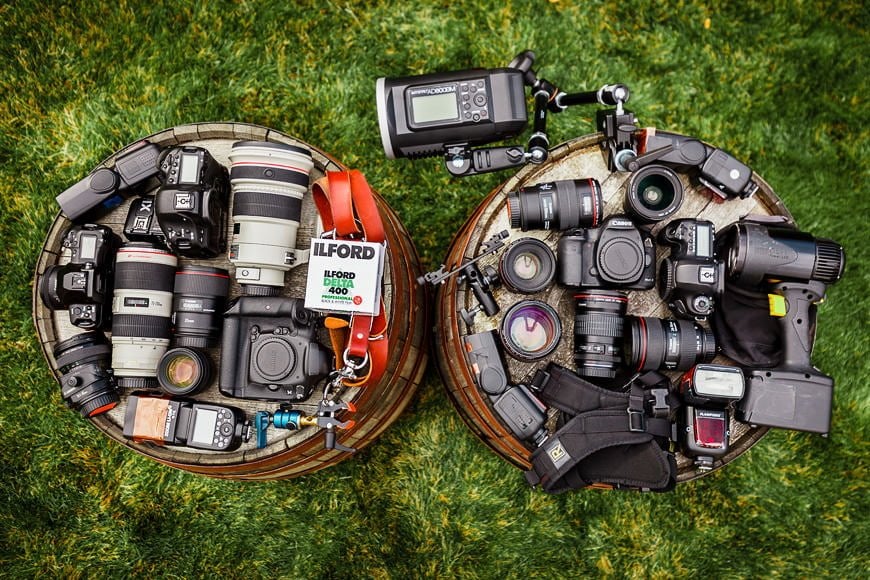 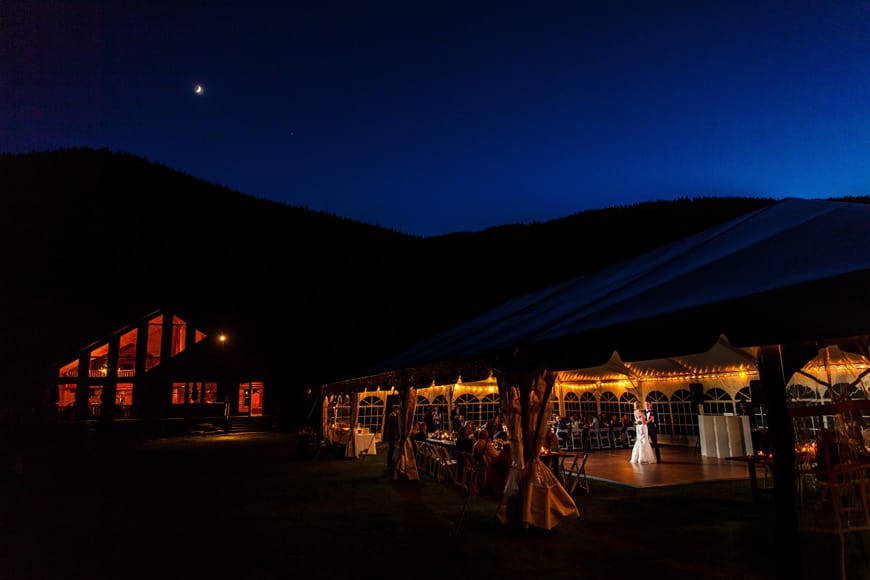 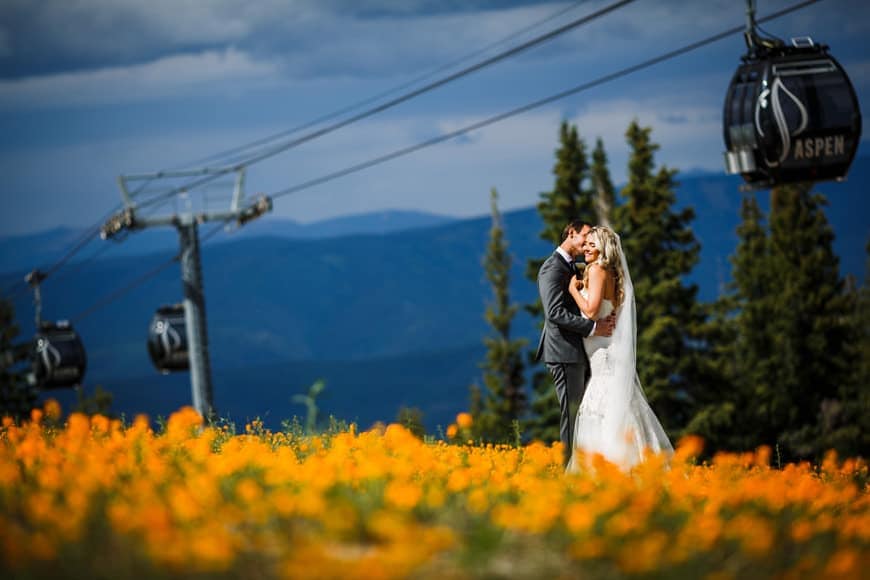 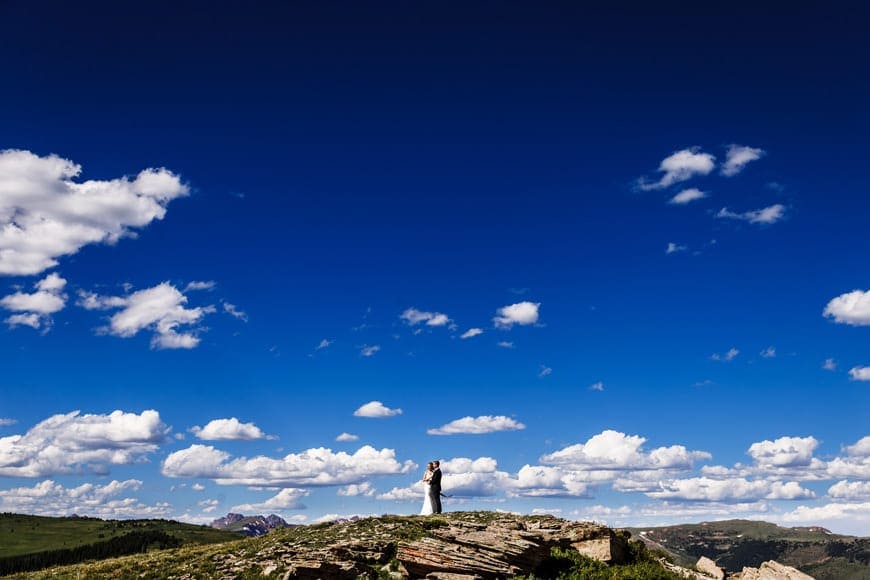 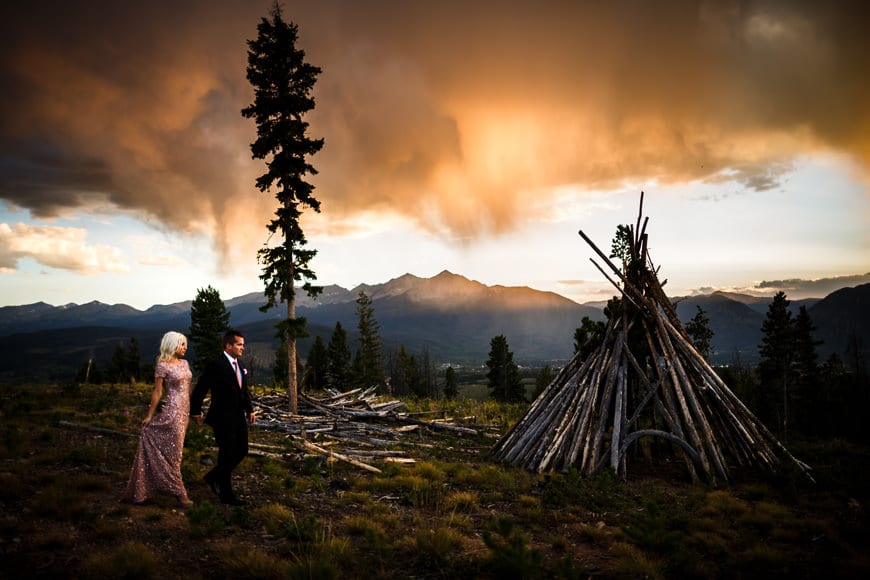 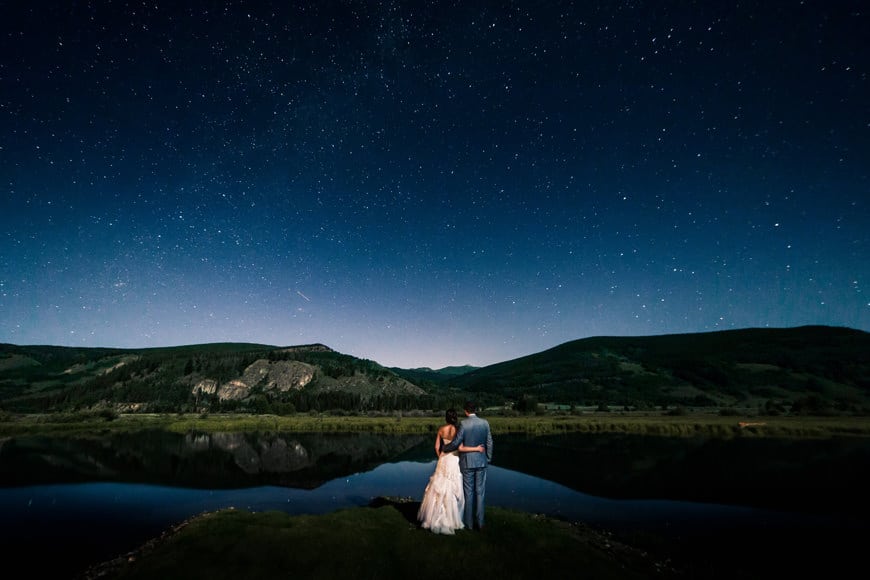 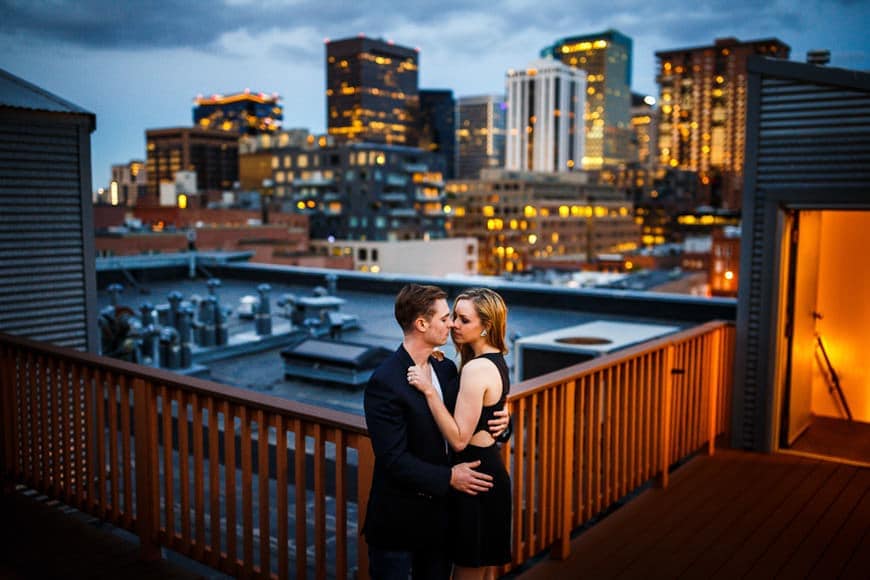 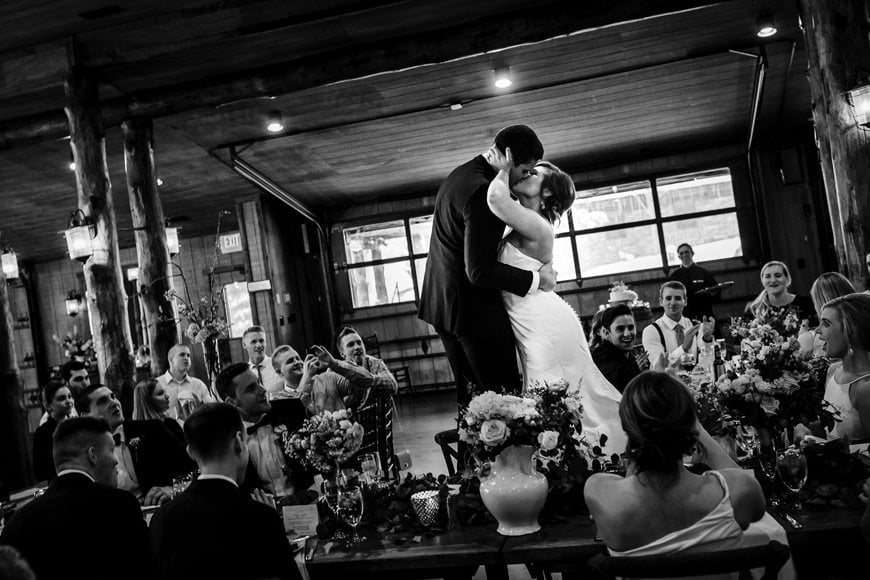 It’s Trent & Stacy of Gillespie Photography, and we’re a husband & wife duo based in Colorado, but we don’t travel much, because we think our colorful state is a destination itself. This past September makes it 7 years of shooting weddings together. Our peers say we’re crazy and our family thinks we work too hard, but we love getting dirty and pushing our couples to the edge, literally.

Being wedding photographers in Colorado sounds like a cakewalk to most in the industry. Mountain ranges, fields of wild flowers, wildlife, rustic ranches and clean backgrounds everywhere. It’s pretty fantastic, but Colorado has its issues, but one more problematic than any other state.

Three hundred days of sunshine, which may sound great, but isn’t so forgiving when you’re trying to make a portrait on top of a mountain at 3:00 in the afternoon. You learn to embrace the hard light and difficult logistics and shoot the moments in between.

Our kit has evolved over the years, and while it still seems a bit heavy loading it into the truck, we really only need a few bits and pieces to make pictures on a wedding day. I’ll go through those core items first.

– I love and hate these cameras at the same time. The files are great. It operates faster than I can. The AF is quick. It doesn’t buffer… but it’s stupid-heavy and big. Two years ago, I convinced myself the weight and size would be fine. More protein and hit the gym… but it only took a few weddings of Stacy killing it on the dance floor to realize that two bricks swinging from my side all day was wearing on me. Hopefully the Canon 5D Mark IV

will be the solution.

– I like shooting film for my family & travel photography. It causes me to slow down, look for a photo, snap it, and be done with it… versus digital, where you might fill up a card in an evening and never get around to sorting it. I also develop the BW film myself, which is a nice break at times. I then scan it and make a few prints. It’s the best way I’ve found to keep me a deliberate shooter & printer. I keep the Canon EF 50mm f/1.8

– It’s a great camera and more than I (Stacy) need most of the time, but the dynamic range is poor and you can’t shoot to two cards without buffering almost immediately. Trent hammers his shutter harder than me, which is why he got the big boy cameras, but I’ll be excited when I can shoot through a moment and not worry about the red-light-of-buffer-death.

lives on Stacy’s first camera. She loves the fifty-FOV and the 1.2 magic it produces. I can’t say I’m a fan as its focusing is erratic at times.

is expensive, but I’d gladly pay for it again. It’s so sharp at 1.4, I find myself shooting it wide open more than any other lens.

is what I’ve started using this year, versus the 1.2. The 1.8 is faster and lighter, which helps lighten the 1DX bodies just a bit.

spends most of the time on Stacy’s secondary camera, but she’ll swap it out for the 135 or 24-70 depending on her needs. We both wish Canon would update this lens like they have the 35mm.

is a lens we constantly fight over. It gets packed in her bag, but I’m frequently wanting to use it over the much heavier 70-200mm f/2.8.

is great for moments and PJ coverage, if we need to move fast.

is great for room shots and an occasional night portrait. We also use this lens a lot for remote mounted cameras.

is a lot of fun, but probably used once every four weddings, when we have a purpose.

is a beautiful piece of glass, but it’s slow and heavy. I took Daniel Stark’s advice and switched to the 1.8 and have no regrets. We’ll use it for engagements, but hardly at weddings.

serves us for ring shots. Not really needed, but makes it easier.

is fast, accurate and versatile, but like everything else Canon makes that’s fast, it’s too darn big. I use this for group photos and the occasional processional.

is one of the most amazing lenses that has no real purpose being in a wedding photographer’s roller. We used to pack it all the time, but now only do so if need some crazy DOF at long distances.

and the wife wears a Black Rapid DR-2

, more so because I usually have on brown shoes and she’s rocking black clothes.

system for several years, but switched over to Godox this past spring. More specifically, the Godox V860II

with lithium batteries. They stay charged longer, recycle faster and are way cheaper. You can also control the zoom from the transmitter, which is huge for keying in that light for a first dance or particular portrait. Similar to a grid.

As I noted above, Colorado can have some hard light, so we also own one of the Godox AD600

flashes. It’s great for large group shots or the occasional need for HSS and lots of power. The Godox system has built-in 2.4ghz transmitters and receivers, so no need for triggers, wizards, sync cords or any of that mess.

– It’s stupid expensive, but we’ve used the crap out of it, so I guess that makes it worth it. A lot of our blue-hour portraits are made with this. It makes focusing in the dark a breeze. Probably the biggest reason for a GL1 over a smaller panel or cheaper flashlight is its quality of light, which is even, and for its ability to zoom in/out.

– Strong, but small. Not quite as versatile as the spring clamp.

– A great all-purpose clamp for mounting speedlights in crazy places.

GoPro Suction Clamp – Attaches to mirrors, shower doors and anything glass. Easily holds the weight of a speedlight.

– We use this to remote mount cameras or lights in a pinch. It’s a little big, but it can hold a lot of weight in any position you want.

Impact Dual Cold Shoe Brackets – Two people shooting a reception can give you a bunch of differently lit and exposed photos. We’re not advocates of bounce flash, as it’s often impractical at our venues, so we use three 12ft light stands with these dual brackets on top. We then each have one flash on each stand pointed in towards the dance floor. The flashes are usually zoomed in from 50mm to 135mm depending on position, which creates for a nice pocket of dance floor light without illuminating surrounding walls and such. We then match our exposure and begin smashing the shutter. Editing our reception photos is a breeze now.