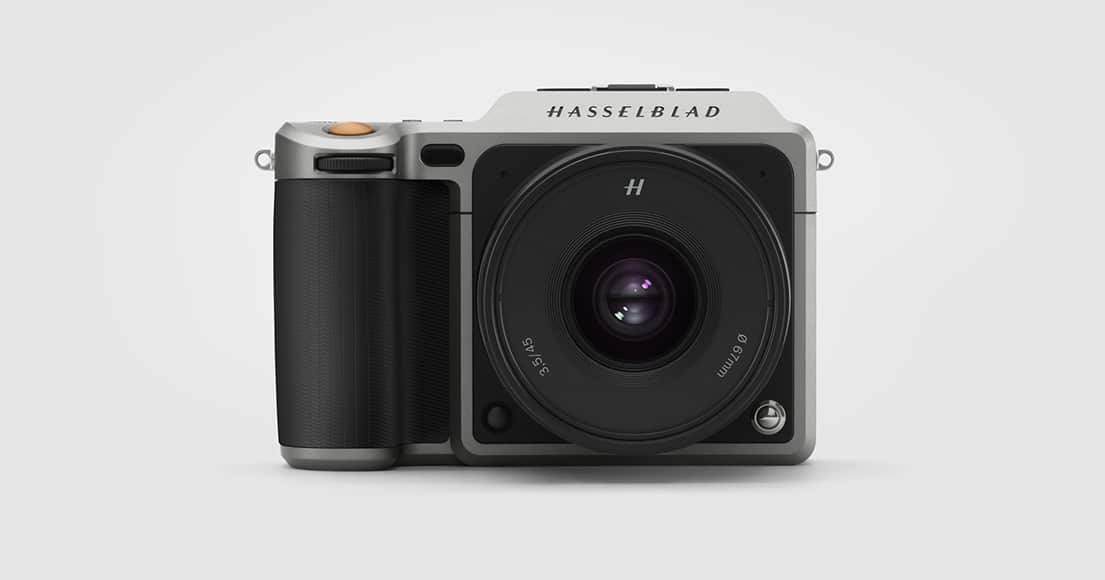 This is a Hasselblad X1D-50c review by fashion, beauty and portrait photographer Rick ‘Romeo’ Birt.

As soon as the Hasselblad X1D-50c and Fuji GFX 50s were announced, I wanted one of them.  The promise of Medium Format in a cheaper, smaller package was incredibly alluring.

I have now been shooting with the Hasselblad X1D-50c for a little over three months. In that time, I have compared it to the Fuji GFX, Sony a9, Sony a7R II, Canon 5DsR, Leica M (240), and the Leica Q.

When I say I’ve compared it to these cameras, I want to be clear that I have actually shot with all of them – and have compared raw images side-by-side with the Hasselblad.

The images I have been getting out of the Hasselblad exceed EVERY other digital camera I’ve ever shot with. 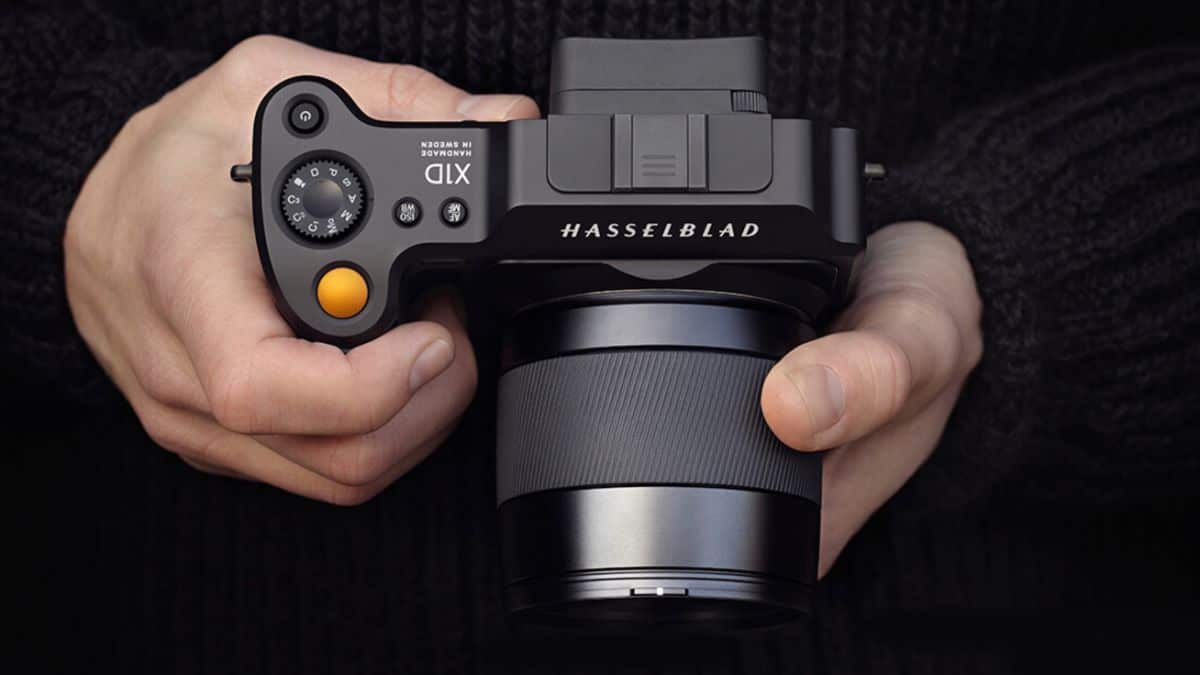 This thing screams SEXY. When my wife and I opened the box, she exclaimed, “WOW! We may have to buy two of these so we don’t fight over it!”

It is that beautiful.

I shot two fashion editorials over the next two weeks, and both models commented on the Hasselblad…
“Ooooh – A Hasselblad,” … “Look at you – Rick Birt – with your fancy camera!”

Neither of them commented on the Fuji GFX. The Fuji is very…not sexy.

Should this matter? My left brain says NO! However, what is this industry about? Image – both literally and figuratively.

These tools are used to create photographs because the world has placed value on pretty images. Don’t kid yourself, image is paramount in this business – especially in the fashion/wedding/portrait industry (I can’t speak for Landscape Shooters).

The Hasselblad X1D-50c is equally beautiful to hold. The grip feels sublime, and the whole thing just fits my hand like a glove.

At first, my only gripe about the button placement was the AF/MF button. When I first got the camera, one would have to reach uncomfortably-far with their shooting finger to press and hold this button in order to activate the focus point selector.

Thankfully, like most gripes I had about the camera, this has been fixed via firmware. Now, one can use the touchpad on the screen to move the focus point.

As for durability, the Hasselblad X1D-50c is built from a solid block of aluminum, so it is very sturdy feeling. Since it is a new camera, I’d only be guessing at how well it can hold up over time, or in extreme conditions. 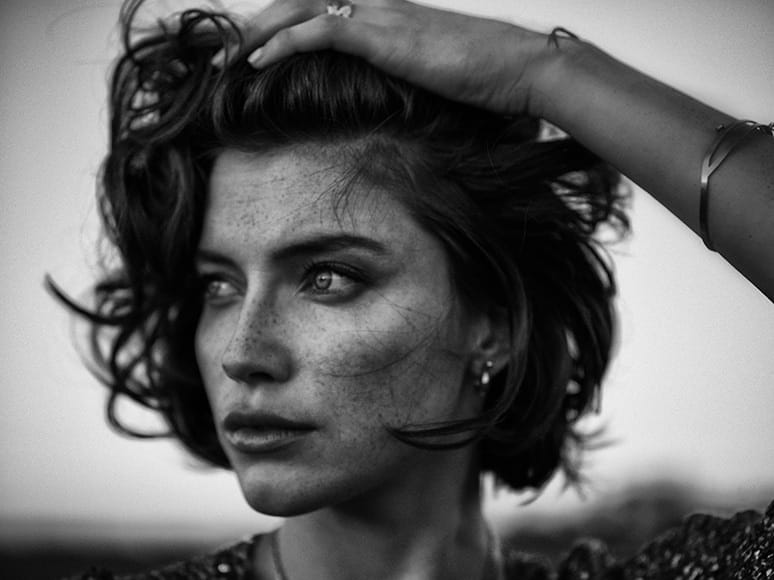 Specs are very important when comparing cameras online, but I’ve been burned a few times by making decisions based on specs alone – yes I’m looking at you Sony a7R II.

The Hasselblad X1D’s most direct competitor would be the Fujifilm GFX-50s. Both cameras use the same sensor (as do a few other Medium Format Cameras).

On paper, one might say the Fuji trumps the Hasselblad. The Fuji has WAY more features, and it’s cheaper. On the other hand, the Hasselblad is much simpler, intuitive, and elegant.

The main advantages of the Hasselblad X1D over the Fuji GFX are:

I’ll be quite honest – I bought the Fuji GFX thinking it would be better. This decision was based on specs, and the fact that the X1D was widely published to have some unresolved issues. The X1D I used was just a loaner sent from Hasselblad (thanks to Ming Thein).

However, after comparing the images from the two photoshoots (well over 3000), I sent back the Fuji GFX and bought the Hasselblad – warts and all! Fortunately, as I alluded to earlier, Hasselblad has released several firmware updates which have crossed off a lot of cons I initially had. 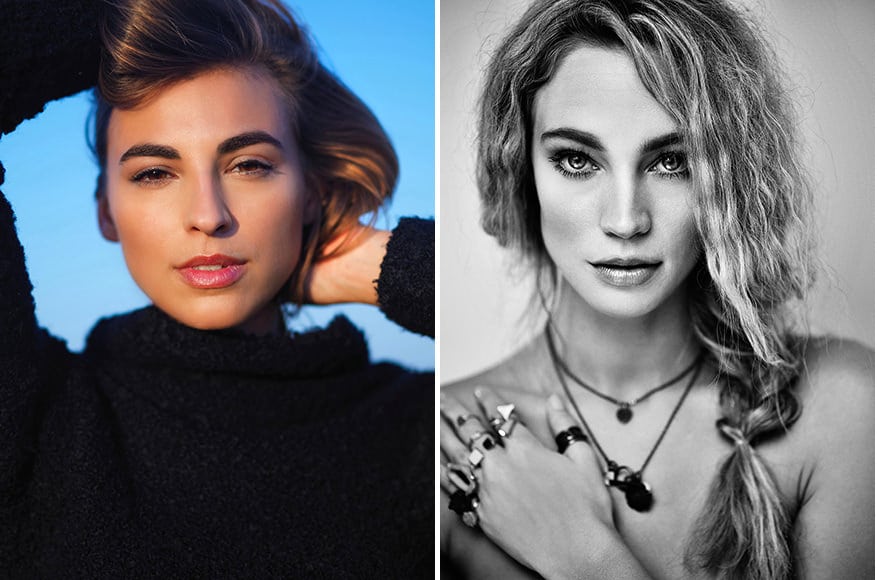 To me the benefits of moving to medium format are:

So now that I’ve covered numbers and specs – let’s talk about what these cameras were made for – images.  The first time I brought up the Hasselblad X1D-50c images I got a little weak in the knees.  I said to my wife: “These are the images I’ve always wanted to create.”

Granted, the files from the Fuji GFX, Sony a9, Sony a7R II, Canon 5DsR, Leica M (240), and the Leica Q were all very nice, but the Hasselblad files have something extra.  There is definitely more depth to the images, and they are somehow ‘richer’ looking than the others.

If you’d like to compare some of my images for yourself, I created a Flickr Album with several Hi-Res images. 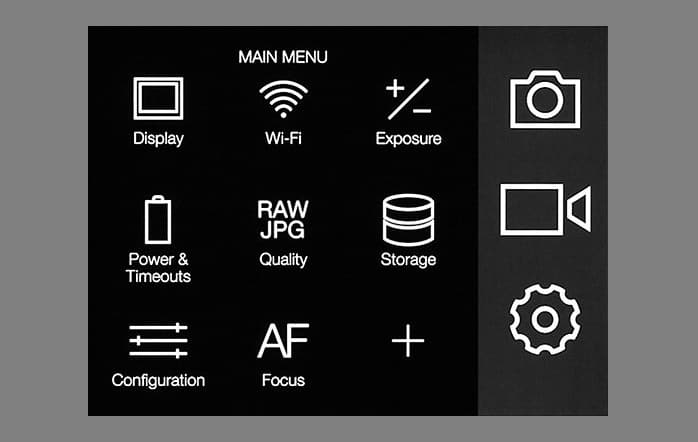 If you’ve ever used a Sony camera, using the Hasselblad menu is like a breath of fresh air. It is amazing how simple and intuitive it is.

Earlier reviews complain of lag when using the menus, however, that was fixed via firmware before I shot with it. In short – the menus are a joy to navigate. 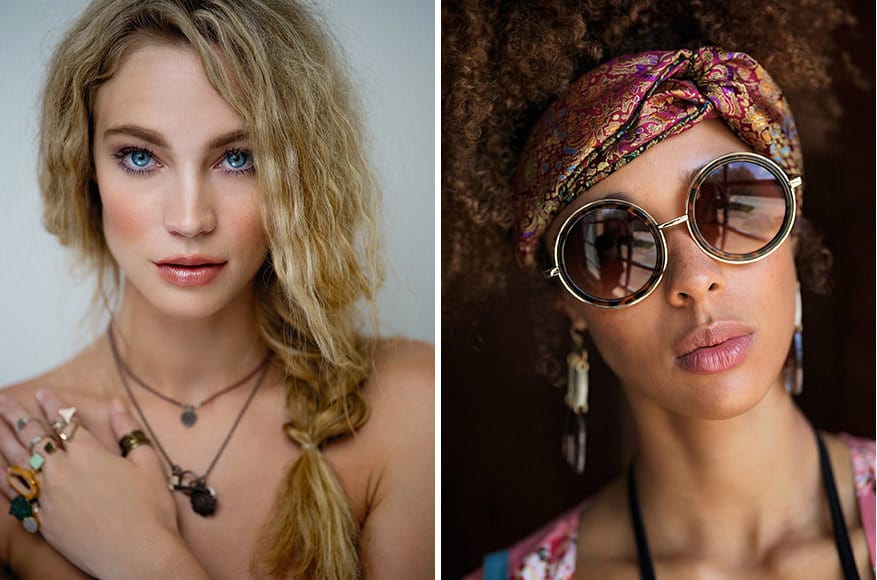 This is the Medium Format Cameras’ Achilles heel. Compared to full-frame cameras, the Hasselblad X1D is…slower. However, compared to traditional medium format cameras – it is actually quite peppy!

The Auto-Focus system uses contrast-detect AF, and there is no continuous mode. Thankfully, using the touchscreen to move the AF point around is very easy, and intuitive.

The EVF isn’t the best I’ve used, however, it is more than adequate. I would put it on par with the Sony a7RII EVF.

The battery performance is actually pretty good for a mirrorless camera. I usually need two to get me through a full day. 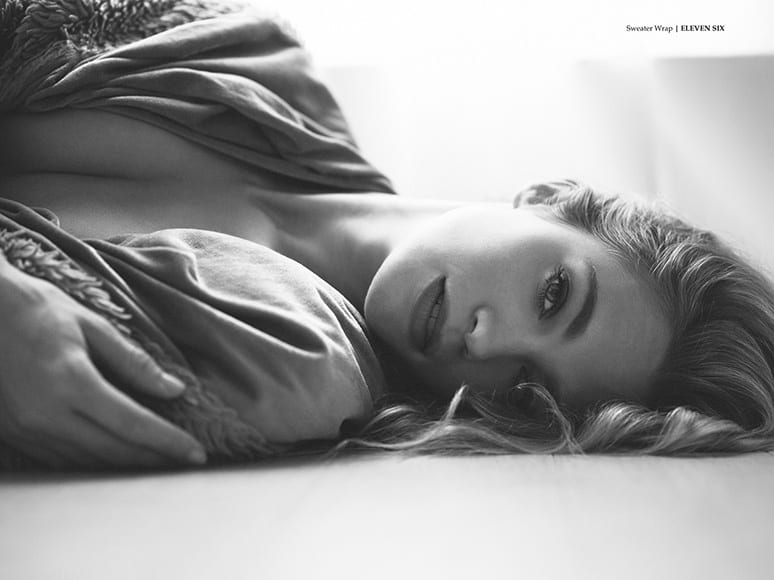 Hmmm…this is tough. Having always wanted a Hasselblad, I was honestly elated that there was finally one available for under $10,000!

Compared to other Hasselblads and Phase Ones, the Hasselblad X1D-50c is a bargain!

A lot of people that are interested in the Hasselblad X1D are those that have been lugging around Medium-Format bodies, backs, and tripods for years. They see the X1D as a much more portable Hasselblad H5.

However, one cannot ignore the lower-priced competition. The Fuji GFX is a solid performer, and quite honestly, so is the Sony a7R II and the Canon 5Ds R.

However, once I saw the difference in image quality (especially when it was packaged in such a beautiful body), I had to have the Hasselblad X1D. 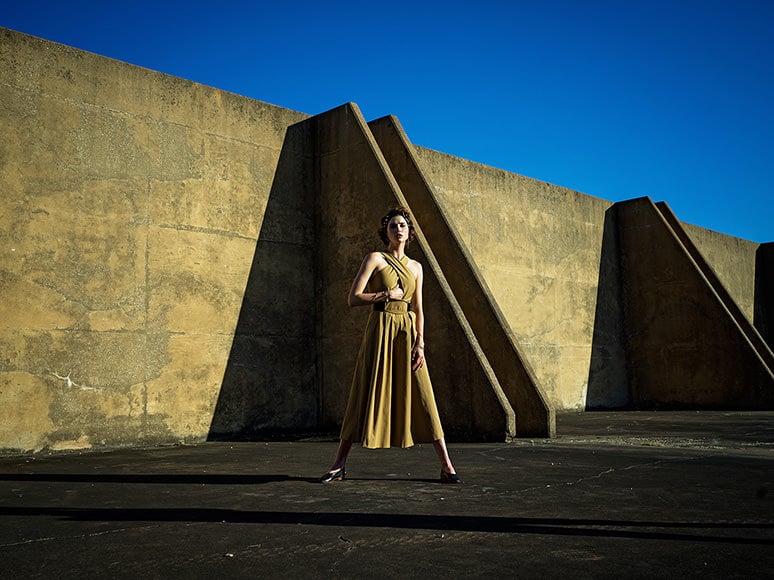 Is the Hasselblad X1D-50c Perfect? Should all of you run out and purchase one right now? Hardly. Every camera has it’s pros and cons. The one that fits your needs and budget is the best camera for you.

Pros of the Hasselblad X1D-50c

– Best IQ of any camera my wife and I have ever shot with – I love the way it handles skin tones and highlights – gives very Leica-esque glow, Very accurate colors, richness to the files

– Absolutely Beautiful Camera. When we opened the box – my wife said “We may have to buy two so we don’t fight over it.” UMMMMM…OK!

– Free Phocus & Phocus Mobile – Everyone LOVES the tethering via WiFi to my iPad!!!

– Firmware updates have come fairly frequently, and are quickly striking off items on reviewers’ con lists

– Actual Hasselblad Employees answering complaints/issues in forums (DPReview, GetDPI, Fred Miranda, etc.) – is any other camera company doing this? I haven’t seen it (at least to this extent)

– Lightroom handles the Large files beautifully. Much better than the files from the Fuji GFX

– Ming Thein – an actual photographer – isn’t just a Hasselblad Brand Ambassador – he is the Chief of Strategy. This guy understands the average working photographer, and I am confident in the future of Hasselblad as long as he is with them

Cons of the Hasselblad X1D-50c

– What is that AWFUL sound coming from the camera after pressing the shutter?!?!? It sounds like a $5 electronic stapler. My Leica Q and Sony RX1RII have leaf shutters and they are virtually silent. **Update – there is a new silent E-Shutter Option**

In conclusion, although the Hasselblad X1D-50c is a little slow, and is quite expensive – It takes AMAZINGLY BEAUTIFUL images…and that is why I love it.