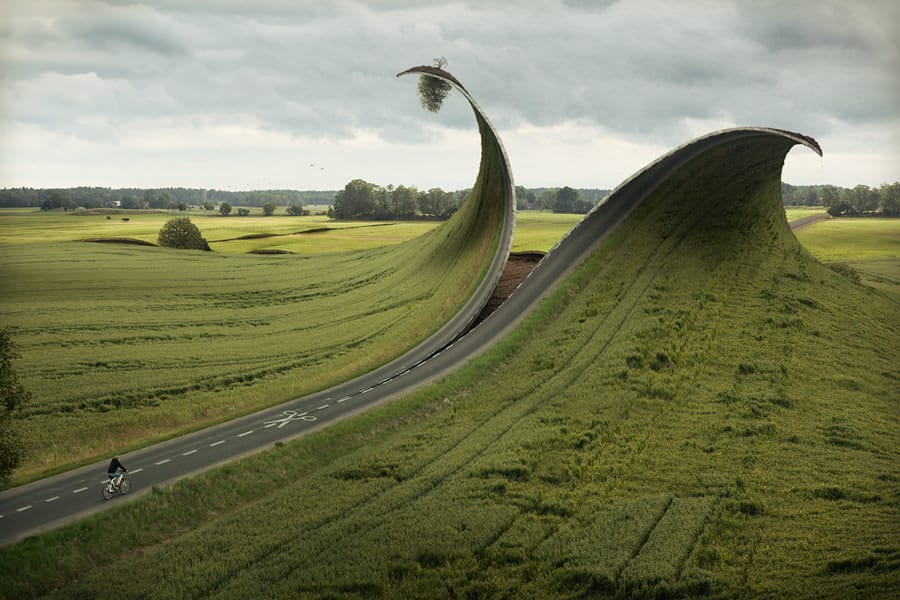 As a Swedish retouch artist and photographer based in Berlin, Erik Johansson creates incredible, surreal images by blending detailed photography with advanced Photoshop techniques. Inspired by the great surrealist artists  SalvadorDali and René Magritte, Erik is entirely self taught in both his photography and retouching.

Now he works with both personal and commissioned projects with clients including Google, Adobe and Microsoft. In November 2011 Erik spoke at the TED Conference in London (video below) about his photography and at the Adboe MAX Conference in May 2013.

Growing up in the Swedish countryside has clearly had a big impact on his visual style, with a lot of the environments in the images captured in his hometown of Götene.

Let’s hear what Erik has to say in this exclusive interview with Shotkit.

Describe how you got into photography.

At the age of 15 I got my first digital camera which opened up a new world. Being used to drawing it felt quite strange to be done after capturing a photo, it wasn’t the process of creating something in the same way. Having an interest in computers made it a quite natural step to start playing around with the photos and creating something that you couldn’t capture with the camera. It was a great way of learning, learning by trying. But I didn’t considered it as a profession until years later. 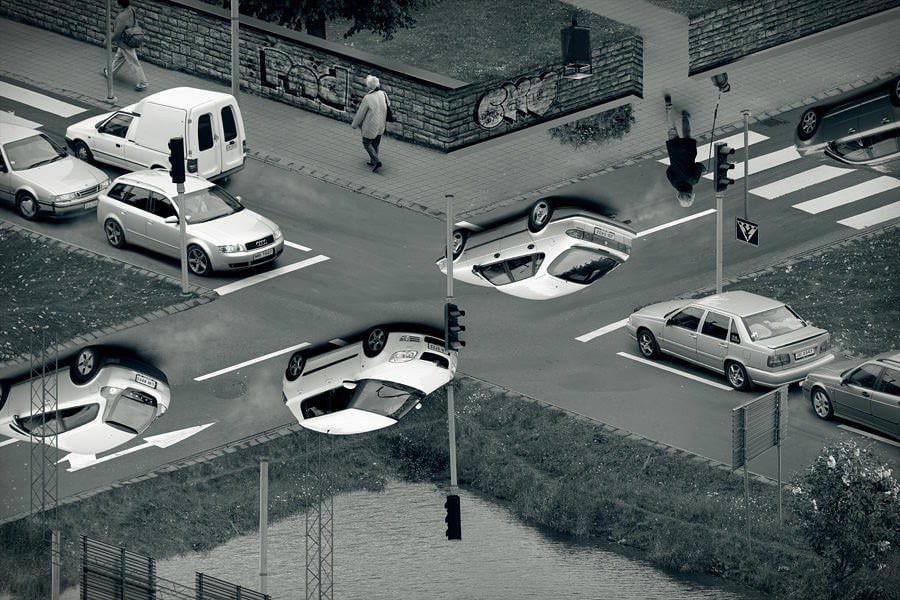 The process is divided into three different parts. It always starts with a sketch, a simple idea. Not many ideas get realized, but if I think it’s good enough I decide to realize it.

The first part is planning. Once I’ve come up with an idea that I think is good enough to realize I need to find the places I need to shoot to put the photo together. This can take anywhere between a few days to several months, sometimes years. This is the most important step as it defines the look and feel of the photo, it’s my raw material. This step also includes problem solving, how to make the reflections, materials etc. realistic.

The second part is shooting/collecting the material. I never use stock photography in my personal projects, I always want to be in complete control of my photos and feel like I’ve done everything myself. It limits me in a way that I can’t realize all ideas I have, but limitations are good sometimes to define the work. A similar light and perspective is extremely important to create a realistic result when combining the photos.

The final part is putting the photos together. This takes anything from a few days to several weeks. This is actually the easiest step, if I did a good job in the first and second step. This part is like a puzzle, I have all the pieces, I just need to put them together. 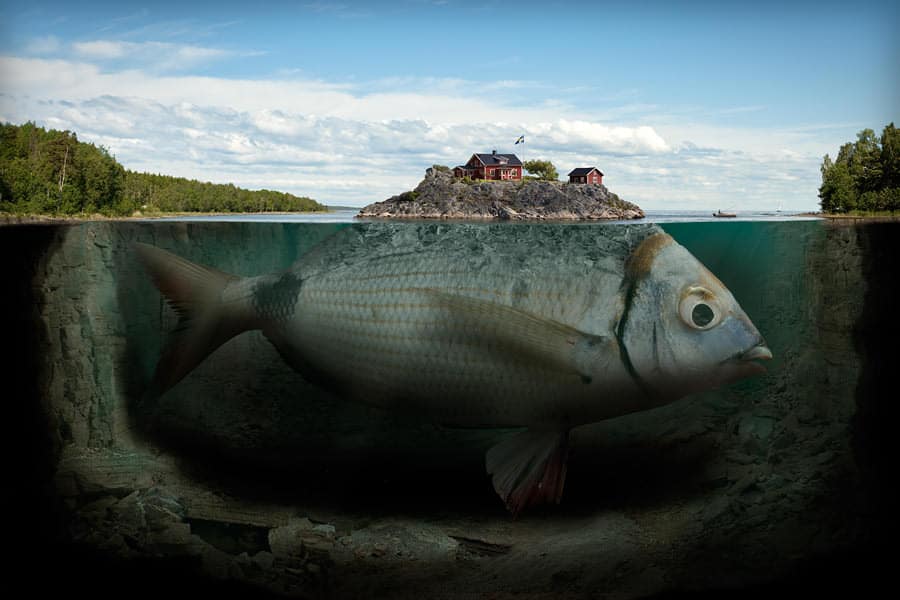 How long would the photography take for such an image?

Normally it takes several months but that is mostly looking for locations, as soon as I find the right place it usually takes a few weeks to realize. with my personal work I don’t really have a deadline. 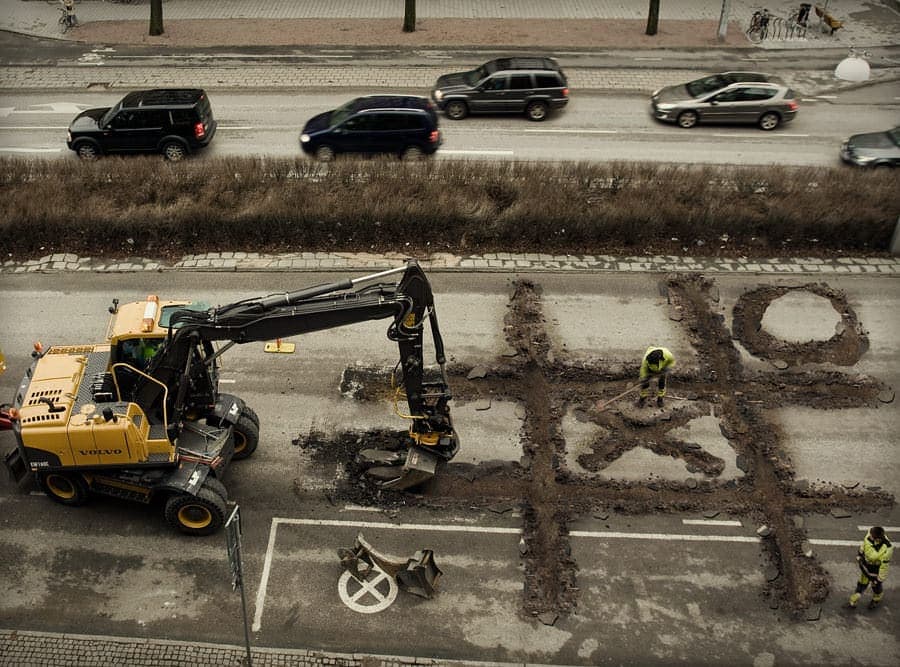 How long would the editing take?

The editing is normally between 10 to 20 hours, but usually just one hour here and there. I need perspective and let it take time to see it with new eyes. 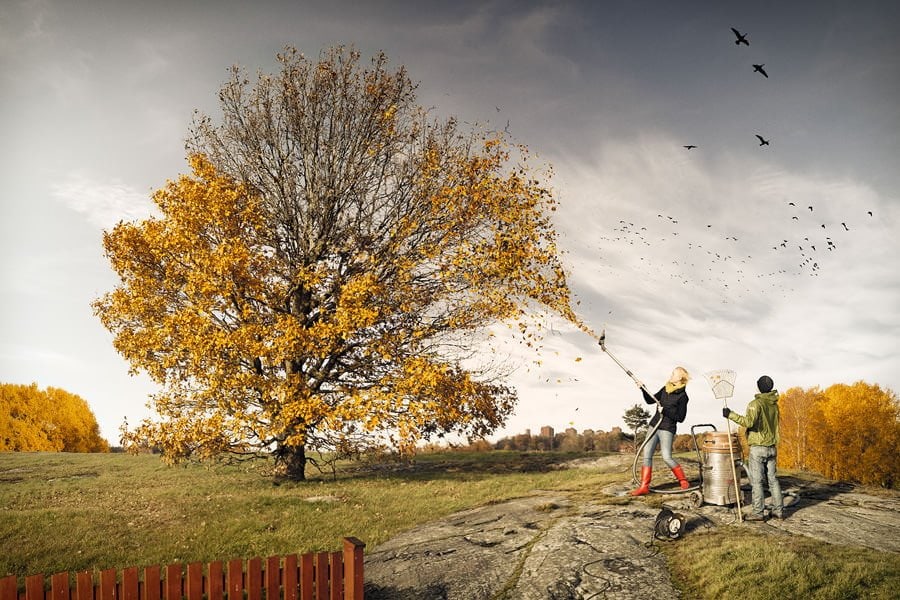 What do you use to edit?

I edit my work on a home built PC on Windows 7 using Photoshop CC and Lightroom. I use a Wacom Intuos 5 Large and Eizo Coloredge screen. 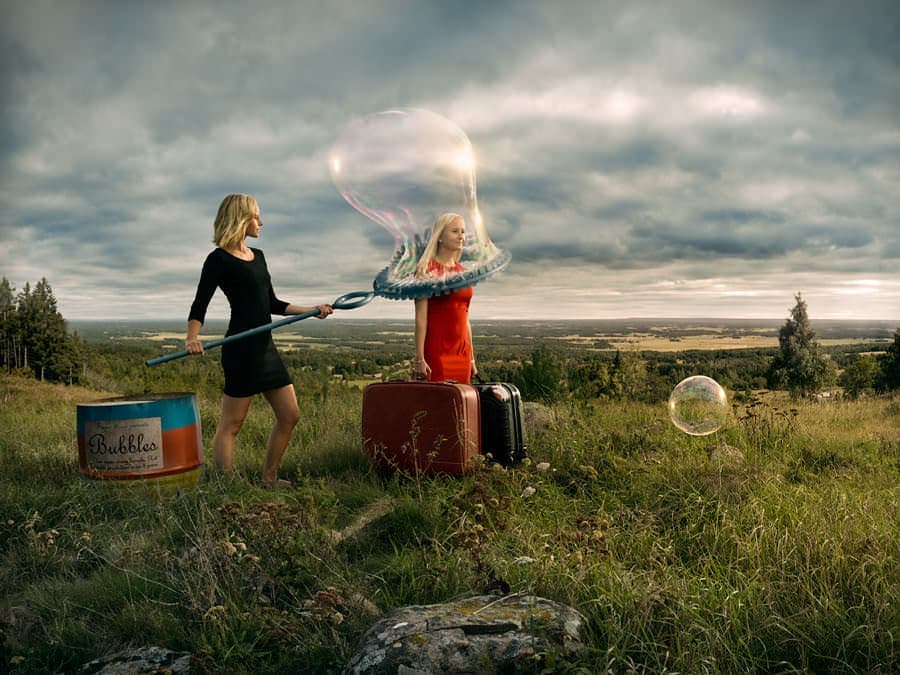 What advice would you give to someone wanting to create surreal imagery?

Try to see ideas in everything you see, question logic. It’s also a lot about being able to realize it and in the end that is just about spending a lot of time in Photoshop learning from your mistakes. 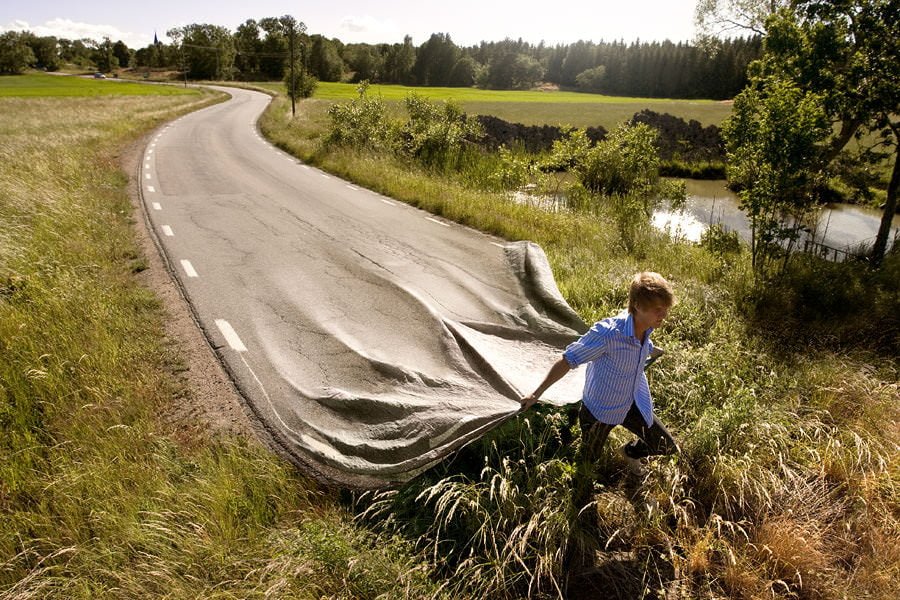 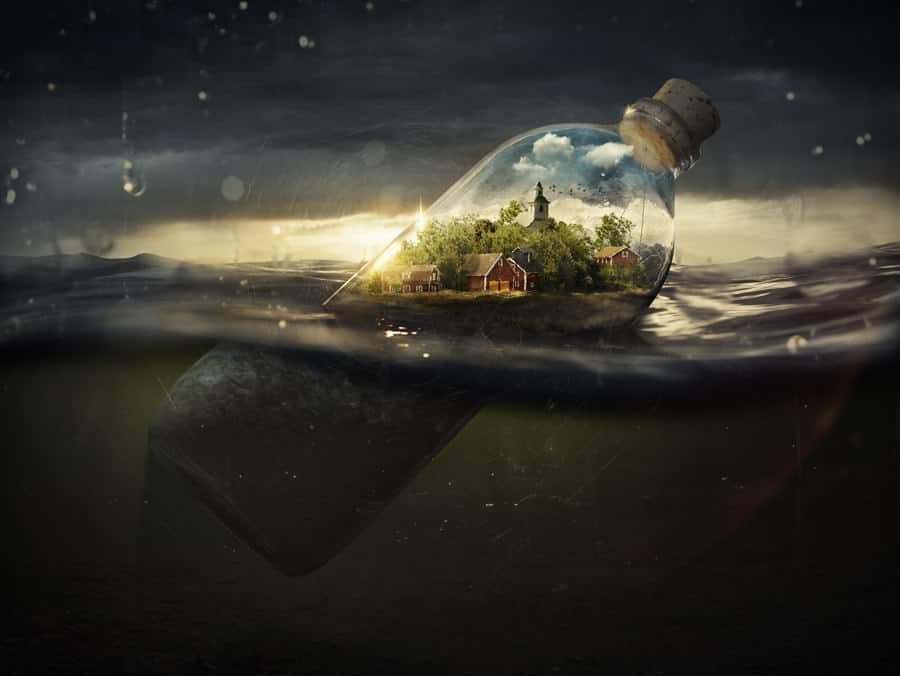 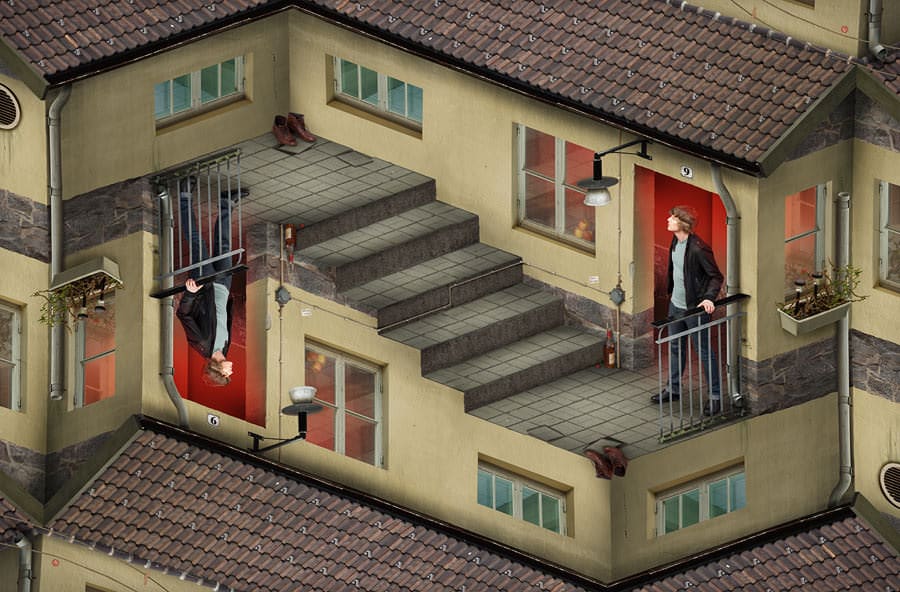 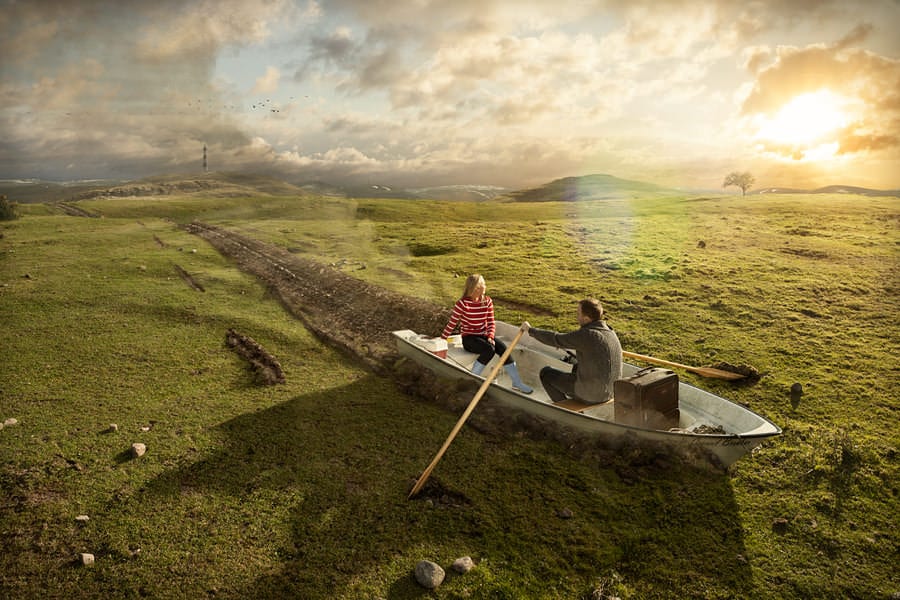 If you’d like to read more about Erik and the camera gear he uses to create his incredible images, click here to visit his Shotkit submission.