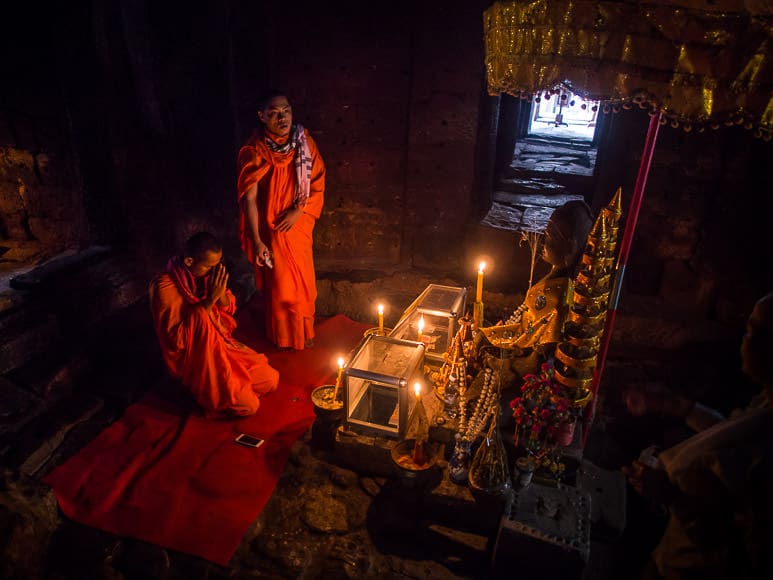 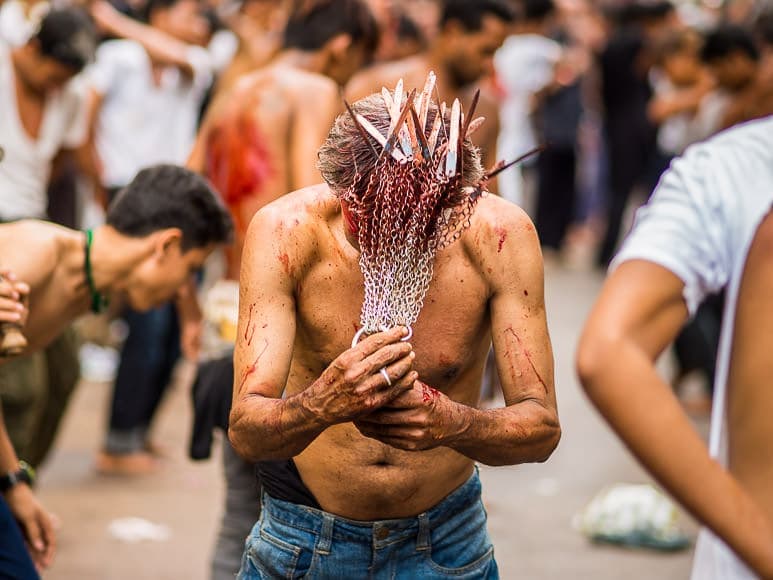 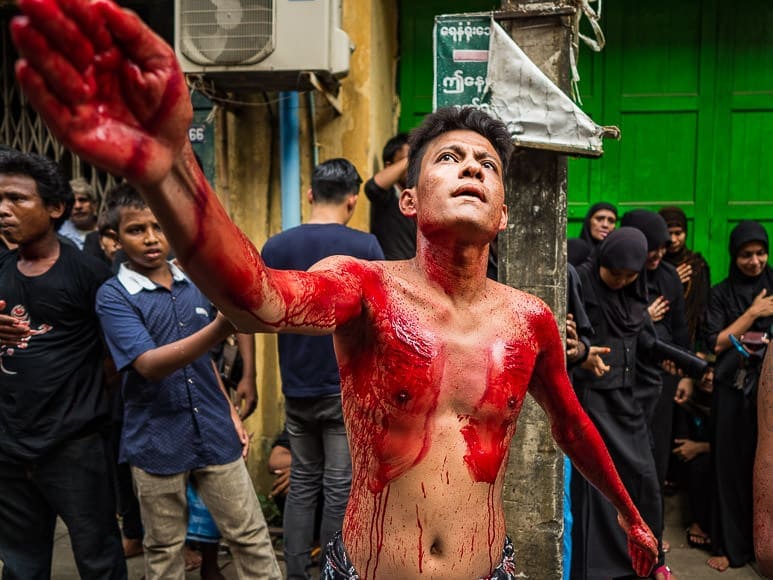 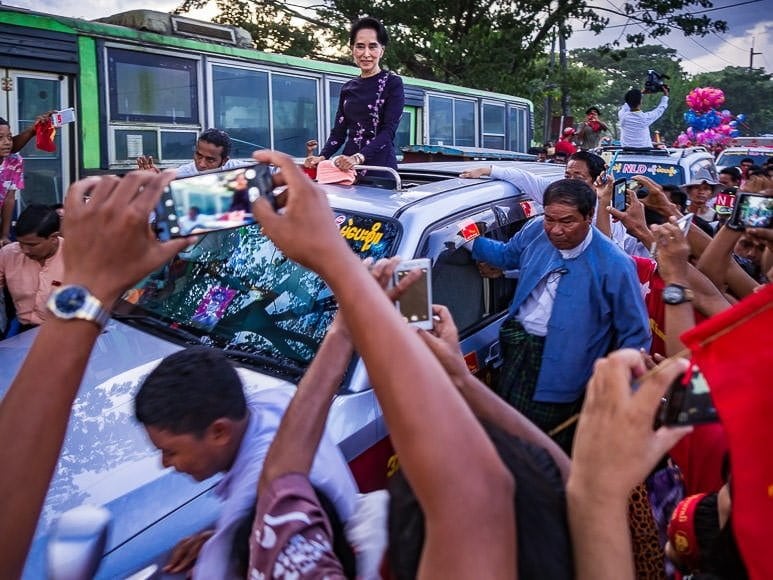 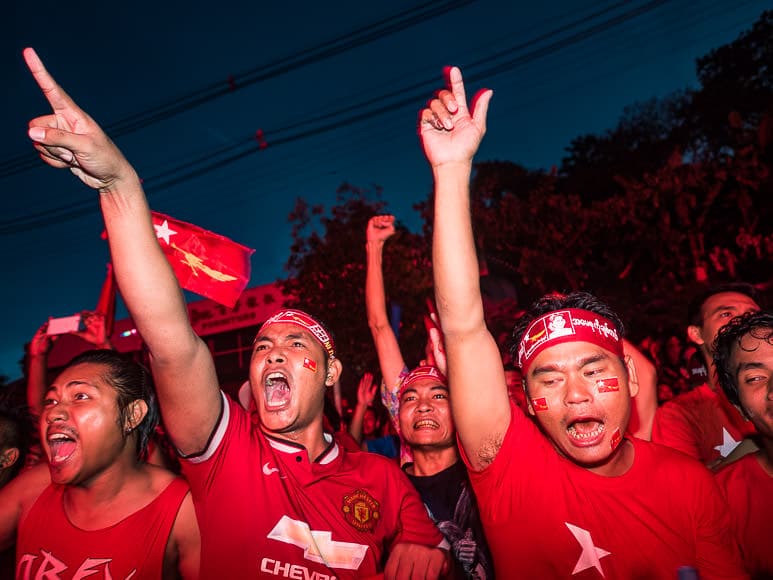 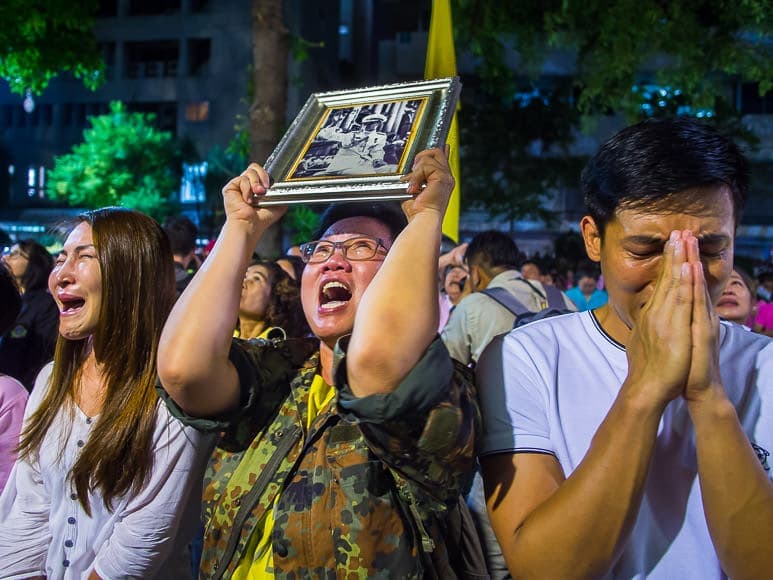 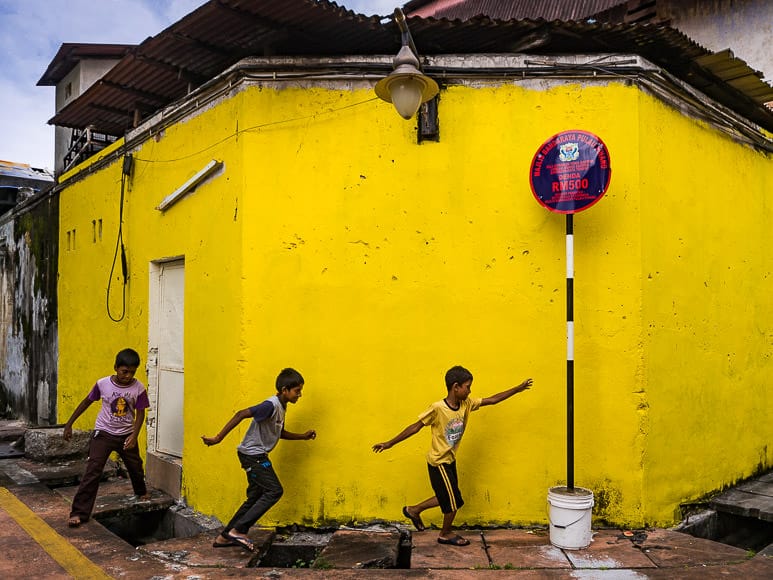 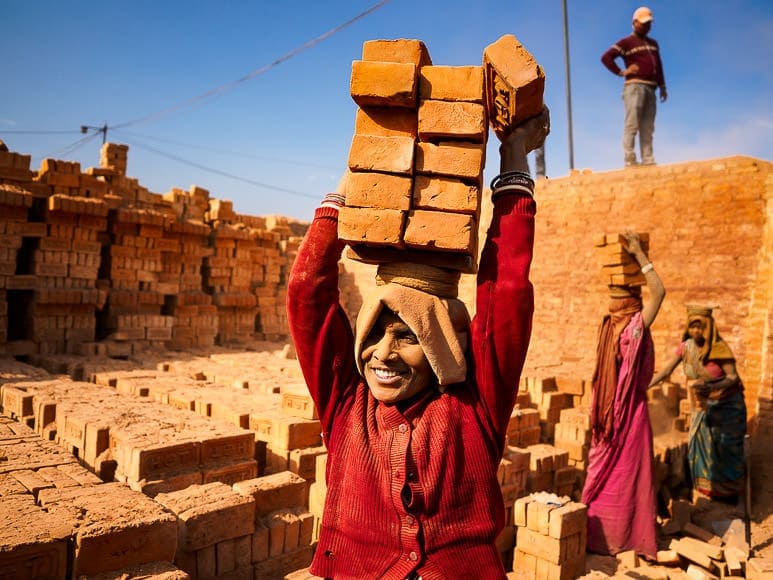 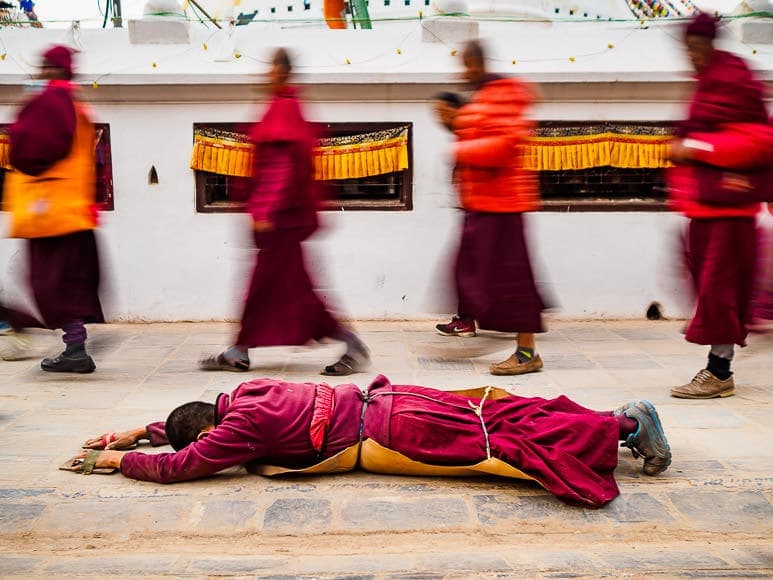 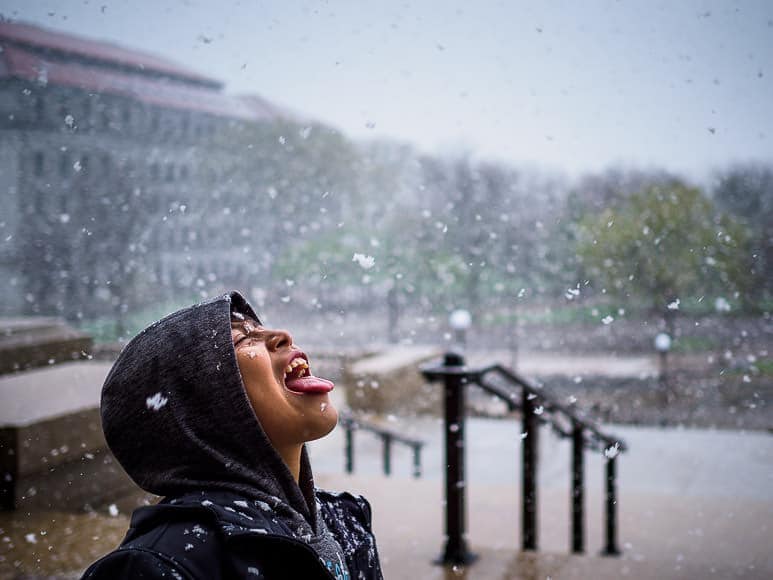 I’ve been working as a photojournalist for more than 30 years. I started out in the
business with Canon FD bodies and lens, transitioned to EOS film bodies and lenses,
then to EOS digital. When I worked in film, I also used Leica cameras and a couple of
short Leica lenses.

In 2014, tired of the ever-expanding size and weight of digital SLRs and realizing
that my body is a finite resource and the Canon gear was quickly wearing it out, I
transitioned again, this time to the Olympus Micro 4:3 system.

The first newspaper I worked for in 1984, in Fergus Falls, Minnesota, provided me
with Olympus OM cameras and lenses. Even then, I liked the small size and light
weight of the Olympus system, but I kept Canon as my personal gear. In a way, coming
back to Olympus gear 30 years later was returning to where I started. The technology
has changed, but Olympus’ ethic—making high quality equipment and great lenses in
the smallest possible package—hasn’t.

In 2012, my career as a photojournalist took a sharp left turn. The newspaper I
worked for, like so many American newspapers, was contending with economic
challenges and reducing the size of the photo staff. When one door closes another
opens. My newspaper job ended, and I took my cameras and laptop, left the sunny
desert southwest and relocated to equally sunny Bangkok, Thailand.

Now I work on stories I care about in Southeast Asia—religious diversity,
urbanization, climate change, cross-border migration and industrialization. I live in
Bangkok, which has great infrastructure, but I work in neighboring countries.

The switch to Olympus has been great for the travel I do. Olympus is so much
smaller and lighter that even with the same number of bodies and lenses that I had
when I used Canon, I can travel with bags 1/3 to 1/2 the size of what I used to carry.
My current system is very retro—it looks more like what photojournalists carried in
the 1970s and 80s than what multimedia journalists carry in the 2000s. It works for me
since I do very little video or multimedia.

I always shoot RAW+JPEG. The JPEGs are exported to my iPhone and used to
feed my Instagram account. But with the Pen-F

, using my custom B&W film settings,
which are made to approximate the Ilford HP5 Plus

I used in my film days, I archive the
JPEGs alongside the raw files.

(x2) – these are great cameras, professional bodies in every
sense of the word. Two card slots, superior autofocus, super responsive, extremely
customizable, great weather sealing, everything a working professional needs in a
camera body. The menu system is very deep (is that possibly a euphemism for
complicated?) but I think this complaint is mostly related to users coming from other
camera systems not being used to the Olympus system. Now that I’ve been using
Olympus gear for three years, I find Canon’s menus confusing and I never did
understand Nikon’s menus.

body (x1). I use this body in the same way I used rangefinders in
my film days. It’s not quite as rugged as the E-M1 Mark II

(and without the weather
sealing). The image quality is excellent and it’s nearly as responsive as its big brother.
This camera is fun. That’s a completely personal thing that I find hard to quantify. When
I go out to “work” it’s the E-M1 Mark II

bodies and a full selection of lenses, but when I
go out to explore or to scope out new stories more likely than not I’ll carry just the Pen-F and two lenses.

Speaking of lenses:
I love the Olympus lenses, especially the primes, which are exceptionally tiny and
exceptionally sharp. The lenses I carry when I’m working include:

– when I need a wide angle this is my go-to lens. Currently the
widest lens I routinely use. If Olympus made an 8mm f/2.8 prime, that wasn’t a fisheye,
(or something in that neighborhood) I would buy one.

– the classic street photography focal length, fast at f/1.8,
speedy autofocus. What’s not to like?

– the Olympus version of the “nifty fifty.” No kit is complete
without one. Good for portraits, good for street photography. Used properly, it has nice
bokeh.

– a lens that is legendary for its sharpness. I have one and I like
it. I don’t use it as often as I used to because it falls between the 25mm, which I like a lot, and my standard “long” lens, the…

– what can I say about this lens that hasn’t already been said?
This lens alone is worth getting into M4:3. It is quite simply the sharpest lens I’ve ever
used. I can’t say enough good things about this lens. It is the one lens I ALWAYS carry.
I might go out with the 17 or 25 on my camera, or I might leave the 12 or 45 at home,
but this lens is always in the bag.

And on the subject of bags, my bag choice is also somewhat retro.

When I was using Canon full frame bodies and L series lenses I ended up using
waist belt bags because the weight was too much and the cameras and lenses were so
“fat” they outgrew my shoulder bags, which I’ve always preferred. I traveled with
camera backpacks, which I didn’t like, and work out of waist packs when I got to my
destination.

After I switched to Olympus, I went back to using shoulder bags. I found the Olympus
gear was so small it was practically swimming in the bags I used, so I reverted to my
old standby. My main bag is the…

– the bag I used for the first 20 years of my career. The classic F2 is light
enough to work out of so I can fly and work out of the same bag. It’s got room for my
three bodies, five lenses, extra batteries and SD cards, light meter (I still carry one) and
miscellaneous needs. When I get to where I’m going I lighten the bag a little by pulling
out the extra batteries, some of the SD cards, and a body (they go into the hotel safe).
When I use something a little smaller, I go with the…

– just a little smaller than the F2, it’s a nearly perfect street
photographer’s bag. Not quite big enough to use as my travel bag, but big enough to
meet my needs as my street bag.

I always wear a Khmer scarf when I’m working, it’s not a fashion accessory, it’s a
piece of the kit. They’re indispensable; I use mine as a hand towel, sweat rag, head
cover and sunshade, and gas mask (although it’s not a great gas mask), sometimes all
in the same day.

My laptop is the 13-inch Apple MacBook Pro Retina

, which fits in nicely with my
“smaller is better” mantra. I’ve thought about using a MacBook Air

(the 11 inch is
enticing) but I’ve found the 13-inch MBP Retina is powerful enough to be my main
computer and small enough to be a photographer’s road warrior machine, the MBP
and a couple of backup hard drives fit into a Domke brief case, which in turn rides in
my Tactical 5.11 backpack

that is my carry-on for clothes and personal gear.