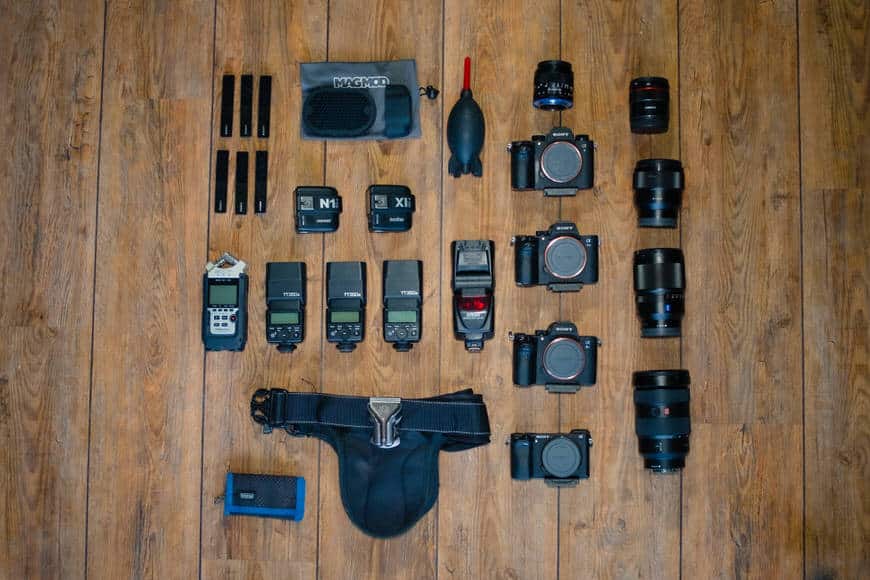 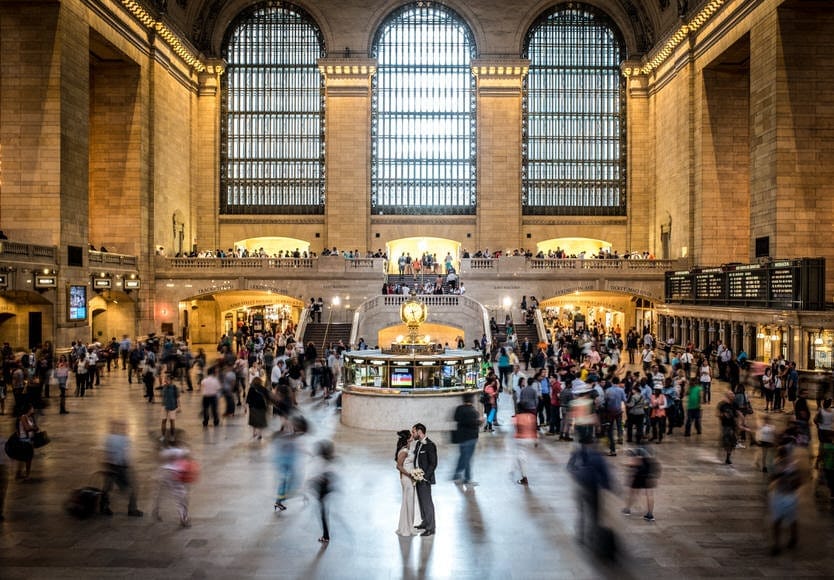 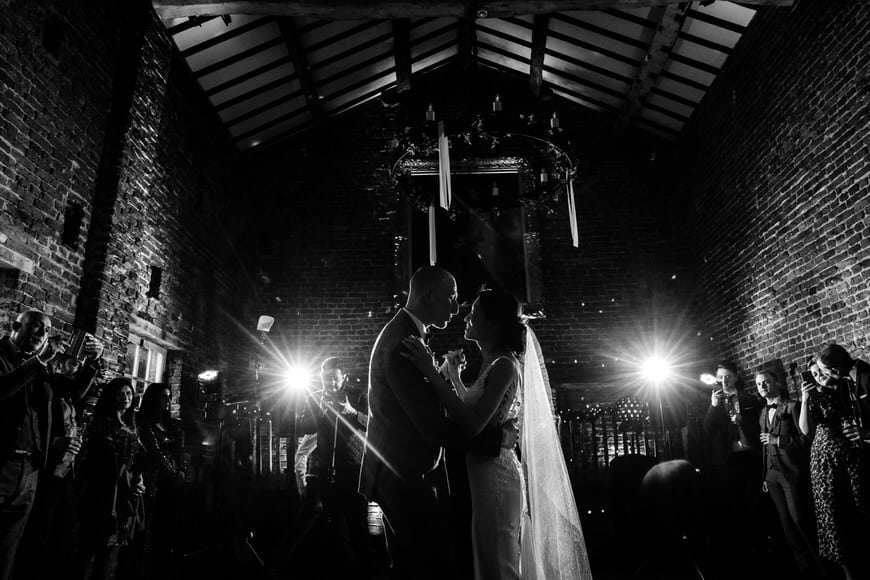 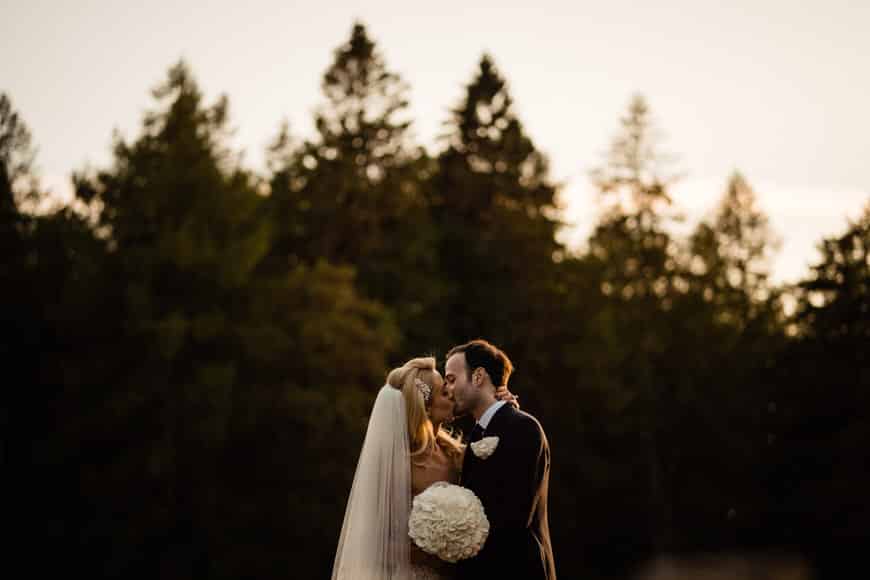 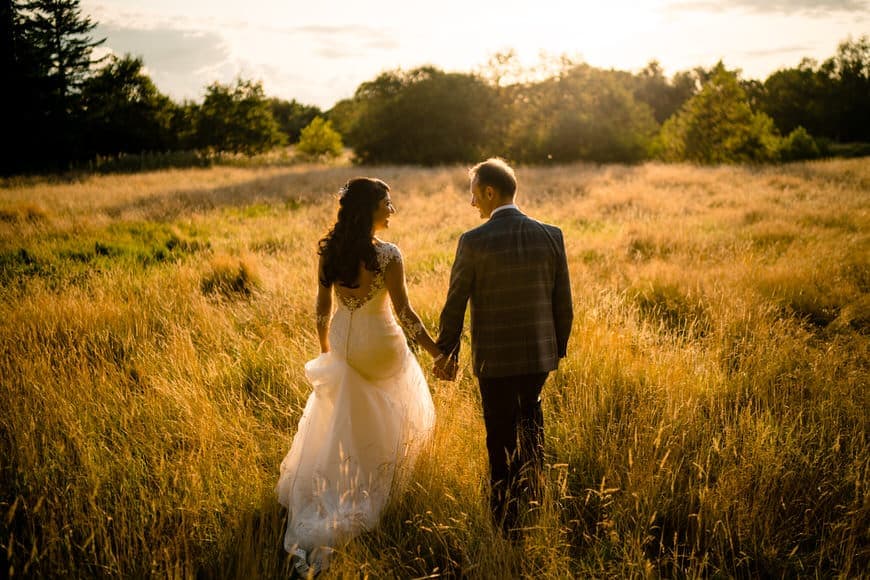 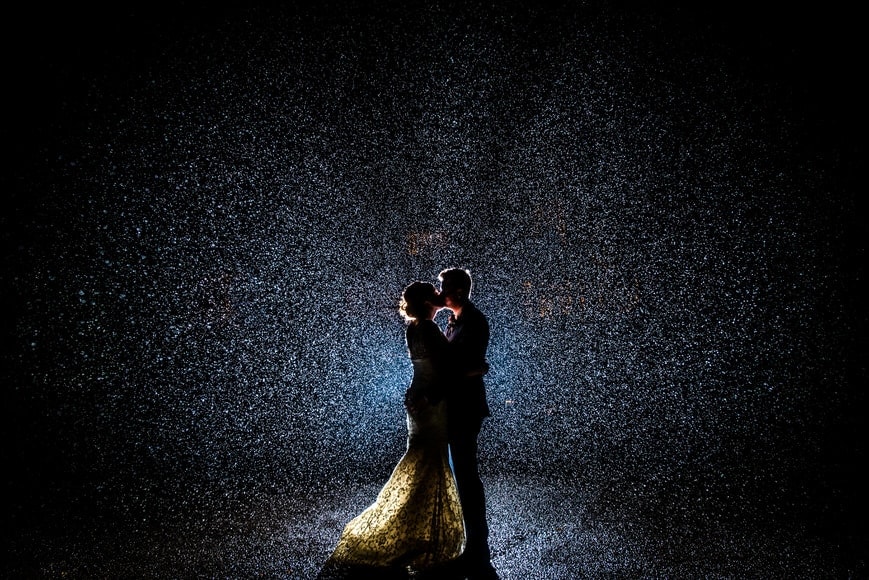 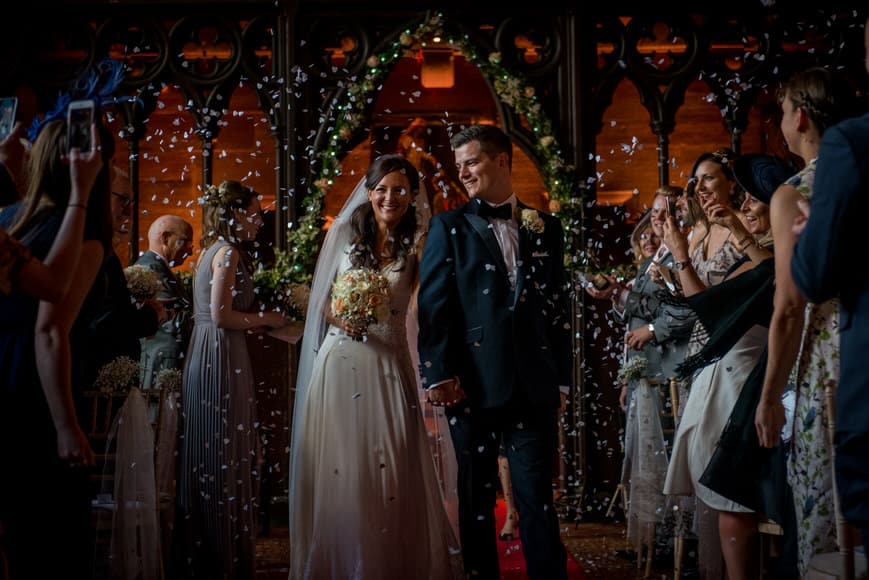 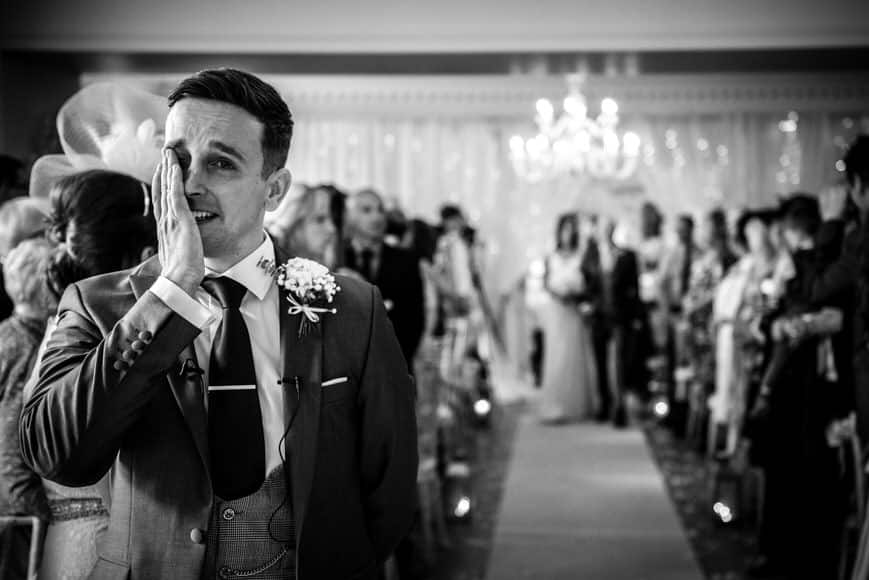 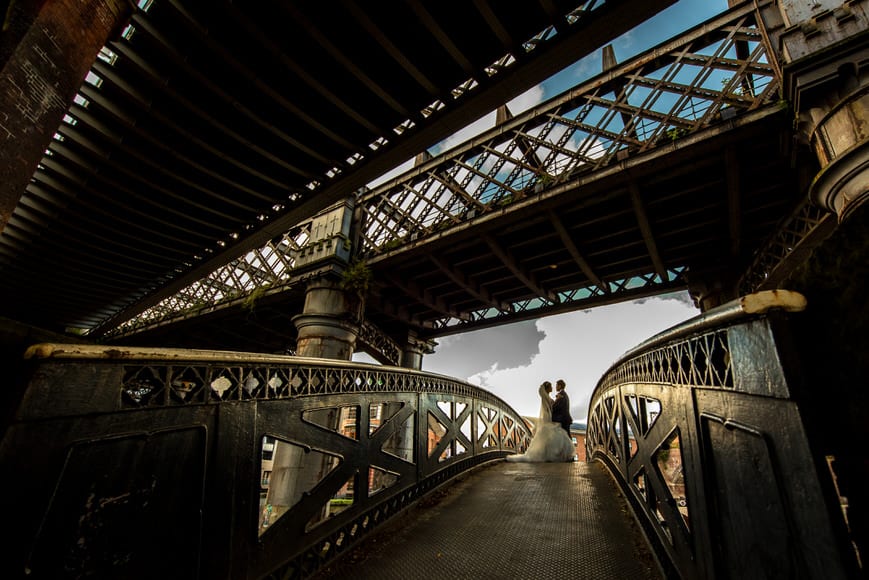 Hi, I’m James and I’m based in the hills north of Manchester in the U.K. I live in an old farmhouse with my wife, my two little girls and two permanently hungry cats.

I started photographing weddings seven years ago and have now shot over 300 weddings all over the UK and internationally, shooting in Italy, Ibiza and New York.

Two years ago I started to film weddings and now shoot a 50/50 split of photos and film each year.

I guess I’d describe my style as mostly documentary but I’m not afraid to step in if it will make a better shot. Basically I just want to deliver the most amazing photos for my couples and if I see a nice pocket of light then I’ll do my best to exploit it!

I mainly shoot using natural light; however, if the scene needs flash so be it. It’s all about delivering images that will blow the client away.

When I started out I was a Nikon shooter and shot most of my weddings on a pair of D750s paired with Sigma ART lenses. When the Nikon shutters had finally had enough (at 210,000 clicks) I decided to jump over to Sony as I was wanting to diversify into filming alongside photos.

Sony were the industry standard for filming, and as my shutter gave up the ghost they had just announced the A9, which was a huge turning point for Sony with still photos.

The silent shutter sounded too good to be true, but it really lived up to expectations and I quickly adapted to the Sony system.

I try and travel as light as I can but despite my best efforts my kit bag never really seems to get smaller.

Most of my kit fits into a Lowepro Photostream RL 150. I’ve only just started using this wheelie case after years of carrying a bag on my back and it’s made life so much easier.

Any stuff that I can’t squeeze into that goes into my 10-year-old Lowepro Fastpack 350 which is built like a tank!

Sony A9 – My main photography workhorse body. This was my first Sony after switching from Nikon and it really made a huge difference to how I shoot.

The silent shutter is fantastic and being able to see my exposure on the EVF has meant I don’t have to think about the technical side of the shot, I can just concentrate on the moment and the scene.

Then came real-time tracking. I rarely get an out-of-focus shot, it’s exposed how I want and I’m not machine-gunning my way through quieter parts of the wedding like I did on a Nikon. The A9 is a superb stills camera.

Sony A7III x 2 – As I offer both photography and filming I needed a camera that could do both. Just as I was considering the A7RIII, Sony announced the A7III – so I got one on launch day and a second one a few months later.

The A7III is 90% of the A9 for stills and with the ability to shoot in Cine profiles, it is a superb all-rounder for me and my business. For the money, I think this is the best pound for pound camera on the market at the moment.

Sony A6300 x 2– I managed to grab one of these super cheap with a Sony cashback deal before I bought the second A7III. For photos I could use it should I need to, but it mainly comes in handy for the filming jobs as it shoots fantastic quality 4K and is ideal as a locked-off camera when I am filming speeches or service.

Sony 35mm Zeiss f/1.4 – This is my favourite lens for stills work. When I first moved to Sony I took a while to take to this lens having come from a Sigma ART 35mm f/1.4 (which I loved), but it won me over with its sharpness, speed of focus and image quality. Paired with the A9 this is my go-to focal length and it’s the perfect combination for weddings.

Sony 85mm f/1.8 – I read so many reviews of this lens comparing it favourably with the f/1.4, so for a fraction of the price I thought I would give it a go. Two years later, I haven’t missed using an f/1.4 and find the images from this bargain lens to be amazing for the money.

Having come from the Sigma Art 85mm f/1.8, the Sony is much smaller and lighter yet the image quality is outstanding. This tends to sit on my A7III for stills work and is a favourite focal length for portraits.

Sony 24-70mm GM f/2.8 – Although I personally prefer primes, I’ve always had a 24/70 zoom in my kitbag. If I ever had to shoot a wedding on one lens, this would be the lens. The image quality is amazing and it’s perfect for weddings where I am locked into one position or there isn’t much room. It is a big bulky lens compared to my other kit, but it’s such a useful lens to have for photos and filming.

Samyang 18mm f/2.8 – When I want something a little wider for the dancefloor, 18mm is a great focal length to get into the action with. It’s not as robust as some of the more expensive 18mm lenses out there, but the price is great and the images are brilliant from the lens. When I only need it for a small portion of the day, this lens does exactly what I need it to.

I will also pair this with a DJI Ronin SC on an A7III for gimble shots when I am filming.

Loxia Zeiss 50mm f/2 – This lens is mainly used for filming as I prefer 50mm focal length and the images are stunning. It’s a manual focus only lens so isn’t one I would use for photography on a regular basis, but as the Sonys are so easy to manual focus on, it’s a great option for the couple portraits when the pace is a little slower.

For filming, this is a real quality lens; the image quality is beautiful. With the APC crop mode on the Sony I can use this as an 80mm too with no loss of picture quality when filming, so it’s become my no.1 filming lens.

Godox TT350s x 3 – Small, compact flash guns that don’t weigh much and are quick and easy to set up when I need fill light for the speeches or additional light for the dancefloor.

Godox X1 Trigger x 2 – A couple of these for triggering the TT350s, so far they’ve been bulletproof and are great for changing the flash settings on the go.

Nikon SB700 Flash – I only use manual flash settings and the Sonys trigger the Nikon flash, so it works as well for me as it did on my D750s.

SpiderPro Belt – Personally I prefer my cameras on my hips and this belt has been in my kitbag for four years. Really well made and great customer support from the team if you need to replace parts.

MagMod – I use the two grids for creative flash work and for directional light for the speeches when I need a little fill flash. It’s a great bit of kit, easy to use and allows me to try something new at each wedding.

Sony TX650 – These are used for film work to capture the audio. I usually tape one to the microphone and have a second one popped in the pocket of the speaker. Although a lav mic is slightly better quality, the Sony TX650 is so much quicker and easier to use and with a little work in post-production sounds great on wedding films.

Zoom H4n Pro – Audio recorder for my film work. You can never have enough backups. I usually leave this on the table close to the service and speeches. It’s saved me a couple of times when the speaker stops using a microphone or takes their jacket off mid-speech.

I also use it to record certain parts of the day that I may want to use in the full wedding film (live musicians usually).

Giotto Rocket Blower – Mirrorless cameras have a habit of picking up the dust quite easily so this is an essential bit of kit in my bag.

ThinkTank Pixel Pocket Rocket – This is attached to my pants so my memory cards never leave my side!