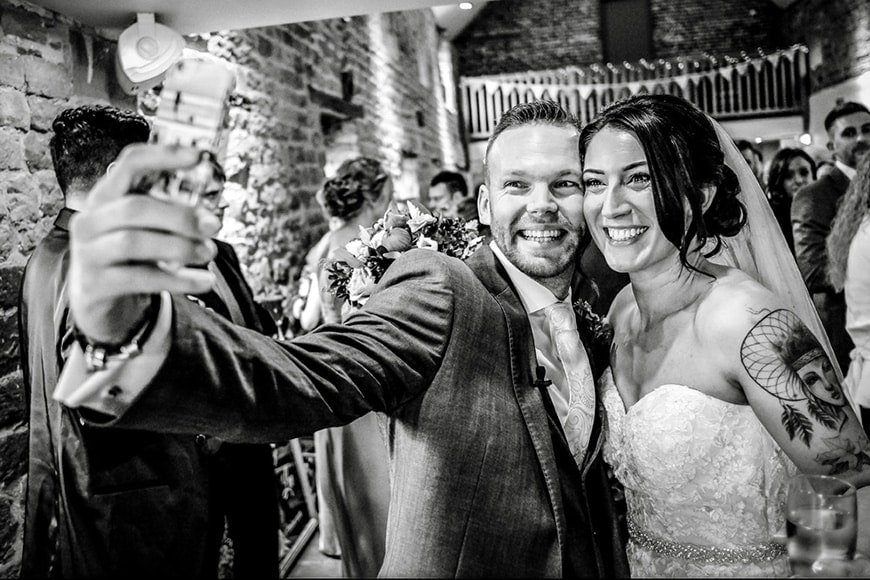 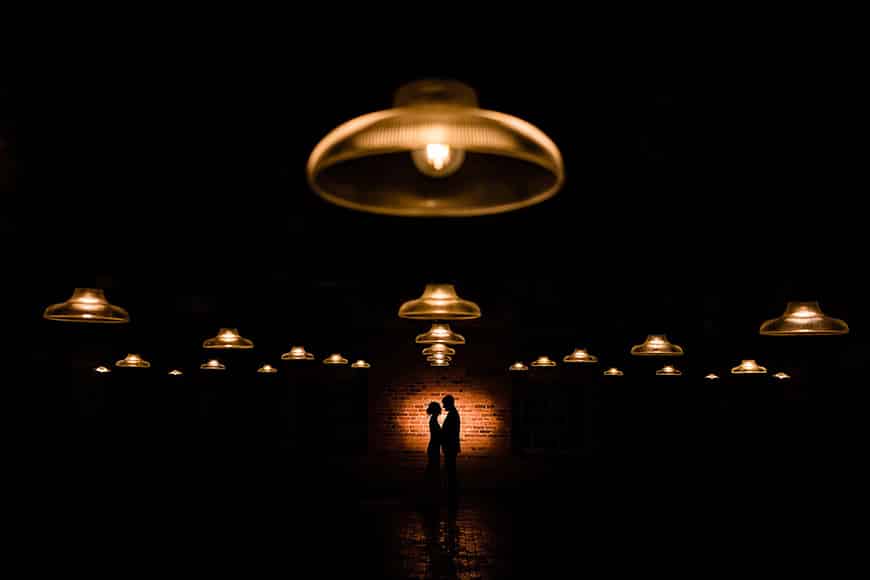 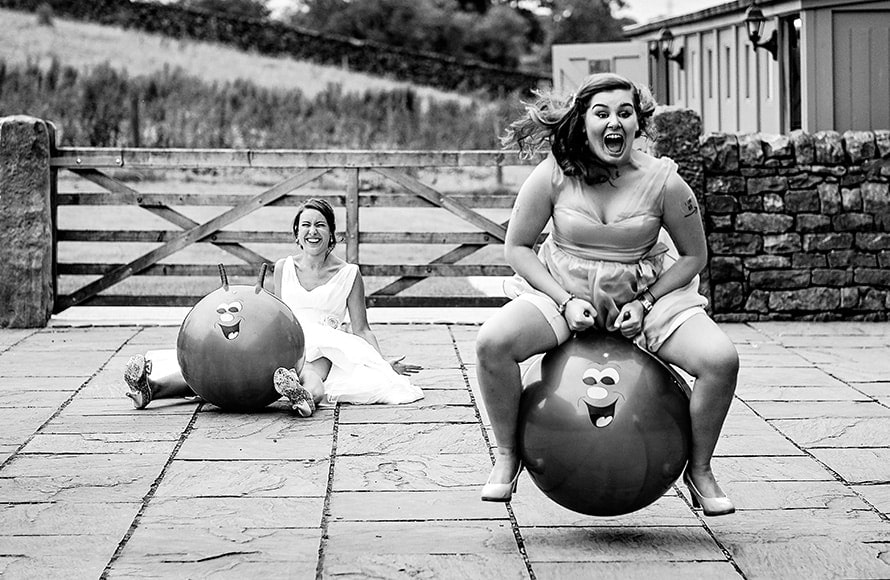 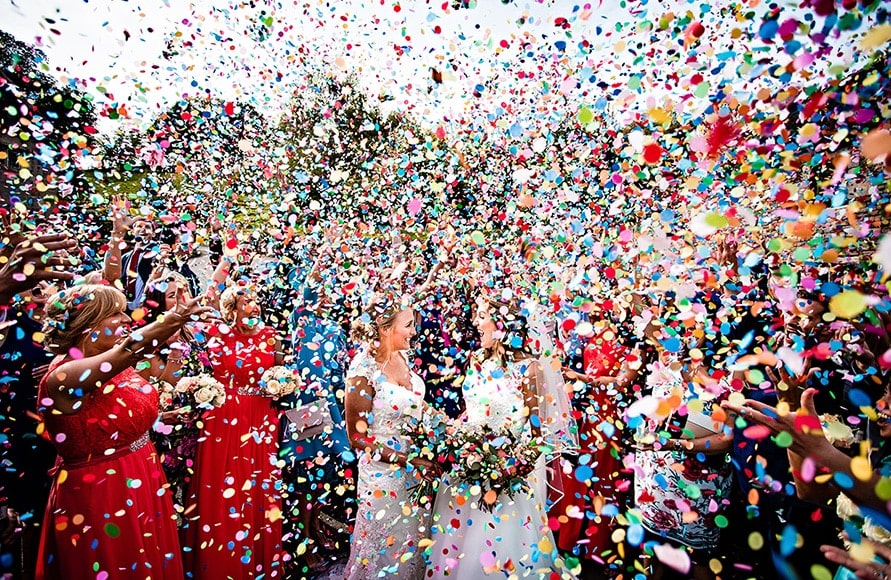 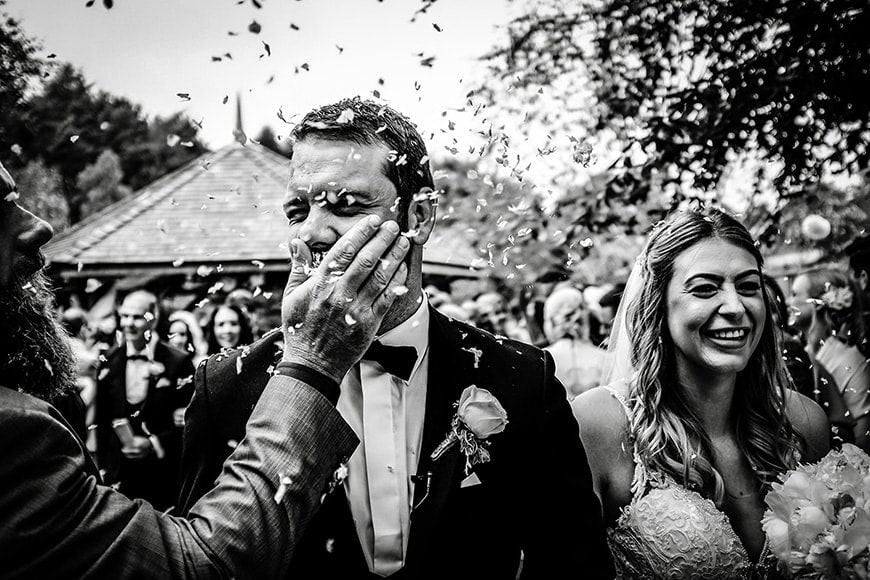 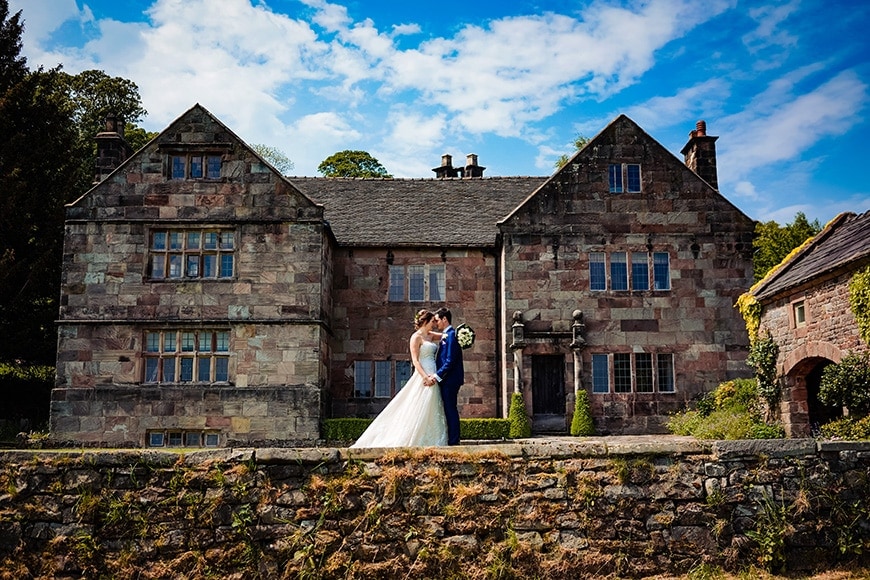 I started shooting weddings eight years ago now and have shot around 350 weddings, mostly around the North West and Midlands. I also offer a select number of highlight videos each year as well as a unique stop motion video offering.

Like the majority of photographers nowadays, I mainly shoot in a documentary style. But I also like to spend a little time, on the day, capturing some more constructed portraits. I mainly steer towards environmental portraits, where I like to find compositions with the venue or surroundings and place the couple in the frame. I’ll use natural light or flash, whichever is best for the shot I’m taking.

I remember how tough it was having to change lenses throughout the day. I’ve never been able to use zoom lenses, my mind can’t cope with making decisions on which focal length to use, as well as composing and focussing, very well.

I transitioned from the 7D to Canon 5D Mark II, and then, eventually, Canon 5D Mark III and I shot with those for a few years. I then picked up a Fuji X100 and really enjoyed how small and silent it was.

That led me to transition to two Fuji XT1s which I shot alongside my Canons for three years. I would use the Fuji’s when I was capturing the documentary part of the day and then switch to my Canons for the portraits. I always felt like the lack of a full-frame sensor really prevented me from fully transitioning to Fuji.

Once the Sony A7III came out, I bought two immediately after trying them. Finally, I had a small form factor mirrorless camera with a full-frame sensor that wasn’t hugely expensive like the A9 was at the time.

The added bonus of the Sony A7III being so good at video also made it a no brainer. I still have a few of my Canon lenses and I use these alongside my Sony lenses with the Sigma MC11 Adapter. Whilst the focus is certainly not as good as native, I find it works perfectly for the part of the day I bring those lenses out.

I have a slightly unique way of working when I shoot weddings, in that the majority of the time I have three cameras on me, one each on both my hips using Black Widow Holsters and a third camera around my neck.

I always have my lenses going from wide on the left to tight on the right with a middle ground lens in the middle. I find this just works for me because I make a choice of wide, medium or long for the scene in front of me and then grab the camera on the left, middle or right appropriately. My brain has just grown to work that way and I find it keeps things simple for me.

I carry all my cameras and lenses in a Lowepro x100 Roller Case and my flash gear in a bog-standard Amazon Basics Bag.

Sony A7III x 4: I have four of these because I sometimes shoot photos and video and I need the extra bodies to cover multiple angles using static cameras. This is definitely the best camera I have ever owned in terms of functionality. It just works perfectly.

The electronic shutter is good enough for the small amount of times I need it, I don’t feel the need to upgrade to an a9 and spend the extra money when this camera has 90% of the a9 in it already.

Sony 85mm f/1.8: A fantastic portrait lens and nice and small. I have this on my right hip for most of the day. I’ve never felt the need to upgrade it to the larger f1.4 version of the 85mm lenses you can buy for Sony E-mount cameras. I find f/1.8 is more than shallow enough for what I need.

Zeiss Batis 25mm f/2: This is, without doubt, the lens I use the most. I like shooting wide and getting really close to the action so you get all that context in the photograph. It’s not an easy focal length to shoot with when you first start out as a wedding photographer because it requires you to be brave and get in close otherwise you end up with a lot of very boring photographs.

Sony 35mm f/2.8: I own this lens purely because of its size and weight. This is the medium focal range lens that I wear on the camera hanging from my chest. Whilst I do miss the extra stops of light you get from the 35mm f/1.8 and f/1.4 lenses, it’s a compromise with size and weight.

Sigma MC-11 Adapter: This adapter is used to bring my three Canon lenses to my Sony setup. Overall, I think it is a fantastic piece of kit. There are two downsides. Firstly, the focus is slower for moving objects so you wouldn’t want to use it for motorsport or pet photography. The second is low light, it does struggle to focus in low light compared to using native lenses.

Canon 135mm f/2: This was, in my opinion, the best L lens Canon ever made. It’s a beautiful portrait lens, so fast to focus and creates stunning images. I’ve had it all my professional life and I won’t ever get rid of it. I bring it out for portraits and speeches.

Canon 200mm f/2.8: I rarely use this lens. Usually only for video when I’m at the back of the church. It’s a great lens for its use but it doesn’t have the versatility of the 135mm.

Godox V860II-S Speedlites x 2: These are a great third-party speedlite. They work seamlessly with the Sony system and they have a rechargeable battery, rather than using AAs, which I really like. The battery usually lasts me 3/4 weddings at a time.

Godox XProS Triggers x 2: Very reliable triggers that fire the speedlites. You can control every aspect of the speedlite remotely so it makes a perfect tool for off-camera flash.

Novoflex Suction Cup Flash Mount: This is a brilliant bit of kit for getting speedlites in places you need them for bridal prep. The suction cup means you can stick the speedlite to mirrors and windows and then angle it to the subject.

Selens Grid: I used to have MagMod MagGrid but I lost them so I purchased the Selens version which is like 1/4 of the price. The only difference is that the magnets aren’t as strong. But they are plenty strong enough for grids and gel holders.

Selens Sphere Diffuser:  This is quite a new piece in my bag and I’ve only used it a handful of times. It just slightly softens the light without having to go to the effort of using a softbox. For the number of times I use it, it seems to be perfect for me.

Sony TX650 x3: These are very handy mics. So easy to clip on to people and move around. I use these for when I’m filming.

Zoom H1 x3: These are great little tools for capturing ambient audio as well as attaching lav mics too when I need higher quality audio or if there are more than three people speaking.

Rode Videomic: I use this for on-camera backup audio. You can never have too many mics around.