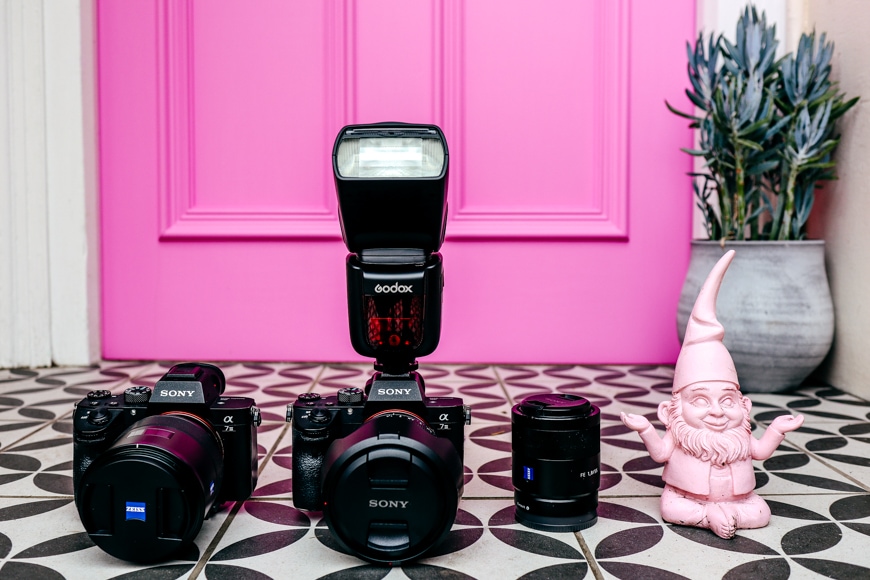 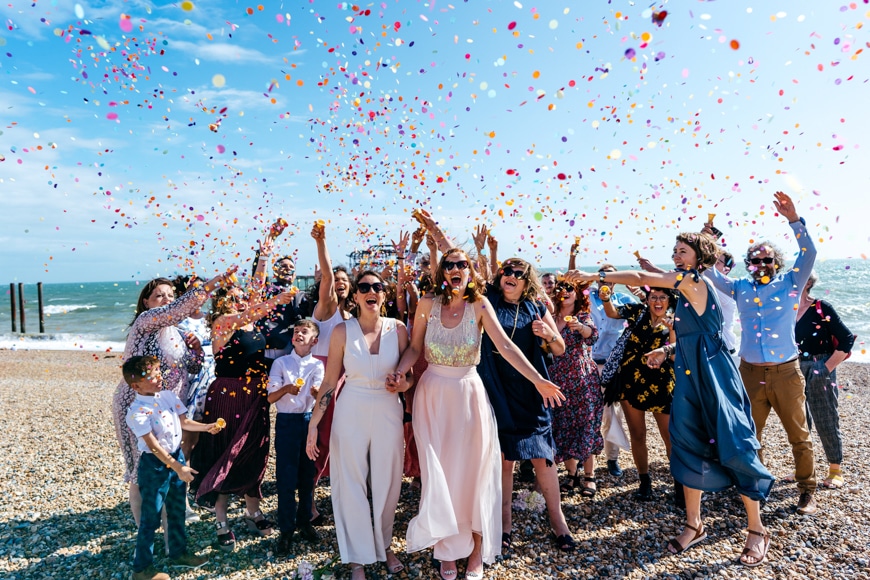 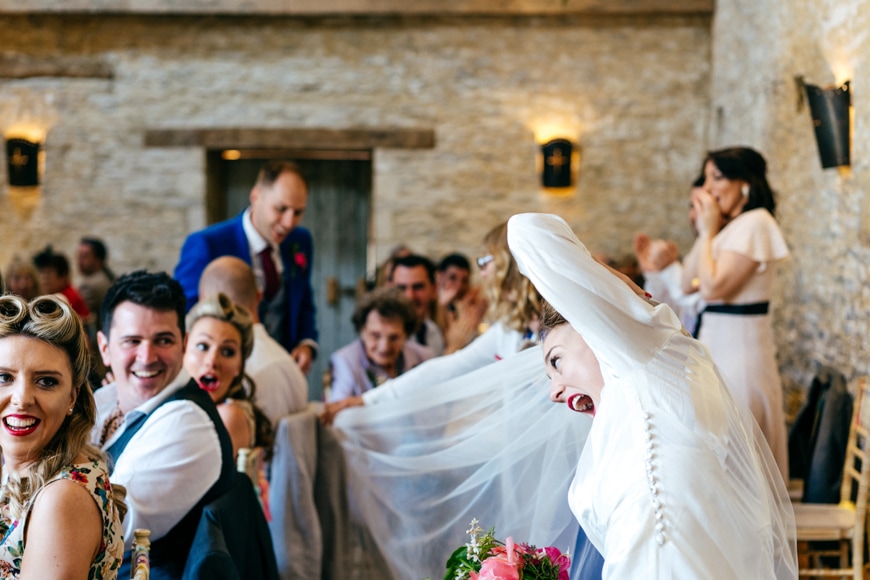 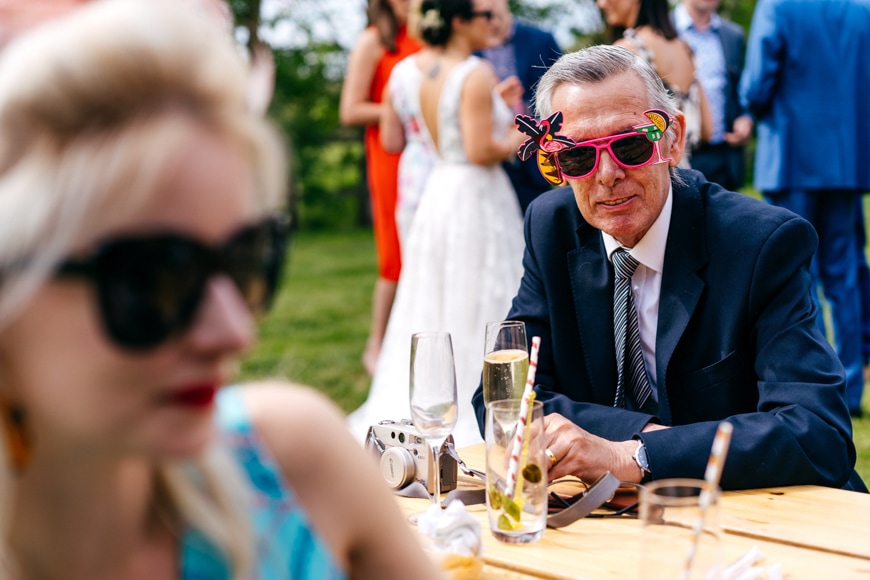 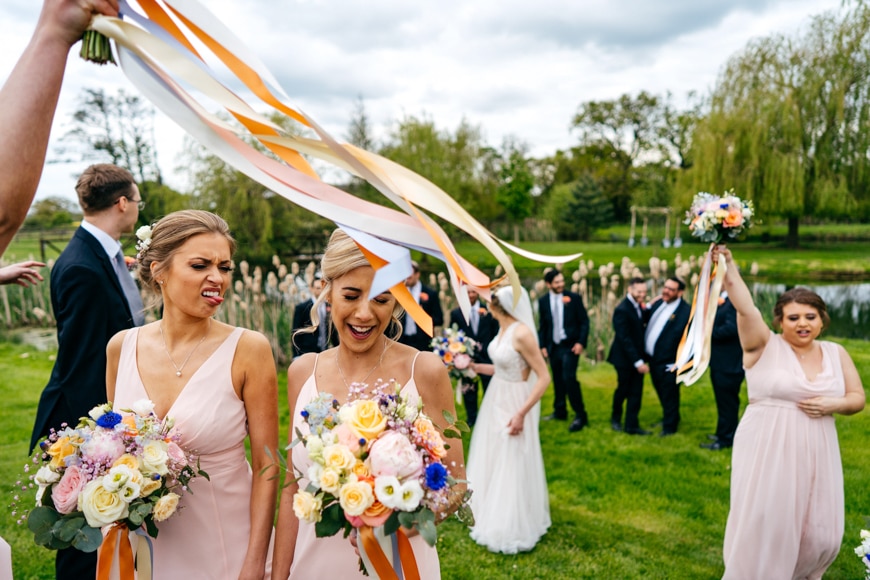 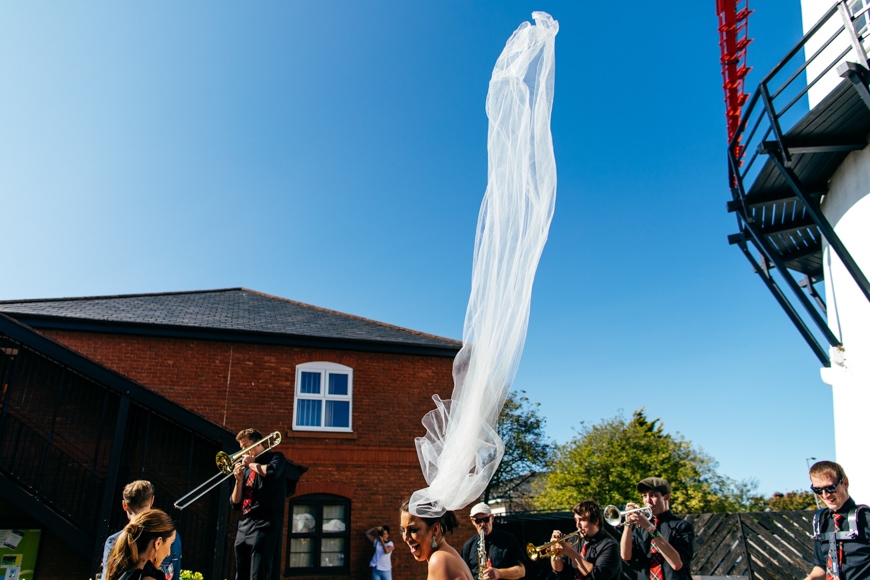 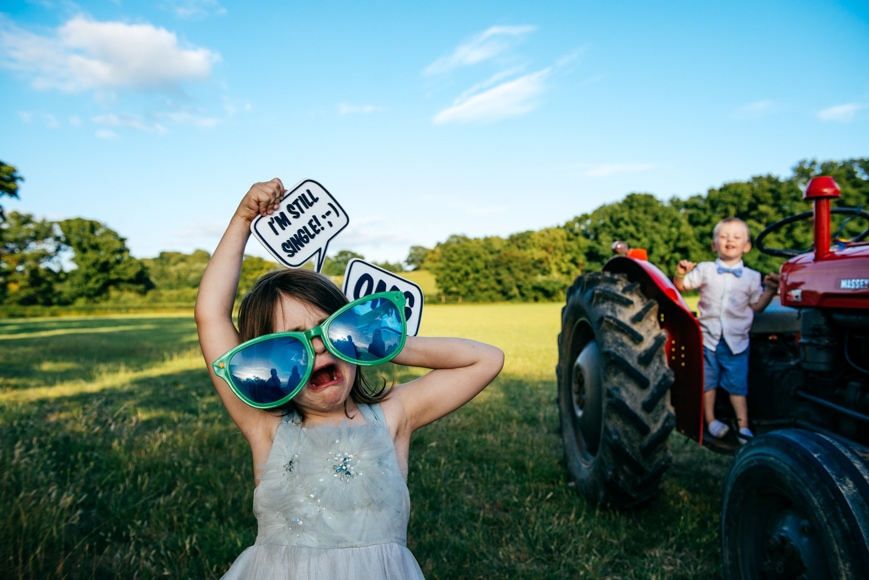 Hey, I’m Jordanna Marston, a colour loving documentary style wedding photographer serving London, the rest of UK, and Europe. This is my eighth full-time year in business after leaving a teaching career once my son came along in 2012.

I feel very lucky to be able to do a job that brings me so much pleasure – creatively and socially.

I was always a Canon girl. I shot my first weddings when I was a student, on film, using a Canon EOS 50E – remember them?! – it was cutting edge tech at the time!

Much later on, when I began investing in digital gear, I decided to stick with Canon just because it was what I was used to…simple as that.

Then, I started to dabble with a Nikon D750 just to see what the fuss was really about. For a season, I used 2x Canon 5D Mark IV and a Nikon D750 with a 35mm attached.

The focusing on the Nikon and its dynamic range was unarguably better, but I was never sold on the files – in comparison, they seemed so flat and well, brown.

Anyway, the Nikon D750 got shelved and I carried on with the Canon 5D Mark IV until the Sony A7 III caught my eye…

Clearly, I am no slave to a brand – I wouldn’t rule out a brand swap again in the future if it felt right.

Sony A7 III x2: Love these cameras for their ace AF and smaller (than I am used to) size. No complaints! Obviously banding is a massive issue in silent mode if there are LED lights aplenty, BUT, perhaps controversially, I hate using silent mode anyway…

I feel like I’m not actually taking any photos when it is on. I AM OFFICIALLY OLD :-D

Sony 24mm f/1.4: Razor sharp lens that shoots beautifully wide open. This sits on my camera all day long and I shoot 75% of every wedding day on it. It is my workhorse and I’d be lost without it.

When I originally moved over to Sony (this is now my 3rd season using them) this lens wasn’t available so I went for a Sony Zeiss 25mm f/2 instead.

It was a good lens but I feel the 24mm I have now is a clear upgrade. I found the 25mm files a bit dull in comparison. Sometimes, it’s hard to put your finger on why you prefer one lens over another. I rarely take much notice of reviews – it’s personal taste.

Zeiss 85mm f/1.4: I rarely use this lens – it only really comes out if I need a bit more length for speeches. I am considering selling it and buying a 135mm instead.

I absolutely adored the Canon 135mm f/2 and it is the only lens I REALLY miss – the bokeh was beautiful and it was more versatile than you may first imagine. I used to use it during speeches, portraits, and family group shots.

I shoot all day – even winter weddings – with just natural light. I like my images to feel authentic, and I feel the images are more reflective of their day if I only utilise the natural light. Also, shooting in a documentary style for 90% of the day, I find flash to be too disruptive.

Obviously, I will use flash if absolutely necessary and in that instance, I would prefer to bounce the light. I do, however, pop a flash on one of my bodies on the dance floor. I like to grab all the quirky dance moves and funny facial expressions, and I like the look of the pop of flash at this time of the day.

I use a Godox V860II Lithium Flash – it’s great, recycles quickly, and doesn’t have any problems keeping up with me on a manic dance floor. I have two of these in my kit bag, just in case.

Miscellaneous bits and bobs stuffed in my bag…

My bag, since moving to the much smaller and lighter Sony kit, has been the Amazon Basics Rucksack… cheap as chips and totally adequate to keep my gear safe. Useful for London weddings too when I am racing from ceremony to party venue in the city.

No one wants to be shooting and trying to wheel a wheelie bag at the same time. Well, maybe they do, but not I!

Zeiss Disposable Lens Wipes: Does what it says on the tin.

Rocket Air Blower: The most ridiculous looking thing ever – for removing dust spots from the Sonys.

A plethora of bits otherwise found in a mum’s handbag. I like to be prepared for any eventuality… Plasters, Paracetamol, Dioralyte, Carmex lip salve, Earplugs, Tit tape, spare pair of tights (just in case I get a snag on a bramble of such like), Tampax, Strepsils, a small sewing kit, and a kitchen sink. I jest.

If I could give people starting out – or even established photographers a bit of advice – it would be simply to have the courage to put yourself out there and commit to the style of work that you want to make.

It may not resonate with everyone, but that is fine! Also, always be lovely. This way you will in turn attract lovely couples who get you and allow you to do your thing. Happy days!