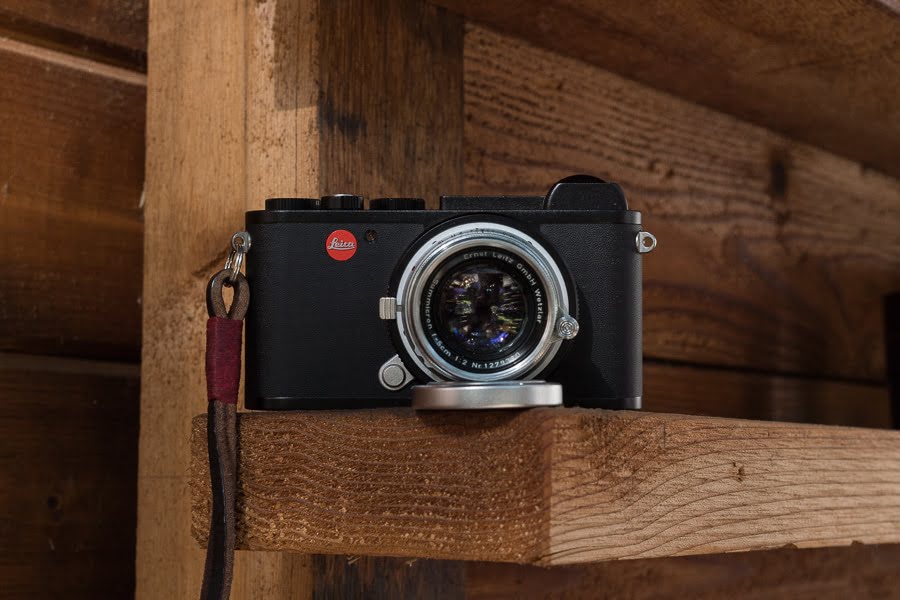 This is a guest Leica CL Review by fashion and portrait photographer Rick Birt of Romeo Bravo Photo.

I’ve used quite an array of cameras and lenses. I’ve owned Canon, Leica, Sony, Fuji, and Hasselblad – see my review of the Haselblad X1D 50c. Therefore, I have an extensive library of shots and experience from most major camera brands.

This is my review of the Leica CL, a pocketable APS-C sensor camera with remarkable image quality.

Drawing it’s size and ergonomics from a Leica classic – the Leica III, the Leica CL is a small and sexy little camera.

It’s actually the smallest camera I’ve owned (including the m43 Olympus Pen-F, which I reviewed here).

I’ve been going through a phase where I value 3D depth in my images. I sold my Fuji X-Pro2 kit because I felt the images where “flat” compared to my other larger-sensored cameras. So I was a little apprehensive about going back to an APS-C camera.

However, the appeal of owning a Leica “Mini-M” with a built-in EVF, and Autofocus was too strong. 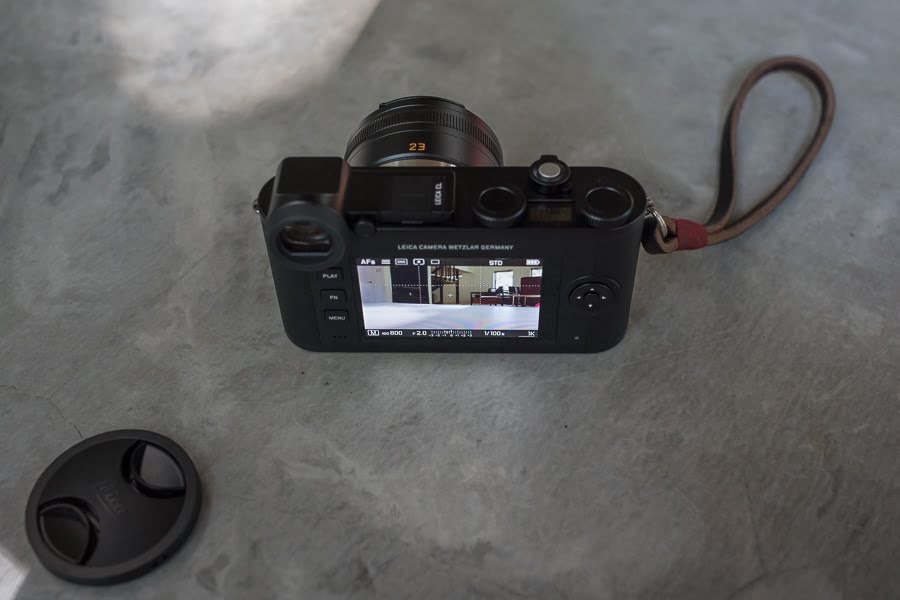 The Leica CL is 353g of solid sexiness! I’ve had several comments on how cool it looks. I also had one model ask if it was a film camera. The body is made of magnesium, and the top and bottom plates are made of anodized aluminum. Finally, it is made in Germany and zee Germans make gut scheisse!

If there’s one area the Leica CL fails to impress, it is on the spec sheet. The specs aren’t bad by any means, they are just about the same as every other top APS-C camera. It’s just that given its price, and release date, one might expect class-leading specifications. Instead, the Leica CL provides great images along with a great user experience.

I have been burned quite a few times buying a camera based on specs, and I’ve vowed never to let specs get in the way of enjoying photography again.

With that out of the way, the Leica CL is a 24mp camera that can shoot at 10fps until the buffer fills at 33 DNG (raw) images. Max shutter speed is 1/8000s with the mechanical shutter, and 1/25000s with the electronic shutter. It has a touch-screen, and shoots 4K video @ 30fps.

The menus are a breath of fresh air. I would describe them as minimalist and tidy. The Leica CL menus aren’t quite as intuitive as the TL’s, but they are still wonderful compared to other cameras I’ve used (Sony being the worst).

The CL’s menu looks quite a bit like the M (type 240) that I had. However, there have been a lot of improvements. The most glaring is the favorites menu. I rarely have to go searching for a setting because I now have everything I need on the favorites menu.

The CL is also the first Leica that I can fully operate without taking my eye from the viewfinder. With the other Leicas I’ve had, there always seems to be one setting or another that required me to disengage and actually look for the dial/button.

This could be due to the fact that I only give cameras a few weeks to grow on me, and if they don’t – I get rid of them – nonetheless, I was able to learn the CL very quickly. 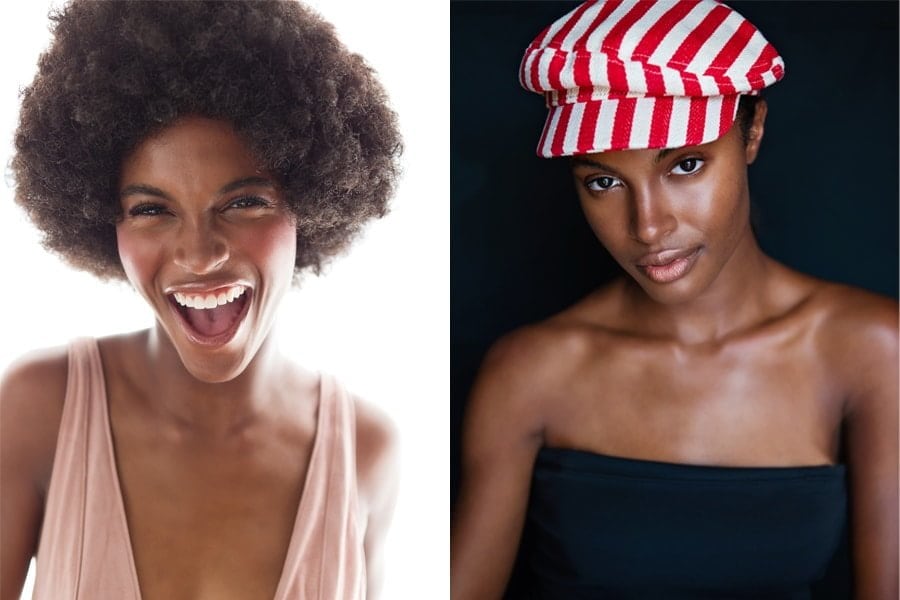 As previously noted, I was a little apprehensive about going back to an APS-C camera. I was truly shocked when I took some comparison images using my Leica CL, Leica Q, and Sony a7R III.

The files from the Leica CL have just as much depth, detail, and micro-contrast as the Leica Q and Sony a7R III!

In fact, the only differences I could note were differences in auto-white-balance, and a dynamic-range advantage for the Sony. Those pics are pretty boring, so I won’t publish them with the review, but you can view them here if you’re interested.

For the record, I’m under no delusions that Leica has found a magic APS-C sensor… I realize that the native Leica TL-lenses are doing a lot of the heavy lifting.

I wasn’t expecting much here because Leica digital cameras are never class-leaders in Dynamic Range. However, I was able to push and pull more than I thought I’d be able to after this sunrise shoot. 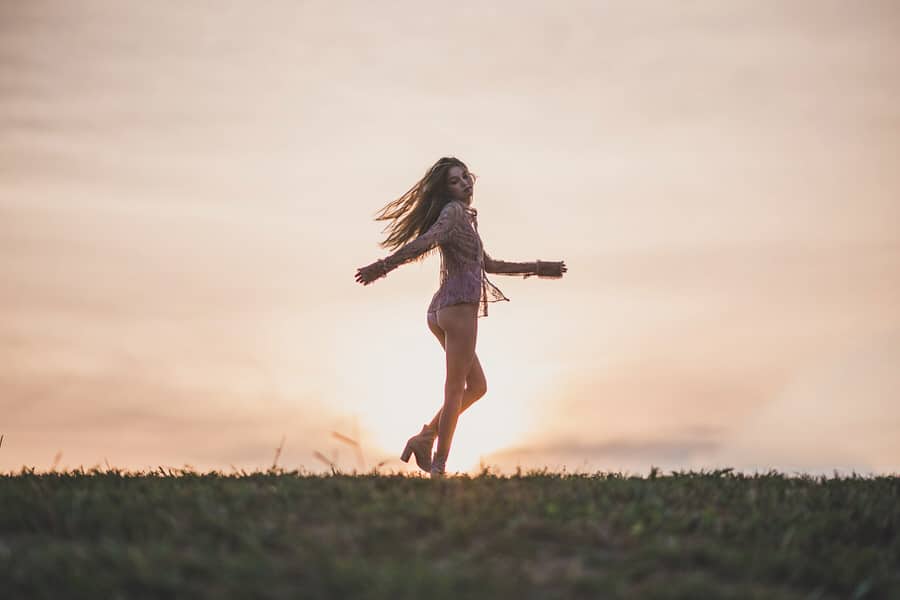 So I headed over to Bill Claff’s website to double check, and the numbers support my findings. The Leica CL has better Photographic Dynamic Range than the:

Look at you Leica! You’re catching up to the big boys!

After flicking the power switch, it takes about a second for the Leica CL to start shooting. It’s not instantaneous, but it is faster than the Sony a7R III, and much faster than my Hasselblad X1D.

The first time I tried a continuous burst using Continuous-AF and the AF mode set to “tracking,” I had a model spin for me. When looking through the EVF, I didn’t think the hit rate was very high. So I tried the same test with my a7R III, and it seemed to do much better.

However, when I got the images into Lightroom, I was surprised to see that the Leica actually did better in my test! Here is a time-lapse of 25 consecutive frames from the CL…

Overall, I have been very pleasantly-surprised by the performance of the Leica CL! 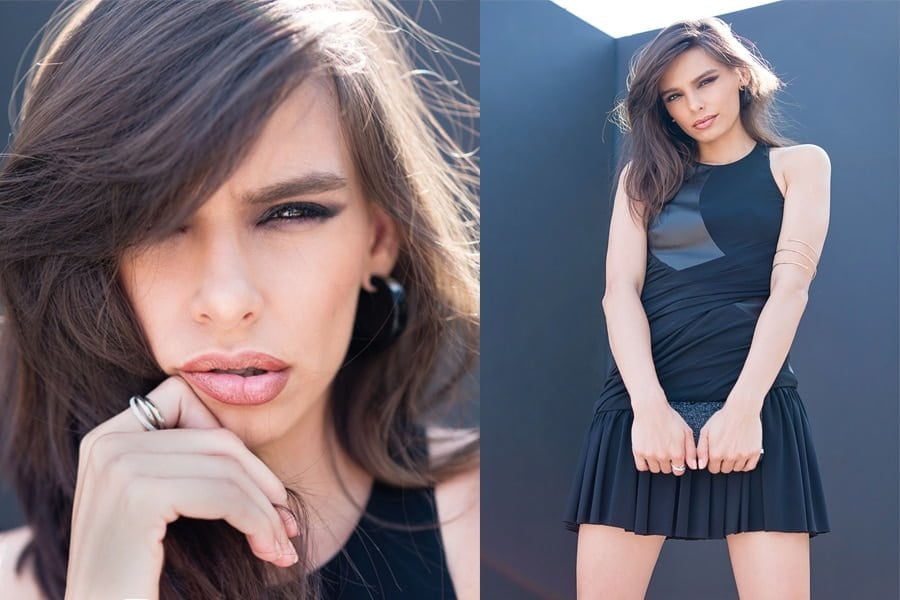 The Leica Summilux TL 35/1.4 is an absolute razor blade. Even wide-open, it is tack-sharp at the point of focus, and a beautiful blur everywhere else. If you are only going to get one lens for this camera – this should be it. It is on the big side (in relation to the camera), but it is SOOOOOO freaking amazing…you won’t regret it.

The Leica Summicron 23/2 is the baby bear of my Leica CL lens trio. It is juuuuust right! It is small, light, very sharp, and has really nice bokeh. I really like this 35mm equivelent! 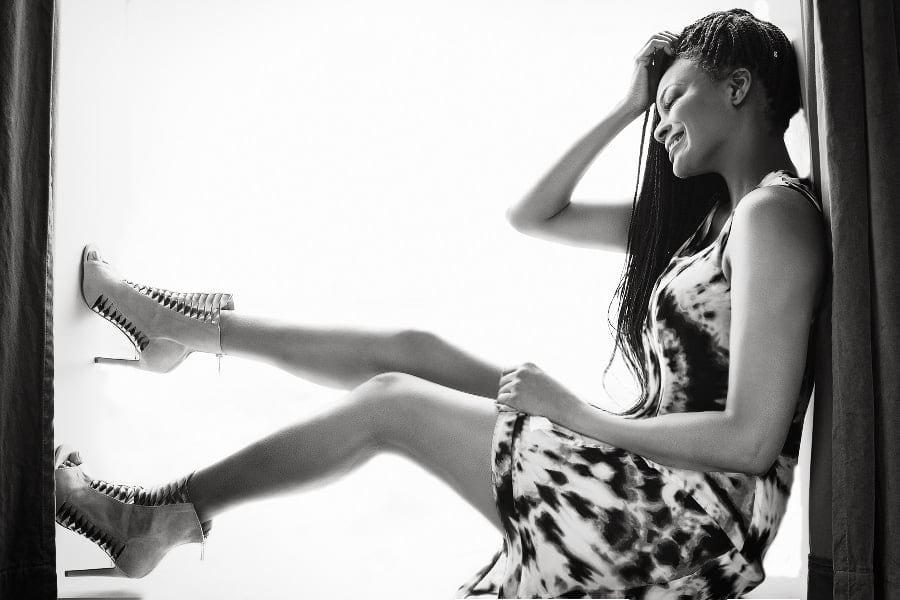 I got the Leica 18/2.8 as part of a package with my CL. It is considered the CL’s pancake lens. It is extremely small, and light. At an equivalent focal length of 28mm, it directly competes with my Leica Q – and from my tests performs almost as well. I’m actually having a REALLY hard time justifying keeping my Q…but I love it too! 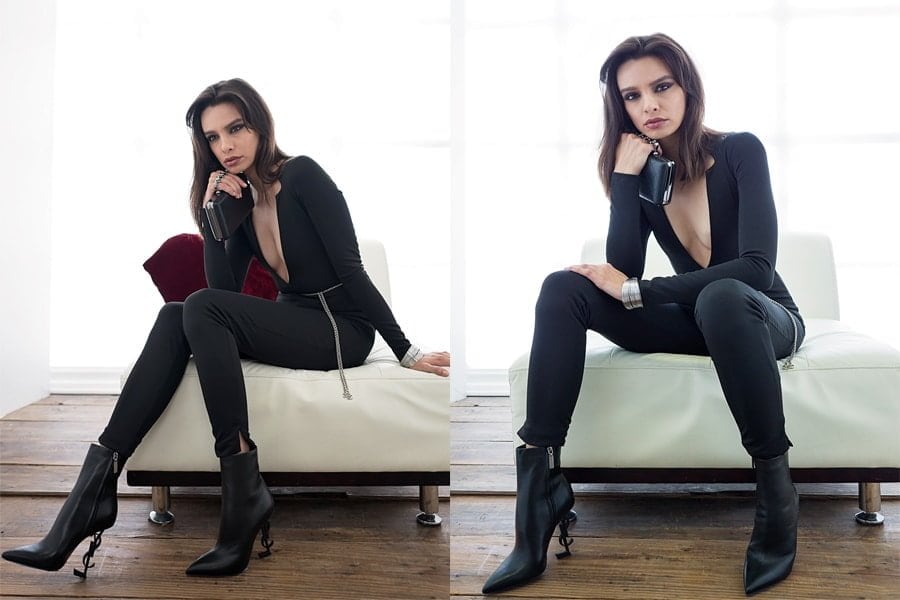 If you want to adapt your Leica M glass (and if you have M glass, I strongly recommend it), this overpriced piece of metal is your only option. I was fortunate enough to get the Leica M adapter L for free with my Leica CL purchase (the deal is still going on at B&H here).

I have been using a couple of my classic 50mm Leica lenses, and I love the soft and dreamy results. 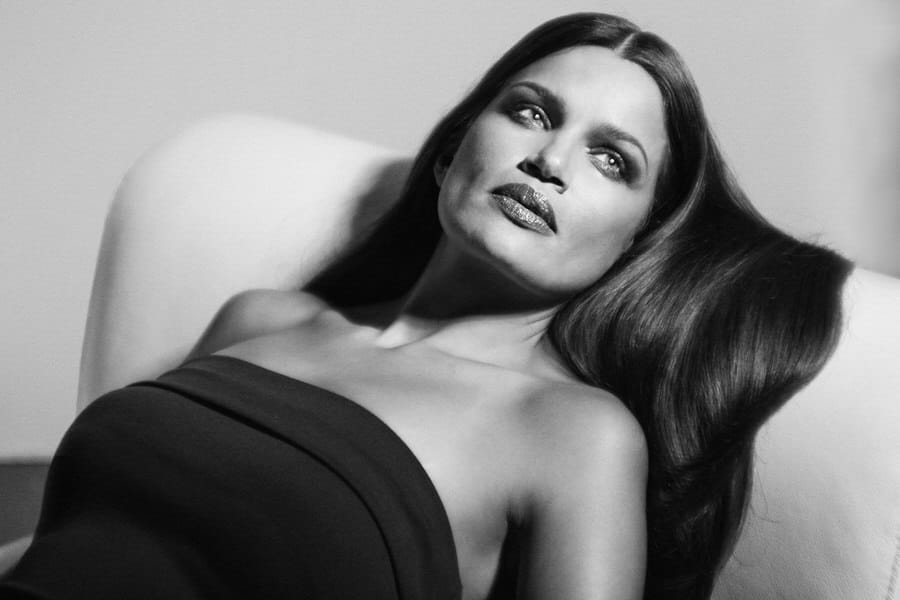 I’ve heard they are great, but I strongly dislike zooms – so I haven’t used either of them.

I always buy one of these wrist straps for my cameras. They are great quality, and they are pretty cheap compared to the alternatives. I got one with black leather and red thread for my CL.

Value is tough to rate for this camera. At around $2800 (see latest price here), it is the most expensive APS-C camera available.

Admittedly, you have to want a Leica to justify buying the Leica CL, and if that’s the case – it’s worth every penny.

I actually view the Leica vs Camera-X debate the same as a Mac vs PC debate. Apple products usually cost more while offering lower specs than their PC counterparts, but they make up for it in build-quality, ease-of-use, and elegance. This is how Leica has survived for so long – by establishing themselves as a luxury brand.

There are cheaper alternatives, but if you want Leica build-quality, elegance, and their unbeatable lenses – there is no substitute. Moreover, because of its performance, size, weight, feel, and looks – it’s a camera you will just want to take everywhere. 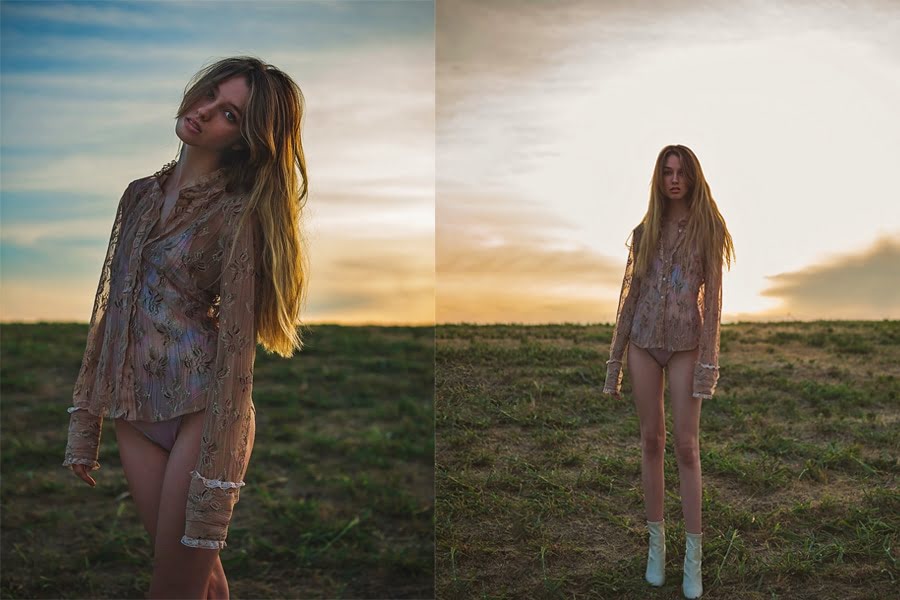 I’ll freely admit that I love Leica cameras and lenses. Am I a fanboy? I don’t think so. I bashed Leica for the lack of EVF in the T/TL. I’m also not a fan of the Leica SL (and lenses) due to its sheer massiveness.

The Leica CL, on the other hand, is a great little camera.

Quite honestly, the CL is everything I loved about my old Olympus Pen-F, but it is MUCH better. So I’ll end this review the same way…

The Leica CL is so small and light that you will never have to ask – “Do I really want to lug this around with me all day?” Due to its gorgeous outward appearance, great image quality, and speedy performance, it’s a camera that you’ll want to have with you.

As others have said before me – the best camera is the one you have with you.