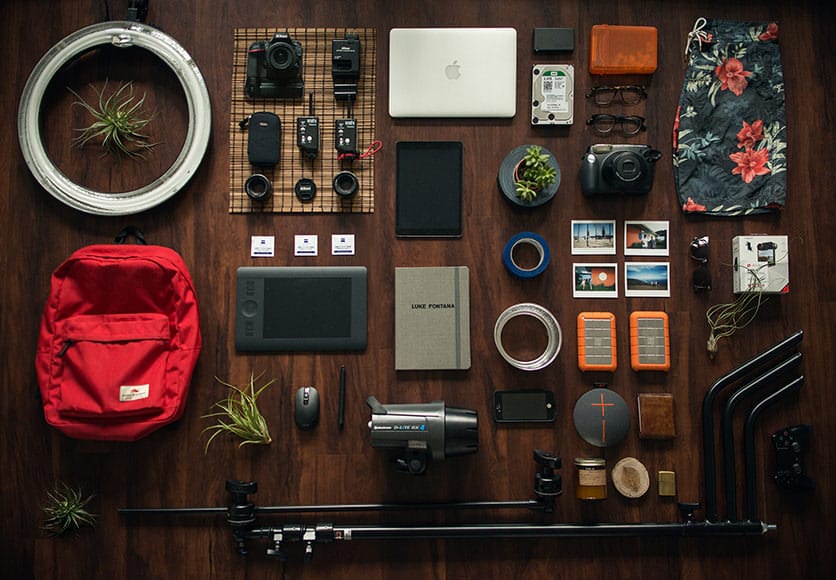 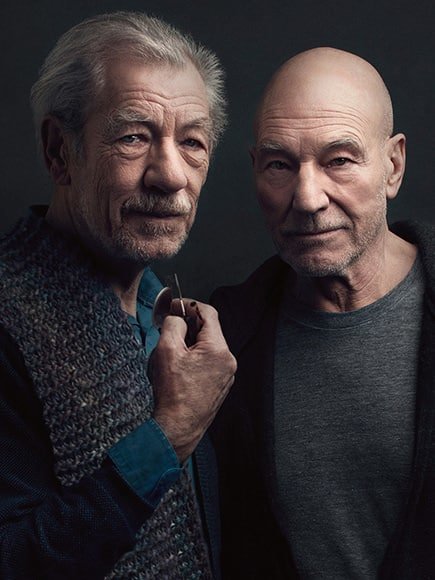 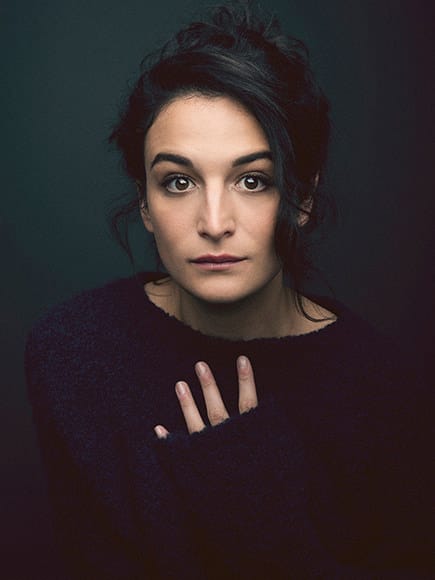 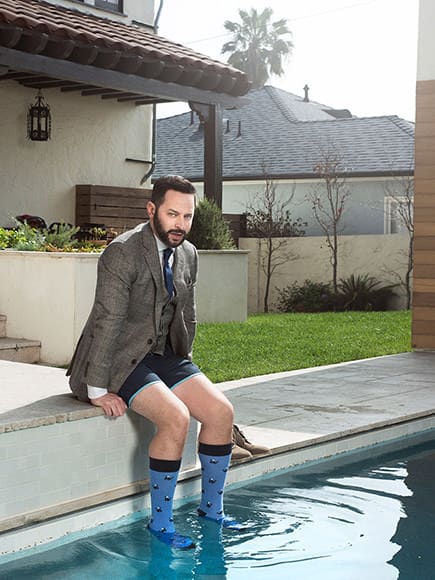 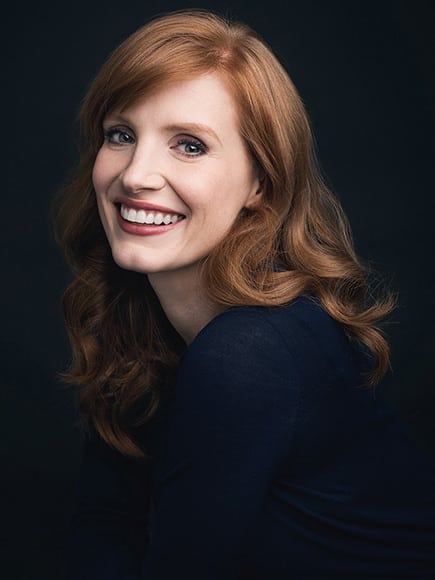 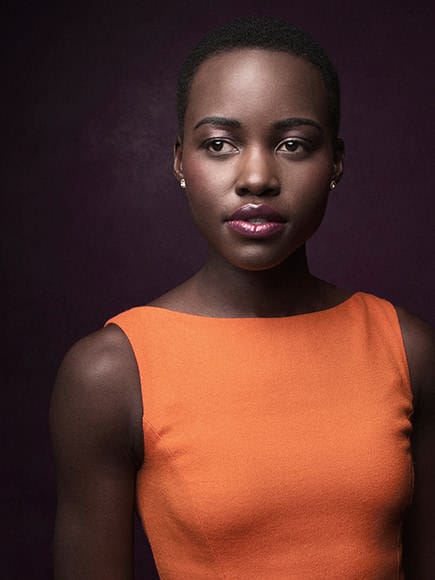 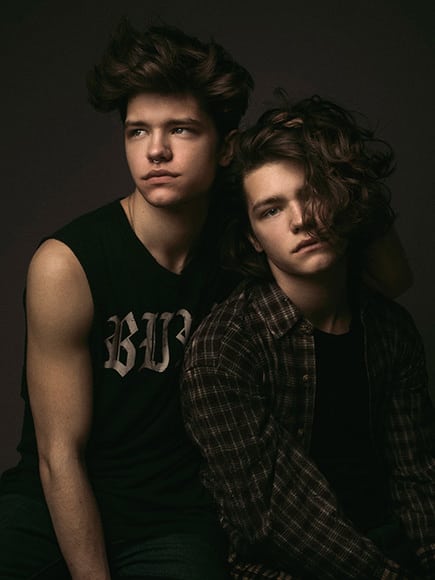 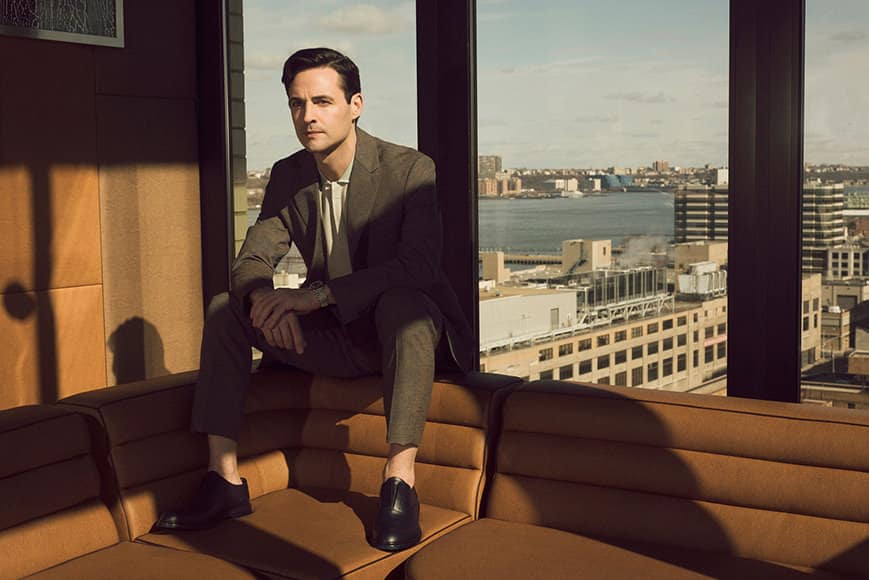 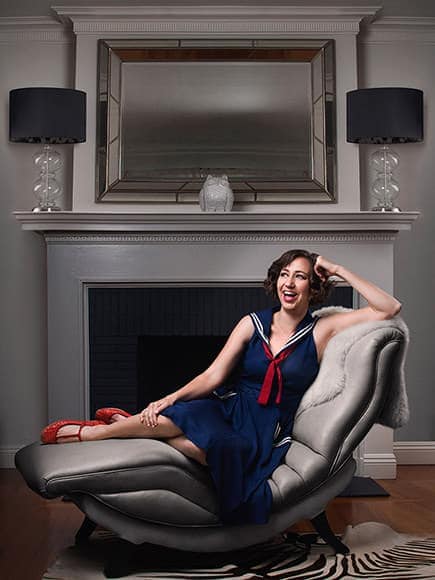 I try to simplify everything I do to the bare minimum. All of the wires in my apartment are in Bluelounge cable boxes

, my phone only has one screen of apps and I use only one light 95% of the time. I use the same lens for most of my shoots and only care about my cameras when it’s time to upgrade.

The only thing worse than clutter is travelling with it. On a typical location shoot, I’ll bring my backpack with one head and one camera, and throw my softbox and lightstand in a soft case that I sling over my shoulder.

I lived in New York City during the first few years of my career and learned to travel light since I took the subway to many of my shoots.

A good number of my portrait shoots take place in small places, also a New York City thing, so I’ve learned to work in a 4’ by 8’ shooting space when necessary. Even if I’m in a huge studio I tend to work with everything fairly close to my subject. I got a place in Los Angeles recently and now spend most of my time here, but the habits have stuck.

When I first moved to New York I was doing lots of test shoots for model agencies but realized that a career in fashion was not for me. To me, photography has always been about the people I am photographing rather than for whom I’m photographing. So instead of making a dream clients list, I sat down and made a list of fifty people I would love to work with, and quickly noticed a specific trend.

Most of the names were people working in comedy. I began contacting stand-up comedians in the city and sent a few of them my portfolio. I worked with a couple and continued moving upwards to bigger names.

and play around with the location for a couple hours. I’m still doing the same project almost three years later and it’s turned into more paid work than any of my celebrity images.

I shoot most of my work with the Nikon D800

. I’ve been a Nikon user since the beginning, it was a random high school decision. I was planning on upgrading to the Canon 5D Mark III

but when the D800 came out, so many people I was meeting on set were raving about it and how they want to switch to Nikon.

You should be as quick and comfortable with your photo gear as you are with your computer or phone, so if something is off during a shoot you can fix it while barely looking at your camera. Any time spent focused on your equipment is time spent away from your subject.

Lately I’ve been flying at least once a month and am usually working when I do. I have a light kit in New York that I use when I’m there, but I bring Lacie drives that I dump my images to and keep one with me in my carry-on, and one in my suitcase. I also dump everything to local hard drives that permanently stay in NY or LA.

I have a Fujifilm Instax 210

that I bought recently for fun, I keep it in my beach bag with some film. It’s fun to bring out at parties and people get to take photos home with them. Photos are useless unless people are seeing them!

for home use with a StarTech reader.
UE Roll bluetooth speaker