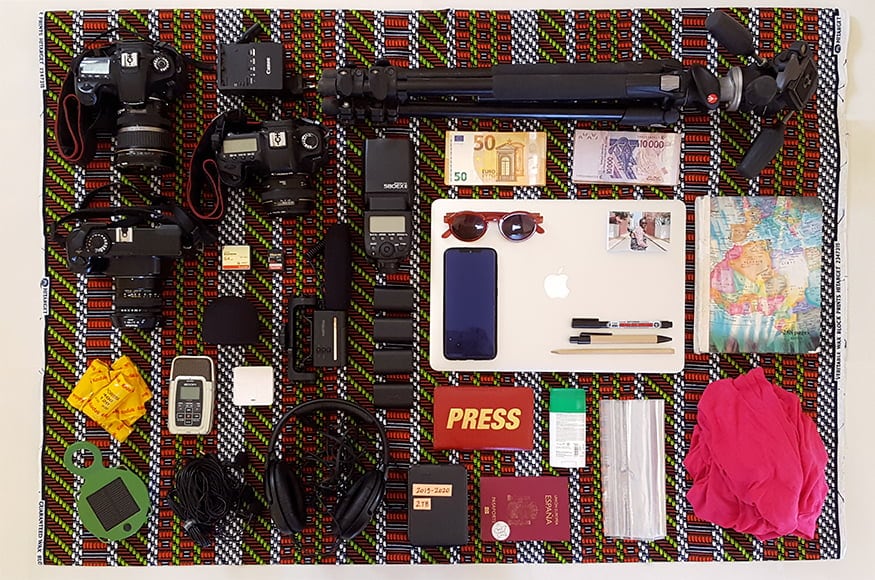 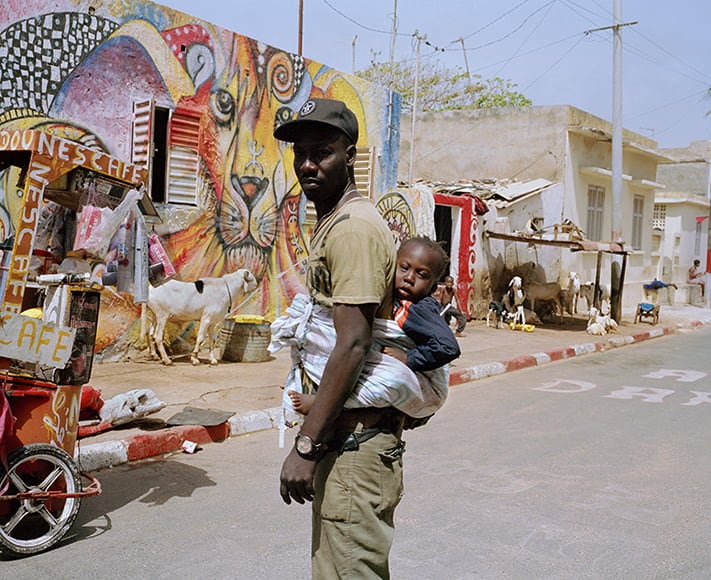 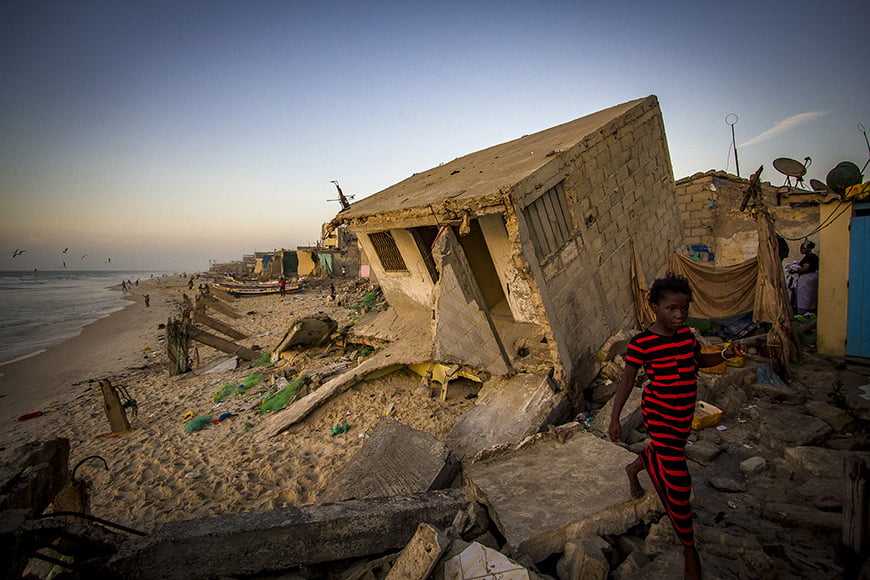 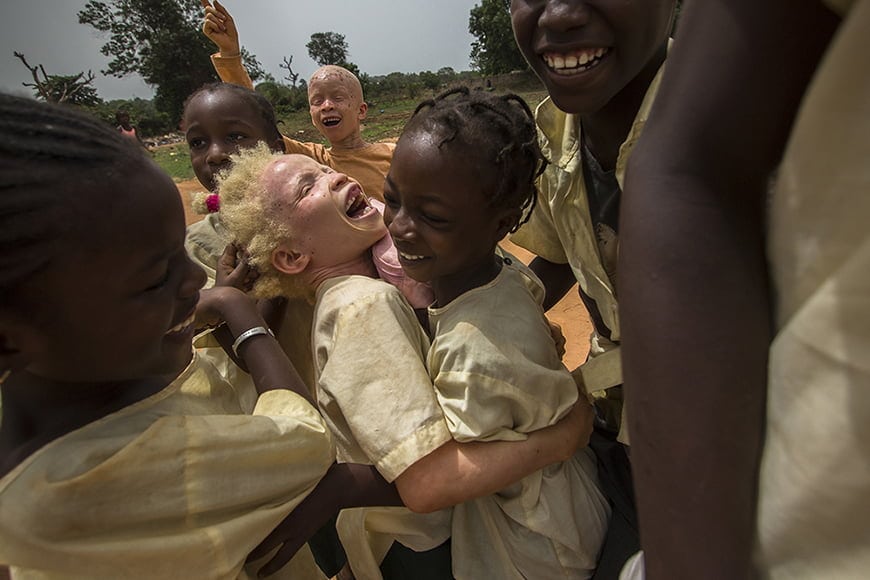 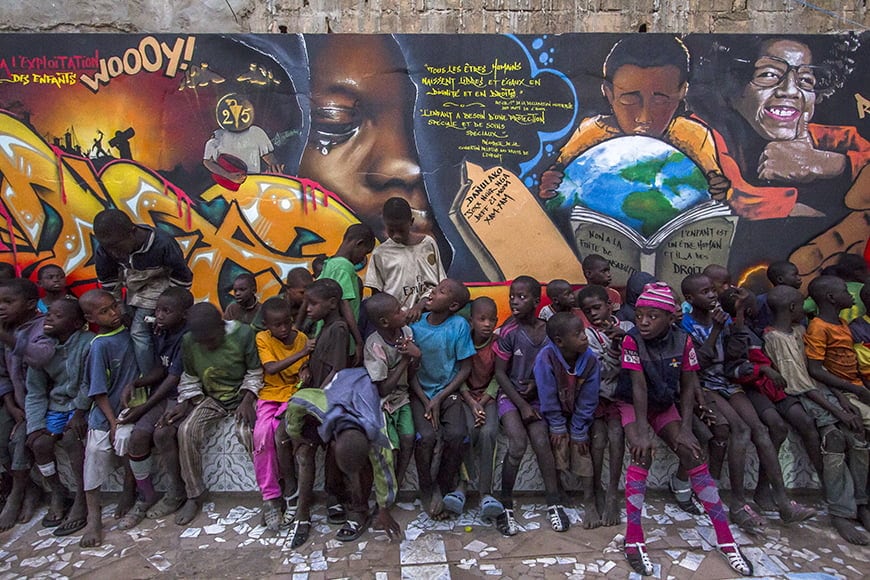 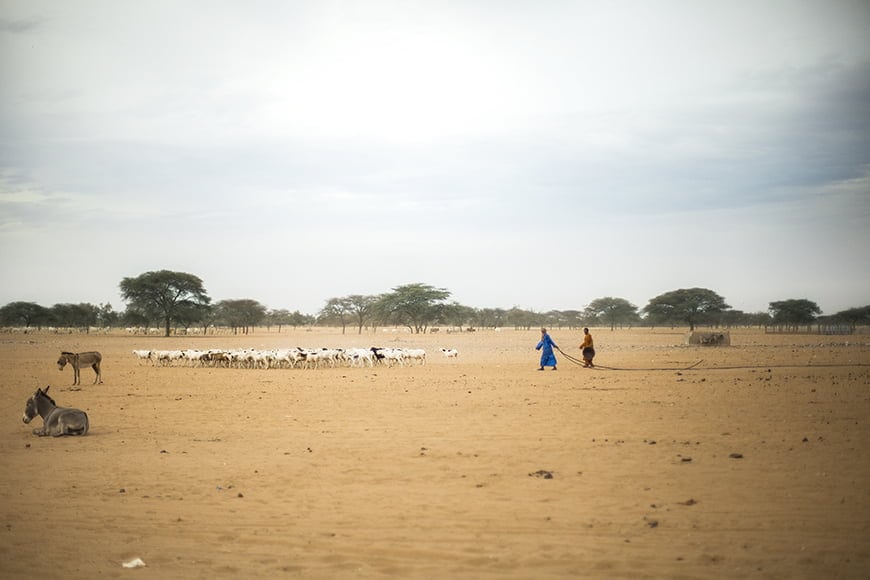 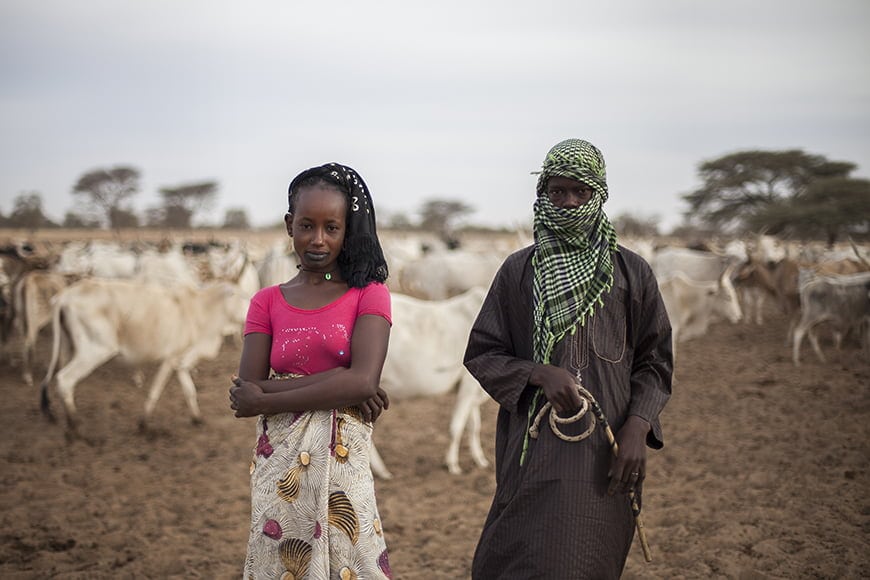 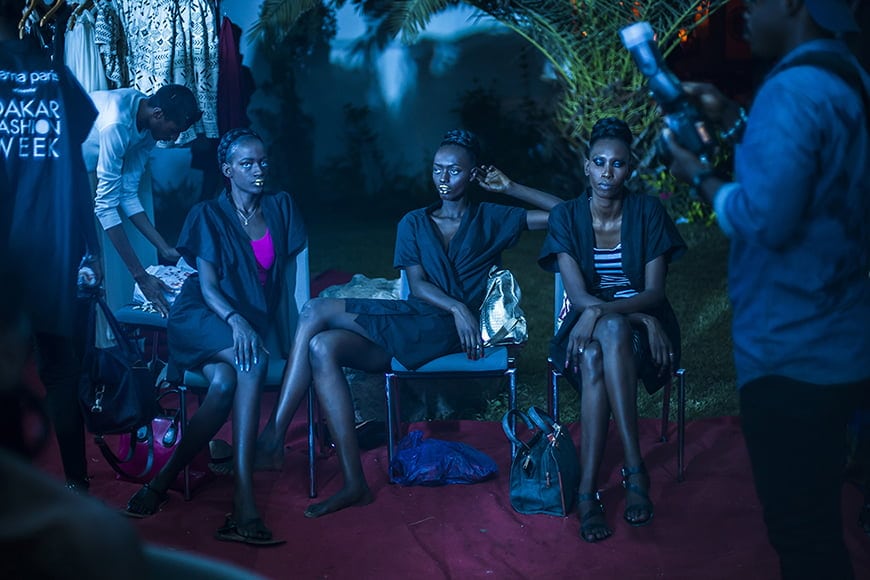 I’m a Spanish photographer and journalist based in Dakar, Senegal. I spend most of my time travelling for work throughout the West African region, either shooting stories, organising training for photographers or preparing photo exhibitions.

I work as a freelance photographer and videographer for international media, NGO’s and other international development agencies. I mainly cover subjects focused on gender, education, environment or arts and culture events such as cinema or photography festivals.

This is what I carry with me every time I travel, always in my hand luggage, including chargers and batteries (it wouldn’t be the first time that my checked baggage is missing or it doesn’t arrive on time). I use the Lowepro Pro Runner 450 AW II for travelling, a convertible roller/backpack where I can fit my three cameras, three microphones, one sound recorder, 3 to 4 WD Passport Portable hard drives of 1TB–2TB, one notebook, 12 Memory Cards, two Canon Battery charger, four Canon LP-E6N, one Laptop + charger and as many 120mm rolls as I can squeeze into it.

Both cameras are exhausted after five years working in the Sahel and in the tropics, where temperatures are extreme and humidity sometimes is intense. They still respond very well, even though the rubber of the grip in my Canon EOS 60D is totally detached. They both have dust and dirt in every single little and inaccessible corner, but they keep on going.

Even though my lenses stay fixed in the cameras, sometimes I fit the Canon EF 50mm f/1.4 on the Canon EOS 60D body to get an 80mm with great quality. The Canon EOS 60D is a crop frame with a 1.6x crop factor (not full frame).

Moreover, the Canon EOS 60D has a moveable screen for framing which I use a lot when shooting video to vary the angles and perspectives without breaking my back. I can shoot at ground level without having to throw myself on the floor or at a higher level just by extending my arms and I can still frame properly thanks to the moveable screen.

It’s also very useful when I shoot video out of the window from a car or when I shoot an interview, that way the interviewee can see himself/herself in the frame to avoid stepping out of the frame, for example. The moveable screen gives you enormous possibilities.

I never use telephoto lenses. I work very close to my subjects so I don’t need it at all. I don’t like it either.

Occasionally, I shoot the whole assignment with the Canon EOS 5D Mk II Canon EF 50mm f/1.4. Sometimes that equipment may be enough.

I generally carry with me a flash, the Canon Speedlite 580 EX II, even though I use it rarely when the natural light is not enough and, when direct sunlight is too strong, sometimes I will use the fill-flash mode to reduce harsh shadows.

For my personal projects, such as Péres (Fathers), that I shot for the Dak’Art Biennale, the Biennial of Contemporary African Art in Dakar, I shoot with a Mamiya 7 II and with Kodak Portra 400 Film. I love shooting with the Mamiya, shooting film is an absolutely different feeling from the immediacy of digital. When I shoot film everything and everyone standing in front of the camera have a completely different aura.

For shooting video, I carry with me a Manfrotto 190XPROB Pro Tripod, which is light, compact and very steady. I also carry a ZOOM H2 Handy Portable Stereo Recorder for its amazing quality with the Sennheiser HD 206 headphones, one Mouriv VMC355 Video Condenser Shotgun Microphone to fit in the camera and three BOYA by-M1 Lavalier Microphones for the interviews.

I use 1GB or 2GB maximum external hard drives to save my images and I will do at least two backups, normally three. I always travel with 3TB–4TB WD Passport Portable hard drives because you never know when one of them is going to crash and this happened to me more times than I would ever think.

I never forget to put in my backpack a notebook, some pens, a black marker, a pencil for whenever pens don’t work, my passport, my press card, some business cards, a small solar light, my sunglasses, citronella to repel mosquitos, my Mac Book Pro 15” and my phone, which I use either as a torch, as a modem for the internet connection or as a sound recorder for saving short voice notes of what I see or the people I meet.

The phone as a modem for sending images is crucial. In most West African countries, the connection is very VERY slow. So having a 4G phone can save you in a place where the phone connection is much faster and reliable.

I remember four years ago looking desperately for a good hotel in Bissau with the best internet connection to send a video urgently and the file transfer platform was announcing 73 hours to transfer the images! Even by plane, my images would arrive faster to London. Suddenly, the waiter of the hotel bar saw my desperate face and said: “Take my phone, I can share my connection with you and that might be faster”. I connected to his phone and the screen changed: 24-minute transfer. I was saved!

Carrying a foulard with me every time I travel is a must. The foulard is a multipurpose element: I use it to cover my head and shoulders from the sun or to enter religious celebrations, to go unnoticed in some crowded places where being a white woman draws attention, to cover my cameras when I am working in busy places or when I carry them on my shoulders, or even to dry the sometimes incredible sweat that still surprises me in the middle of an assignment in West Africa.

I always carry cash with me, FCFAs and EUROS because most of the places I travel to don’t have ATMs and most of the restaurants and hotels where I go don’t take credit cards. I keep the money in a zip lock bag and I carry another 5 to 10 small zip lock bags for memory cards, hard drives and other equipment I need to secure in case of heavy rain shower/crossing a river on a pirogue or any other unexpected occasion (that happens on a regular basis when travelling through the tropics).

Business cards are also important, they generally go to the people I photograph so they can contact me back to have their picture, something I always do, I always give the pictures back to those who let me photograph them.

Since I mostly work on long term documentary projects, I tend to go back to the places where I travel, so most of the times, I can return the photographs as prints – which I adore. At other times, I keep the contact of someone from the village/area where I have been shooting who might come to Dakar or I can send them the copies to return to the people.