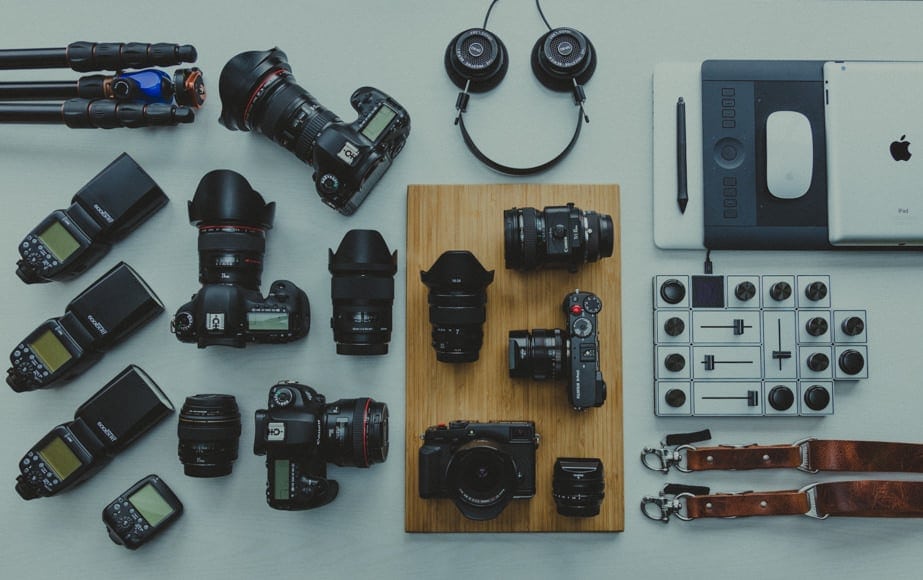 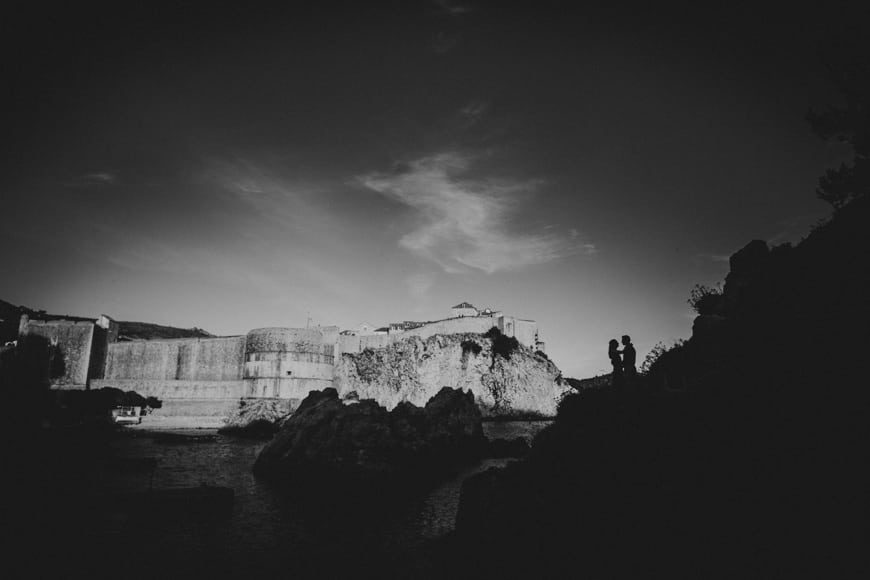 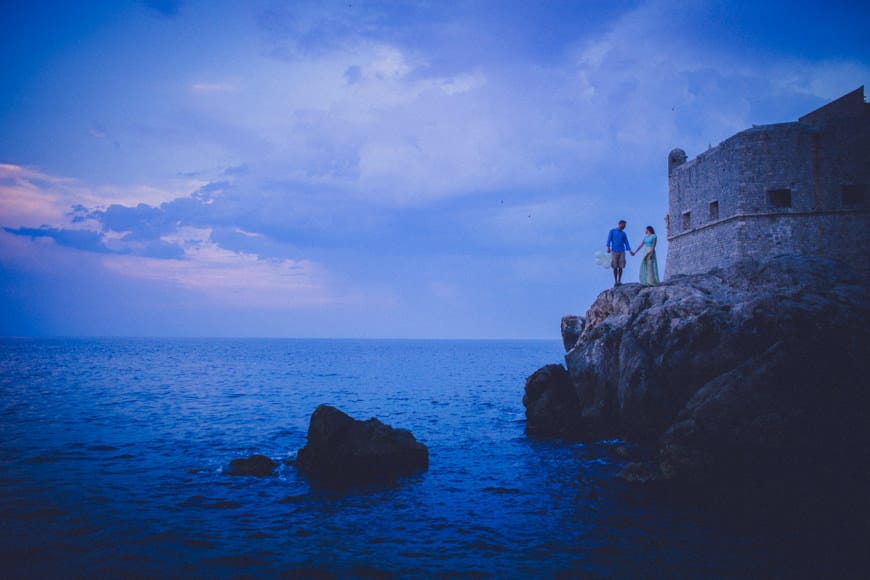 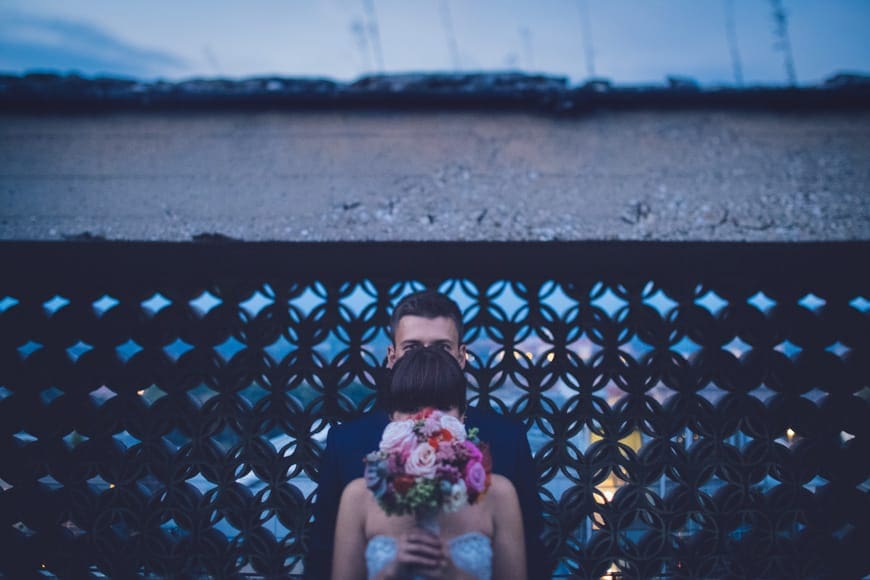 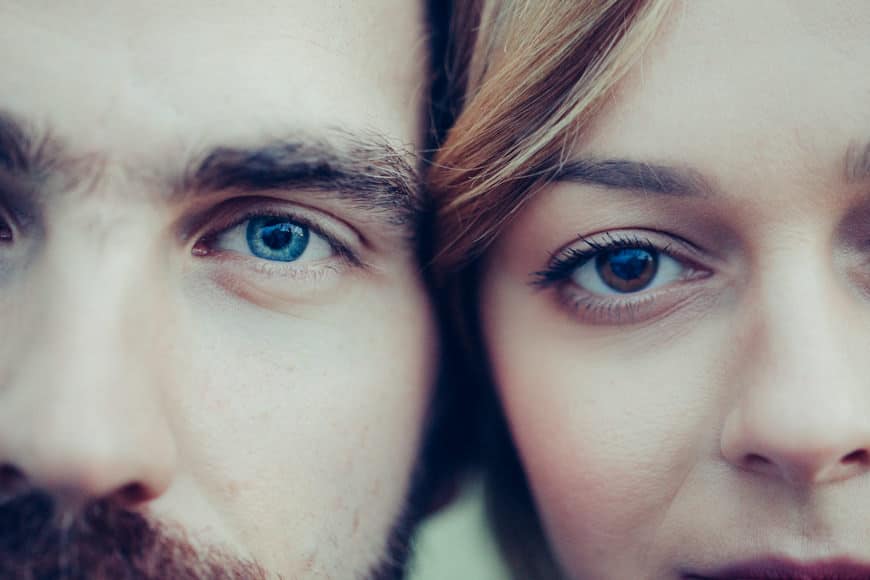 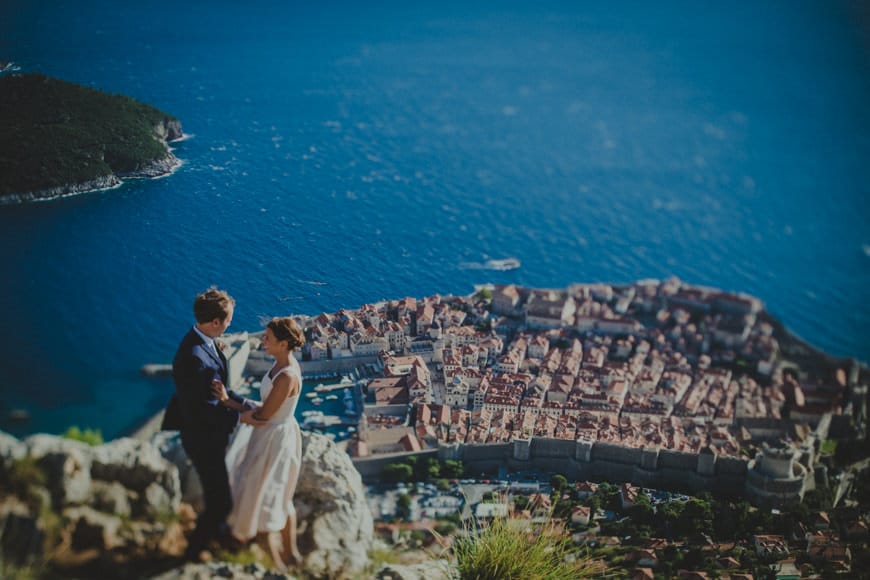 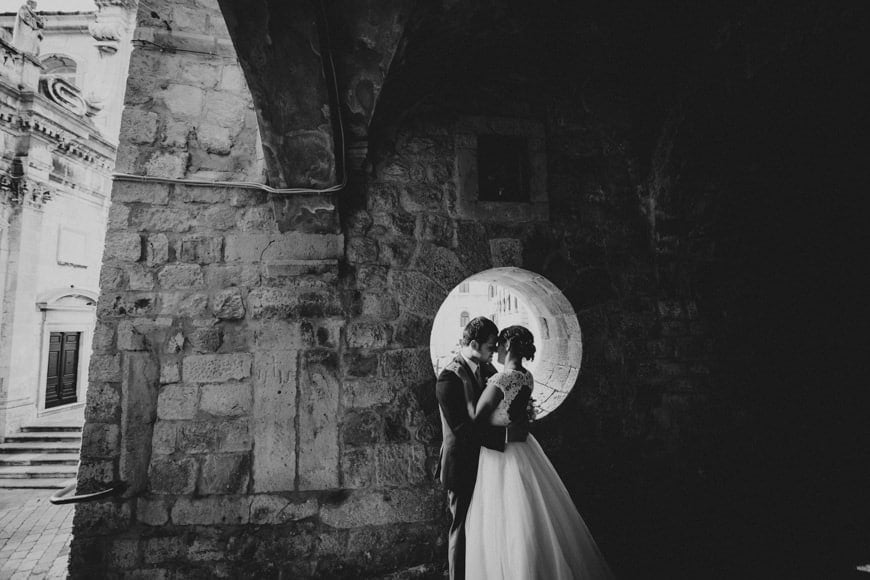 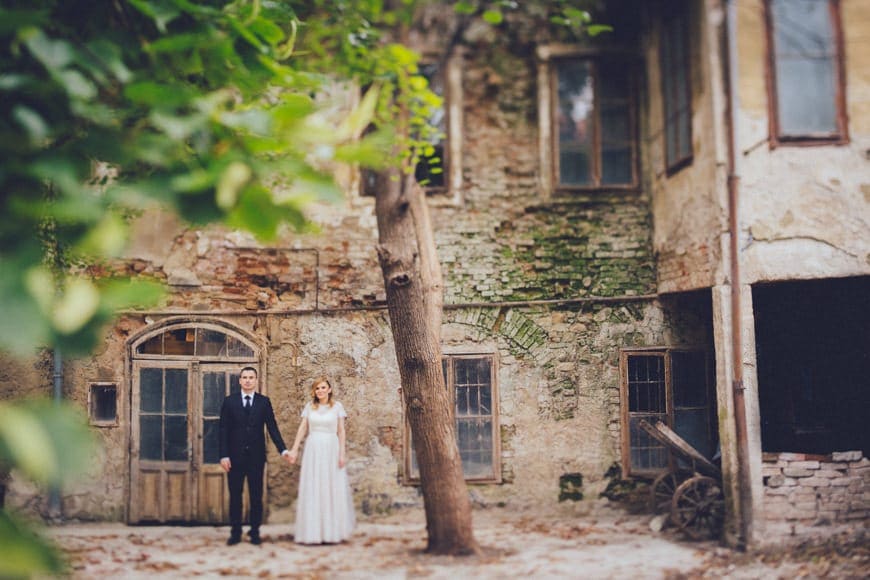 Hi, I’m Matija, a fine-art wedding photojournalist based in Dubrovnik, Croatia. I find myself at a lucky point in photography history where the cameras became good enough that I don’t really notice them while shooting; which is just perfect.

But, to immerse yourself in the flow of the wedding day without thinking about your equipment, it’s really important to pick the stuff that’s up to par.

Let’s talk about what does it for me.

I’m at a really interesting point in my career where I’m at the SLR/mirrorless crossroad, as you may have noticed from my somewhat dichotomous shotkit.

My mirrorless of choice is the Fuji X-Pro2

. It gets things done, leaving plenty of headroom for post and just as importantly, doesn’t spook the prey – bride and groom. It’s quick, quiet, inconspicuous, with an amazing EVF and RAW image quality.

Without a doubt, it’s a stylish companion when you dress up for a wedding, perfectly matching the HoldFast MoneyMaker

and your bow tie every time.

While shooting a wedding, I always have Fujinon XF 16mm f/1.4

on the two bodies (24mm and 50mm equivalents, respectively). Both are amazingly sharp with beautiful bokeh. Focusing speed leaves something to be desired on the 35mm in some cases, but I’d never give up one stop of light (and DOF) just to use the speedier Fujinon XF 35mm f/2 WR

When the time for the photo session comes, another set of lenses steps in: the Fujinon XF 10-24mm f/4 OIS

(mounted via speedbooster adapter). The first is an ultrawideangle lens (15-36mm equivalent) for those spectacular wide shots where you’d want huge depth of field anyway. OIS is a nice addition, but you don’t really notice it during the day on a lens this wide. The tilt-shift needs no introduction, easily making a boring location more interesting and an interesting location more spectacular.

is my private walk-around lens. I find the 28mm equivalent FOV a good compromise that will get a bit more context in the photo than the usual 35mm street lenses, and the ridiculously small pancake design makes it infinitely practical. It probably weighs as much as the Canon lens hoods for most of my other lenses. Okay, I exaggerate, but you have to hold it to believe it.

Most faithful companion for my Fujis? Why, the 16 batteries I have for the two bodies, of course. They are barely sufficient to get me through a 12-hour shoot. It’s crazy, I know. I’m sorely missing the Fuji’s pro flash that I’ve had on preorder for months, the infamous unicorn – Fuji EF-X500

As for Canon, I’ve had a really nice run with it. The Canon 5D Mark III

s took me through many adventures and kept rock-solid throughout. Unfortunately, they weighed as much as solid rocks too, which coupled with an appalling dynamic range and less than reliable AF meant the time was ripe for a replacement.

is a lens I’ll never get over (when and if I sell it). Everything about this lens was designed to produce an imperfect and beautiful photo – the softness wide open, deliberately undercorrected spherical aberration which causes focus shift, hyper-scattered focus which made it a tough nut for AF microadjustments…but one look at the creamy bokeh it produces and the shallowness of DOF even at larger shooting distances and none of that matters anymore. Perfect wedding lens.

s. With their ETTL-II, barely existent recycle times and reliable wireless radio triggering, I could just forget about the flash and think about the light. Bundled gel filter holders are another very nice touch by Canon.

steps in. It’s a tripod beautiful to behold, but also very versatile. One of my favorite features is the transformer trick it can pull – screw off one leg and you have an ad-hoc monopod. Not that I use it often, but it goes to show the kind of thought that went into this tripod.

Most of this fits into my Gura Gear Bataflae 26L

bag. Its patented butterfly opening is just genius for adverse conditions, allowing access to a half of the equipment at a time, while allowing for full access in studio conditions. It also has a way to stow the shoulder-straps and back-padding away from dirt when you put it down in the African savannah.

The rest of the bag features and materials are equally thought-through and it was love at first sight.
It’s sadly discontinued (look at Tamrac G26

for its spiritual successor), so I got another just to be safe before they all sold out.

Everyone likes shooting, but fewer like editing. That’s why I spared no effort (or money) in optimizing my workflow back in the studio.

Apple MacBook Pro with maxed out internals and an iPad as an external monitor (via Duet app) give me plenty of space to work on the road. Wacom Intuos Pro Medium

isn’t compact, but shines when it’s time for retouching. But my secret weapon is the Palette Gear Professional

– a customizable modular array of analog and digital controllers that work with Lightroom so you don’t have to. The gains in editing speed are astonishing, while my editing actually got even more detailed.

To round it all up, everything is backed up on the Drobo 5D

with 10TB of redundant storage. And, to make things more fun along the way, I never leave home without my Grado Labs SR-80

headphones. It’s arguably the best sound you can get without a dedicated headphone amplifier.