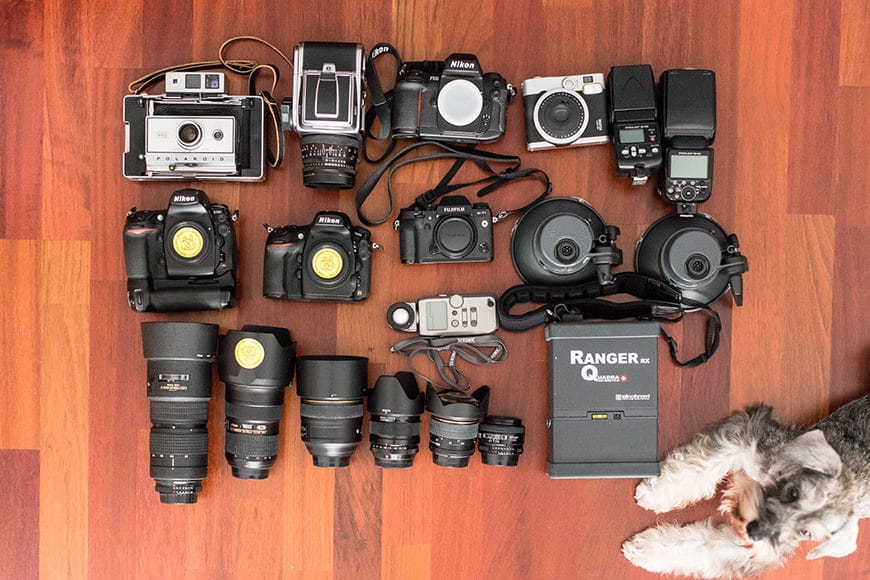 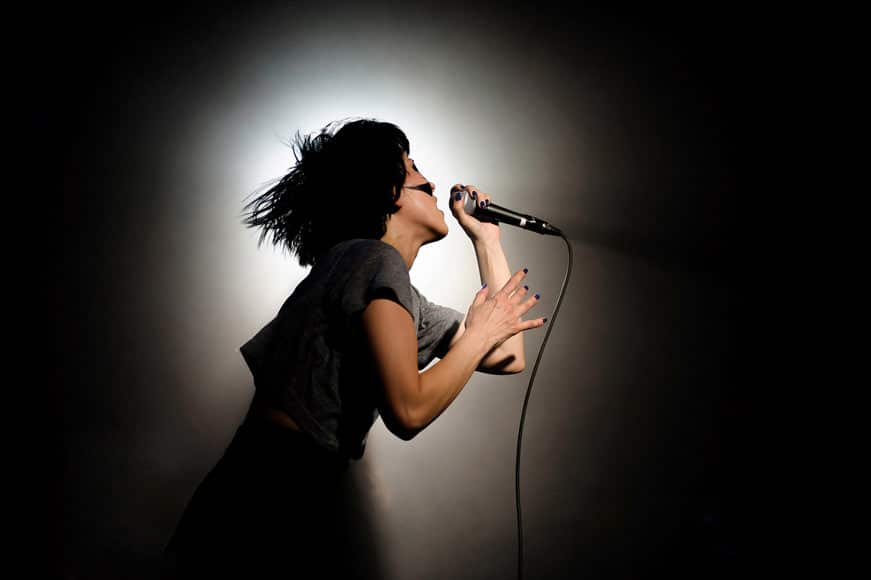 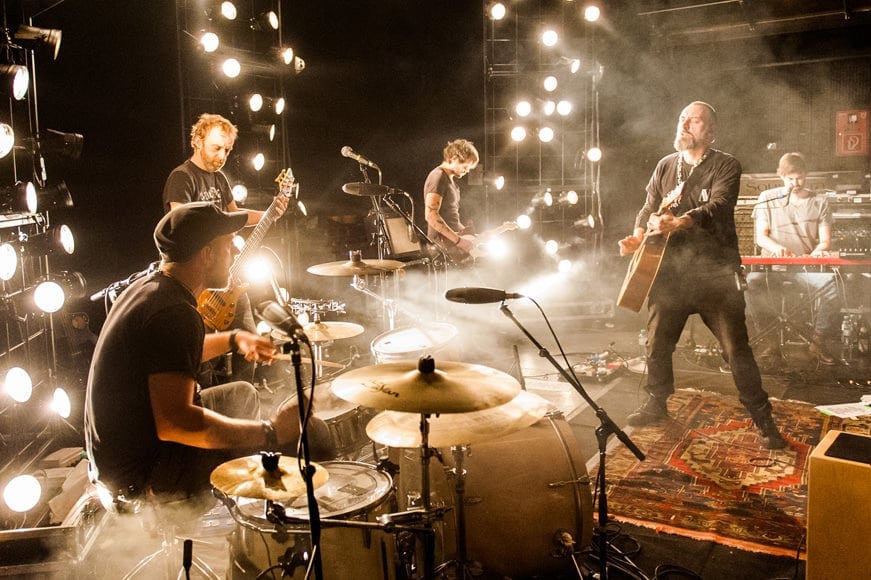 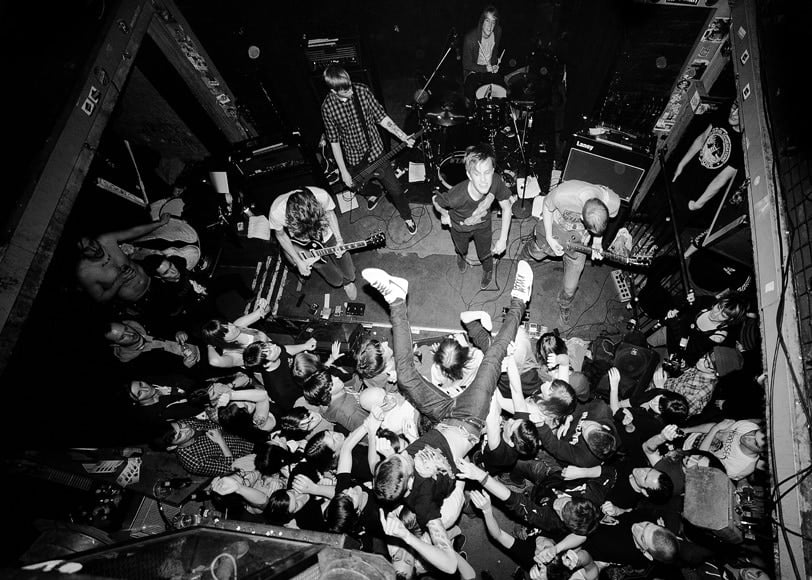 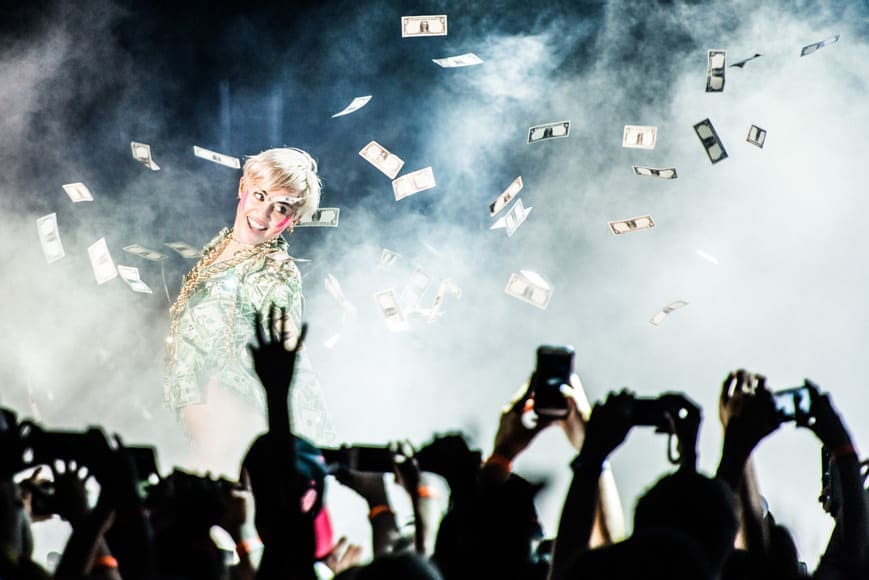 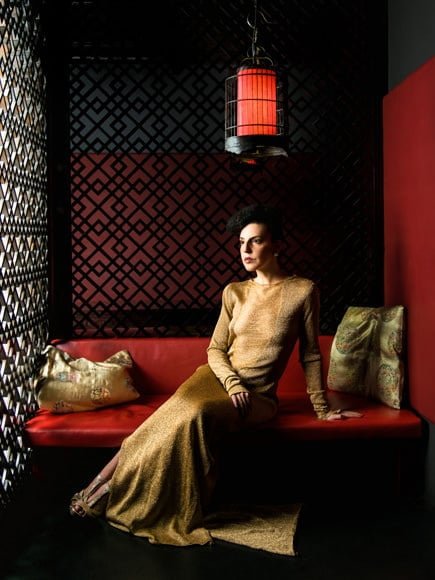 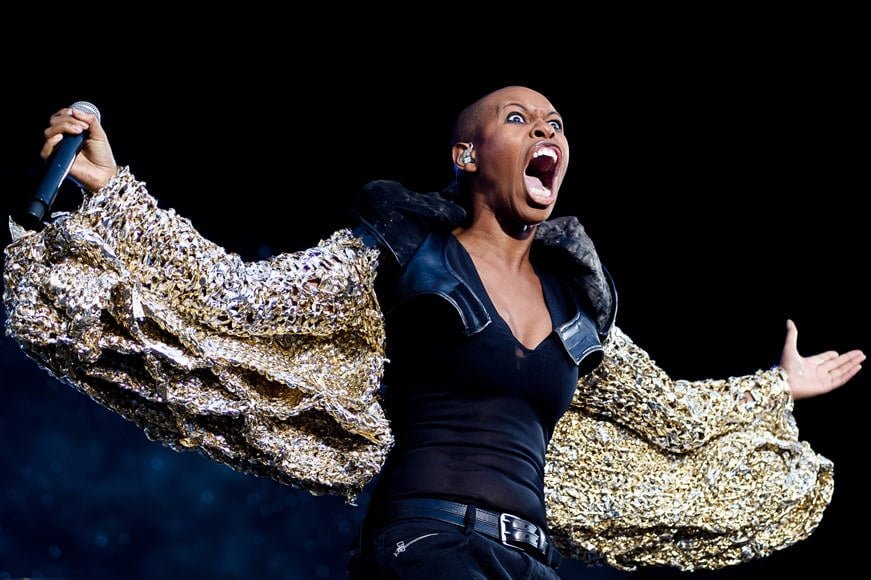 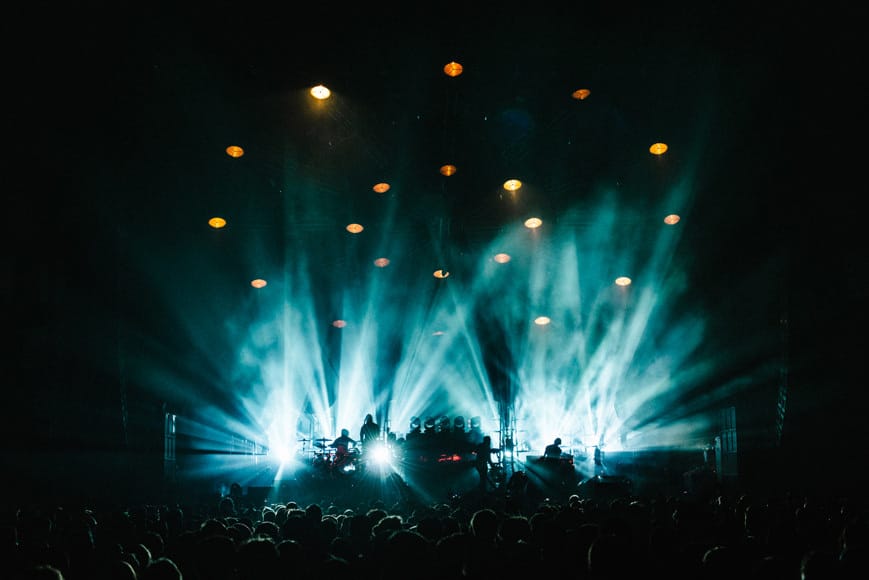 Hi, my name is Matthias Hombauer. I studied molecular biology at the University of Vienna. During my 4 years of Ph.D. I realized that I wasn’t going to really love the job so I decided to follow my two passions instead: music and photography.

I have been a music lover ever since the first Guns N’ Roses concert I saw at the age of 13 when I also started getting interested in photography. Instead of being stuck in a career as a researcher and feeling bad about it, I decided to become a music photographer.

At this stage, I was already 28 years old and had never attended professional photography classes. I started to take photos for a small online magazine and soon realized that music photography was the way I wanted to go in the future. So, I invested in some camera gear and shot every concert in Vienna I was interested in (which were quite a lot!).

After 2 years, I realized I wanted to not only shoot concerts from the photo pit, but I also wanted to work with the bands that really meant something directly to my life. I started to ask them if I could take their portraits before shows and since then it’s been an unbelievable journey for me.

I’ve shot concerts of more than 500 bands, I have worked exclusively for bands like Iggy Pop, The Prodigy, Fatboy Slim, Fink and Elvis Costello. My photos were used on album covers, as tour posters and in magazines (such as Rolling Stone Magazine) and I am a regular contributor to international blogs such as Peta Pixel, The Huffington Post UK and many more.

I also work as tour photographer and join bands to capture the magic moments on stage.

In April 2014 I started my online project “How To Become a Rockstar Photographer” with the aim to help people start living their passion as concert photographers. I built a worldwide audience including music photographers from more than 100 countries. I give webinars and write a blog about my life and experiences in this exciting photography field.

In January 2016 I launched “Shooting The Rockstars” (www.shootingtherockstars.com), the first online academy for concert photography. It’s a five-week video course where I teach everything I’ve learnt about being a music photographer – from getting started to marketing yourself and general business skills. It took me six months to create and the first students have successfully completed the class.

Currently I am working on the HIGHLIGHTS exhibition as a curator. HIGHLIGHTS will be one of the biggest music photography exhibitions this year and will be held from 08–27 April 2016 in Buenos Aires. We also started an Indiegogo crowdfunding campaign to raise the money for this project.

and it’s my workhorse for concert photography if I shoot a whole show. It has a 12MP sensor, high ISO capabilities and a fast Autofocus system with the right lenses attached.

One reason I bought the Nikon D700

instead of the Canon 5D Mark II

was the fact that the Nikon D700

has a pop-up flash built in. “Why would you want a stupid pop-up flash?” I hear you say. If you also want to trigger external flashes for portrait work, you can use the small pop-up flash to trigger another Nikon flash.

If you want to do this with a Canon 5D

, you need to buy 2 Canon flashes in addition to the camera. When I started my photography business, I used this approach a lot and was very happy that I just had to buy 1 flash. So if you want use the Nikon Flash Ecosystem like Joe McNally does, the Nikon D700

might be a good choice. Unfortunately, the Nikon D700

is not available in stores any more and can only be bought second hand.

is a beast of a camera! It’s one of the highest performing DSLR cameras on the market with a resolution of 36MP! The image quality rivals digital medium format cameras and its file size of 50-60MB demands a lot from your computer in the speed department.

I mostly use the Nikon D800

for shows where I’m only allowed to shoot the first 3 songs. Let´s do the math: if you shoot the whole show, which will be, say 600 photos, you’ll end up with 30 GB of data! The problem with the Nikon D800

is that there’s no option to shoot small RAW files. I love this camera when I’m shooting music portraits. The Nikon D800

The Nikon F100 is a 35mm analog camera and you can get it used for $100. I don’t use it that often anymore, but it’s definitely a good investment if you want to get started with shooting film.

is my go-to crop sensor mirrorless camera when I am on tour or on holidays. It´s compact, lightweight and I love the analog touch. The electronic viewfinder works great and the image quality rivals full frame camera sensors in good lighting conditions.

This is a fun little camera, which uses Fuji Instax Mini films. I use it for behind the scenes photos of my shootings and it´s always a surprise for musicians when they can take one or two frames at home after the session. I love the quality of the Instax films, although the format is a bit on the small side.

Hasselblad 503CX
I still love to shoot analog especially medium format. This camera is the most beautiful tool I have ever used and the image quality it produces is unrivaled. You have to use 120 films and you’ll get 9 photos out of one roll (6x6cm negatives).

It’s not only a great camera, but you can be sure that people will recognize it on the street. It happened a couple of times that musicians or band managers wanted to have a look at it during a portrait session. It’s an all-manual camera without any light meter.

. It can produce beautiful polaroids, but it has its drawbacks. The model 350 has only automatic settings and therefore you can’t change the shutter speed or aperture manually. I use the Polaroid sometimes for on location portrait work.

This is my go-to lens in smaller venues and my favorite zoom lens. The autofocus is very fast and the photos are tack sharp, even at f/2.8. Having the zoom option lets you get a tight headshot as well as full body portraiture. At 24mm, you’re also able to get the whole stage into your frame

and you can get it on eBay for $400. This lens costs 1/5 of the new version and is just as good (I don’t care about the missing VR, it doesn’t work for action shots anyway). The focal length of 200mm is essential if you plan to shoot bigger venues, such as festival stages.

This lens gives you the opportunity to take both headshots and half-body portraiture shots. In addition, you can also get the drummer who is most likely hidden at the very back of the stage. This is a back-breaking lens (almost 1.5 Kg/3.2 lb!) but the quality it delivers is worth its weight.

is the older version of the newer Nikon 50mm f/1.4G

. I tested both of them and decided to go with the D version of the Nikon range. 50mm is a similar focal length to how our eyes see the world around us. I started out shooting concerts with 50mm, but once I got the 24-70mm, it hardly makes it out of my camera bag any more.

However, the 50mm is a small, unobtrusive little lens. If you already own the Nikon 50mm f/1.8

is a full frame lens and can be used if you upgrade to a full frame camera body. Is it worth it to get the Nikon 50mm f/1.4

This is my favorite portrait lens, which I also use a fair bit when shooting concerts. Nikon’s best lens is able to deliver a bokeh (out-of-focus area) that is breathtaking. But be warned: the autofocus is not very fast and when shooting at f/1.4, the depth of field is so narrow that you can easily get out of focus photos.

So where’s the rub? The Samyang is a manual focus lens, but with the internal focus information in the viewfinder (at least Nikon has this), it’s a breeze to work with. The photos are tack sharp and I can live with some distortion in the corners of my photos. The Samyang 14mm f/2.8

is my go-to lens if I want to capture special perspectives.

is one of Fuji’s best prime lenses. I tested the 35mm and 56mm in addition, but the autofocus of the 23mm f/1.4 plays in a different league. It’s tack sharp at f/1.4 and it’s the only lens I need when I am travelling.

Carl Zeiss 80mm f/2.8
This lens is a perfect match with my Hasselblad 503CX. The pictures show a beautiful bokeh and it’s sharp even wide open. This is a manual focus lens, so you have to take care to get the focus right. An aperture of f/2.8 on a medium format camera only gives you a very narrow depth of field. So keep this in mind when using it.

is a compact portable 400W battery flash system that I am using mostly for backstage portraits/commercial work. As light modifier I use the 39’’ Elinchrom Deep OctoBox

I started my photography career with those two speedlights and used the Nikon internal flash system to trigger them. I think speedlights are all you need to get great portraits and I still use them when I am traveling with light equipment. The only downside is that you can’t use bigger light modifiers with them.

58 Light Meter
This is a must have tool if you want to use cameras without an internal lightmeter. You´ll take a light reading and transfer the values to your camera. Sekonic offers also the bigger brother of the L-358, but just get this one and you´re ready to rock n roll.