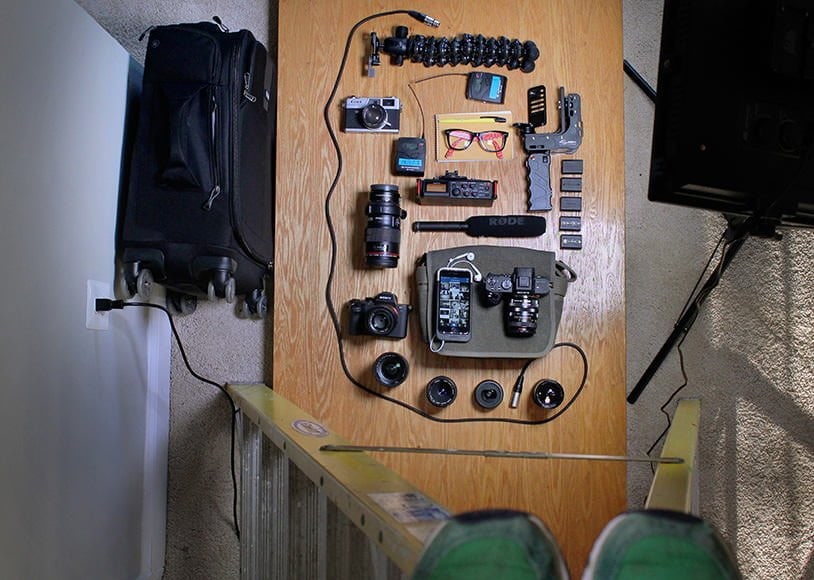 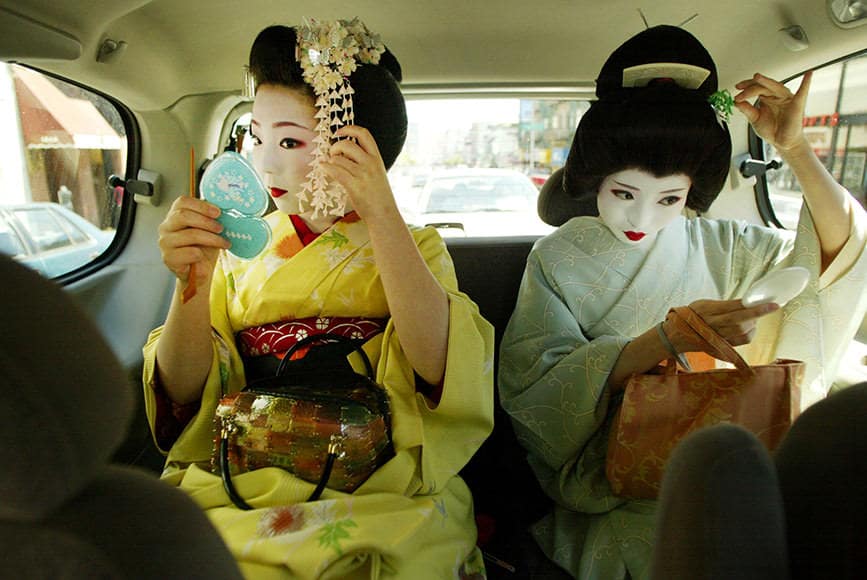 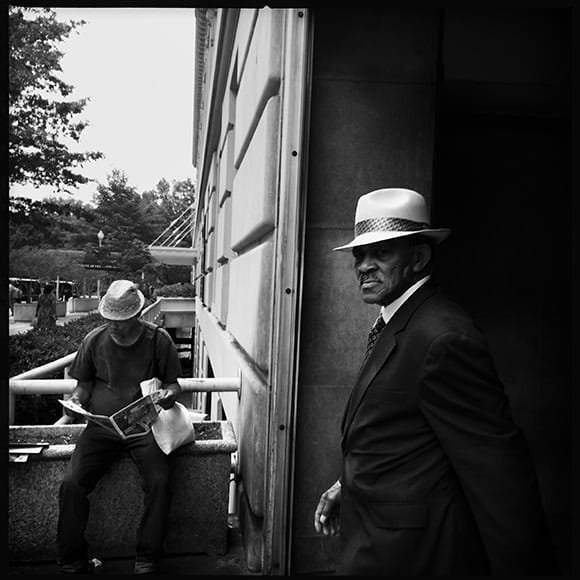 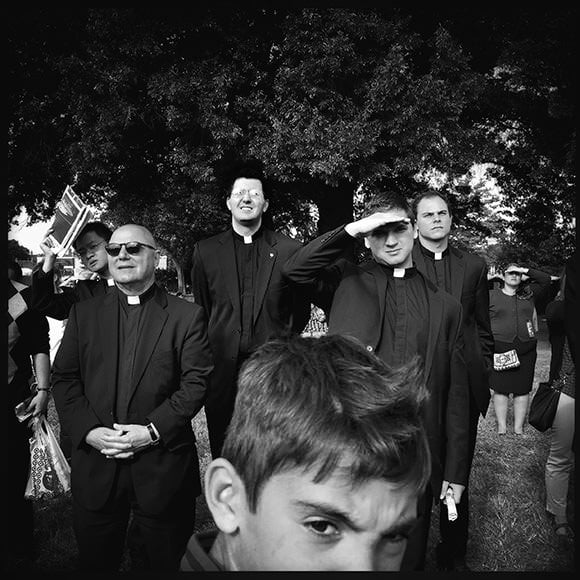 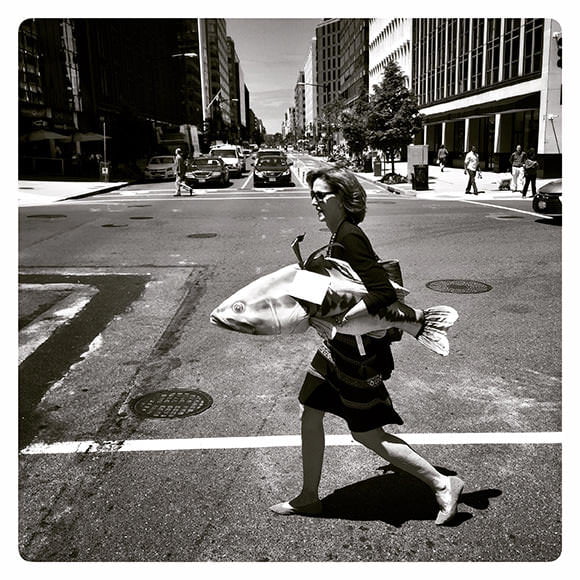 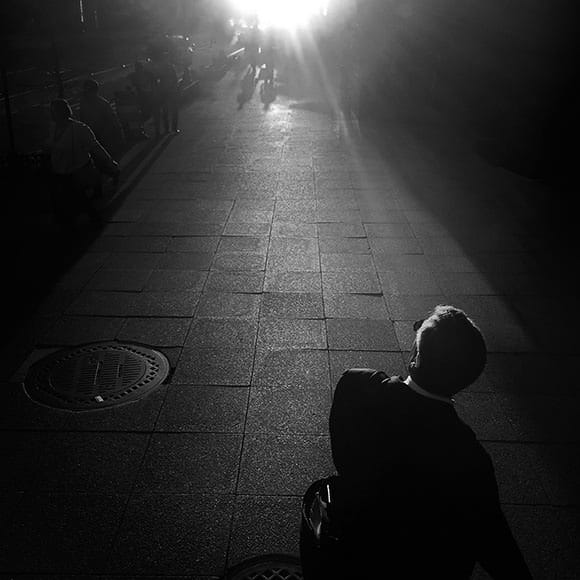 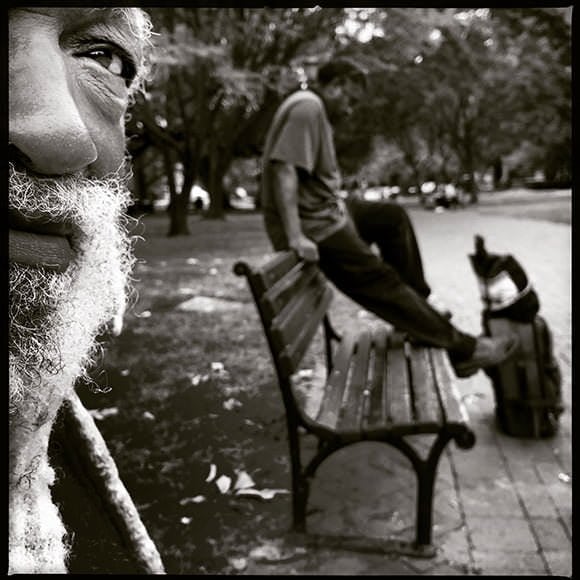 When you work at a newspaper, as I did for 16 years, you rely on the equipment they give you, and work with it no matter what its condition, because budgets are small and new gear is rare as rain in a California drought.

During my tenure at the San Francisco Chronicle, I devised a minimalist approach to producing my visual column, “The City Exposed,” which focused on the city’s eccentrics. Writing stories, taking pictures and producing countless 2-minute short films, I needed a setup that would allow me to follow subjects through their day no matter where they went. If I couldn’t carry something on my waist or shoulders for more than three miles, it probably didn’t come with me. Utility ruled, and I never considered myself a gear freak.

Recently I moved to Washington DC, where I’m pursuing opportunities as an independent documentary filmmaker and photographer. The day I left the newspaper I was excited to start telling new stories. For the first time, I would be unhindered by looming deadlines or a nerve-racking need to “feed the beast.”

Just one problem: with the exception of the iPhone 6

in my pocket and some vintage castoffs from decades preceding the digital revolution, I didn’t own a single camera or lens.

While moving my entire house, three daughters and dog cross-county, I scrambled to figure out what equipment I would need to continue my one-man-band brand of visual storytelling.

With the investment now solely on me, I spent days and nights obsessing over equipment, logging the persnickety details that went along with each and every hunk of metal, glass and plastic. I researched, I rented and I purchased. Some of what I settled on I ended up returning in exchange for other equipment.

After two decades of experience with Canon SLRs and DSLRs, most of my friends assumed my camera selection would be obvious. But as video and filmmaking had won my heart in recent years, I wasn’t sure this was the best choice any more – especially without access to the newspaper’s pricey lineup of Canon lenses.

, a camera that will always be my bread and butter for the precise rack-focus technique I had adopted doing City Exposed. But aside from that, I jumped from the Canon EF ship and decided to drink the Sony mirrorless Kool-Aid.

and a Sony A7sII

I’m not sure I love all the little buttons and menus, but these cameras are small and lightweight enough for my street photography obsession – even better, they connect easily to my iPhone via WiFi for quick sharing on my Instagram, Twitter and Tumblr feeds.

But the real reason I switched was for the video capabilities of the A7 series. They shoot at a higher frame rate than what I had been used to, for slow-motion work, and also use a different compression and format that helps achieve a more cinematic look in my videos. The Sony A7sII

even has an internal 4k video option that I can use in a pinch for short clips. (For more intensive 4k shoots, I head to the rental shop for the Sony FS7

or the Atomos Shogun

Along with these cameras, I use a basic array of Sony lenses including the Sony 20mm f/2.8

The most inspiring thing about my new cameras is their ability, with an adapter, to use the vintage lenses that have primarily been used as paperweights since the relative demise of film photography. I’ve found great quality glass for pennies on the dollar. One of my favorites is a no-name Canon FD mount 28mm f/2.8 macro that I picked up at a yard sale for $5. Another is a Canon FD 50mm f/3.5 macro

So OK, I became the gear freak I never though I’d be. While I still maintain that it’s the photographer who creates great storytelling images, not the camera, this equipment-buying journey has been like discovering photography all over again.

Other equipment I can’t live without:
Yellow CWA pen
iPhone 6

Earbuds (when headphones are too much)
Sennheiser ew 100 ENG G3

told 1000 stories over the years

Check out these 8 essential tools to help you succeed as a professional photographer. 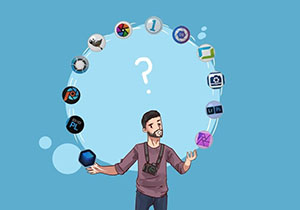 Are you using THIS picture editing software? You Should Be!