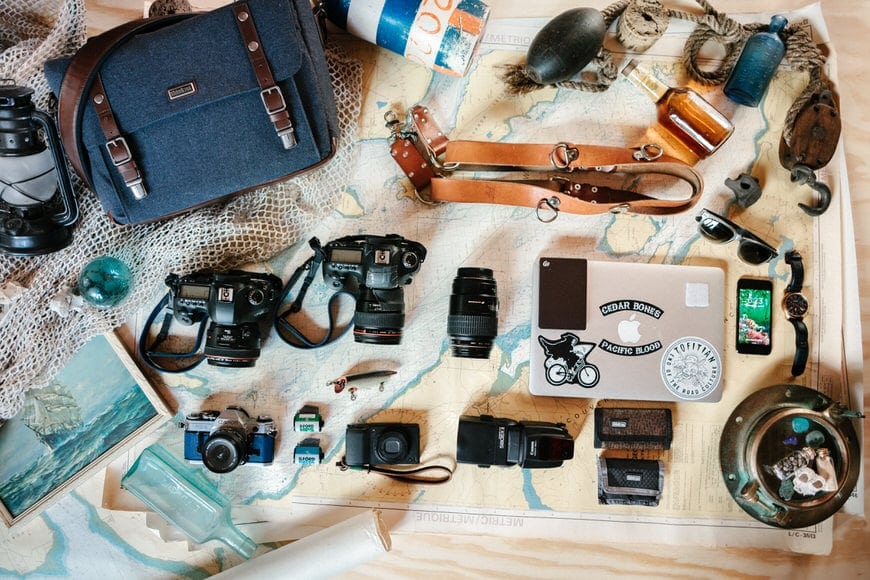 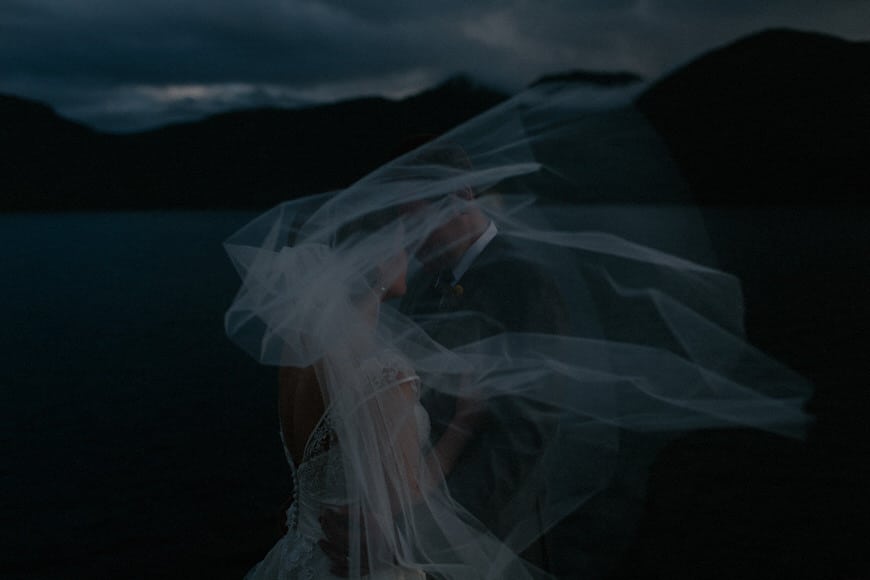 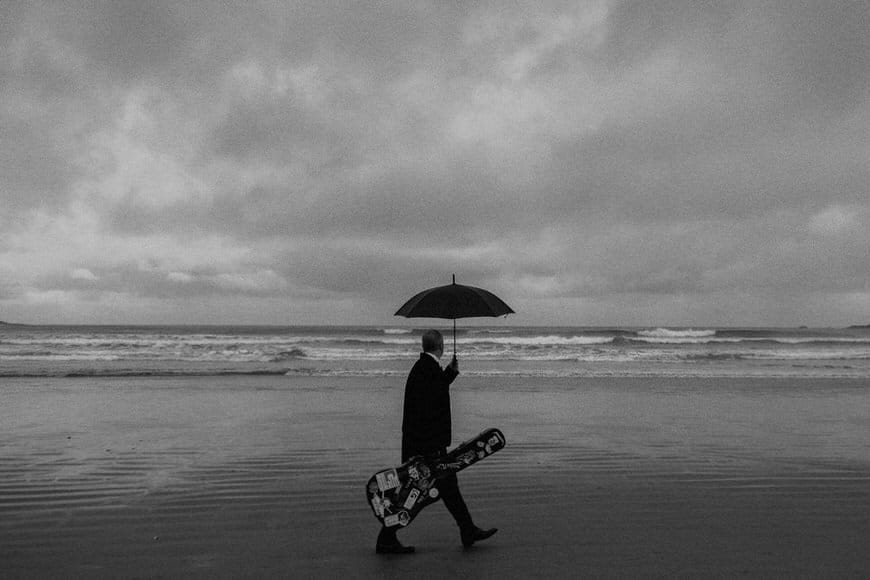 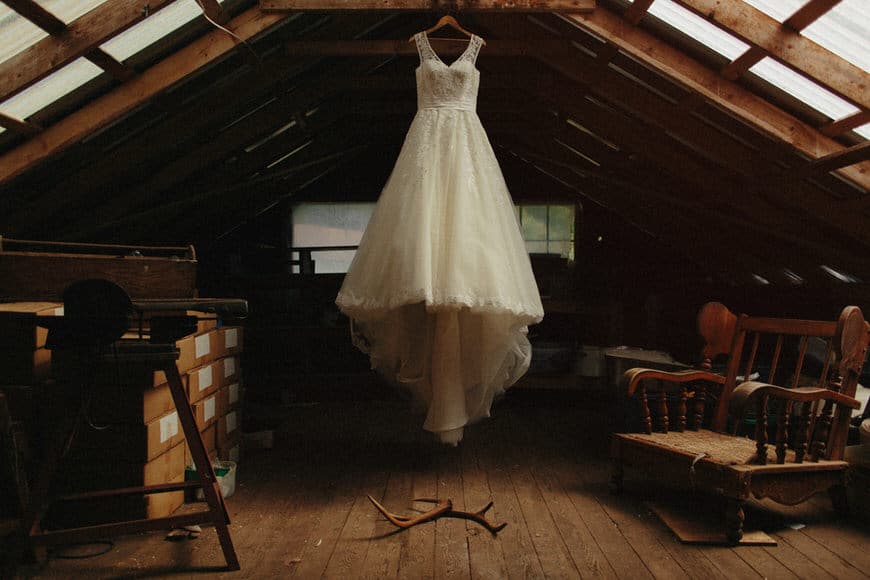 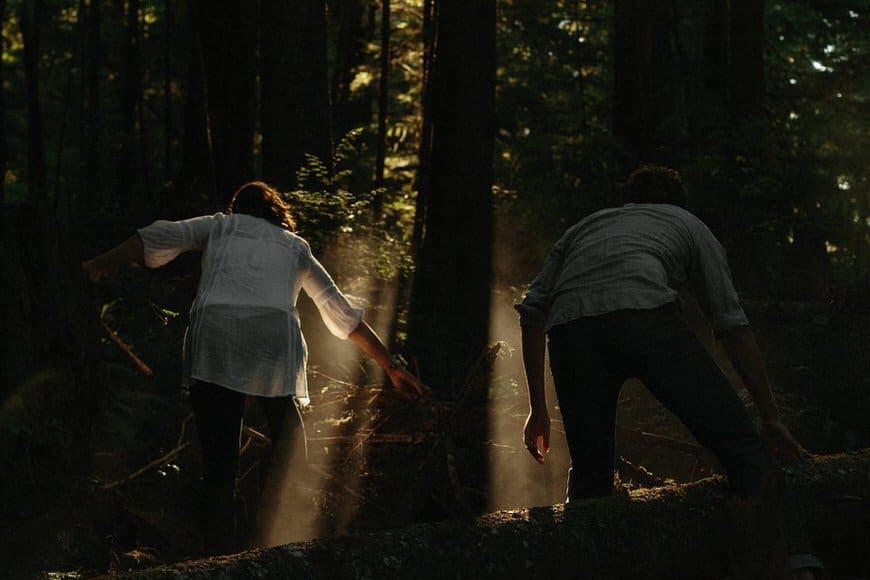 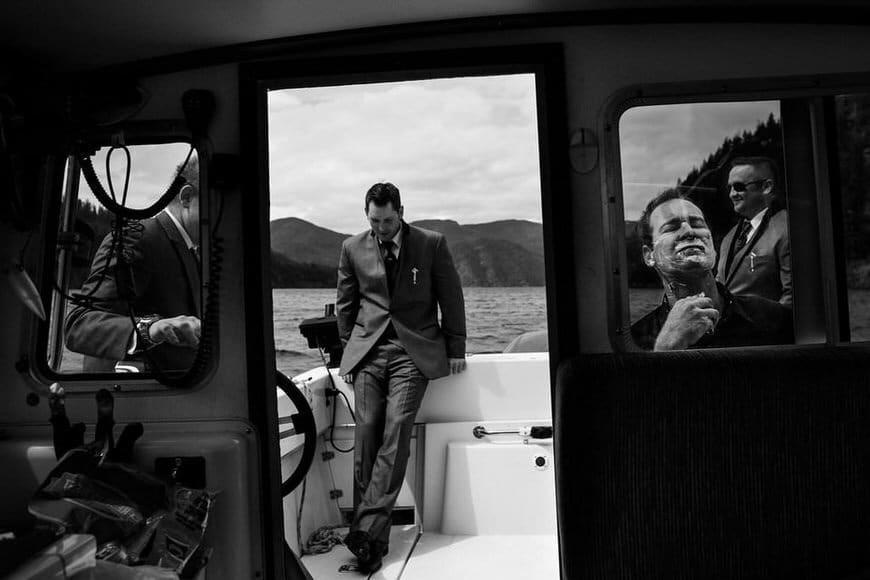 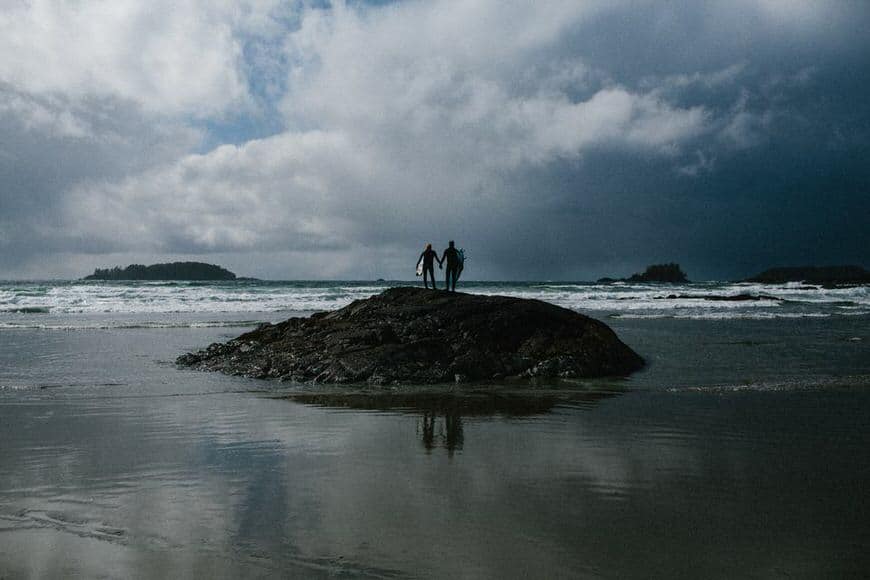 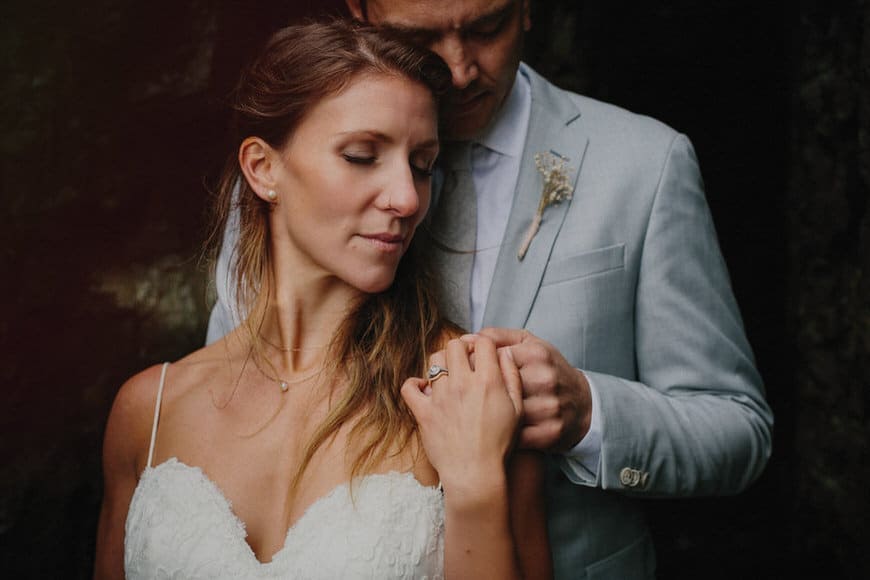 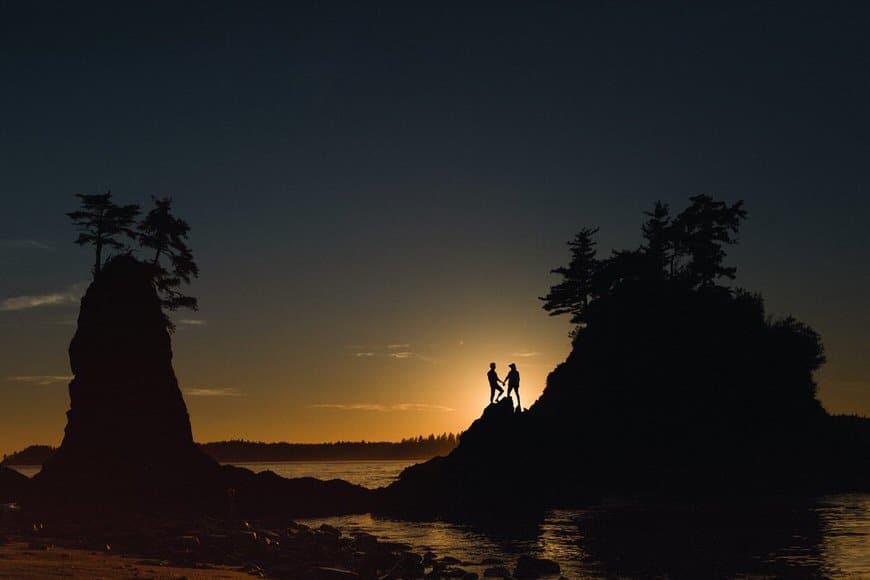 Heya! I’m a wedding & portrait photographer on Vancouver Island, located off the west coast of Canada in the Pacific North West. I live on the edge of the Salish Sea surrounded by beautiful coastal rainforests and mountains. And while I love to travel and work in new places, there’s no other place I would rather be with my camera in hand.

I used to carry a lot of gear, even as an assistant. In fact, I carried more when I was an assistant! It was a great time for me to experiment. When I first started, I was one of those people who just bought gear because it was talked about a lot on Flickr or looked cool. The best advice I can give when it comes to what gear to use is this: less is better. And since my first ShotKit write up a few years back, I’ve dropped a lot of my gear.

I still use two cameras, one flash, and I make sure to only bring three lenses with me. One, it’s better for my shoulders and back, and two, it lets me focus on taking better pictures and not worrying about lugging so much crap around. Ideally, I wish I could just go to a wedding with one camera and one lens.

This isn’t all my gear by a long shot, I still have a closet of junk, but it is what I would typically carry around with me for most gigs.

Filson McCurry Sportsman Bag – A well-built and well-designed bag that’s rugged, fits all that I need to take with me, looks beautiful and can be handed down to the next generation. I probably take this bag to seventy-five percent of my jobs.

– Think Tank bags can take years of abuse and still look and work like new. Think Tank has always made bags that are as close to the perfect bag that I’ve found. It’s the brand I started out with as an assistant back in the day and it’s a brand I still trust, especially when traveling. The most recent Think Tank bag I use at weddings is their Signature messenger. It has that Think Tank quality with an incredible modern design.

Canon 5D series – When I decided to take photography as a career, I bought the 5D Mark II

. It was a killer full-frame camera at a reasonable price. Years later I moved on to the Canon 5D Mark III

and couldn’t be happier.

. I sold it a while back and regretted the decision, but I’ve since moved on to the Ricoh GRII

and have LOVED it for street work. It’s a little wide for family stuff, but it’s really small, fits in my front pocket and takes pictures sharper than any camera I’ve owned. [Editor: the Ricoh was actually the best point and shoot camera of the year.]

I don’t really care for the colours. They’re fine, just personal opinion really, but I shoot 90% black and white with it anyway. My only issue with the camera is the lens has no protection and if I want a protective cover it becomes a lot less compact.

– I can’t let go of film. Never could. I wouldn’t shoot with all film professionally— it’s not my thing—but for personal family photos, I can’t get enough of it. It takes me back to being a kid and the grittier, the more grain and dust, the better.

Nate & Jaclyn from ‘The Image is Found’ are, for me, the single most inspiring film photographers in the wedding industry and probably the only photographers I’ve followed since day one. Their family photos on their personal blog are what keep me inspired. Check it out if you can. I used to shoot film primarily with Lomo

& iPod Touch – It’s one of the best and most used cameras I own. It’s legit, son.

Glass isn’t cheap, this we all know. So choosing one lens over another isn’t always very easy to do. I’ve found over the years that some of the lower priced lenses are just as good or better than their higher end counter part. So don’t always worry about not owning top of the line glass. I still prefer the 50mm f/1.4 over my f/1.2

– My go-to lens. It goes with me on every shoot, I’d be lost without it.

, it produces some sharp photos when you need that extra distance and I use it more. It’s replaced my other telephoto lenses for shoots where I just want to carry less with me.

Canon 580 EX II – I love these flashes, but I don’t shoot with them as much as I used to. Great light and easy to use, not much else to say about them really.

– Shake it. It’s a game changer and has not only made photographers all over the world look like hipster gun slingers, but it has saved our backs. There are times when I will use a Think Tank camera strap or Dome straps over the Money Maker, but for weddings, like my 35L, I wouldn’t leave the house without it.

with Flash storage, it’s ‘Bat out of Hell’ fast. When it comes to Lightroom, I wouldn’t edit on any other machine… unless that other machine is faster. You can see I also use an external drive for backing up images, no preference on brand.

– I love ’em! For my Lexar and Sandisk 16Gb – 64Gb CF & SD cards. They can carry 4 – 12 cards and more if you double them up in the single pockets. The one pictured is a special edition leather wallet and every now and then they release different designs.

– I keep a few spare batteries in these wallets. Great for keeping 2 – 4 extra batteries organized in one spot.