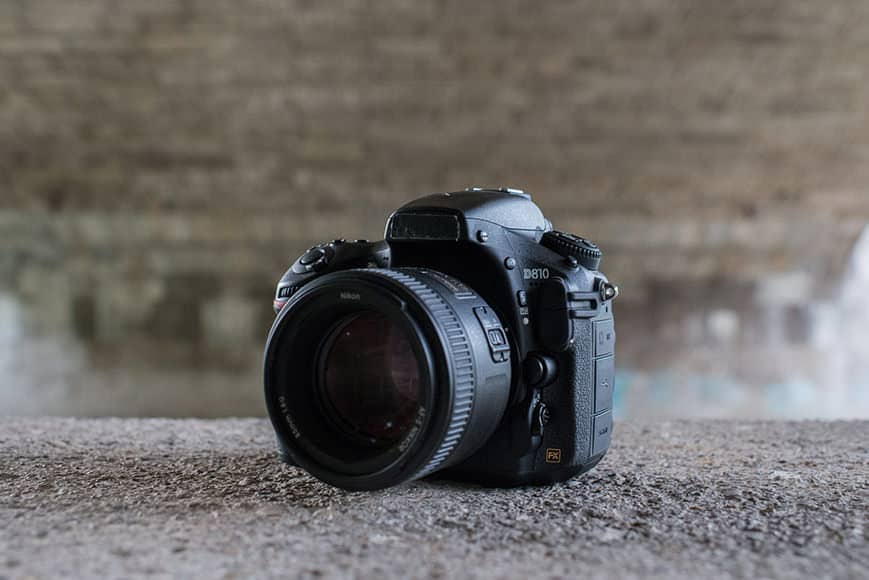 Lifestyle photographer from Munich Christian Brecheis was one of the first photographers in Germany to get his hands on the new Nikon D810. Rather than an in-depth review of the camera, this is a short and sweet summary of why Christian thinks that the Nikon D810 is a worthwhile upgrade, even coming from the original Nikon D800.

It’s probably going to be a controversial topic, so be sure to Share, Tweet and leave your comments at the end.

The images for this test have been shot at Munich’s river wave at noon, in harsh light conditions – a good way to get a first sense of the highlight-weighted metering method the camera offers. All images are straight from the camera, converted into TIFF using Capture NX-D and converted into JPGs for this article. No corrections have been made.

Nikon’s product cycle for top of the line D-SLRs is usually around four years, but every two years they revamp the existing camera model with more or less minor tweaks. At least this has been the case with The Nikon D3, Nikon D4 and now the Nikon D800.

First of all, let’s look at the current Nikon D800 – what are we talking about? A fairly compact D-SLR with the highest resolution on the market so far which is 36 megapixel. Not just the pixel count alone, but the overall image quality lets you shoot this D-SLR instead of a medium format camera on many occasions.

It’s got an autofocus system the same as the top sports camera Nikon has to offer, a frame rate of 4 shots per second and a ISO range that will do for almost any situation. You get a pretty lightweight, fast and accurate focusing camera with a high frame rate when compared to anything else in that niche.

To some the changes made to the new Nikon D810 may look small and not worth the upgrade. However, to me it’s pretty much what makes this the perfect camera. Let’s take a closer look.

Nikon states you’ll get the same autofocus performance now in this high resolution camera as in the also recently released Nikon D4S, an 11 frames per second camera.

There’s a focusing feature that makes it particularly interesting called Group-Area AF. It lets you put four focus points into a group that you can move around the viewfinder that is covered with 51 autofocus points. 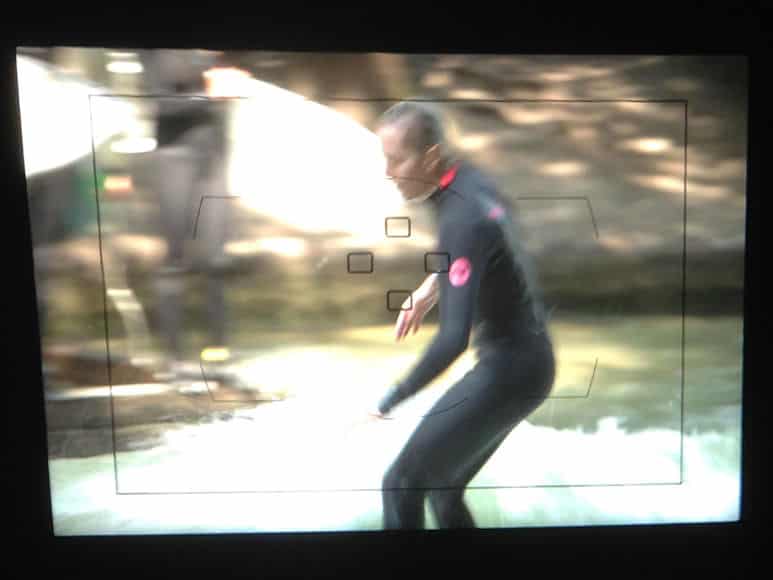 While 4 fps of the Nikon D800 didn’t sound like a particularly fast camera, in this super high resolution segment, this can be considered very fast. Now with the Nikon D810 the fps gets bumped up to 5 shots per second which should be pretty much enough for anything but sports.

Also, if you choose to shoot at a 1.2 sensor crop you’ll be able to gain 1 more frame per second, which gives you 6fps. By mounting the battery grip and cropping some more to the DX format, it’ll give you 7fps.

And 7 frames is great for a lot of sports situations. I’m not a fan of the DX format, but it’s nice to have for anything you’d shoot on a tele lens. 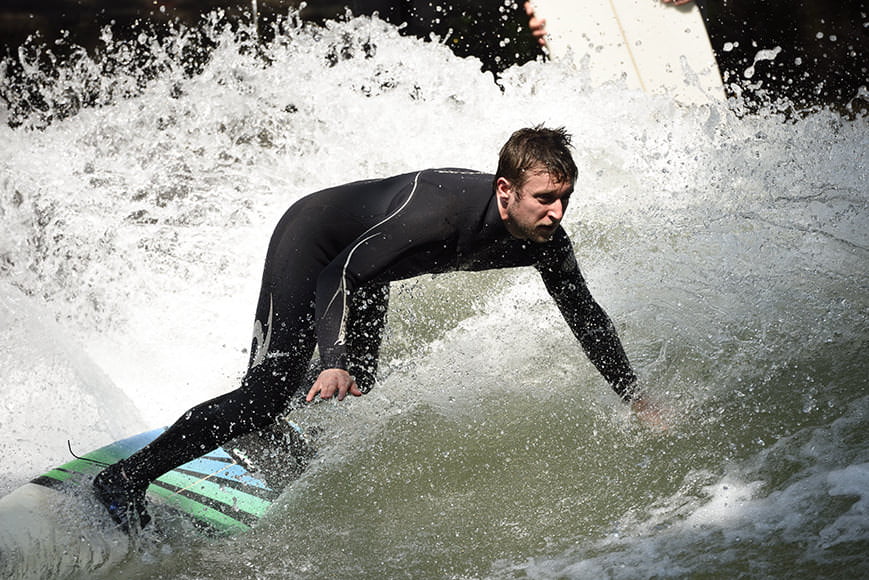 Shooting at a high frame rate will fill up the buffer of your camera quickly and it’ll take a moment until the camera writes to the card. With the D800 the buffer could take 14 images shot at 14bit compressed RAW.

When using a fast card, you could smuggle an extra frame or two into that when shooting at 4fps. Now you’ll get 19 shots buffered on the Nikon D810.

Apparently Nikon has plans to release a SDK, a software development kit, for the Nikon D810. There’s already the popular Magic Lantern addon for Canon, and I think we could be seeing some great stuff for Nikon soon.

You might like the Nikon D810 for its size and being fullframe, but don’t need 40mb RAWs all the time. Now there’s an sRAW option that will allow you to shoot 11-bit ‘mini-RAWs’.

There’s some debate whether this is a gimmick or not. It’s probably helpful in some situations where this format gives you still more options than JPG but you need to handle small files straight out of the camera.

Yes, the ISO range has improved. This might not be the biggest feature, but a base ISO of 64 is especially interesting for video, when shooting at a larger F stop without compromising your favorite shutter speed.

Most important however is that the high ISO images now have less noise – the ISO 3,200 shots are more usable now than before.

The video recording features are not as important to me as they might be to others, but the fact that there’s a low base ISO, 50/60 fps at full HD, a flat picture option, auto ISO in manual mode and a smooth aperture change during recording leaves me with nothing to wish for if I were to use this kind of camera for filming. Nikon has been listening to their clients on this one for sure. 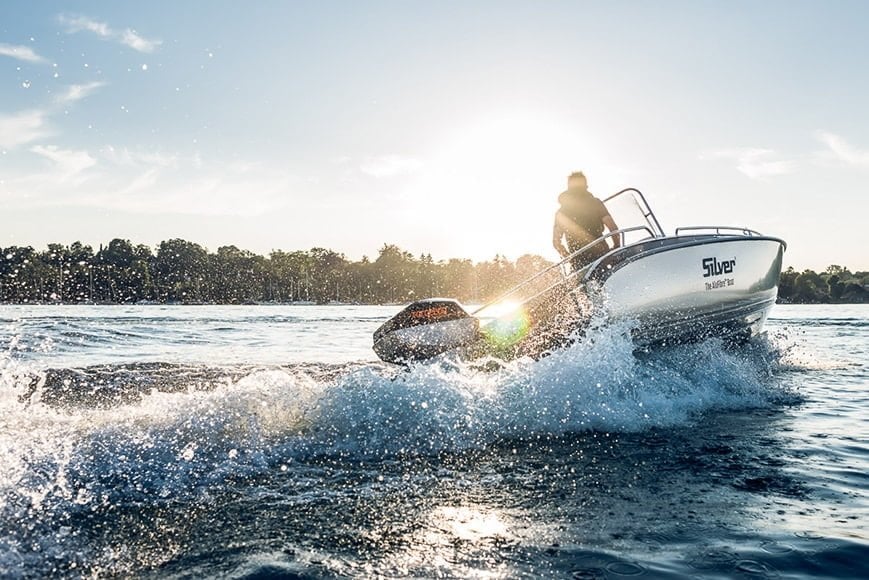 1/1000 f/5.6 ISO 400 (Nikon 35mm f/1.4) My client Torqeedo was cool enough to let us use an image for this review. I shot this on the first job with the camera. The Nikon D810 was a huge help to get it accomplished. With group AF it was easy to shoot with continuous focus even though I was on a shaky second boat, shooting another boat at high speed.

My personal conclusion is that with the Nikon D810 I get a camera that is precise, reliable, has nice handling and produces great images in an impressive range of circumstances. It’s the best tool available for me right now.

Nikon did not only develop the camera further on the technical side, but also the body design received some minor but smart improvements. The grip is a little deeper and the memory card latch is now covered with rubber.

Holding the camera with one hand is now more comfortable. A few buttons have changed and been added. The mirror and shutter have been redesigned, the camera is now much quieter, no more rattle – the shutter sounds very sophisticated ;) Overall I appreciate all the changes. 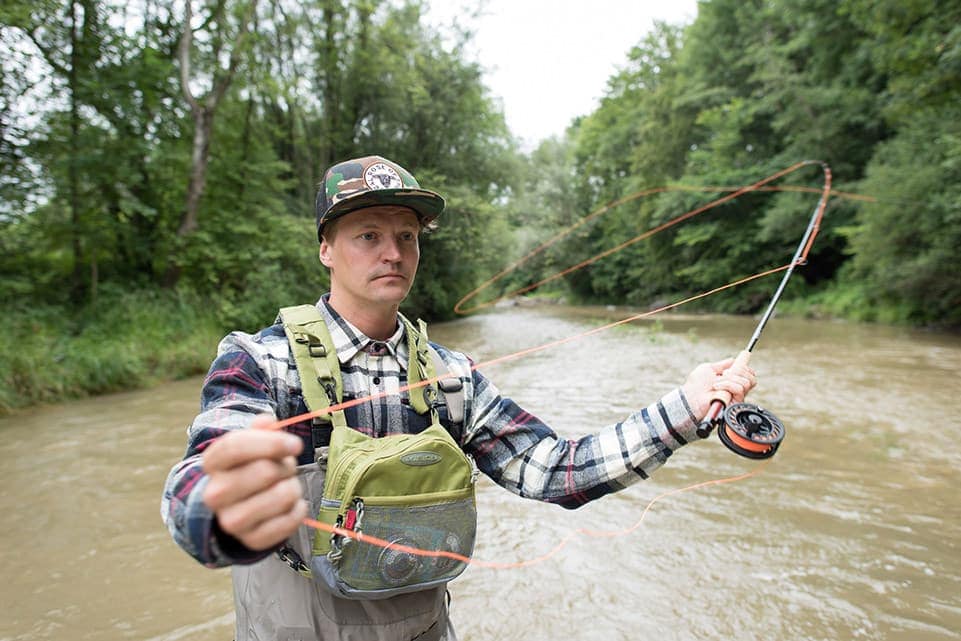 As for what could be improved in its successor – realistic or not, to me that would be:

– AF point coverage across the entire viewfinder
– higher dynamic range
– an option to choose between 18, 36 and 72 megapixel with 9 fps at 18mp
– even less noise at high ISO values