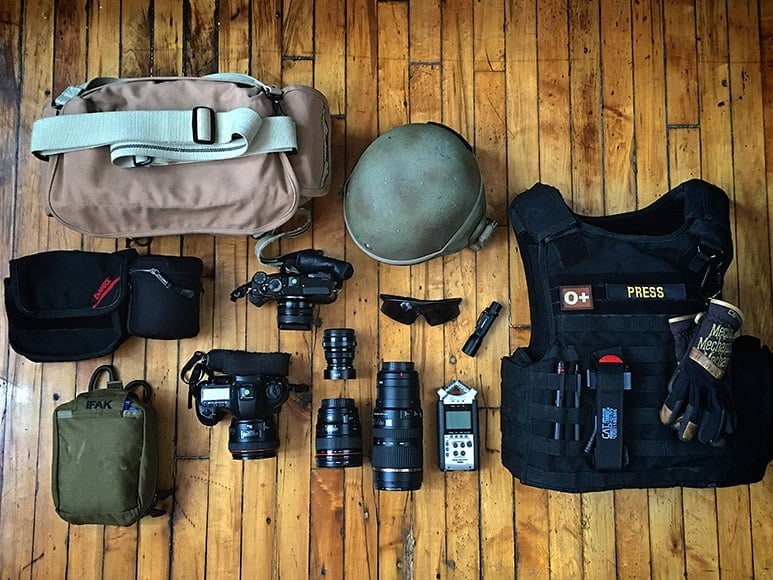 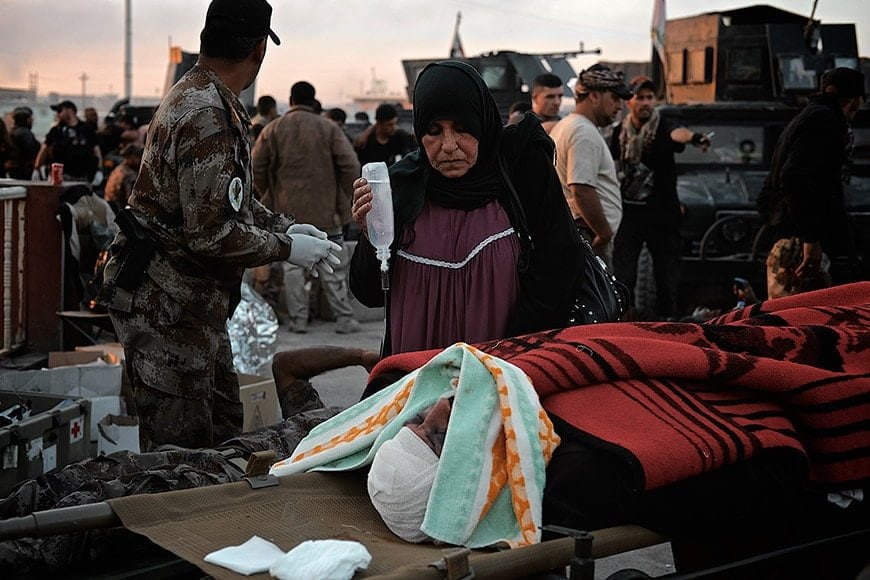 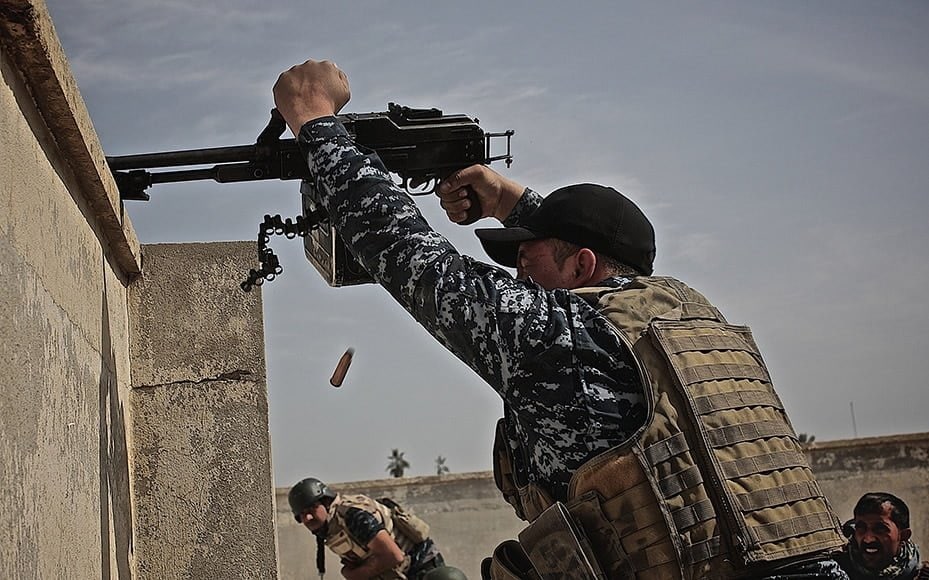 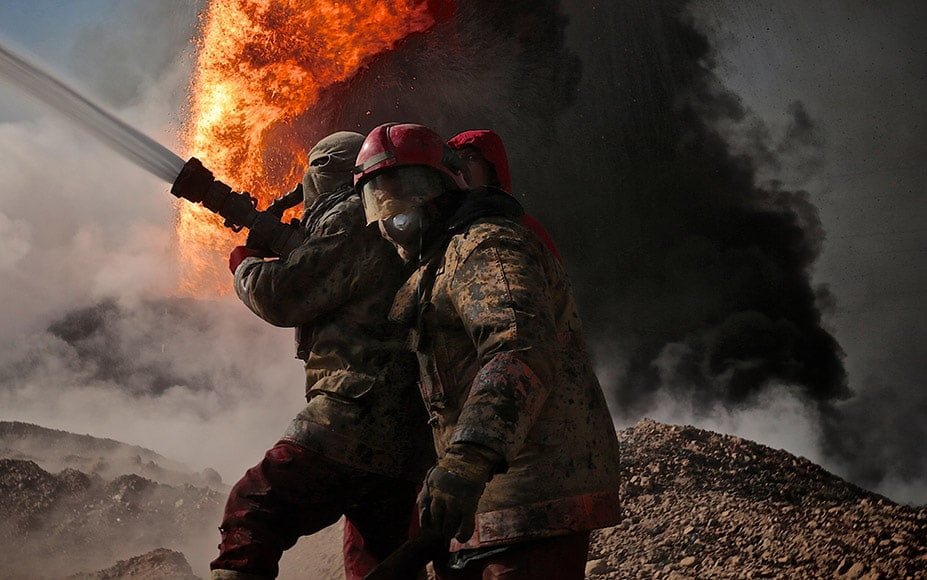 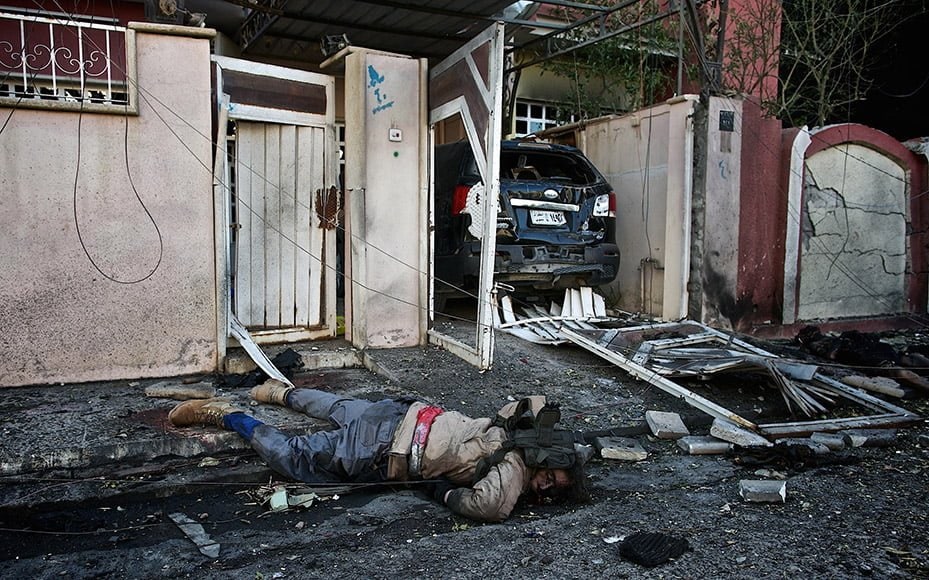 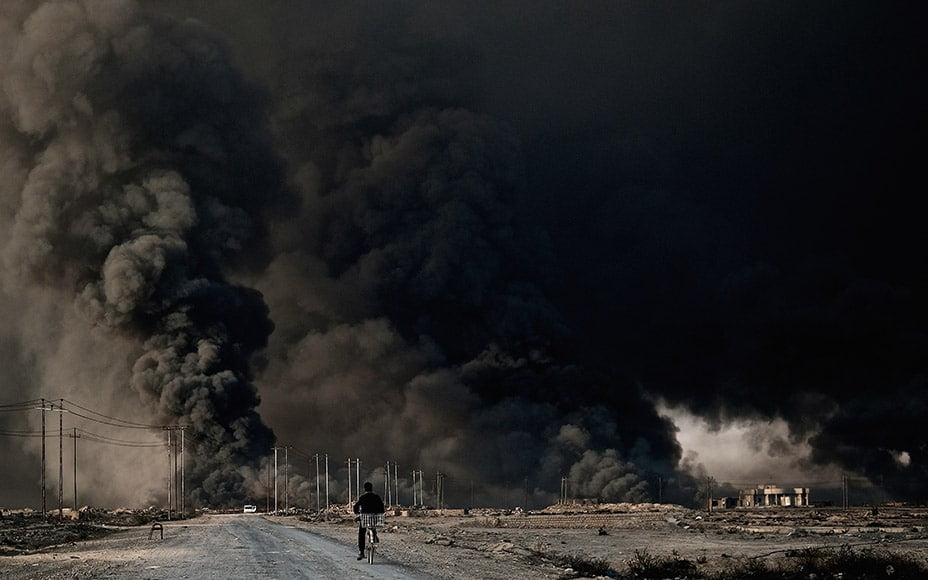 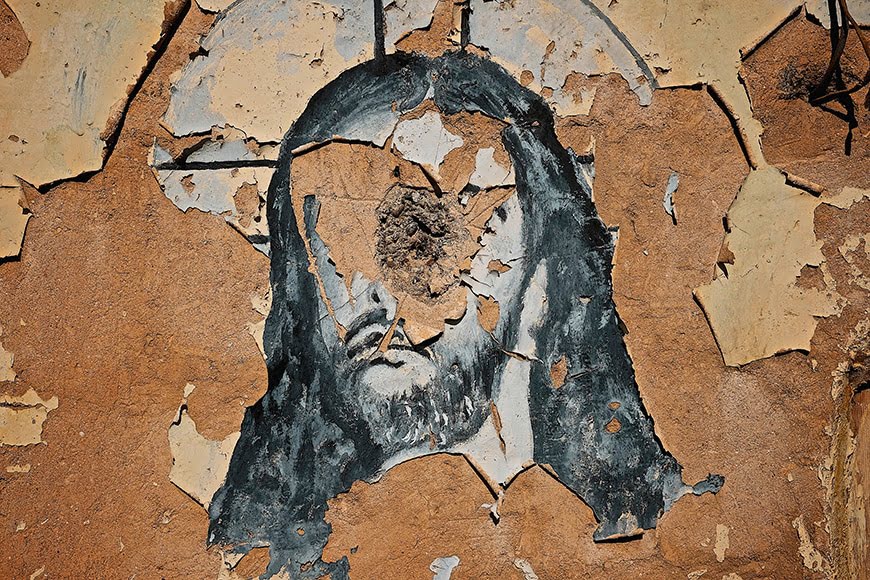 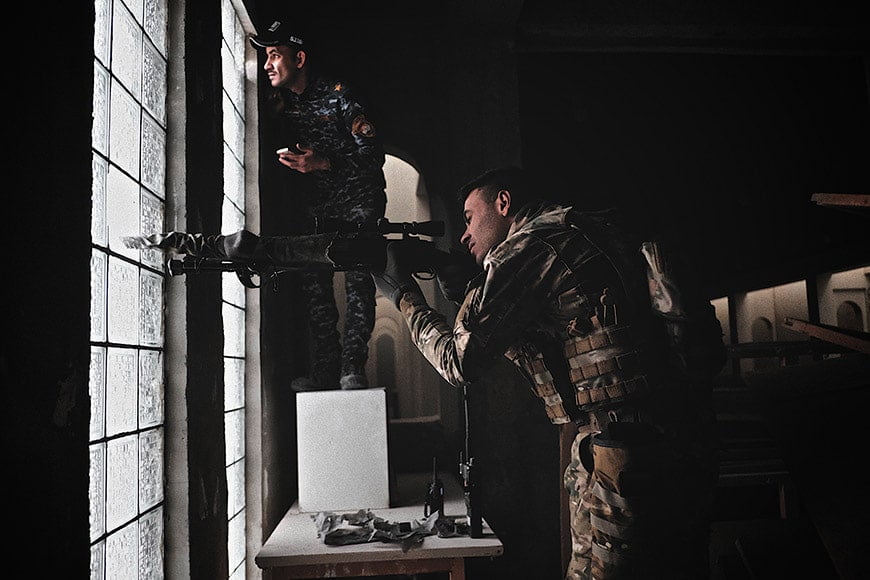 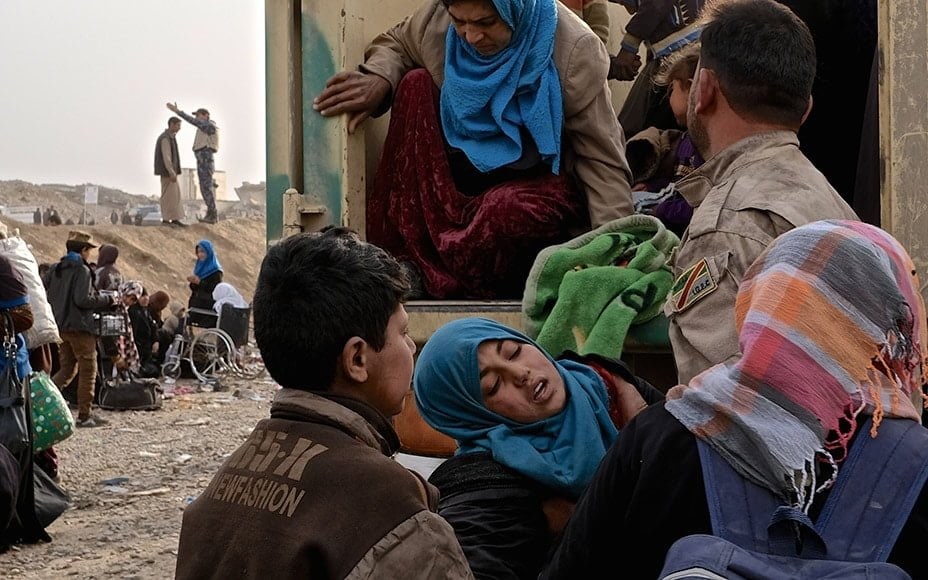 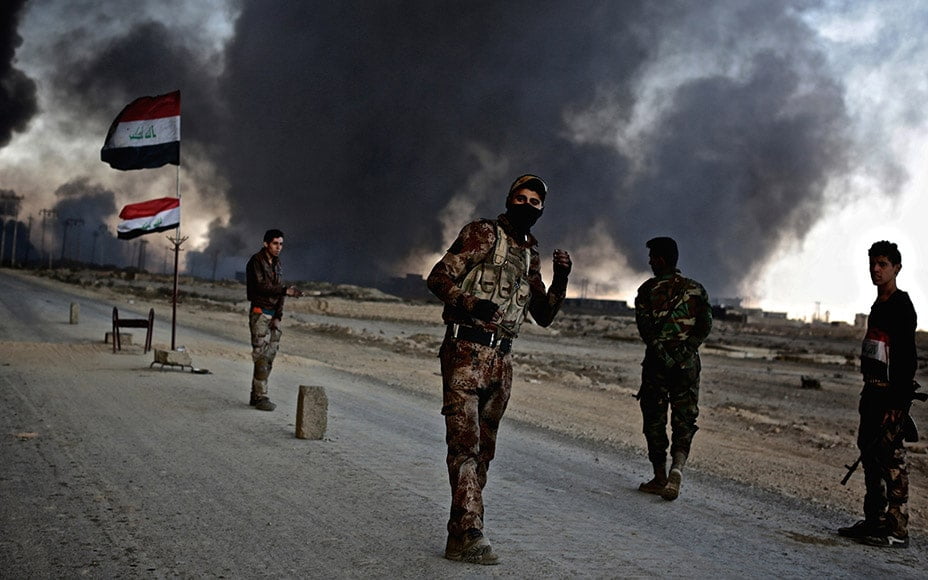 My name is Osie Greenway and I am a freelance photojournalist. Thank you Shotkit for the invitation and opportunity to share my work from the Battle for Mosul and the gear I used while covering it.

I began covering the conflict in Iraq in 2014 as the extremist militant group known as ISIS took swaths of land from the Iraqi government. I focused on the Kurdish Peshmerga in northern Iraq and their attempt to rid the north of ISIS fighters with help from western air power. The front lines became still in late 2015 with little movement until the announcement of the fall 2016 offensive to retake the city of Mosul from the militants.

Mosul is the second largest city in Iraq, home to almost two million Iraqis, and was heavily fortified by the militants who knew an attack was imminent. The start of this battle temporarily united ancient sectarian enemies to defeat a common threat to themselves and the rest of the world.

I personally couldn’t miss this historical event, and the possibility for a brighter future for the Iraqi people. I wanted to document as much as possible on the ground as it happened. Here is some of my photography work and the gear I used during my nine-month coverage of the battle for Mosul. I appreciate good gear and will search until I find a good deal for quality.

, and my Coast pen light

or whatever else may be needed.

Protective glasses made by Revision

. I chose this pair because it passed specific shrapnel testing. They have other inserts like clear and yellow. They look pretty aggressive, but there is so much flying around out there I would like the best for eye protection – and think it may be these shades. Also to the right is another smaller Coast flashlight

and a Gerber pocket knife

Above is my Kevlar helmet with SureFire helmet light attachment

. Having lighting was important in Mosul – used wisely – because there was no electricity unless you were at an established base with a generator.

with Fuji grip and Domke strap

is my backup body. I chose it because of the weight and its inconspicuous size and incredibly silent shutter. I dislike that shoddy retro dial, it is frustrating to operate. I have given this body a thrashing however and it seems to have taken it pretty well.

with an old metal HOYA hood I found at flea market in Brussels. Not a fan of the 18mm it was a cheap backup purchased last minute before flying to Iraq. The 35mm f/2

is a great lens though.

and 24mm f/1.4. This is my primary body and it has taken a bit of a beating. Several buttons have fallen off, including the dial, but all-in-all an amazing camera. I will be updating to the Mark IV

. To the left is my secondary body, the 5D Mark II

. I have been through several of these bodies and always appreciated their durability. I have enjoyed the 5D series since the Mark I

: Pretty amazing older mic. Thankfully no problems with this piece. It’s made some great sound for my video work.

. Lots of good space in there, but a little much to be jumping in and out of vehicles with. I would usually leave this in the truck.

and Calumet lens bag. These were field trades with other photographers. I would not buy these new. I’m not a huge fan of Domke’s velcro as it is very flimsy and weak after some use.

. This is my personal medical kit. I carried everywhere. I try to carry enough to help others in case a multiple casualty situation happens. It is filled with CAT tourniquets

and field trauma equipment to stop bleeding and get the wounded patched up to move to a field clinic or the nearest hospital for further lifesaving treatment.

I along with several other colleagues founded the International Journalism Project which is focused on supporting and sharing the work of freelance journalists covering conflicts worldwide. During the Mosul offensive, we were able to conduct two certified combat medical safety training for 30 local and international freelance journalists who were covering the Mosul offensive.

The project was able to establish a long-term base for international journalists who were covering the battle to live and work from. It is important that these organizations get the financial support needed to continue their contribution toward making journalism a safer and more internationally protected profession.