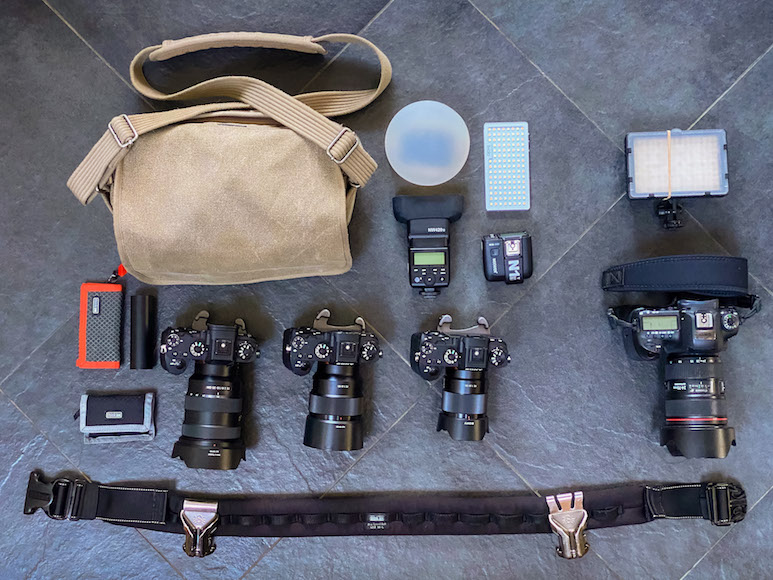 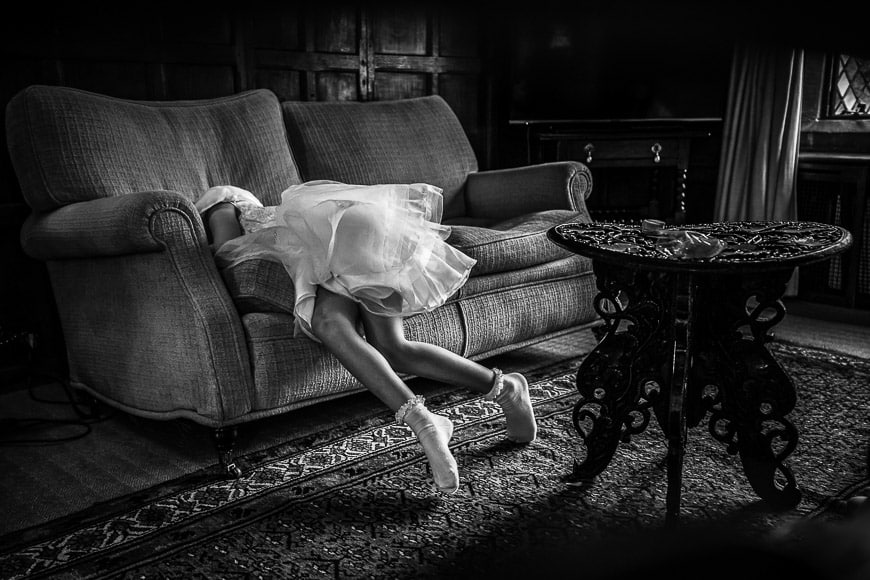 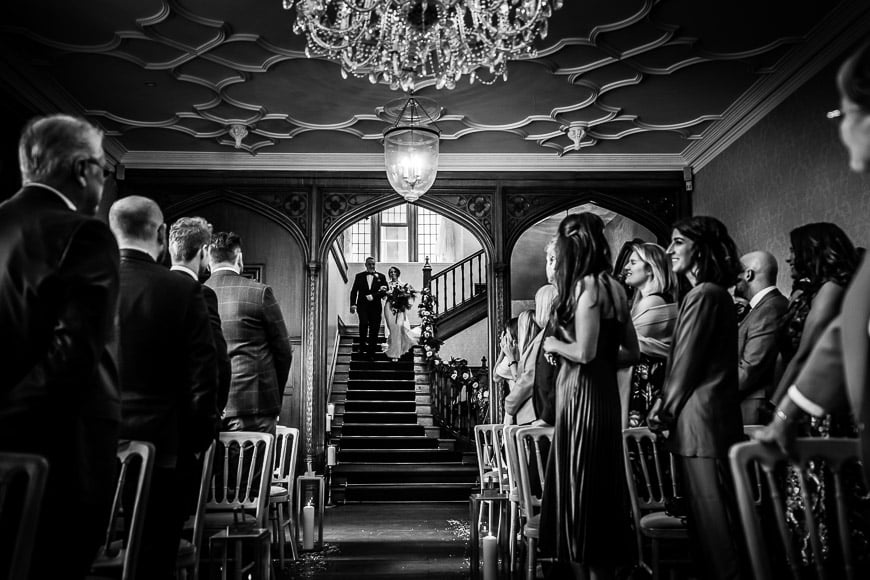 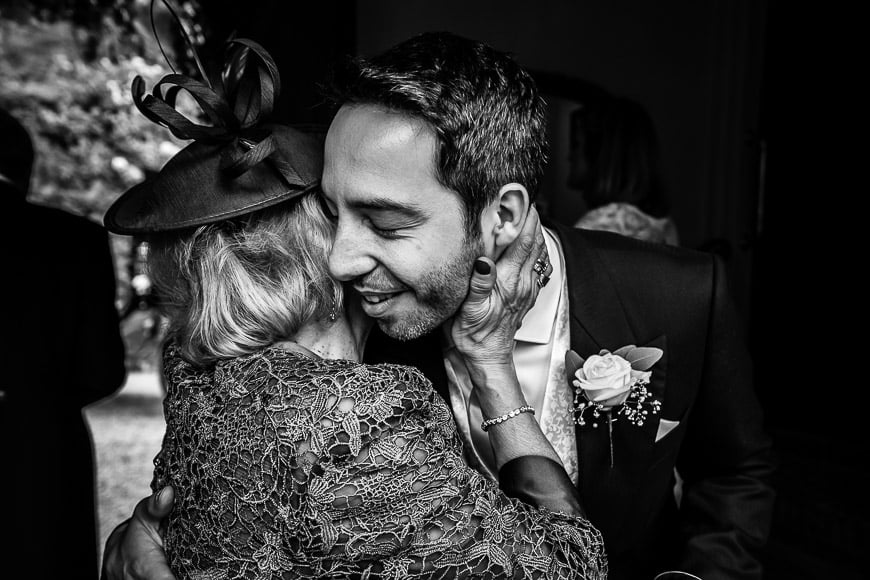 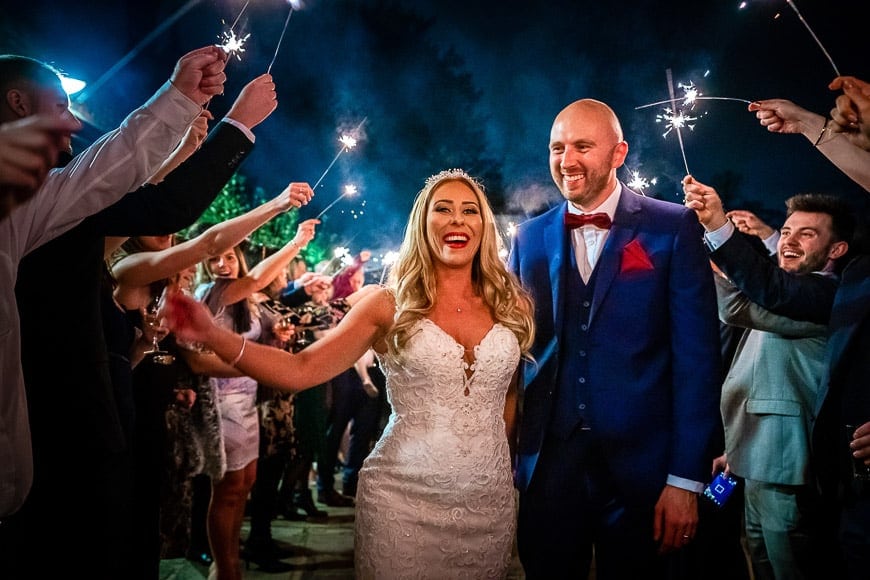 Hi, I’m Paul Tansley, a documentary wedding photographer, based in Hampshire, UK. Together with my wife Carol, we are Tansley Photography and have been shooting weddings together since 2008.

I met my wife, Carol, on a trip in San Diego while assisting on a fashion shoot; she was the art director. We were married in June of this year, after being together for 25 years.

She’s a vital part of our business and has played a part throughout my photography career. We’ve been shooting weddings together for the last 11 years and have captured over 300 weddings so far.

Aged 23, I travelled to Rome to study to be a fashion photographer at the Istituto Europeo di Design.

Upon my arrival, I got a job as a photographer’s assistant to one of Rome’s top photographers, then spent two years going to college in the morning and assisting every afternoon.

After college, I returned to London and became a freelance photographer’s assistant. During that time, I worked with many renowned fashion photographers, including a few jobs with Annie Liebovitz, when she was in London.

Assisting is a great way to learn the ropes and see lots of different photographers’ work.

Most of my fashion career was shot on a Mamiya 645 system, which I loved. It was a friend and a beautiful camera to use.

In 1999, I got my first freelance fashion job for the Daily Mail. After a couple of jobs on film, they asked me if I could shoot the next one digitally.

I hired a Kodak DCS520 (2 megapixels) and shot the job. That was the last time I shot film for them. From then on, everything I shot for them was digital.

In 2000, Canon launched the Canon D30 (3 megapixels), the first affordable professional digital camera, I bought one.

I still shot film for most magazines back then. They took a while to realise digital was the future. A few years later I sold the Mamiya and haven’t shot a roll of film since.

I don’t miss it. I far prefer the flexibility digital gives me in creating images in-camera and in-post.

After 12 years of being the Daily Mail’s highest paid fashion photographer of the time, they asked me to cut my fee by 25%. I refused and never worked for them again.

So, eventually, I had to seek other work. It didn’t help that a lot of other clients had closed magazines down and work was drying up in editorial fashion all over London. So, I became a Wedding Photographer!

We shot our first wedding in September 2008. Carol came along to help out and has shot with me ever since.

Although not a trained photographer, Carol has the most important element a photographer needs. A great eye for images and an innate understanding of how to see with a camera.

Too many photographers think the gear does the work. It doesn’t. Good gear merely helps you along the path. It doesn’t take the pictures for you.

Which leads me, nicely, to our Gear.

What’s in the bag, what do we take to weddings? I travel light!

Over the years, I’ve gradually gone over to shooting weddings with just two lenses. A 16-35 and an 85mm.

I used this setup first on the Canons, so it was natural when I moved to Sony, to carry on with the same combo.

This is almost a classic documentary wedding photographers setup. 35+85mm. However, I sometimes find 35mm too restrictive in small UK venues and enjoy shooting really wide, showing the whole scene of a room.

I like images that feel like you are there, in the scene. Not just viewing it all from a distance. Shooting party shots at 16mm is also great to give unusual effects to images on a tightly packed dance floor.

My third A9 is my spare body. It now has the new Sony 35mm f/1.8 on it. It’s a lovely little lens. And is great when the light levels drop.

I rarely ever change lenses and prefer to keep things simple. The 16-35 + 85mm setup gives me a huge choice of focal lengths to cover almost all situations during a wedding, and, at most weddings, it’s all that I will use.

I’ve always wanted a silent camera. The 5D3 we used to use was very quiet. The 5D4 was also not too bad. But I wanted silent.

I tried a Fuji XT1, then replaced that with a Fuji Xpro2, but neither camera suited how I shoot. I never felt at one with them.

Then I tried a Sony A9. Wow, I was sold. This thing focuses like no other camera I’ve ever used. So accurate, so many times. So many in-focus frames. All done 100% silently.

With the ability to see the exposure live, through the viewfinder, so that I can make any slight adjustments using my own eyes. Not shoot a test frame, then check, as I used to do with the Canon’s.

I love my A9’s. They are small and light, far less strain on my wrists all day. Far less weight to carry in the bag. They really are a joy to use.

As a wedding photographer wanting to capture natural wedding moments, being able to shoot totally unobtrusively, silently, no flash etc., is just brilliant.

I mostly use the viewfinder, but will occasionally swap to the flip out screen to do something overhead or hold the camera at waist level to capture guests seated around a table. They are far less aware of you taking pictures this way.

On arrival at a venue, my main A9 with the 16-35 and the A9 with 85mm go onto the Spider Clips. So, the bag is just kept with the spare camera inside, out of the way.

Think Tank DSLR Battery Holder 2. I carry 2 spare A9 batteries. I normally shoot the first camera battery up until the meal or speeches, then swap it for the 2nd battery just to cover the evening’s events. I also carry a spare Canon battery for Carol’s camera.

Anker PowerCore 5000 portable charger, useful to top up the phone on long days out.

Iwata GL-01 117 LED. Held in my left hand, camera in my right hand. Battery lasts for ages. Great even light source, that’s easy to control. I use it for all my cake cutting shots and first dance pics.

Neewer NW420s Flash This is a rebranded Godox V350 flash. Powered by a Lithium Ion battery which lasts for ages. No AA batteries to worry about.

I use a MagMod MagSphere (silicone dome) to give a lovely soft halo of light around my subjects.

The Spider Holster Clips + Think Tank Pro Speed Belt.  I really dislike camera straps. They always get in the way. A couple of years ago I found out about the Spider Holster.

However, I already had a really good padded belt, the Think Tank Pro Speed. So, I decided to use that and simply add the Spider Clips to it.

Spider actually makes a clip designed to fit this belt. I have one of these and also the original clip. The original one compresses the belt a little, but still works fine.

Spider plates. I took the plates from my Canon setup and moved them to the Sonys. I could swap these for the smaller version, but the large ones work just fine. I reversed them though because fixed the normal way, they block the Metabones adaptor, if I have to use that.

When it gets dark she uses a Neewer CN-160 LED light panel on top of the camera. I used this same light for 3 years, until I changed to the Iwata.

Op/Tech Super Classic Strap with Uni-Loops, so it’s removable (if I’m using it, the strap goes).

Other Gear (normally stays in the car):

Billingham Bag – 25 years old. I bought it in my first year as a photographer. The inner padding has all disappeared, it’s just a holdall now.

Sony 24-105mm f/4 – Bought it with the 3rd body. Makes a good backup lens and useful if you’re stuck at the back of a church, for example.

Metabones mk5 Adaptor – Sony/Canon lens adaptor – it works great with my old Canon lenses and the Sigma 35mm f/1.4, however, native Sony lenses focus faster and are simpler to use.

Spare batteries for the Canon 5D4 and Sony.

A new Camera bag – Think Tank Retrospective 7 mk2 (pinestone). When I need something a little bit bigger than the 6.