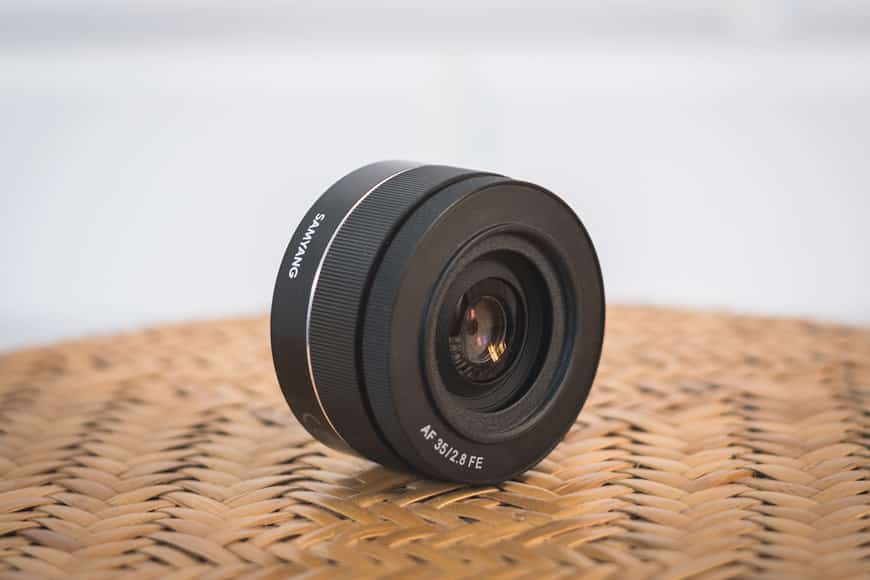 I love small lenses. Leaving Canon and moving to Sony meant no longer being able to use my beloved Canon pancake lens, and I immediately started searching for an alternative.

This is a Sony e-mount lens that will make your Sony full frame camera feel more like a compact camera, and it makes an excellent standard lens on any Sony APS-C body too.

Rokinon also manufactures this lens under the name Samyang, and the name you encounter will sometimes depend on where you’re buying the lens.

If you need a small, affordable (cheaper than the Rokinon 35mm f/1.8), lightweight lens that’s well suited for walk-around, street, or general use, this could be the one for you.

Let’s find out if it’s the best pancake lens for your money, here in 2022. 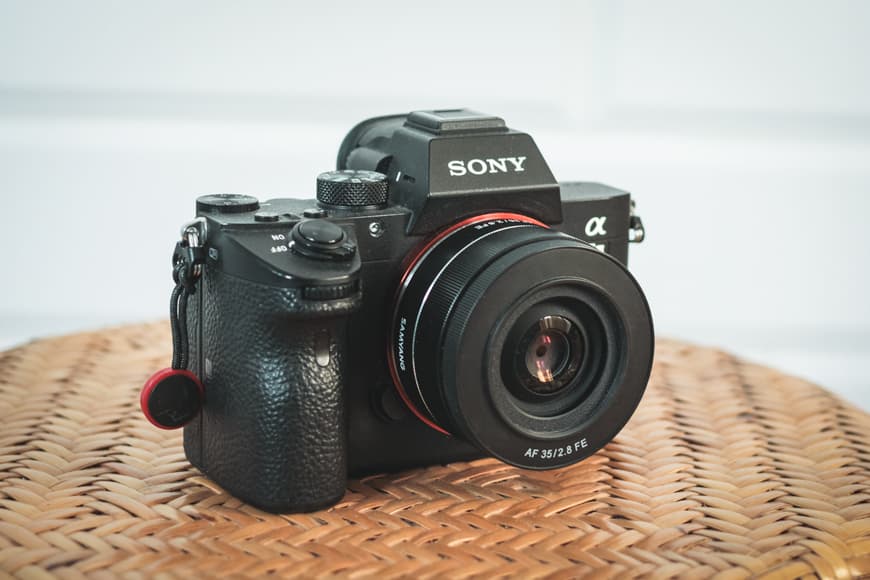 What immediately stands out with the Rokinon AF 35mm f/2.8 is how small and light it is.

As a comparison, most iPhones released in the last three years are more than twice as heavy!

How Rokinon has managed to produce a lens that packs in autofocus but still feels as light as a feather is very impressive.

The flipside, inevitably, is that this lens does not feel very refined.

Its light weight is a reflection of its low price, and though the plastic shell doesn’t feel cheap, it’s very different to the solidity of one of its nearest competitors — the Sony Zeiss Sonnar T FE 35mm f/2.8 ZA.

Notably, though, that lens is more than twice as expensive as the Rokinon 35mm f/2.8. 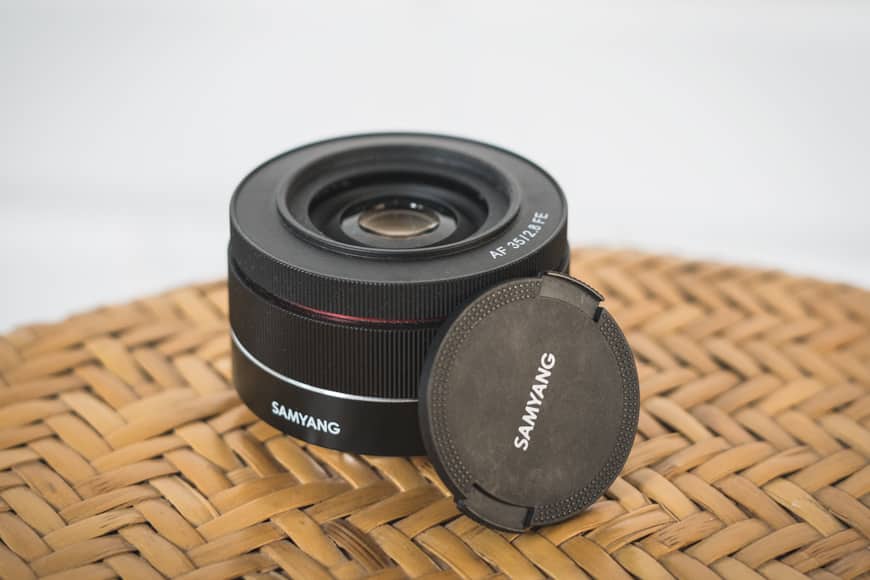 As you’d expect, there’s no customisable ring or button, and not even an AF/MF toggle. The focusing ring feels as though it has been dampened, but not in a way that feels satisfying.

The lens cap is tiny and included in the box is a very lightweight lens hood that I’ve never used as I’m not sure what it achieves beyond offering your lens a very small amount of protection against knocks.

Perhaps realising that one of the draws of this lens is that you can just throw it in a bag and forget about it, Rokinon has included a rather cute little protective case. 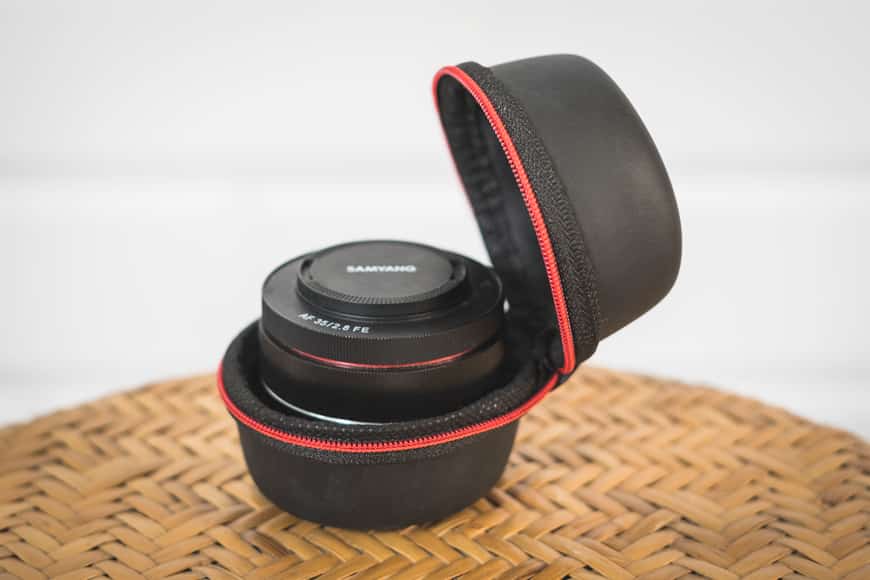 One marked absence with the Rokinon AF 35mm f/2.8 is weather sealing.

By comparison, my version of the Samyang/Rokinon 35mm f/2.8 had a visible speck of dust behind the front element after a month of shooting.

Admittedly though, I take it rock climbing on a very regular basis and my hands are often covered in chalk.

Because of the bargain price of the Rokinon 35mm f/2.8, I’m not too precious about my use of this lens, and this means I can shoot more images as a result.

So far, image quality has not been compromised.

One other item included in the box is a note from one of the Rokinon executives saying that the lens has passed through quality control.

In the past, Rokinon has had a little bit of a reputation for variability, and the presence of this note suggests that this is something they’re determined to address.

(If you need something slightly wider and faster, check out the Samyang 24mm f/1.8 FE reviewed here.) 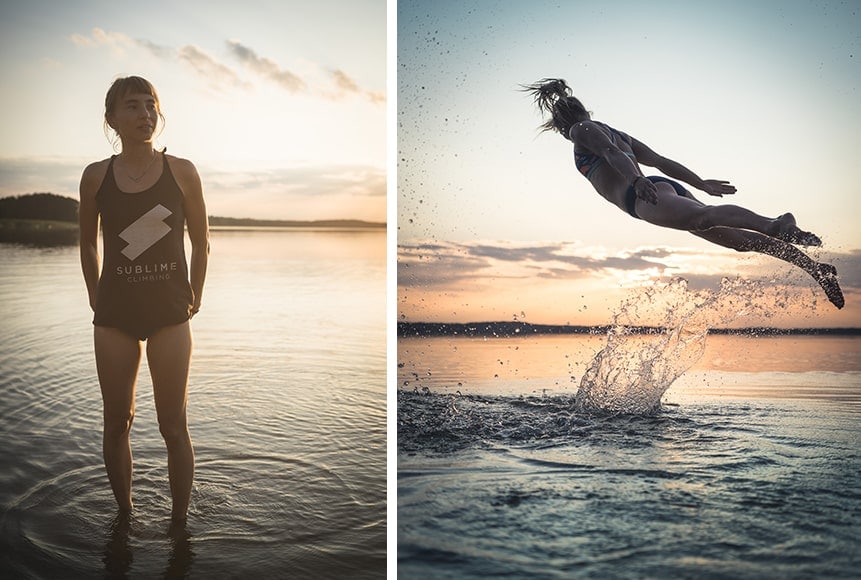 With only seven elements in six groups, there’s not a huge amount of glass for the autofocus motors to throw around and the Rokinon AF 35mm f/2.8 feels very quick as a result.

As you might expect from a lens at this price point, it doesn’t do brilliantly in low light, and eye autofocus is not as good as a Zeiss or Sony lens.

That said, it performs respectably well, and stands up well against the Sony FE 50mm f/1.8 – a lens that’s in a similar bracket in terms of price and build quality.

The autofocus is not the quietest, and when shooting video, it has a tendency to chunter away even when it has achieved a sharp image.

For vlogging, the onboard mic is probably not an option unless there’s a lot of ambient noise to cover the sound.

When it comes to pancake lenses, Canon set the bar fairly high with the sharpness of images produced by the EF 40mm f/2.8 — previously one of my favourite lenses when I was shooting on a Canon EOS 6D.

I was delighted to discover that the Rokinon AF 35mm f/2.8 performs equally well, with sharp images across the whole aperture range.

Corner sharpness drops off when shooting wider than f/4, and the centre becomes a touch softer when fully open at f/2.8. Despite this, image quality is excellent when you consider the size and weight of this lens.

Contrast in the highlights can be lacking at times, and contrast across the image will drop a little when you ask the lens to deal with direct sunlight. Colour fringing is surprisingly minimal, and distortion is well controlled.

Check out these sample images taken with the Rokinon 35mm f/2.8: 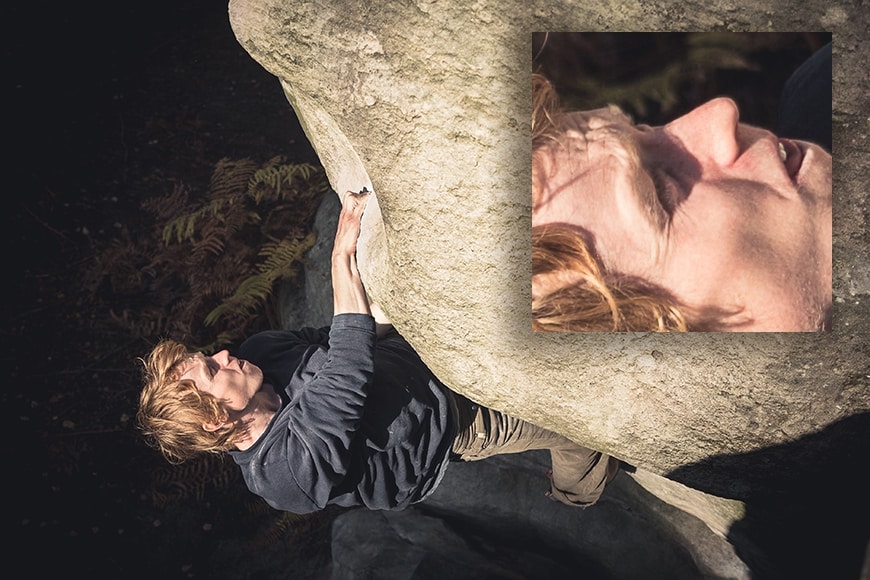 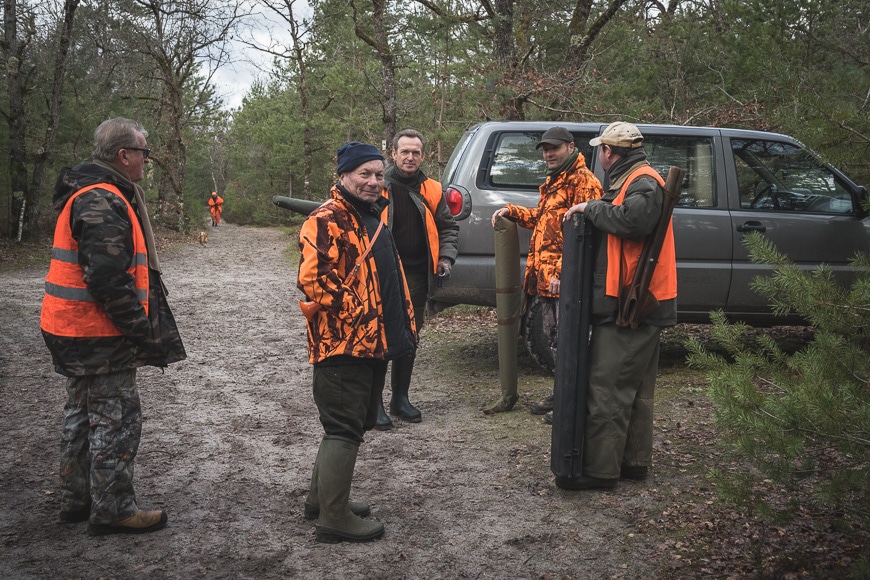 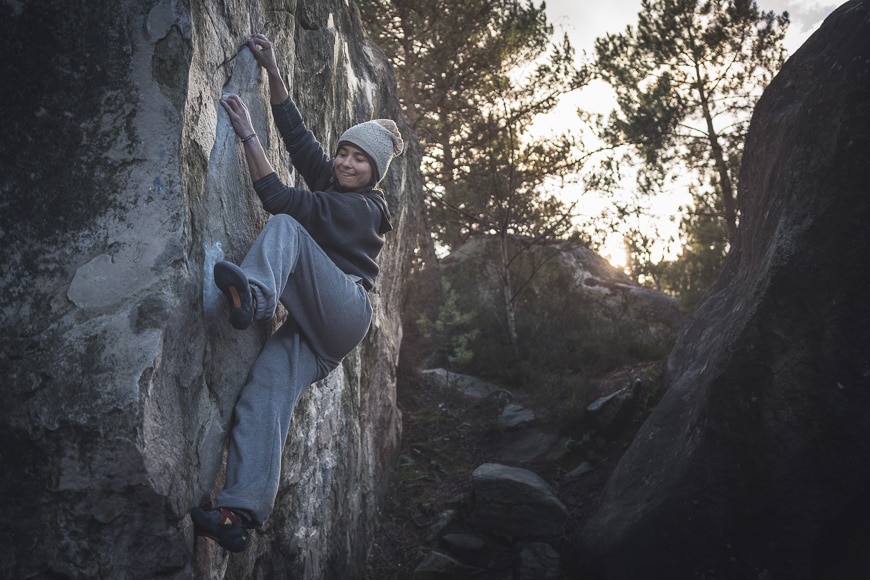 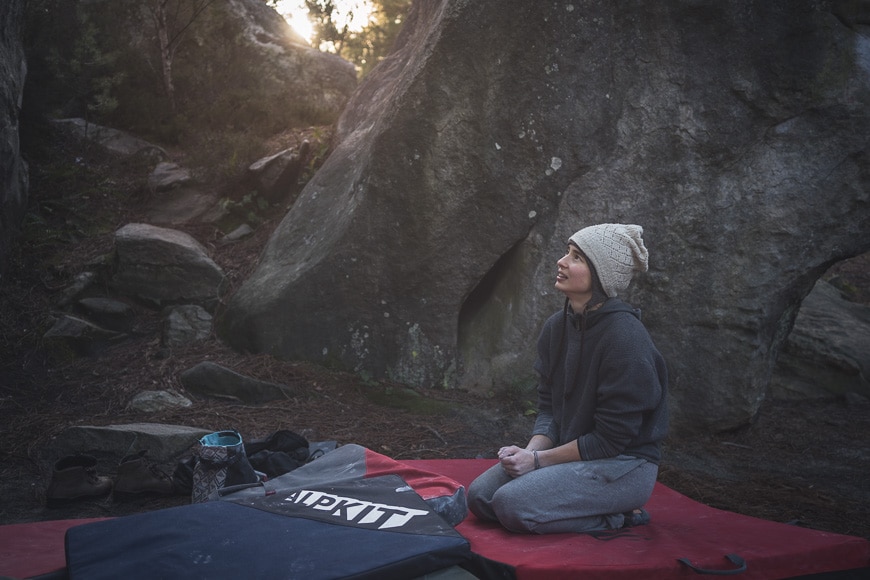 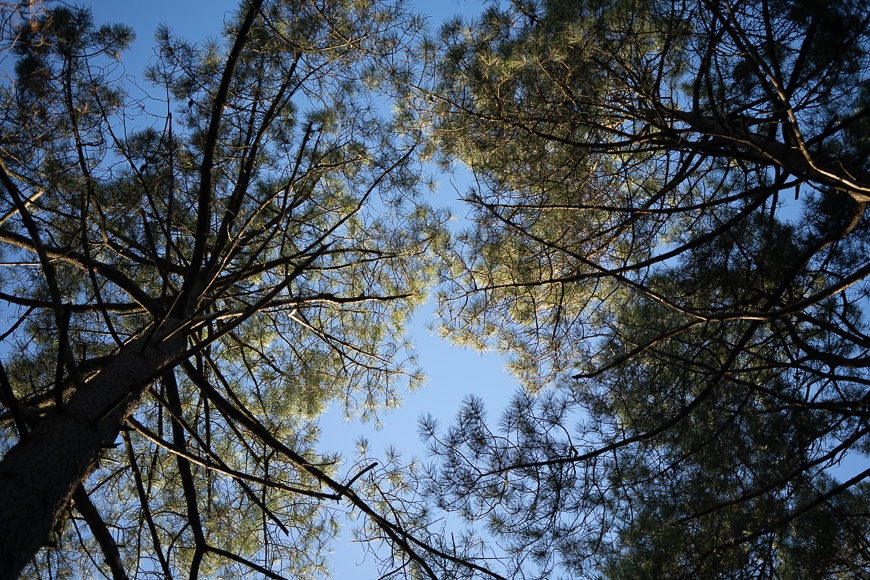 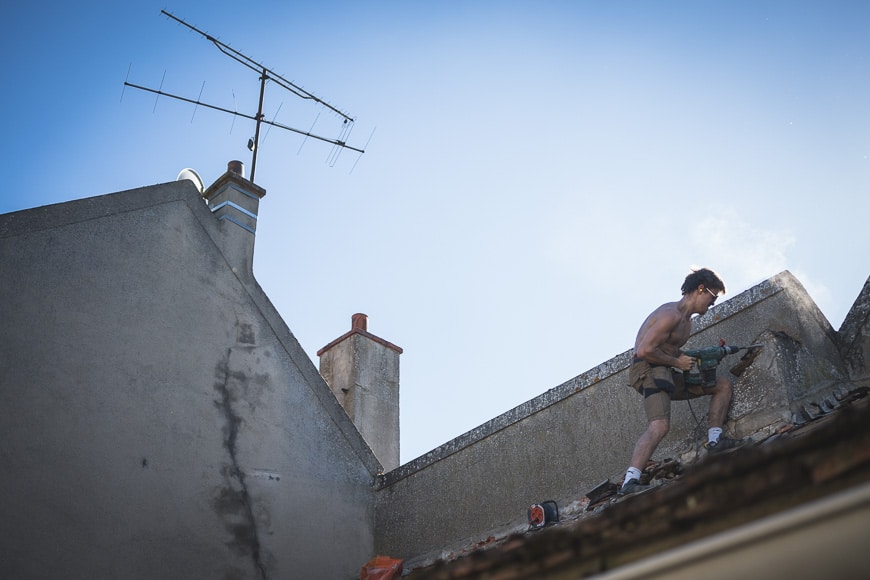 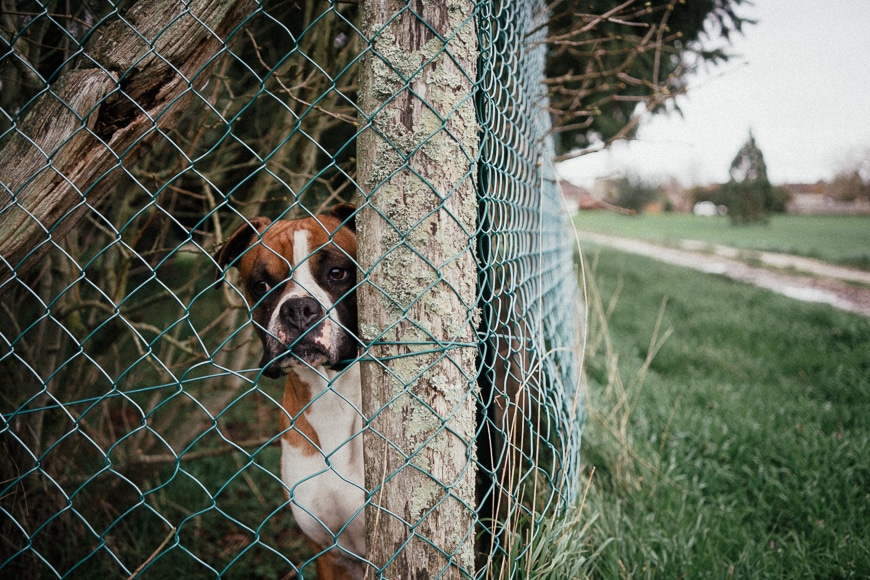 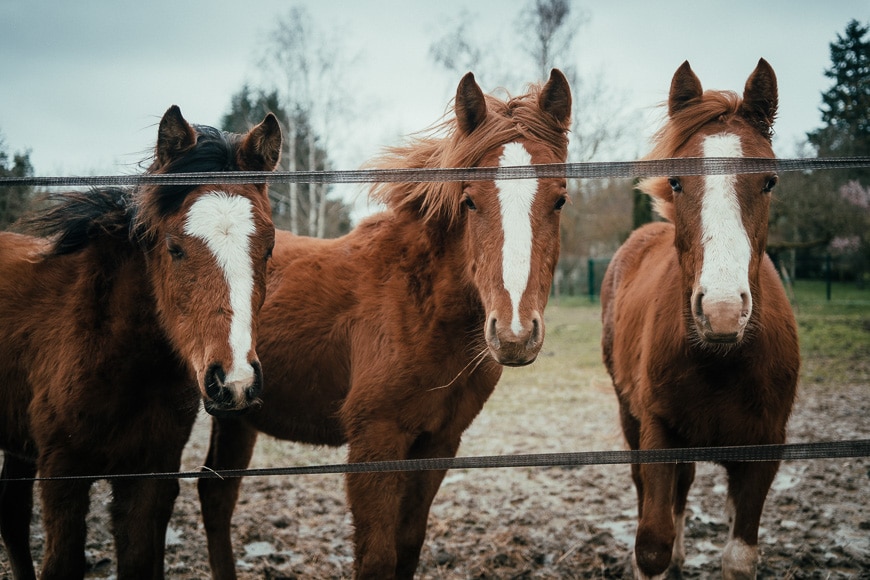 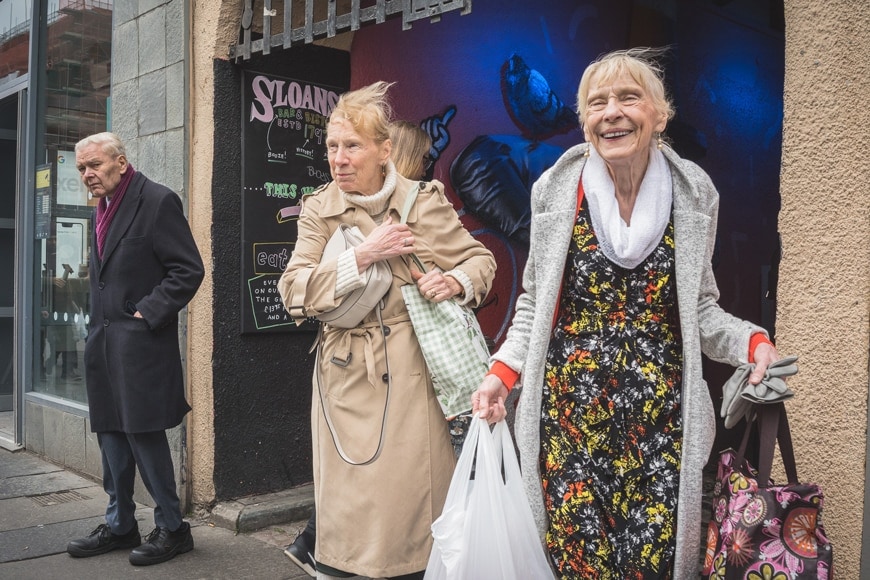 At this price point, there is nothing else on the market that offers such good image quality combined with autofocus performance.

If you need something more robust, you can pay a little extra for the Tamron 35mm f/2.8 but autofocus will be noticeably slower.

Your other option might be the Sony FE 35mm f/1.8. You’ll get a lot more lens — remarkable sharpness, great build quality, weather sealing, fast autofocus — but you will also pay almost three times as much.

The Rokinon AF 35mm f/2.8 makes an excellent lens for those wishing to buy their first prime, or perhaps add to an existing nifty fifty without spending too much money.

Obviously the f/2.8 maximum aperture isn’t particularly exciting, but as a walk-around lens for shooting friends and family, or as a street photography lens where you want to be unobtrusive, this lens is a bargain. 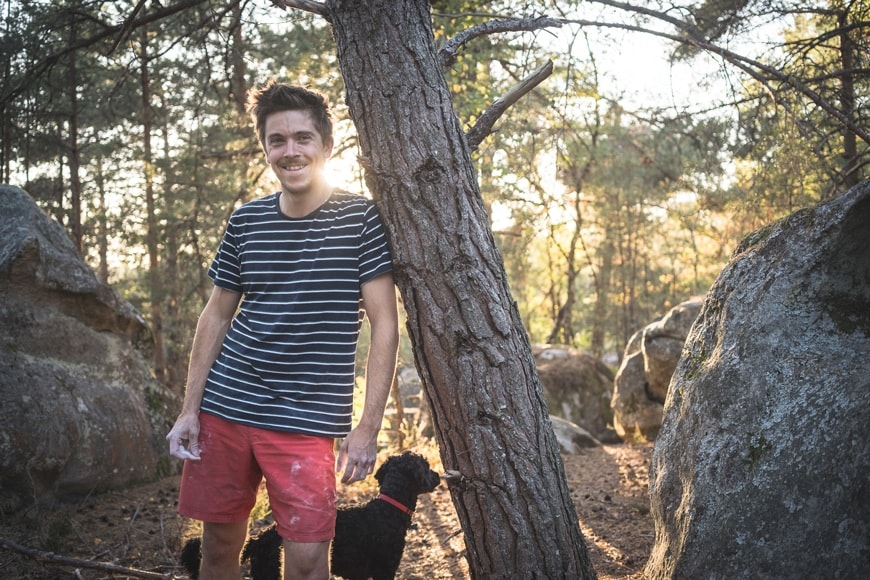 When it comes to photographing my friends and family, walks in the forest, hikes up a mountain, and shooting on the street, the Rokinon AF 35mm f/2.8 is my lens of choice — assuming it’s not raining.

A weather-sealed version would probably be my perfect day-to-day lens.

As someone who likes to travel extremely light whenever possible, this 35mm lens is an excellent option.

When I’m shooting for work, I add a grip and much bigger glass onto my Sony a7 III, but for casual shooting, I strip it down and my Sony feels almost like a compact camera when the Rokinon 35mm is attached.

For APS-C shooters, this isn’t quite the fast nifty fifty that you might want, but its small size and low price makes it an excellent option if you’re after a prime lens that offers a standard view.

The Rokinon Af 35mm f/2.8 is significantly cheaper than the Sony E 35mm f/1.8 OSS for APS-C cameras, not to mention that it’s almost half the weight.

Overall, Rokinon has produced something quite exceptional with this tiny, lightweight lens.

There are sharper, heavier options, but they’re all more expensive and they probably won’t be as fun as the diminutive Rokinon AF 35mm f/2.8.