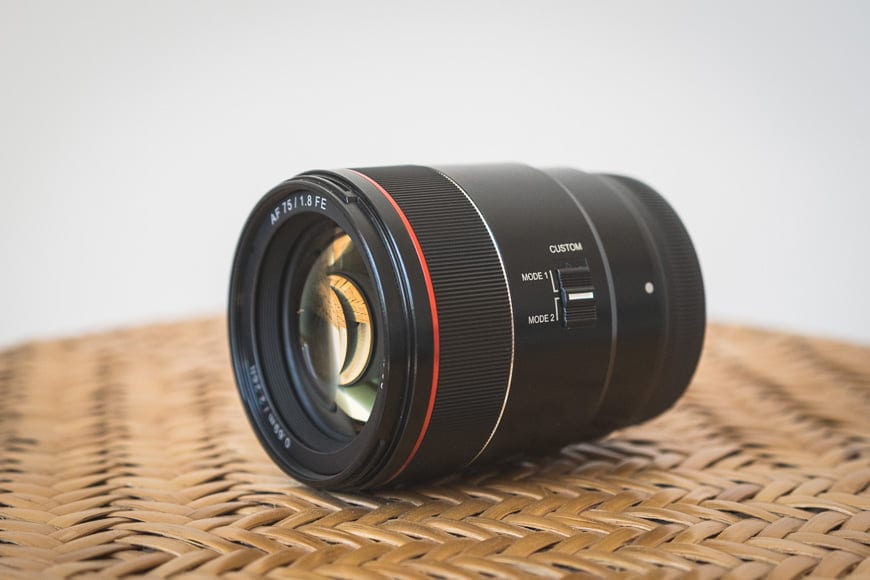 Step forward the Rokinon/Samyang AF 75mm f/1.8, a Sony-compatible lens that shaves 10mm of the reach of your classic portrait length while dramatically cutting down on size and weight.

Sharp and sophisticated lens in a compact form, for an impressive price.

It also contains a unique feature: a focus ring that can be reprogrammed at the flick of a switch to control your aperture – no other Sony lens currently offers this.

Rokinon manufactures this lens under the name Samyang, and the name you encounter will sometimes depend on where you’re buying the lens.

If you’ve ever wished that your nifty fifty were better suited for portraits, this could be the lens for you.

As an affordable, everyday prime for capturing people, this lens is fantastic. 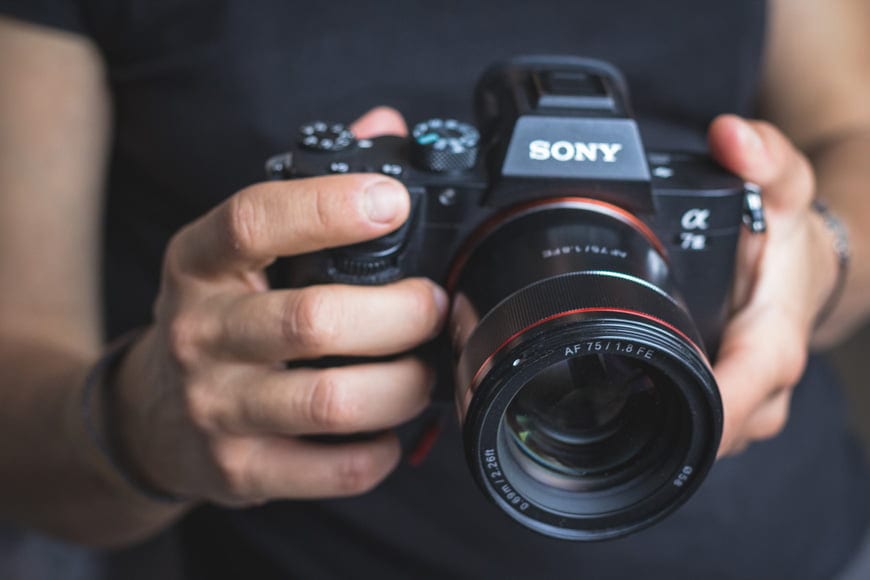 What immediately stands out about the Rokinon AF 75mm f/1.8 is its diminutive size and weight. For a prime lens of this focal length, it’s tiny, and at just 8.11 oz (230 g), it’s incredibly light.

It’s significantly smaller than the Sony 85mm f/1.8, and less than two-thirds of the weight. Despite being closer to 85mm in terms of its focal length, the lens is nearer in size and weight to Sony’s nifty fifty, the Sony FE 50mm f/1.8.

While 85mm f/1.8 lenses typically become much fatter towards the front element, the Rokinon AF 75mm f/1.8 is almost completely cylindrical, nearly as slim at its front filter as it is at the bayonet.

This is an affordable lens designed for casual use, and being so light, it doesn’t feel like it would appreciate rough treatment. The plastic shell doesn’t have the refined feel that you’ll find on other lenses.

This is a lens without bells and whistles, and there’s not even an autofocus toggle switch, never mind a customisable button. However, there is a CUSTOM switch which allows you to flick between MODE 1 and MODE 2. 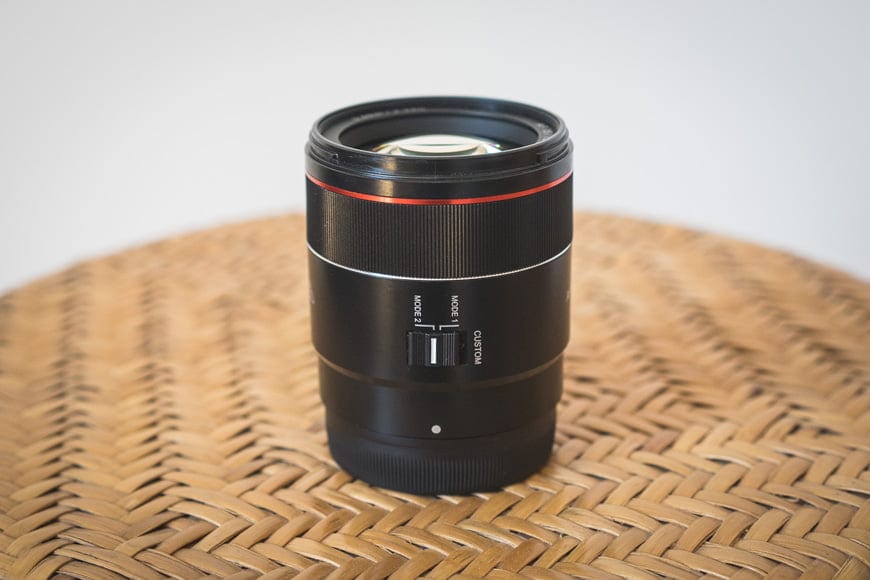 This is a truly innovative feature. In a time when autofocus is the norm, and it’s not unusual for a lens to lack an autofocus toggle, Rokinon has come up with what could be an ingenious idea: the focus ring can be repurposed to control aperture.

Unfortunately, you need a very light touch to change the aperture, so I don’t use this feature too much as I don’t want to accidentally bump my settings without realising.

In addition, by opting to have the ring control your aperture, the camera’s own dial for changing the aperture (typically the one under your thumb) no longer functions.

As I’m hardwired to set my aperture using this dial, changing away from this would take some getting used to. 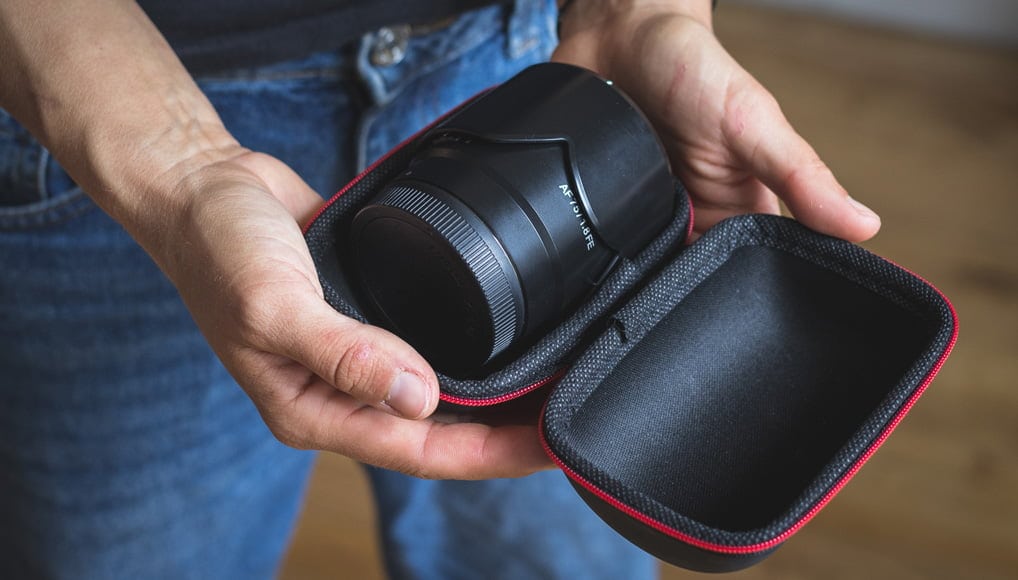 The lens ships with its own semi-rigid clamshell travel pouch. This zips together to allow you to throw this in a non-camera bag (or perhaps even a very large jacket pocket) for those times when you’re out and about with your camera around your neck.

This is something I really appreciate from Rokinon. Given that this is a lens designed for casual use, the option to have it packed conveniently in amongst stuff that isn’t camera-related means that I’m even more likely to take it with me as a complement to my 35mm pancake when hanging out with friends and family.

As you might expect at this price, there is no weather sealing. 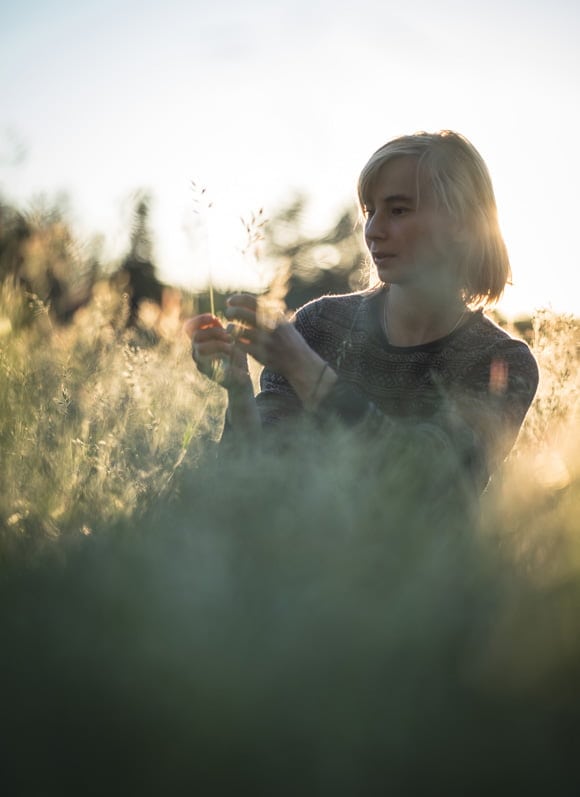 As a very affordable, third party lens, the autofocus speed should be a lot poorer than it is. However, perhaps because the elements are so small and light, the lens is surprisingly snappy.

The Sony 85mm f/1.8 will be quicker and perhaps do slightly better in low light, but the Rokinon 75mm f/1.8 performs solidly in most situations.

Perhaps also due to its size, the autofocus is pleasingly quiet.

More expensive, heavier lenses will be faster, but this lens does far better than it should, given its size and price.

In short, the bokeh on this lens is gorgeous. You’ll struggle to spend this amount of money on an autofocus lens and get this amount of bokeh, especially with such great quality.

Again, given the size and weight of the lens, it’s truly remarkable.

Colour fringing on strongly backlight edges is minimal, and there’s only a very slight colour shift between out of focus areas. There’s no noticeable distortion.

Contrast drops when shooting directly into the sun, but again, not as dramatically as you might assume.

Images are plenty sharp enough for the vast majority of photographers, and more than sufficient for those using this as an everyday lens for snapping portraits of friends and family, or perhaps for street photography.

The center becomes sharper when closing up from f/1.8 to f/2.8, and the corners then become equally crisp at f/4.

However, this lens isn’t quite as sharp as other third party glass. If you’re a pixel peeper, this lens probably isn’t for you.

Check out these sample images taken with the Rokinon AF 75mm f/1.8: 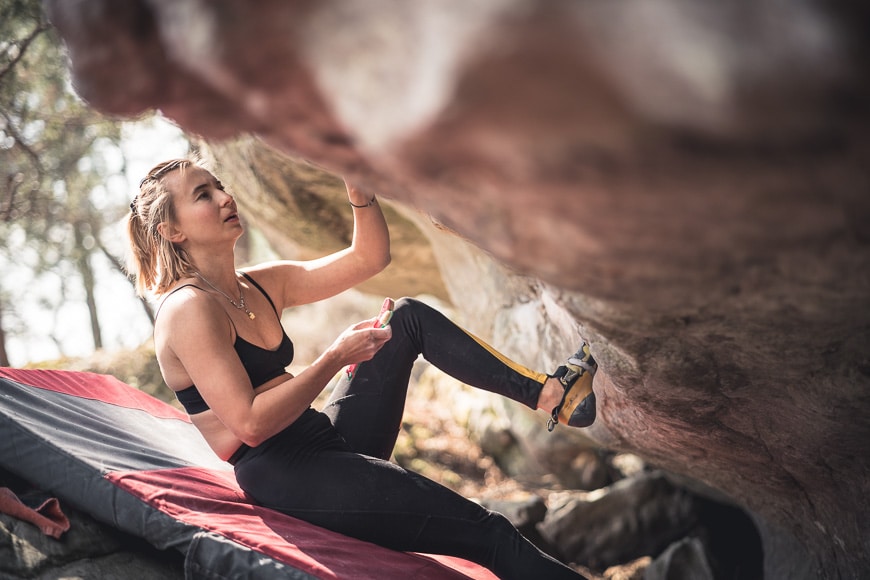 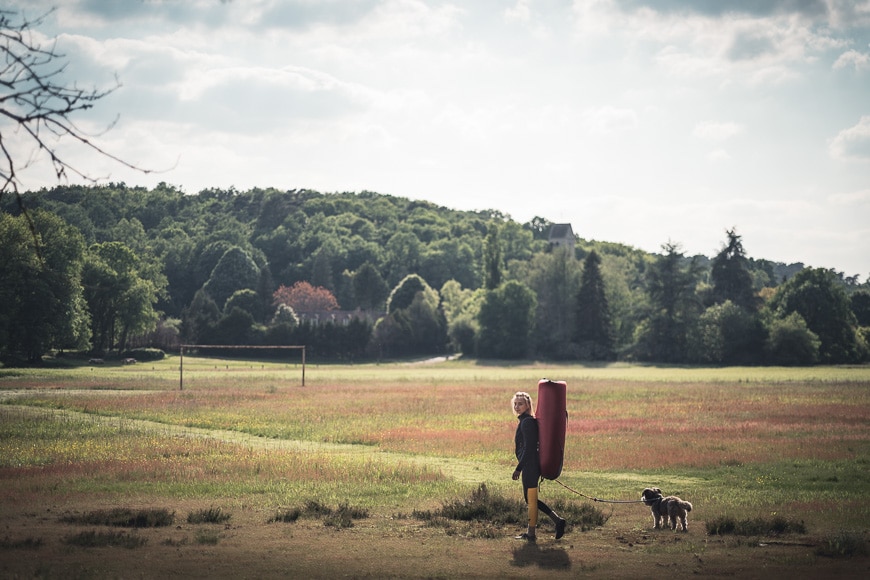 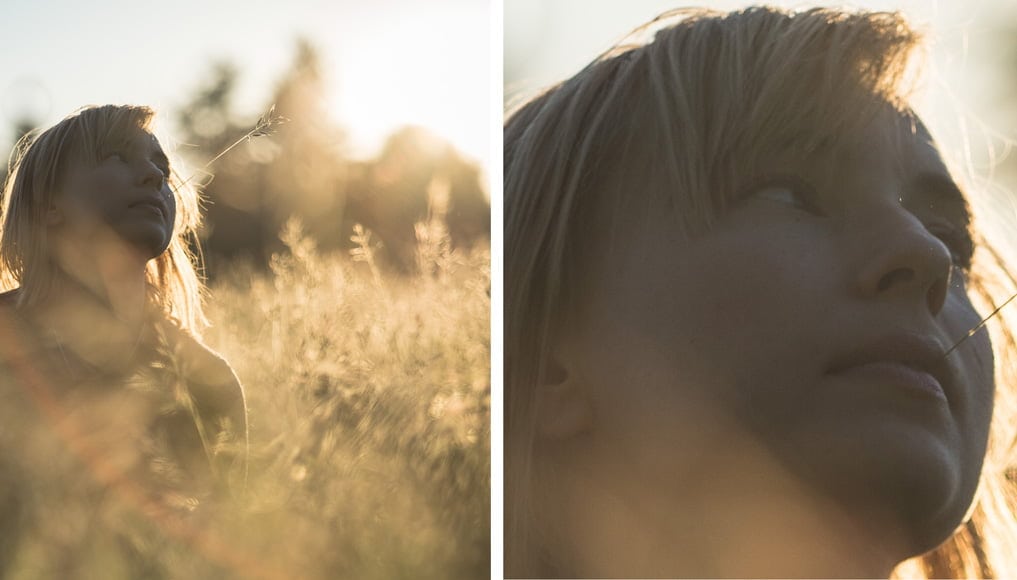 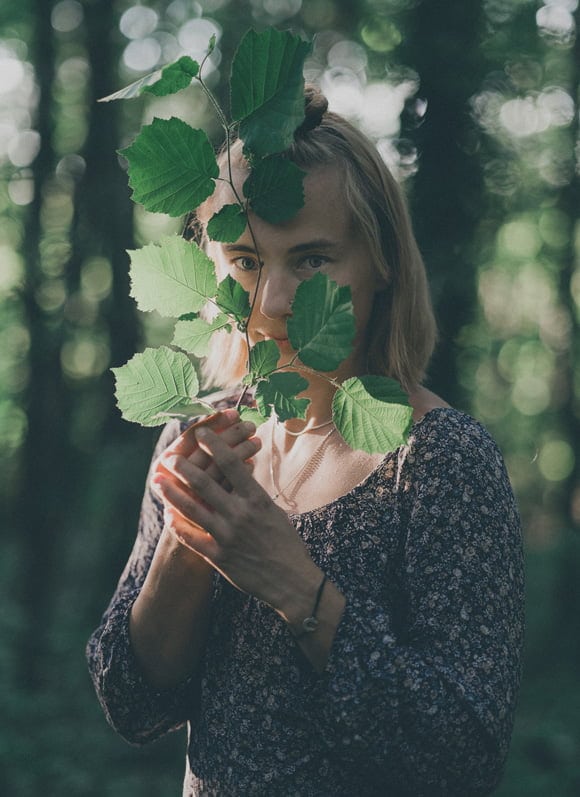 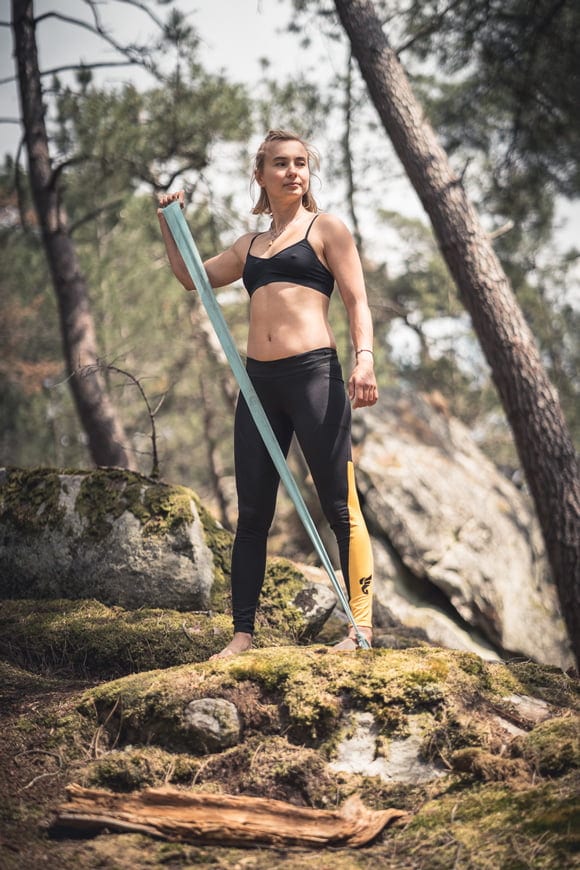 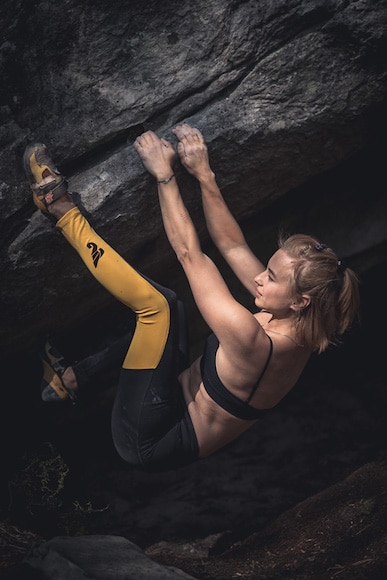 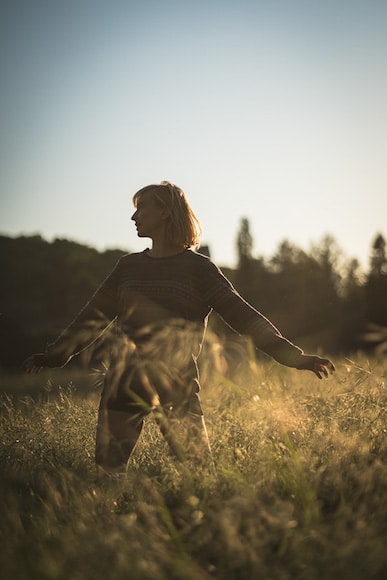 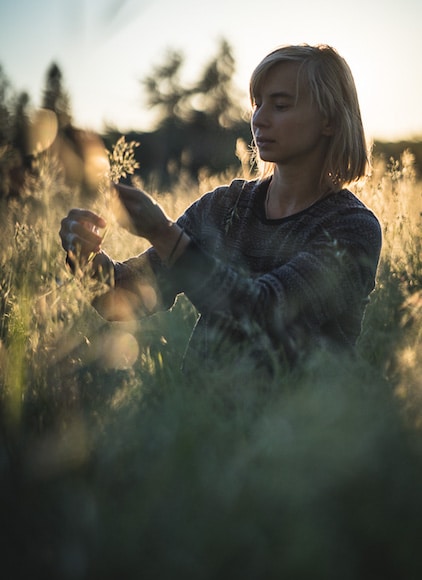 Rokinon has managed to create a niche lens, which strikes me as having very broad appeal. At just $400, you’ll struggle to find a lens that delivers such excellent bokeh.

To anyone stepping up from APS-C, this is an excellent choice in terms of size and affordability. It would also make a solid option for use with an APS-C camera, giving the full-frame equivalent of a 112.5mm focal length.

Images aren’t quite as sharp compared to other third party glass that’s been released in the last two or three years, but given that this is a lens intended for fun, casual shooting, it’s a worthwhile tradeoff given the size and weight. 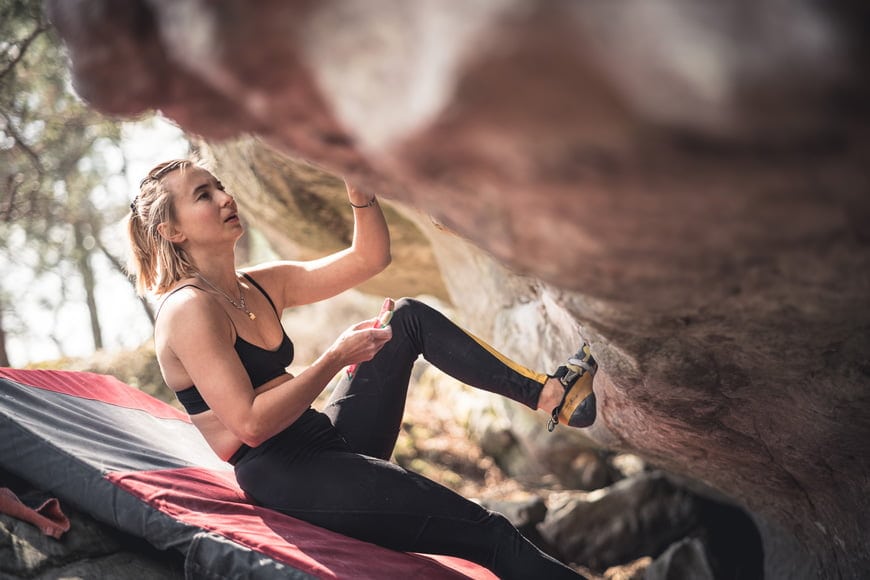 75mm might strike you as a bit of an odd length, but it’s one that I’ve come to enjoy. As a minimalist, I love small, lightweight lenses, and my nifty fifty has become my portrait lens of choice due to its subject separation and convenient size and weight… until now.

75mm gives you that touch more isolation and slightly tighter framing, but without the bulk of an 85mm.

Being used to the 50mm and as a photographer who likes to give a sense of a location in my portraits, 85mm can sometimes feel a bit claustrophobic. As a result, 75mm is proving to offer a perfect balance.

The mode switch is an interesting addition, and I’m sure some photographers will enjoy shifting aperture control to the lens barrel.

I look forward to seeing this feature on more lenses, perhaps with a few small improvements such as the sensitivity.

It’s worth noting that there’s nothing else like the Rokinon 75mm f/1.8 on the market. Sony is the only full-frame manufacturer other than Leica to have a lens available at this length, and as a compromise between a nifty fifty and the classic portrait length of an 85mm f/1.8, it’s spot on.

This is a lens that’s likely to accompany you without a second thought, particularly as a “why not take it along” option for days when you’re traveling light and snapping those close to you.

Sharp and sophisticated lens in a compact form, for an impressive price.