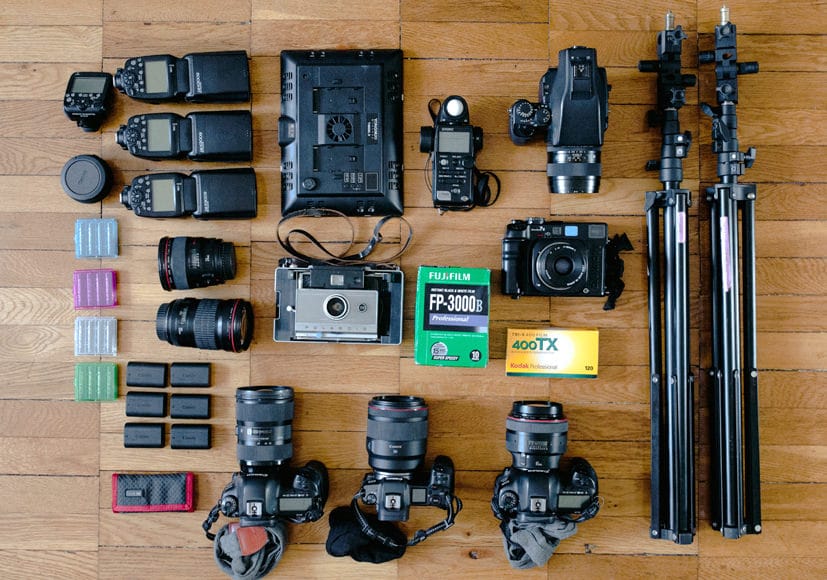 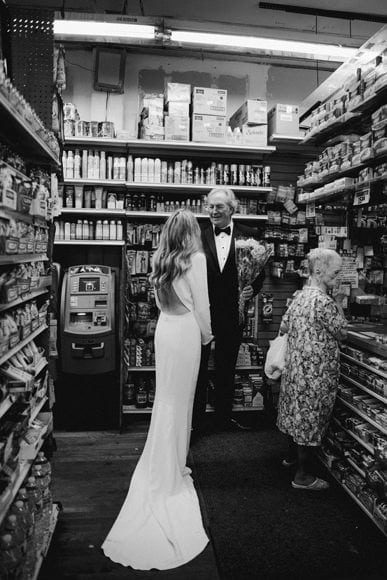 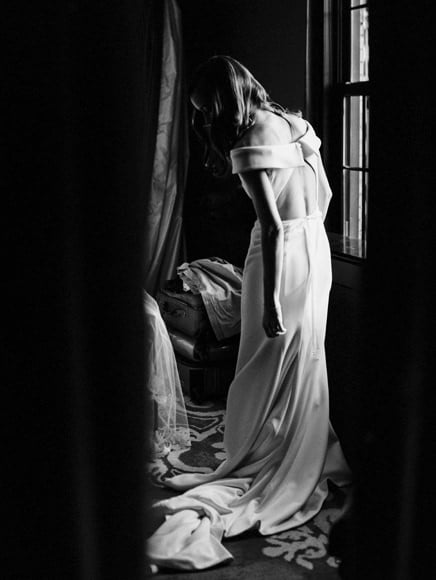 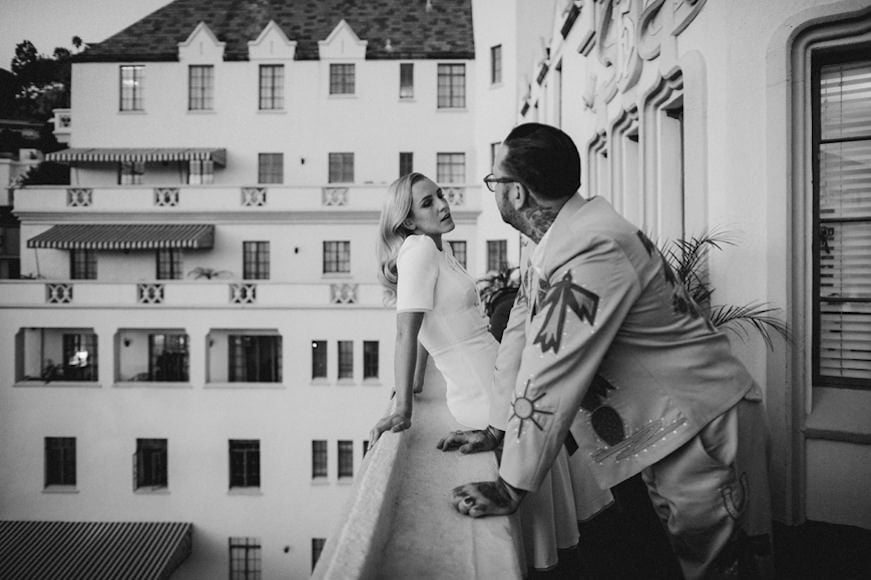 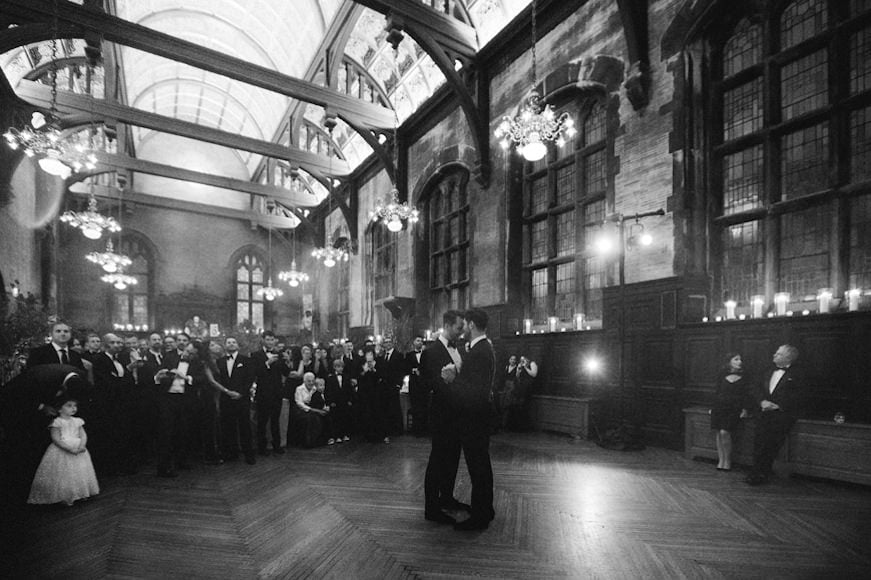 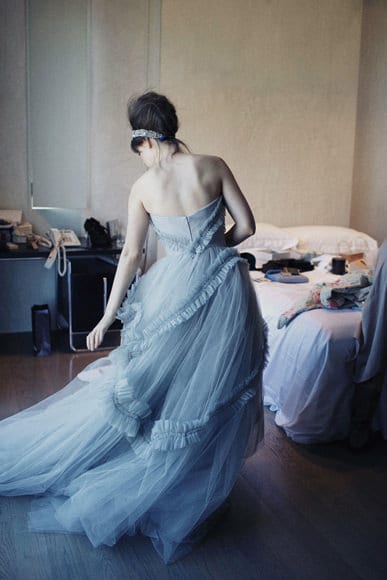 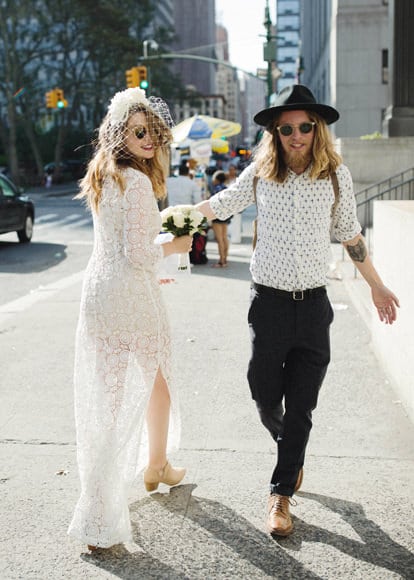 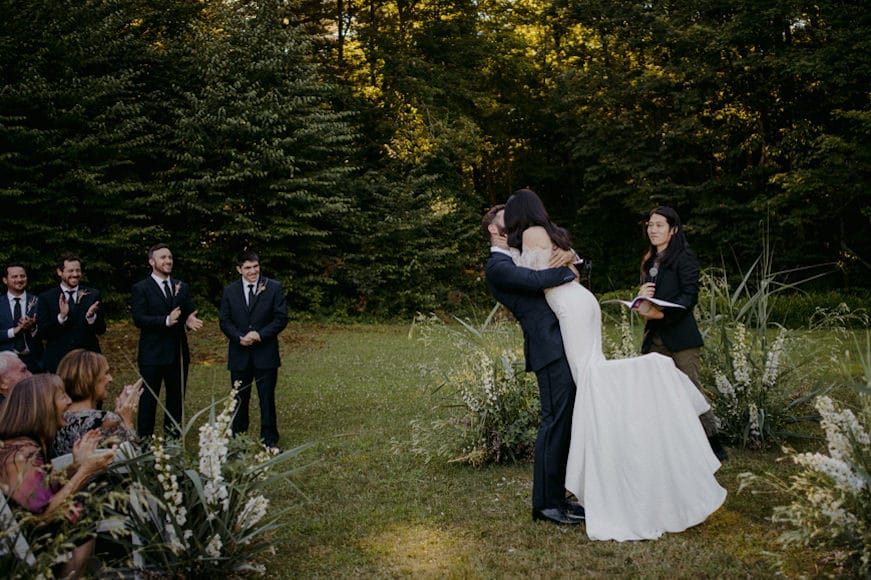 Hey! I’m Samm Blake, a wedding photographer based in New York. Originally from Australia, I moved to New York seven years ago.

I’ve been photographing weddings for 16 years now, with my first few years all on film before moving to digital. These days I shoot primarily digital and a little film when the client requests it.

Since moving to New York, I’ve really had to change up the way I shoot – New Yorkers love to get married in really tight, dark spaces compared to the wide-open areas in Australia.

I quickly found I was shooting wider and wider in New York and I was constantly switching from the 24 to the 35mm lens, which I found frustrating. I discovered the Sigma 24-35mm f/2

lens and all my problems were solved. It’s a great lens and it barely comes off my camera these days.

My go-to shooting kit is the Canon EOS R

and a Canon 5D Mark IV

. I shoot the majority of my work this way and it’s only when the sun goes down that I generally change this setup.

I prefer to leave my camera bag behind at the wedding venue when we go out into the streets to photograph, so I love that I have locked in two cameras with two lenses with no desire to change the lenses out. I have found this very freeing and it allows me to focus more on what I want to be creating instead.

camera is a hot topic of conversation lately, but I am loving the camera and have my work-arounds for the single card. When Canon releases the pro version with the dual slots, I will be switching over entirely to that.

is so sharp. The way I shoot is fast and not very posed, so I need a camera that can keep up with the way I want to shoot. The focus is a lot better than on the Mark IV

, so the 50mm stays on my R the entire day and I love pushing what that camera can achieve in low light. I also find the camera is making me see light differently thanks to the electronic viewfinder.

When I am on the dance floor, I generally switch the Sigma 24-35mm

for the Canon 24mm

. At that time of day, I prefer a lighter lens and it’s easier to navigate around a hectic Hora. The 85mm

come out for ceremony and toasts generally.

I use my film gear when a client has expressed a love for it. It’s a lot of additional gear to carry around so I only use it when I have an assistant or second shooter with me. I offer to shoot film as an additional extra. At the last wedding I photographed, the couple had me shoot the entire day in BW. I shot a mix of digital and film throughout the event with everything delivered in BW. It was heavenly.

When I found out the Fuji Instant Film was being discontinued a few years back, I bought up big and will often shoot a pack of film at a wedding.

I’ve been experimenting with the Yongnuo LED light

lately and have been enjoying it. It really helps with photographing details at a reception if there is no window light. The thing I like most about this model is that it has a remote control and bluetooth control so I can quickly turn it on and off from across the room.

I use Canon Speedlites at wedding receptions only. I will normally set up two on light stands in the corners of the room and will control them from the Canon Speedlite Transmitter. I will have the third one on my Canon Mark IV

camera and use that for direct flash.