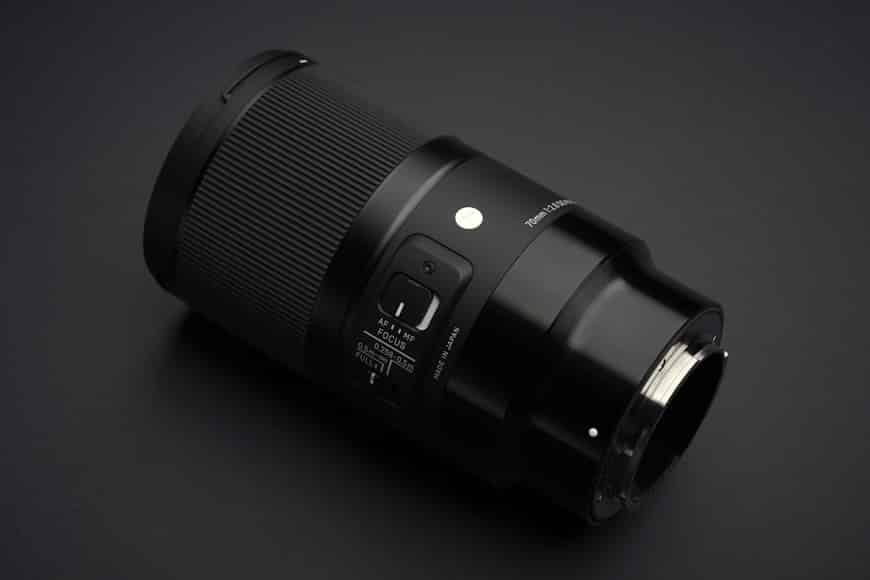 The great thing with open camera systems these days is that you don't have to rely on the camera manufacturer themselves to get a high-quality lens.

Gone are the old days where Sigma, Samyang or Tamron lenses were relegated to amateurs. Today, these brands match the camera manufacturers in their image quality, performance and construction, and lens ranges like the Sigma ART range have a reputation for their uncompromising image quality.

One only has to look at the work from Sigma Ambassador Meg Loeks to realise that the full capability of these lenses is well beyond the realms of some of us mere mortals.

As a part-time macro user who mostly takes product shots of camera gear, spending $1,000 on a macro lens isn't an option for me.

Whilst I have the usual case of GAS, I am also endowed with the occasional bit of common sense – despite what my wife thinks about the extraordinary amount of gear I've accumulated over the years.

So when I looked at the Sigma 70mm f/2.8 ART (Sony lens mount), I saw it as the best compromise between quality and price, along with a focal length that is suited to what I do.

As mentioned above, the vast majority of my personal use cases for the Sigma 70mm f/2.8 ART are product photos of camera gear. While great for the intended purpose, it's not an ideal thing to include in a lens review: having photos of other lenses to demonstrate the quality of a lens would be confusing, to say the least.

As a result, I've tried to get some more conventional macro shots specifically for this review. 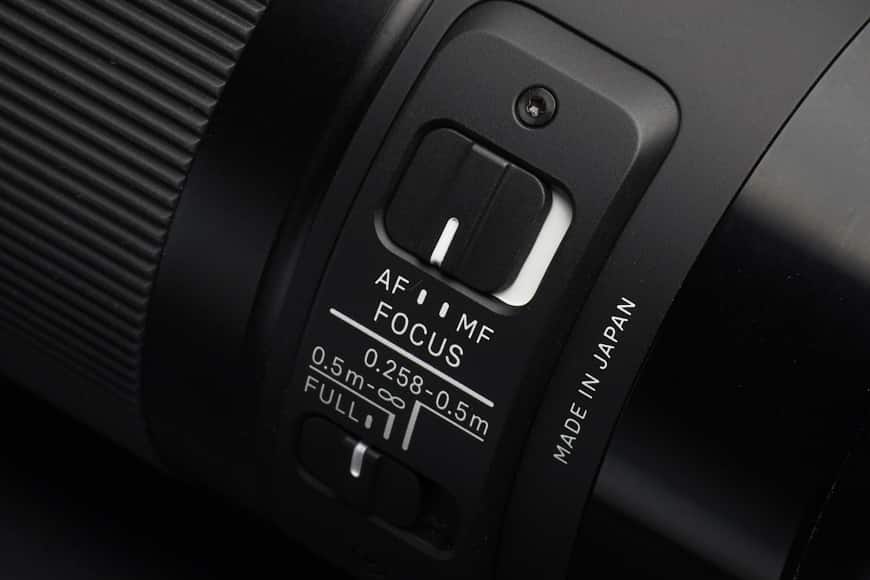 Sigma has done an outstanding job of giving their ART lenses a premium feel, starting with the clean white packaging and the good quality padded soft case.

This extends through to the construction of the lens which is a solid, well-constructed beast with the potential to be used as a self-defence weapon if you are ever cornered in a dark alley armed with only your Sigma Art lens.

The construction is all metal with the exception of the hood which is plastic.

As with most macro lenses in the modern era, you will find switches to allow you to switch between manual and autofocus, along with a focus range limiter that allows you to move between three defined settings. For macro, these are critical as it's not unusual to see a macro lens hunting through the entire range.

Whilst the newer lenses from Sigma like the 45mm f/2.8 are designed specifically for mirrorless, the first Sigma FE Mount lenses are the “designed for DSLR” versions with an adapter built in, and the Sigma 70mm f/2.8 ART falls into that category.

As a result, the lens is just under an inch longer than the DSLR version, with a hollow tube on the camera mount side of the lens to accommodate the difference in the flange plane.

This will obviously change in time as Sigma releases some dedicated mirrorless lenses through their alliance with Panasonic and Leica.

Some people may be put off by the protruding lens tube when focussing the lens. For the most part, this is covered by the hood when you are using one, and should not impede the performance of the lens.

It is sometimes offputting for the subject depending on what you are shooting. 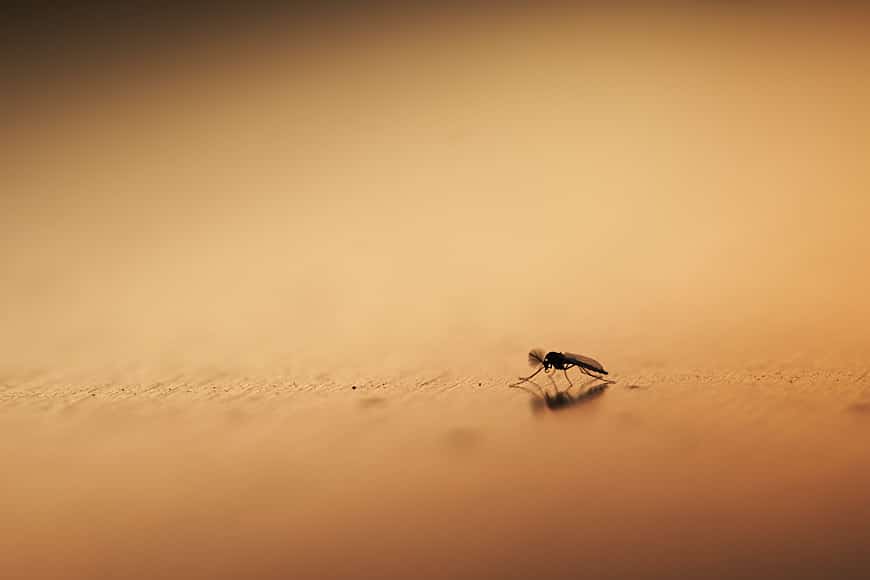 Macro lenses generally have a fairly horrendous autofocus reputation. The Sigma 70mm f/2.8 ART isn't going to win any awards as a sports lens, however, it is adequate for the task when compared to my previous macros.

Like most Sony mount lenses, AF performance will depend a little on the camera you have it mounted on, with some performing better than others when it comes to low light and face/eye detect.

I find it fairly good under most conditions, however, in extremely low light, eye and face detect are largely unusable. This should not be a problem for a lens of this type.

The lens does produce a substantial amount of noise by modern-day lens standards, and as a result, could be unsuitable for videographers.

Many Sony users are using their macro lens in manual focus because focus peaking offers more control when shooting macro.

My personal preference is to set the focus manually and rock slowly to get the object into focus as opposed to trying to keep the object in focus. I don't use tripods for the type of macro work I do as I find it too time-consuming to evaluate the fall off of light at a variety of angles.

When using manual focus, the Sigma 70mm f/2.8 ART uses a focus by wire system that requires two full rotations of the focus ring to go from the shortest to the longest distance. In real-life use, you don't do full rotations with each turn by hand and it actually equates to at least 5 big turns which is a little excessive.

Granted, you won't be going through the entire focus range for the same subject, but I would love to see this halved to make it more user-friendly. 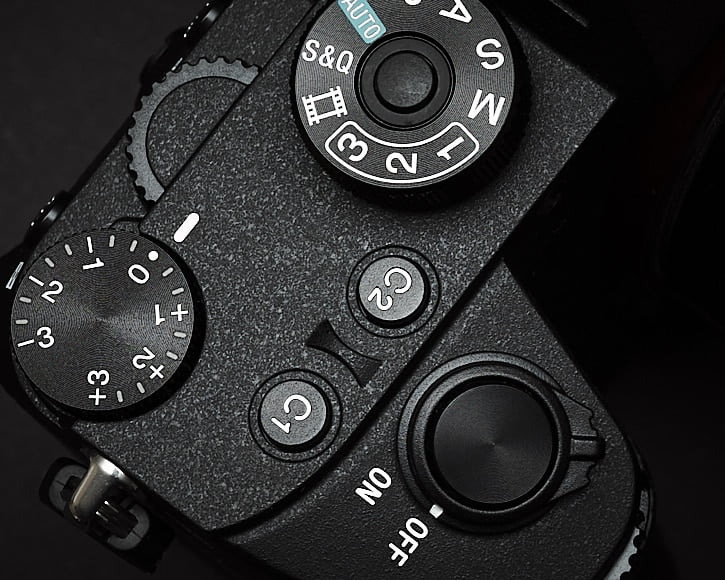 Most macro lenses are sharp and the Sigma 70mm f/2.8 ART is no exception. It's an extremely sharp lens.

I'm not a big fan of pixel peeping for sharpness but this is the kind of lens you can do that with. This photo shows an original along with 100% crops and that should give some ideas on the sharpness and capability of the lens.

Whilst it's not my first choice in a portrait lens, it is extremely sharp wide open.

Bokeh is good for a lens of this type, particularly when you get close to the subject; however, the moment you get back to portrait focal lengths you aren't going to get the level of isolation to create creamy bokeh. 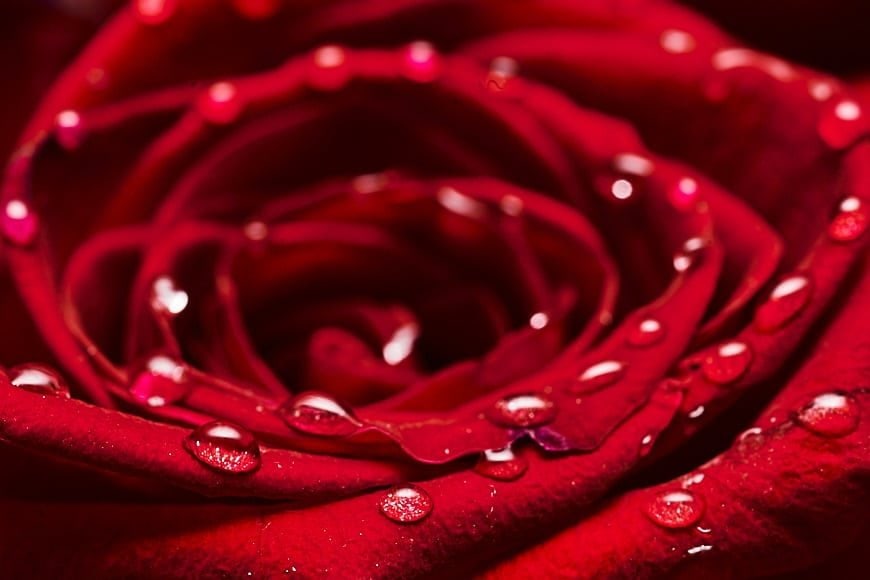 The Sigma 70mm f/2.8 ART retails for just under $500. That puts it in at about half the retail price of Sony 90mm G Master. For that price you will receive:

I know Sigma does get complaints about weight but ultimately it's hard to fault their strategy when you look at the value for money and quality of optics you receive.

I see this as an equation where you'll ultimately experience a compromise in one department.

Image Quality + Build Quality + Auto Focus Performance + Lightweight = High Price. If you want to change any of those criteria, you have to compromise on something.

In the case of Sigma, they compromised on the weight to bring the price down.

You get outstanding image quality, good construction, autofocus and a low price. 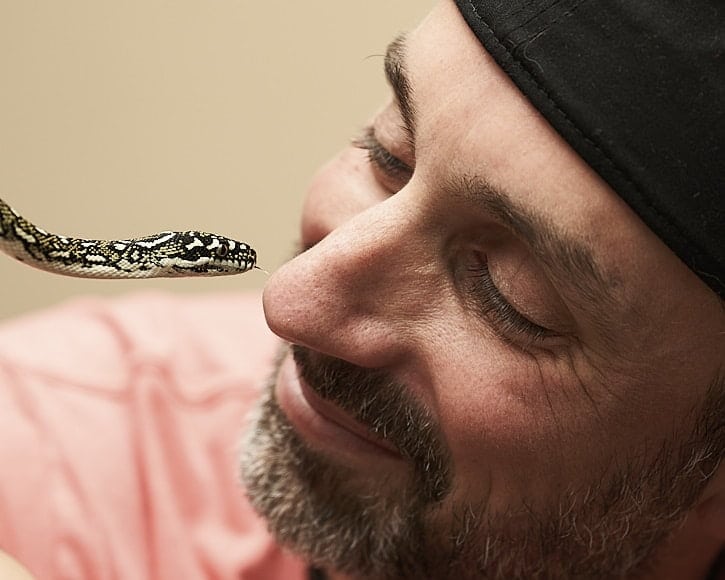 I'd say if you aren't a dedicated macro shooter, I would go with the Sigma 70mm f/2.8 ART, and if you have an unlimited budget, got for the Sony 90mm f/2.8 G Master. But if you want to compare the two a little more objectively, this is how I would evaluate them:

You'll notice one thing missing in my evaluation and that is sharpness. It wasn't missed or forgotten. I have left it out.

If you're looking at sharpness, both of these lenses are extremely sharp, so sharp in fact that you will have to endure a considerable amount of post-processing time for portraits.

If your key evaluation criteria is sharpness, you're missing the real differences between these two lenses. It would be nearly impossible to tell the difference between them when looking at images, they are that close.

The Sigma 70mm f/2.8 ART is an exceptional lens at a reasonable price. Unfortunately, I don't think it receives anywhere near the level of success it deserves because it tends to be overlooked in favour of the Sony 90mm, despite offering similar performance at under half the price.

If you are in the market for a macro, I would highly recommend evaluating this lens. There are some nuances with the 70mm f/2.8 that may impact the suitability for some users, but overall it offers a very good alternative to the G Master. 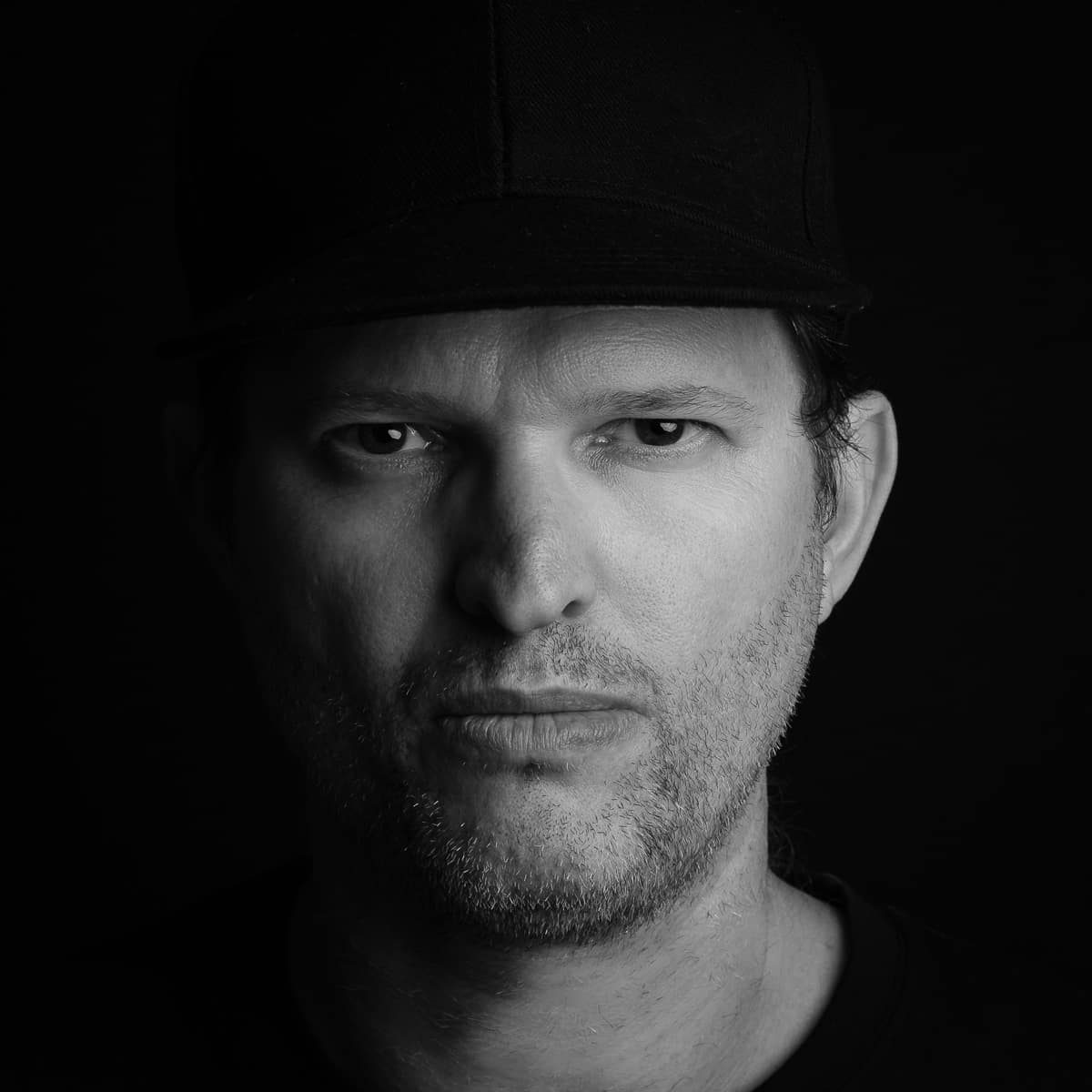