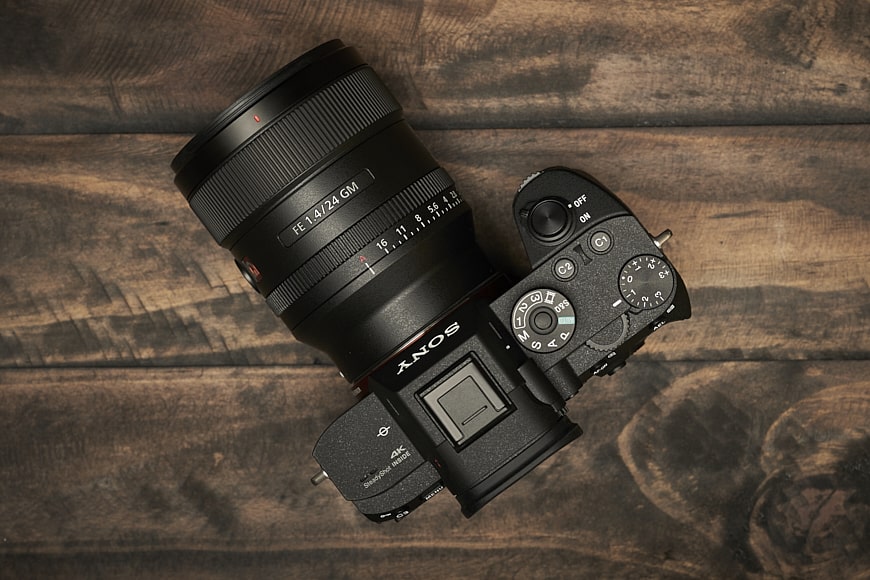 I have very little loyalty to brands, and I buy what is best for my individual needs. I own several Sony lenses, but also have a selection of other manufacturers in my bag: Zeiss, Sigma and Tamron.

I often get asked why I picked the Sony FE 24mm f/1.4 GM given I could have purchased the Sigma ART for half the cost, or even the Zeiss Batis for a little less.

I love my Sigma ART lenses for portraits, but usually, when I am doing portraits, I have different physical requirements for shooting sports. With portraits, I don’t have the same weight constraints.

Extraordinary sharpness and super-fast autofocus make for a lens that's beyond comparison.

With sports, I’m treading water for a couple of hours or swimming under waves. When I am in warehouses I’m shooting one-handed with an AD200 in the other, so weight is an issue.

It’s also the ability to move quickly and the Sony FE 24mm f/1.4 GM gives me that. 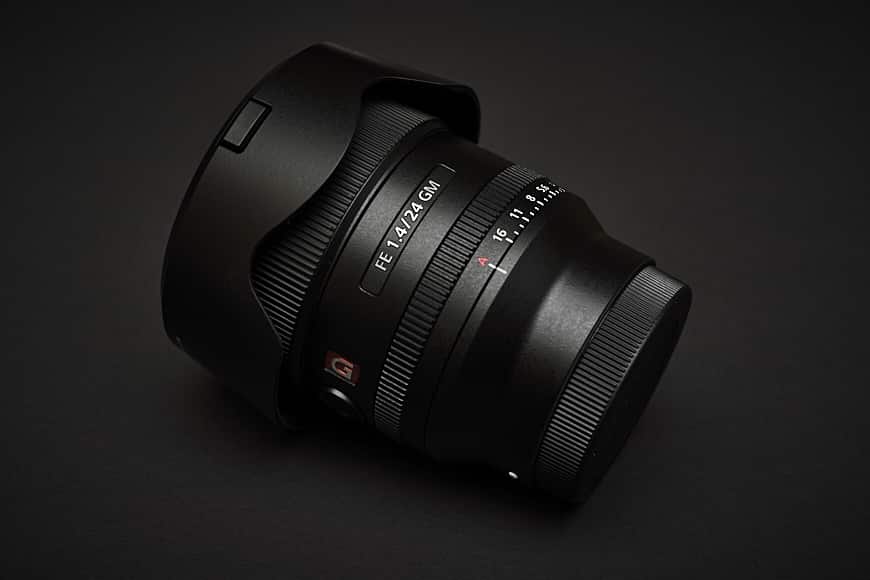 The Sony FE 24mm f/1.4 GM has amazing construction and image quality in a compact size.

The quality of the lens extends to little things like the soft material underneath the hood to prevent it from damaging the lens if it comes loose while reversed.

The lens comes with a manual/autofocus switch, and an AF-lock button, which is customisable. It also has a manual focus ring and aperture ring. 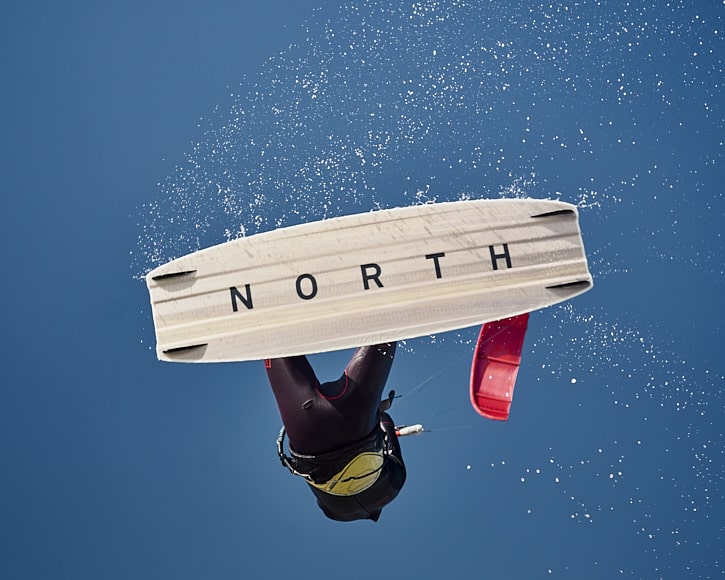 The manual focus ring is smooth, although this is not personally a lens I use with manual focus.

The AF-lock is popular with many users. I don’t use mine much, but it’s nice to have there when you need it.

The aperture ring will be an annoyance for some users, but having come from Fujifilm, I’m used to it and find it helpful. If it’s a problem, I’d suggest a rubber band over it to prevent it from moving. 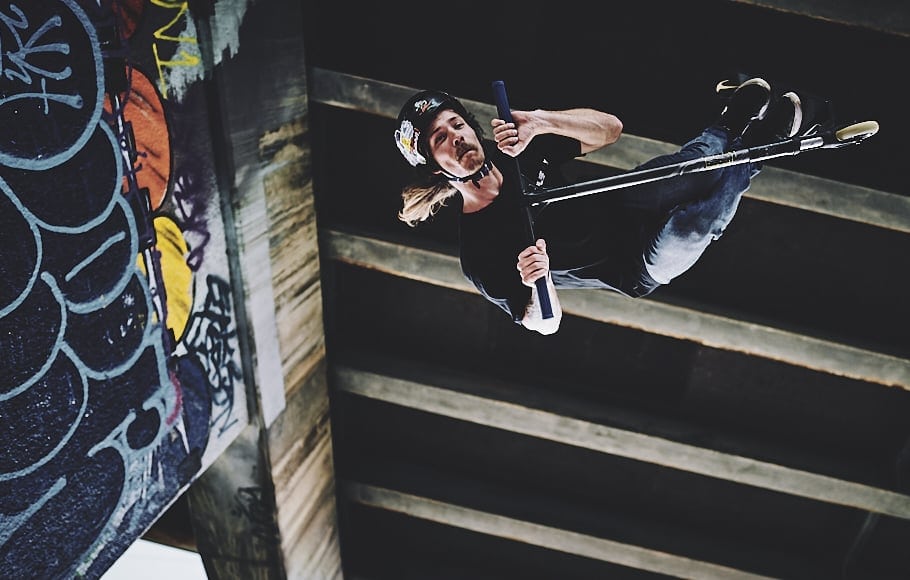 My expectations on focus performance from my 24mm are pretty extreme, due to the changes in depth of field over a short period of time. It isn’t possible to prefocus as the rider distance is unpredictable.

As an example, when I am shooting kitesurfing, I use my lens in a Seafrogs A7iii/A7riii waterhousing with a pistol grip. I either use a flat port (for the 24mm) or dome port if I am going wider.

I start tracking a rider backlit into the sun when he/she is travelling towards me at speed. The rider then takes off about 2m away, goes straight over my head and I have to follow them, keeping them in the frame.

I typically rely on the camera to track them, and I start taking photos when they have just past over my head, and my back is facing the sun.

I try to get a wide depth of field shooting f/2.8, but when it is late evening, you don’t have that luxury and some of the best wind is late evening. 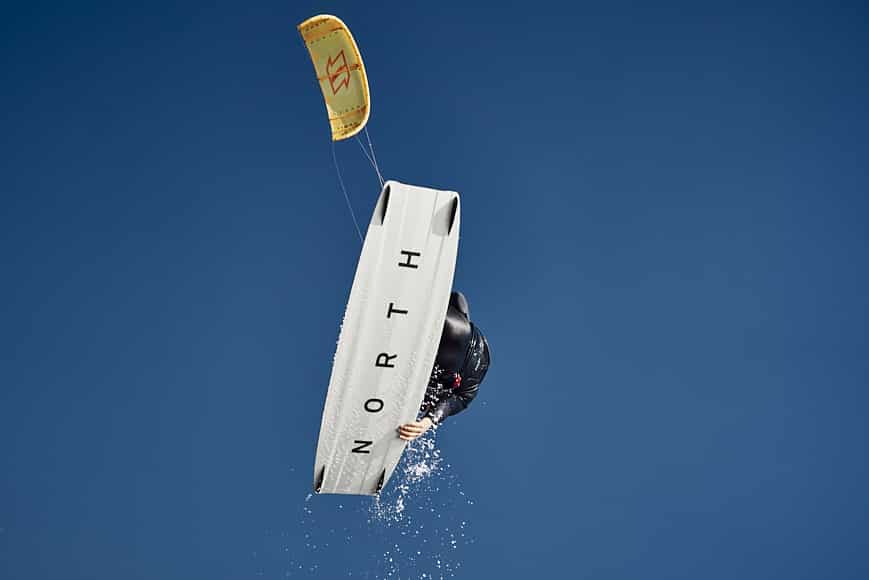 For skateboarding, I’m often shooting low light in warehouses or underpasses, so I test the low light AF extensively.

10% of the time, it’s missed focus. Half of the missed focus shots are the camera focusing on the wrong element because you don’t always know where the ride will be in the frame. That puts the autofocus failure rate extraordinarily low.

Wide-angle lenses mask microfocus differences, but when the depth of field is shallow enough to validate, the autofocus is hard to fault.

While I’m not a sharpness fanatic, I still have what I consider a minimum acceptable level of sharpness, and the Sony FE 24mm f/1.4 GM lens exceeds that. This lens is very sharp, one of the sharpest lenses I’ve tried.

Given the small size of the lens, vignetting was expected. It is minor at just over half a stop. It’s visible but easily fixed, and most lens profiles should take care of this.

Distortion is almost non-existent for most photographs. You may see a small amount if you’re taking photos against a chart designed to pick it up, but out in the field, the only distortion is towards the edges which is well controlled.

Chromatic Aberration is also negligible, so overall it’s clear Sony has done a fantastic job with this lens.

Check out these sample images taken with the Sony FE 24mm f/1.4 GM: 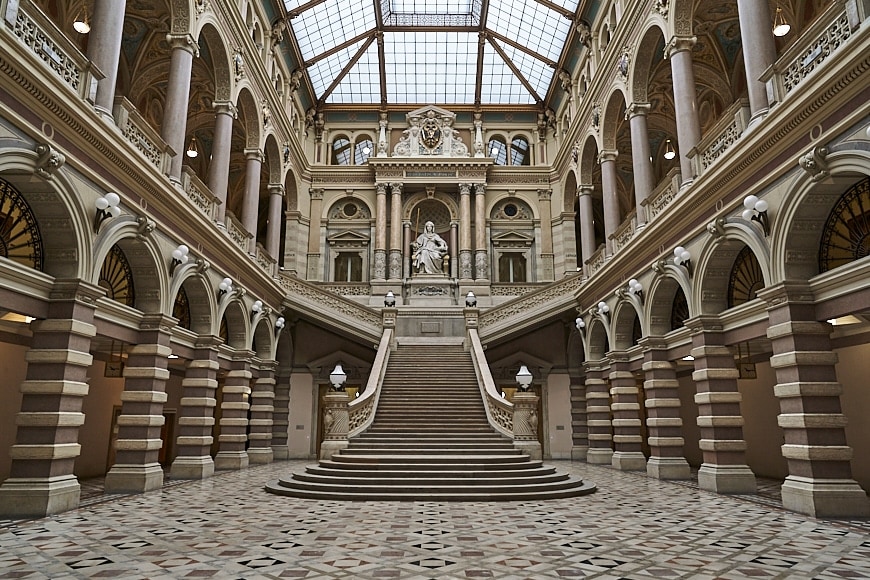 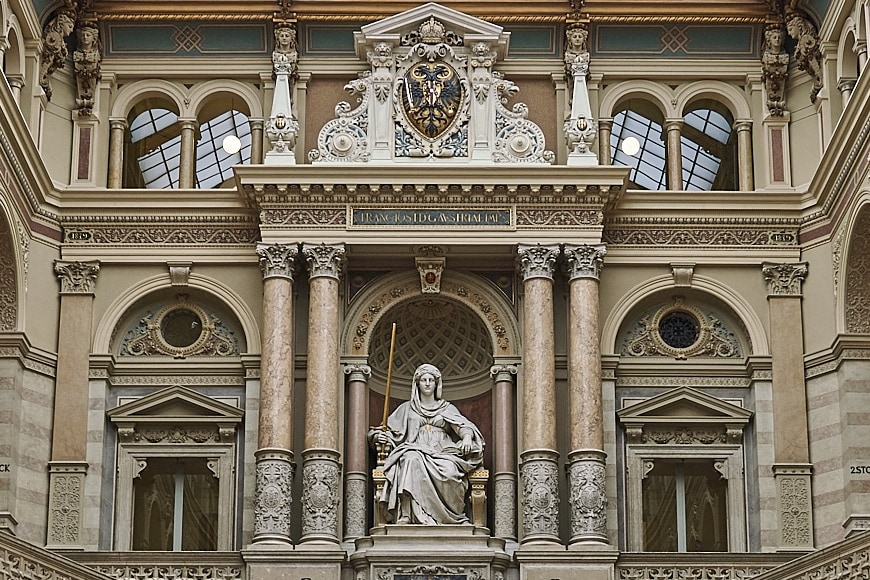 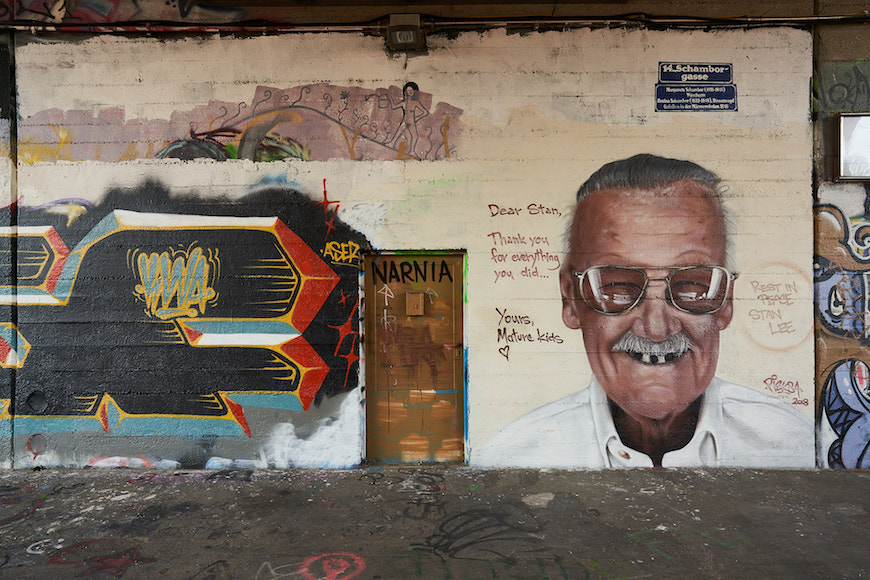 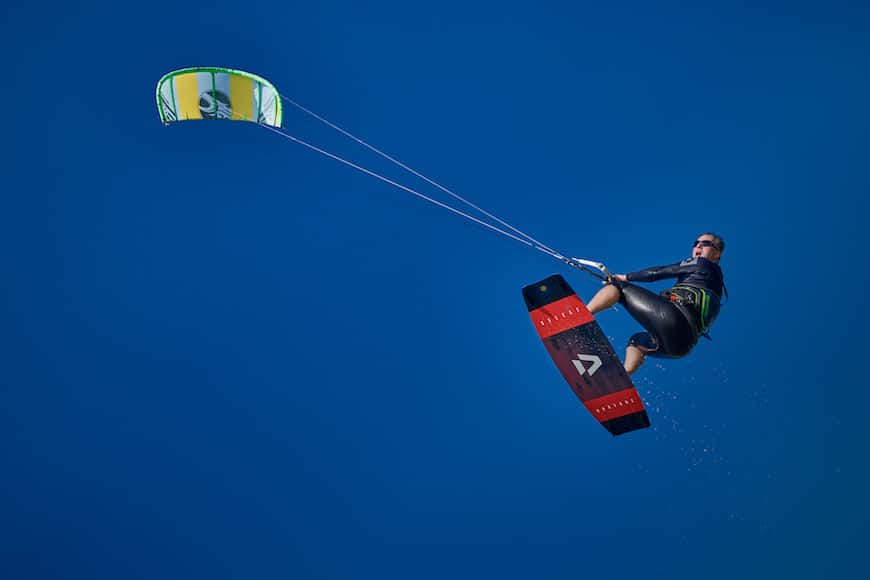 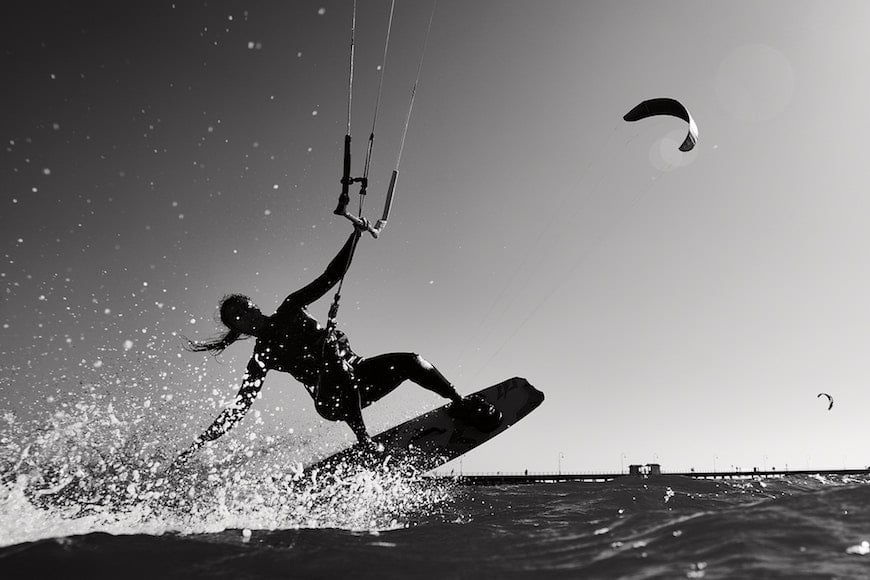 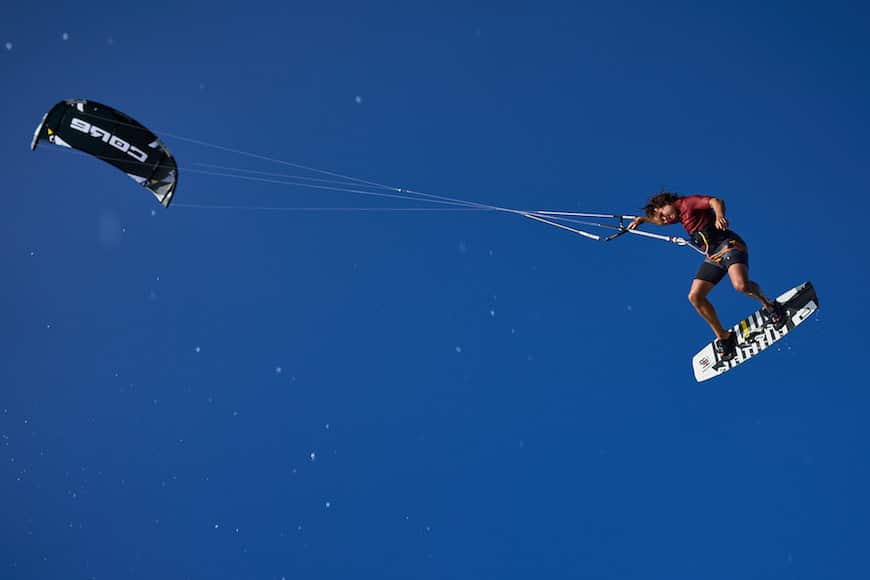 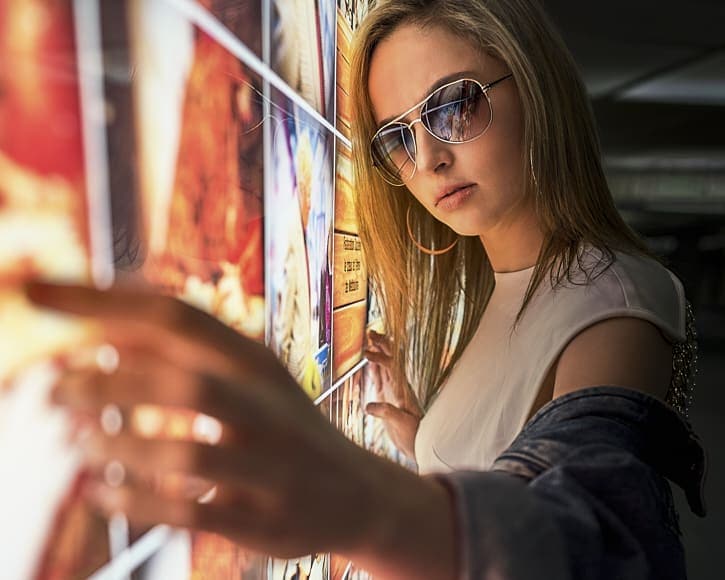 Sony G Master lenses generally don’t fall into a category called “Value for Money” unless you’ve won the lotto or are comparing them to Leica. All you can do is compare it to the alternatives on the market, and I think the Sony FE 24mm f/1.4 GM compares favourably.

The Sigma is half the price but weighs considerably more. I also don’t believe the Sigma 24mm is the best in Sigma’s ART range…

Conversely, if I compare it to the other Sony Zeiss f/1.4 primes, it’s a considerable step up, so when you consider the price, I think Sony has done a great job. 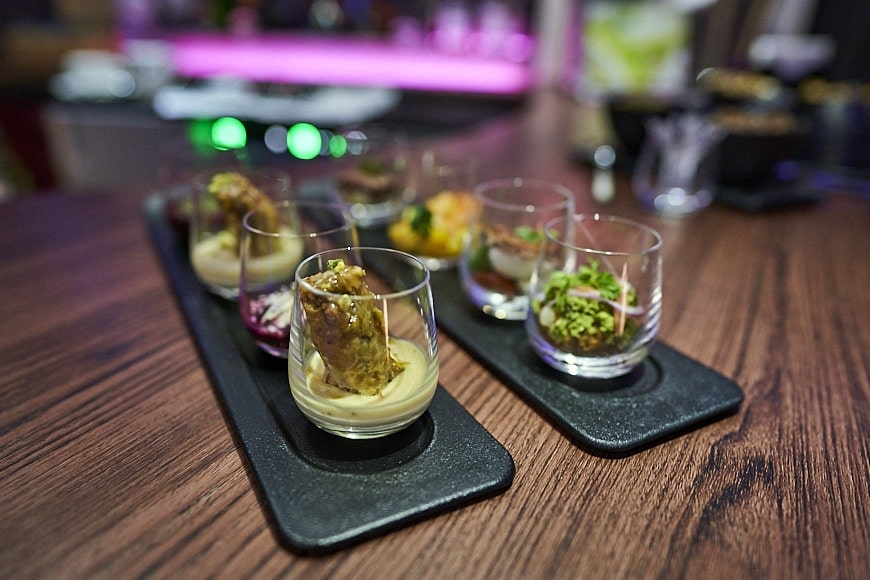 The Sony FE 24mm f/1.4 GM is somewhat of an anomaly for me. Don’t get me wrong, Sony makes a lot of really great lenses, but the 24mm is a unicorn as far as I am concerned.

Generally, lenses involve some form of compromise, but with the 24mm, the compromises are so minor in every area that I would consider this to be one of the most balanced lenses I’ve seen. Compared to the Sony 35 f/1.4 and 50 f/1.4, there is no comparison.

On top of this, Sony has kept the pricing at a reasonable level. If Sony could replicate this across the other lenses in their lineup, I’d be lining up to replace some of my other lenses.

Extraordinary sharpness and super-fast autofocus make for a lens that's beyond comparison.