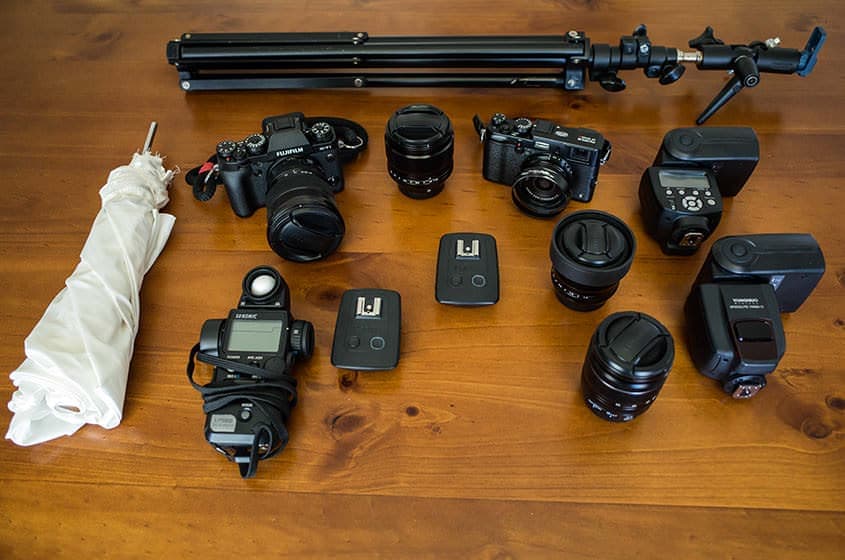 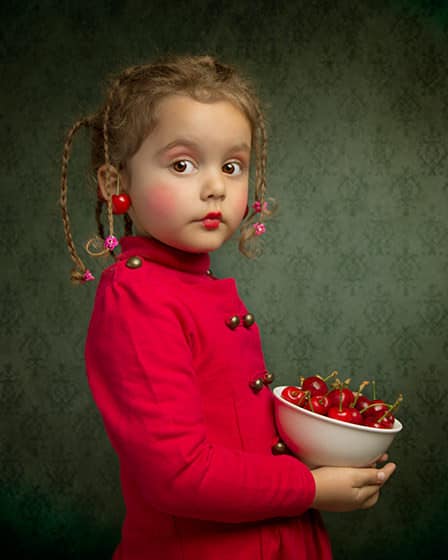 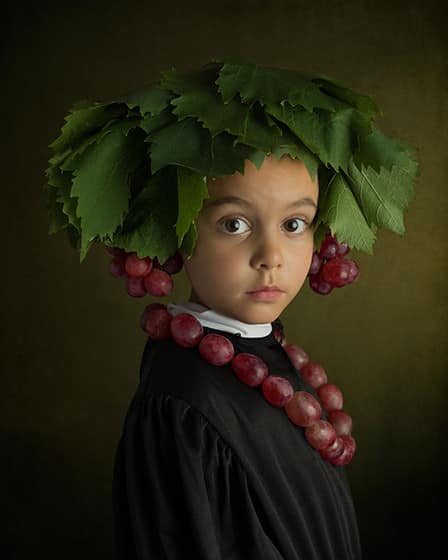 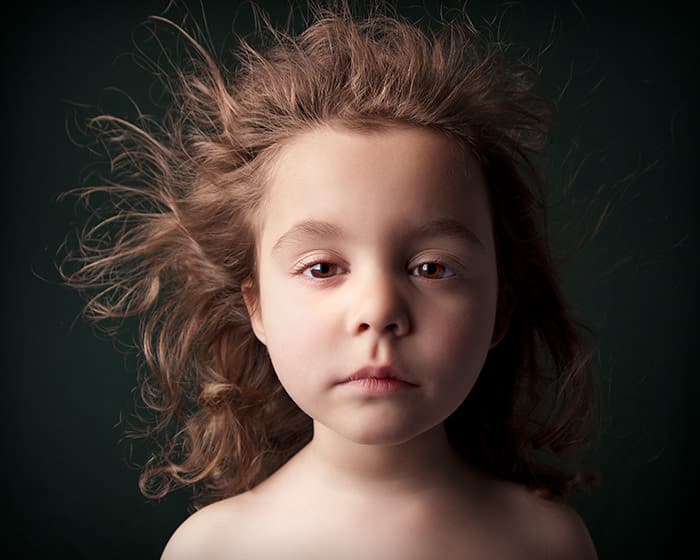 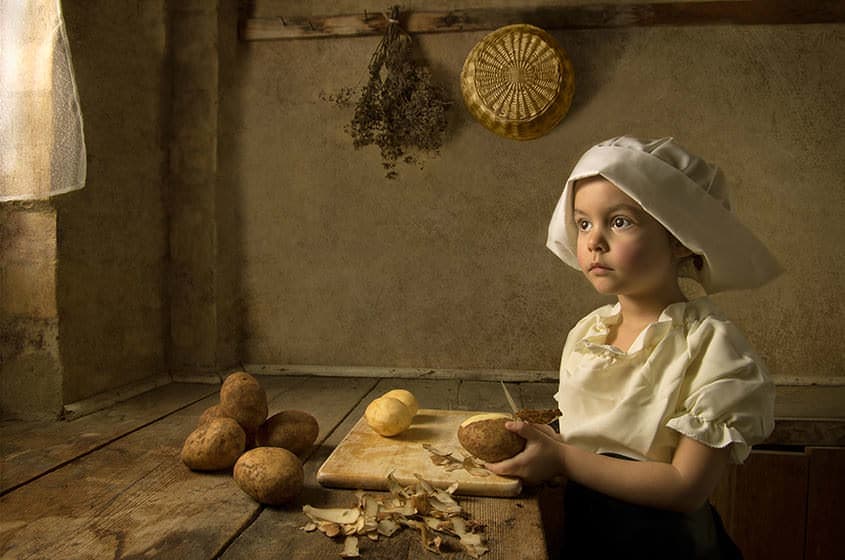 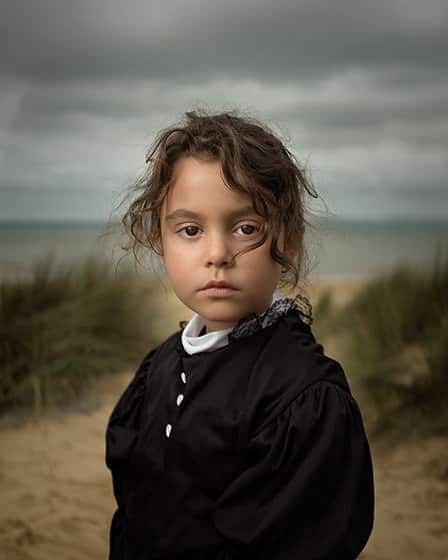 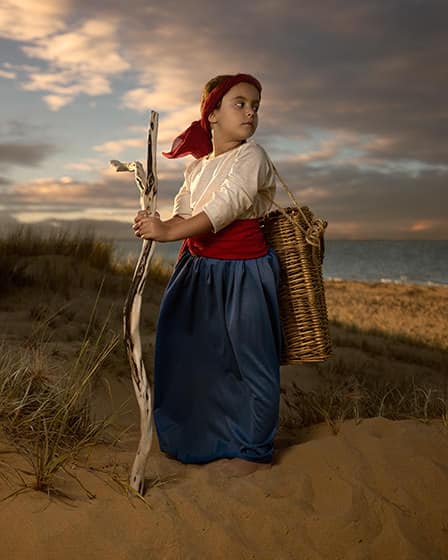 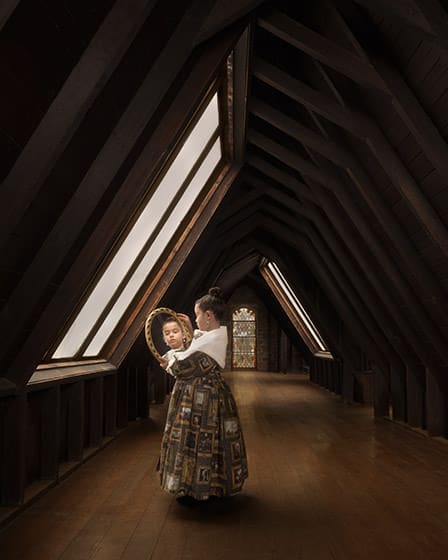 Hello everyone! My name is Bill Gekas and i’m a fine art portrait photographer from Melbourne, Australia. I’ve been involved with photography since the early 90’s when I was shooting film and have come from a photography background of shooting, developing and printing my own work.

During those earlier years I wasn’t shooting portraits but was interested and shooting other genres of photography and I believe it’s the practice of these different genres that eventually shaped the portrait style i’m currently recognized for.

In 2005 when the digital sensors were approaching the quality of traditional film was the time I also switched to a complete digital workflow and it gave me the freedom to experiment and create my previsualizations at a much faster rate than using traditional film based methods.

This was also about the same time my interest in portraiture started and for the next few years I was learning strobist lighting and other post production techniques.

From about 2010 my works became recognized from the series of images I created featuring my now 8yr old daughter. A body of work that was never intended in becoming a long term ongoing project but more a creative outlet where as a family we could all be involved in some way or another.

Over the last few years these works have been published in various art journals, books, magazines, newspapers and other media outlets worldwide including BBC, NBC Today, ABC News, Daily Mail and others.

Although photography is not my full time profession I may occasionally shoot commissioned work when requested but my real passion in photography are my personal projects which give me the freedom to shoot and create what I want, how I want and when I want without the time, competition and financial restraints the more commercial side of photography is known for.

When it comes to the gear I try to keep things as simple as possible. I started shooting with the Pentax camera system using their film slr cameras and eventually when i went digital in 2005 I continued with their latest dslr cameras and lenses.

Until only last year I was shooting with the Pentax K3 body.

However i’ve since switched across completely to the Fuji X system for my work and although i’m not into gear these days i’ve found that going mirrorless was a step in the right direction and the Fuji X system delivered on everything that mattered to me on both a technical and psychological level.

At the end of the day I believe that all cameras are more capable than what we are photographers but if the difference is even just psychological and that difference translates to a better user experience and the system becoming less an obstacle in the creative process, all the better!

Below is what i’d usually use for my work and what would cover most of what I do.

– Currently my main camera which has all the buttons and dials conveniently placed and is very customizable. It’s autofocus is fast and accurate enough for the portrait work that I do and it’s lighter in weight compared to other modern dslr cameras. (This camera will soon be replaced by the newly released Fujifilm X-Pro2

– If there’s only one camera I could keep, this would be it! It’s small, has the same APS-C sensor as the X-T1, a sharp 23mm f2 lens (35mm FF equivalant), inbuilt 3 stop ND filter and most importantly… a leaf shutter. This is the camera I usually do my outdoor location work with. I can sync my speedlights at 1/1000s with it and balance midday sun with the ND filter whilst still being relatively wide open. I love this camera!

Fujinon XF 10-24mm F4 R – The landscape and architecture guys love this lens and I do too but for outdoor location portraiture. It’s image quality is like having a bag of wide primes in one lens. It’s sharp and although it’s an f4 lens that doesn’t worry me at all at these wide focal lengths as i’m usually lighting my subject anyway.

Fujinon XF 18-55mm f:2.8-4.0 R LM OIS – A lot of people may diss this as just a kit lens but it’s not to be put in a kit lens category. I found the image quality superb at all focal lengths and apertures and have no hesitation in using it for any of my work. Fuji know how to make great glass!

Fujinon XF 35mm F1.4 R – Back in the earlier days we always had a fast 50 in our kit. This is the equivalent in my lineup of the fast 50. It’s razor sharp at all apertures, opens up to 1.4 and quite a compact lens. A must have all rounder that produces beautiful images!

Fujinon XF 56mm F1.2 R – The portrait jewel. At 56mm it’s like an 85 in traditional full frame format. It’s a fast 1.2 lens that is super sharp wide open with sublime bokeh. Although I’m more a wide to normal focal length shooter myself, when I use this lens for tighter head and shoulder type portraits I know it won’t disappoint. If you’re serious about portraiture and have invested in the Fuji X system then this lens is a must!

– I have quite a few of these as most of my work is lit using AA battery powered speedlights. Although they’re quite reliable they’re cheap enough to be almost disposable, if you break one you don’t think about it and just buy another one or two.

– The simple Shoot Thru Umbrella is often overlooked in favour of softboxes and octaboxes due to it being more like a light bomb but this is my desert island light modifier. If i’m indoors and have a window nearby i’ll set it up outside the window firing in for more light emulating the quality of window light. If i’m outdoors on location as a key light it lights up the subject and surrounding area dispersing naturally around the environment before feathering off. I can also dial the light down and it use it as a fill light. For portability it collapses small and fits almost anywhere.

– This is the lightstand I use for most of my location work. It’s relatively small and lightweight but good enough to hold up a speedlight and shoot thru umbrella.

– Admittedly I don’t use a light meter often and it’s not a necessity with my usual workflow, but once in a while when using multiple light sources it can speed up the process of setting up accurate lighting ratios. It’s the type of tool that’s not a necessity for me but I feel safer having it in the kit bag!”