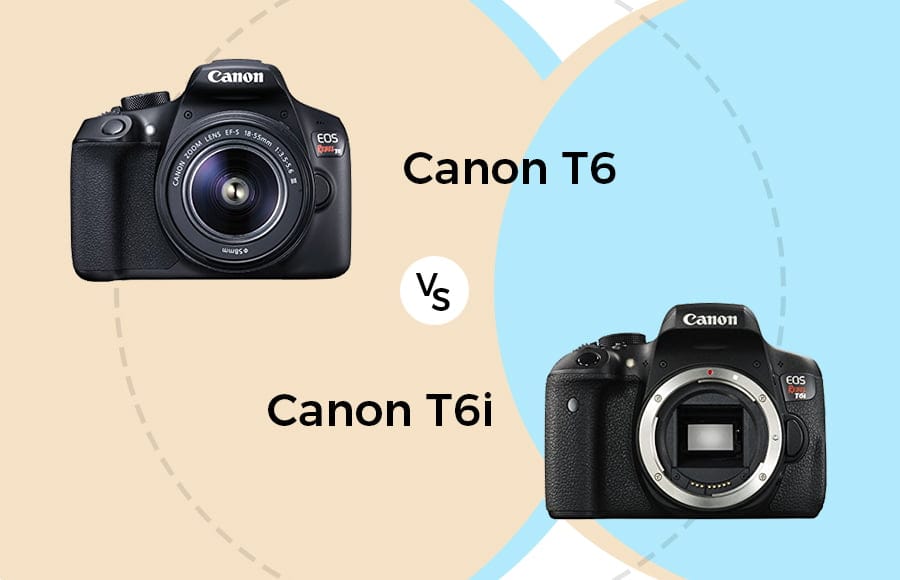 If you’re struggling to choose between the Canon Rebel T6 vs Rebel T6i, then this guide is for you.

You’re going to discover everything you need to know about these two cameras – and how they compare.

So to find out which model is best for you, read on. 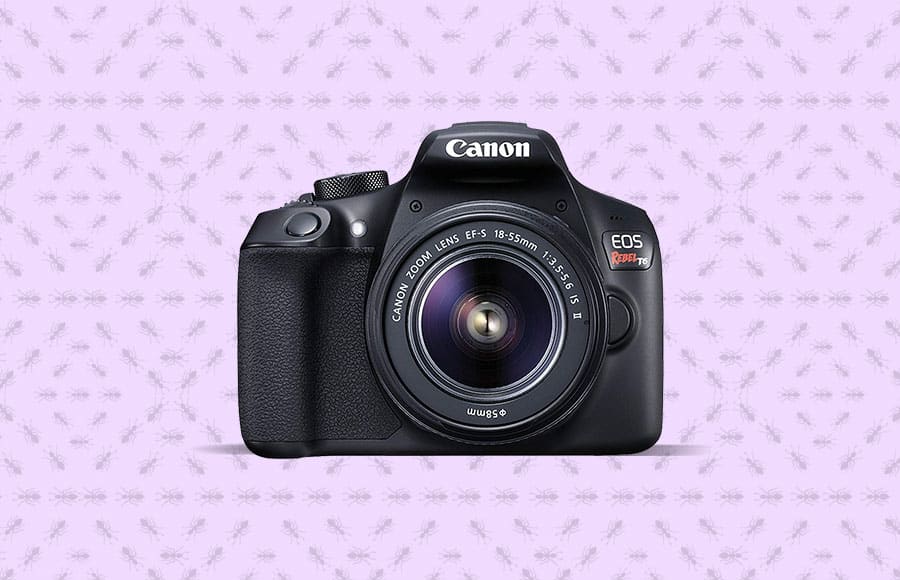 The Canon T6 and T6i are both relatively compact DSLRs offering similar – but not identical – dimensions.

You probably won’t notice this while shooting, and either of these options will do a decent job for anyone looking to carry around their camera full-time.

Are there smaller cameras out there? Of course.

Will the Canon T6 and T6i be compact enough for most casual shooters and beginners?

Where the T6 does outperform the T6i is in terms of weight:

As with pretty much all of Canon’s entry-level DSLRs, the T6 and the T6i offer decent build quality – but nothing to write home about.

Both DSLRs feel solid, but neither offers weather sealing, so I’d be hesitant to take either body into rainy weather (snow would be pushing it).

You do get Canon’s great ergonomics and handling capabilities on both models, from the easy-to-understand menu system to the carefully moulded front grip to the well-placed shutter button.

And while the T6i and T6 include the standard exposure modes (i.e., Aperture Priority, Shutter Priority, Manual, Program, Full Auto), Canon also caters to beginners by packing in a number of subject-based modes, from Portrait to Landscape and more.

In my experience, Canon offers one of the best shooting experiences on the market, which is why you don’t need to be afraid of either of these DSLRs (even if you’ve never gone beyond your smartphone before).

They’ve even added in NFC and Wi-Fi connectivity options, which allows you to quickly share images to your devices – a welcome feature for anyone that uploads daily photos to Instagram or Facebook.

Both cameras include a single SD card slot, which will be fine for hobbyists but will be limiting for some professionals.

Where the Canon T6i begins to pull ahead is in terms of its rear LCD, thanks to its fully-articulating touchscreen. While I cover this more thoroughly in the next section, just note that the articulating capabilities make the T6i the clear choice for vloggers.

Here’s the biggest reason to shell out the extra cash and go for the Canon T6i:

Because while the T6 and T6i’s LCDs may look the same on the outside – they’re both 3” – the T6i packs a lot of useful features.

First, you have touchscreen capabilities, which are great for all kinds of scenarios. Touchscreens are pretty much the norm these days, and they’re perfect for selecting focus points when shooing in Live View, changing settings, and more.

You also have a fully articulating screen on the T6i. This is essential for vloggers, who frequently flip the screen out to check focus and exposure while shooting, and it’s also useful for still shooters that often photograph at weird angles (e.g., architectural photographers, macro photographers).

Finally, the T6i’s LCD resolution is a step above the T6’s: 1040K dots vs 920K dots. This last point is a fairly minor one, but you’re going to see a bit more clarity and crispness on the T6i’s 3” LCD compared to the T6’s.

As for the optical viewfinder:

Canon packs its consumer-oriented DSLRs with 95% viewfinder coverage pretty consistently, a problem that the T6 and the T6i both suffer from.

It’s not a huge deal, but not being able to see the corners of the composition is a huge pet-peeve of mine (and it can lead to slightly inferior compositions that require more work in post-processing).

In other words, neither optical viewfinder is ideal.

The kit lenses on the EOS Rebel T6i and the EOS Rebel T6 are decent enough, though I always recommend photographers upgrade to a better performing lens (often a prime) as soon as possible.

On the T6, you get the Canon EF-S 18-55mm f/3.5-5.6 IS II, which is relatively compact, offers reasonable sharpness, and packs some always-useful image stabilization. And the focal length is good for all-around shooters; at 18mm, you can capture some nice landscapes, then zoom in to 55mm for portraits and tighter street shots.

Unfortunately, the aperture (which changes from 18mm to 55mm) isn’t going to offer much in the way of low-light shooting, and bokeh is going to be so-so.

But how does the Canon T6i’s kit lens compare?

Here, you’ll get the EF-S 18-55mm f/3.5-5.6 IS STM lens, which is almost identical to 18-55mm IS II. You have the same limited maximum aperture, plus a good focal length, image stabilization, and compact size.

If I had to pick between these two lenses, I’d probably opt for the IS STM version, thanks to slightly sharper optics, but it’s a close call.

When it comes to autofocus, the Rebel T6i is the undeniable winner.

You get 19 autofocus points, all cross-type, for decent coverage and a fast shooting experience, even in lower light.

The Canon EOS Rebel T6i is far from an action camera, but its tracking features are worth a shot, and will allow you to at least grab a few keepers at sports games and the like.

Looking to the T6, you have 9 autofocus points (only one of them cross-type), which makes for pretty poor coverage.

Focusing speeds are far from bad in good light, but the T6’s AF system fails to offer much in the way of tracking, which struggles with faster movement.

You’ll have no problem with still subjects, and as long as you have time to focus and recompose, the limited AF coverage won’t present much of a problem.

But if you’re looking for a camera to photograph action, the T6i is the better pick.

Once, many moons ago, I tried to photograph action with a 3 fps camera, and it just didn’t go well. That’s why I always recommend at least 5 fps continuous shooting for any sort of fast-moving subjects, and 8+ is ideal.

If you’re going to be shooting action, it’s also important to check out the camera buffer. In other words, how many shots do you get before your camera runs out of space and forces you to wait while it writes files to your SD card?

Here, you won’t see much difference in terms of RAW continuous shooting:

But while you can only shoot up to 15 high-quality JPEGs on the T6, you have nearly unlimited JPEG-shooting capabilities on the T6i.

In general, I recommend you shoot RAW, but there are times when JPEGs make more sense – and in those scenarios, the T6i dominates.

First things first: Pretty much all cameras these days offer excellent baseline image quality. So don’t get too hung up on quality differences between the T6 and the T6i.

That said, there are compelling, image-quality-based reasons to go for the T6i over the T6.

The 6-megapixel difference isn’t huge, but it’s also not meaningless. These days, I consider 20 MP to about the resolution cutoff, with 24 MP and above as my target.

Why does this matter?

For one, if you’re going to be producing prints, 24 MP will let you comfortably go up to 20 inches on the long side, even for shots to be viewed at close distances. 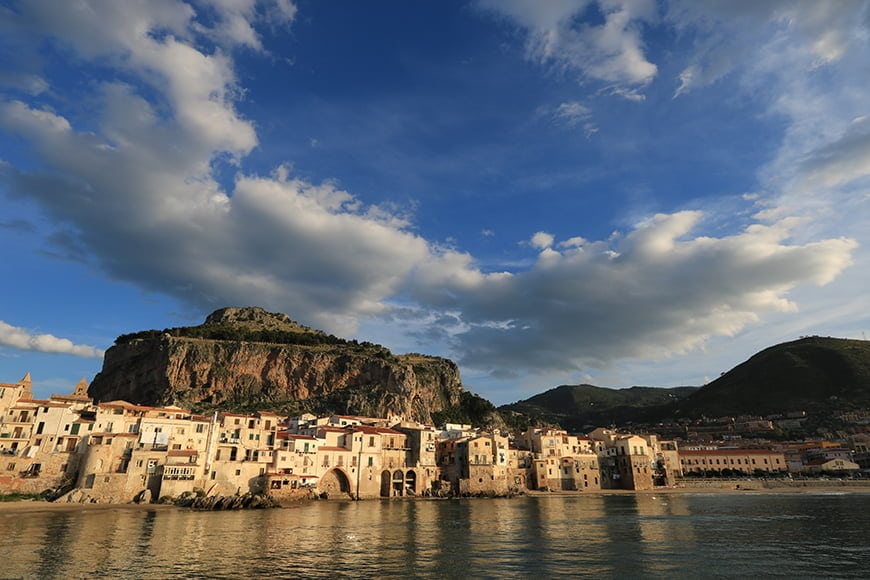 Plus, assuming your lenses are sharp, you can get in extra cropping power with a 24 MP camera compared to an 18 MP camera, which is invaluable for wildlife photographers, sports photographers, and street photographers in particular.

The T6i also offers slightly better dynamic range over the T6 – around 12 stops, compared to 11.7. While this won’t make a difference in most situations, more dynamic range is always nice to have, especially for landscape shooters.

Now, if you often find yourself shooting in low-light scenarios, you’re going to want a camera that can get you the best high-ISO results possible. In other words, you want to minimize high-ISO noise.

So how do the T6 and the T6i compare?

You can start to see some real noise around ISO 800, and by ISO 3200 things have become iffy.

The T6i can technically go up to ISO 25600 while the T6 is capped at ISO 12800, but I don’t recommend pushing either camera to its limits unless you’re desperate.

Looking carefully at high-ISO shots from both cameras, I might give the T6 a slight edge when cropping to 100% (presumably due to its lower pixel count) – but you’ll be able to make up the difference when resizing.

In terms of video performance, you’re not going to see much difference between the Canon T6 and the T6i.

You have identical video frame and resolution options: up to 30 fps when shooting in HD, up to 60 fps at 720p.

One thing to note, however, is that the Canon T6 doesn’t include a mic port.

This is going to be important for anyone looking to record external audio.

And the T6‘s lack of Hybrid CMOS AF means that autofocusing when shooting video will be frustratingly slow.

Both the Canon T6i and the T6 fail to impress when it comes to battery life.

You get 440 shots on the T6i per charge, which means that you’re going to want to get an extra battery, especially if you like to take a lot of photos on a single outing, or if you plan to shoot a lot of video.

You do get a slight boost from the T6, at 500 shots per charge, but I’d still recommend a second battery.

Looking at these two cameras side-by-side, you’re going to want to go for the Canon EOS Rebel T6i.

It’s the better camera in pretty much every way…

(And battery life, but the difference is minor.)

And the T6i comes in at about US$600 (also with the kit lens included).

So here’s the big question:

Is the difference between the T6i and the T6 worth the price bump?

If you’re not fussed about autofocus speed, a fully-articulating touchscreen, and 6 more megapixels, then go for the T6.

But otherwise, I think the extra $200 is worth it.

So which one is best?

Overall, the T6i is the clear winner, thanks to its superior autofocus performance, it’s higher resolution 24 MP sensor, and its fully-articulating, touch-sensitive rear LCD.

The T6 is a couple of hundred dollars cheaper, and it’s not a bad camera, offering good image quality, similar video specs, and excellent ergonomics. So if you’re on a very strict budget, go ahead and grab it.

But if you can take the step up to the T6i, I absolutely recommend it. You won’t be disappointed! 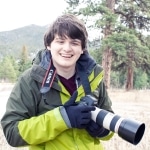