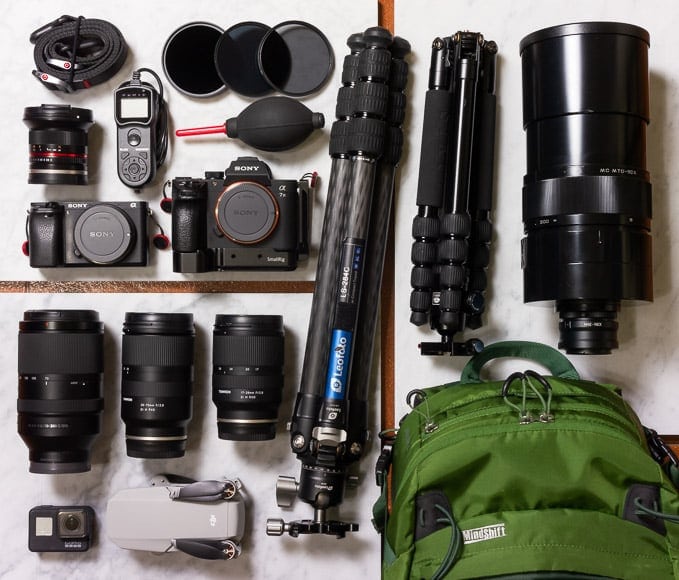 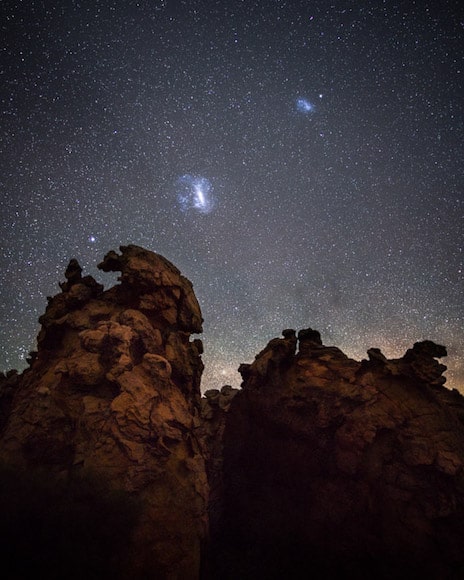 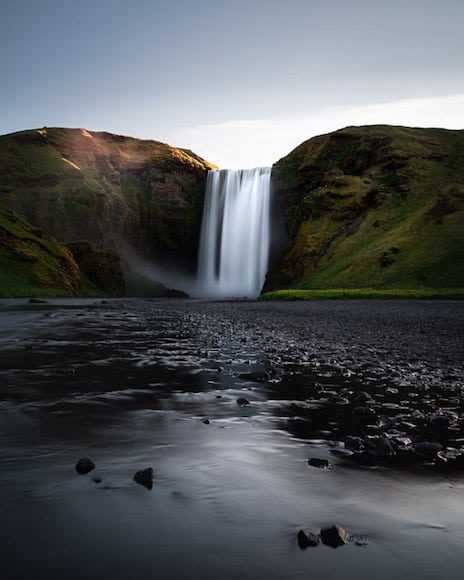 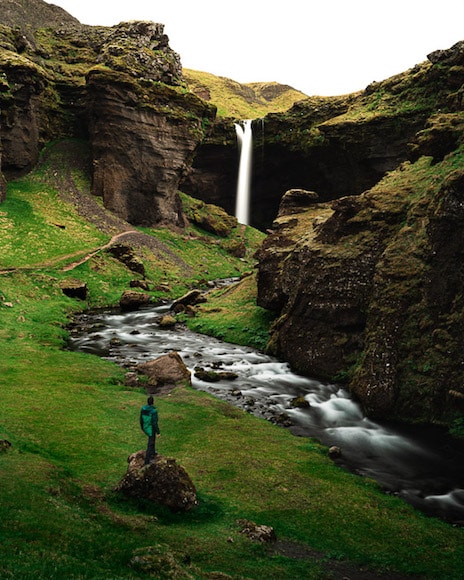 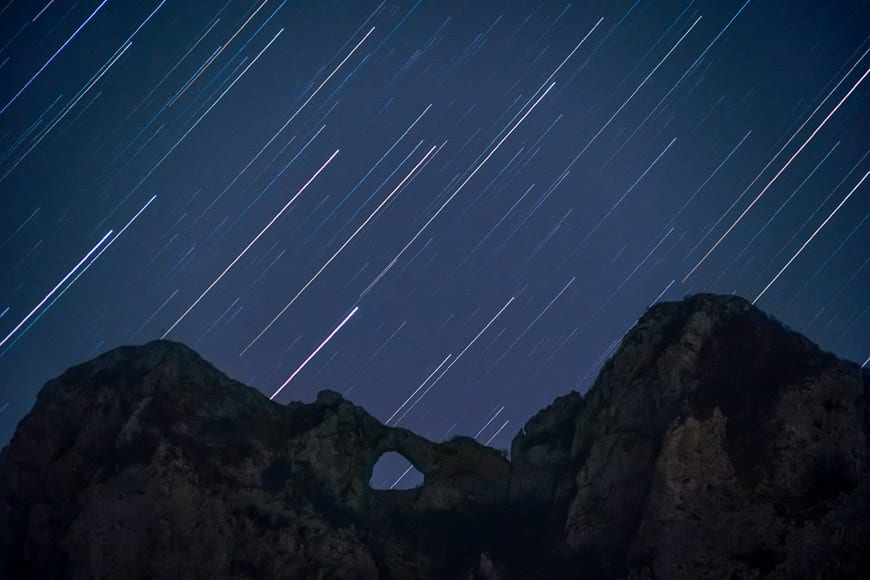 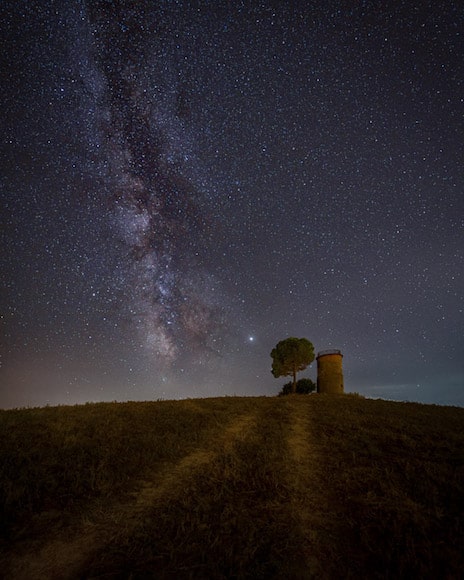 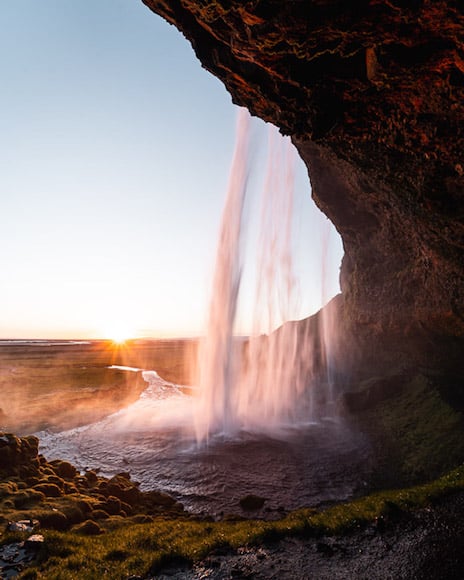 Hello, my name is Filippo Masoni, and I’m a landscape photographer based in Tuscany, Italy.

I bought my first DSLR in 2015 when I was studying computer science in Los Angeles, and I went on a few road trips with a friend. There was one in particular where we ended in the Ancient Bristlecone Pine Forest. Here we visited the oldest trees in the world, up to 5000 years old.

We hiked all afternoon without seeing anyone else and stayed for the sunset. Walking among those ancient trees, trying to find a composition, was such a surreal feeling that I will never forget. I could have stayed there forever, playing with my camera taking photographs.

That was the moment I realized how passionate I was about landscape photography, and I knew that, from that day on, I would try to pursue my dreams and passions about traveling the world and taking pictures of it, trying to communicate the beauty and the feelings I felt while being there.

My first camera was a Panasonic G6, an entry-level mirrorless, which I still own and it’s the one I used to take the flat lay you see above, actually. It never gets used, but I’ll never sell my first camera. And yes, I’ve started with a mirrorless and never actually owned a DSLR. I’ve tried them many times, but I prefer a camera without an unnecessary mirror, lol.

Throughout the years, I realized something I was really passionate about was astrophotography but, with the small micro 4/3 sensor, it was just impossible to capture the milky way, so when the Sony a6300 came out, I couldn’t resist getting the best lowlight APS-C camera on the market.

After I started doing some photography work, and getting some money out of it, I decided to finally upgrade to full-frame, so here’s my current kit:

Sony A7III – This is my main camera. Its got 24MP, which might not seem a lot for landscape photos but having such big pixels means the low light quality, and details you can recover in the shadows, is immense. It’s probably the best camera out there for astrophotography.

I also use it a lot for videos; it shoots very crisp 4K (oversampled from the full sensor 6K readout) and buttery smooth 120p slow motions. All of that with many color profile options. AF never disappoints, and the battery life is great. I just wish the menu’s UX was a bit better.

Sony a6300 – This is now my secondary body (it used to be my main). When out in the field, it gets used for time-lapses or if I need some extra reach with my telephoto, since it’s APS-C.

It also matches really well with the video files from the Sony A7III. Shoots the same resolutions, but the 120p is a bit soft compared to the Sony A7III. It’s very small, so it always finds a place in my bag. The only downsides: battery life is atrocious.

GoPro Hero7 – I’ve always been a fan of GoPro. I’ve had all the iterations of it since the Hero4 and used them extensively from car videos to time lapse work, especially construction. I always bring one with me.

DJI Mavic Mini – This is the latest addition to my kit. I previously had the original DJI Mavic Pro. It was great, and I’ve used it a lot for 2 years. Unfortunately, I lost it due to a remote connection error in the deserts in Spain. So, I recently got the little one, the main reason being the size and weight; it’s like carrying an additional lens.

The quality of the video is better than the original Mavic Pro, even if it’s only 2.7K, the image is less noisy, doesn’t have much compression artifacts, and it’s smoother. It only shoots jpg photos, unfortunately, but considering the sensor is so tiny that would have not made much difference. The old Mavic Pro didn’t have a lot of dynamic range, and the shadows were very noisy anyway.

One detail that really surprised me was how easy it is to clean the front element of this lens, especially with that salty sea spray. It’s a flat glass and it’s got a special coating. I’ve used this for astrophotos too, and it’s very sharp and detailed at f2.8.

Tamron 17-28mm f/2.8 – This is my wide-angle lens of choice. It’s very sharp and it’s fast for every scenario. It’s not as practical as a regular 16-35 but, paired with the above 28-75mm, they make a perfect combo. It’s actually sharper than the Sony GM, in some situations, while being so small and light (due to the narrower range).

I can also confirm it’s a very sturdy and well-built lens. One time I was in a precarious position with my tripod on some rocks and the first breeze of wind made my whole setup fall from a height of about 1.5m.

It scraped against the face of this hard granite rock until it hit the ground. Fortunately, it still works great, only cosmetic damages. I’d say the build quality is a bit higher on this lens than the previous Tamron 28-75.

(not pictured) – I had this before the Tamron 17-28mm f/2.8, as my wide-angle, and I only bring it when I know I need to go wider than 17, which is rare. AF is not as good as the Tamron or Sony native lenses, it’s also a bit noisy in the video but works pretty good. It also doesn’t take filters, but it’s very sharp at all apertures.

Sony 70-300mm f/4.5-5.6 – After I got this lens, it quickly became my favorite to use. Once I put on a telephoto lens, I feel like I have so many options of compositions, and it’s so cool to see so many details far away.

Samyang 12mm f/2 – This is an APS-C lens, and it pretty much always stays on my Sony a6300. It’s very small and light but has incredible sharpness, and, at f2, is also very good in low light. It’s a manual lens, but very easy to focus with a hard stop at infinity which is very precise.

MTO-11 1000mm f/10 – I gotta be honest, I included this in the flat-lay because it looked cool, but I rarely use this lens, so it’s not actually in my kit. It’s a very fun tool to use though. This is a vintage Russian lens, it’s catadioptric, which means it doesn’t have glass but a set of mirrors inside to magnify the image.

Being a manual focus lens, at that fixed focal length, it’s very hard to get a sharp subject because every small shake is a big move in the viewfinder. But the perspective I can get is just something else.

But when I go on long trips, I always end up not having enough space for all my stuff, and, at the end of the day, it’s heavy and bulky and it’s not gonna fit under an airplane seat. That’s why I recently backed the Shimoda Explorer series on Kickstarter and got the X50. I’m still waiting for it though.

Leofoto LS-284C + LH-30 – I’ve had this for only 6 months, but, I can say, it’s one hell of a tripod. It’s a strong, carbon fiber, well-built tripod that’s a somewhat copy of a 2 series Really Right Stuff. I’m not gonna say it’s the same quality, but it costs a third, and it’s perfect for me.

4-section, thick legs with no center column, is the best recipe for a rigid, lightweight, and compact travel tripod. When folded, it’s thinner than the small Sirui. I also really like the design of the compact head, if I could get the kit with the bigger Leofoto LS-284C + LH-40 I would have done so but that was the only choice I had and it’s still a sturdy head.

Sirui T-005KX + C-10S – This is the old travel tripod I had, I carry it most of the time anyway since it’s small and useful if I want to set up a time lapse with the Sony a6300 while I’m shooting with the main Sony a7III camera. It has 5-section, aluminum, very thin legs, so it’s not very stable.

Manfrotto 190X3-2W (not pictured) – This is a 3-section, aluminum, tall tripod with a fluid head that I use for filming. It’s big and heavy, so I never carry it for landscape photography and when I travel.

I don’t have a filter system because I bracket instead of using grad filters. It’s something less to worry about when on location and less gear to haul around. So I only really need a polarizer and a 10 stop ND.

Haida PRO II Series MC ND1000 – The 10 stopper! I use this when I want the buttery smooth water or that movement in the clouds.
Andoer ND8 – It’s not the best filter, but I rarely need an ND8 anyway, so works for now.

Peak Design Leash – I have their anchors on all my cameras so that I can quickly attach the strap if I need to.

Rocket blower – This is the most essential tool for all mirrorless users, lol, to get rid of all those dust spots on the sensor.

Intervalometer – A cheap, generic one for Sony. I use it for long exposures over 30 seconds and star trails.

PC – I edit on a custom build PC, i7-8700k, 32gb RAM, 2x 1tb SSDs, GTX1060, 10TB HDD archive drive. I then regularly backup on a home server and on an external drive that I keep off-site. A good backup strategy is the most important thing.

Lightroom – I, like most people, started to edit in Lightroom and I still do for the most part. Lightroom is great for cataloging and keeping all your library in one place.

Photoshop – For the shots I really like, I then bring them in Photoshop and do further local adjustments where I have the ability to target my subjects better with the use of luminosity masks for example.

Adobe CC – I have the complete package because I use Premiere Pro, After Effects (alternatives), Illustrator, InDesign and so on, for parts of my work.

I always have some peanut butter Clif Bars in my bag, a bottle of water, of course, I can’t run out of water, haha, and a swiss army knife.

That’s pretty much it. I have other lenses and other stuff that I very rarely use, but don’t make it in the actual kit. I always have the urge to look for reviews of new stuff and buy new gear.

I like tech so that’s to be expected, but the most important thing, and the most important investment I think I’ve done, are all the travels. Thanks to photography, I get to travel the world and see amazing places. So get out there, explore, and put that gear to good use!