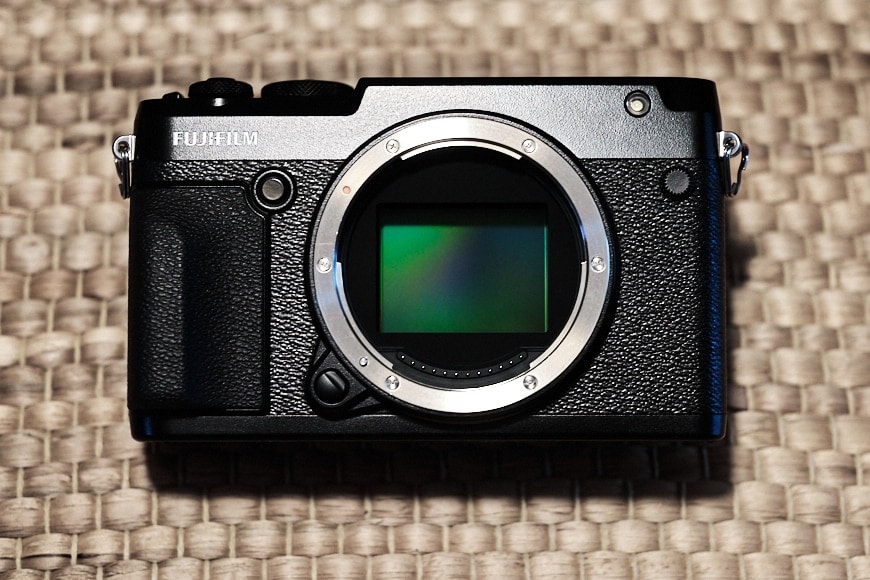 Recently I had the privilege of using a flagship Fujifilm camera which was loaned to me from the kind folk at Fujifilm Australia.

The look of the camera is unlike anything before from Fuji, and despite it looking rather brick-like, it’s actually surprisingly light – like holding an empty box, in fact!

It’s a refreshing change to review a camera that forces you to be more deliberate and calculative in your approach to a decisive moment.

Rather than the machine-gun-like performance of cameras we’re used to here in 2020, the GFX 50R offers a completely new shooting experience.

You’re forced to slow everything down, to truly savour each press of the shutter button. 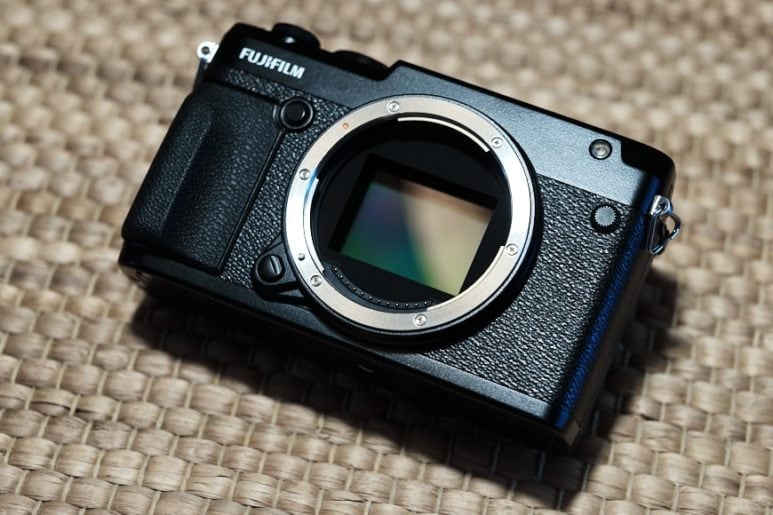 The Fujifilm GFX 50R is boxy by design but surprisingly light.

I have mixed feeling about the look of the Fujifilm GFX 50R. It looks pretty wide and bulky at first glance, but with continuous use, I started to see less difference in the appearance and handling when compared to smaller Fujifilm X Series counterparts like the X-T3.

I think the process of taking photographs with it superseded any actual aesthetic beauty of the camera.

When comparing like for like then, I think the size of the GFX 50R is much better than other medium format cameras and more street-friendly.

Nevertheless, the camera is well-built with a magnesium alloy body that’s dust and water resistant.

These features are especially helpful for photographers working in challenging environments at various temperatures, particularly when combined with the surprisingly light weight of only 775g (27.3 oz).

Most of the dials are made of aluminium and look great. I particularly liked the customisable dial around the shutter button – it’s aesthetically pleasing and probably the most responsive button of all the Fujifilm cameras I’ve used.

The viewfinder is boosted with 100% coverage and a high definition view which is especially noticeable on the image display after taking a shot.

I found myself taking the time to wait until the image appeared in the viewfinder screen – great displays give greater satisfaction.

The LCD screen can be tilted in four directions with ease – especially helpful with taking interesting angles overhead or during ‘stealth’ mode (aka while sitting quietly somewhere in the street taking candids).

If you’ve used Fujifilm cameras before, be it from the X or GFX series, then I don’t think you’ll have any issues navigating the menu on the Fujifilm GFX 50R – thankfully, it’s similar to all the others.

All the buttons are now located on the right-hand side, which is pretty handy when compared to X-series cameras where you have to move your hands across the camera to change the various settings.

There is a touch-screen option for the Menu, which I don’t personally use. That said, it can make it easier to navigate through the focus points, particularly during a landscape photography session where most of the time the camera is mounted on a tripod.

When shooting in the street, it’s more practical to alter your focus points manually while looking through the viewfinder, rather than taking the camera away from your eyes. 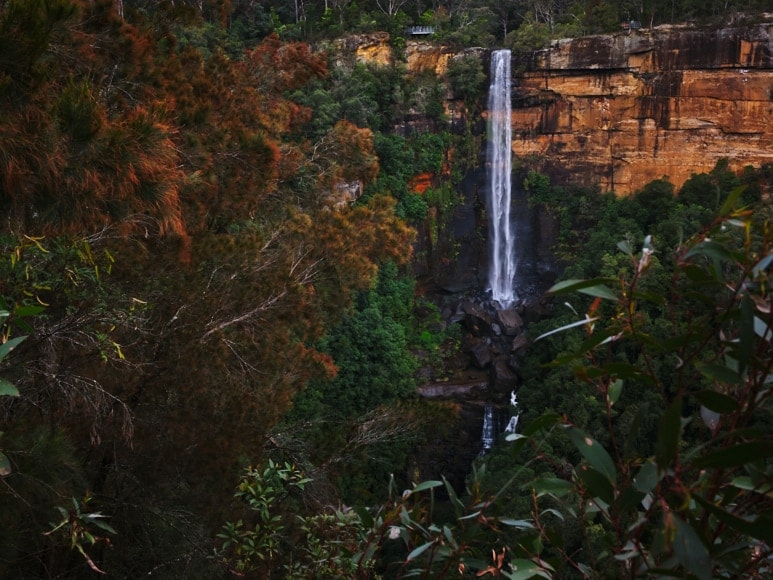 The viewfinder is located on the left-hand side rather than in the dead centre, more in line with rangefinder type cameras.

The GFX 50R doesn’t have the optical viewfinder, similar to the Fujifilm X-Pro2. However, the location of the viewfinder makes it easy to connect with your subject, rather than hiding your face entirely behind the camera.

The rubber grip on the right-hand side makes it easier to hold this rather ‘lengthy’ camera easily, and the thumb rest is an additional bonus.

Overall I feel Fujifilm thought very carefully about how to make this camera more user-friendly. I didn’t have any difficulties hand-holding it and taking pictures, making quick adjustments whenever needed. 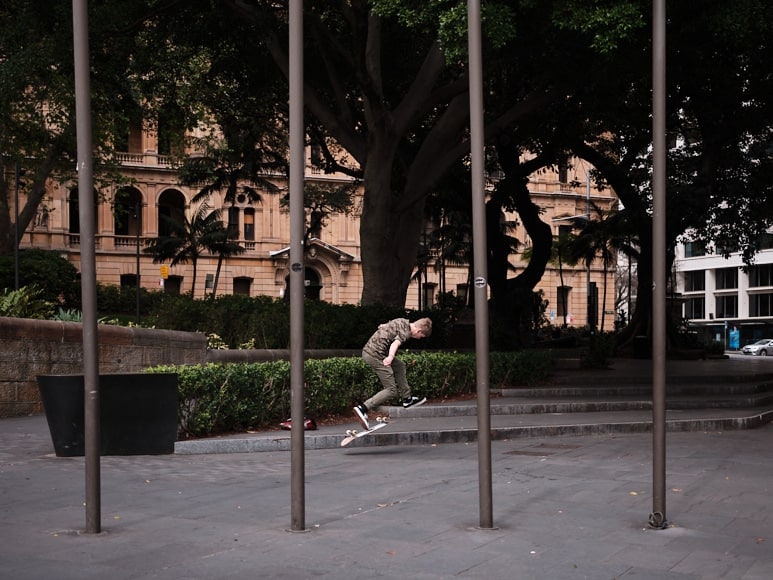 This camera is not suitable for sports or wildlife photographers – tracking any fast-moving subject is not its thing.

With some practice, it’ll become easier to shoot a fast-moving street scene, but it’s still tricky, particularly in low light, due to the somewhat inferior contrast detection autofocus mechanism of the Fujifilm GFX 50R.

Having said that, after shooting with it for a while, I found my hit-rate improved greatly. With the GFX 45mm lens, I didn’t have much issue when shooting a moving person, especially when in good, contrasty light. Face detection in the Fujifilm GFX 50R isn’t great. It hunts a lot, and there are instances where it doesn’t bring food to the table at all.

A bit of pre-planning is advisable when shooting photos of people, or do as I did and choose one of 425 single focus points for each shot.

The Fujifilm X-Processer pro will probably need some firmware updates further down the line – with Fuji’s Kaizen-style of consistent updates, I’m sure they’ll improve on the AF of this camera.

Despite the relatively tricky and inconsistent AF performance, I found that over time it didn’t bother me. We’ve probably been spoiled with the black-magic-like AF of other (non-medium format) Fujifilm cameras, so it’s important to remember what we’re dealing with here – a camera producing 51.4MP MF images!

A significant percentage of my photos are taken during low light. Thankfully, the Fujifilm GFX 50R has good low light performance, much like any other Fujifilm camera.

Even at high ISO the image quality is preserved, and tons of information is stored in the files so I can retrieve it during post-processing.

Below are some examples of the high ISO performance. 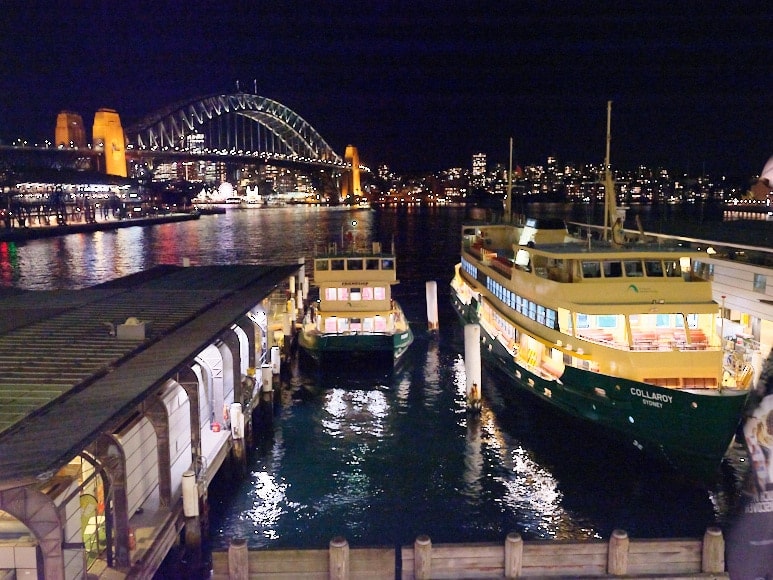 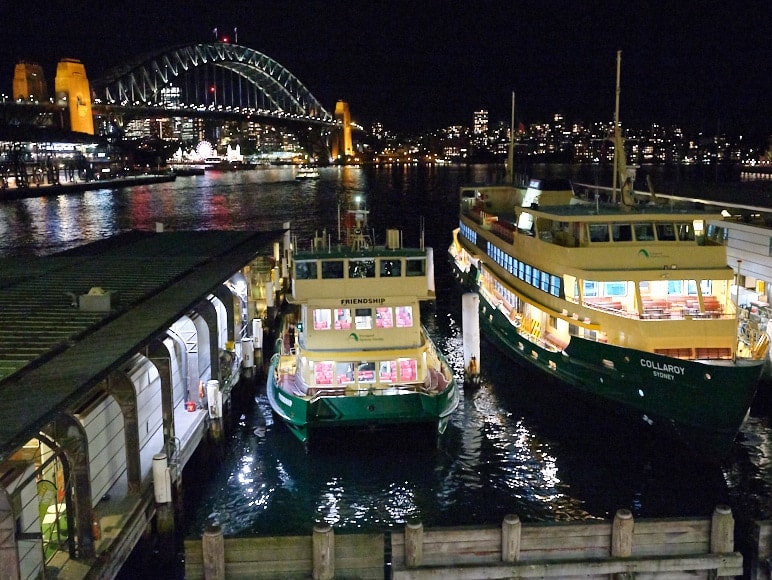 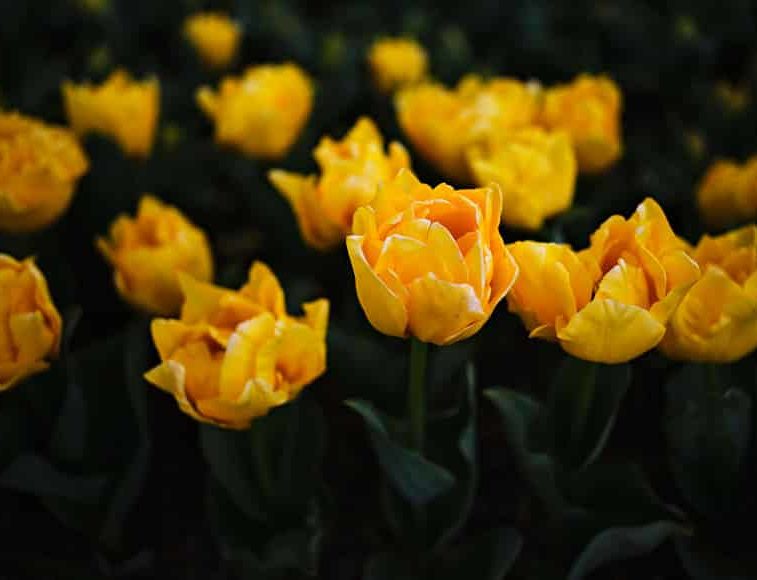 The Fujifilm GFX 50R is a medium format camera with 51.4 million pixels, backed up by an amazing lineup of Fujifilm GF lenses… so there is obviously no doubt about the image quality.

The images, when viewed through the LCD screen and then on my iMac, are probably the best I have seen in terms of image quality.

With beautiful film simulations and great dynamic range, the JPEGs are justifiable for any serious amateurs who don’t want to bother spending time to post process their images. 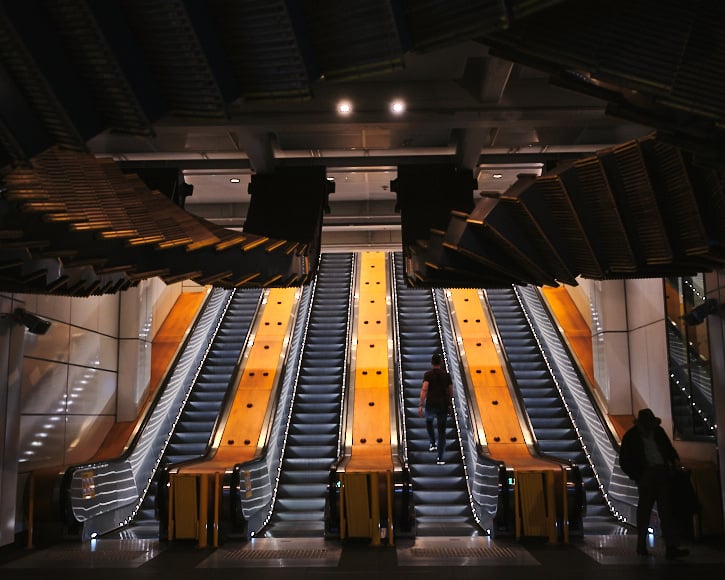 One of the most important features I want in any camera is dynamic range.

The Fujifilm GFX 50R boasts 14 stops of dynamic range and the blacks are black and whites are white. Everything is well-balanced.

The beauty of better dynamic range is that I spend less time in post-processing recovering details, and also feel confident to shoot more JPEGs with less fuss.

The naked human eye can handle approximately 20 stops of dynamic range – so the 14 stops of the GFX 50R could statistically look slightly low.

However, I didn’t see any serious issues with the exposures and contrast. There are no perfect cameras, after all.

My days of pressing the shutter so many times a second are over. So the buffer size of ‘only’ around 8 uncompressed RAW or unlimited JPEGs doesn’t bother me any more.

The Fujifilm GFX 50R is not a camera for any serious wildlife or sports photographer – unless you have all the time in the world to wait for another moment which you just missed.

I managed to squeeze only 2-3 photos in 2 secs in RAW, with a considerable lag between shots. 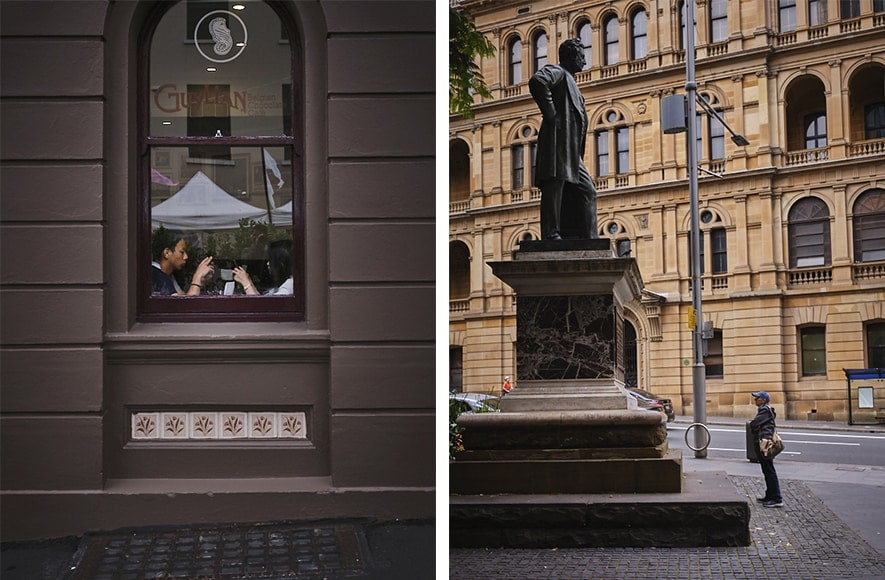 Initially, I panicked and wanted it to be faster – but in time, I slowed down. I waited for the right moments, and with every successful shot, my happiness as a photographer increased.

Actually, since I didn’t have room for mistakes, shooting with the GFX actually made me a better photographer.

I was no longer taking a couple of shots a second, hoping one will work. Yes, I had to spend more time – but I had more keepers at the end of it.

Take a deep breath – find your zen – buy a GFX… if you can afford it!

I particularly like the grainy look of old black and white images. The Fujifilm GFX 50R has settings specific to adding grain to the image.

For someone doing more black and white photography, this is an interesting feature.

It also has a 3D electronic level which can be handy when composing landscape scenes, or for keeping compositional elements perfectly square. 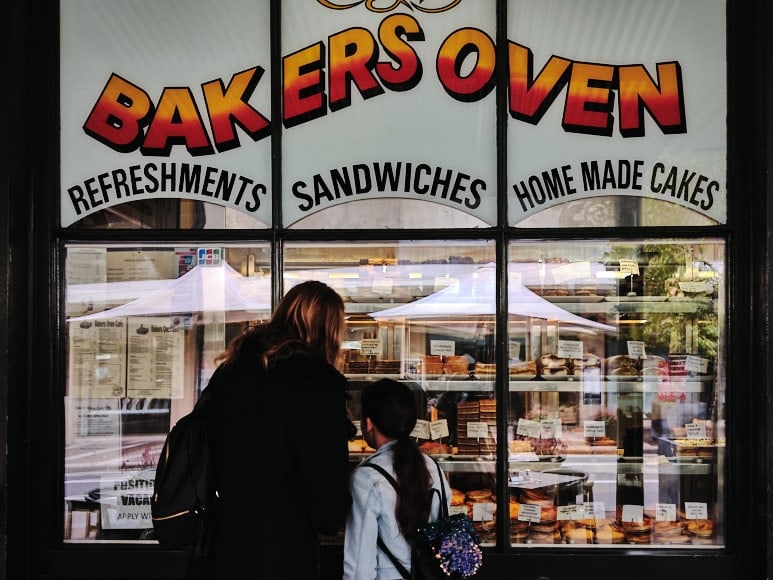 At around US$4,000 (latest price here), will I buy this camera?  Unless I win a bunch of money or Fujifilm forget that they loaned me this camera ( I wish!), I probably won’t find myself with my own GFX 50R any time soon.

This judgement on value for money is made from my perspective on how a product alters my lifestyle.

I don’t want to work hard to save money to afford a Fujifilm GFX 50R, partly because I’m not a commercial photographer, I don’t sell prints and I don’t have any pixel peeping clients. 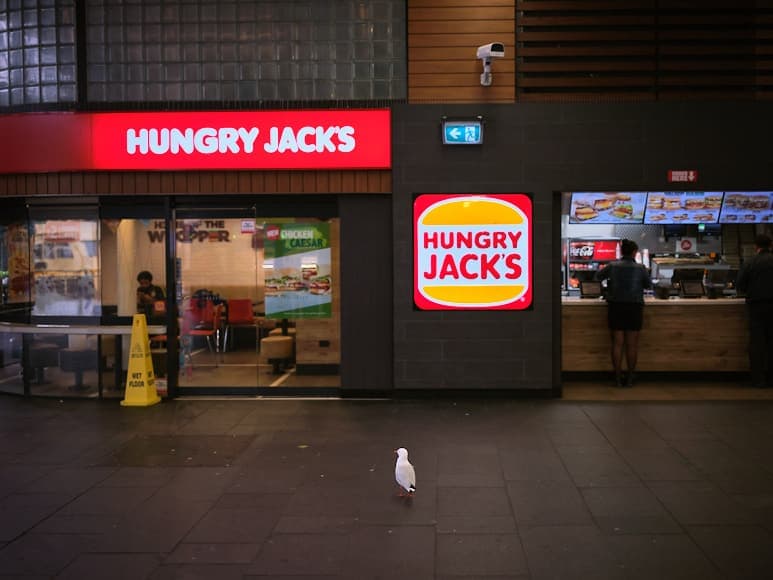 My photos at this stage will most likely end up on social media or print magazines.

My photo exhibits are not going to be of the size of a billboard.

My upcoming book projects won’t be read with a magnifying glass.

At all these occasions the photo taken with Fujifilm GFX 50R will look much better, but they are statistically insignificant for the purpose given the price tag – that is for me, at least.

For someone else who has different needs and wants a comparatively inexpensive medium format camera with great image quality, I don’t think any other camera can beat the GFX line.

Would I leave all my other cameras behind and take this on all my trips instead? Yes, absolutely.

Regarding the image quality – hands down, this is the best camera I have ever used.

My type of work as a Travel and Documentary photographer means I need a versatile camera with good quality images that can make an impact – although a major part of that should come from myself as an artist.

I don’t think my genre will always need a much faster camera. In fact, after my experience using the Fujifilm GFX 50R, I feel it is adequately fast.

I might carry a smaller X series camera like the Fujifilm X-T3 in case I come across a really fast-paced scene. That would actually be a sensible way to carry something slower like the Fujifilm GFX 50R, and still have all my bases covered. 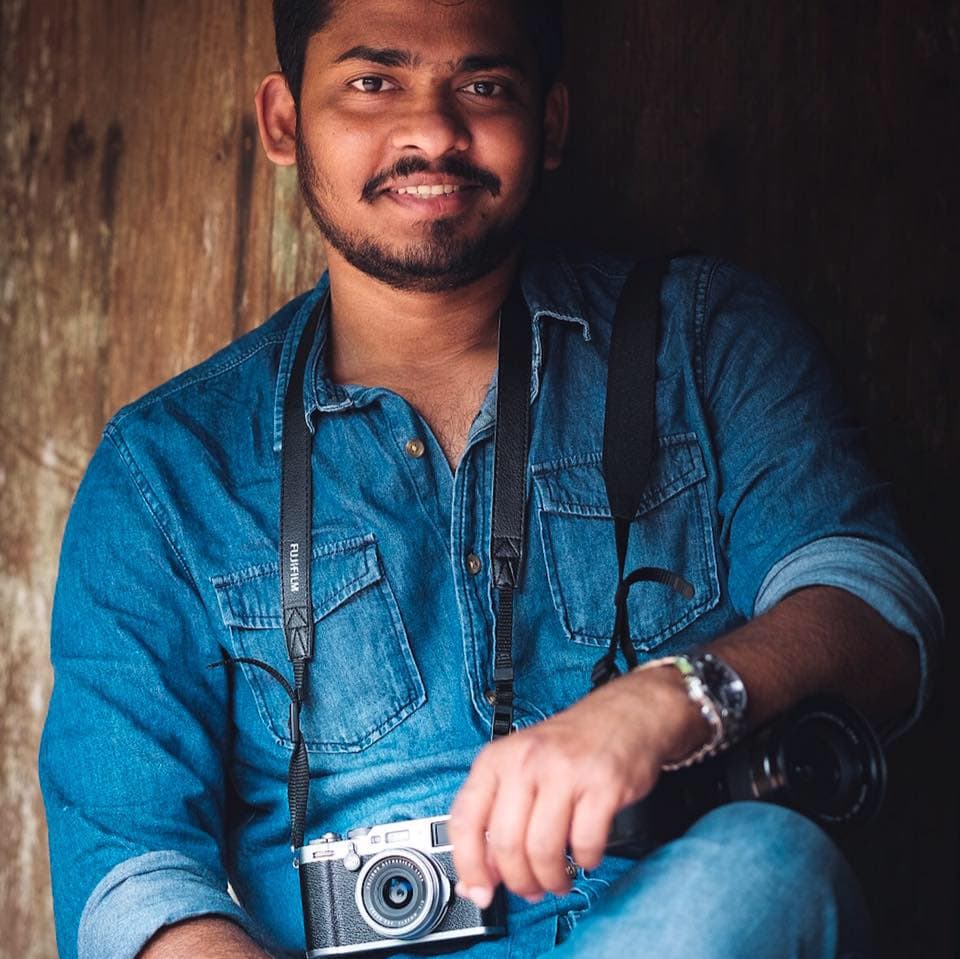