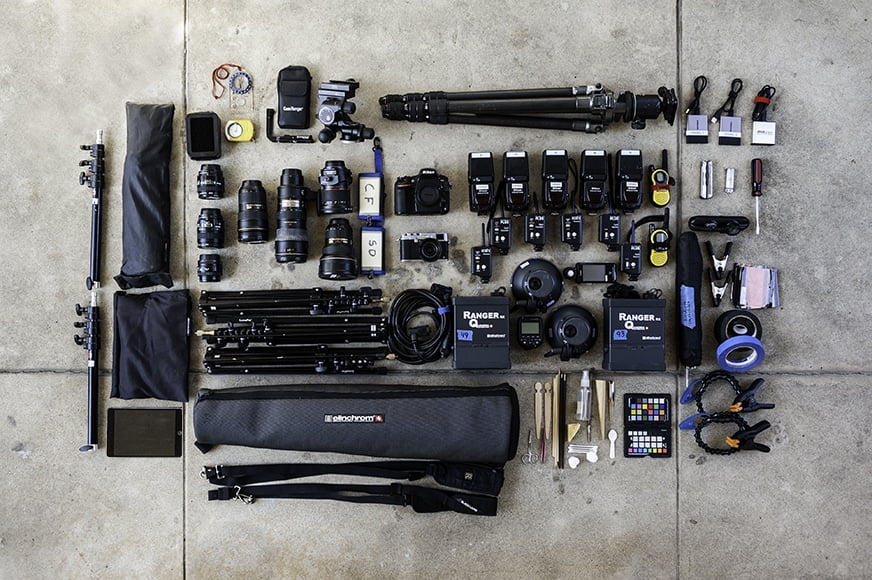 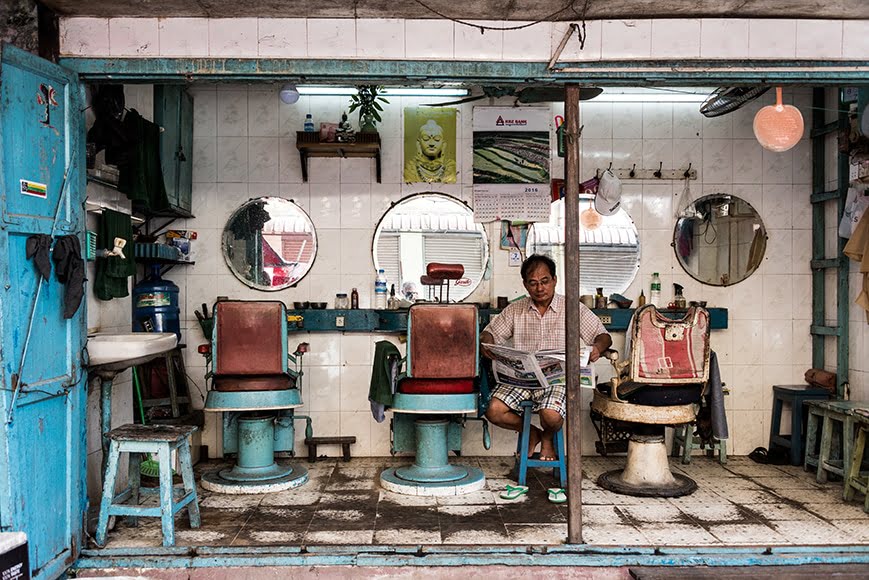 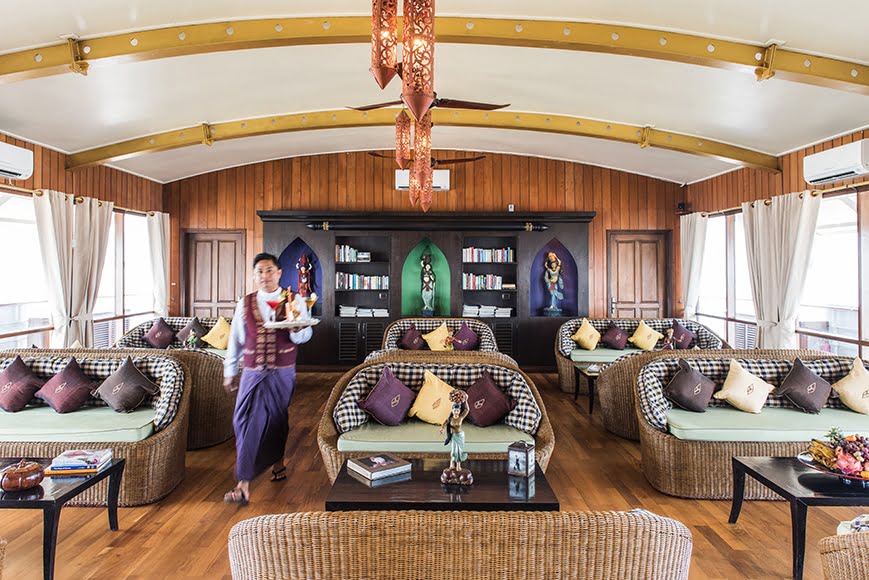 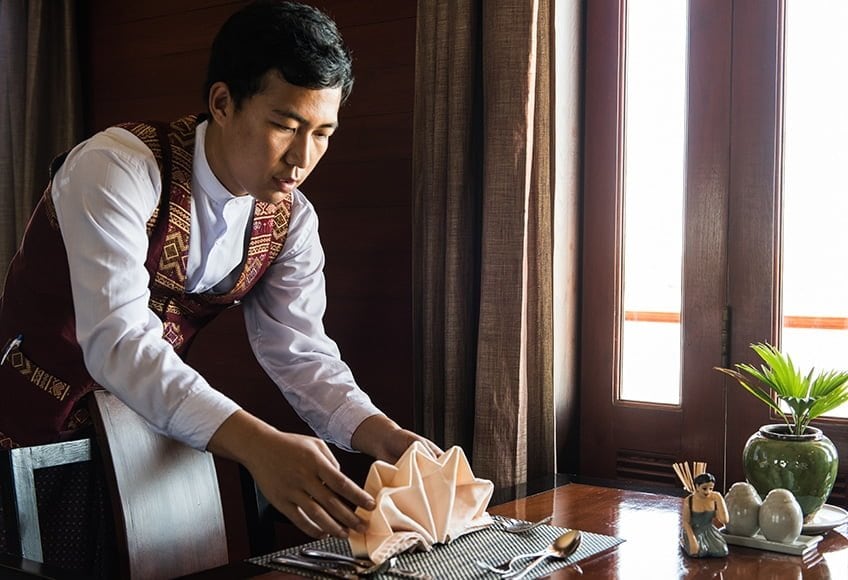 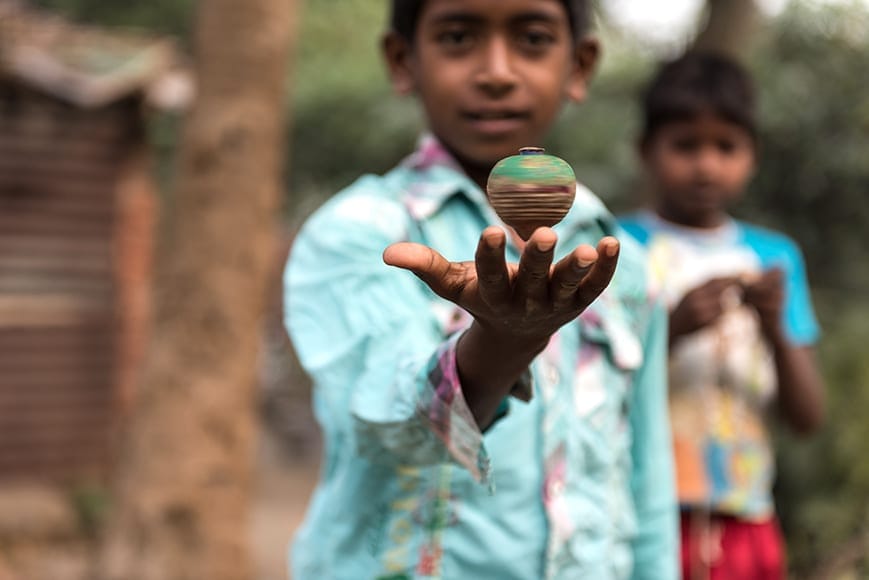 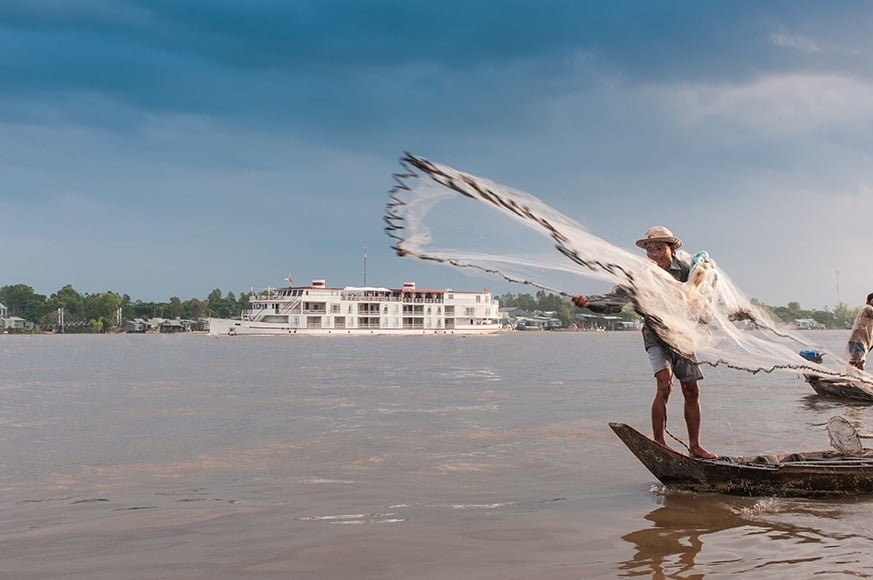 I’m a travel and food photographer based in Los Angeles. I’ve been shooting for Cabo Living Magazine for the past 13 years, and since 2011, my wife and I have been writing feature articles for the magazine.

In 2010, I developed – quite by accident – a dream niche: photographing small, boutique passenger boats for the various companies that own them. Most all of them average about 25 staterooms or less. Here’s how it all came about: We were planning a vacation to Egypt, and as part of that trip, we were booking a week-long voyage on the Nile on a wonderful, 6-stateroom boat.

While corresponding directly with the company that owns the boat, they looked at my website and asked if I would be interested in shooting a new package of images for them while onboard. Of course, I said yes! My wife became my art director.

Suddenly, I had a 1-boat portfolio, and I was determined to make the most of it. I marketed the heck out of that one job, and the next year we found ourselves shooting a new boat on the Mekong, which led to boats on the Amazon in Peru, the Chobe in Botswana, the Hoogly in India, the Irrawaddy in Myanmar, the Senegal River, the Sea of Cortez, and the Mediterranean.

The kit pictured – and described below – is the kit that I take almost everywhere. Yikes – that’s a lot of gear! But whether I’m shooting for Cabo Living Magazine or one of my boat clients, I don’t want to be without something I know I’ll need. I’ll likely be shooting interiors, exteriors, people, and food, and need to be ready for anything. More often than not, I do indeed use most everything in those 3 cases.

Have questions? Drop me a note!

– My non-babied, around the world workhorse. I love this camera, and it’s never failed me.

(not pictured) – Was my primary camera in its day and is my trusty backup now. But because the D810

is so solid, I’ve never had to pull it out of the case.

– While I take this on every job, it gets very limited use. I tend to mount it up to accentuate skies at sunrise or sunset over a river landscape.

– Along with the 70-200mm below, this is the lens I tend to use the most. Great for everything.

– A tack-sharp walk-around lens that gives me more range – and is way lighter – than the 24-70mm. I use the heck outta this lens.

– While it’s in the kit photo, I don’t take this one with me much anymore.

– This goes everywhere. I use it mostly for details and food. I love it.

– This little old guy seems to invent light. Always in the bag. Always.

– When I started out shooting boat interiors, I couldn’t wrap my head around splurging for the Nikon 24mm PCE

. The reviews of the Rokinon were good, and I found this one used on eBay.

– As you may have guessed by now, I’m not the guy who goes out and buys new stuff as soon as it hits the markets. In fact, I tend to see new product intros as an opportunity to pick up used stuff for cheap. The SB-800

’s are fine, especially since I tend to use them mostly in SU mode (slave mode triggered by the Elinchrom Quadras) shoved in bathrooms, kitchens, etc..

– These don’t get a lot of use these days because I trigger the speedlights off the Elinchroms. That said, they go on every job – just in case.

– Have to be able to balance the color temp!

and packs with lithium-ion batteries – How much do I love these lights? A lot! Powerful, light-weight, easy to use, incredibly portable – this entire kit – plus the transmitter, 2 chargers, and a sync cable (just in case) – fits in a ThinkTank SKB ISeries 3I-2011-7DL Rolling Case

– What a great improvement over the stock Skyport remote.

– Yes – I use a meter. It interfaces perfectly with the Skyport system, and I can change power levels right from the meter. Way cool.

– Just a great modifier. A bit bulky to travel with and soon to be replaced by a Rotalux Mini-Octa 39”

– Similar to the Manfotto version, but less expensive. Built really well, and they easily fit into an additional ThinkTank SKB ISeries case along with all my other grip gear and accessories.

2 Matthews Telescopic Baby Stand Extensions – The LumoPro stands are 7 ½’ feet tall, and sometimes, I need a bit more height. These extensions give me an additional 3’, but collapse down to 16 ½”.

– Never leave home without one.

(exact model not known) – When shooting interiors, a rock-solid tripod is a must.

(exact model not known) – I generally don’t take this big, heavy head with me, because I take something even bigger and heavier – and a lot more awkward to pack. See below.

– I do a lot of bracketing and strobe light level changes when shooting interiors, and I need to know that the head isn’t going to drift even a small amount. This head, as unwieldy as it is, is my insurance.

– Does as good a job as L-Brackets three times the price.

– Indispensable when bracketing interiors. And being able to make all camera adjustments, as well as fire it, from my iPad without having to touch the camera is brilliant.

camera straps – OK. These straps literally changed my life. That’s not hyperbole. I used to end every day of shooting with searing pain in my shoulders and neck from using a standard strap over one shoulder. As soon as I began using BlackRapids, the pain disappeared. It changed everything.

solid state hard drives – I have a drawer filled with portable drives that kept getting smaller and smaller, but these Samsungs – which have been significantly updated since I bought these – are so tiny, light, and wicked fast that I’ll never take a mechanical drive on location again.

– I want to ensure that how I saw it at the moment is how it’ll look later.

– Who needs the big one?

(not shown) – It’s the hub that enables me to offload images to the Samsung SSDs. At the end of every day, I offload the cards onto the Samsungs (stored in separate places) as well as the laptop. Can’t have too many backups.

Lexar cards (not pictured). Never had one fail. Side note: I never shoot over a card on an assignment.

– The only power strip I’ve ever been able to find that can be plugged into a 240v outlet and not blow up.

– Because everyone should have one (but not in your carry-on!).

– Because it has the scissors that the Kick doesn’t!

2 Wimberly Original Plamp clamps – I use these to hold bits of reflector cards when shooting food.

4×6 black, white, silver, and gold rags, and a 6×6 black net (not shown) – I use these for light control. The black solid has blocked window light countless times.

– because I’m old school and don’t want to always have to count on my iPhone. I have a paid subscription to www.sunposition.info and I’m able to enter my destination and dates and print out sun position charts before I go. I know that there are countless apps that do the same thing, but I’m always concerned that I’ll find myself somewhere with no cell reception or, worse yet, with a damaged phone.

2-way radios – When I’m shooting a boat, I’m always shooting boat to boat and my art director wife is my communication to the crew.

(not shown) – Hands-down, ThinkTank makes the best bags and cases – period. This is the larger roll-aboard, and it’s been all over the world with me multiple times. This one always comes onboard with me. I’m always amazed by how much stuff I can fit inside. The airport security authorities in India were also amazed after they asked me to take everything out.

(not shown) – For jobs where I know I’ll be on smaller aircraft. Just slightly more compact than the International.

backpack (not shown) – A great expandable soft backpack that carries a lot of stuff but doesn’t make a statement.

– One for the Elinchroms and one for light stands and other grip gear. Indestructible hard cases with brilliant ThinkTank interiors.