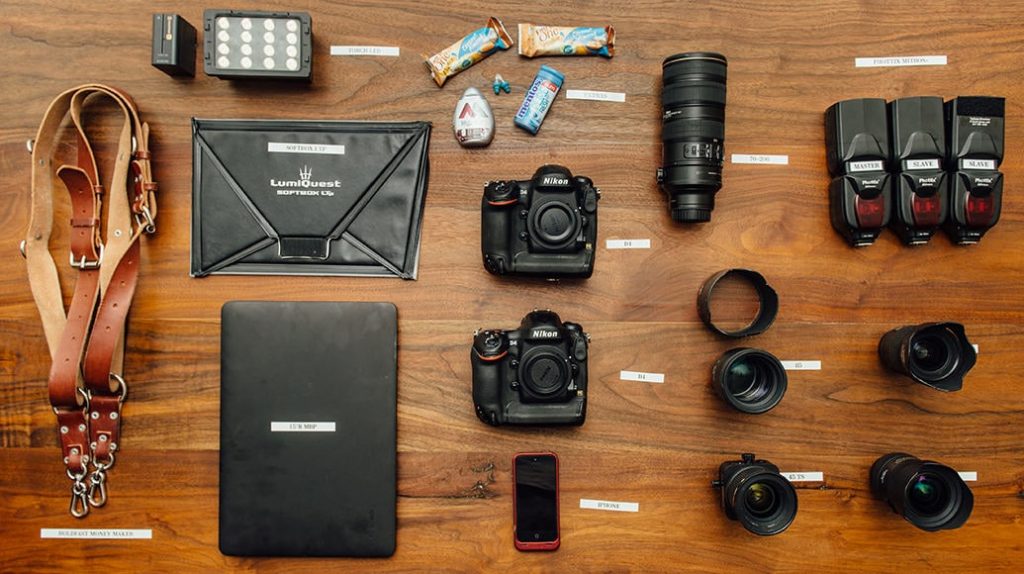 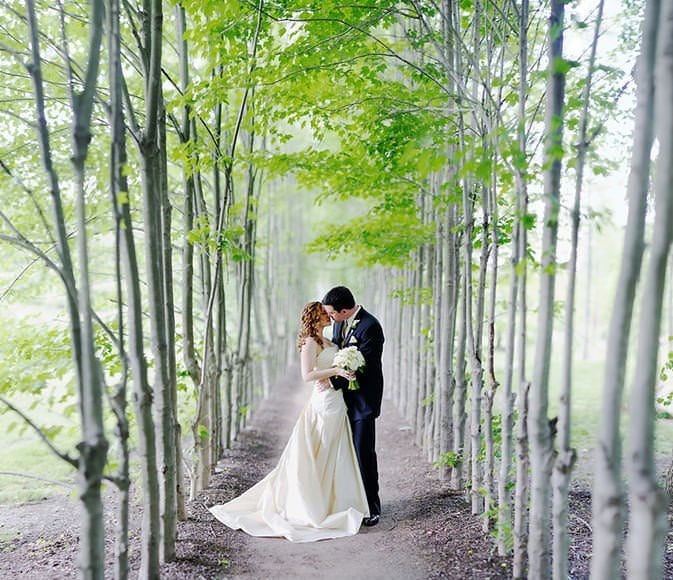 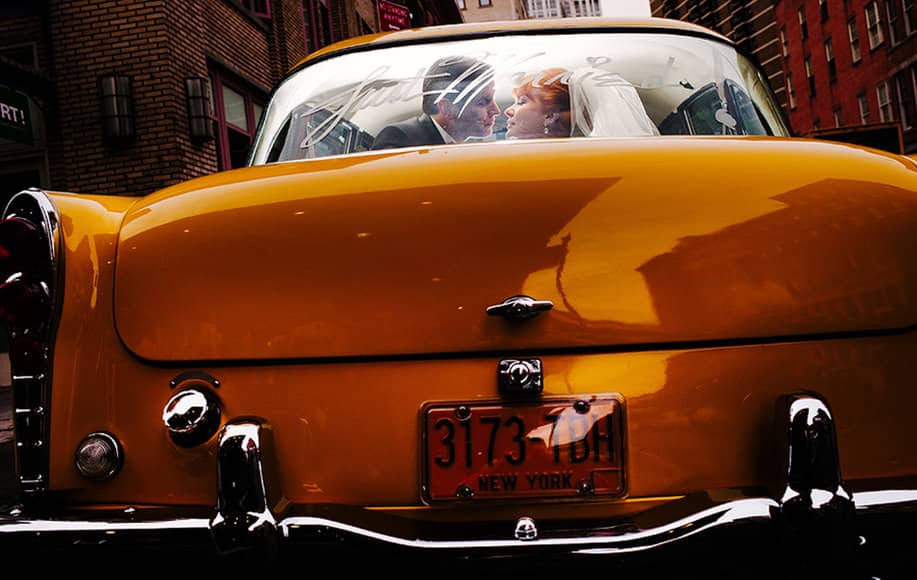 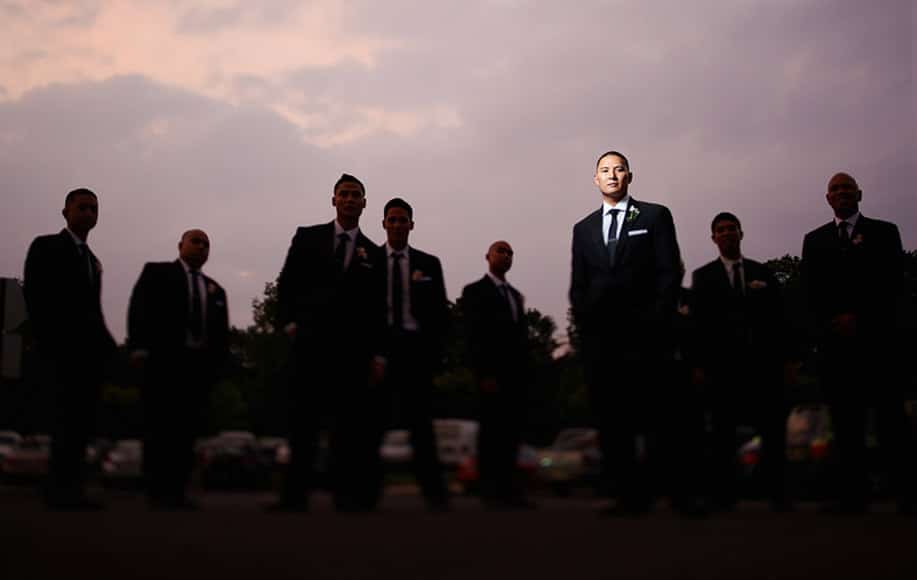 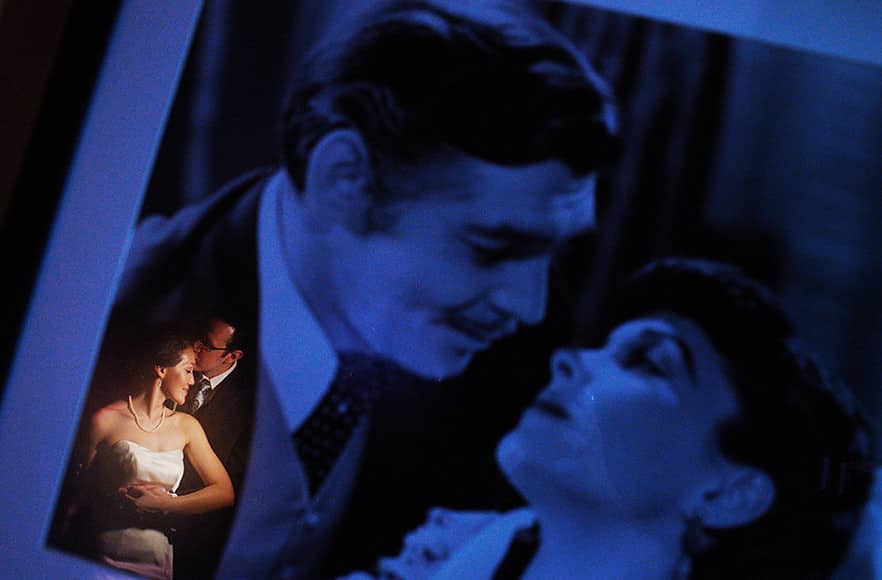 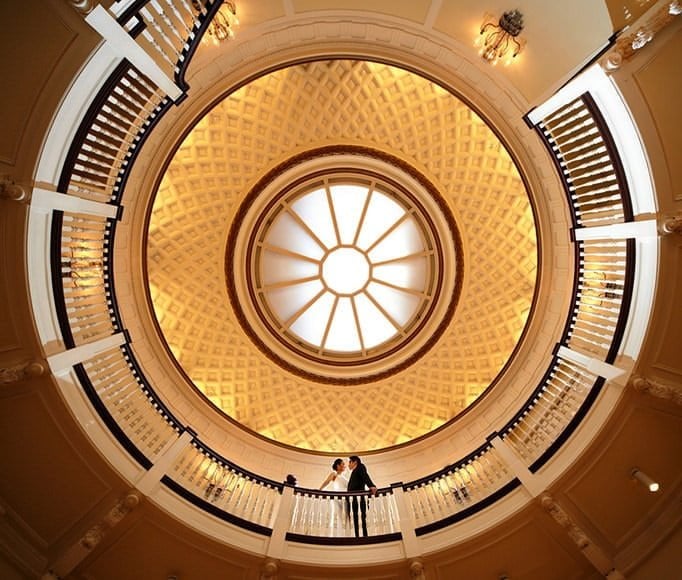 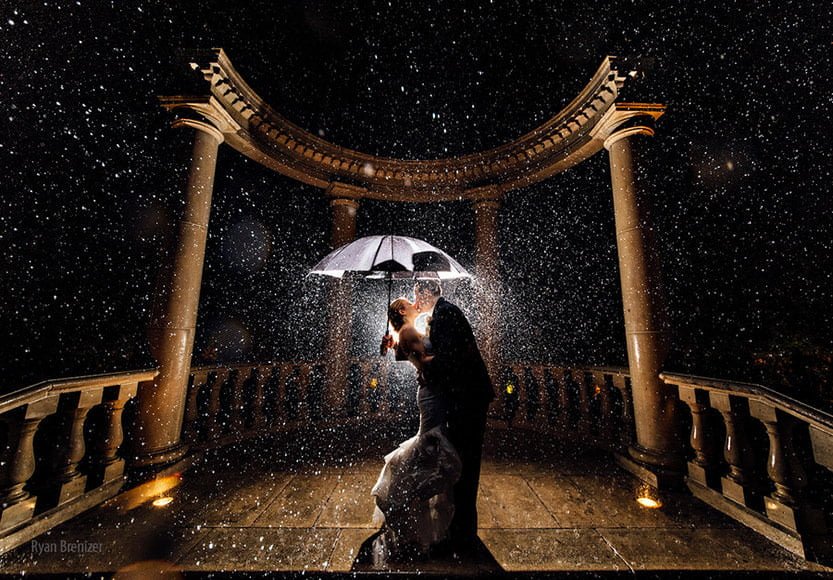 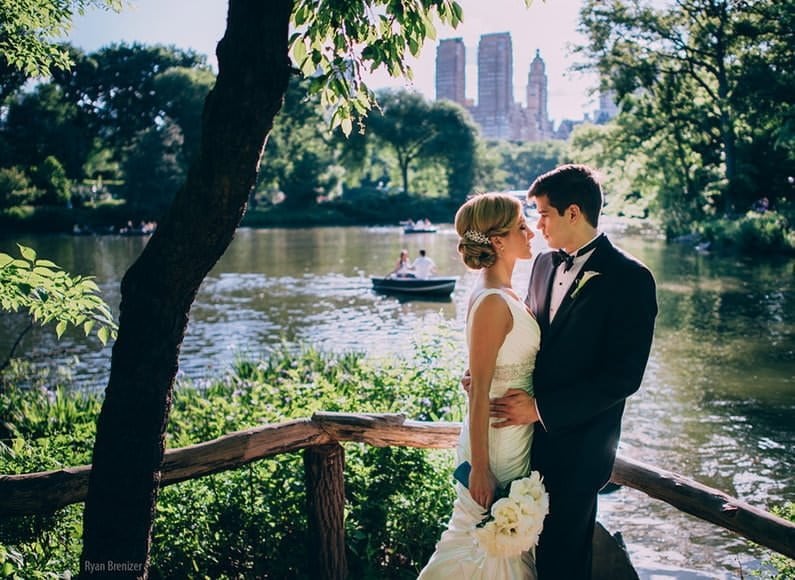 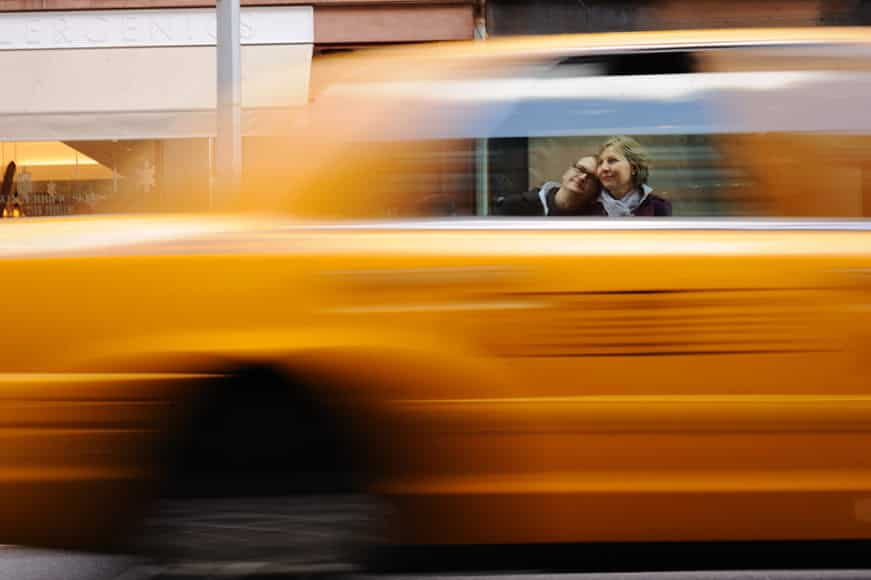 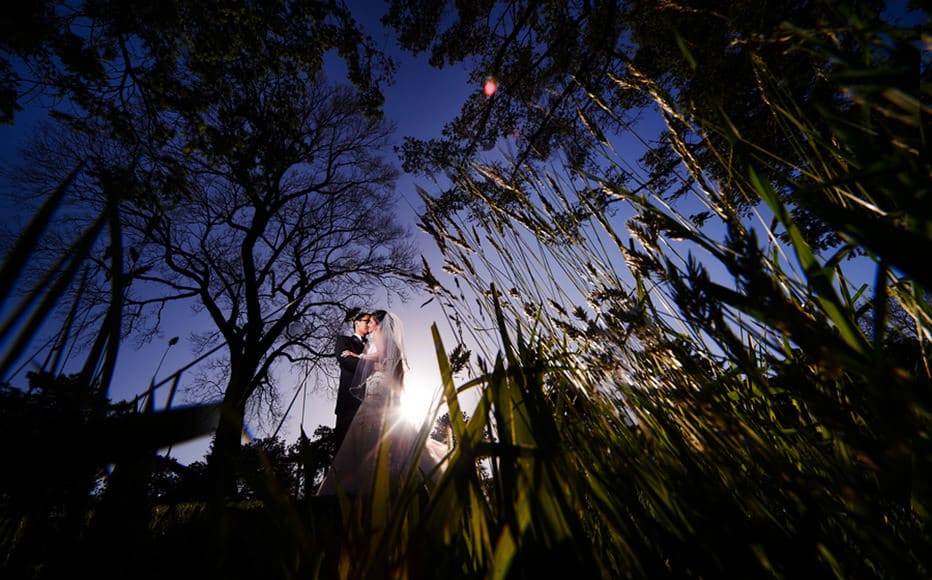 If random people think of me at all, they generally think “hey, doesn’t he have a Method or something?” But I look elsewhere when defining my career: to the trail of worn-soled shoes and camera gear ground into a fine powder left behind me.

I started shooting here and there back in the days when film cameras were just called cameras, and learned the basics on my father’s rock-sold Minolta SRT-101b. But I started working as a photojournalist right at the cusp of a new era. I photographed President Clinton and the first family with film gear marveling at the giant lenses of the wire shooters, but the images that helped win our paper a statewide photojournalism award came from a digital Sony Mavica, shooting 640×480 pixels to a floppy disk. Not only did it allow for instant turnaround, but the non-threatening camera combined with chutzpah allowed me much better access to political events than the penned-in agency shooters. A few months later I got the bleeding-edge technology of a Nikon D1 in my hands, and the rest was… obsession.

Two more presidents and many, many cameras later, I have found myself consumed with a new passion: the crazy, wonderful, multifaceted world of weddings. I started dabbling in them in 2007, and by 2009 they were my life — that year I shot 65 weddings and at least as many engagement shoots. And, to everyone’s surprise, I’ve kept up that pace for the past five years. So by the time this even gets published, I’ll probably have broken or lost some of this gear and had it replaced by others — for example the Nikon D800 and Nikon D750 have come into my mix very recently as I try to make my setup smaller and more nimble, and the Sigma 85mm f/1.4 in the photos has been replaced by my third Nikon 85mm f/1.4G AF-S. But this is a good snapshot of my thinking at any given time.

Engagement shoots do not have nearly the variety of subject or scene that weddings do, so one of the things I try to do to keep it fresh is to bring different equipment almost every time I shoot. A long, fast telephoto is a must for portraits (and, yes, the Brenizer method), and I generally want something to capture general action and more candid-feeling shots, in this case the high-bang-for-the-buck Nikon 28mm f/1.8.

Then I have the “trick lenses,” which change every time. But I do like using the Sigma 12-24mm f/4.5-5.6, just because it’s so hard to use right for portraits that it has a striking, alien quality. The Nikon 45mm PC-E is another “what the heck?” lens, and I try to use it in ways that can’t be replicated in software, often thinking in multiple focal planes. Sometimes I won’t bring one of these, and sometimes I’ll bring lighting. It all depends on the situation of the shoot. But I always want to be able to throw it in a small backpack, especially since I usually ride a bike to engagement shoots (guide).

With weddings, however, we pack with military precision, and only some variables around the edges. Backups are crucial, so between me and my 2nd shooter we generally have at least four cameras on hand. The Nikon D4 is an unbelievable workhorse and with the Nikon D4s the best camera I’ve ever used, but I also have shot as long as 56 hours in a single weekend this year (do the math on that one) so we’re toying with the lighter Nikon D810 and Nikon D750 now.

Canon tilt-shifts have more versatility in their basic functionality, but the great thing about the Nikon is it also works as a 1:2 macro lens, good enough for rings and fine details and saving us a packing slot.

Other than cameras, the most useful tool we have on weddings days is the iPhone (already replaced by the iPhone 6 Plus; told you I go through gear fast). I share all of the details of the day with my 2nd shooters through Quip, and so we both have quick and easy access to things like the schedule and list of friends-and-family photos, as well as functioning as a quick, silent walkie talkie.

Other apps like the Dark Sky weather app have saved the day at many weddings, so I try not to worry about whether guests are thinking I’m playing Angry Birds or something, usually allayed by how busy I always look and how publicly I say things like “Look! No rain for 40 minutes, let’s get it done!”

We bring the 15-inch retina Macbook Pro for on-site backup, and my 2nd helps put together a day-of slideshow for the end of the wedding. Often people are having too much fun to even look at these, and that’s fine with me — the important thing is that we’ve created a preview that can go online within a few days of the wedding, while guests are still hungry for them.

The Holdfast Money Maker has been the best camera strap system I’ve used so far, though I do have to get used to the fact that when I get *really* low for a shot, my cameras are going to bang against the ground. It happens. The Switronix TorchLED is powerful, versatile, and relatively cheap, and I vastly prefer it to some of the more-expensive, somewhat gimmicky video lights out there. In low enough light, it can even pair with our LumiQuest SoftBox LTp, though we mainly pair that with our radio-controlled Phottix Mitros+ flashes (which we love, though we still have eight Nikon flashes in our equipment closet just in case).

Lastly we need hydration and sustenance on these long days, so we bring a few granola bars and water flavoring for the long haul. Breath mints are surprisingly handy when you have to talk to strangers at events that primarily serve coffee and seafood, and my hearing has been saved by cheap-and-powerful Etymotic earplugs. I can have a conversation with them on but also stand right in front of a booming DJ speaker, usually the only open spot in a crowded dance floor, and be OK.

All of this is joined by a LOT more equipment in my gear closet, and that I share with my girlfriend Tatiana Breslow, wedding photography’s biggest secret weapon. Between us, for example, we have at least 15 speedlights.

All of this goes in the Thinktank Airport Navigator bag, which amazingly can fit under the seat in front of you in an airplane, if you find yourself on a puddle-jumper with inadequate overhead storage space. It also has a very strong handle and large, smooth roller wheels, and has made my hear-toting life a lot easier this year.

Check out the 11 essential tools and apps every wedding photographer should be using this year.