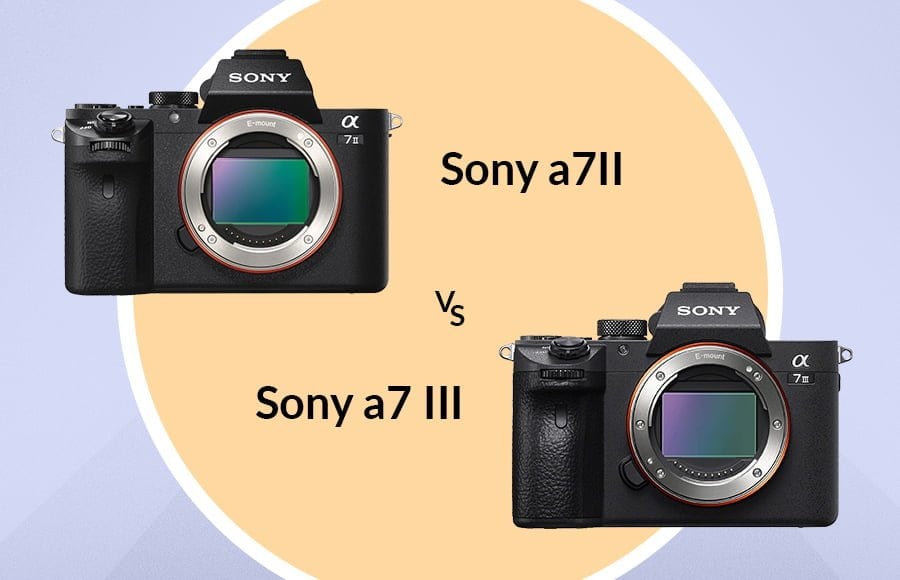 If you are in the market looking for a full frame mirrorless camera, this Sony a7 ii vs a7iii detailed comparison will help you narrow down your search.

Sony created a buzz when they announced the a7ii, and it was for the right reasons. The camera packed high performance with an affordable price tag. 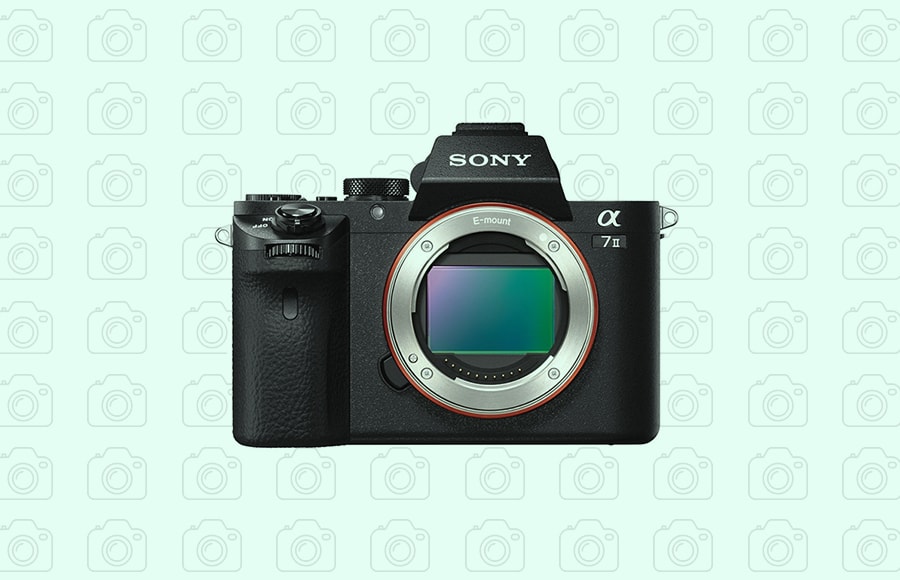 With double the ISO sensitivity, improved autofocus and 4k video, the A7III is worth the extra pennies.

The a7ii saw widespread global adoption, from professionals and enthusiasts alike, and it turned out to be a very popular camera.

However, with the third generation of the series, the a7iii, Sony has raised the bar much higher while maintaining a similar price bracket.

The a7iii is the more advanced camera of the series, though, since its arrival, we are seeing discounts on the price of the a7ii, which means that it remains as an attractive alternative option.

To weigh the changes and similarities, let’s start our comparison.

Sony’s best-selling a7ii was, and remains, an awesome camera that now retails for an especially reasonable price, so when the company introduced a newer edition to the Sony alpha 7 lineup: the a7iii, it immediately had plenty of competition to overcome from its own previous version.

That said, the a7iii obviously comes with additional features and specs that Sony has used to justify both its higher price and releasing it in the first place.

The following are the key differences between the two models:

Sony’s a7iii comes with some more features and details and this means a heftier body. The difference is small enough not to be a major issue though.

While both models come with similarly shaped and sized weather-sealed body designs for shooting during rain, dust, or snow, the newer Sony alpha 7 edition weighs a full 100 grams more and is just slightly taller than its predecessor.

This is the main visible size difference between them. In terms of height and thickness, the a7ii and the a7iii are the same.

The Sony alpha 7iii also comes with a slightly more pronounced back button/dial for ISO and display control on the back of its body, and its recording button has been moved to the left of the EVF, which is itself framed by an ever so slightly wider eye enclosure for better viewing comfort.

WINNER: We prefer compactness in a mirrorless body, but here the Sony a7iii wins simply because its bulk involves practical upgrades.

Both the a7 ii Sony camera and its a7iii successor come with full frame sensors just as the original Sony a7 did, but the key considerations are in the details.

The newer a7iii sensor also comes with a front-end LSI chipset that increases readout and image processing speeds by 1.8x over those of the a7ii. The newer camera’s newer BIONZ X sensor helps this same process, as does the a7iii’s superior ISO range.

WINNER: The Sony a7iii is without a doubt the winner here. Its superior sensor performance is notable during low light shooting and for fans of street or nature photography, among others, this is an extremely valuable difference.

As we mentioned above, the Sony a7iii comes with superior low light performance due to its backlit full frame sensor, superior BIONZ X processor, and LSI chipset. What it also delivers, however, is a much higher ISO range of 100-51200, vs. the a7ii’s 100-25600.

While in practical terms, there’s almost no chance of getting decent, noise-free photos at either of the upper extremes of these ranges, this expansion does increase functional ISO in the Sony a7 iii to a level that’s higher than that of the older a7 edition.

A further improvement that the BIONZ X sensor adds to the Sony a7 iii is superior color reproduction and realism for both outdoor scenes and portrait shots of people.

The difference in quality isn’t huge but we definitely noticed it, and it saves time on post-production photo editing if you use the a7iii. We also think the a7iii offers better high dynamic range.

In terms of taking stable images, both the Sony a7ii and the Sony alpha 7iii come with the same 5-axis image stabilization technology for their E-Mount lenses. In this, they’re pretty much identical.

WINNER: The Sony a7 iii. It’s better with low light and at delivering functional ISO while also improving color quality and dynamic range.

While both versions that we’re covering in this comparison of Sony’s a7 line of cameras are wonderfully fast at shooting photos, The a7iii is the total hands-down winner.

It doubles the 5fps of the a7ii to 10fps with its new AF/AE tracking system and can even manage 8fps in live view mode.

The Sony a7iii even offers an anti-flicker option that the a7ii lacks. With this little bonus feature, it detects the frequency of fluorescent or other artificial lights and times its own shutter speed to minimize exposure variations between frames.

WINNER: Sony’s a7iii is the absolute winner at shutter speed and continuous shooting. If you want to do action photography with sports or animals, go for the newer model.

Just as it does with shutter speed and shooting, The Sony a7iii absolutely kicks the a7ii’s ass at autofocus performance.

Sony totally upgraded this part of their a7 camera lineup with the a7iii and what you get is a whopping expansion to 693 phase-detection points along with 425 different contrast-detection points over 93% of its full frame sensor area.

The newer of the two cameras even comes with Sony’s 4D Focus technology for tracking a moving object and predicting its movements for accurate focus selection at speed. It doesn’t always work but it’s impressive to mention.

WINNER: The Sony a7iii. It completely leaves the a7ii in the dust on autofocus.

As we mentioned above, the a7iii comes with a rear LCD screen that has the same physical dimensions as the a7ii’s display.

Strangely though, the LCD screen on the sony alpha a7 iii has a somewhat lower resolution of only 988,000 dots vs. the 1.28 million of the a7ii. It compensates for this with full touch controls of menu items and focus points.

The EVF screens of both cameras are basically the same with an OLED display, the same 2.3 million dot resolution, and the same placement.

The one difference between them is a change in the optical design that lets the a7iii’s EVF offer better magnification at 0.78X instead of the 0.71X in its predecessor mirrorless camera.

Sony’s a7ii mirrorless camera offers up decent but unexceptional video recording capability. It can deliver a maximum video resolution of 1080p at up to 50/60p at 50Mbps. This is good for most regular or documentary video recording but far from unique in any way.

The Sony a7iii, on the other hand, ups the ante considerably for film-making: It can handle 4K video and though it only delivers this at 24/25fps without sensor crop, what the camera does do is capture a full 6K worth of visual information before downgrading it to a stored 4K video format. This means increased sharpness.

There’s also an option for 4K video at 30p but with a 1.2x crop and only 5K of information reading. In either case, the a7iii is offering a whole level of recording that the older edition simply lacks.

One final feature of the newer Sony a7 camera is that it can do high-speed 1080p video at a hefty 120fps with in-camera slow-motion saving options.

Peripheral video recording features that both cameras share include:

WINNER: The Sony a7iii is by far the better video recording camera of these two. If you’re interested in documentary shooting the newer model is the much better package.

Simply put, the sony alpha a7 iii also offers the superior battery charge experience of these two cameras. Its newer NP-FZ100 battery technology outperforms the NP-FW50 of the a7ii by two-fold, giving you a total of 710 shots at a charge, or 610 with the EVF active (since it drains quite a bit of power for its OLED display).

These numbers may not seem like much if you’re used to the much larger shooting capacity of a DSLR, but by mirrorless camera standards, it’s very high.

The a7ii, on the other hand, can only deliver about 350 shots per charge. 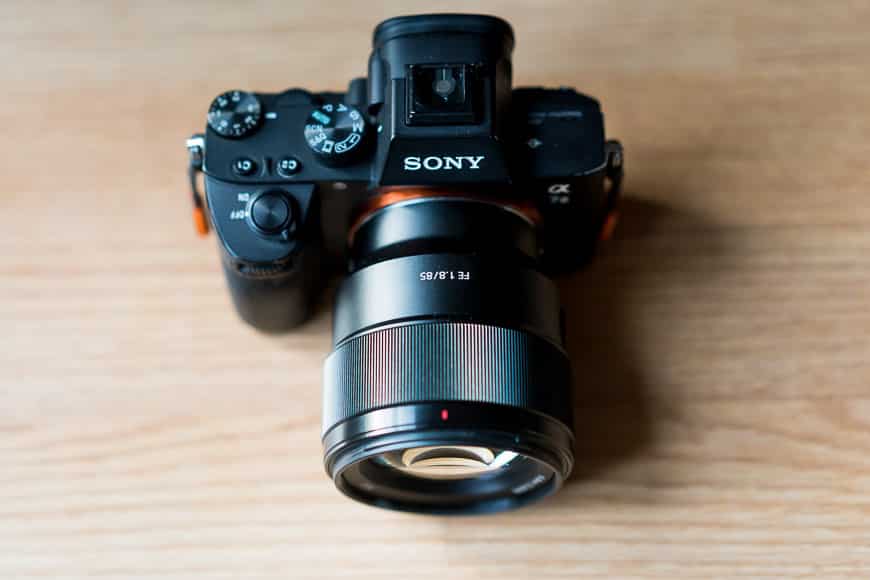 As our compilation of key comparison points above clearly demonstrates, the Sony a7iii beats the a7ii on just about everything.

Both cameras are very good and share key essentials such as high-quality image stabilization and weather-proofing but the a7iii manages to deliver far more technical performance for all types of shooting while only slightly increasing its physical bulk, which is important in a mirrorless camera.

However, here’s the interesting thing to keep in mind: A great camera won’t really make a bad photographer better while a good photographer can pull off most of the same high-quality shots even on a merely decent camera, so long as they’re slightly more patient with how they work their magic.

Thus, unless you need some very specific high-performance video recording capability or want to do precision action photography that would benefit from the a7iii’s much better focus point range and continuous shooting capabilities, the a7ii will deliver all of the essentials that you’d need for most kinds of professional or casual photography.

We mention this because while the a7iii is indeed notably better than its predecessor on key performance enhancements, it also costs more than twice as much, and you might not need to pay that price if you know that the older model can deliver for your needs.

Also, both cameras give you access to a wide range of Sony lenses – here are the lenses we recommended for the a7iii, which can also be used on the a7ii.

WINNER: The Sony a7iii is without a doubt the better of the two cameras, but its much higher price might not make it the right choice for every kind of need.
Editor's Choice

With double the ISO sensitivity, improved autofocus and 4k video, the A7III is worth the extra pennies.