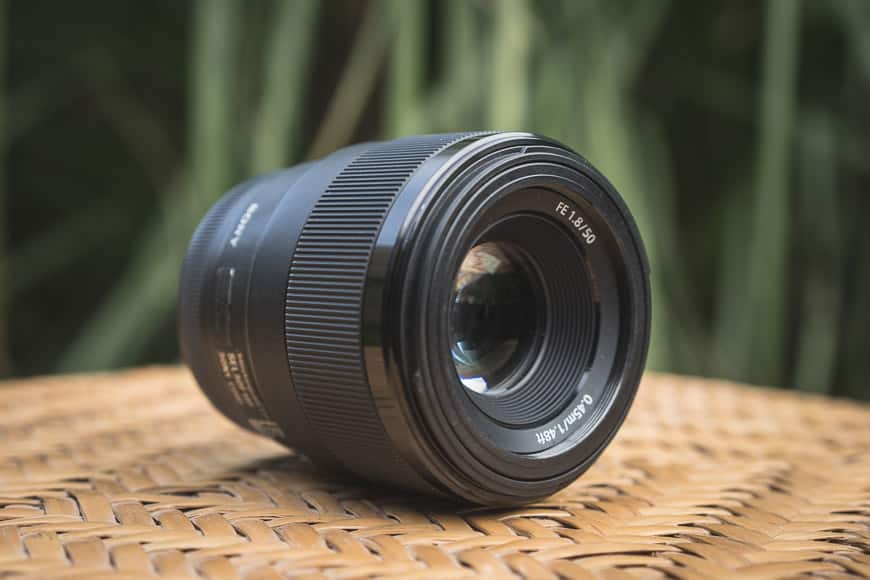 There’s a good argument that every photographer’s camera bag should contain a nifty fifty: a small, lightweight, relatively fast, affordable 50mm lens that’s a decent all-rounder when it comes to portraits, landscapes, and pretty much everything else in between.

Sony’s FE 50mm f/1.8 is a solid, inexpensive performer and it’s tricky to find a reason not to add it to your arsenal.

Thanks to some physics that is beyond my comprehension, the 50mm focal length allows lens designers to produce something that’s fast, sharp, and refreshingly small.

With an f/1.8 aperture, the nifty fifty is many photographer’s next step when graduating from the kit lens… so how does Sony’s version perform, and is it worth the money?

Solid performance and value for money collide in this compact Sony prime.

When I shifted from Canon to Sony a year ago, the first Sony lens I bought was the Sony FE 50mm f/1.8, and it’s been with me on every trip ever since.

It’s the perfect travel and walk-around lens, ideal when larger glass seems intrusive or feels too bulky, and gives excellent performance, especially when its price tag is taken into account. 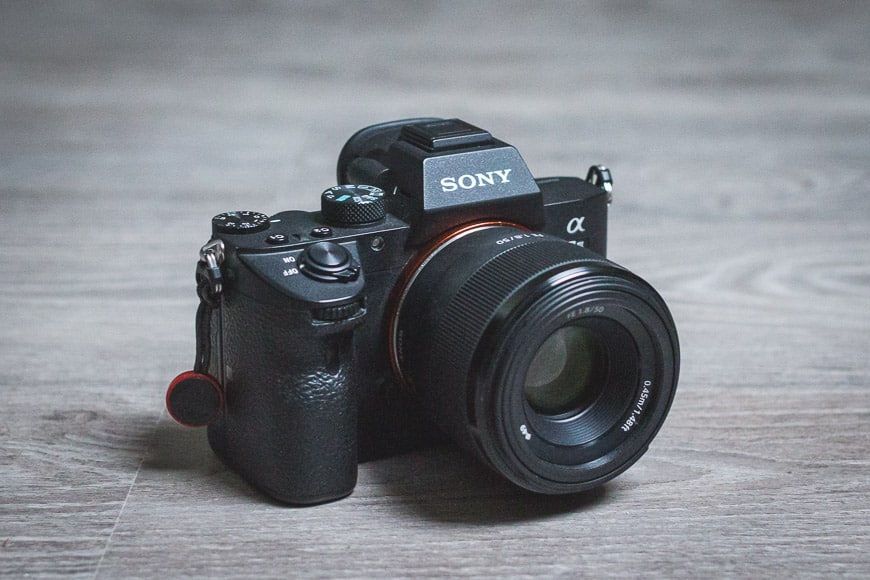 The build of the Sony FE 50mm f/1.8 feels fairly light, but there is a reassuring lack of play in the focusing ring – this gives you the suggestion that while materials might be low cost, this lens is still put together with care and precision.

The lens cap is far from solid, and the plastic spring mechanism in mine broke after less than six months. As a result, it no longer grips the front of my lens.

Inside the box, you’ll also ind a plastic lens hood that clicks into place.

Everything except the glass and the metal bayonet is plastic and the lens slots onto the camera smoothly – neither too tight nor too loose, as is often the case with low-end, third party glass. 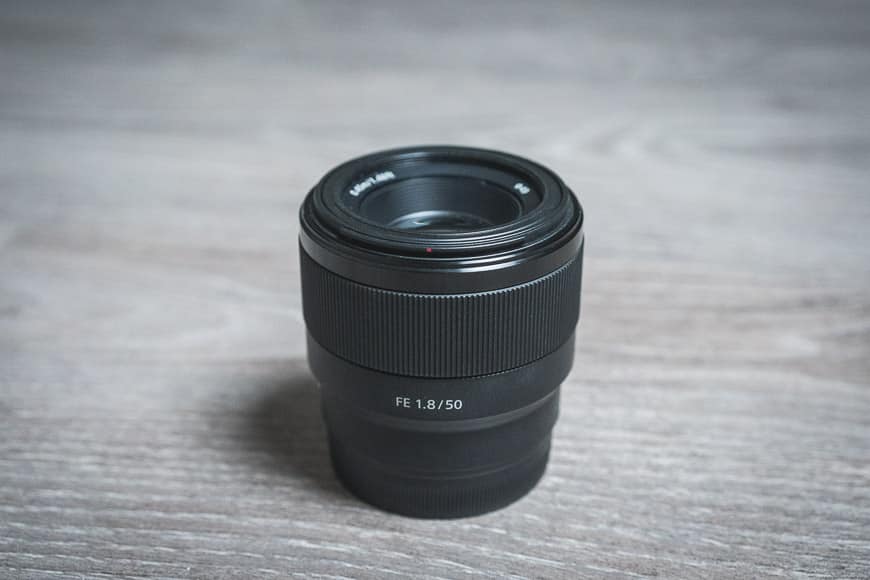 As with most lenses made with tight budgets in mind, there’s nothing else beyond the focusing ring which is smooth, though even that is perhaps slightly light for some tastes. The focus ring is electronic, not mechanical, which gives it this particular feel.

As a means of keeping costs down, there’s no AF/MF button, no aperture ring or customisable ring, and no customisable button.

As you’d expect, there’s no gasket to protect the lens mount and no weather sealing elsewhere on the lens either.

The Sony FE 50mm f/1.8 is as basic as it gets when it comes to autofocus lenses. 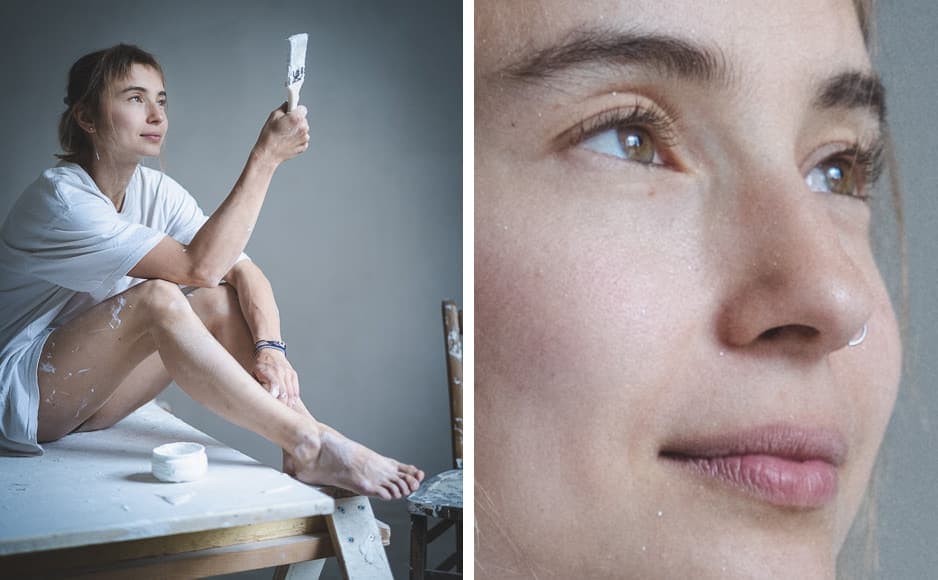 This is widely touted as the worst-performing Sony lens when it comes to autofocus, but it’s good to keep a few things in mind.

Certainly, it’s not as quick as the ZEISS equivalent, the 55mm f/1.8 Sonnar T*, but that lens is four times more expensive. 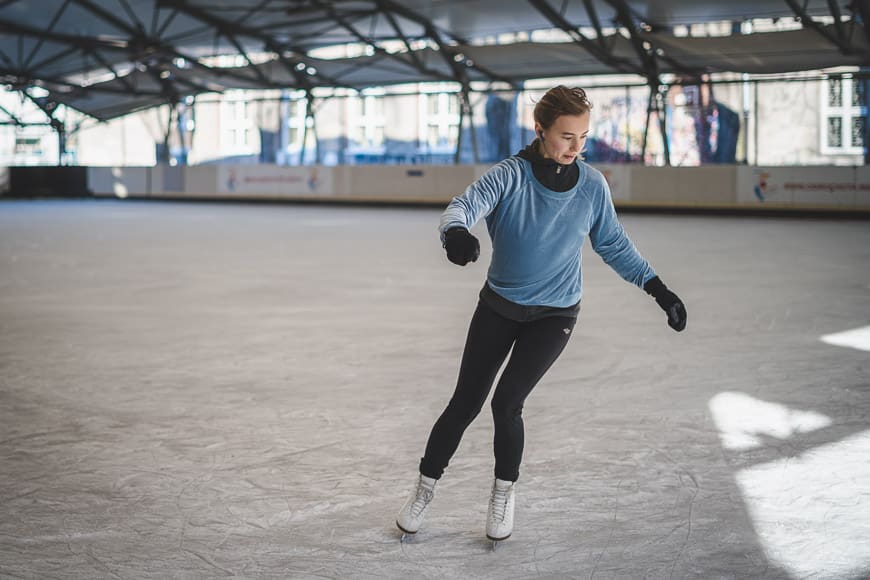 And that’s the second consideration: price. For the money, the autofocus performance is impressive and more than satisfactory for most shooting conditions. As you’d expect, poorly lit, fast-moving subjects can be challenging.

Autofocus is a little noisy but unless you’re shooting video with the on-board mic, it’s probably not going to cause too much of a problem.

You’d have to be doing something wrong to have its whirring disturb even the quietest of weddings. 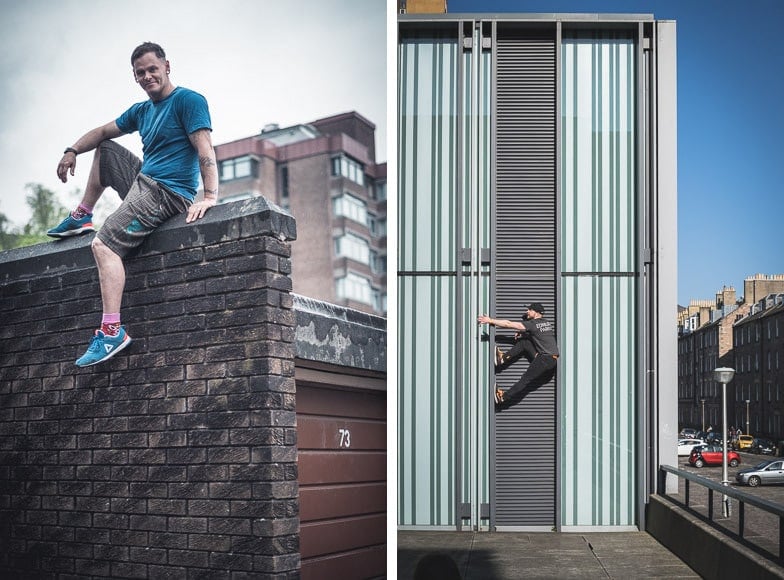 This lens is not going to scar your irises with its sharpness but it’s certainly not soft, even wide open. It compares favourably with the Canon 50mm f/1.8, and actually out-performs it when the Canon is adapted to Sony using the Sigma MC-11.

There’s some vignetting at f/1.8 which is easily corrected in post, and significantly improves at f/2.8, all but disappearing once you stop down to f/4.

As someone who likes a vignette and enjoys shooting wide open, I have no complaints. 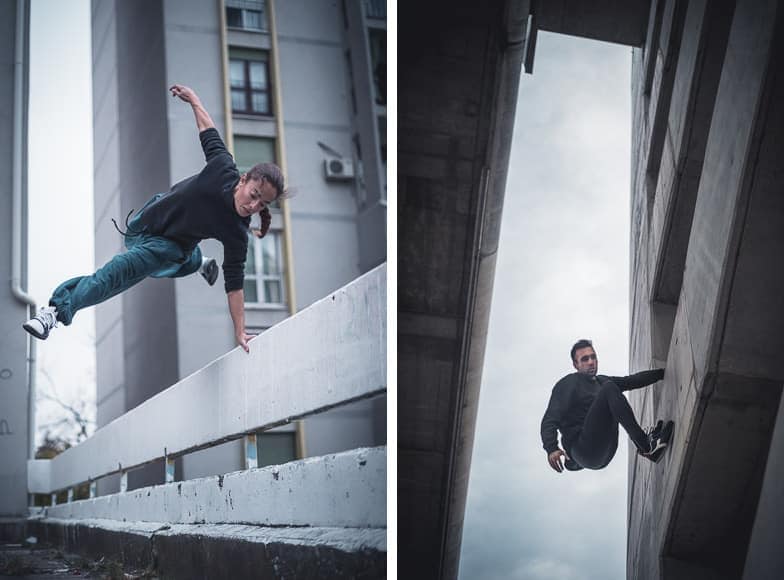 For me, issues only occur with strongly backlit subjects, which are often given a colour fringe when shooting wide open.

This spherochromaticism (blue/green on background objects, magenta/pink on foreground objects), disappears at smaller apertures but it’s worth knowing this limitation when shooting, say, portraits during golden hour. 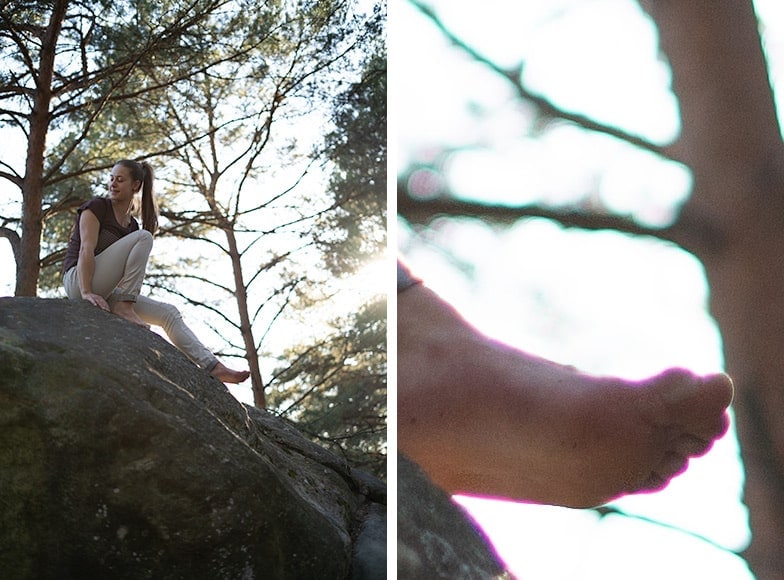 Affordable lenses tend not to have the same coatings as their more expensive counterparts, meaning that contrast suffers when a lot of light enters the lens.

This is true of the Sony FE 50mm f/1.8, but it’s not as severe as many nifty fifty lenses, and can be dealt with in post if you don’t find the effect pleasing. 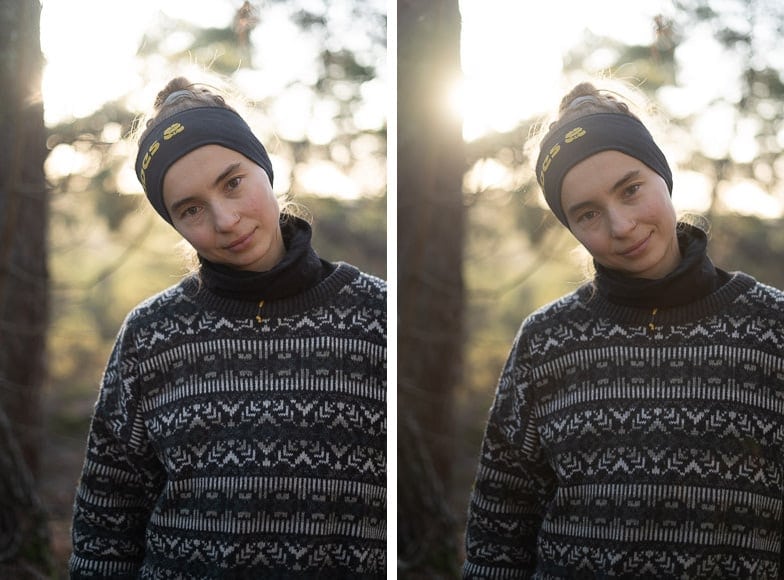 Sony A7 III + Sony FE 50mm f/1.8 | 1/250 f/1.8 ISO 125. Both images were shot with the same settings and are shown here straight out of camera. Note the slight drop in contrast on the right as a result of more sunlight entering the lens. Note also the lack of lens flare.

Out of focus areas are smooth and unobtrusive, offering distraction-free separation between subject and background.

For such an affordable lens, the bokeh is definitely satisfying. 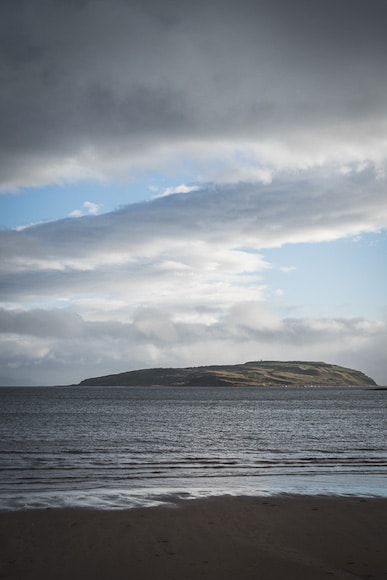 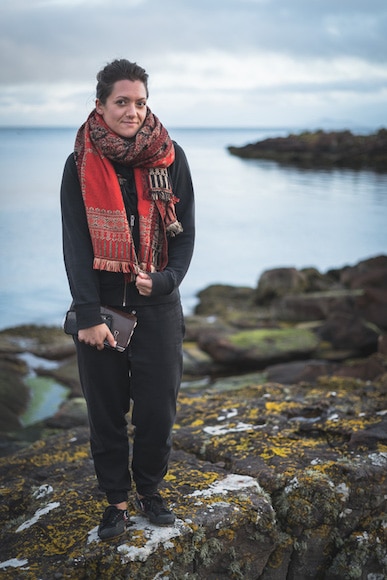 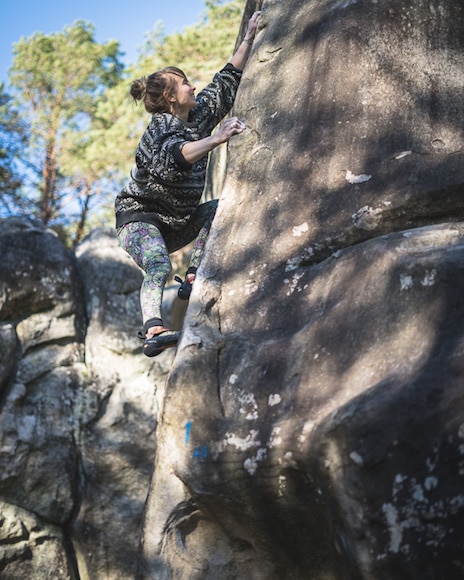 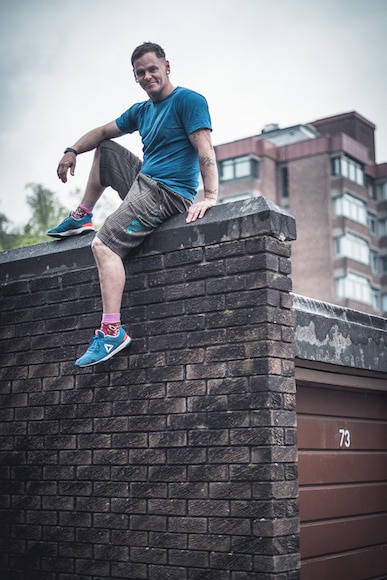 As an entry-level lens for a full-frame mirrorless camera, this lens is excellent value for money, even if quality control as a result of Chinese manufacturing isn’t quite as strict as other Sony products.

Nikon’s NIKKOR Z 50mm f/1.8 is twice as expensive, and if you’re an L-mount shooter, you’re probably looking at the Sigma 45mm f/2.8 DG DN Contemporary Lens, which is nowhere near as fast, and again, double the price.

Sony holds a distinct advantage when attracting budget-conscious shooters to its camera bodies, and the FE 50mm f/1.8 does a sterling job. No other mirrorless full-frame camera manufacturer offers this hugely important lens at such a good price.

With such solid performance, you won’t find better value for money than with the Sony FE 50mm f/1.8.

At around $250 and frequently discounted, this fast 50mm lens is a bargain, however slow the autofocus might be. 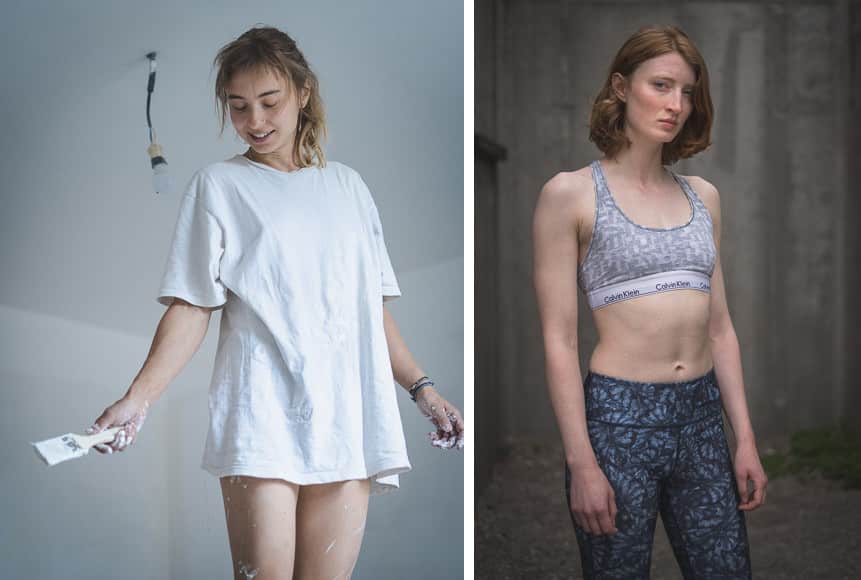 The Sony FE 50mm f/1.8 has a unique place in the world of full-frame mirrorless cameras, as no other manufacturer seems to understand its importance.

The nifty fifty is a great back-up lens to throw in a bag and all but forget about, and the images won’t look out of place if you suddenly decide to deploy it on a job alongside other lenses that are six times the price.

It’s also a great choice for those looking to upgrade from a kit lens. On an APS-C sensor, it offers a 75mm equivalent focal length, giving you pleasing bokeh without breaking the bank.

Eventually, I will upgrade to something heavier, sharper, and perhaps a bit faster, but even then, I will be hanging onto my Sony FE 50mm f/1.8, since  it really suits the Sony a7 III’s small form factor, making it a portable and unobtrusive lens for days when you want to travel light.

Solid performance and value for money collide in this compact Sony prime.